A cuppa solves all your problems 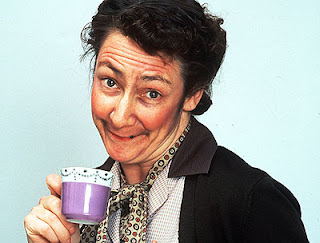 Ah go on! I thought as I pondered locations for today. We had done Catcott but there was a strong temptation to see if the Hen Harrier was still about. Reports on the SOS had it taking a Teal. Could the EFRS have similar luck? I doubt it but I went anyway. James had about an hour to kill and popped along as well.

The sun was shining lovely in Glastonbury as I started to pack my bag. Unfortunately by the time I had finished the fog had descended and now had the town well and truly shrouded. I headed out all the same and was soon out of the midst of the mist back into the wonderful winters sun. I really love this sort of weather it reminds me of my walking days in cold dry sunshine up snow clad Cnicht.

I was in luck! The mist was gone as I gazed out over the Lows of Catcott. The waters were high and the ducks a'plenty. No Hen Harrier though. I watched out while listening to the wonderful varied sounds the ducks make. Whistles, rasps, cackles and the occasional sarcastic Sid James laugh. But this was short lived I;m afraid. Things were a brewing in the distance and sure as duck eggs are duck eggs the misty wall ominously galloped towards me. Within a few minutes all was gone 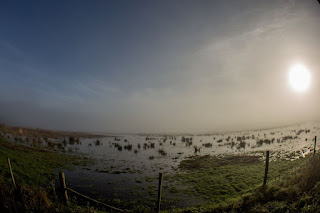 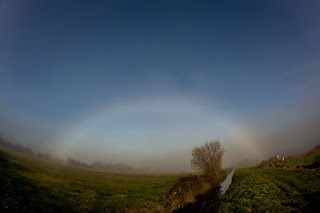 One good thing was this Fogbow or White Rainbow caused by the sun refracting through the fog just as it does rain.

It was of course the perfect cue for James to roll up complete with his new Ninja-esk snood. We could just about get some things that were within a hundred foot but after that it was useless. It didn't get any better and after an hour or so James had to shoot off to a Panto. I think he's doing Mother Goose this year! I stuck it out for a bit longer and enjoyed the stillness. Even I had to give up the ghost and decided to do what any blue blooded Englishman would do and go and have a cup of tea. Plan was to head over to Greylake after anyway. 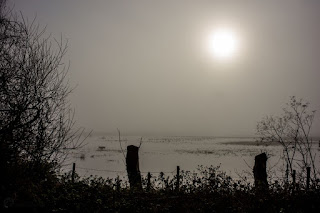 A quick stop at Eco-friendly bites to refuel with a cuppa and a mince pie....... ok two mince pies. I had changed my mind and headed back to Catcott for round two. I wasn't giving up on that Hen Harrier. Luck was with me, well sort of. 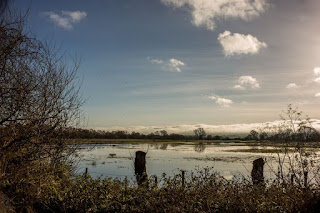 So we can now crack on with the birds. 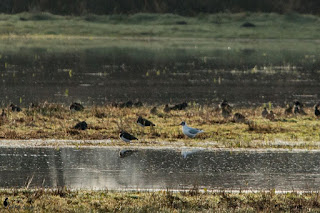 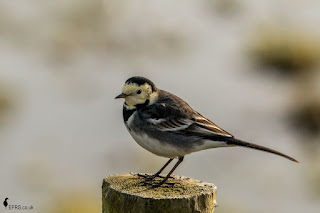 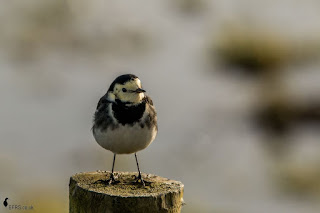 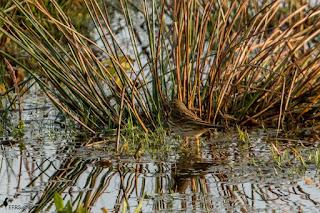 I'm going to go out on a limb and say this is a Water Pipit. What do you think?
(I appear to have lost a leg as this is a Meadow Pipit - never mind) 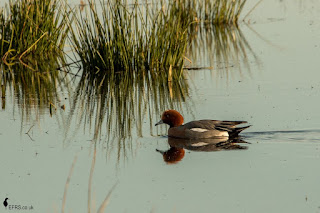 Wigeon in a rush 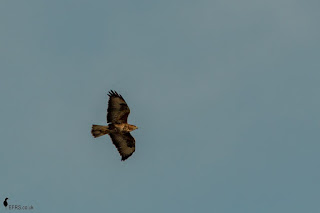 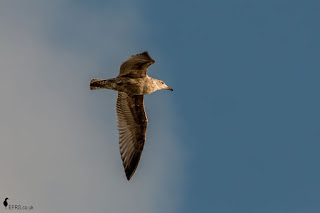 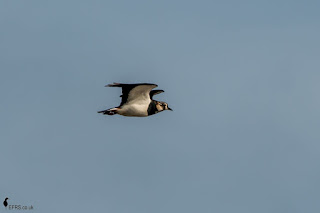 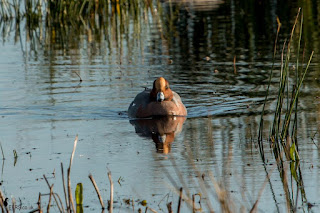 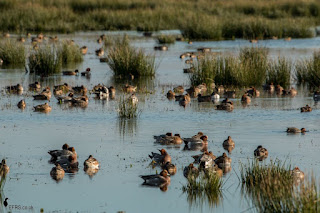 Look at them all! 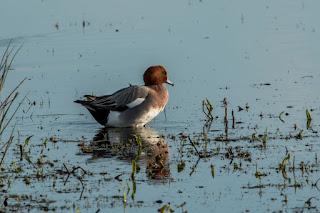 Wigeon again. Hey there were a lot of them and the Pintails were a long way away in the mist. Ha! 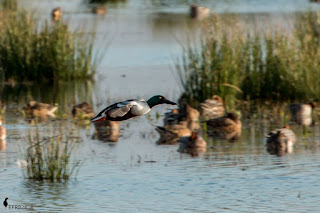 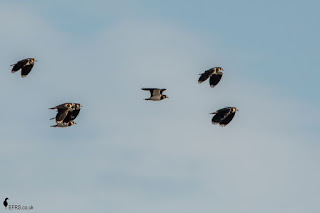 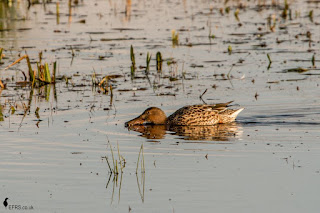 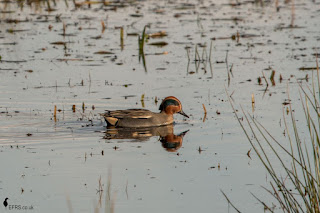 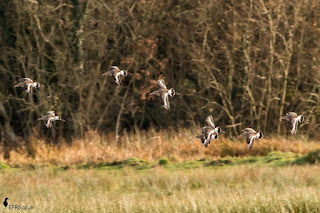 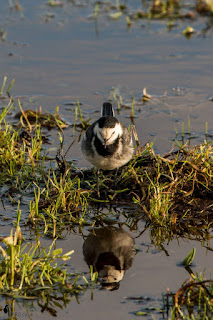 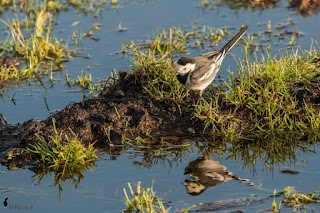 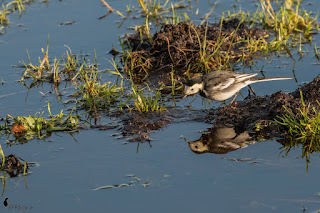 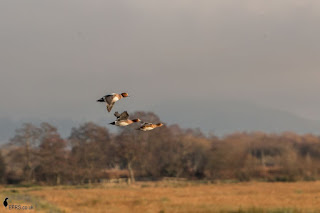 The finale was a Great White Egret which decided to come a bit closer. As with the Wagtail the water was perfect for reflections 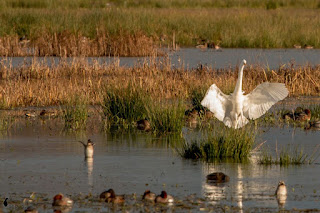 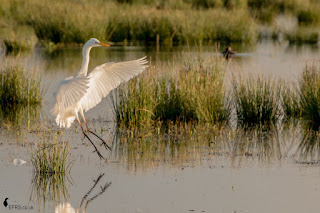 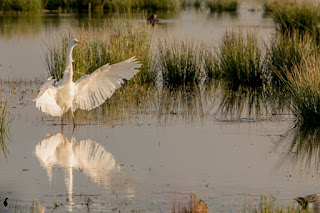 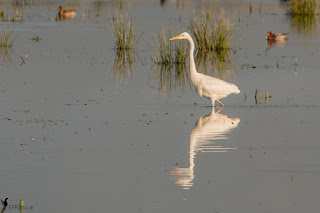 It turned out alright in the end. I did keep dreaming of Hen Harriers all that time but never mind. You see if your in a pickle all you have to do is have a nice cup of tea and all will be right with the world again. Ah go on!

James: Meanwhile I buggered off home.  Through the mirk and fog a single Buzzard sat happily on a post.  Rather annoyingly a car was right up  behind me, So it was a quick picture. 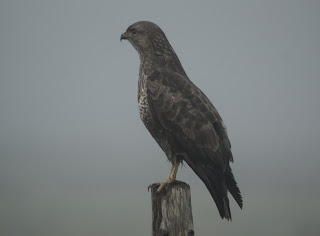 Buzzard in the fog - my only contribution to this post...