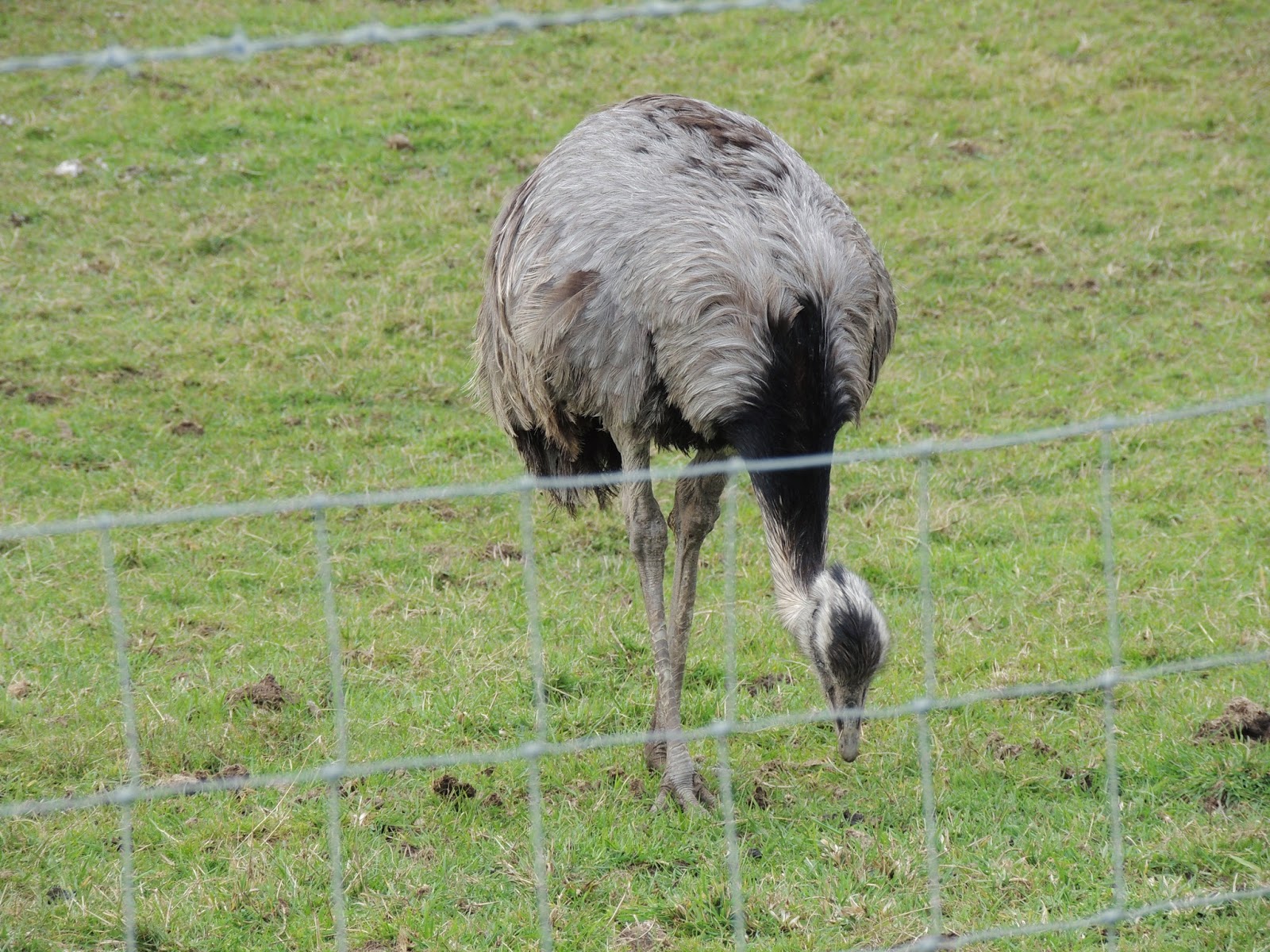 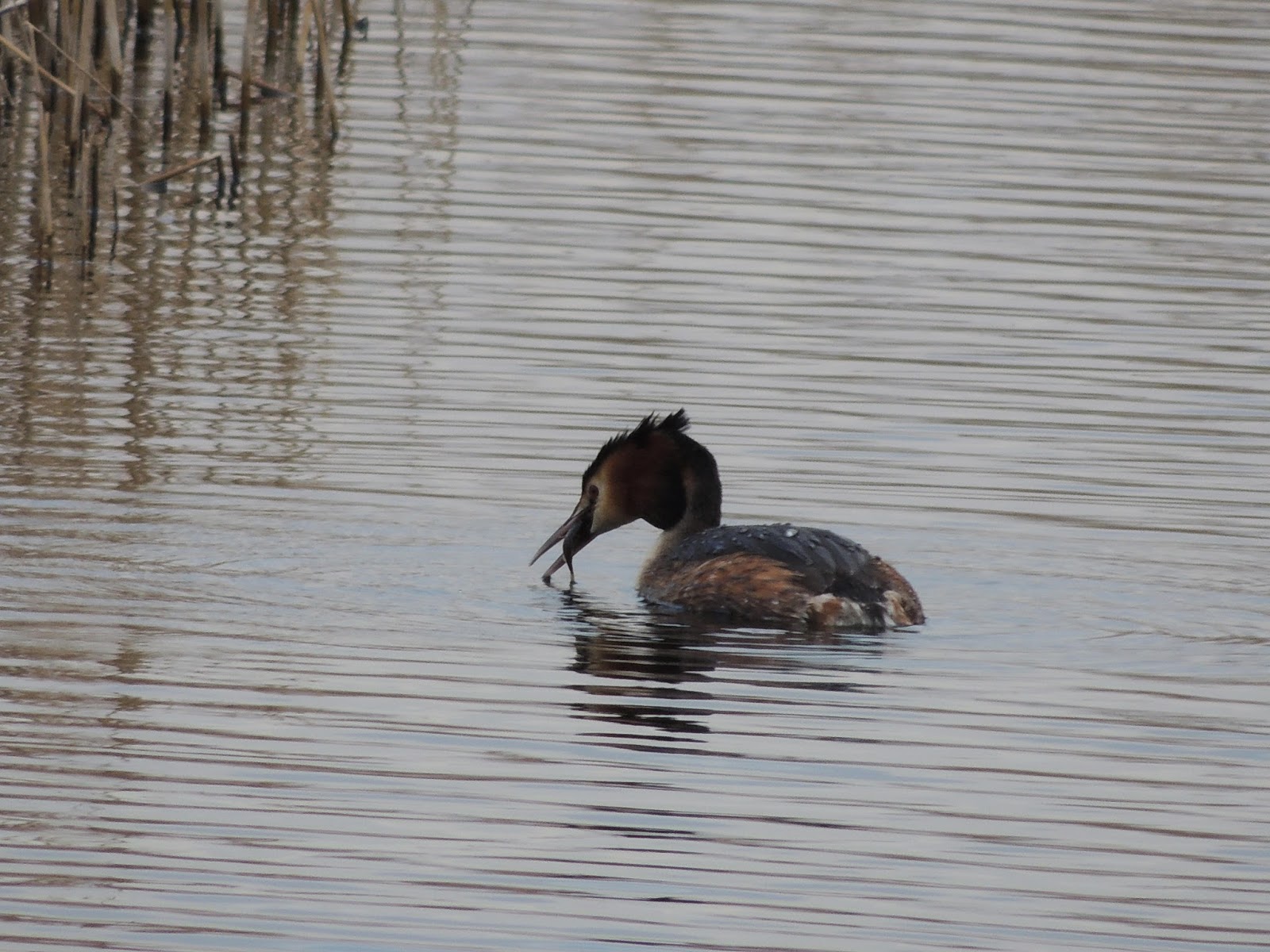 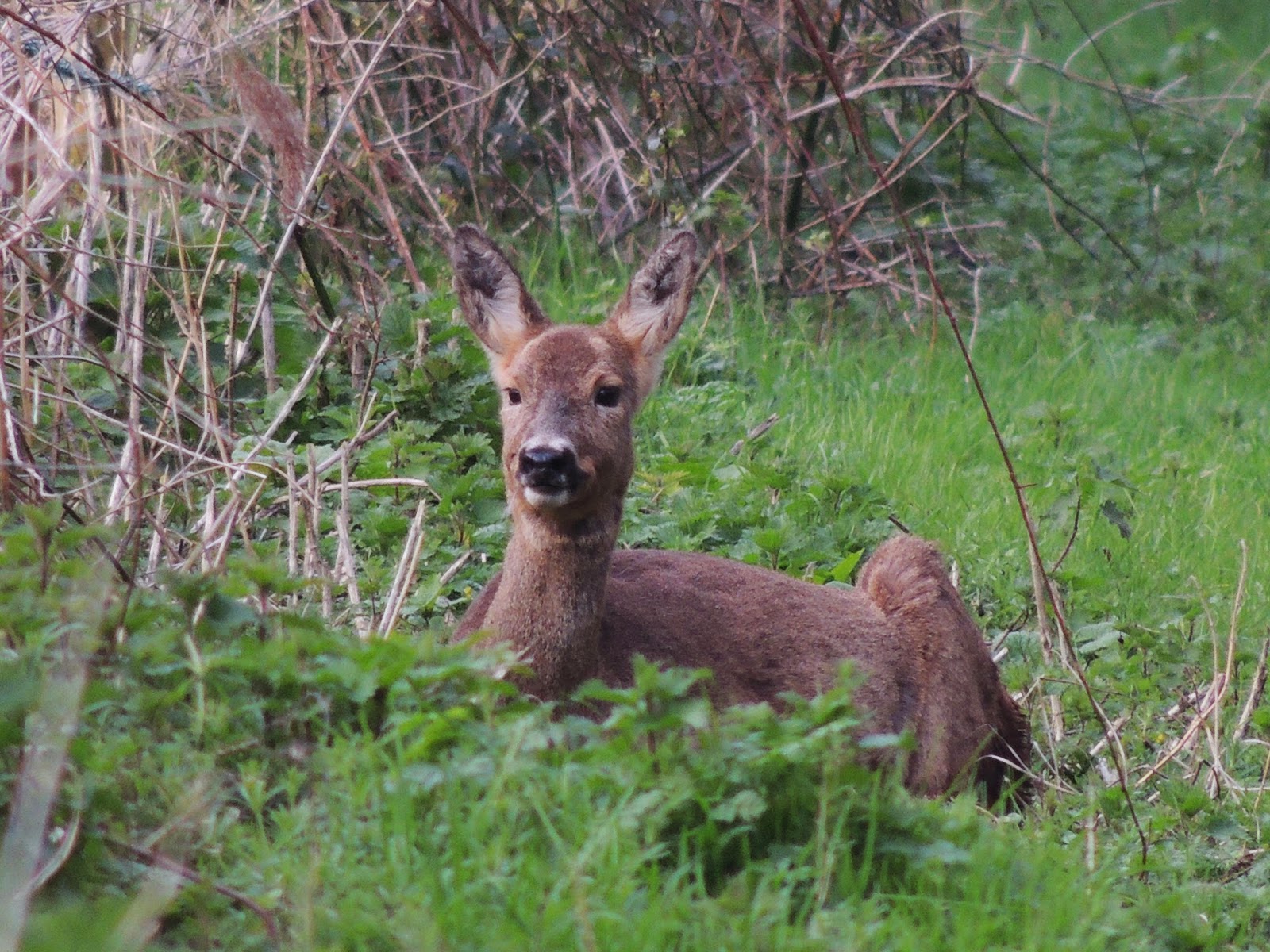 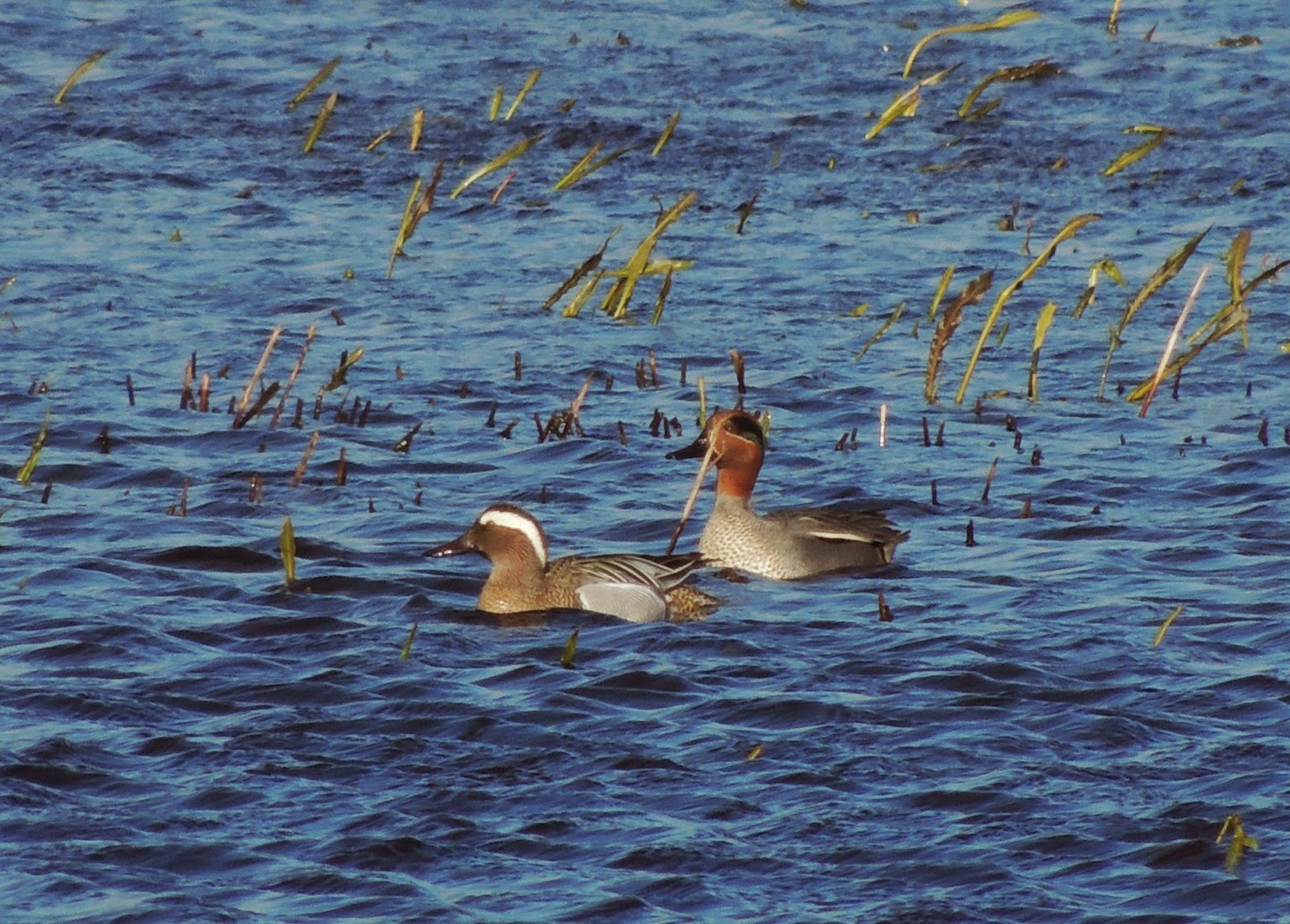 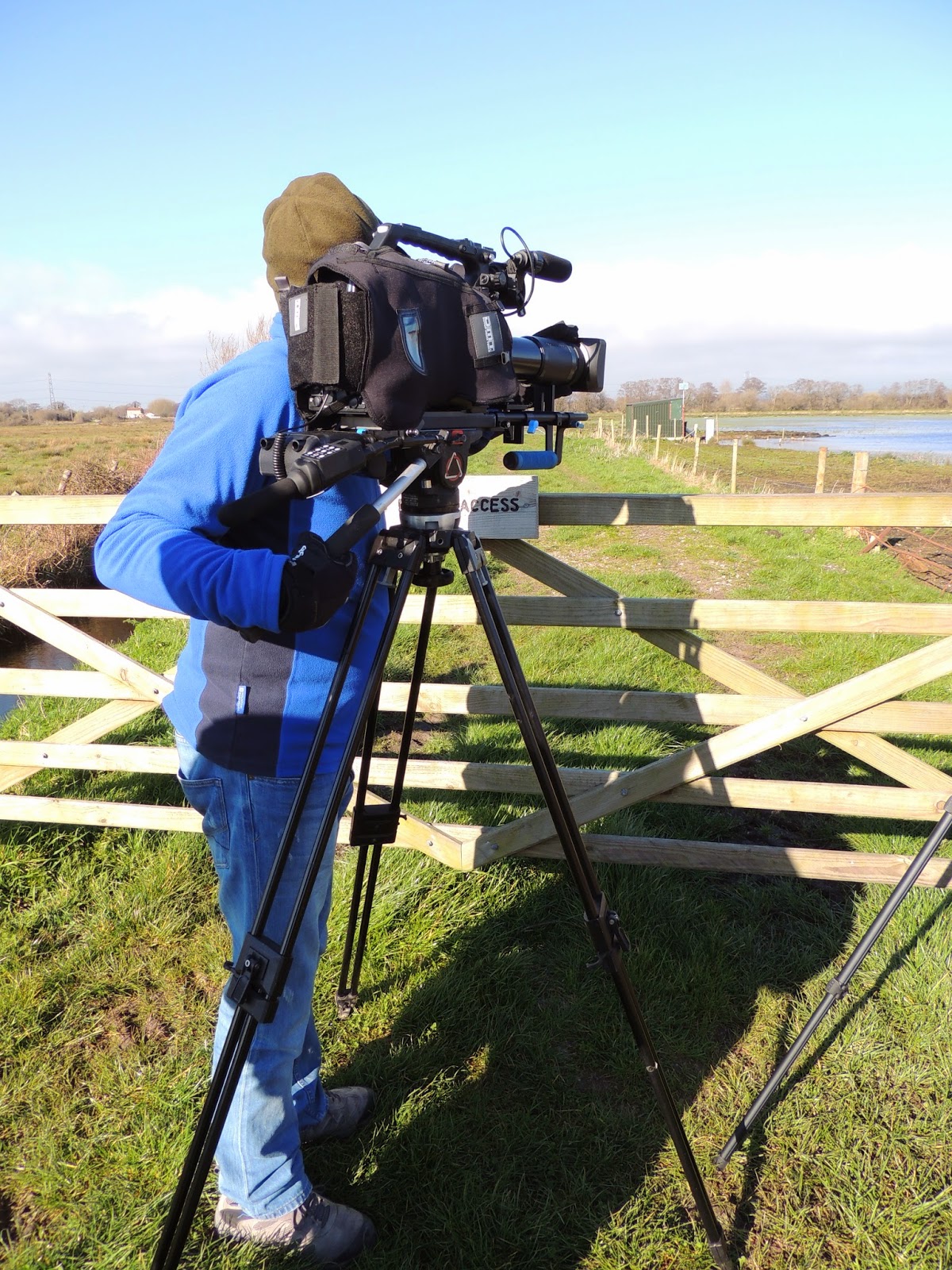 Well another quiet day at Shapwick and Ham Wall. Most things worth looking at where quit a way away or very fleeting. There were a few Woodpeckers about which I tried to capture on each occasion but they were way too quick for me. Had a few interesting chats to fellow birders. On these occasions I just wait for the inevitable interesting thing to occur. Today it was something very unexpected. As I cycled along through Shapwick I happened to glance down and by the skin of his teeth (If he had any) I missed squashing a Common Toad. Screeching to a halt I whipped out my camera to try and catch a shot of these flighty beasts. Luckily I was on him in a flash. With only about 5 hours of daylight left I had to work fast. So being careful not to get any toad snot on my lense I set to work.................... 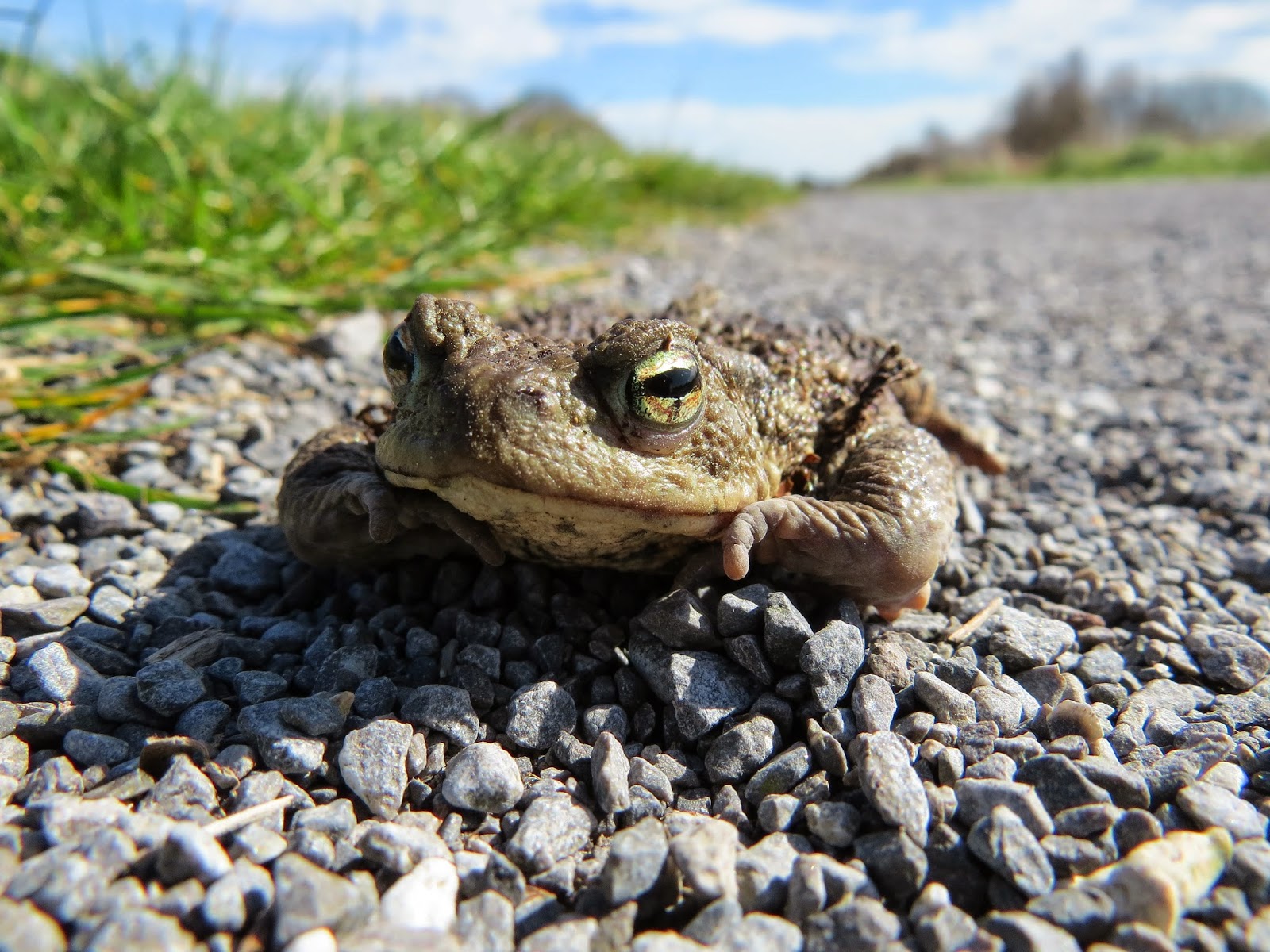 "If you were a slug you would be in trouble" 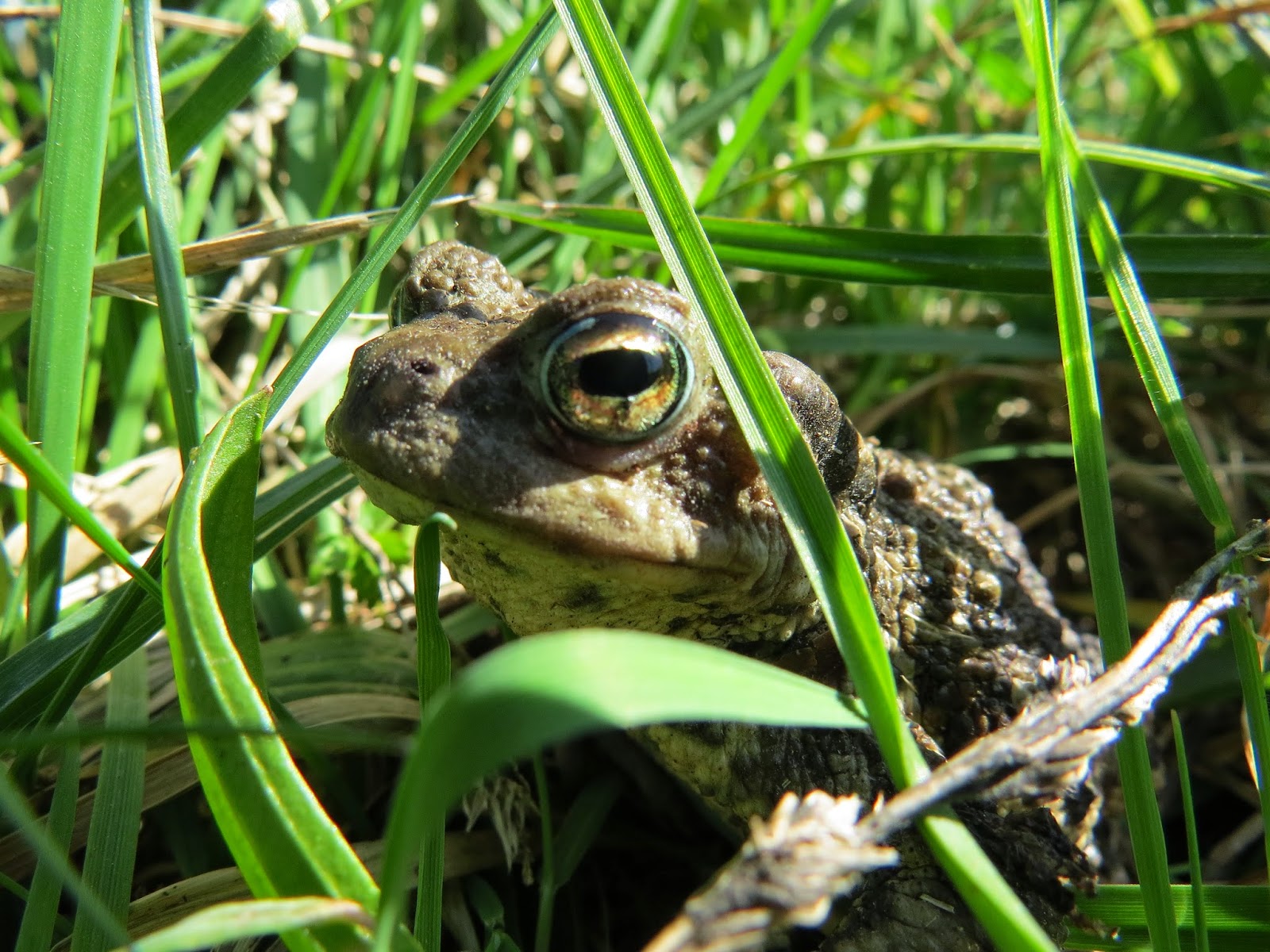 Im no expert but I think its a Male.
I must give a word of thanks to the various passers by who expressed concern over my being prostrate on the gravel path.
Not quite up to James latest offerings but a first for the EFRS nonetheless!

Bright, sunny and a saturday.  A good reason to get out and about!

I bundled myself into the car and down to Catcott.  I was keen to try out my new tripod and what a beauty it is.  Soon I was panning and tilting with the best of 'em.  Despite the breeze it held fast and didn't wobble about.  I could even track flying birds (yes my old tripod  was that bad).  I was so pleased that I started looking a pigeons for a while, just because I could!

Anyway, I need something a bit more exciting to look at...

Lots of standard stuff about frolicking in the sunshine. 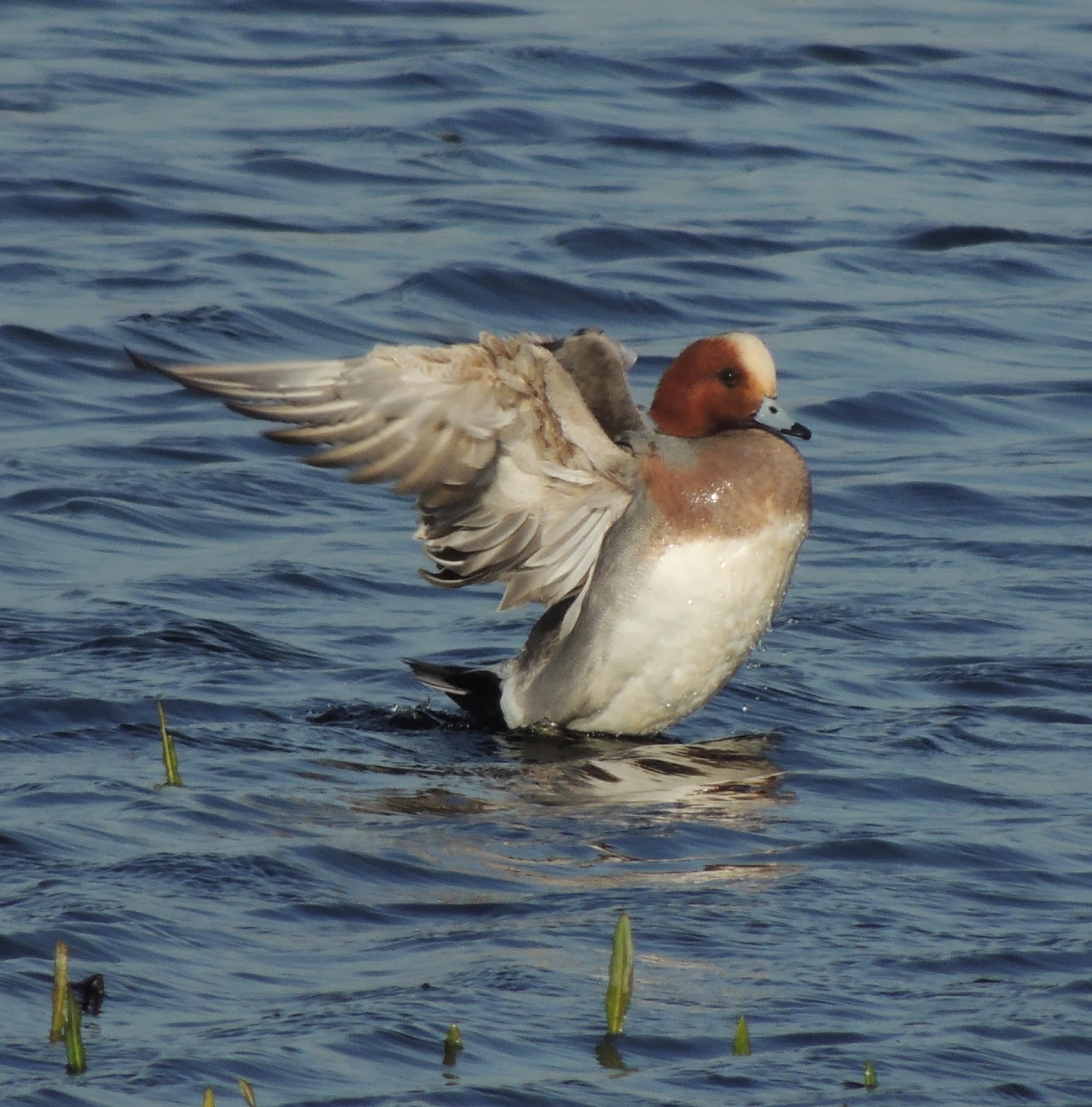 The herons were looking great in their breeding attire. 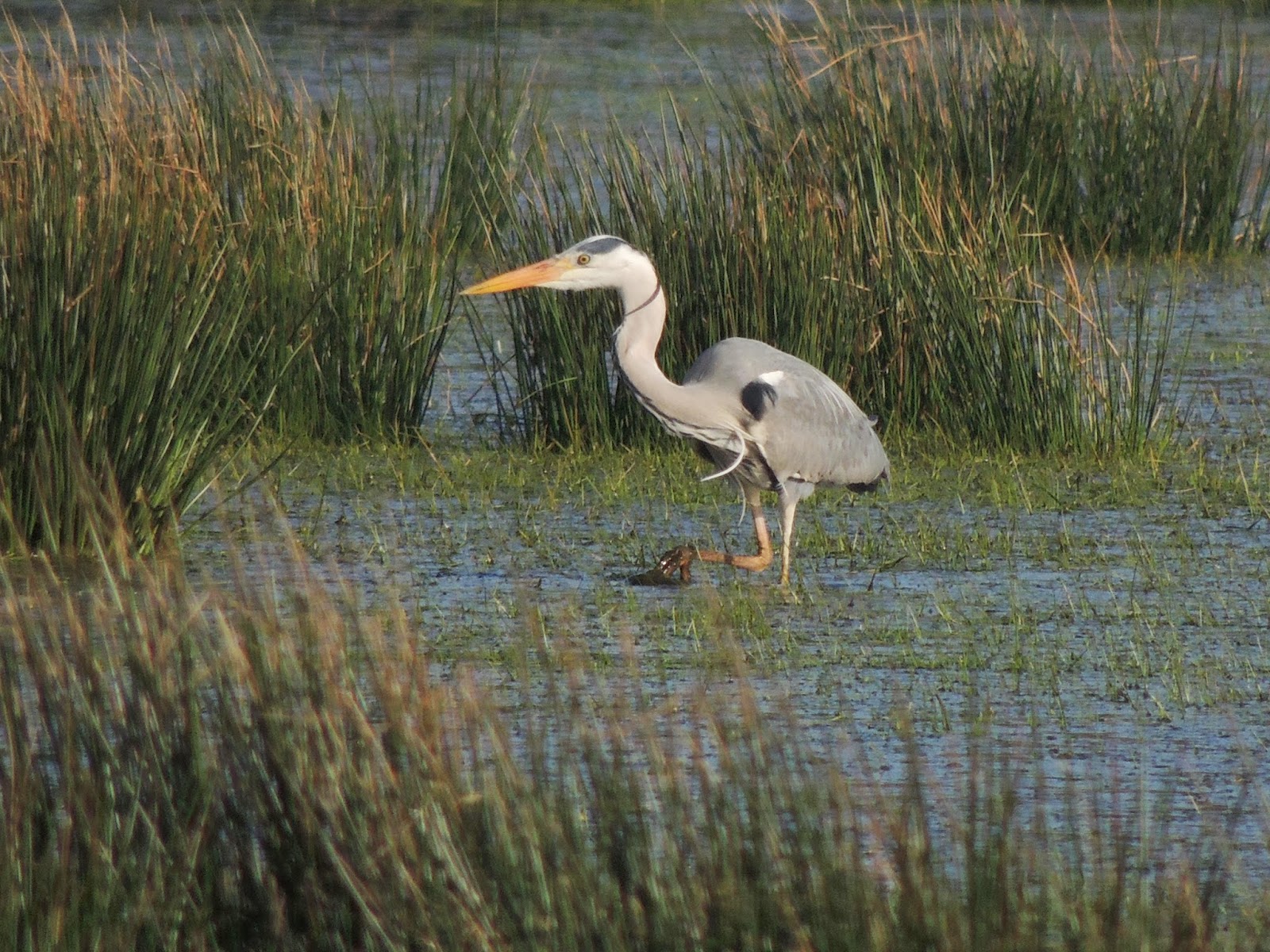 I watched a Roe deer feeding for a while and then noticed something else.  In the reeds a brownish looking wader skulking around.  I couldn't work out what it was - very heron like.  I thought it was a Bittern.  But its head was quite pale and contrasted with its body. It looked a bit bigger as well, and not as stocky.  It had a black stripe running behind its eye (i think - it was a long way off). A grey cap was also evident. Anyway it disappeared and re appeared a few times. I was puzzled.

On to Tealham and plenty of herons. 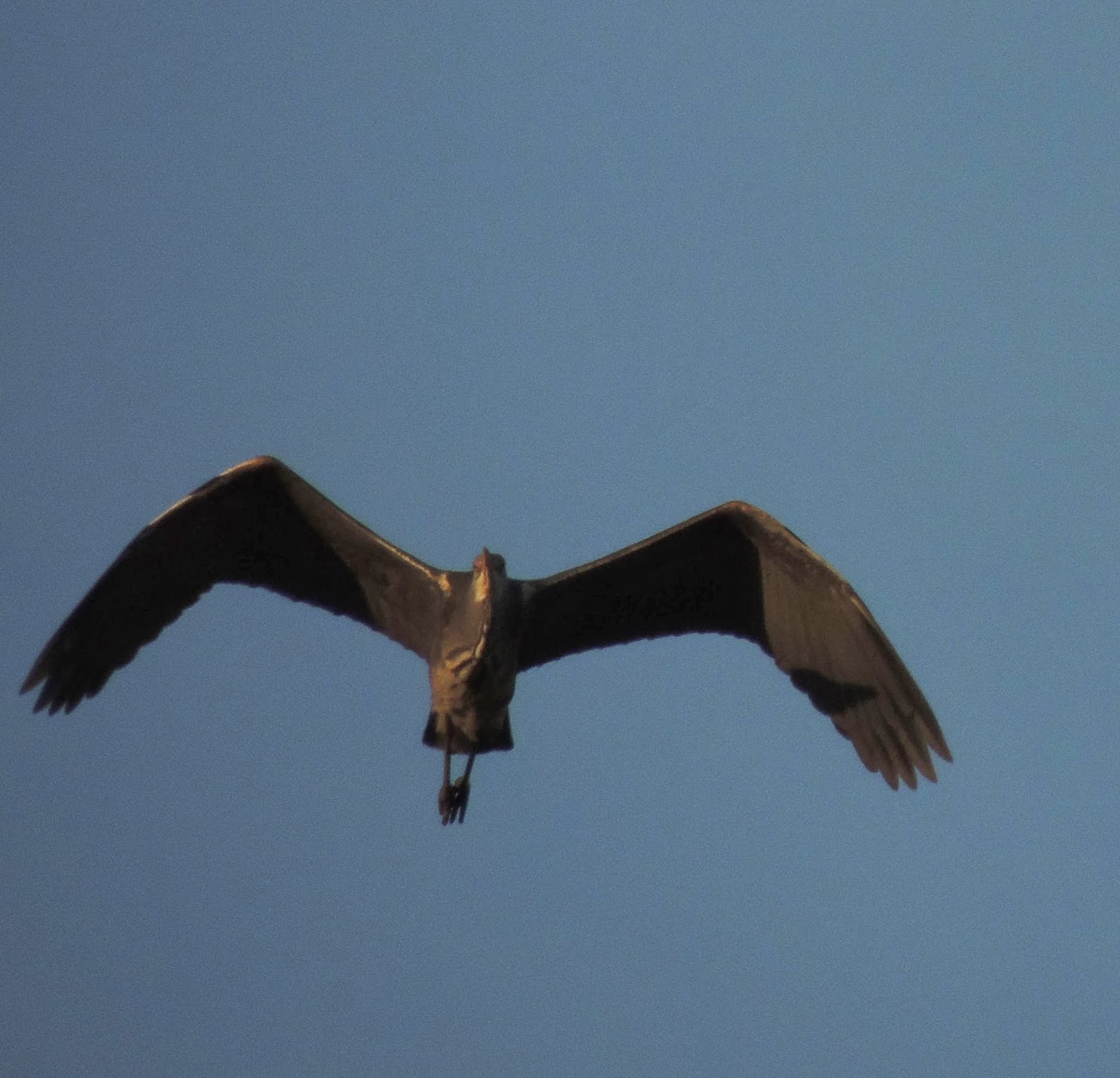 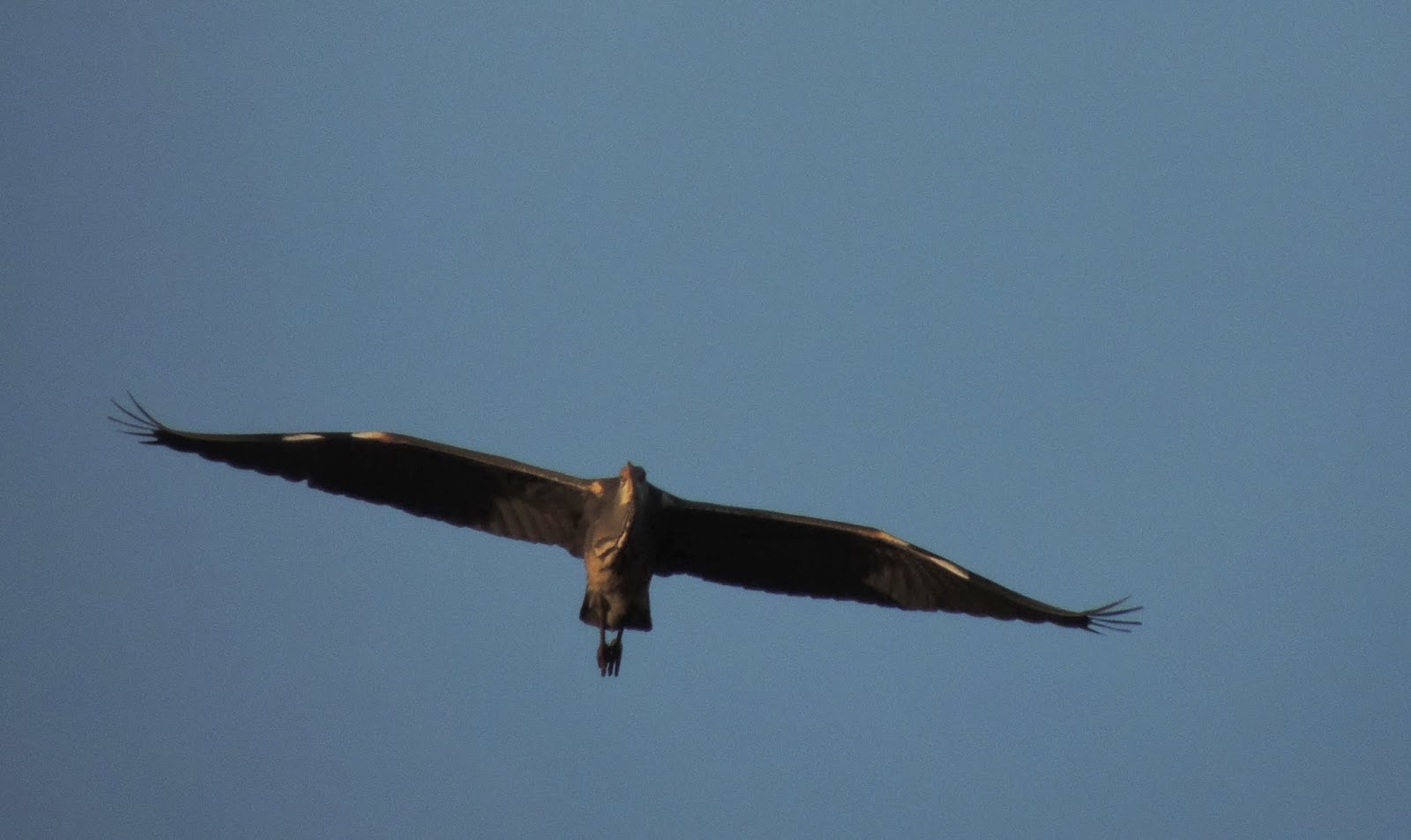 Back home I checked the herons pages.  The mysterious bird looked like a Purple heron to me...

Now the evenings are getting a bit brighter I thought I would take the opportunity to go down to Cheddar reservoir.  Now I don't go here all that often and when I do it is normally in the company of my 2 year old daughter.  She doesn't like birding.  She does like shouting.  This doesn't sit well with the local creatures who call the lake home.  Normally the local wildlife scarpers to the middle of the lake and stays there until the loud and rather enthusiastic bipedal beast has departed the area.

Today I was flying solo.  I was quite keen to see the Long Tailed duck which has been hanging around.  I have never seen one before but had a vague idea of what one looked like.  So off I went...

Fortunately I came across two birders who were "dug in" with scope and binoculars at the ready.  They had already seen the duck but it wasnt around when I turned up (what a surprise).

Now heres the interesting part.  They had a Iceland gull in the scope.  Now my gull knowledge is limited and I have to say that they are not may favourite bird.  This all stems from a horrific experience in Glastonbury high street a few years back.  At Natwest cash machine I felt a large, cold, wet sensation on my head.  Looking up I quickly identified a number of Herring gulls flying about...

Herring gulls aren't noted for being picky with their food.  Kebabs, chips, chocolate bars... You name it.  Now what goes in has to come out.  The backside of a Herring gull is not a pretty place to be.  As you can tell I haven't fully recovered from what I had to wash out of my hair.

Anyway, I got a look at a juvenile Iceland gull.  An incredible spot and with confirmation from the bird book there was no doubt as to its identity.  A first for me.

I carried on round the resevoir with the normal pochard and Coots milling around.  A group of Tufted ducks caught my eye as one of them looked a bit different. 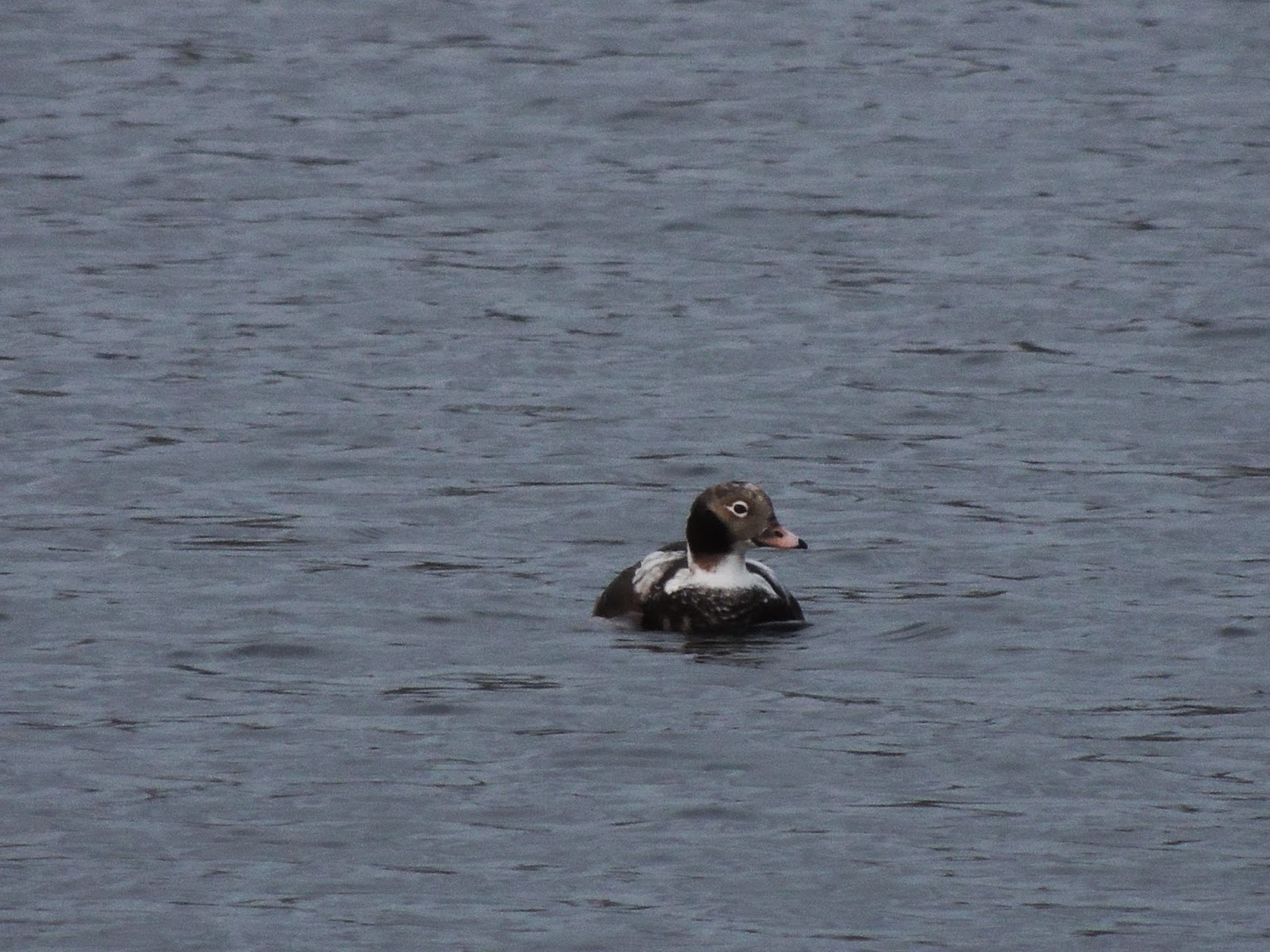 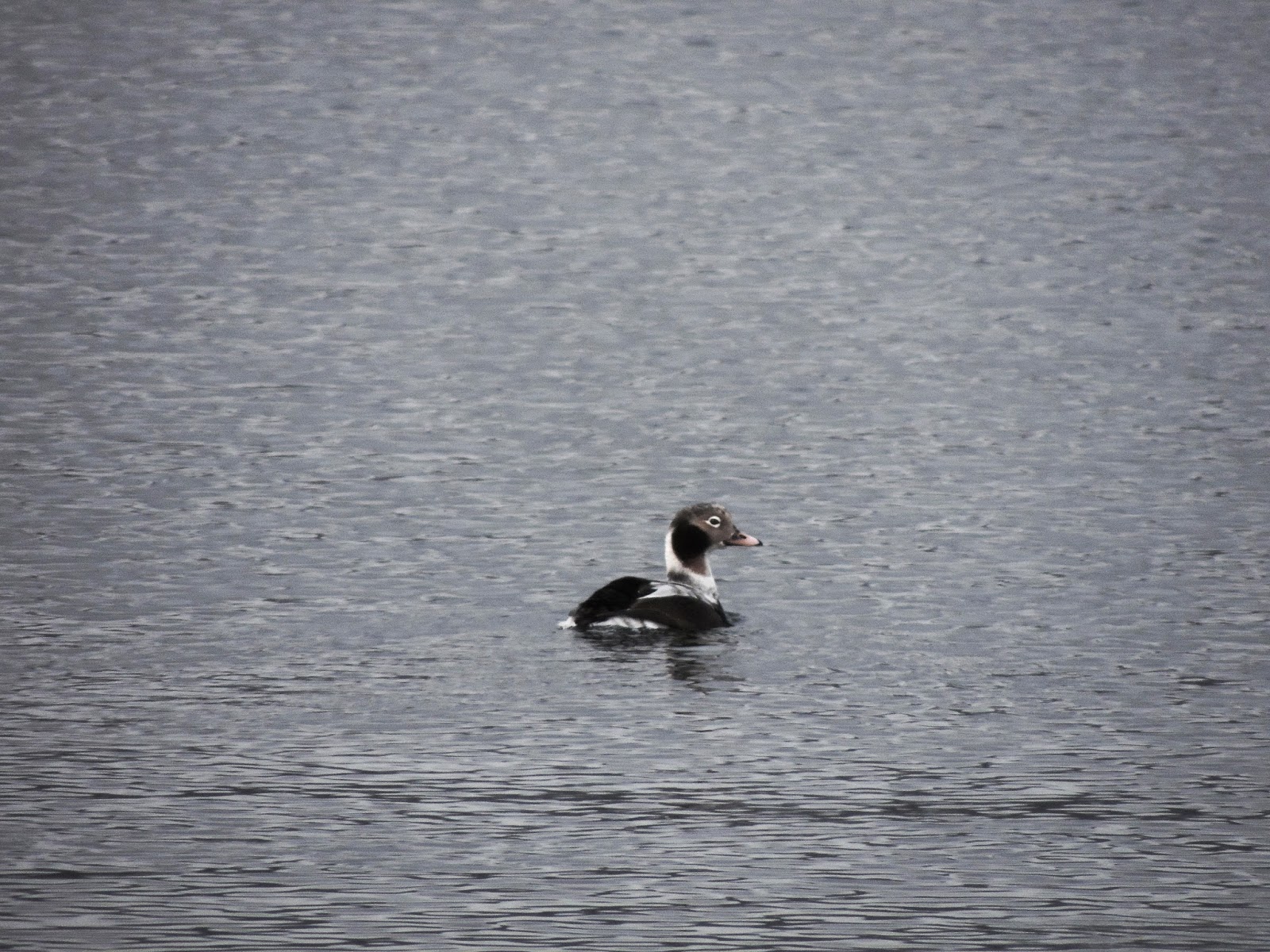 What a handsome critter.  I have to confess the the Long Tailed duck caught my attention for far too long.  It took me ages to get any worthwhile shots.  After about 20 minutes it did come reasonably close but the light was on its way out.

Rather pleased with finding the proverbial needle in the haystack I turned to go home.  Then some more interesting ducks flew over and landed. Now I am seriously impressed by these guys (and gals).  Goosanders are bigger than I thought and have some really nice striking colours.  Need to see more of them (in good light).

The evening ended with a very pleasant sunset. ... 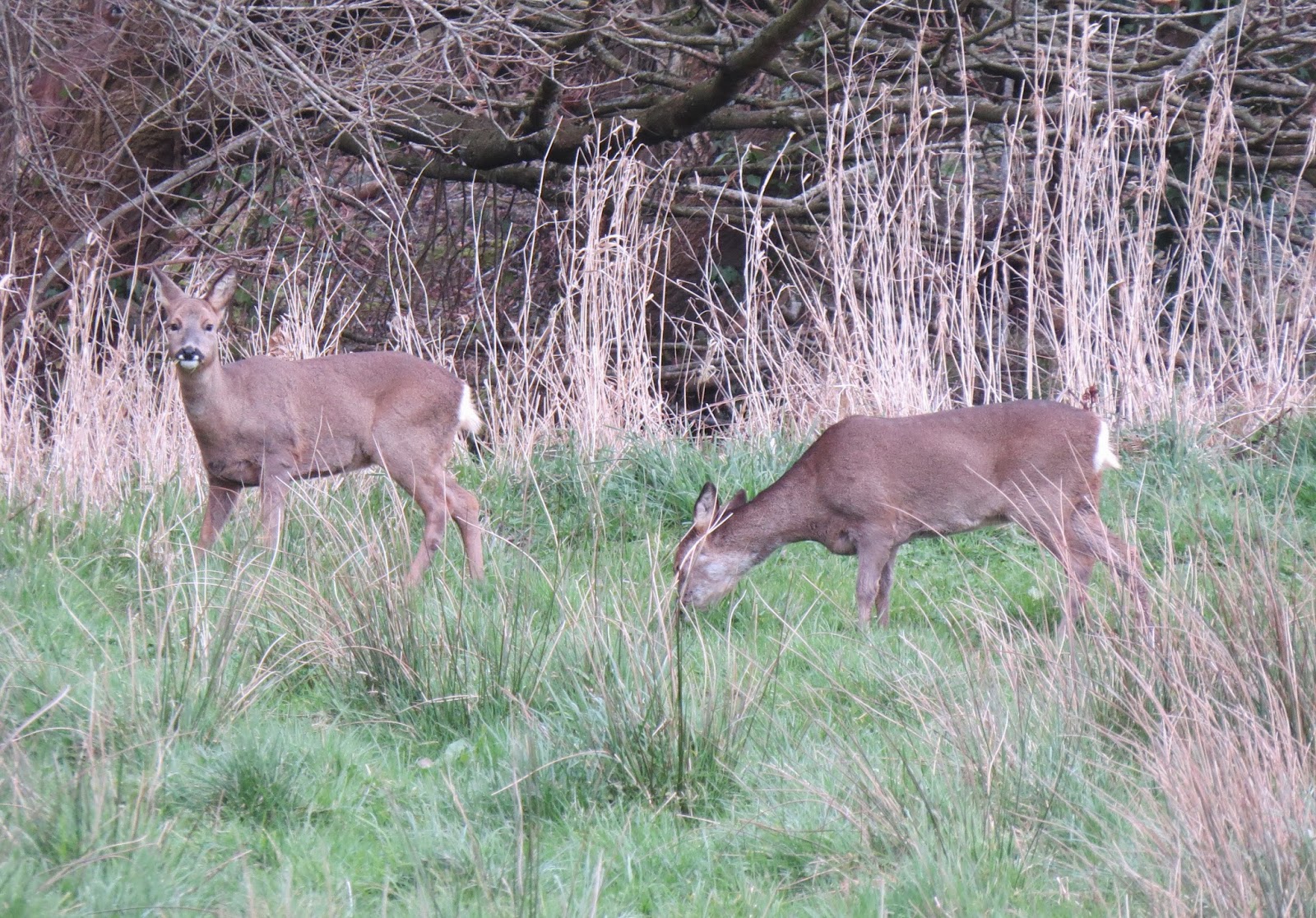 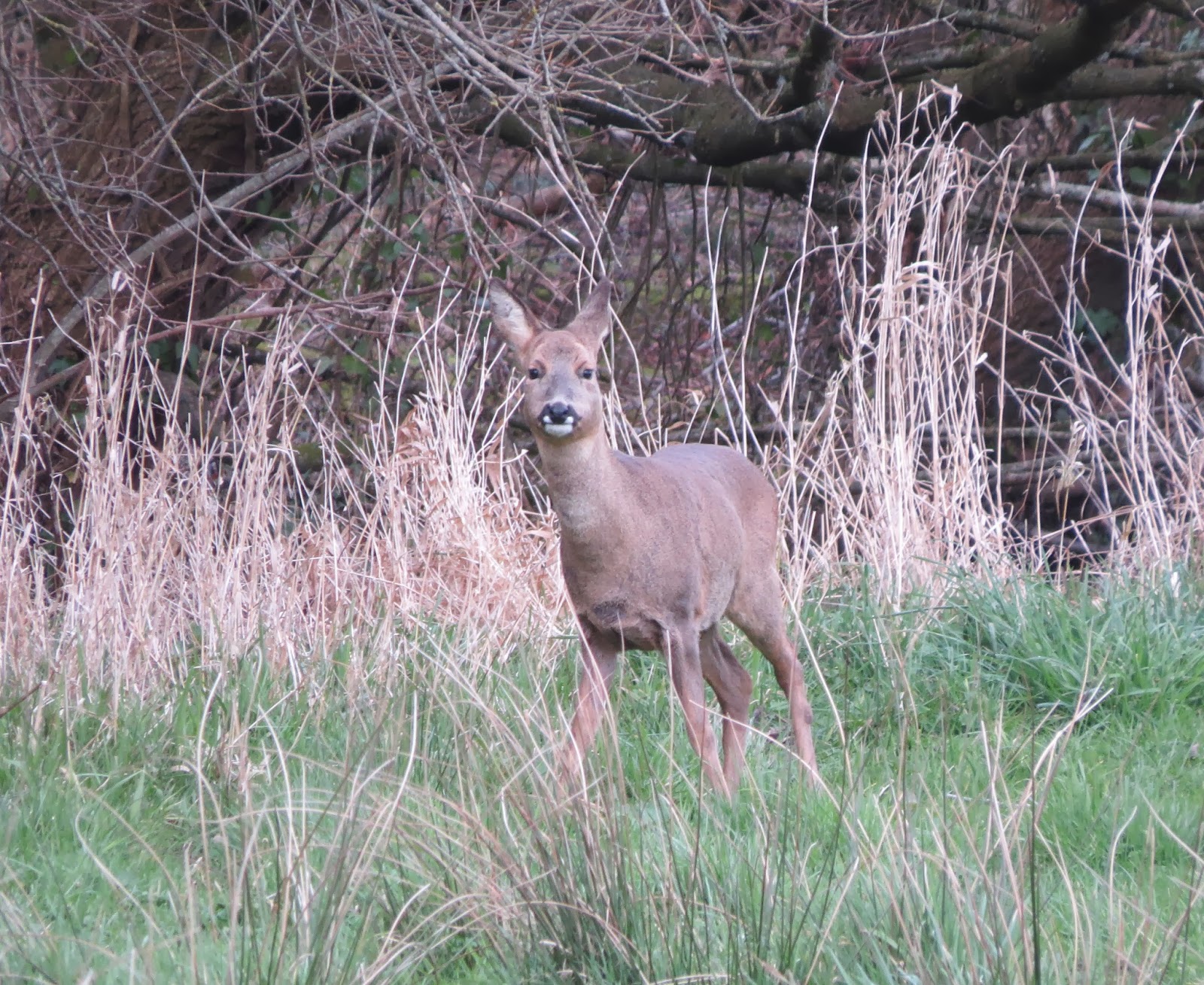 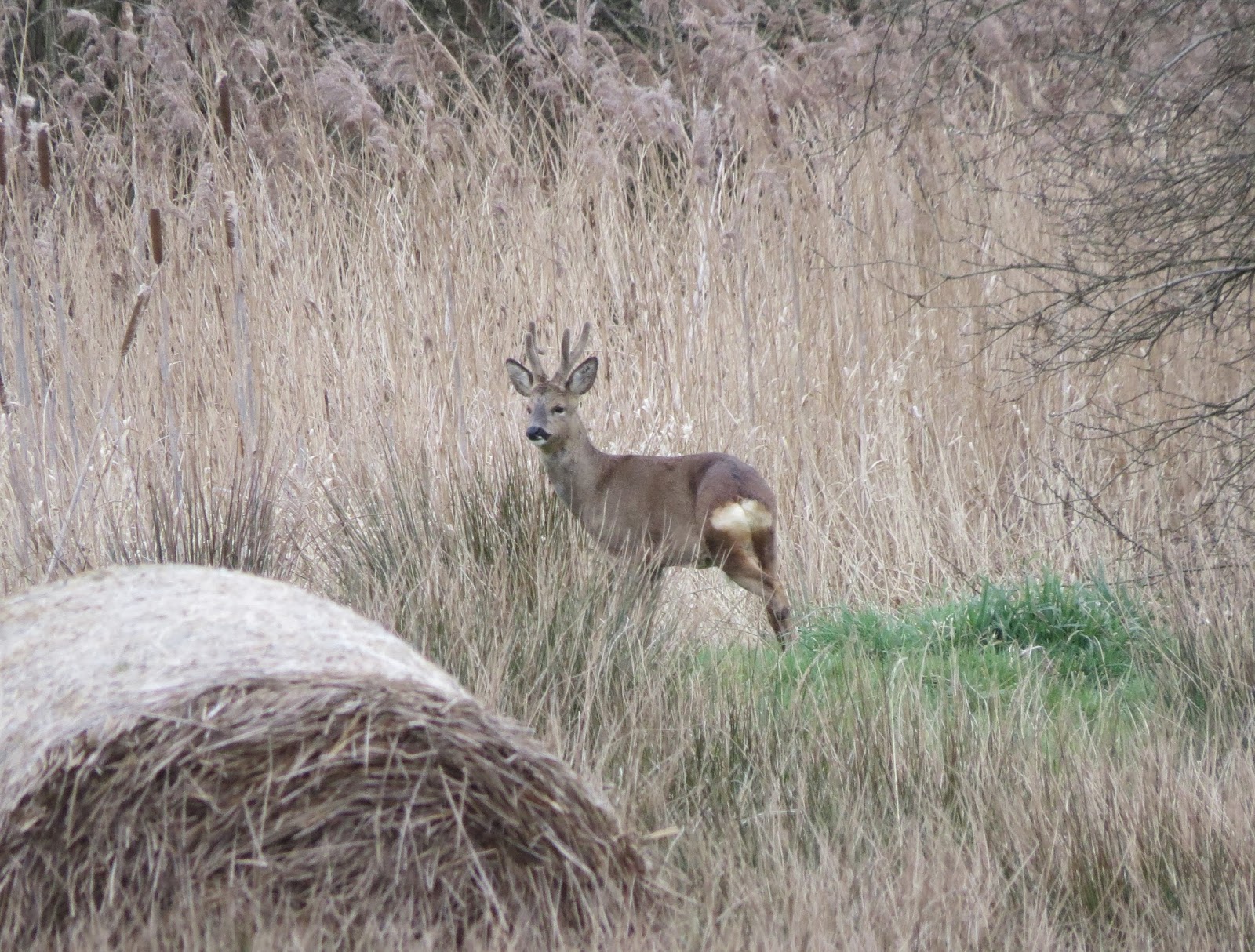 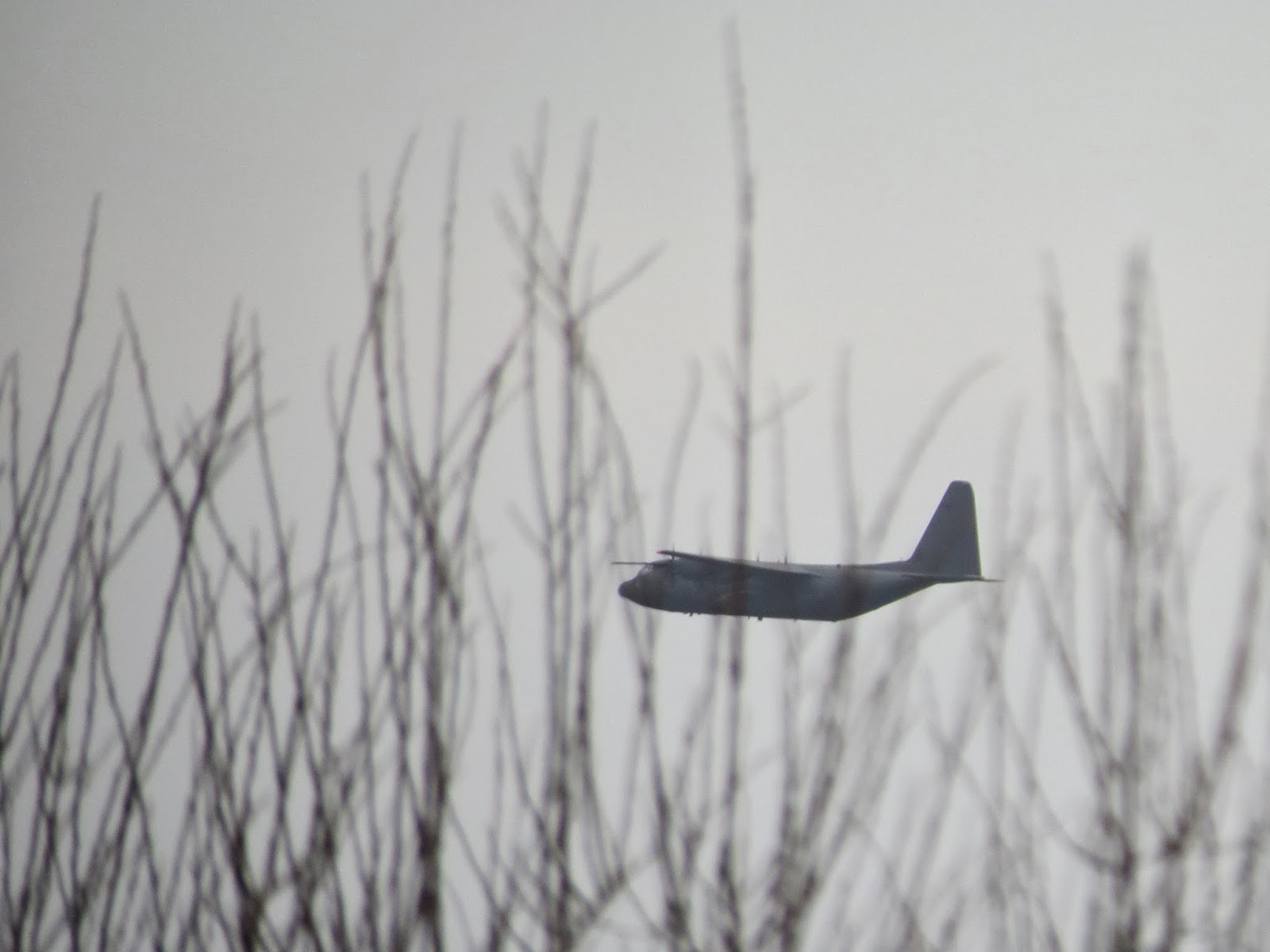 After seeing the Short Eared Owls a while back and after Andrew encountering a Barn owl up in Norfolk.  My thoughts have turned to these enigmatic characters.  On Friday night I thought it would be a good idea to try and see a Long eared owl.  So off I went to the mendips, it was cold and rather muddy.  I managed 1 Coot and 2 Mallards.  Not successful.

Saturday night I took a stroll around my home village of Wookey Hole. Tawny owls are in abundance here... normally.  I didn't see a single one (although at least I heard a few).

Finally, Sunday gave me the opportunity to perhaps see a Short Eared, down at Westhay... You guessed it, bugger all.

I did redeem myself slightly with a nice view of a female Marsh harrier at Catcott and a good view of a male harrier at Westhay (well, good for someone trying to drive whilst fumbling with bags and cameras, trying not to end up in the ditch as the harrier flew close to the car).

The main highlight came from an unexpected source.  A very focused Little Egret took no notice of me whilst fishing for worms and other slimy denizens 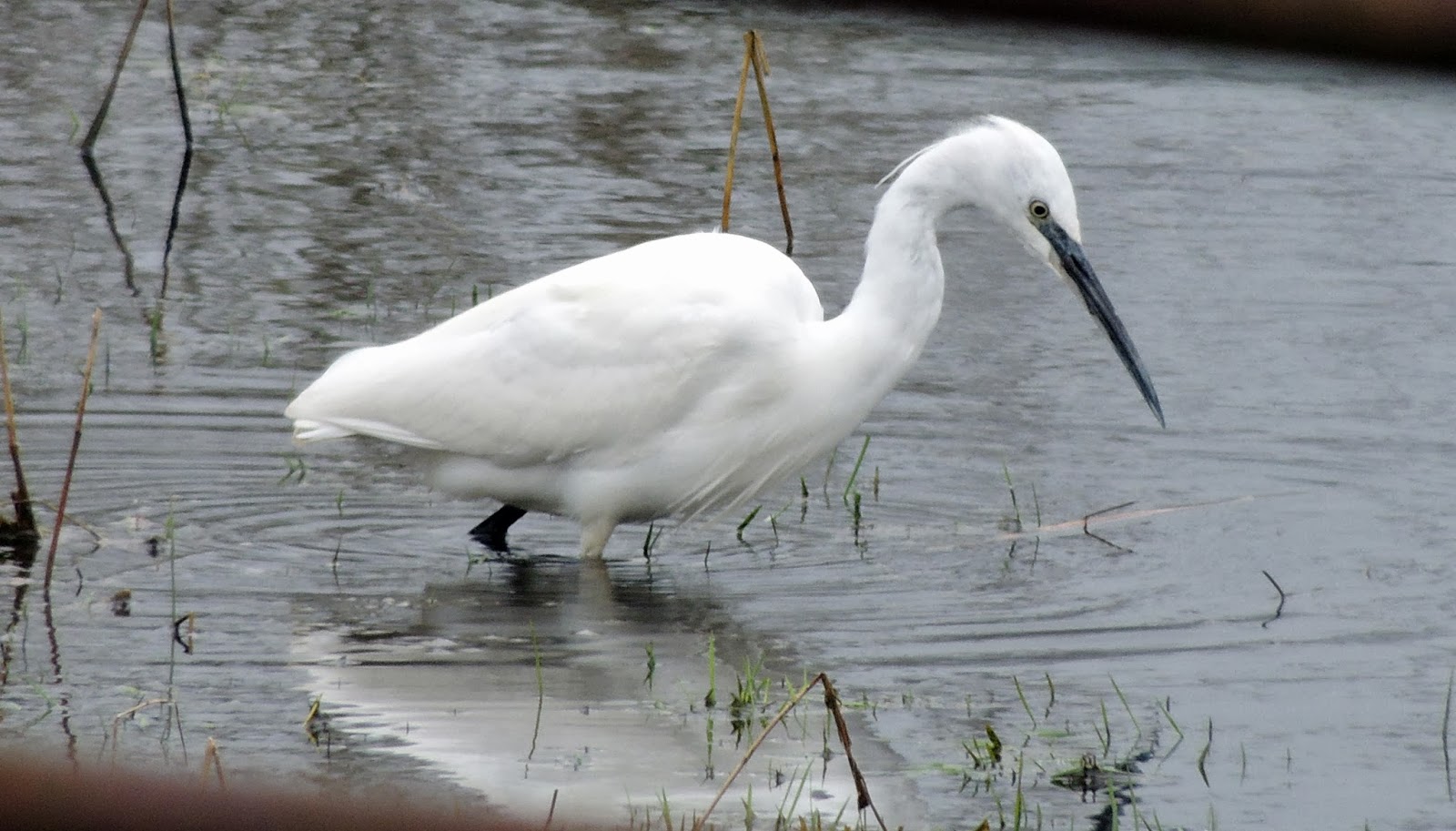 Perhaps I will get some luck looking for Little Owls.  Here's hoping.
at 14:09 No comments: