Something a little different today. Rather than chasing Bitterns and Harriers across the levels the EFRS went national and headed to Portland Bill.

The weather was quite lovely which isn't always ideal for migrant birds (the Bill's main draw).  Nevertheless we were quite optimistic.

Whilst slurping down some tea we came across a group of birds which were slightly foreign to us land lubbers.  I thought they were Guillemots but Andrew was unconvinced...

Cycling along the bumpy cliffs Andrew went for a burton and rather than help I simply laughed.  Not really what a compatriot should be doing... sorry!
I swear I have a cracked rib!!!

You know when you look at a map and think "Oh that looks a nice route". Well this was in principal! Not particularly conducive to cycling but we stumbled through in the end. 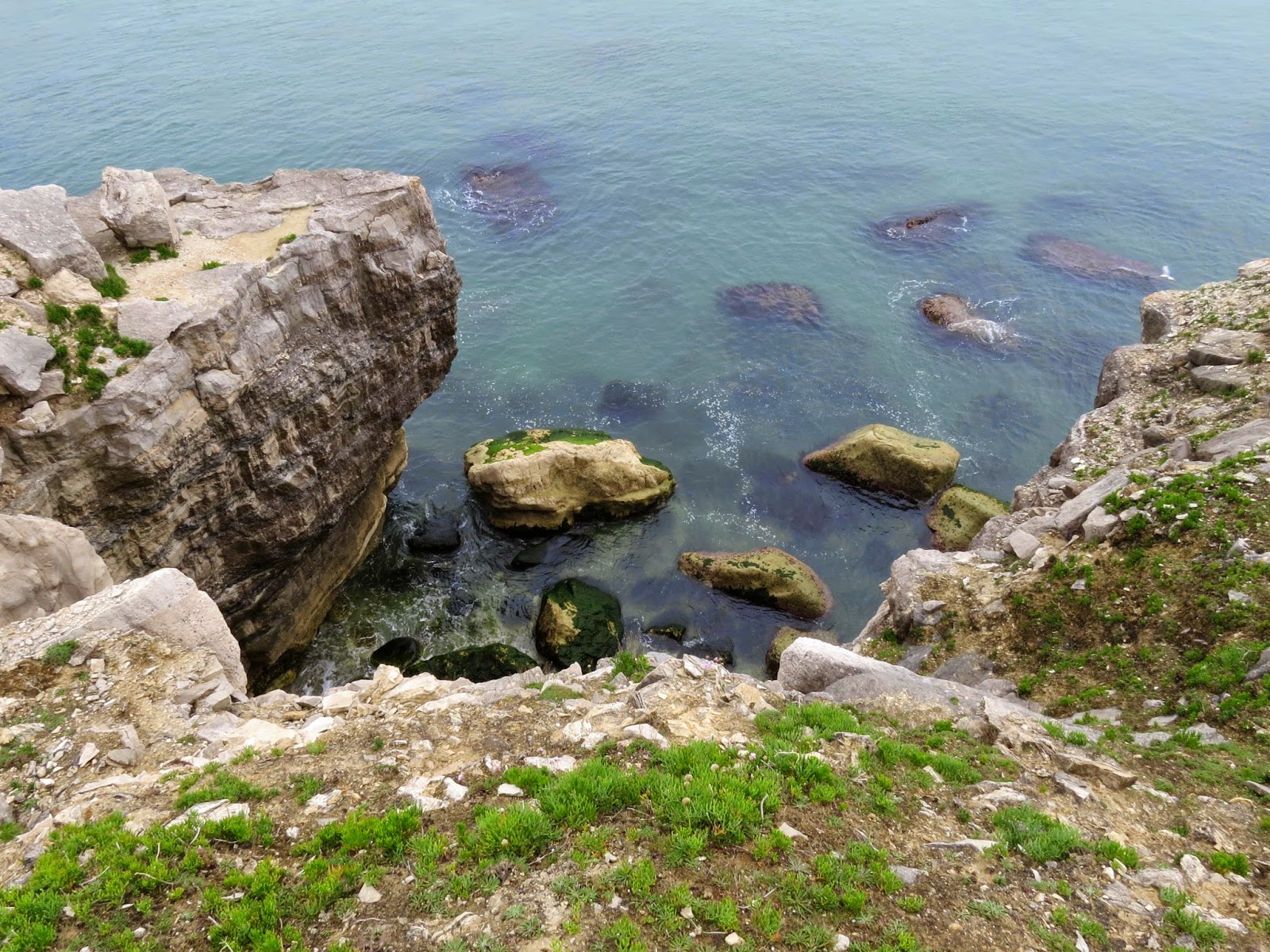 View from the top


After the accident we trundled along slowly, the odd Linnet keeping us company.  Then something more substantial was spotted.  A Greater Black Back.  There was some debate as to whether it was the big or little variant but in the end Greater was the correct identification.  This one had a good catch... 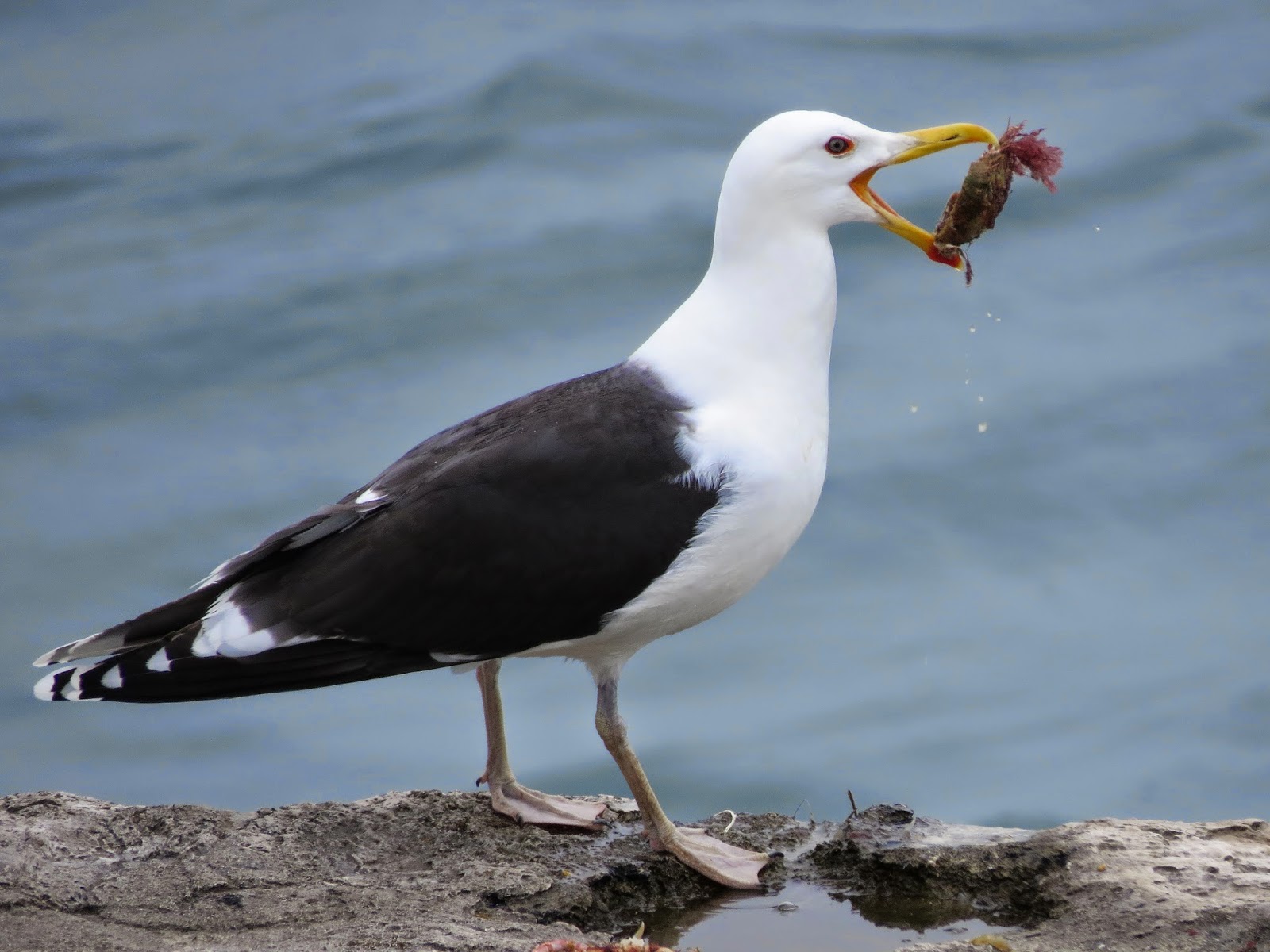 
We carried on, in unfamiliar territory.  A small brown bird attracted far too much attention.  A Rock Pipit I believe (you can see them at Kilve beach by the restaurants... not exactly a rarity) It did give the impression it had just flown 30 odd miles non stop over a landscape of certain death! 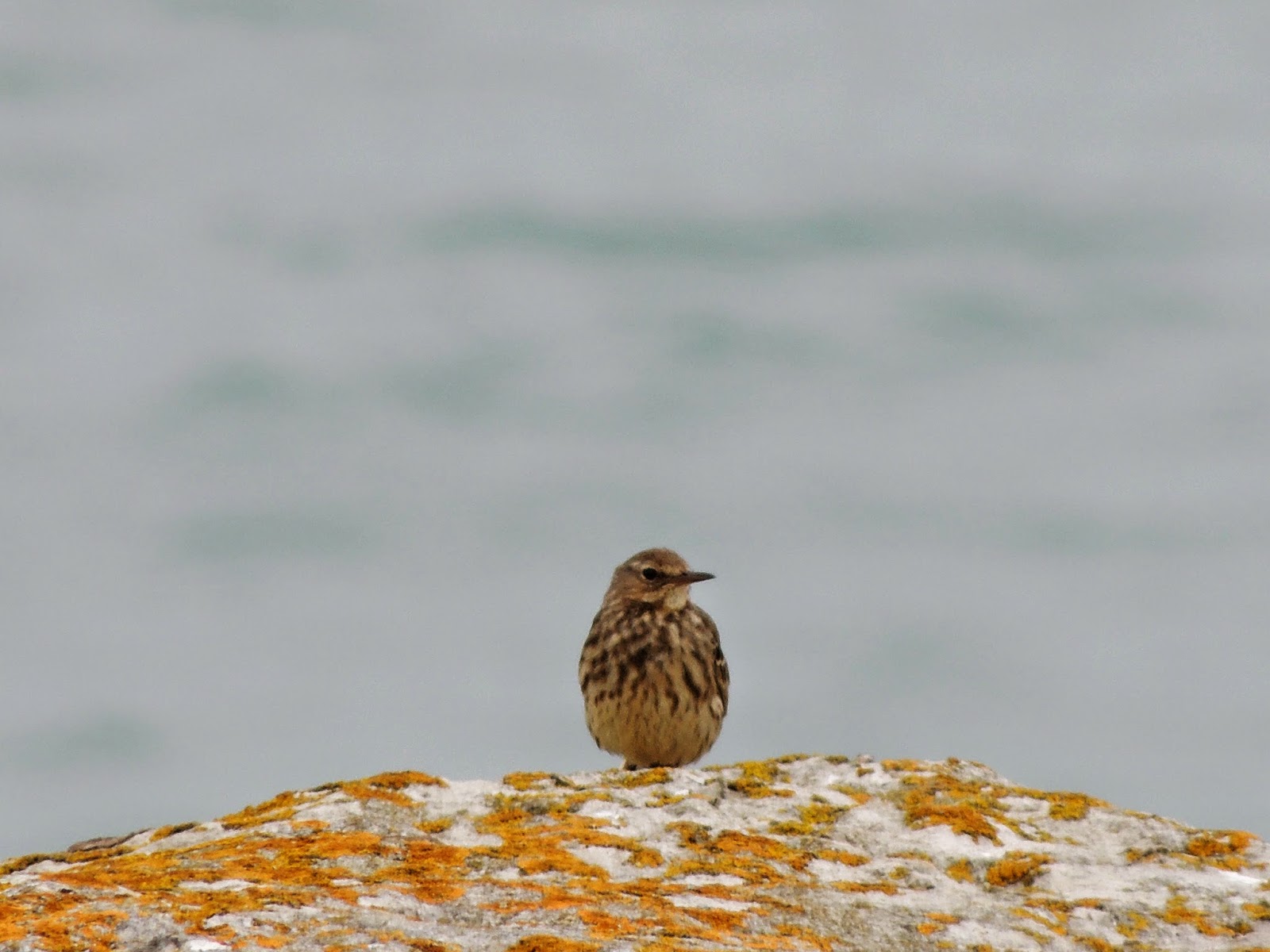 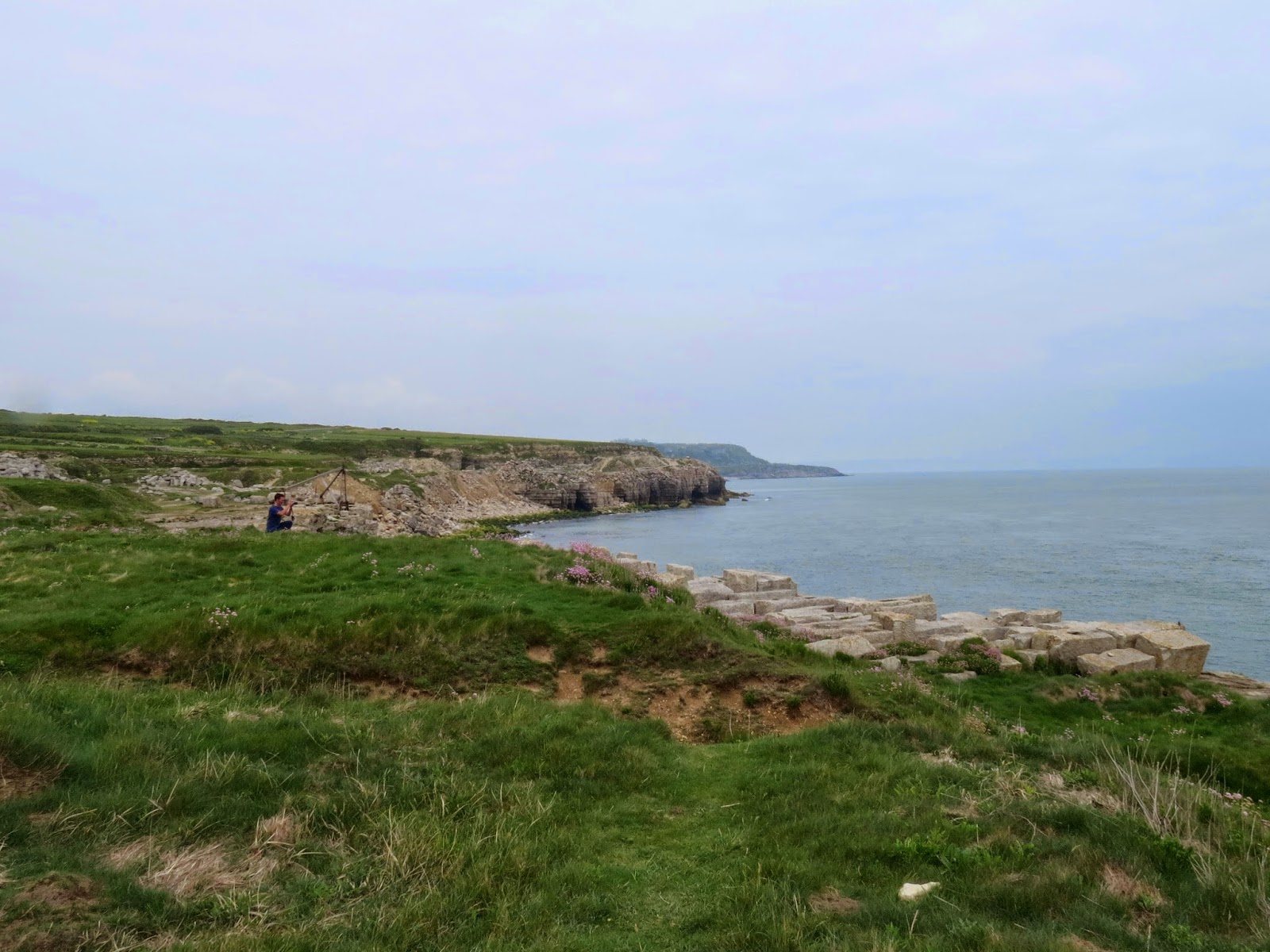 James 'Getting' that Pipit


A bit further on and another little brown bird.  This time a Spotted Flycatcher.  Sadly to quick for me and my camera. It did make a nice call though.

We stopped for lunch and broke out the heavy guns (scopes).  Not a lot happening but all very scenic.  Andrew spotted a large Dragonfly with a colourful bum and got a nice picture of it and then got a bit obsessed with a bumbling blue beetle which kept crashing into rocks. Then he spotted a pair of rats fighting (I was too busy eating my lunch to see the whole thing).  There was also a cat hiding in amongst the rocks.  Not exactly what I had expected to see. We came for Gannets, Minkys, Basking Sharks and Foreign Invaders. Up till now this is the best we got: 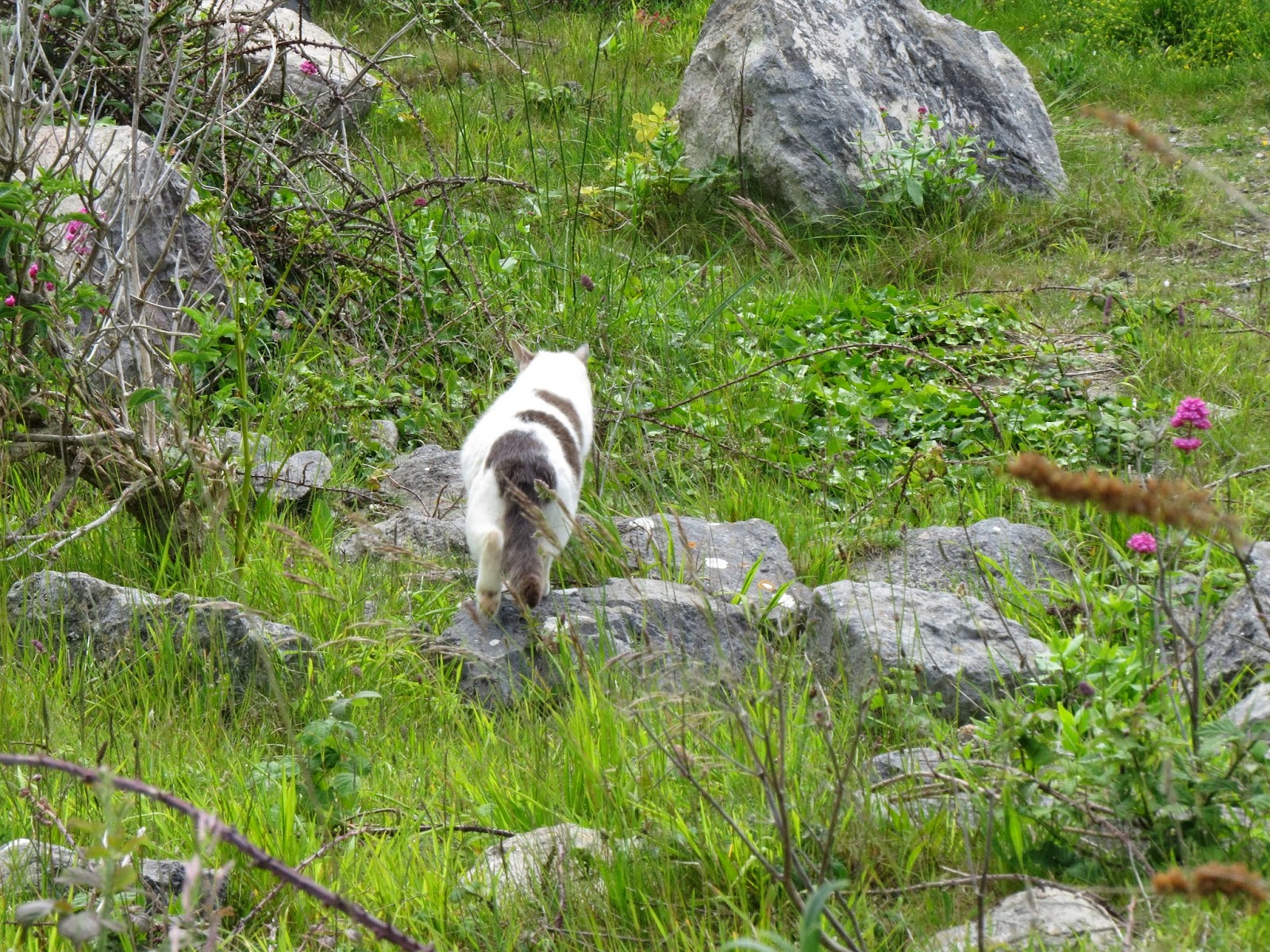 Probably a Feral Cat.There are a lot around here apparently. 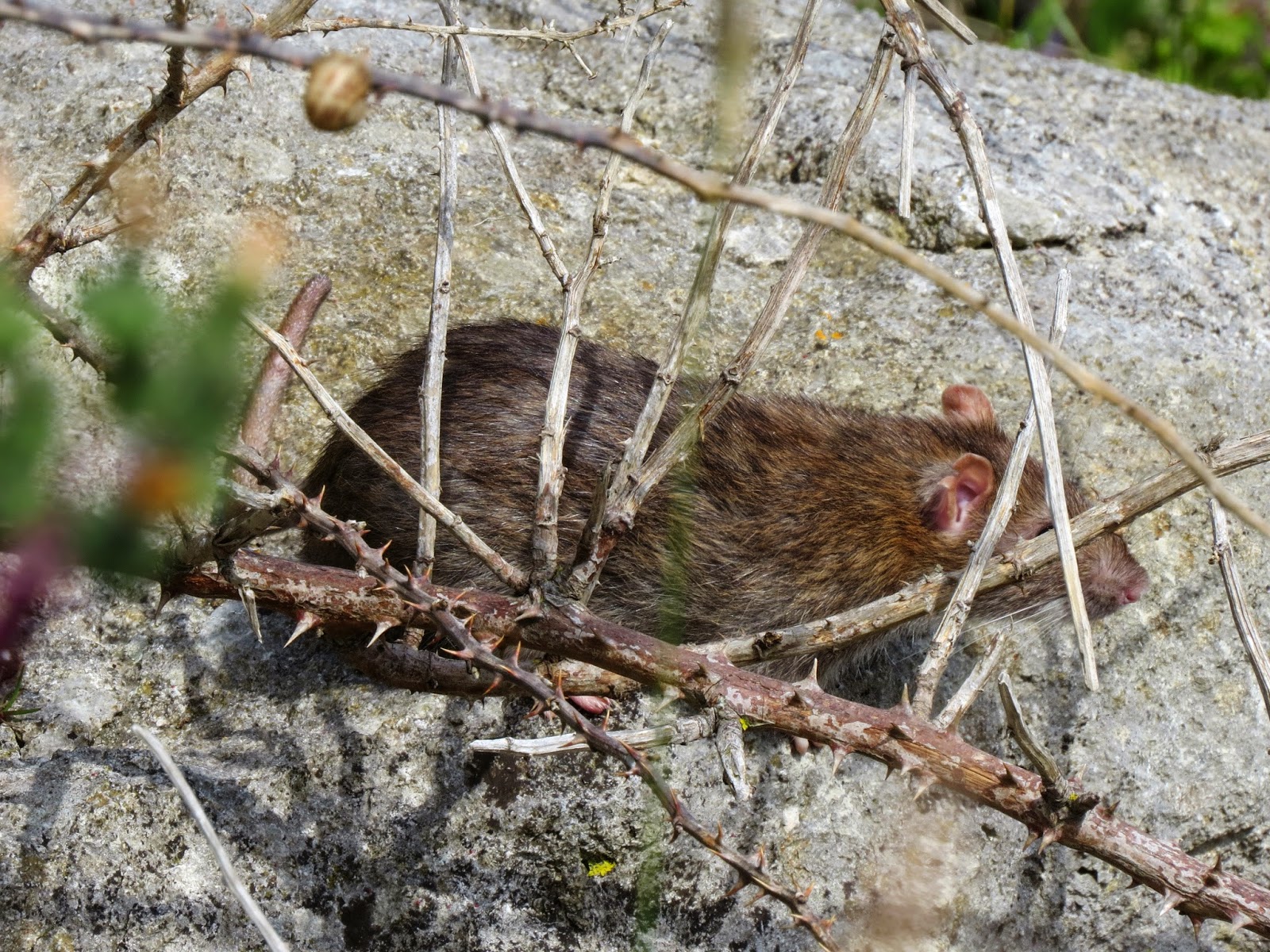 What they live on. This is the looser of the scrap I saw


Up high a Buzzard soared with what looked like jesses attached to its feet.  Did he belong to someone?  Hard to tell, he flew over head and Andrew got a shot... 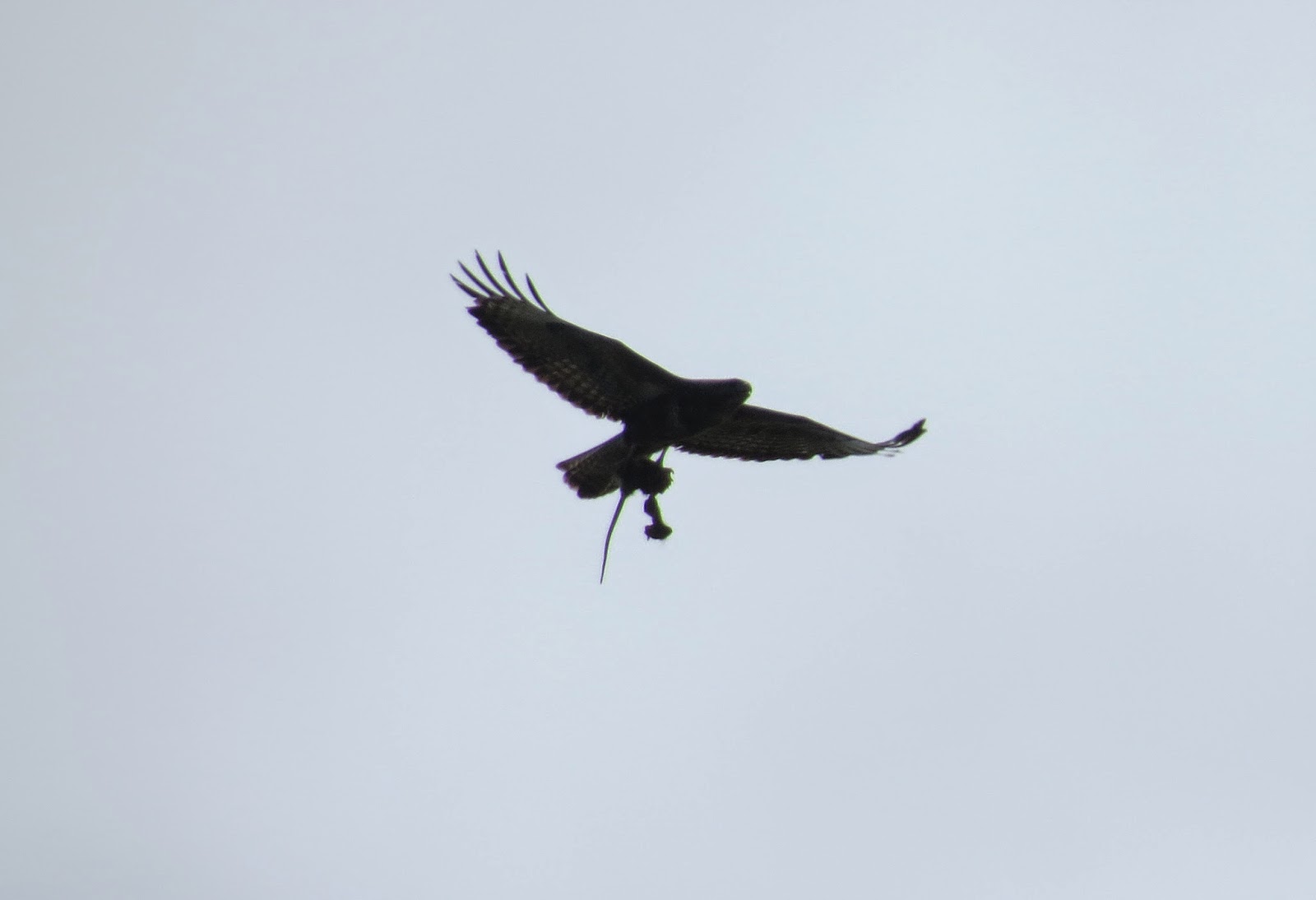 Not jesses but a half decapitated rat 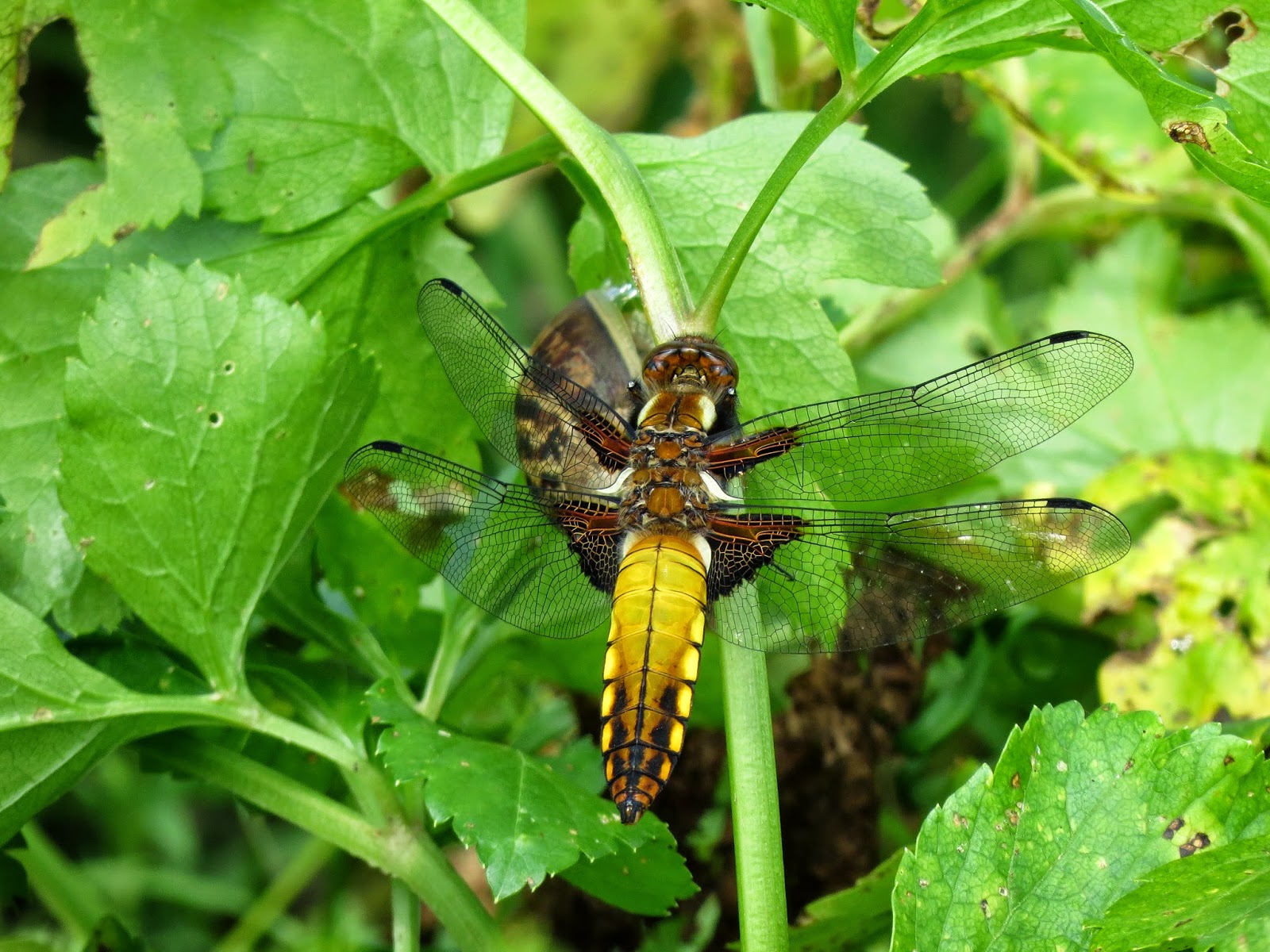 Nope the Buzzard had executed a kill on the bill.  The jesses were actually bits of rat carcass, what a lovely sight at lunchtime. It was indeed a funny sight. Usually when they get a kill they drop down to eat. This one was circling around as if not sure what to do with its kill. Eventually flying over us. Probably off to the nest for the chicks.

We cycled around a bit and ended up outside a hotel on an industrial estate which looked a bit like something from the Soviet Bloc. A nice cycle but not what we really wanted. We where caged animals pacing back and forth peering out of the high fence at the freedom of the path on the other side!! A map would have helped!
Finally after a very muddy and prolonged path we came back full circle to the light house and going right instead of left we finally hit the spot we where looking for. Which was actually about 100 foot from the car. 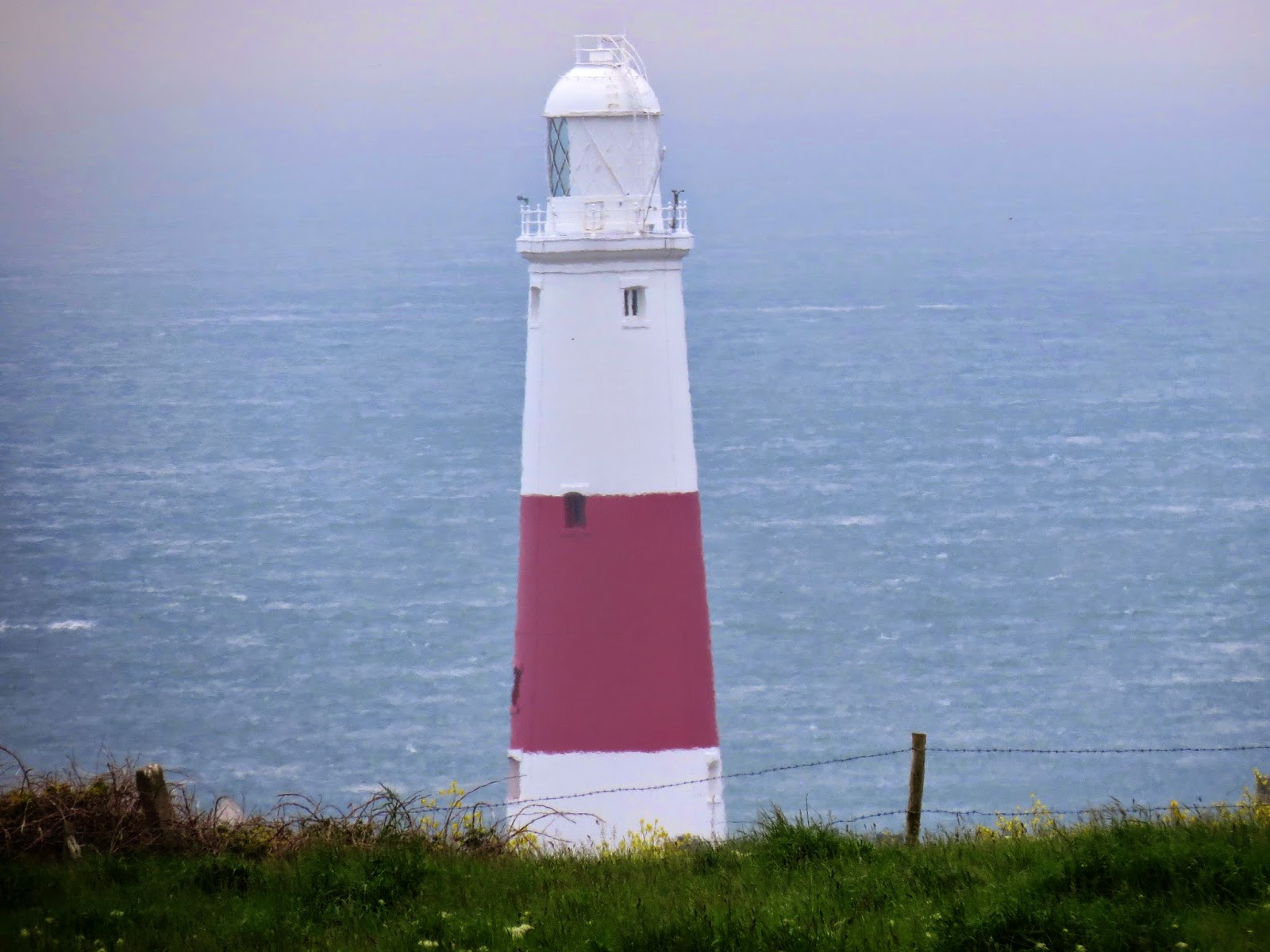 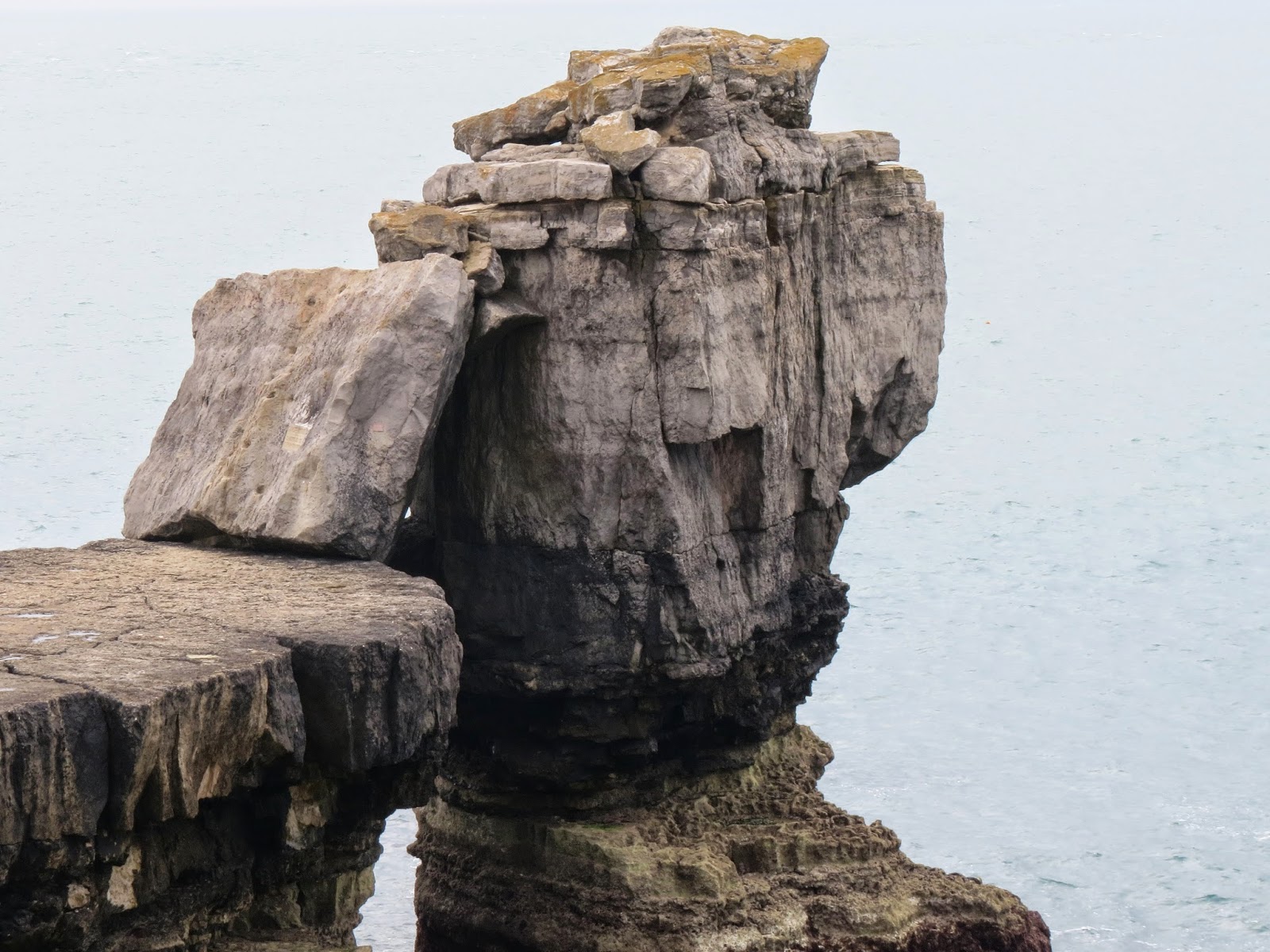 Deploying our equipment we were soon looking at Guillemots (confirmed and agreed) along with the odd Razorbill and plenty of gulls and a few Fulmars which are really nice. 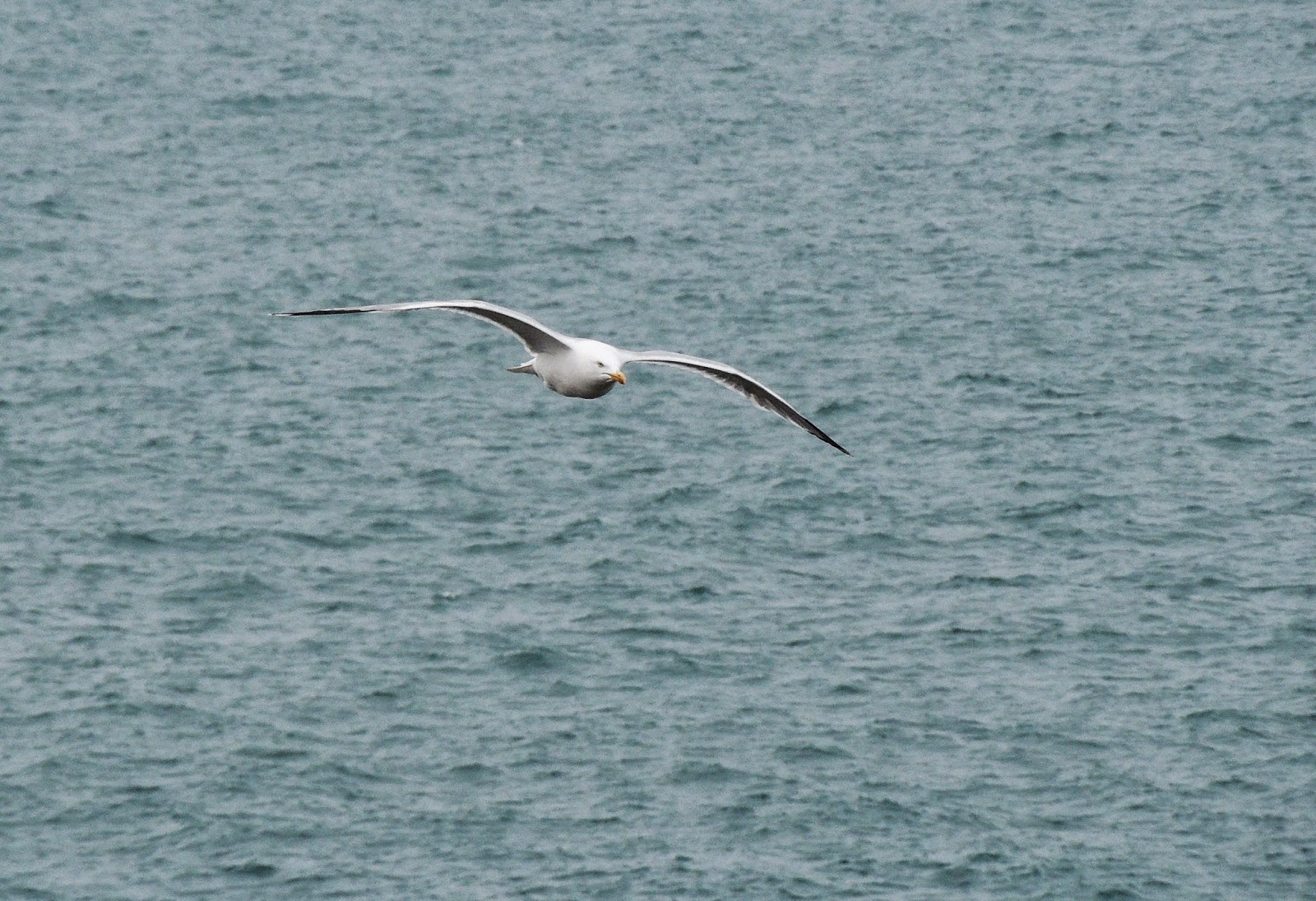 Not a Fulmar but it will have to do 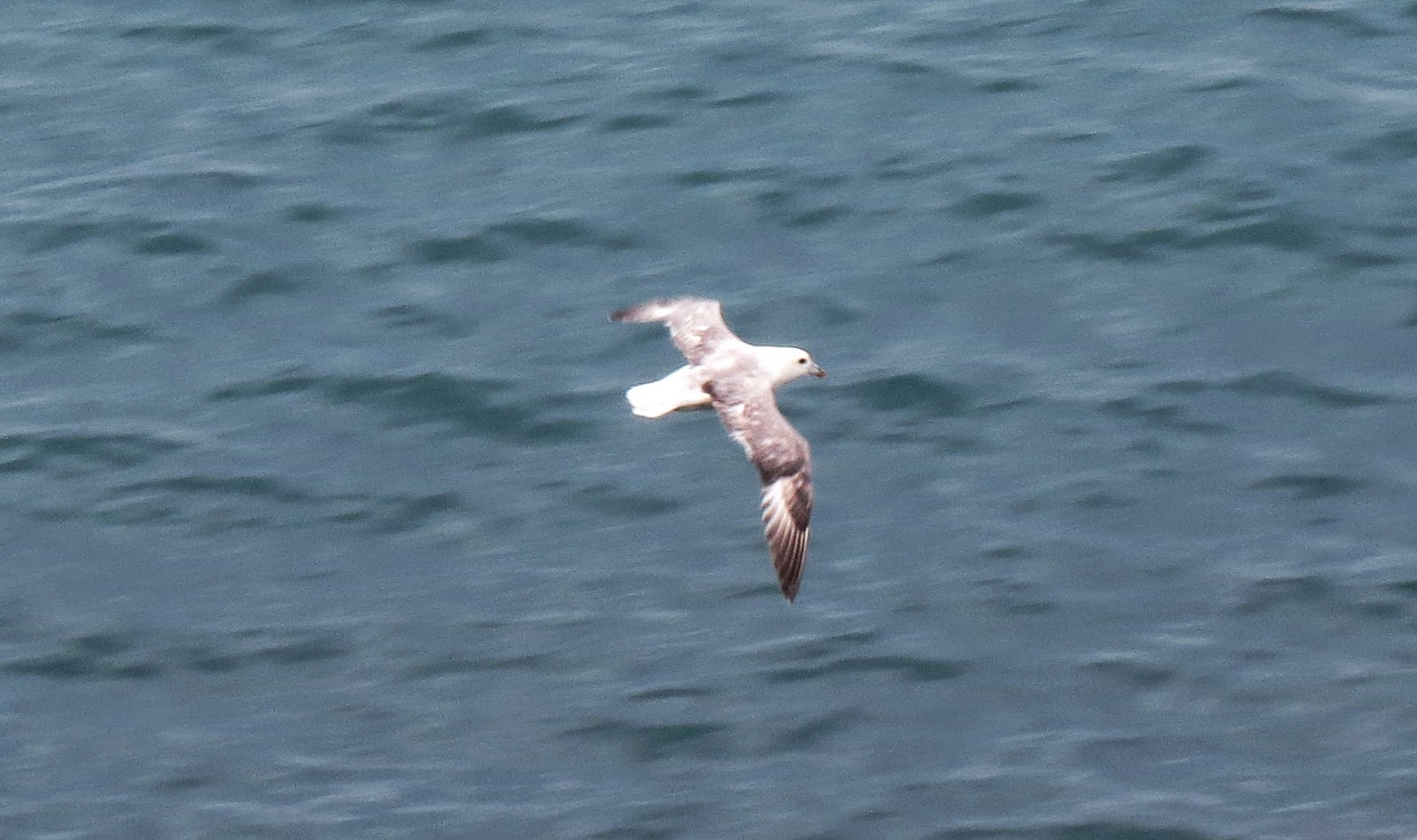 A Fulmar and it will do

There was an Oystercatcher flying about. 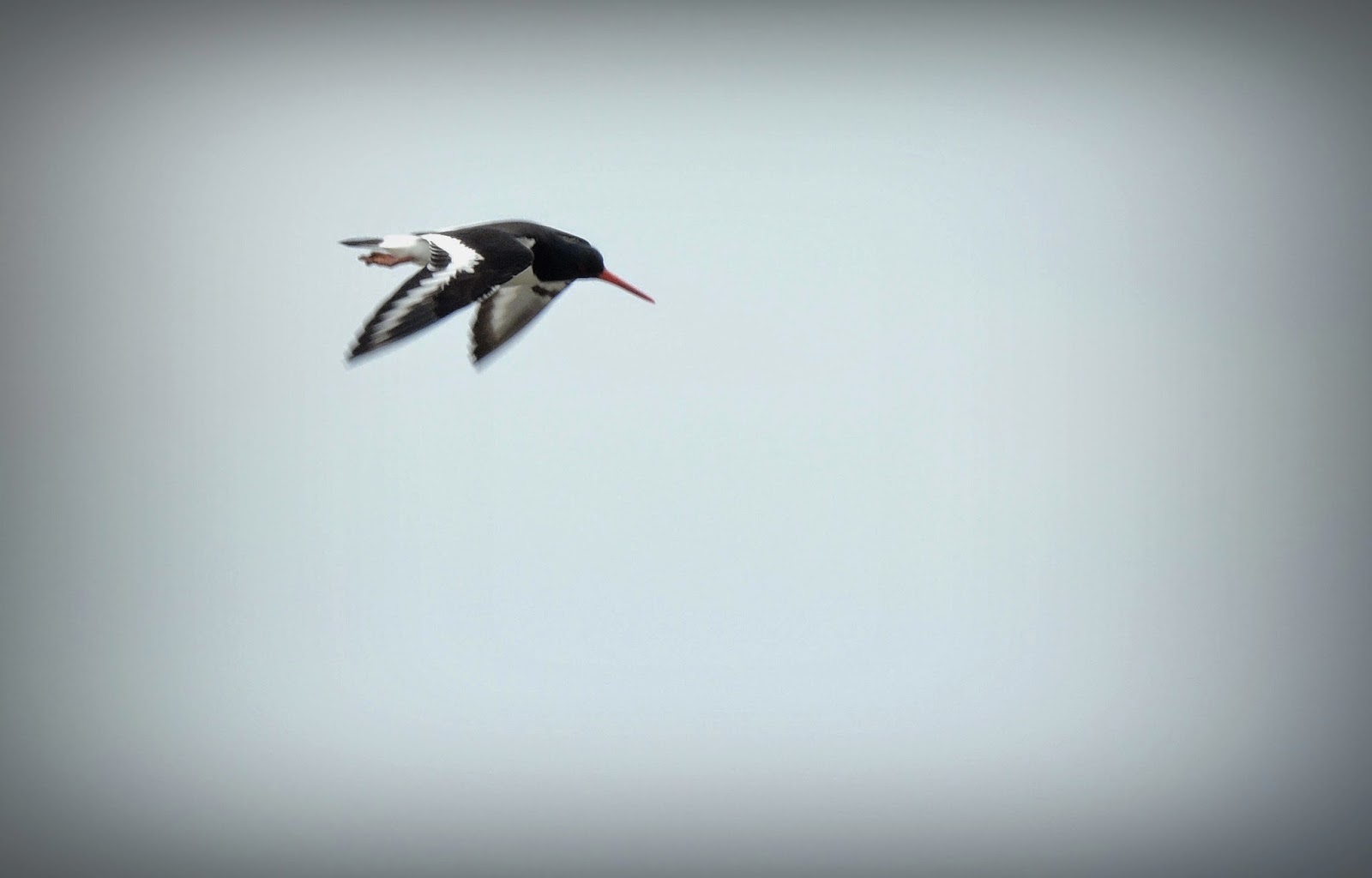 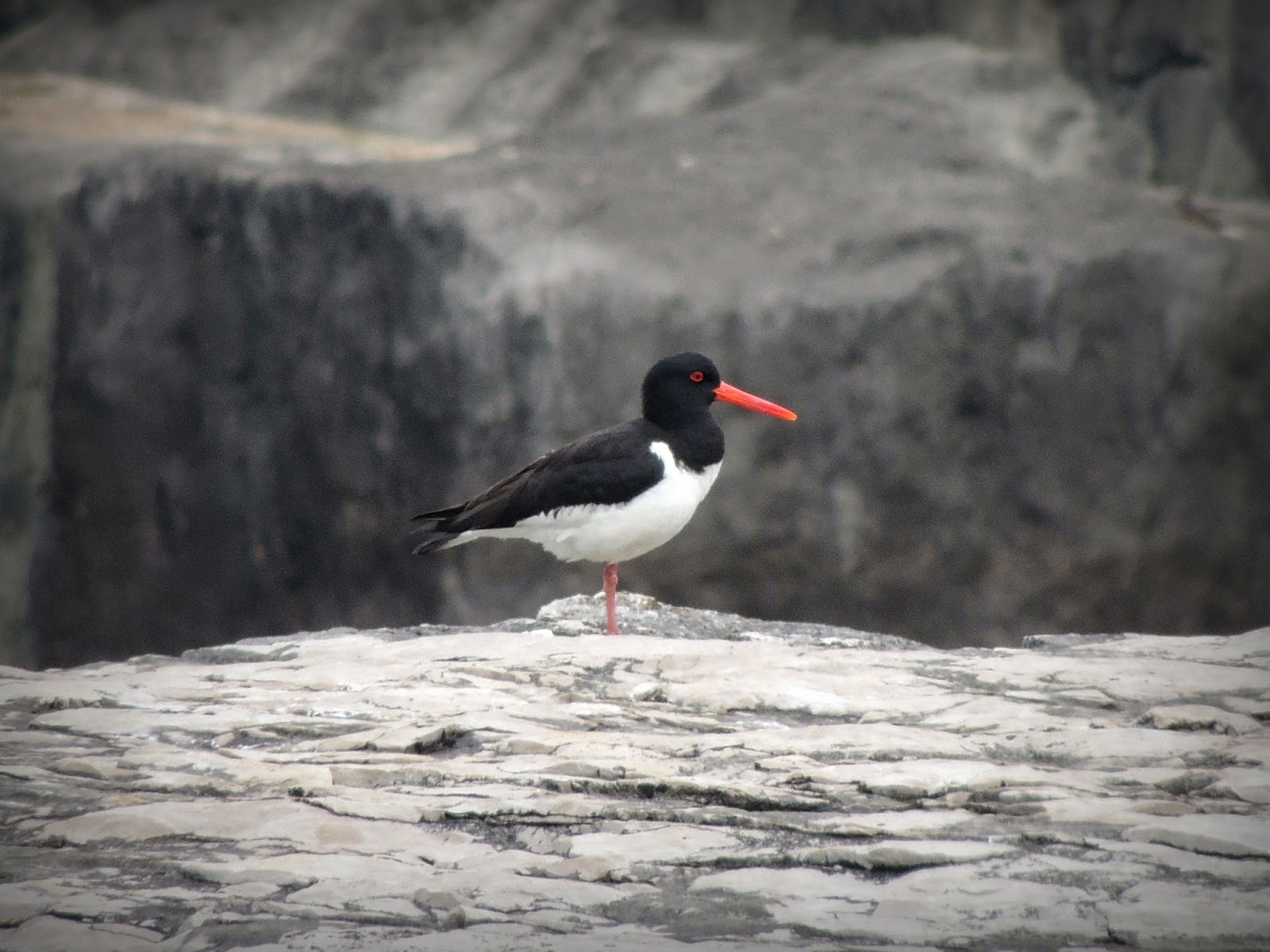 It was both fascinating and funny watching the Guillemots. I had seen them up close with Razor Bills and Puffins at South Stack on Anglesey before. Just spending some time you get to know the patterns they follow. Sudden bursts going all at once but from different areas on the rocks. Flying down to particular groups in the water to fish. Hiding in the cracks in the rocks. The young just missing the water as they frantically flap. I did see one hit the water rather hard as it didn't quit make it. It was OK but any seal would have picked it off.. 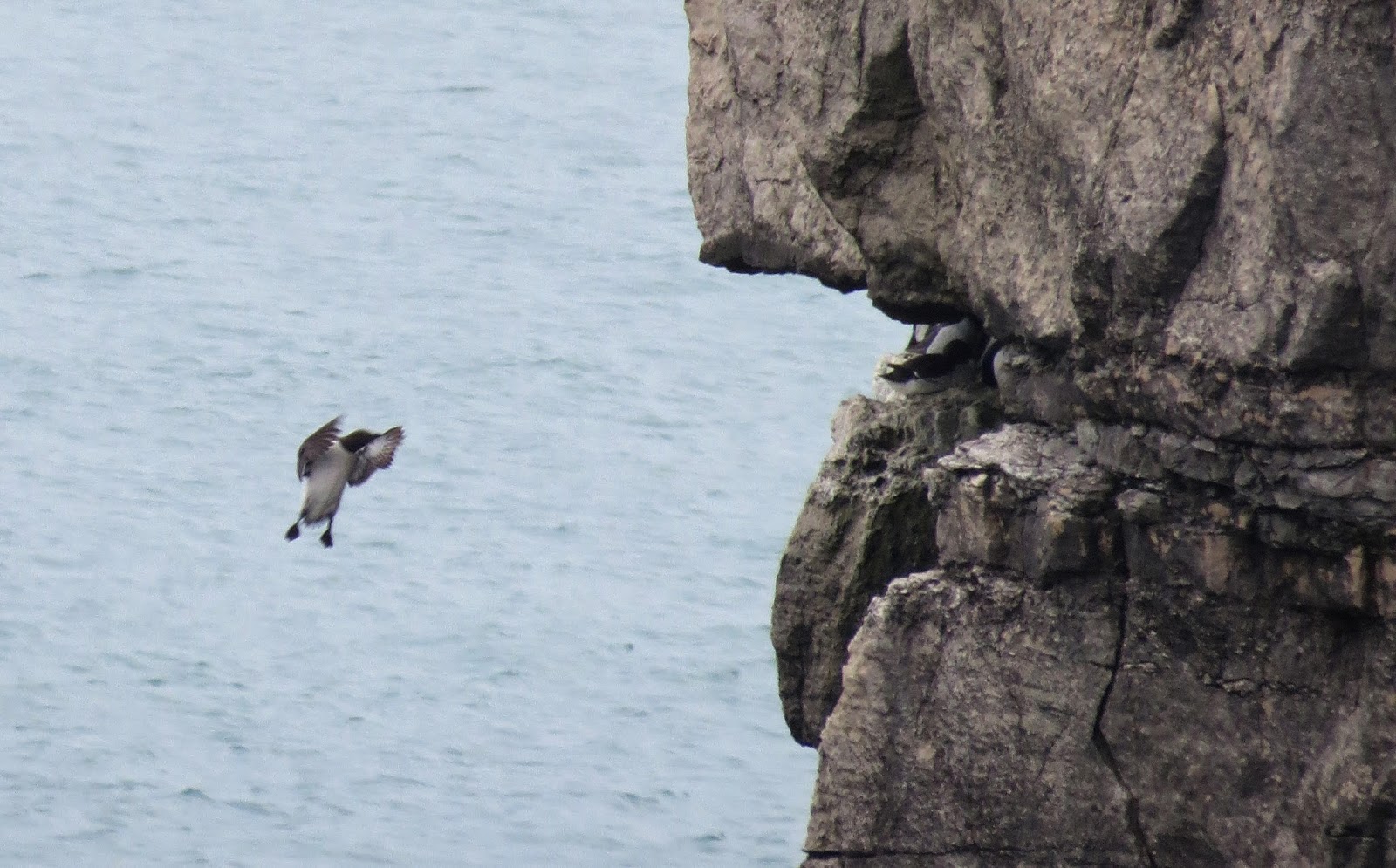 'Boo' Razorbill coming in to land 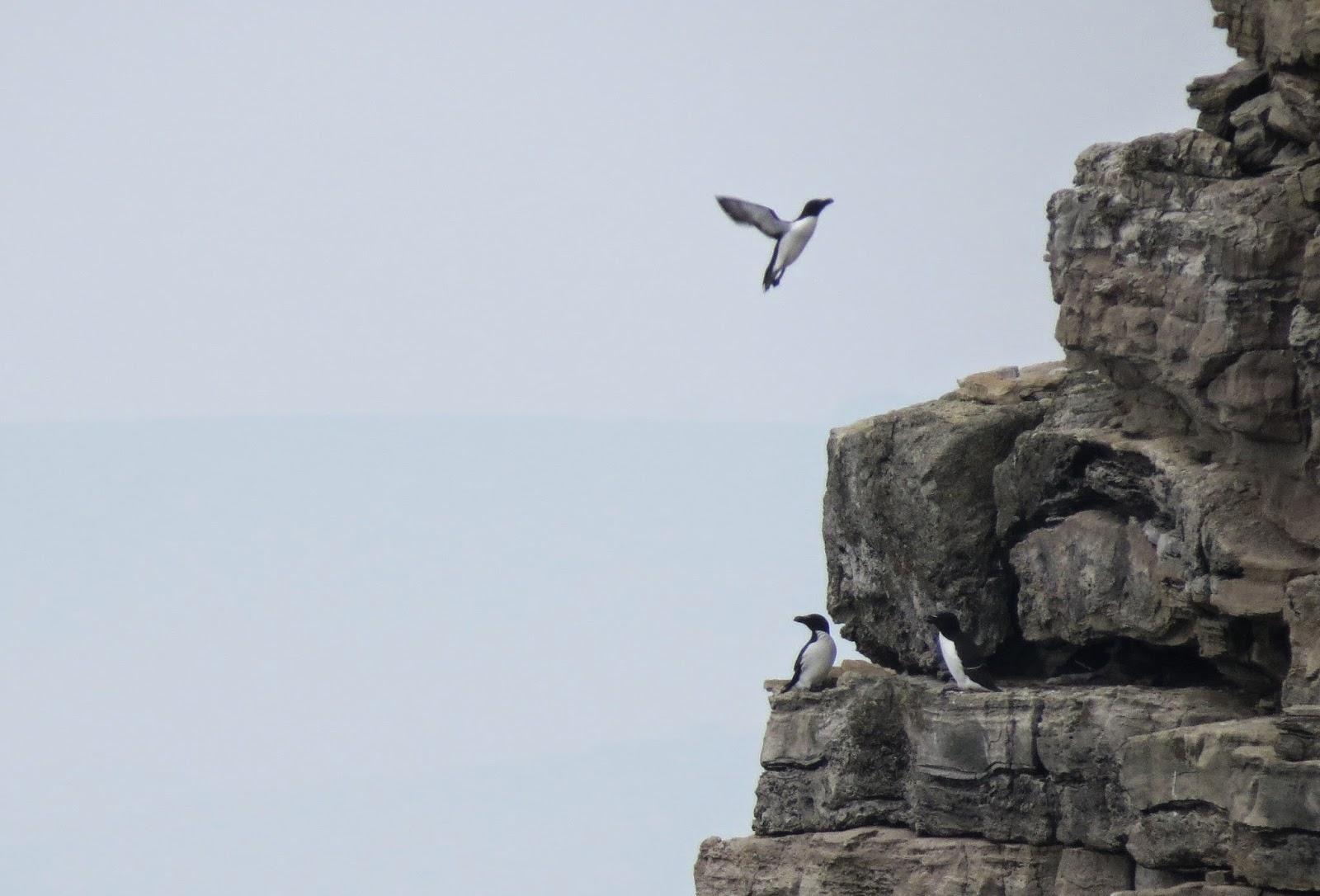 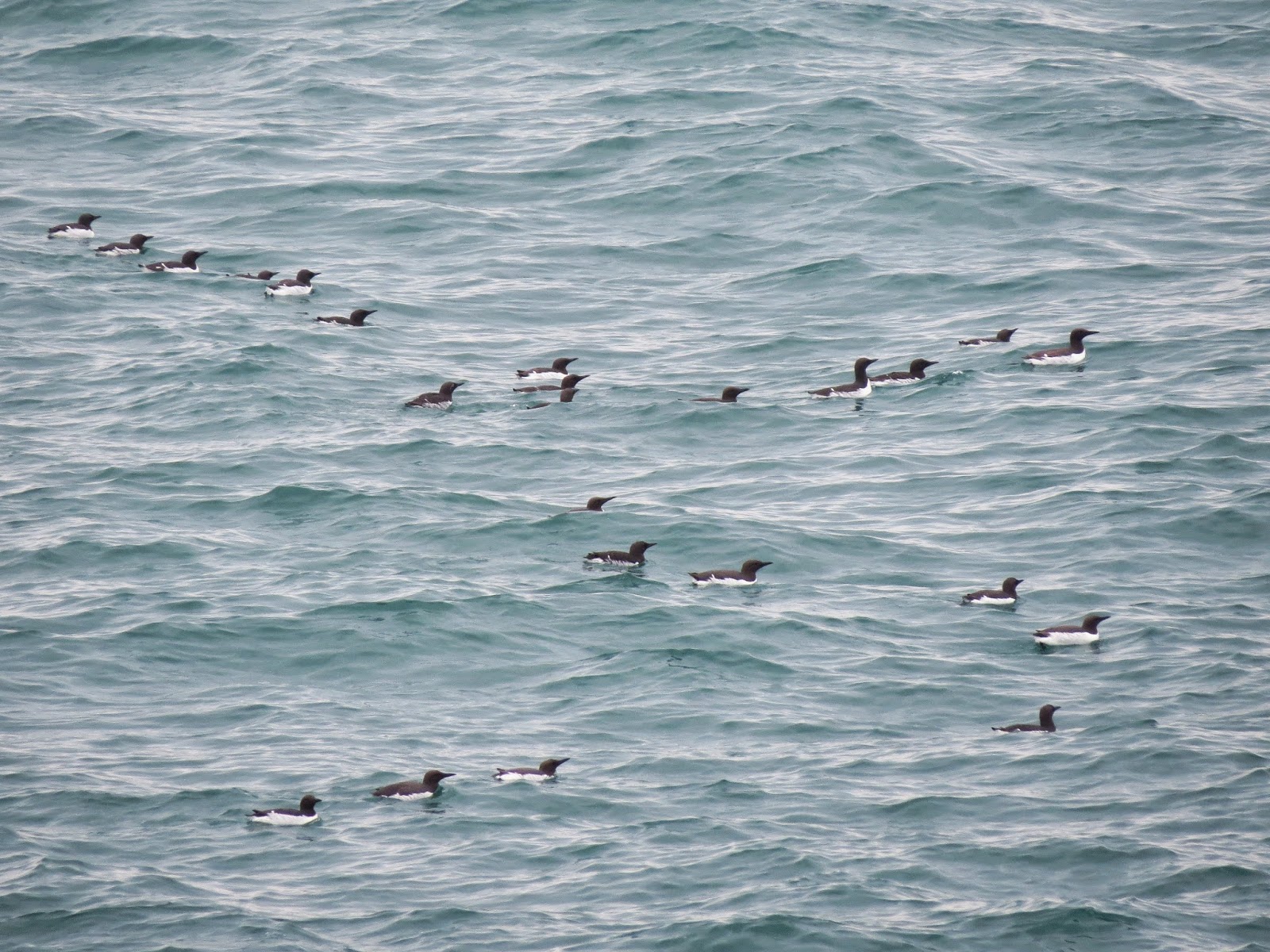 Out to sea there was a large flock of black, slightly dumpy looking birds.  I think they were Common Scoters but I couldn't be 100% sure (Agreed).  As you can tell, both of us were slightly out of our comfort zone.  Not sure if I could watch sea birds all the time but variety is the spice of life.
at 09:38