Curling up at the ends

An unexpected journey to Steart today.  After some exciting reports of Owls floating around near roadsides I thought I had better get down there and get snapping.

I pulled up at the Wall Common car park and wandered about a bit.  Not really sure where to go or look.  In the end a got to one of the viewing screens.  Their were Lapwing everywhere and a few Whimbrel.

Then overhead a load of Golden Plover looked resplendant against the dark sky. 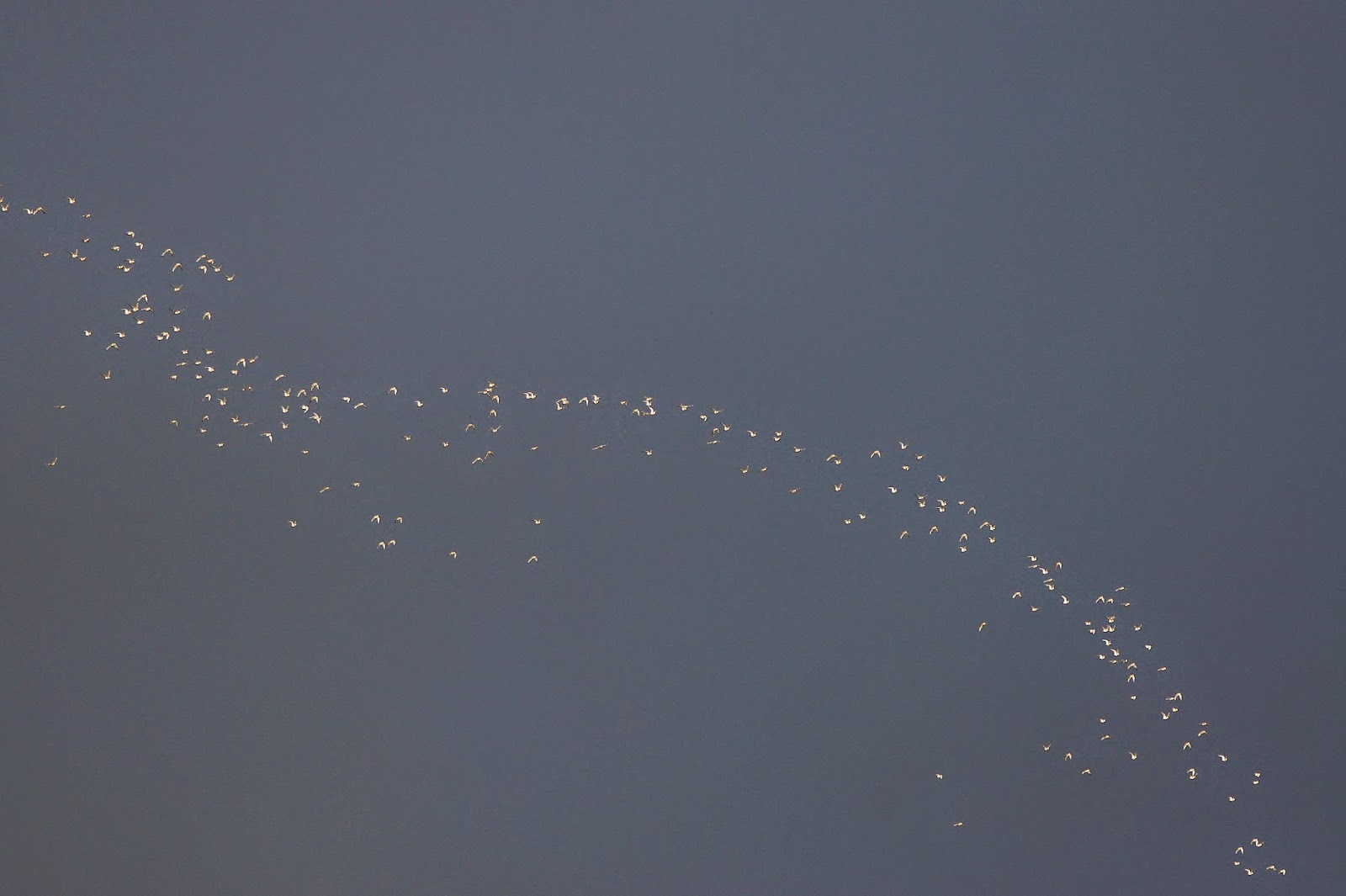 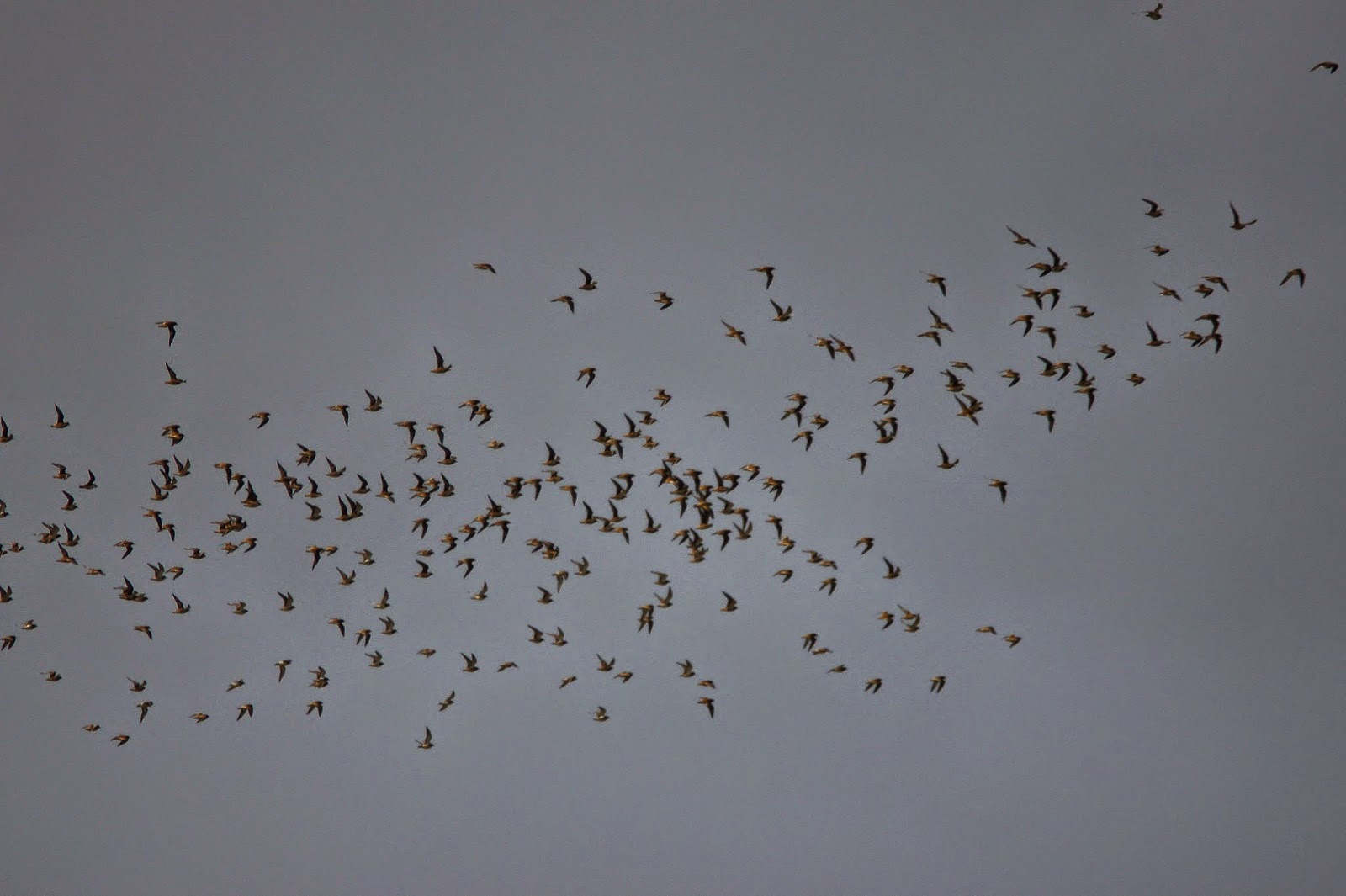 I ambled about a bit more and started to curb crawl (ahem).  Hoping that an owl might come swooping towards me.  The light want really in my favour even if one did decide to show itself.

I noticed a small bird of prey make a pass at what I think was a Linnet.  It missed then sat on a fence post. 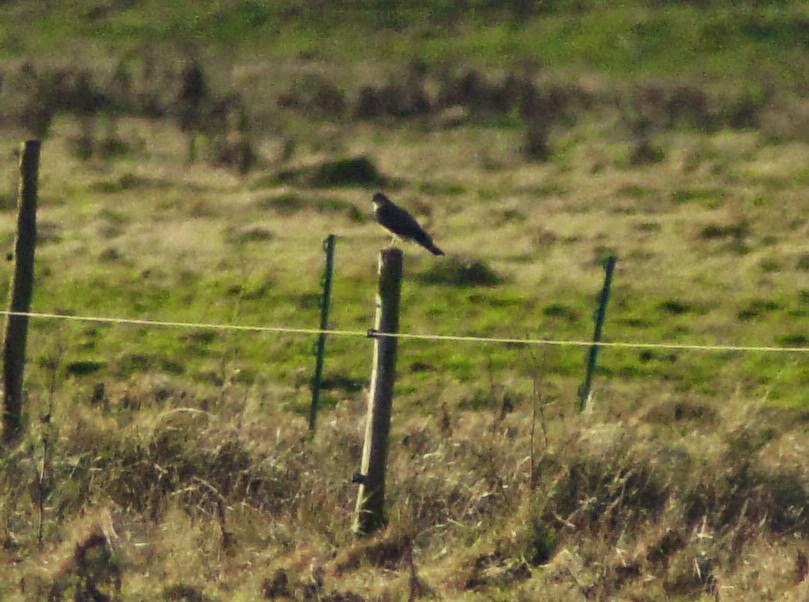 What is it?  I'm not sure... This horrible picture doesnt help much if im honest.


There were lots of Kestrels flying about but I dont think it was one of those.  I reckon its a Sparrowhawk.

It flew off low to the ground looking a bit like a mini batman swooping over Gotham city.

After dodging over excited dogs on Wall Common i called it a day.  No SEOS, disappointment.

At the end of my afternoon I noticed 2 Curlews.  I stopped the car and tried to get a shot over the hedge.  to late one of them saw me and started charging about before scaring his mate and off they went into the sunset (actually the dark cloud).  They are rather impressive though and certainly more heavy duty than the Whimbrel I am more used to seeing on the levels.

Next time has got to be a bit more successful...