A great day for a white wedding 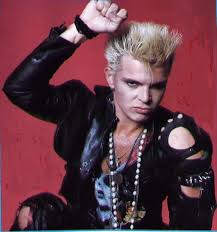 Despite the title, it certainly wasn’t a great day for a white wedding.  Indeed it was more like fifty shades of grey (I couldn’t find a family friendly picture of that one).


Nevertheless I had a bit of slack time so I trundled down to Westhay.  March is a funny old time for birds.  It’s a bit sh**, quiet if I’m honest.  The winter ones are on their way back to where ever it is they came from and the Summer ones have not arrived yet (well one of them has at Greylake, more on that later).
I parked up at the now famous London Drove.  If this drove were a pop star (like Billy Idol, in his day).  It would be inundated with radio interviews, magazine front covers and millions of followers on Twitter.
Still, today it was all quiet.  The Firecrest had obviously departed and now the drove was pretty much empty, save for a few dog walkers.  I took my time and wandered along the drove, enjoying the general peace and calm.  A woodpecker flew right under my nose.  If I had been more observant I probably could have got quite a nice pic.
Above a mixed flock of Starlings and Fieldfares flew by.  Probably the last one I will see for a while.
Near to the hide at the top (North hide?) I met a chap whos name I cant remember (no surprise).  Hes a thoroughly nice chap who has loads of knowledge about the local area.  After a brief chat I went into the hide.
It was all about the Egrets.  I have a feeling they were in love.  A pair of star crossed lovers were flying about together and landed gracefully at the otherside of the lake.  They stood apart for a while before one (Romeo) began walking slowly toward the other one (Juliet).  As he got nearer he stopped, gazing into her eyes and admiring her long legs (steady...)
Then he froze and caught a fish.  The first lovers tiff ensued.  She went mental and chased him like a mad thing.  He flew about, fish in bill and then some crows joined in the chaos. 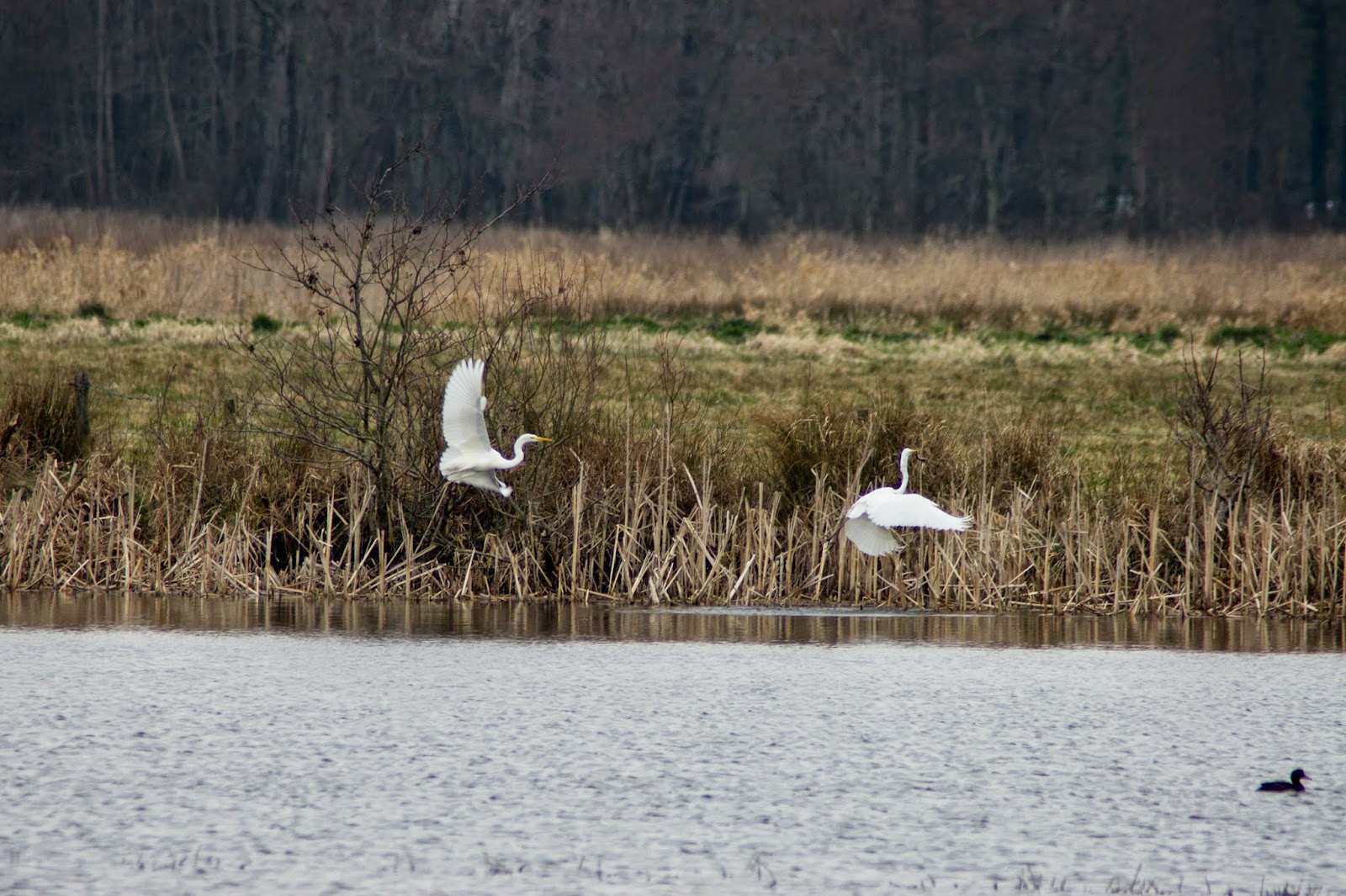 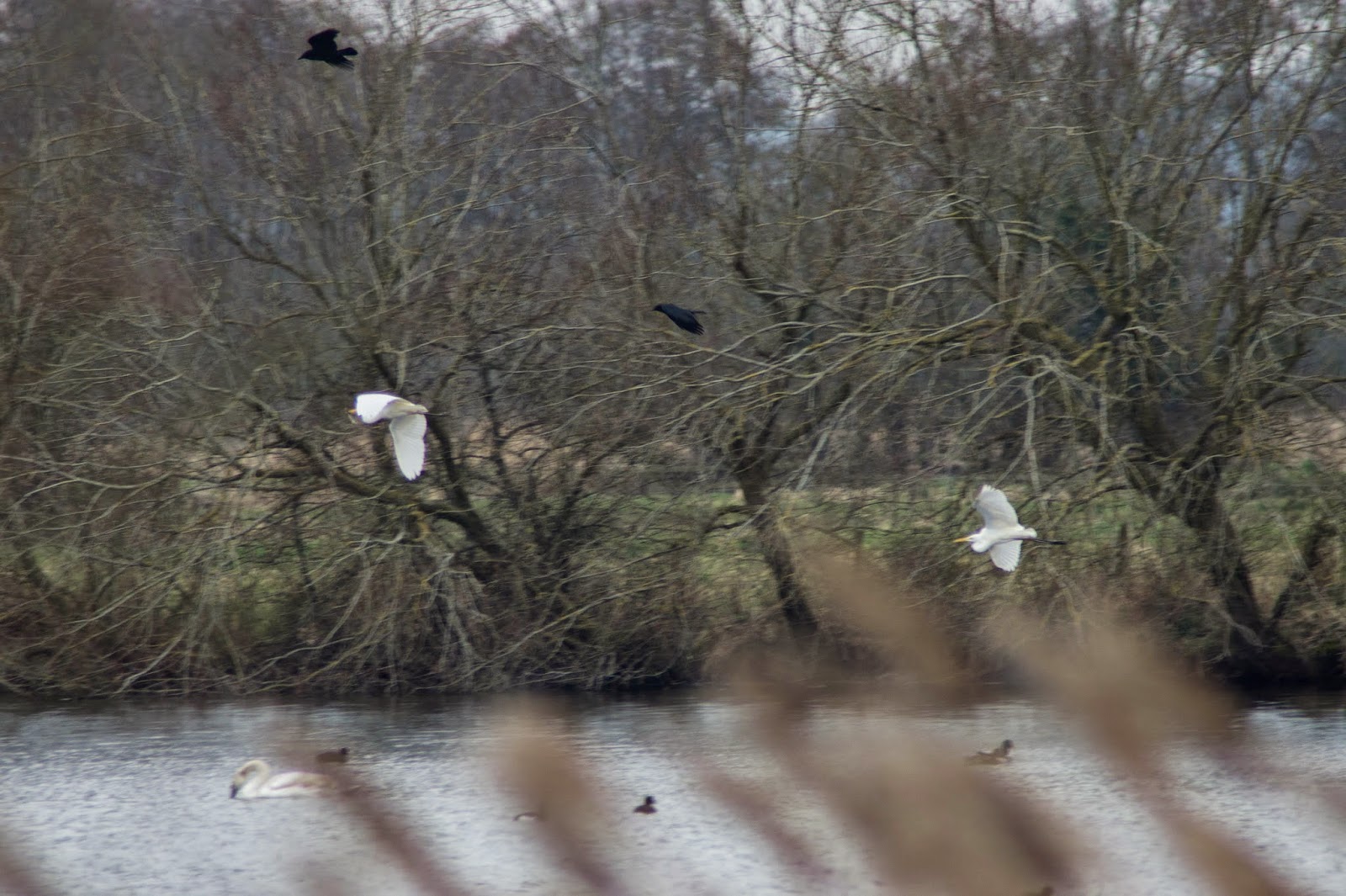 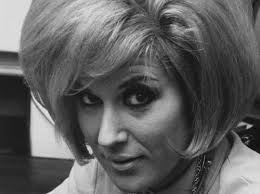 Dusty Springfield﻿
Soon they were gone.  Probably for some marriage counselling.  It was pretty quiet on the lakes, a few Goosander, a few GC Grebes and a few Teal. 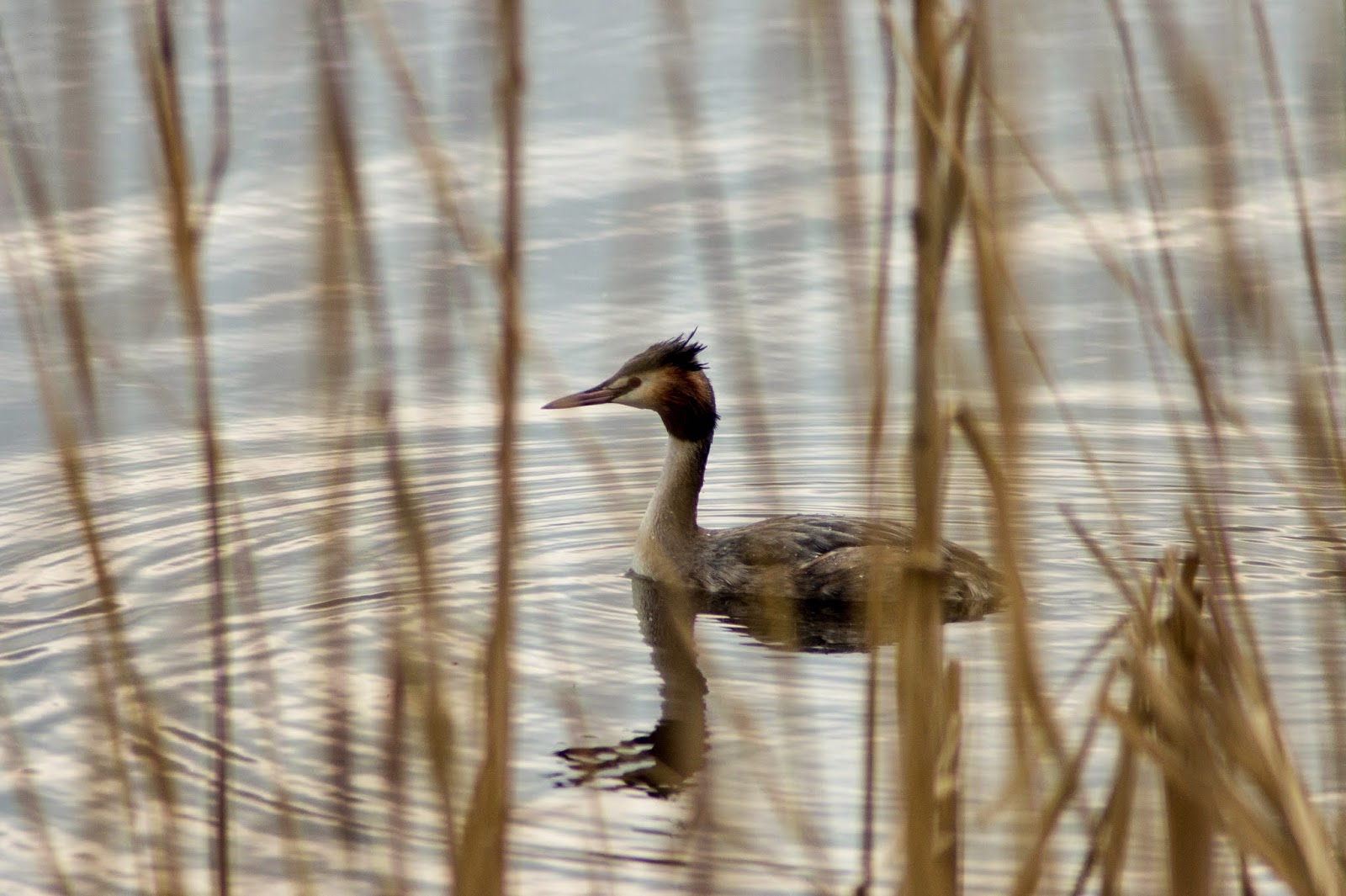 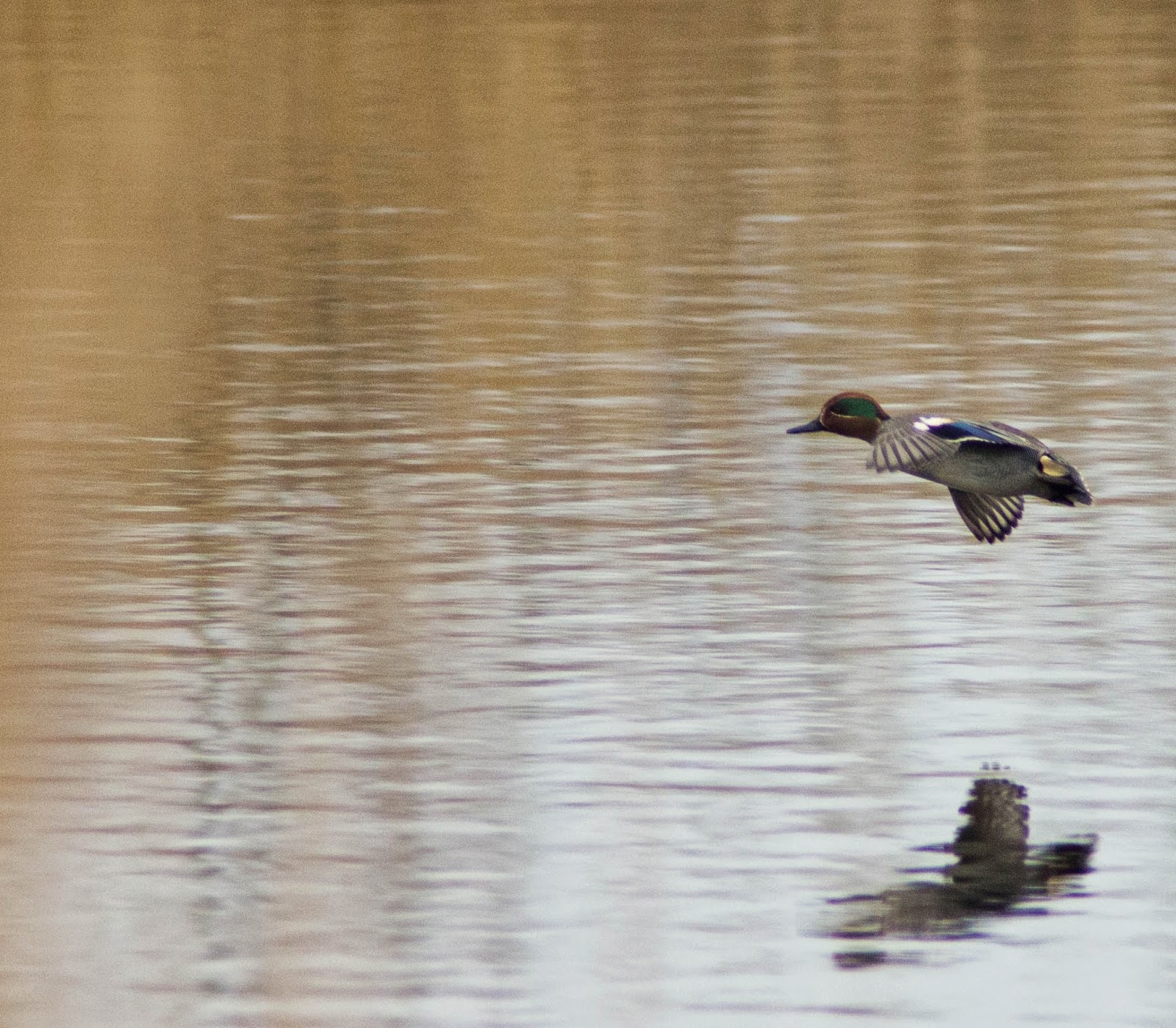 ﻿
I took a wander back down the track.  Hoping that a Marsh harrier might fly over my head.  It didn't but a GWE did fly just to the right of the hide I was just in... damn!  With a sigh I trundled back again.  It would fly off but I tried anyway... 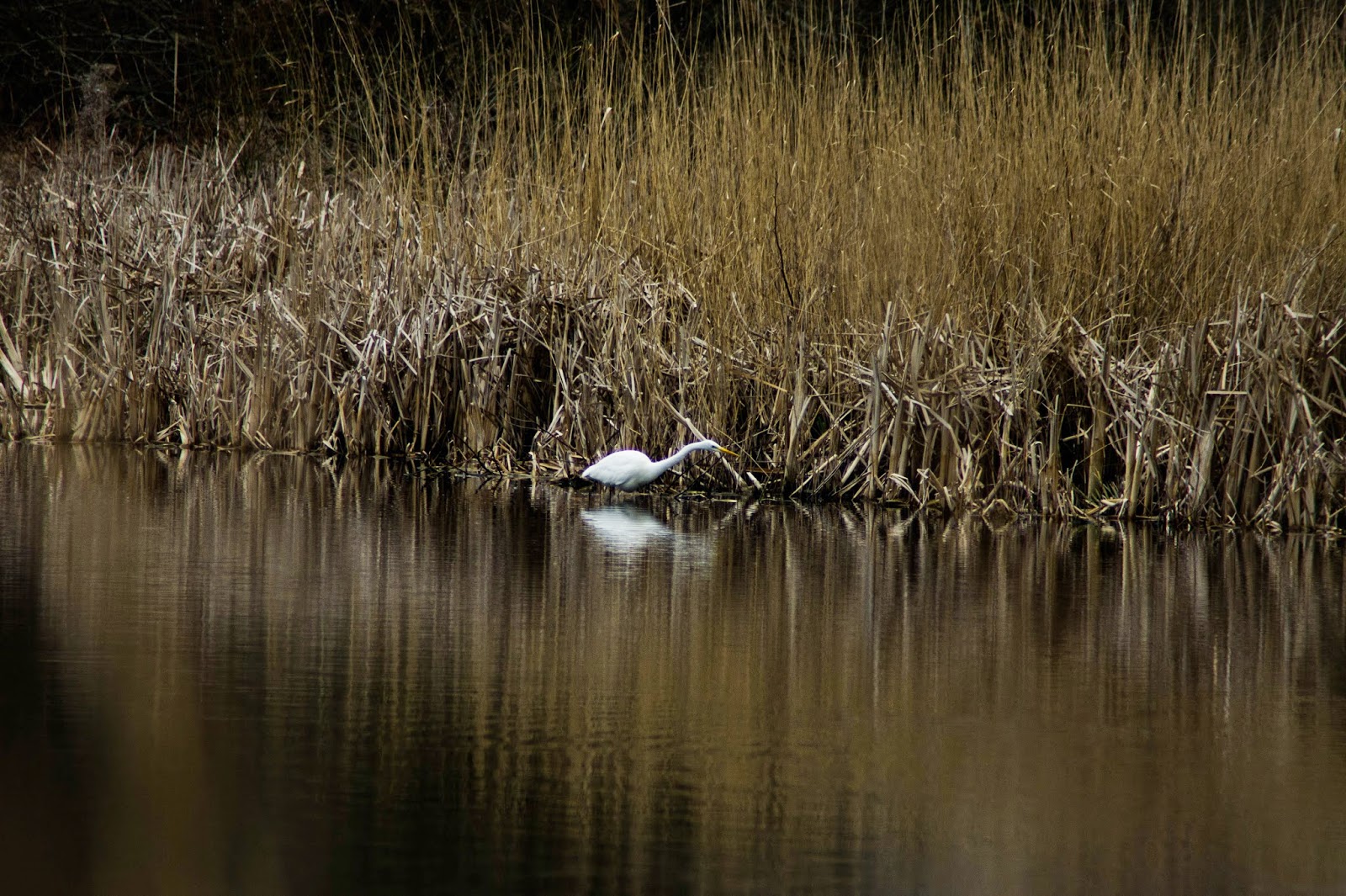 View from the main track
In the hide I looked about but couldn't see my bird.  I got distracted by a Cettis warbler shouting away in the reeds and some geese flying about.  It was only then I realized the bird was eyeballing me from behind some reeds!  The autofocus was whirring and grinding.  Unhappy at the strain I was putting it under.  But I only had a moment as the Egret was looking twitchy. 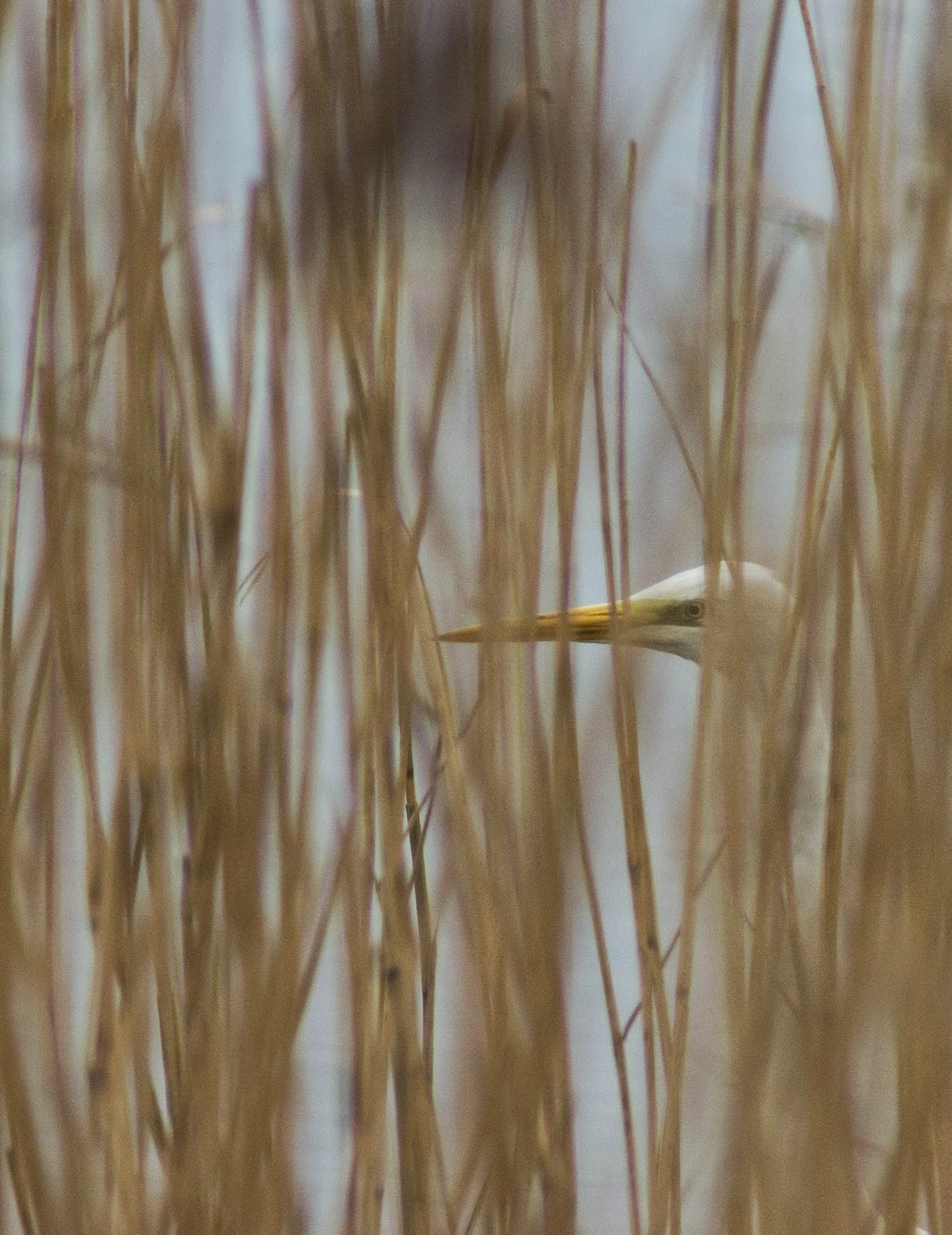 I think he was probably sulking after the argument earlier...
The Egret stalked about a bit before taking to the wing. 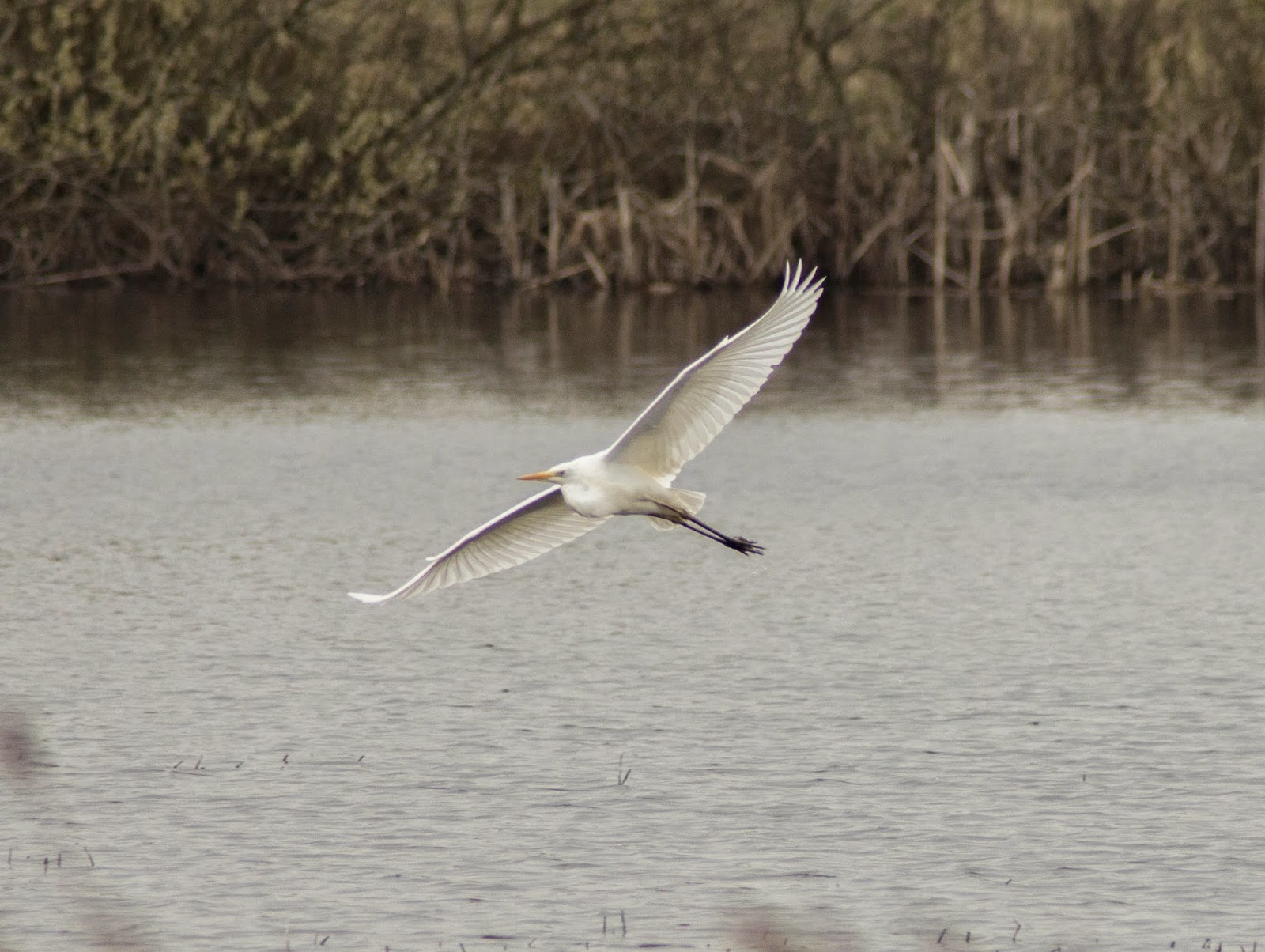 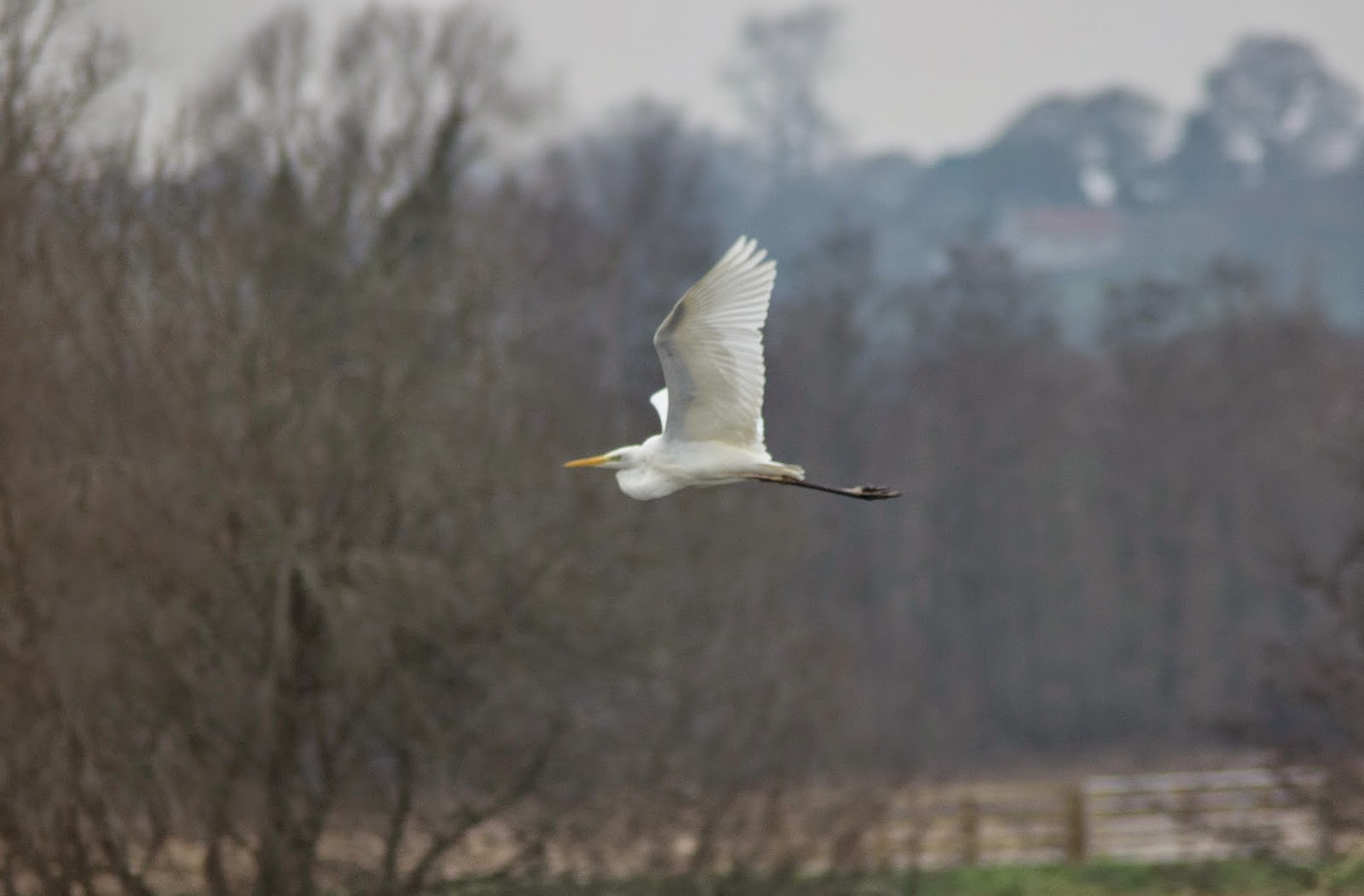 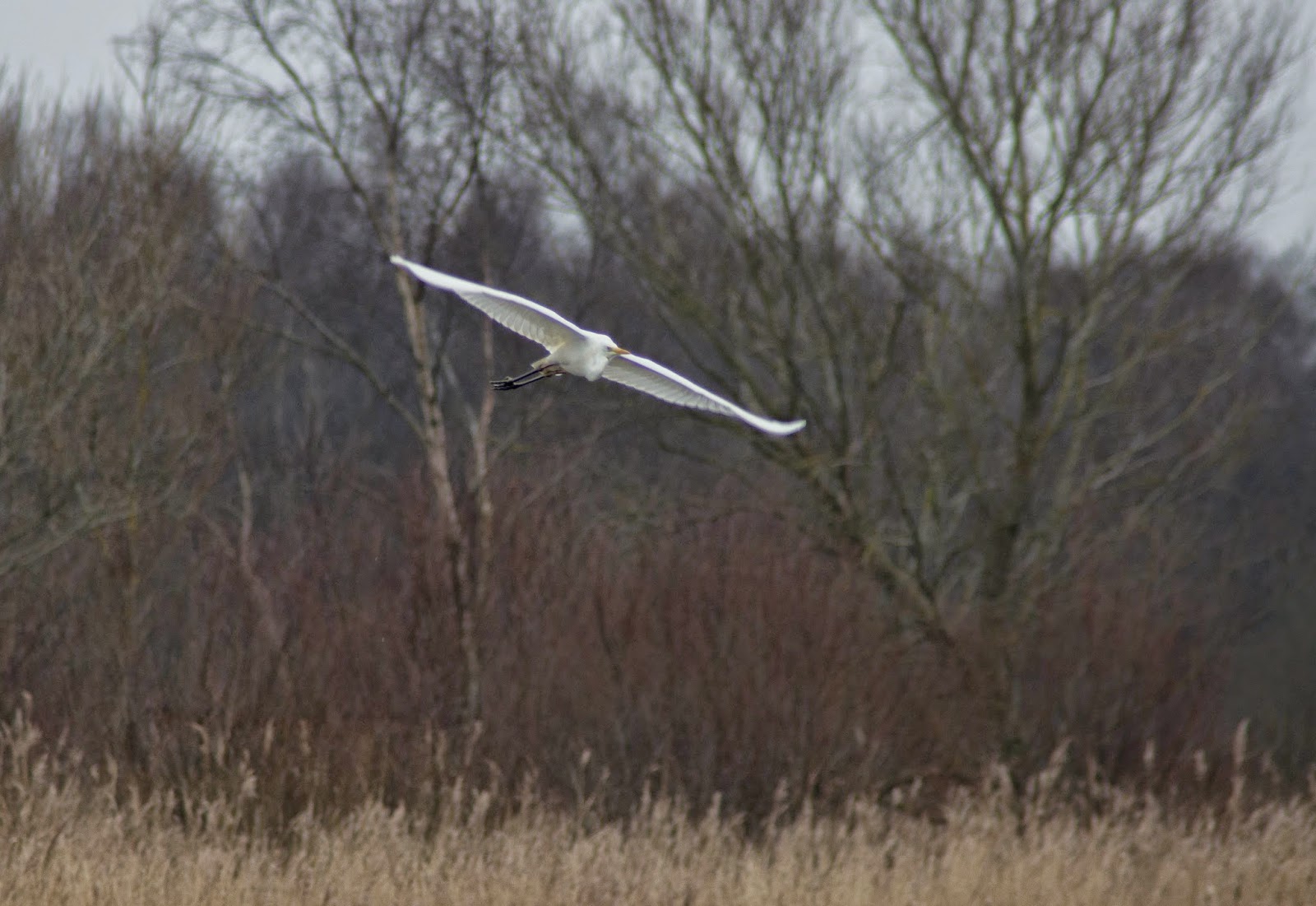 ﻿
That's enough GWE egret pictures now.
Satisfied with the viewing I went back down the track and stopped to have a bite to eat and busted out the little lens I never use to take some other photos. 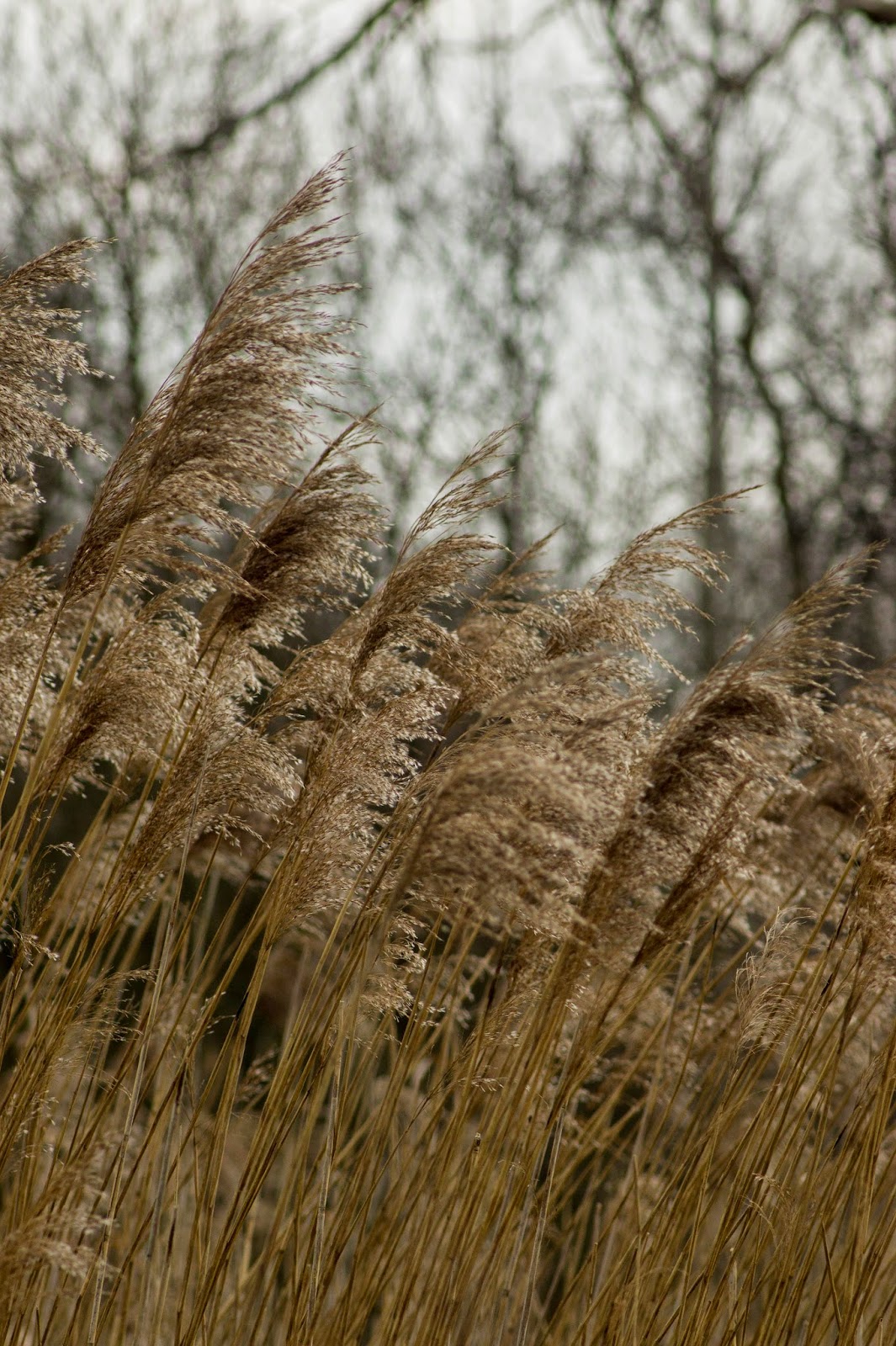 Actually I think this was from the bird lens 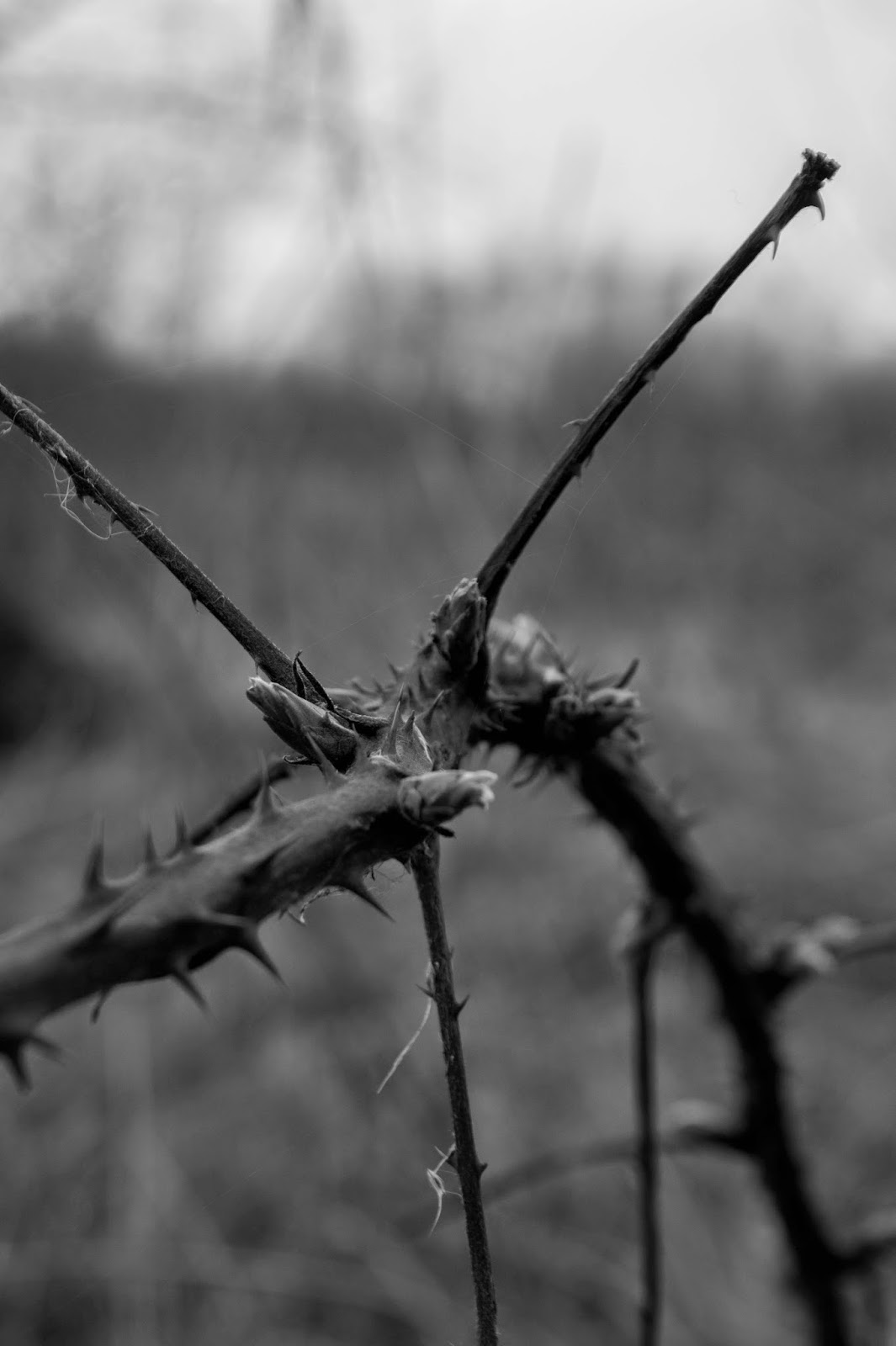 This was the little lens
It was all good fun.  I will do some more of this in the future I think.
On the way home I met Russell (I had to ask his name...).  Again another friendly and knowledgeable chap.  He had a cracking shot of a Treecreeper and had seen a Swallow!  The first summer arrival!
In the trees a couple of Goldcrests were flitting about and a Treecreeper but the pictures I got were awful.  Nevermind it was a good day for a white wedding.  I was pleased I got an invite.
﻿
﻿
at 07:19