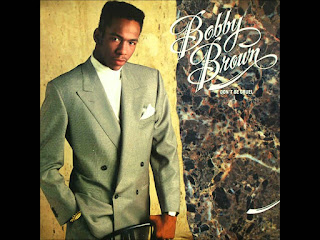 Ahhh! the late eighties.  What an amazing place to be.  Nintendo Gameboy.  Michael Jackson.  Bobby Brown.  Ghostbusters.  It was pretty much in that order for me. Today I was in my element, Bobby was singing his heart out on the radio.  His classic "Don't be Cruel" blared out of my Peugeot 107s little speakers.

Meanwhile I was photographing a Buzzard near Glastonbury.... 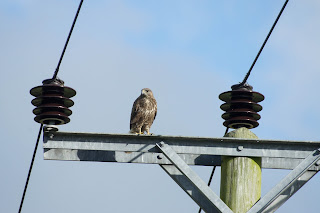 The Kestrel was less impressed and kept his distance. 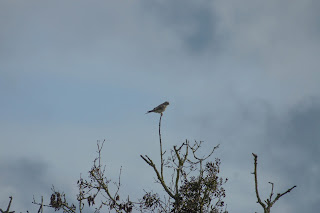 I thought it was a Merlin...

As the track faded away to be replaced by ad breaks I headed over to Tealham, hoping for a Peregrine or Merlin...  Instead I ended up playing a fun game of cat and mouse with a Buzzard. The 'drive whilst trying to take a photo' technique didn't really work with this wily fellow.  He simply took a quick look and swooped off to the next tree.  Eventually, after I nearly crashed into a cyclist I admitted defeat and drove off,.  The song Don't Be Cruel seemed rather apt... 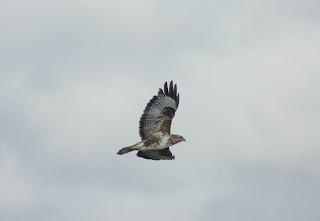 Repeat this a few times and add in a frightened cyclist and you are pretty much there. 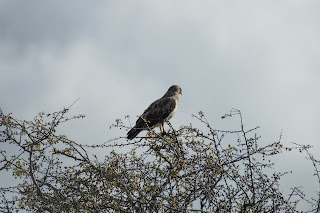 
Here is a Merlin Kestrel having some trouble with a Crow. 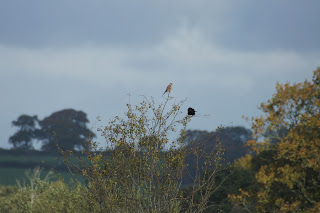 One of many Kestrels out and about.
The sun was starting to come out a bit so I decided ditch the car and take a walk along London Drove to the hide at the end (the Island one). There was plenty going on.  A Kingfisher zipped by the hide and a Marsh harrier floated by, sadly the sun went in whilst this was happening. 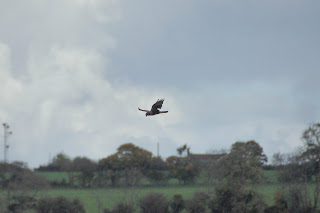 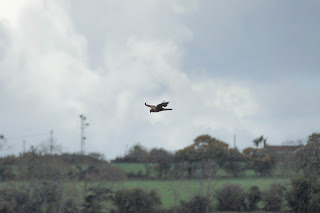 They are 2 different pictures.  Sadly both of them are dark and distant.
The light went at just the wrong moment (a bit cruel really...)

Meanwhile a great White egret had flown a bit closer.  I kept my camera on him as he stalked the edge of the lake.  Then, a smaller brown heron flew straight at me.  BITTERN!!! I fumbled and cocked the whole thing up.  The bird landed right in front of the hide.  When I say landed it kind of crashed into the reeds.  I cursed out loud.  When do you get a Bittern fly right at you? NEVER!!
Booby's track thumped through my head even louder. 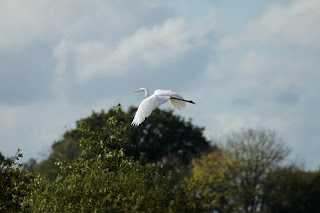 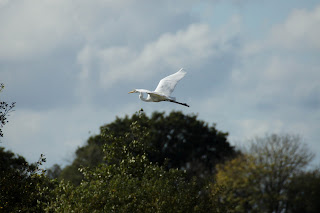 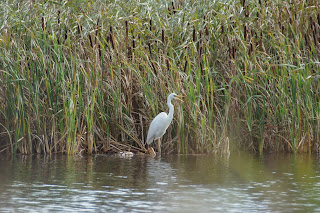 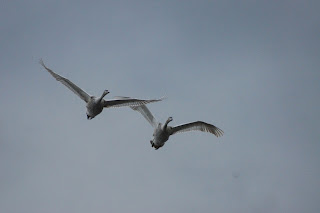 Bet they could see the Bittern 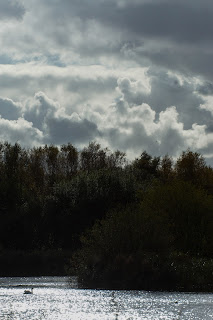 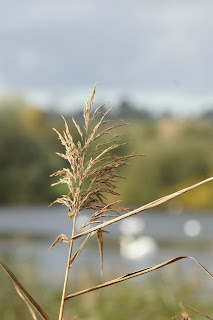 This one is a homage to the first ever blog post
Something I now regret...

About 5 seconds after taking the above photo, just as I was reviewing the picture.  A Bittern flew up, less than 15 feet away.  It scared the living daylights out of me (I scare easily and wear pink T-Shirts).  Had I kept my camera up I would have had a great shot, even the light was perfect.
Once more Bobby sang to me.
The only consolation was the fact that I had never seen a Bittern so close.  In the few seconds it was up (before landing rather noisily again in front of the hide) I could appreciate its incredible plumage.  It seemed to almost have a greenish tinge about it (although that could be a result of the Lidl's cider had drunk the night before, only £1.49 for 4 tins!).
I looked desperately in the reeds.  The blighter was in there, a few feet away.  But I just couldn't find him.  The day ended with a phone call from The Boss.  It was time to leave.

Bobby had warned me at the start of the day...   Wildlife photography is a cruel business.