A quick after work style one today. Gave James the buzz and we met up at, yes you guessed it, VP2 at Ham Wall. We promise we will go somewhere else soon! Anyway thats where we met. Unfortunately James is just a foot soldier at the moment. He needs to take is steed in to be shod. Yes well thats going to happen some time soon isn't it!
But before we get onto the actual viewing platform (So to speak) let me tell you about a certain nemesis we have. The route from Glastonbury to Ham Wall incorporated the (As we call it, we have no idea what its supposed to be called but it does follow the old railway line in a wiggly sort of way) Enchanted Wood. For quit a few trips through this wood we have been taking in the delights of enchantedment when the ass end of a Greater Spotted Woodpecker makes us jump. These buggers have an annoying habit of flitting to the next tree as soon as you get within even thinking about taking a shot. Ad infinitum! We then get a nasty dose of amnesia. (Must be the enchantedness) so that next time we repeat the exercise. Ad infinitum. But today I remembered. I crept through the wood looking out for the beast. Slowly I moved. Half way through I suddenly stopped. Eye contact was made. Like gunslingers we locked. It was fist full of dollars Somerset style. And off he slitted. Ad infinitum to the next tree. It was, of course, a perfect shot. Side on, on the side of a small tree with dappled light. Next time my friend, next time.

Viewing point 2 at Ham Wall never, and I mean NEVER lets you down. It was an odd evening. The light was bright but hazey. As though a storm was coming but no sign was in the air. A solitary Hobby we had seen for the last few weeks was tantalising in the distance. Only once did he come close enough for a good shot. 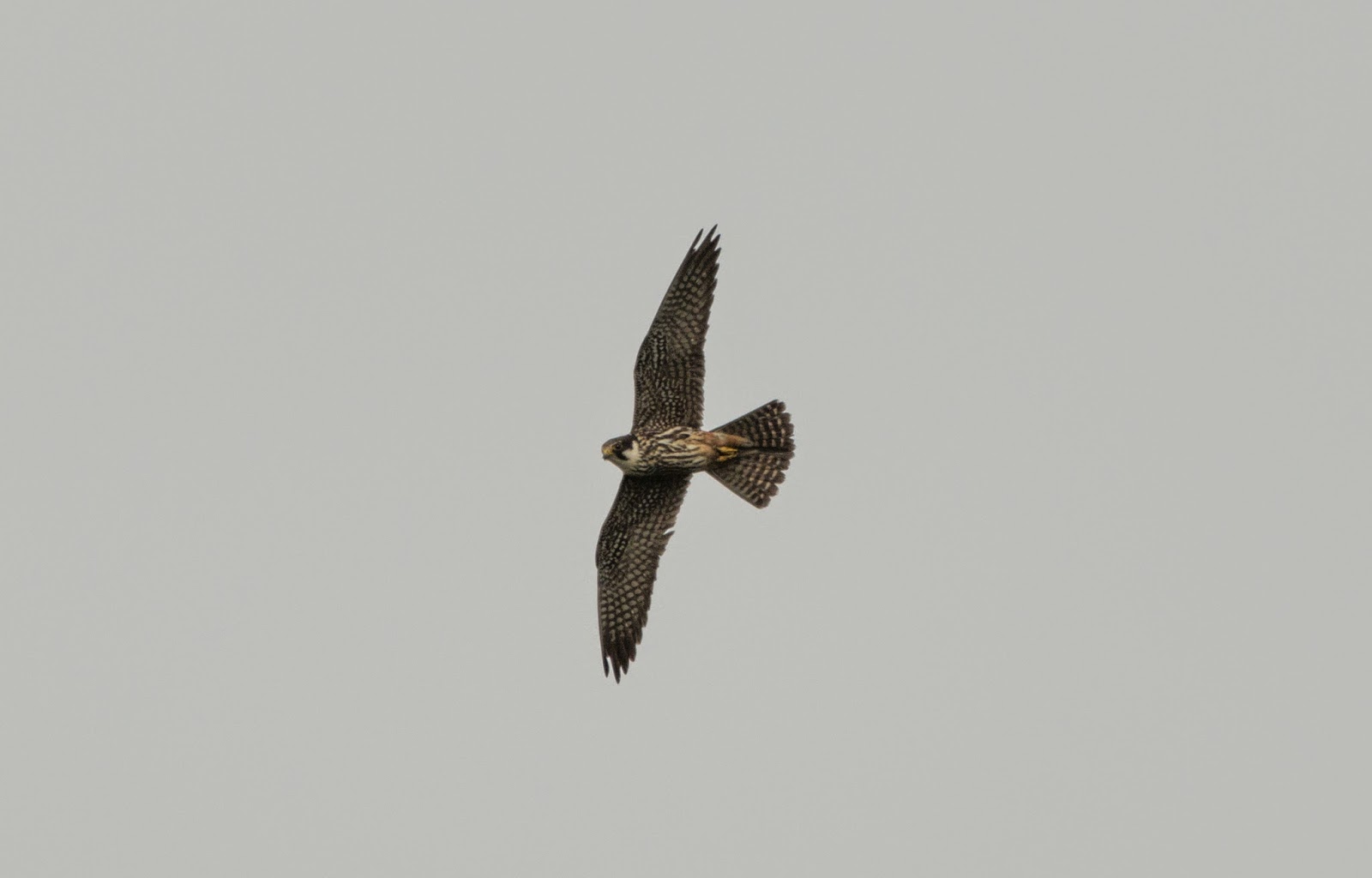 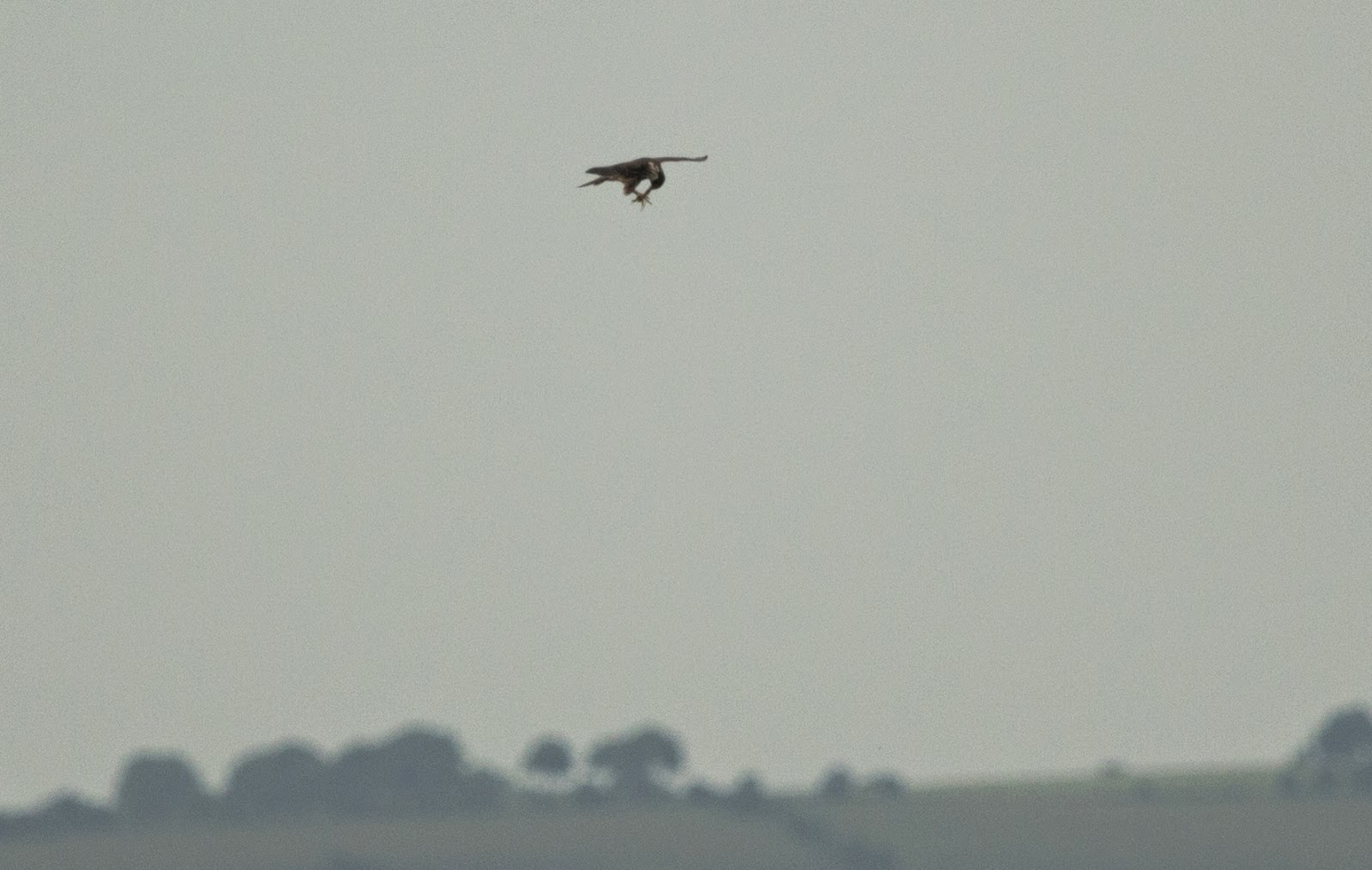 Here he is nibbeling on a Dragonfly 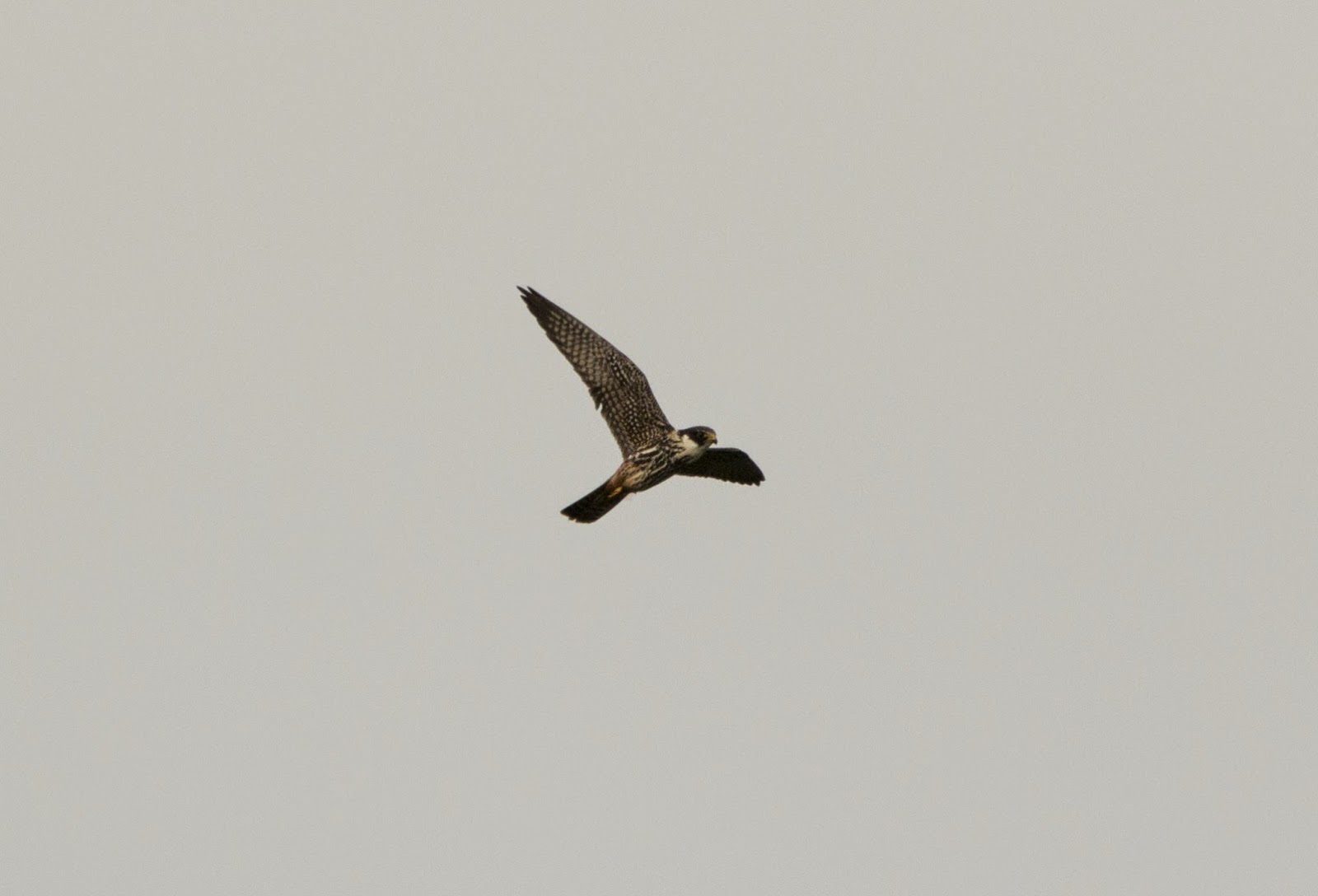 Heres a bird both James and I appreciate a lot. If it where rare we would be drooling over it. Its got a beautiful name to. 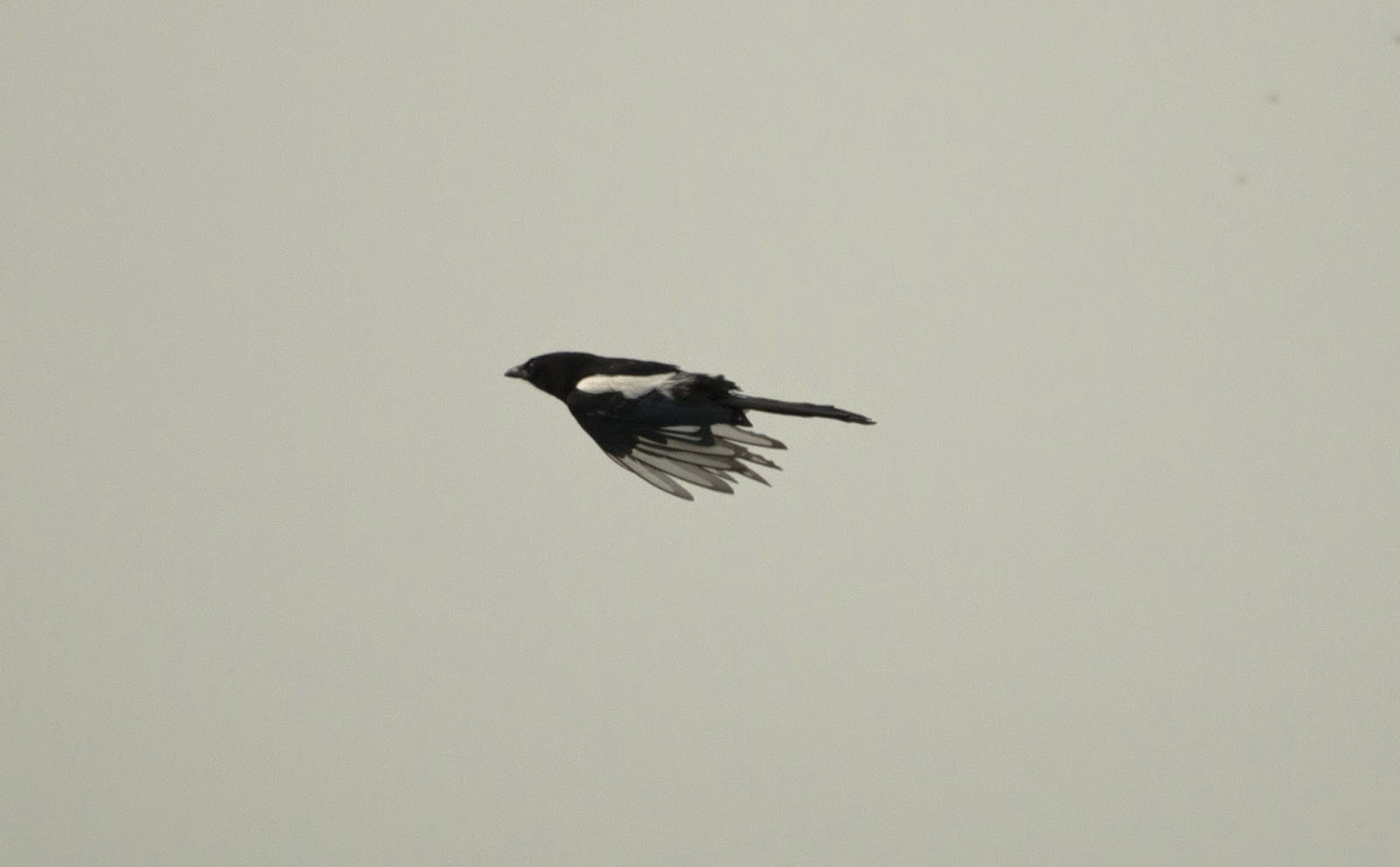 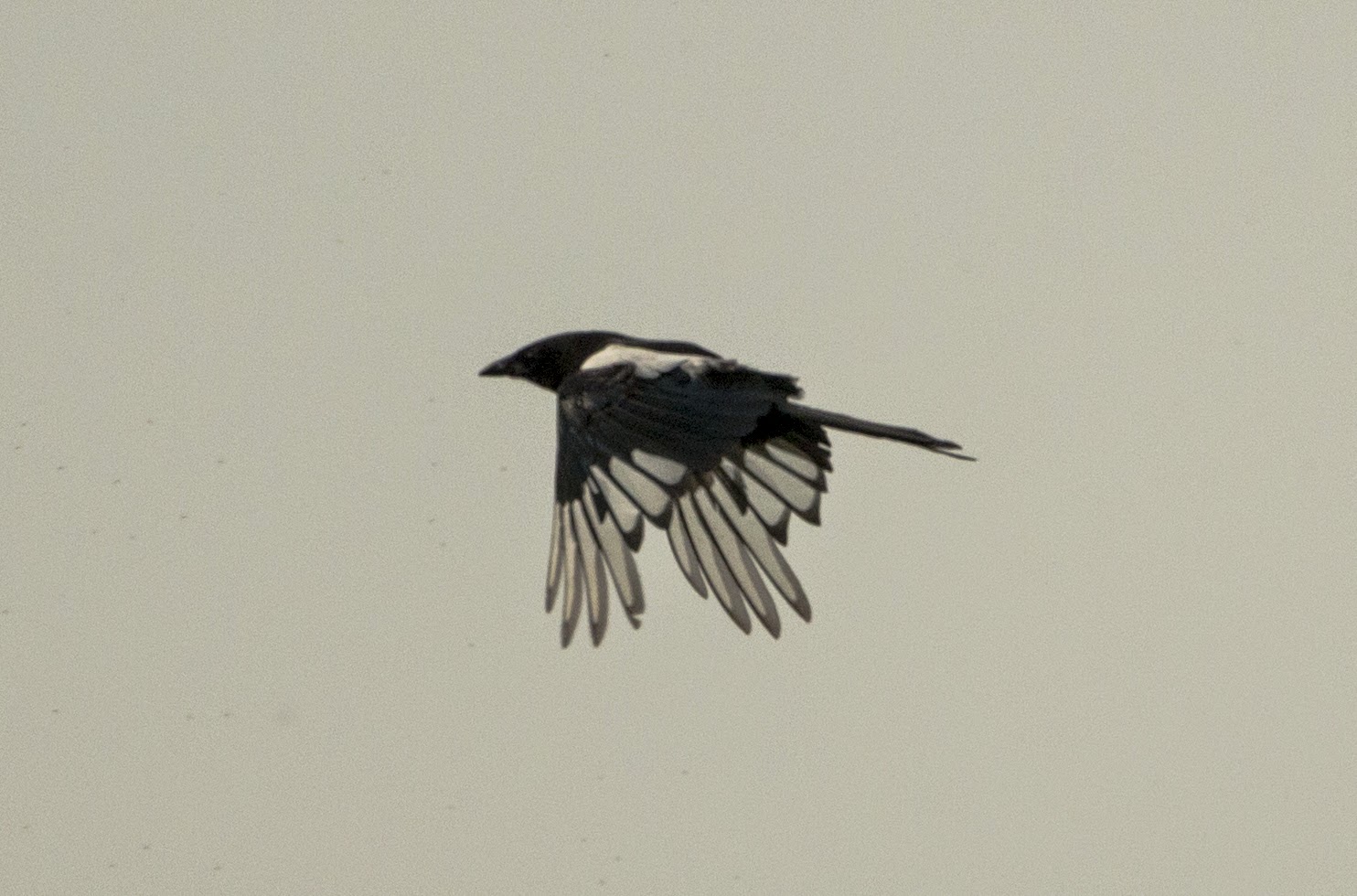 The next nemesis appeared at this point. Every hour or so a Sparrow Hawk serenely flies low past. Its so enigmatic we forget to grab the camera. One day my friend, one day. Ad infinitum.

So what else did we see? Well there was the Kingfisher, the flock of Lapwings (Right on cue when I commented that you just don't see Lapwings in the summer do you), a couple of female Marsh harriers, THREE Common Turns (We had only seen two previously).

Your waiting for the pictures aren't you! You dont want to see that lot. This is what you want to see. Another picture of a Juvenile Buzzard with a rat in its beak! 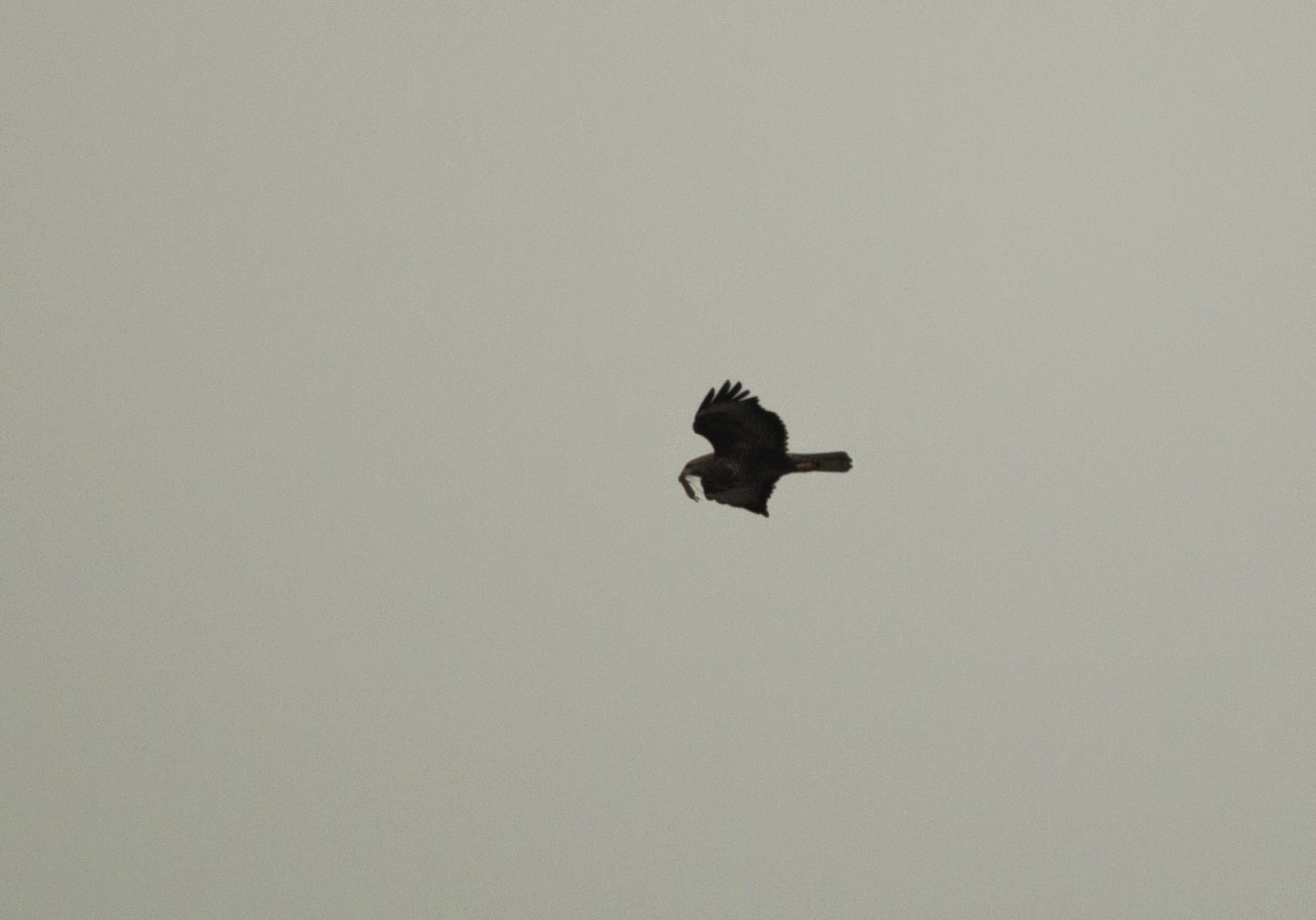 There is a section of dead threes that I often take a look since they are prime woodpecker/Kingfisher/Cuckoo locations. I have never seen any there but wait, is that a Little Owl sitting on the top of a dead trunk!!!!! 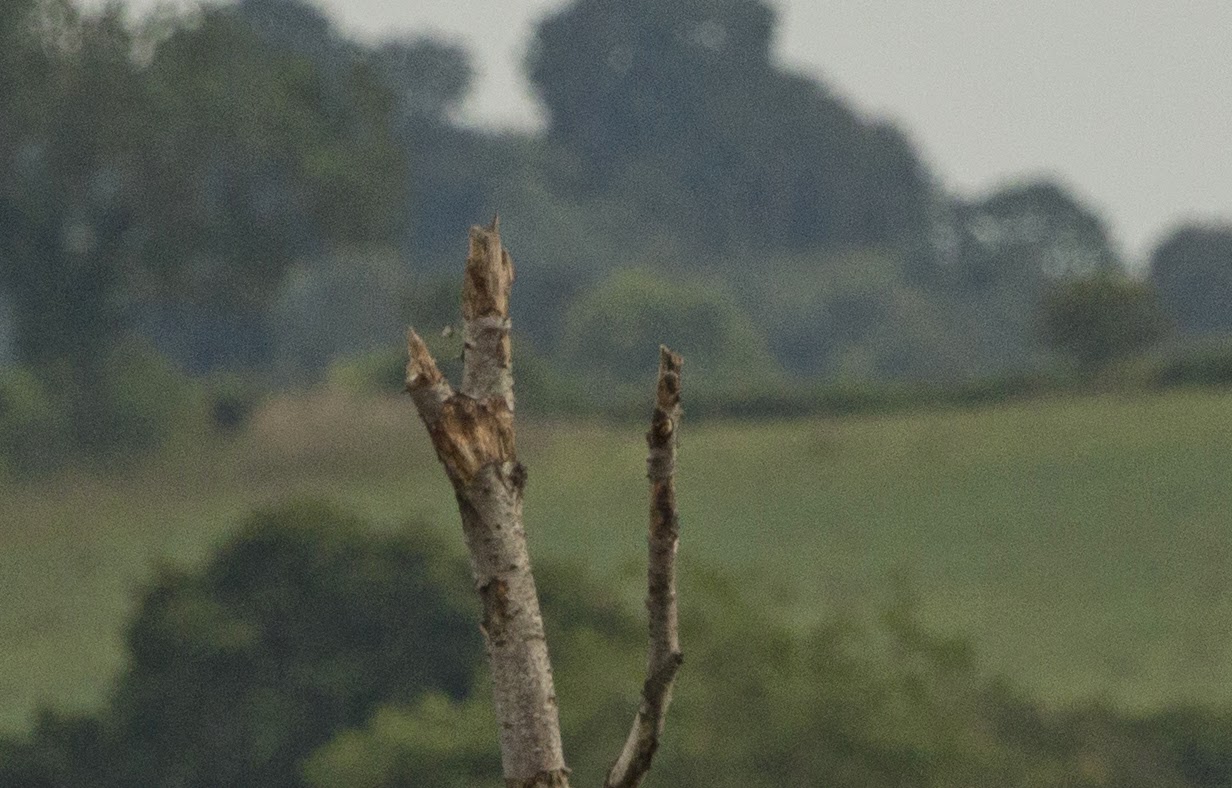 Little Owl (That is always there)
It hasn't moved for months
at 21:24