After a partially successful visit to Noahs lake to see the Osprey I thought I would try again in the hope that:

I had some luck here on both counts.  It was quite a bit closer and after a while to did do some stuff.  Firstly it went for a poo and then (finally!) it flew.  A great sight. Topped off by a successful dive which resulted in one dead Rudd.  I filmed the whole thing except my camera went completely off the rails and decided to focus on the wrong stuff, resulting in a blurry mess.  Annoyingly I forgot that the camera does let you focus manually, which would have sorted it.  You live and learn...

So I had to make do with these. 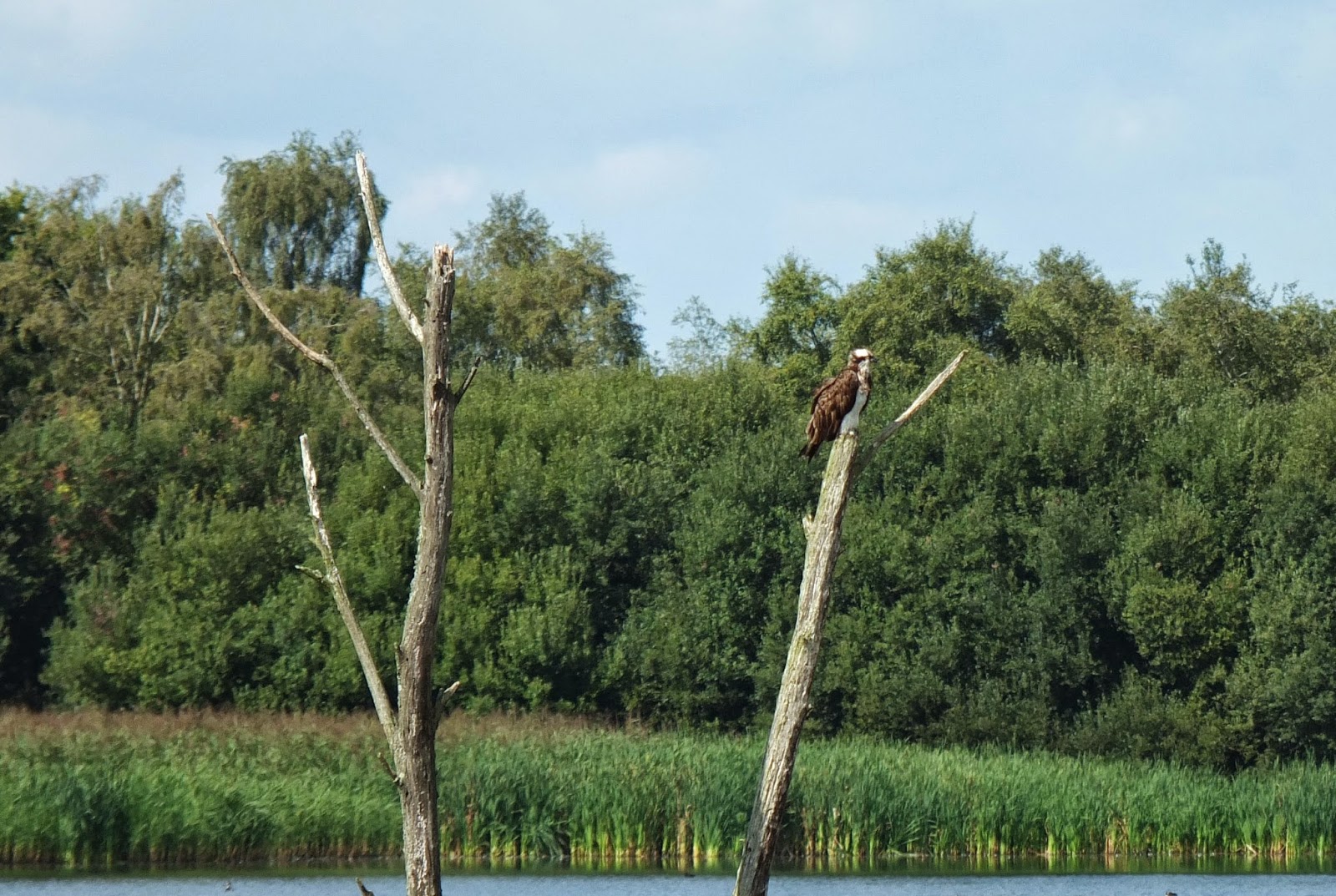 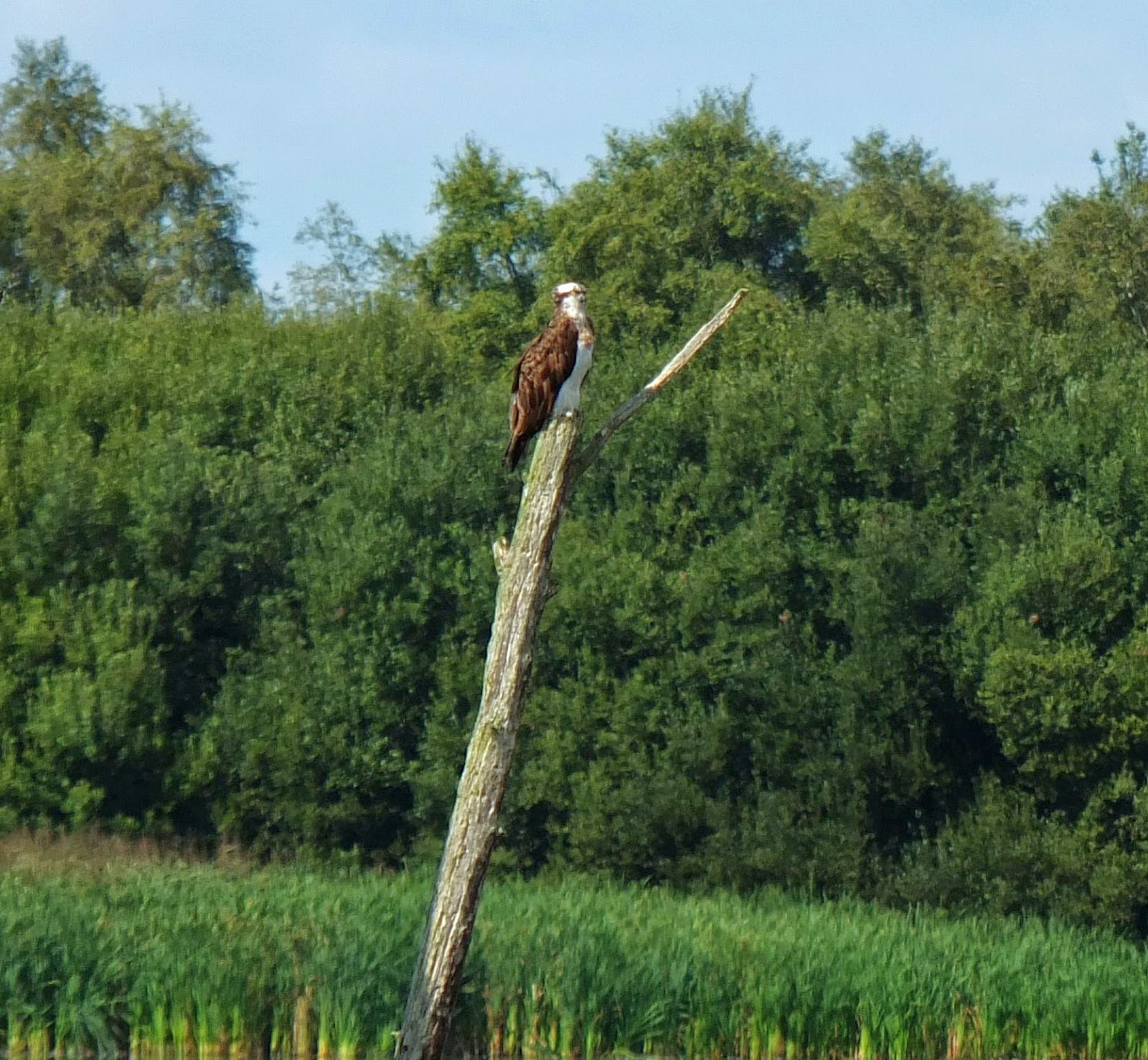 
Speaking of going off the rails... 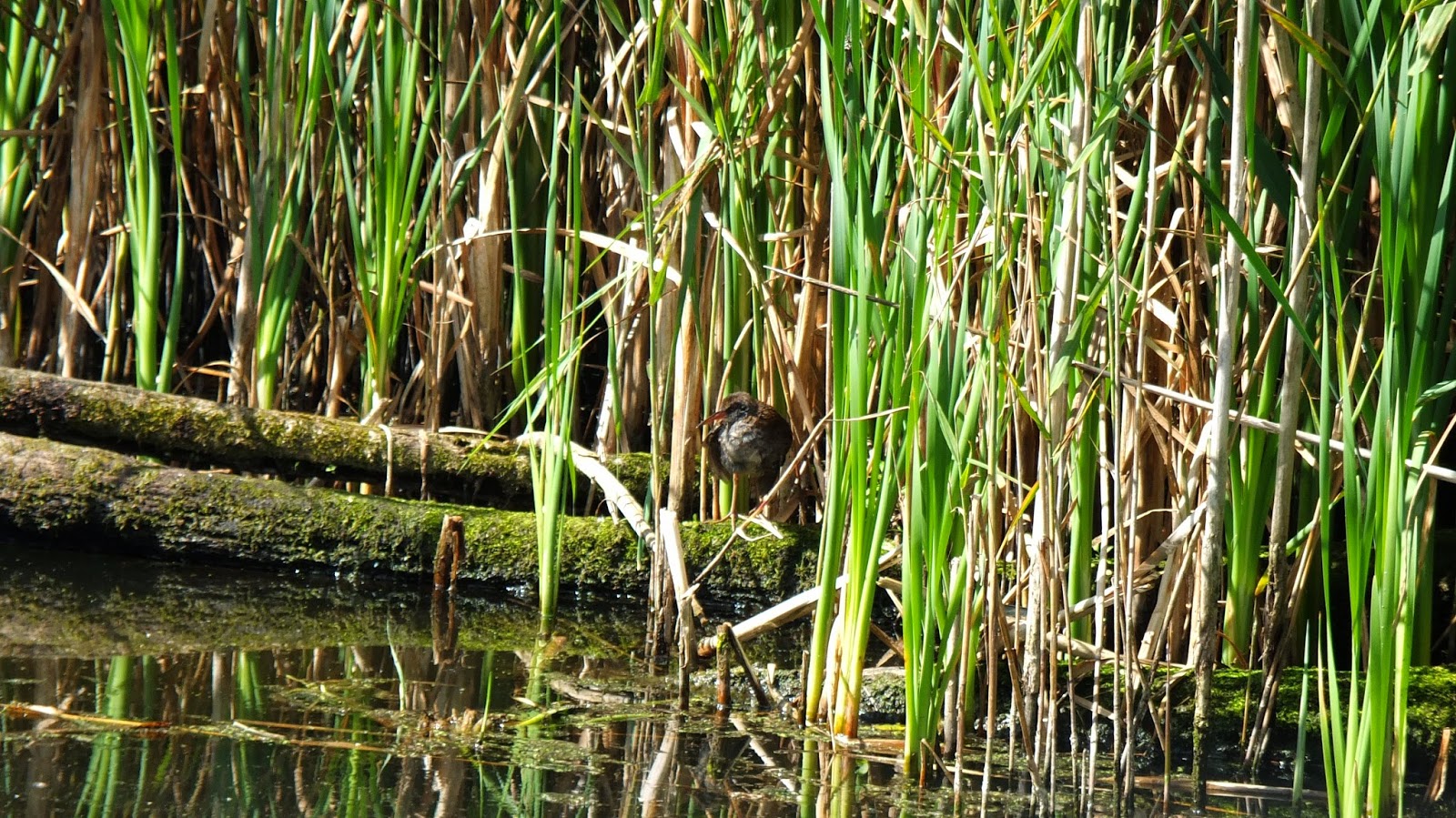 This fella showed himself briefly.  I have a lot of luck with rails.  I have seen loads recently.  Maybe I have a unique Rail friendly odour? 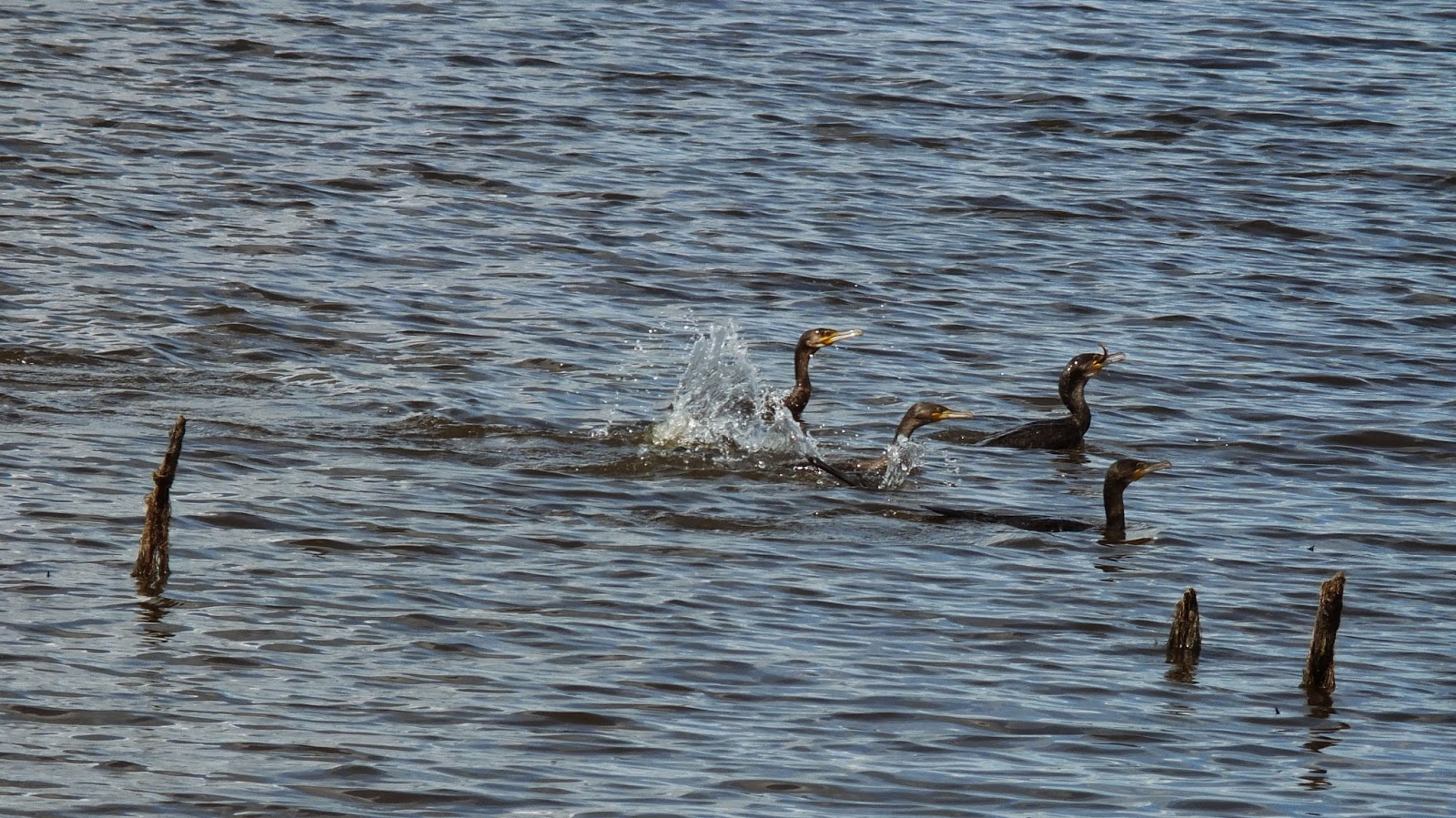 It was a bad day to be a fish, with an Osprey above and a flotilla of Cormorants swimming about.

Noah's hide has its own unique climate i.e. very cold.  Wearing a T-Shirt was a bad idea.  In the end I gave up.  Stepping outside I immedaitely warmed up (bizarre!).

The scrape now has a huge number of herons on it.  Little Egret, GWE, Grey and a Bittern which flew up just after I took this picture (he might be in there somewhere!) 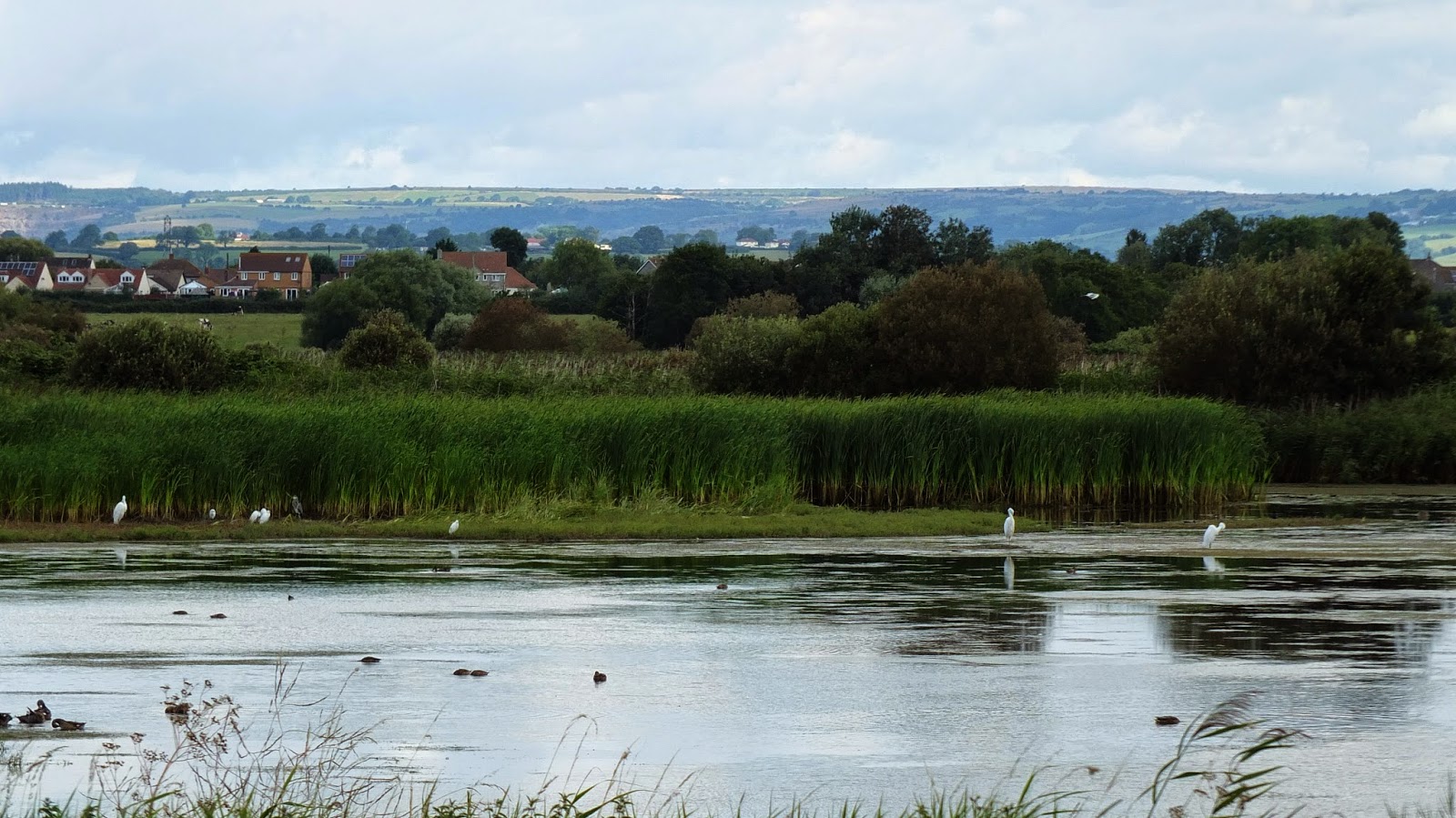 Overall, a good few hours spent.  Lets hope the Osprey sticks around and I keep my camera on the rails.
at 10:25