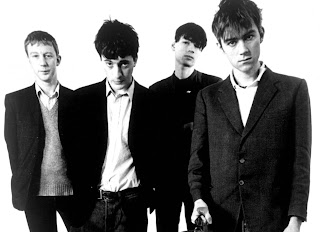 This weekend saw me head over to Center Parcs at Longleat.  I was with half a dozen family members, which meant much eating, drinking, walking and some swimming (pretty much in that order).

Despite this, I was keen to get a few EFRS moments.

With this in mind I carefully scattered my bird seed outside the lodge (at this point Andrew will be sighing, tutting and rolling his eyes he deems this sort of behavior as unacceptable).

This was supplemented by potatoes, carrots and a few snack-a-jacks.

Night time came and I was keeping a beady eye out for a Badger (we had a very friendly one outside last time).  Then at 10pm I gasped with excitment.  A flash of black and white... I grabbed my camera.. and.. a small pudgy cat looked through the glass.  Not quite what I wanted...

Morning came and a gang of squirrels arrived on the scene.  Brash and uncaring they ate most of the seeds and pretty much everything else!  At one point there were 7 of the things racing about! 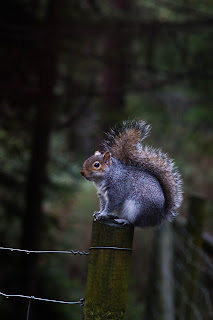 A quick picture of one of the robbers in the early hours.
I resorted to a nice manual lens (Takuma 135mm).

Despite the furry marauders making a mess of things some other birds did make an appearance.  These are the ones I can remember:
Coal Tit (lots)
Blue Tit
Great Tit
Nuthatch
Blackbird
Robin
2 Jays (sadly they were very nervous and there was no chance of a photo...)

After breakfast, I adopted the classic EFRS tactic and wandered about hoping something might happen... 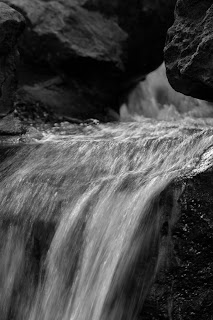 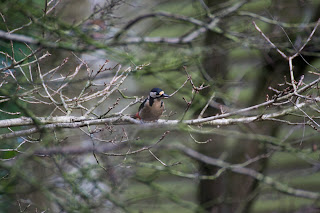 This woodpecker stayed still for a bit

Eventually I made it to the lake, complete with Heron and Mallards.  True parc life. 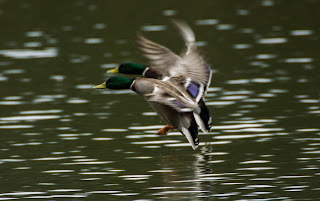 I didnt use the clone tool... 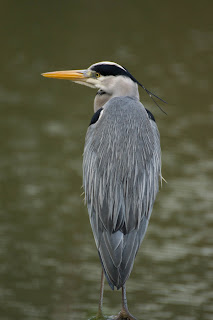 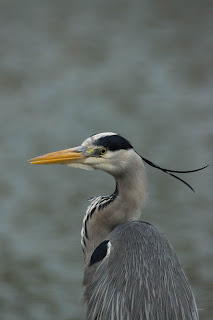 This heron kept and eye on me but was more interested in the fish milling about at his feet, which allowed me to get pretty close

Slowly the sun decided to come out and we walked to the play area.  While the kids slid down the slides and fell off climbing frames I scratched around the place looking for any unusual little brown birds. 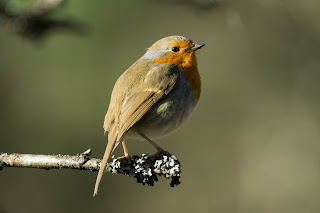 Not unusual but he sat... in the light!!!! Ive never got so worked up over a Robin!!!
Although I hadn't seen anything earth shattering I still enjoyed myself and it was quite nice to replace reeds with conifers.
After eating lots more food it was time to leave. On the way out a weird creature was scampering around in the road.  Small with short little legs.  A Muntjac!  Never seen one before.  Sadly I was in the car and couldn't get a picture.  Maybe next time...