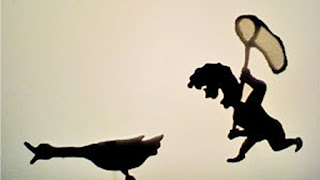 Erm! right we haven't got a clue what we're doing to be honest. We're a couple of blokes wandering around with cameras. We have no idea where stuff is popping up. We read the SOS site for sightings then consider going to see them. We more than often can't be arsed and end up at Hamwall. This was the case on Sunday as we read about the Whooper Swans over at Curry Moor. We were driving so there was no excuse really. A quick drive and we would have been staring them in their faces..... all four of them according Robin Morrison. James has just got a replacement for his trusty Sony A33 (No sniggering at the back it IS a real camera honest) He's only gone and got himself an proper camera.......a....... erm...... Sony A65 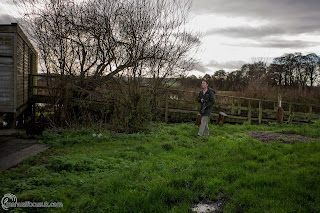 So with that in mind we met up at Catcott lows. Where else for a bit of peace and quiet. We were very disappointing actually, plenty of water and the fowl were close but not many of them. The light, as usual, was pretty poor except when the sun came out.... erm as it would I suppose. 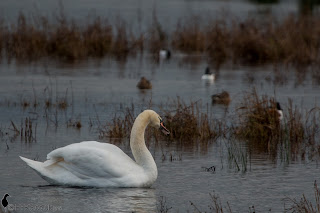 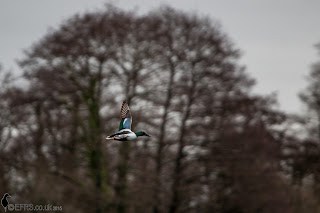 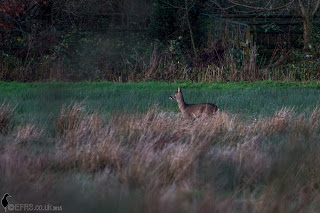 Deer dancing through the flooded fields 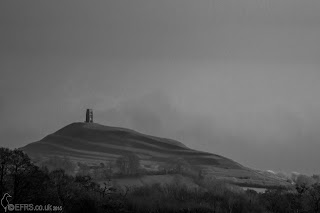 Easily bored and not being bothered to actually take our time to actually do some actual bird watching and what with James wanting to use his new toy in anger we headed over to London Drove in search of Goosanders. As we wandered down the path I often what turn of fate deprived this long country lane from the roar of motors, metaled pathways, white lines and street lights. Just a building built in the right place at the right time  a few miles away made people turn right instead of left letting this once busy road slowly sink into slumber with only the occasional farmers Landrover potter through. Another twist could have had a row of houses, a lively village sprout from the bogs. Now its busy house holders make a living gathering twigs for walls and moss for beds, feed the young on grubs and seeds and keep the Marsh harriers and foxes from the door. 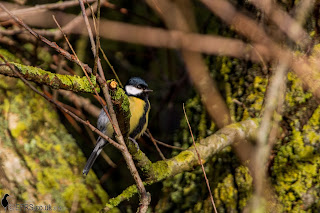 One of the 'locals 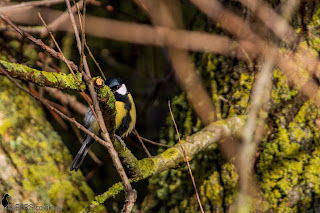 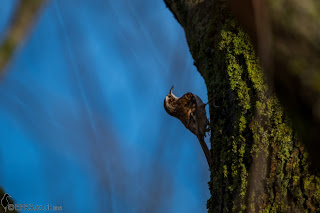 James spotted a few Tree Creepers. We harried around the tree like monkeys with sticks trying to 'get them'.

We split briefly as I went to the end 'U' shaped hide and James stayed on the track where there is a little screen. I knew what he was after. Those Goosanders where hovering just in front of the screen. Too close actually as they scarpered as soon as he tried to approach. In the mean time I got this Thrush in the tree. By this time any shade was killing what little light there was. 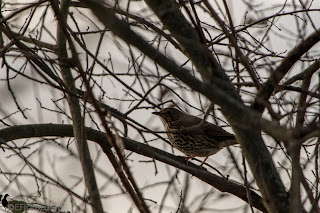 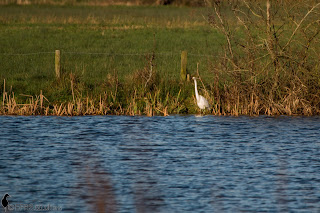 Great White Egret on the far shore. It is a regular around here and is usually spotted in the trees on the small island in the first pond.


What really caught my eye was this Moorhen in a tree! It seemed to be looking down at something that probably scared it up there. 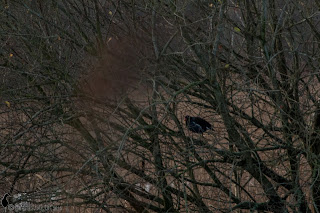 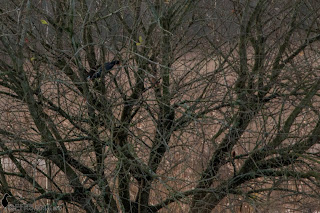 As I say, James had scared the Goosanders into the water. One came my way unfortunately as I aimed it saw me and scarpered again into open water. 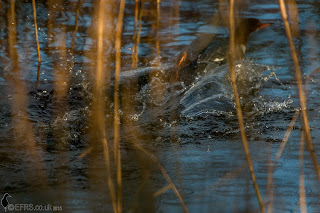 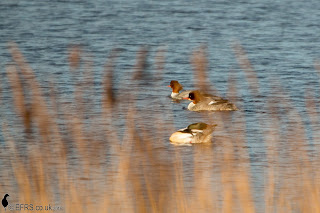 Safe in open water. Also note use of Manual Override in the focusing department 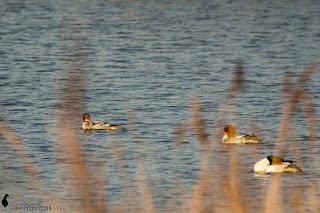 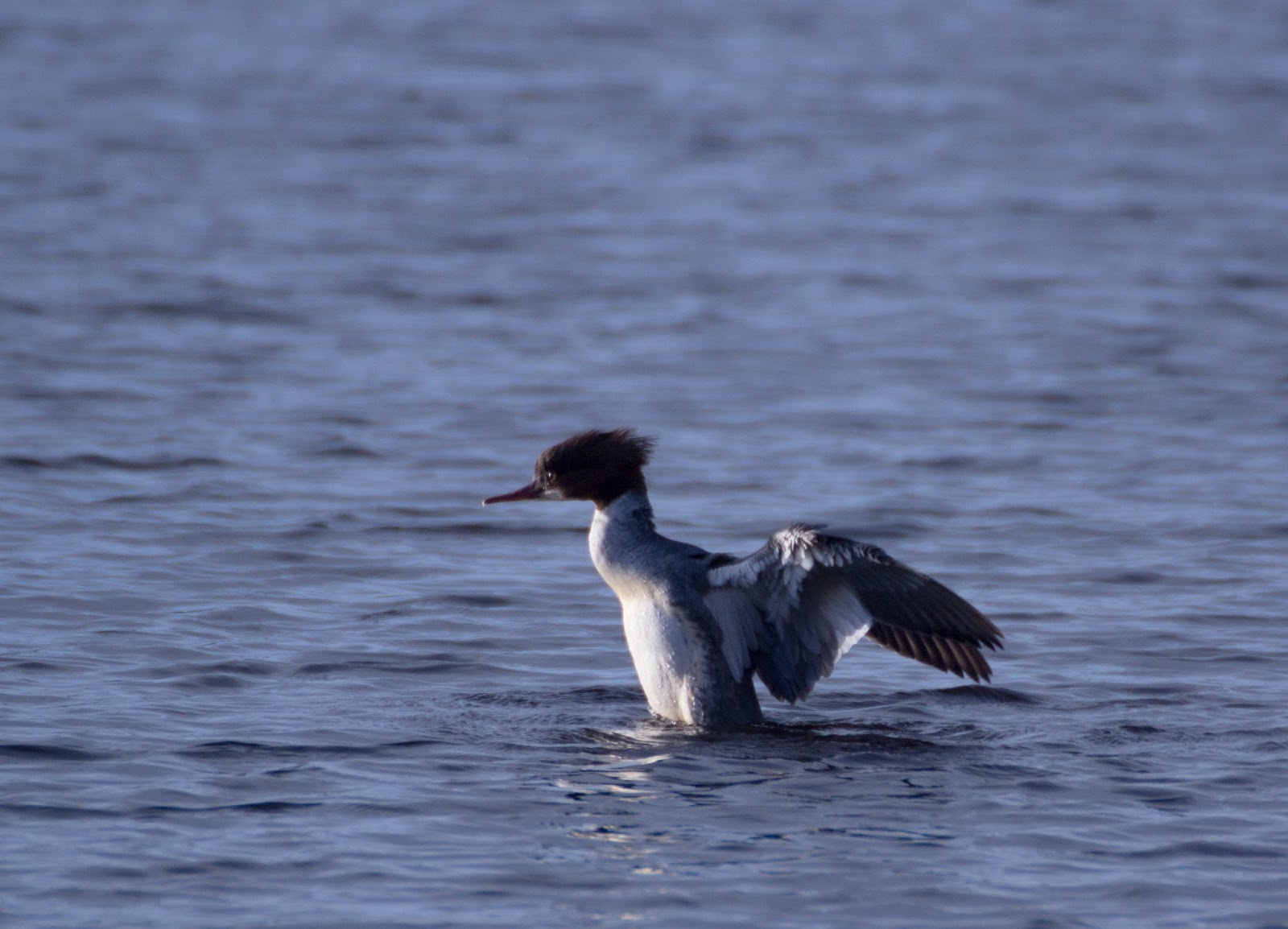 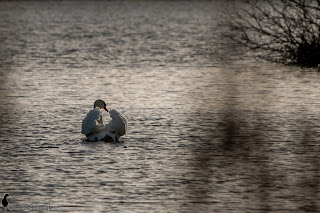 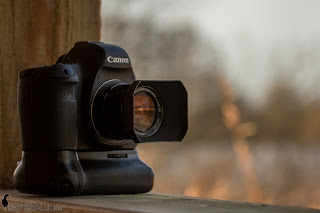 If Pigeons are the Rats of the sky and Sparrows the mice then Long Tailed Tits must be the Shews. So sweet flitting in little gangs along the tree rows. 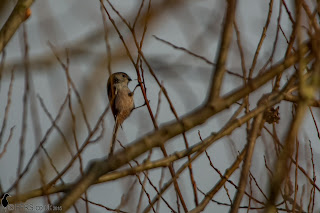 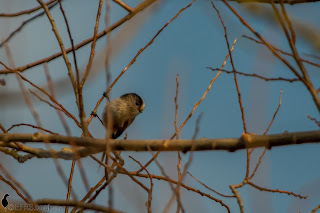 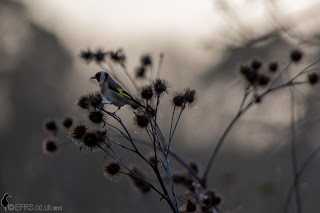 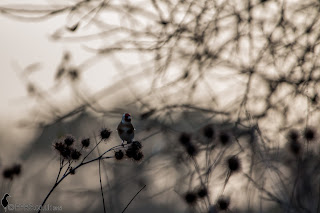 more art a bit in your face init 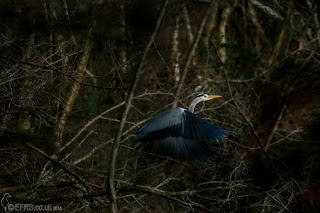 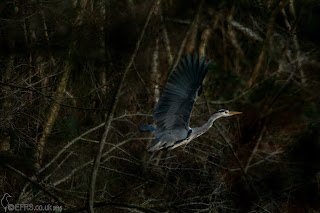 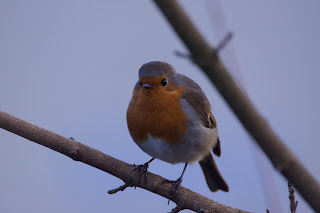 
Where to now? We've scared enough around here for now. James was murmuring something about murmurations. I was to but what with all the popularity of the record breaking numbers I wasn't to keen on mingling with the masses. A difference of opinion. James wanted to follow the murmuration of humans at Shapwick. I, being an antisocial miserable bugger preferred to not run with the pack and go see them coming over head from the Glastonbury direction. We agreed to split. James squeezed into the Hamwall carpark. I pulled up at Aqueduct Crossing bridge alone.
Text contact confirmed one thing. We were both in completely the wrong place. They went passed sure enough but for me it was about a mile away and for James it was directly over head but not the swaying whofts of birds he was hoping for.

Here's James pics and a video all the same. 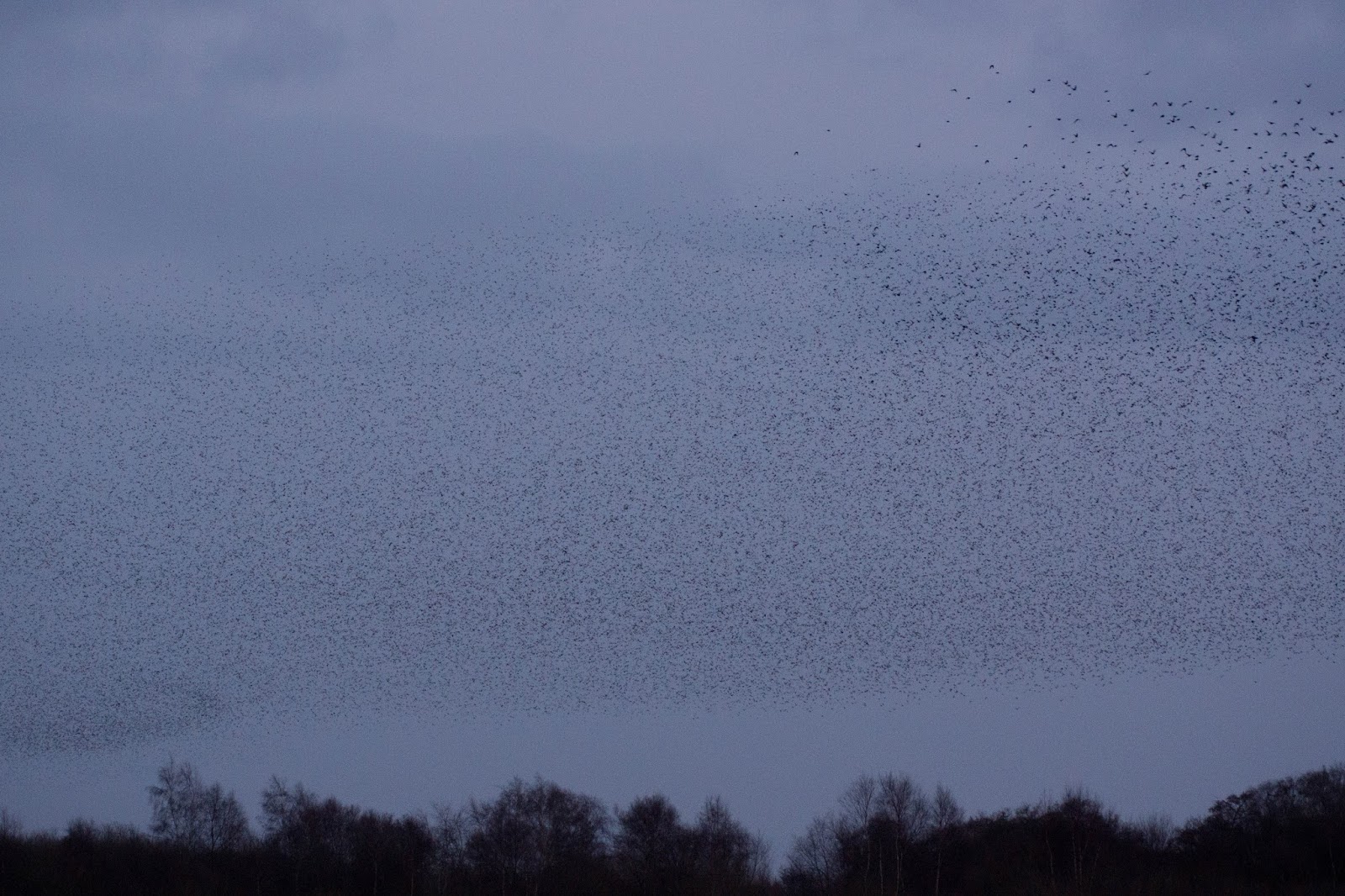 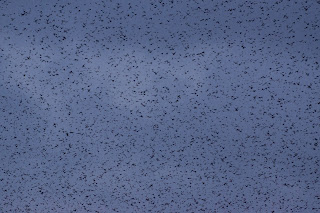 A point of note of point to bare in mind. I must point out the distinct lack of any birds of pray at all. Not one solitary Buzzard never mind a Marsh Harrier. But as I left for home in near dark I managed a lonely Kestrel. 'Light room would sort out the light' I thought. Asking a bit too much in the end. 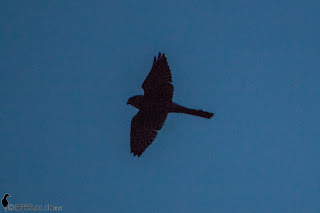 So after a lot of fanny we did have a good laugh. James tried out his new camera and, well it's a bit of fresh air. Never mind wild goose chases we were chasing shadows by the end of the day!!

Oh! did I mention we stopped off at Tealham Moor in the vain hope of a few Whoopers and maybe a Bewick? Well we did and while we gazed at the skies for Starlings later on a Short Eared Owl was flying around Tealham. Bugger.