James:
There was a hint of brightness in the sky so I thought it best to try and get out and take some pictures that wont turn out grey.  I headed over to Catcott in the hope that a Merlin might be sat on a post in front of the hide.  Sadly this didn't happen.  In fact the interesting stuff was skulking at the other end of the reserve.

A flock of 10 Whooper swans were ambling around but could only be seen properly through the scope.  The Cormorants caused me some real problems today, half a dozen times I got all excited as a large dark shape would fly along in the distance only for it to turn out to be one of these pesky fish gobblers.

Eventually the "real deal" did appear.  A Marsh Harrier, but again it was very distant and no where near close enough for a photo.

Plenty of Widgeon, Shoveler and a few Pintails and that was about it. 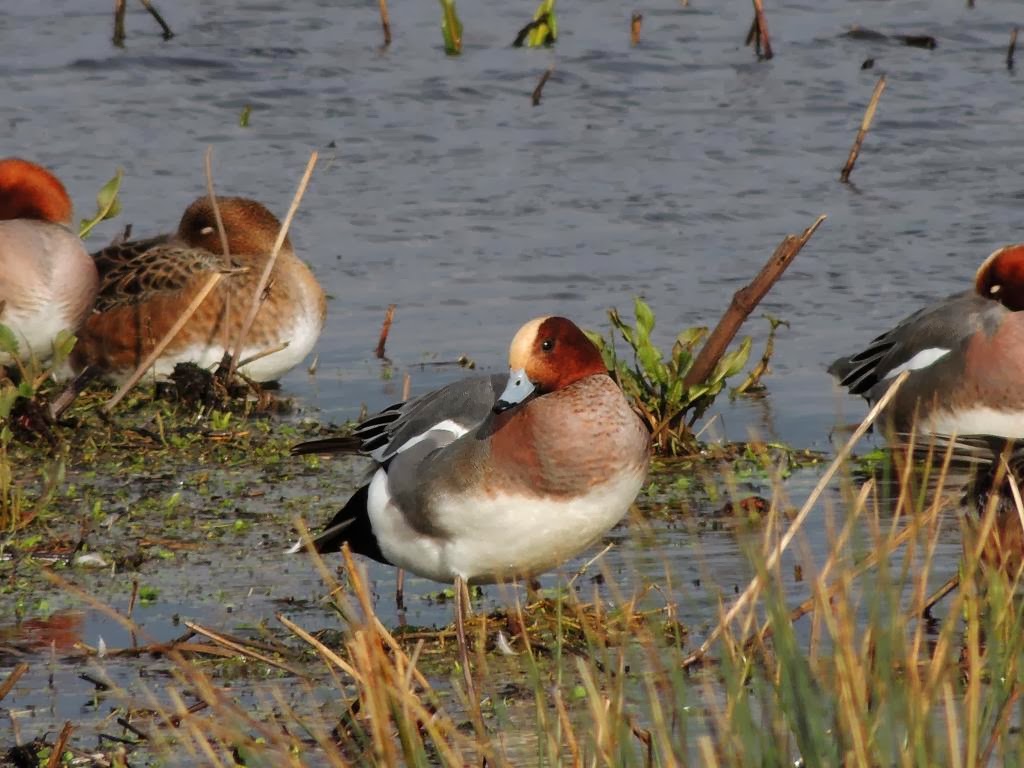 This one posed in the brief moments of sunlight.

The weather started to revert to its default state (rain and wind).

I thought I would take a quick trip to Tadham moor as it looks really impressive as its underwater!

On the moor I drove along, passing a very handsome looking Buzzard.  These birds are highly frustrating, often letting you get close but always flying away as you press the shutter... Not this time!!! 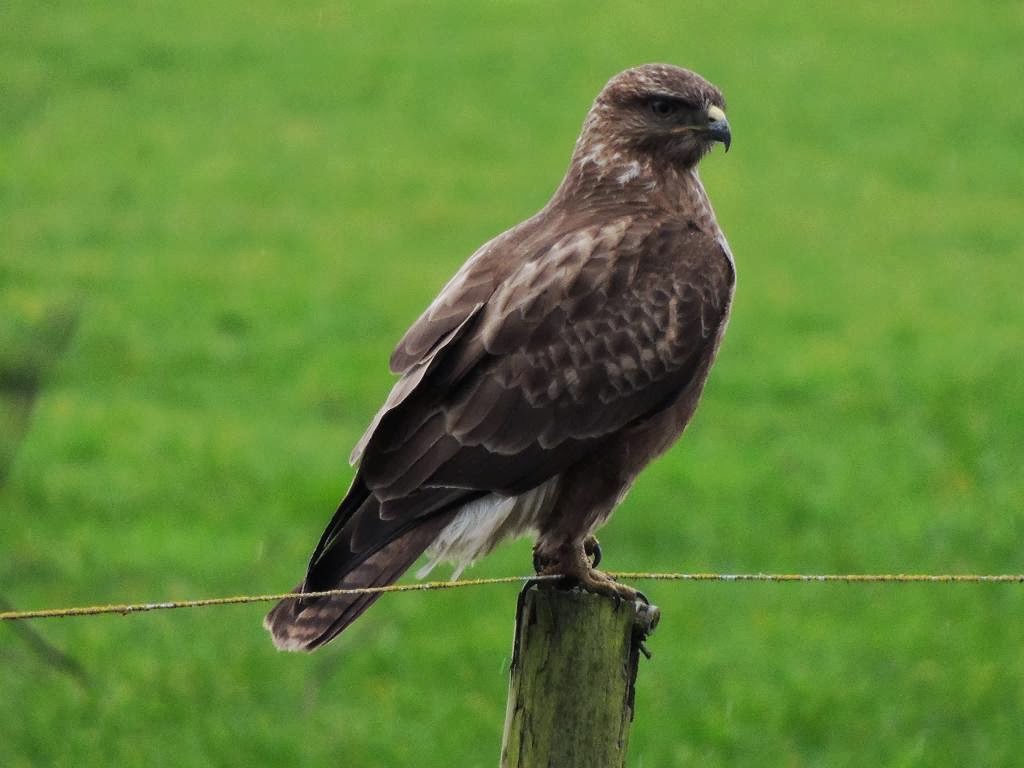 I did get another of it flying but I chopped the top of its wings off - which was a real shame as it would of looked really nice..grrrr!

On the way home the "Egret field" now has well over 60 Egrets wandering around in it plus about 100 Mute swans.

Note:
This trip was a solo effort as Andrew was away on a break...