James:
Another wet and windy day.  The EFRS was once again forced to use mechanised transport... Not ideal.  As we drove rather aimlessly in the direction of Bridgwater there was plenty of indecision as to where to go.
In the end I advised Andrew to use utilise the way of the Jedi and allow the force to guide him to our birding destination... Suddenly we swung left by the Albion inn.  Greylake was the destination.  It lived up to its name.  The hides were underwater, which left the car park for us to view.  6 Chaffinches and a Cormarant flyby.  Not very impressive.  Obviously Andrew is not adept at using the force.  At this point both of us were quite depressed.

Where could we go that would guarentee birds? Slimbridge of course!  The mood lightened, especially as Andrew was keen to show the new bit of kit in his life.  The Nokia Smart phone.  Guided by its melancholy voice we soon reached the reserve.

It was a National bird festival which meant that there were loads of people and a fair few birds as well.

Its not proper birding here... You can buy hot chocolate and sit in heated hides.  Which is what we did.

Bewicks swans were falling over our feet, Tufted ducks weaved in and out between grumpy Shelducks.  Plenty going on.  But its just a bit... contrived?

Still I did get a nice pic of a Pintail. 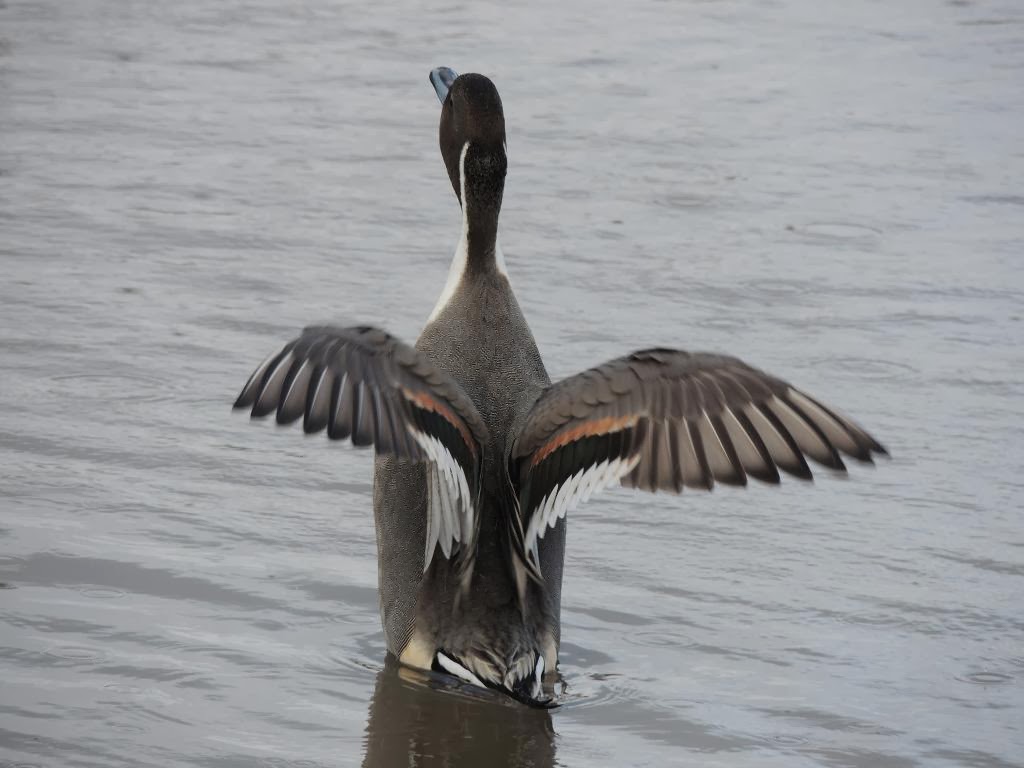 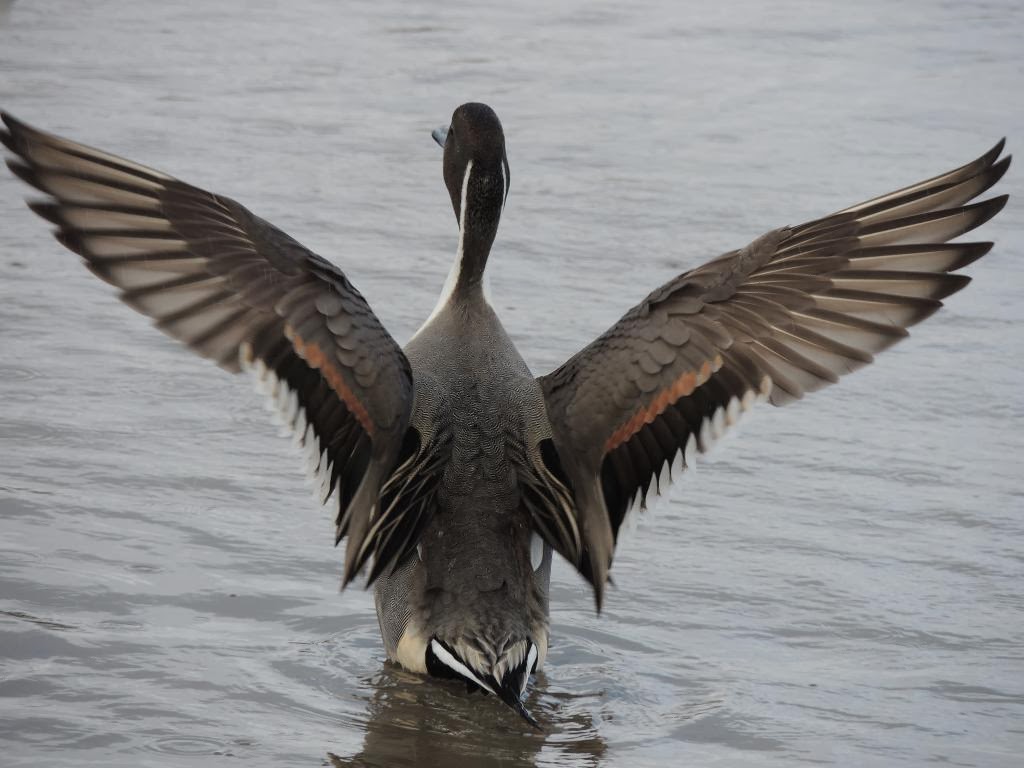 The Holden tower hide is much better and more wild.  Andrew picked out a female Peregrine sat on the grass.  She flew around a bit before landing again, the wind getting the better of her.

Loads of Lapwings, Plover and White Fronted Geese (don't see these in our region!)

Lets not talk about the captive birds as Andrew gets very upset by this section of Slimbridge...

Hmmmmm yes Im not too keen on Slimbridge's policy of clipping the wings of the more exotic birds or the keeping of the Flamingos in dark sheds during the winter or the nets over the small pens but lets not go into that shall we!!

Well it was an odd day out but we did, as James says, manage a cool sighting of a female Peregrine. Now she wasnt too keen on flying around on such a windy day and spent more time sitting on the ground than anything else. Heres a cropped image so you can see it. 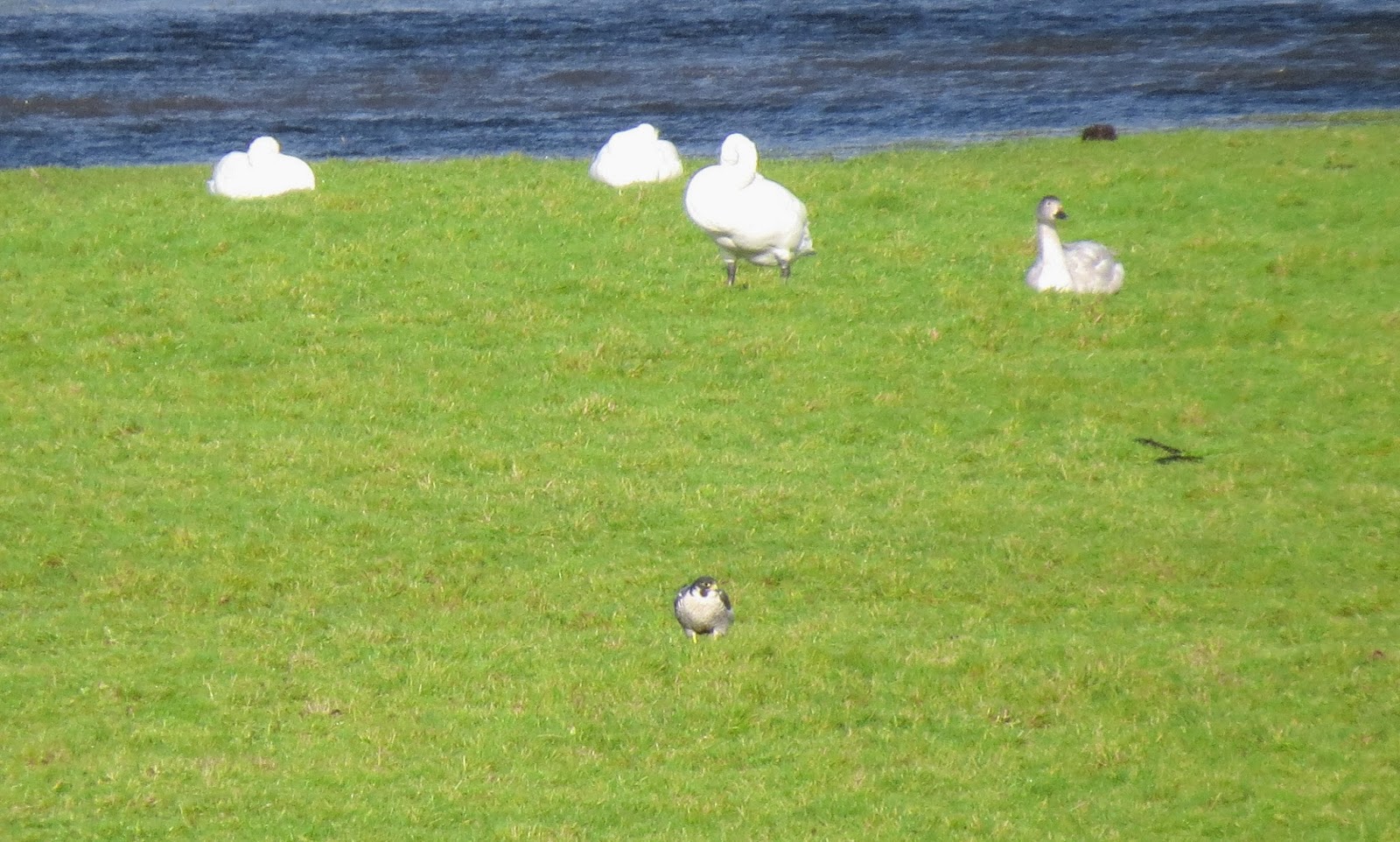 She did get harried by Lapwings when they spotted her! 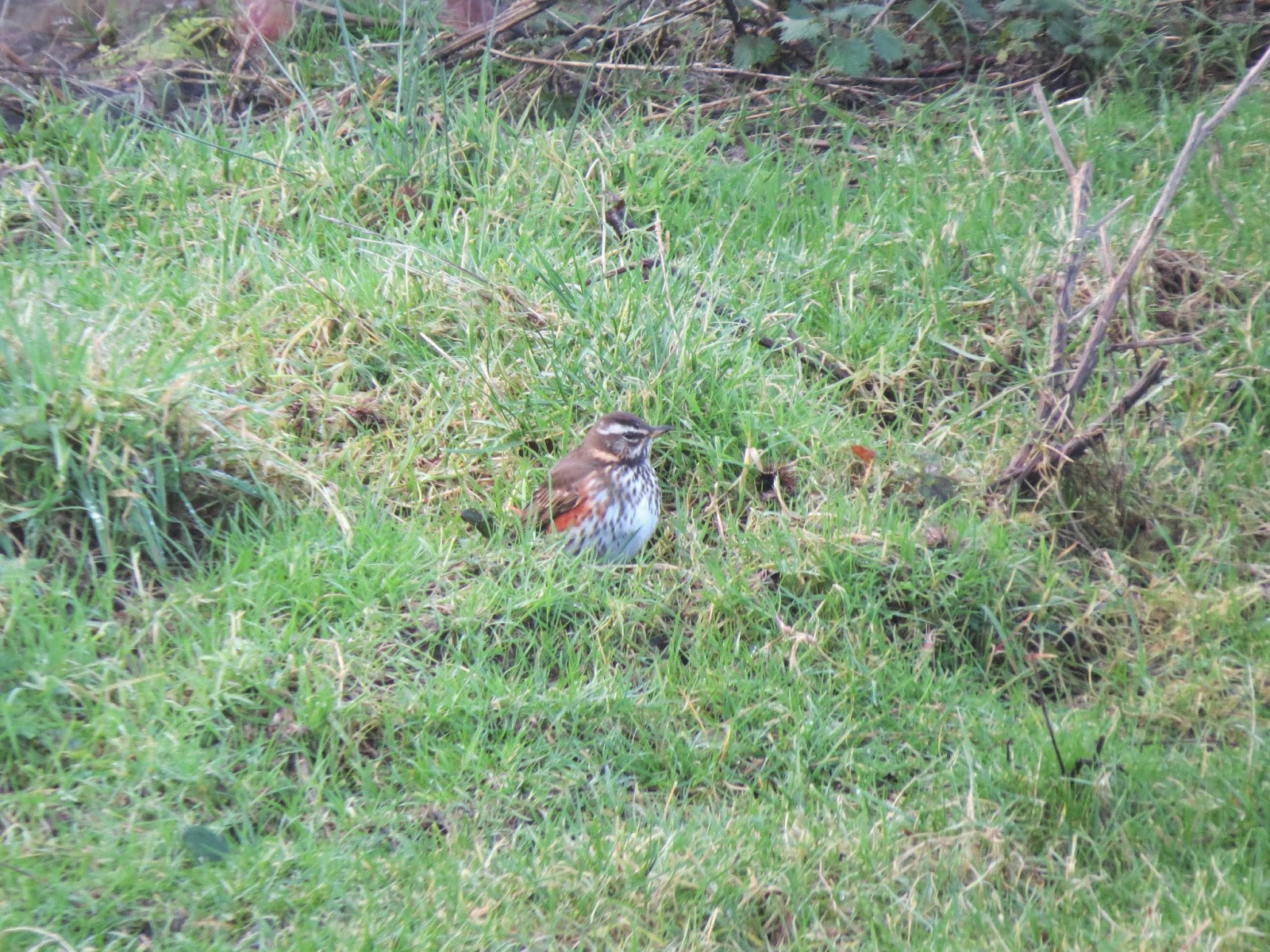 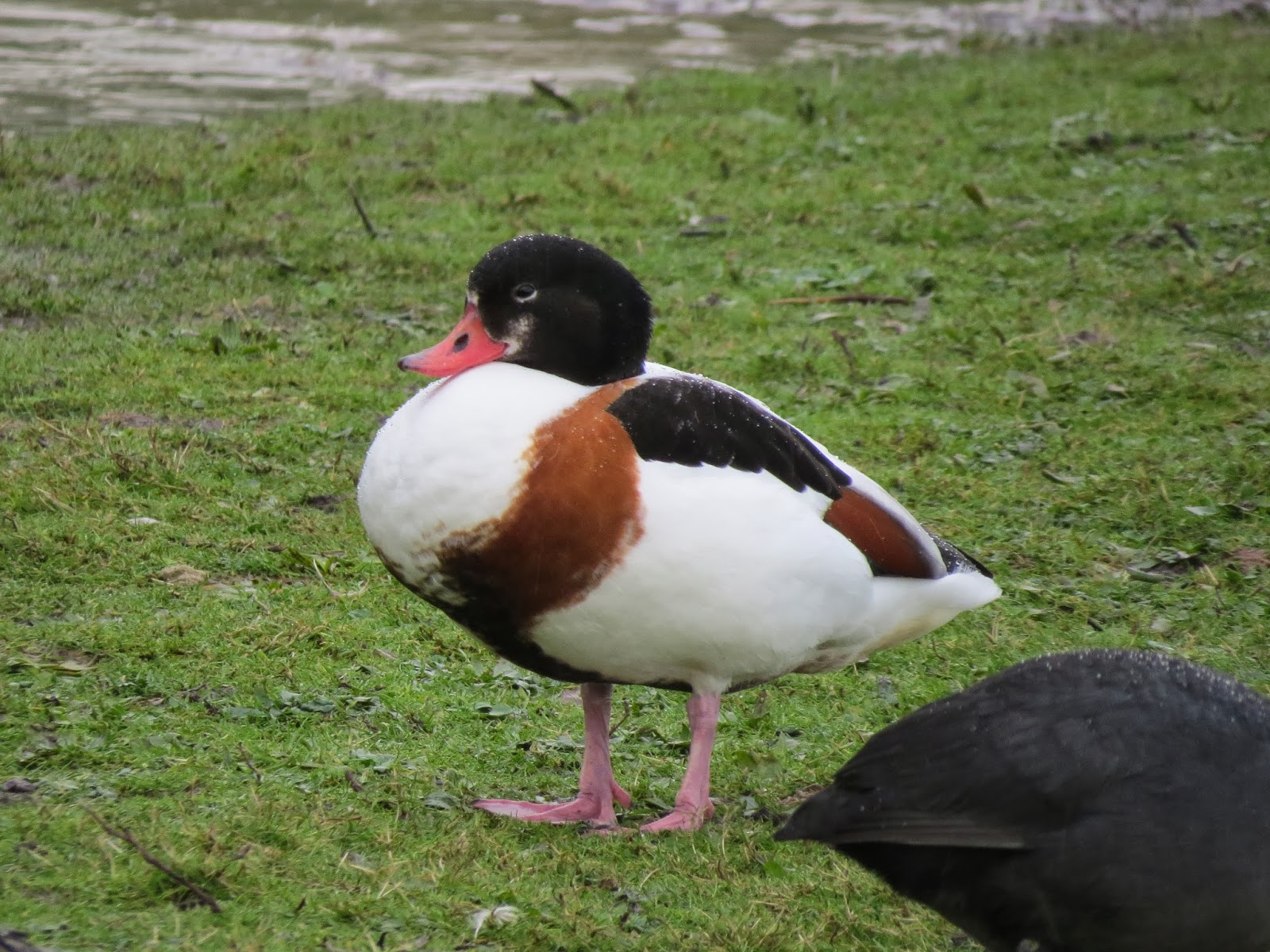 While Hubby seems to be enjoying the rain...... 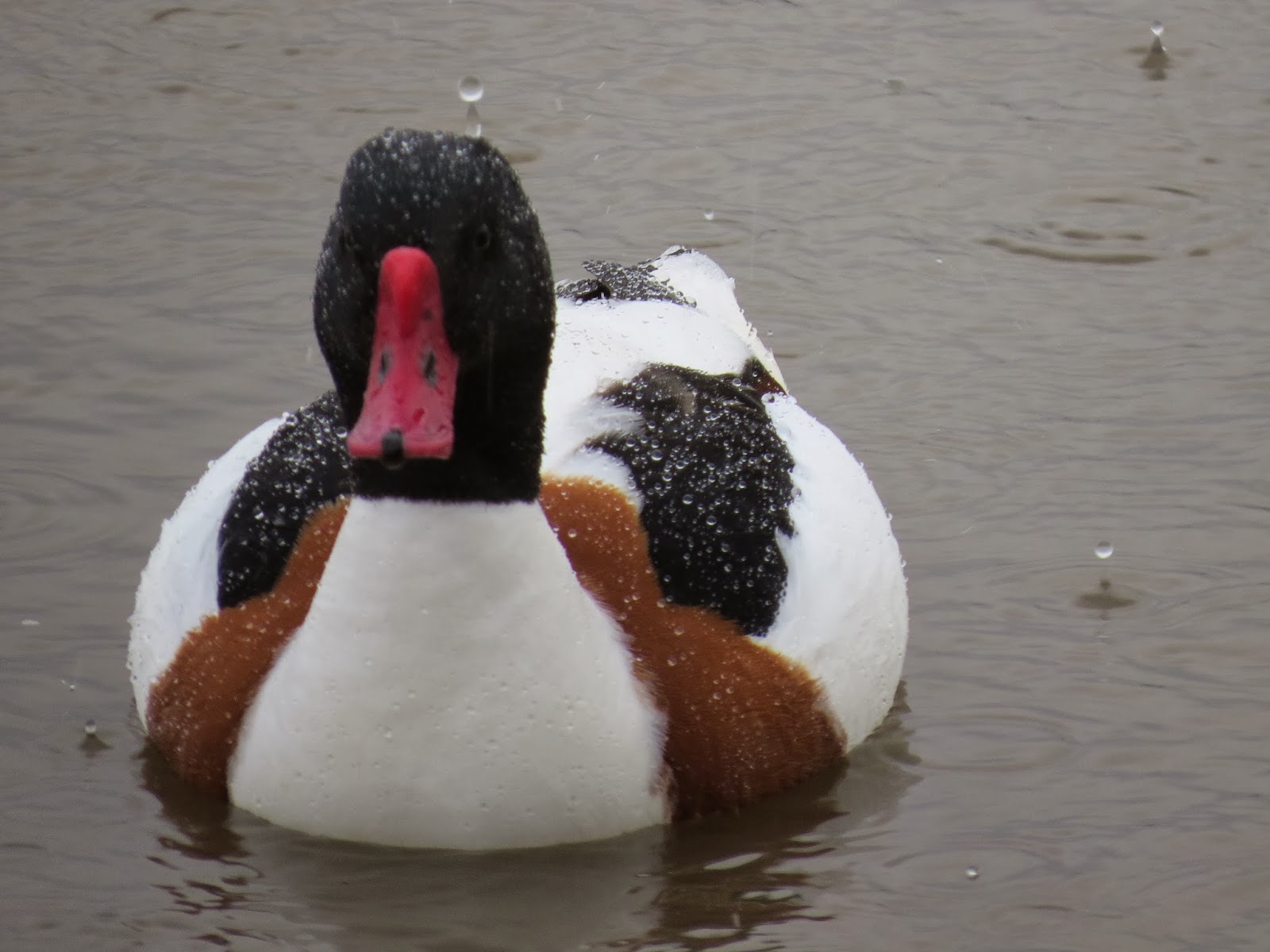 I particularly like the rain effect around and on him

Finally a couple more pics. One of a Pintail. Not up to James standard (He was waiting ages for it to flap while I was huffing and puffing and getting a bit bored) 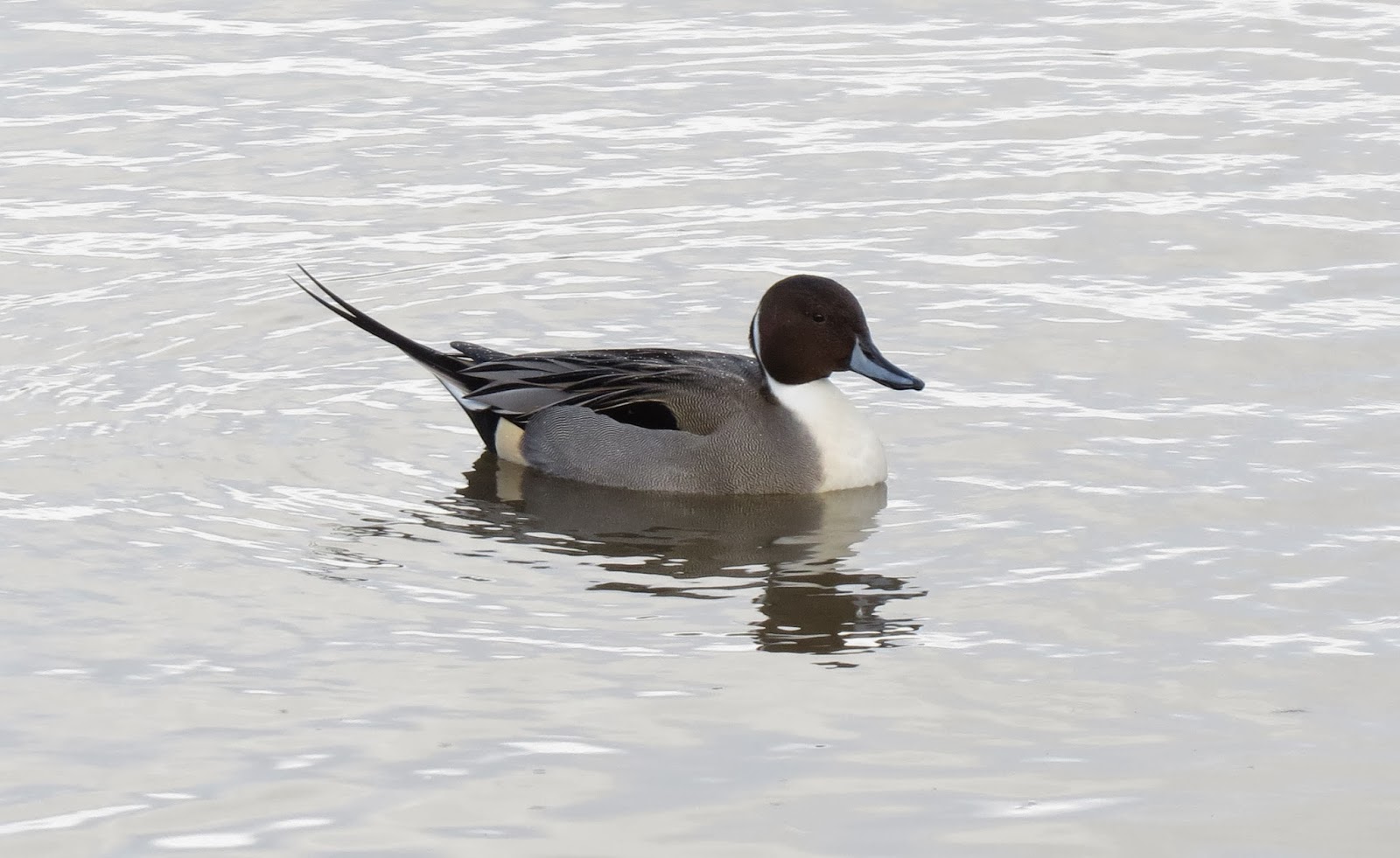 And a 3sum of Redshank who were looking quit cute just standing there amongst the rest of the crowd. I took dozens of pics trying to get them all either looking the same way, opposite directions or some other pose. This is one of the better ones. The one in the middle was a bugger. It was asleep most of the time! 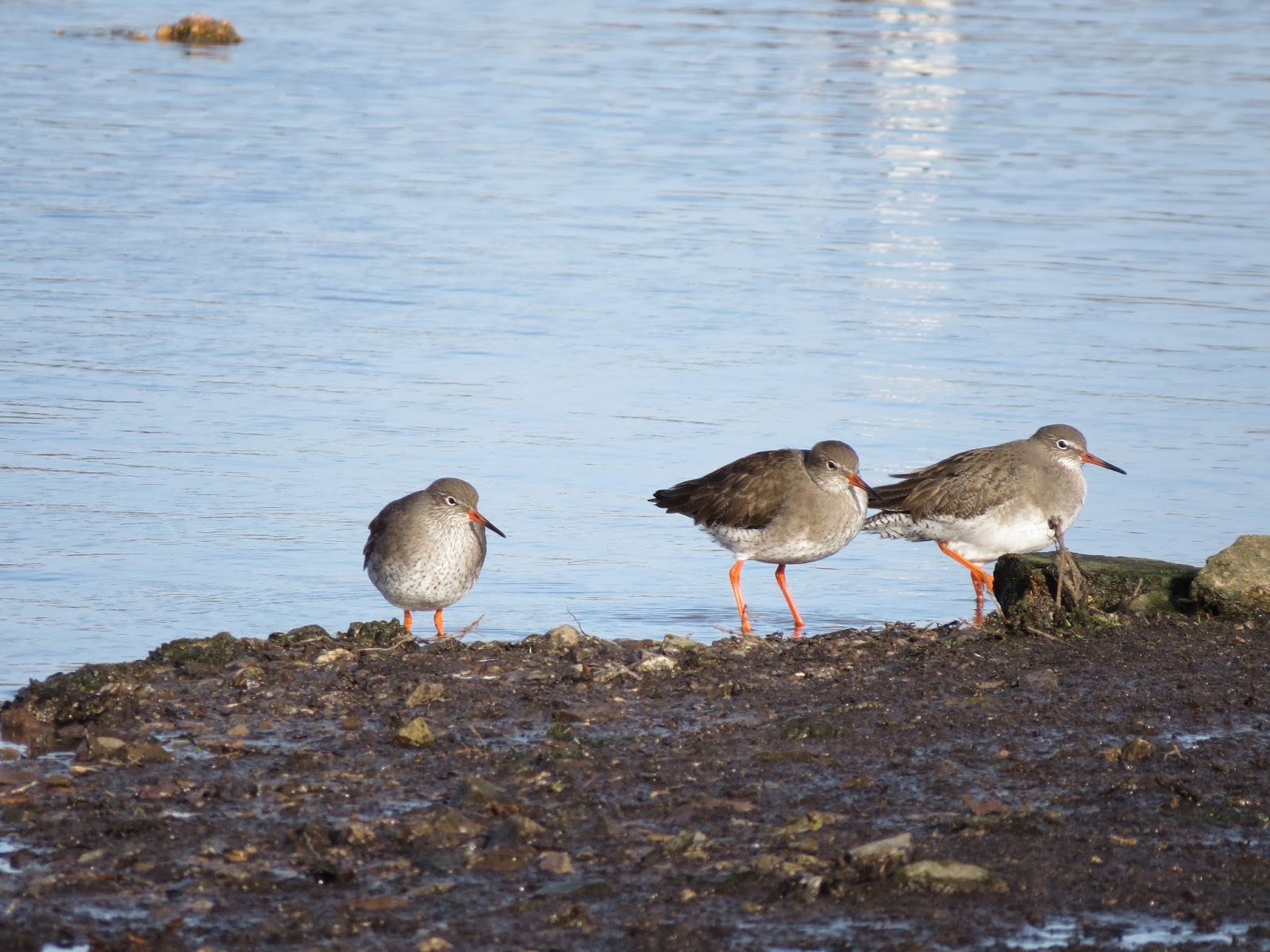