I (Andrew) had the rare honour of an outing with our esteemed colleague Mr Riley today. We met up at Hamwall VP2 where he had just missed 3 male Marsh Harriers who briefly (Too briefly to take a pic) soared together before parting. Heres one of them 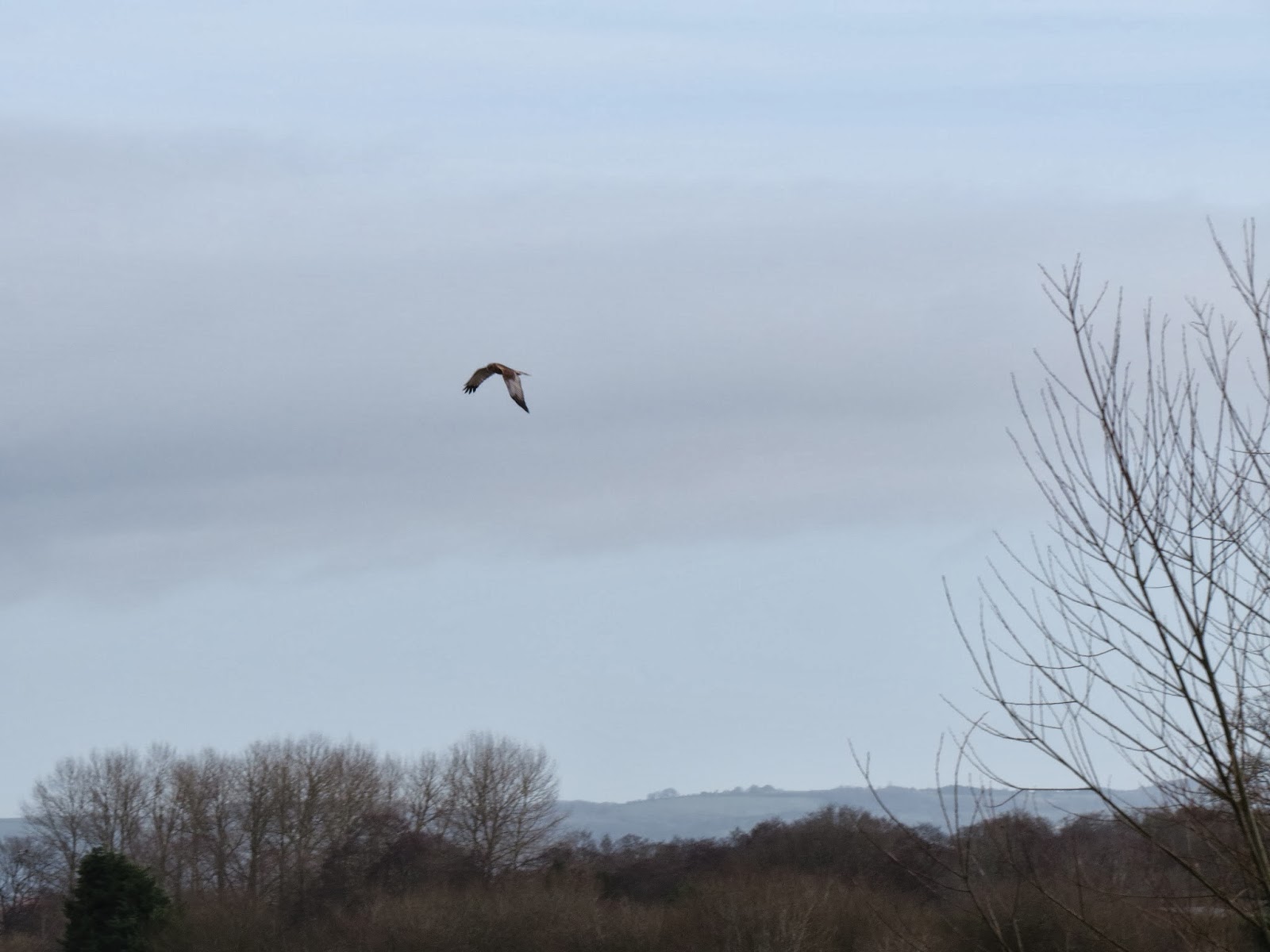 A female also flew around briefly and opposite another, too far to sex, glided around making the grand total of 5 in the space of 1/2hr. Actually not that unusual for Hamwall.

Now why 'Colonial' you may ask! Well it was all very exciting and a flurry of birders were popping up frequently to see non other than a Green winged Teal all the way from the US (Unless it was an escapee). It was amongst some common Teal right across the other side of the pond. (No pun intended!) Now its not the easiest bird to spot especially amongst its common cousins. The common Teal having a horizontal white flash on its side this little bugger has a vertical white flash at its shoulder. I did spot it for a second or two so decided to take some pics. It was too far away to ID in the Cannon SX50 screen so just blasted the area with shots and scanned the images at home to see if I got it. And you know what? I was in luck........... 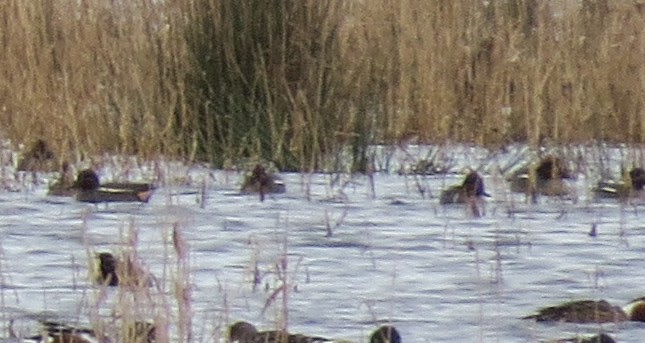 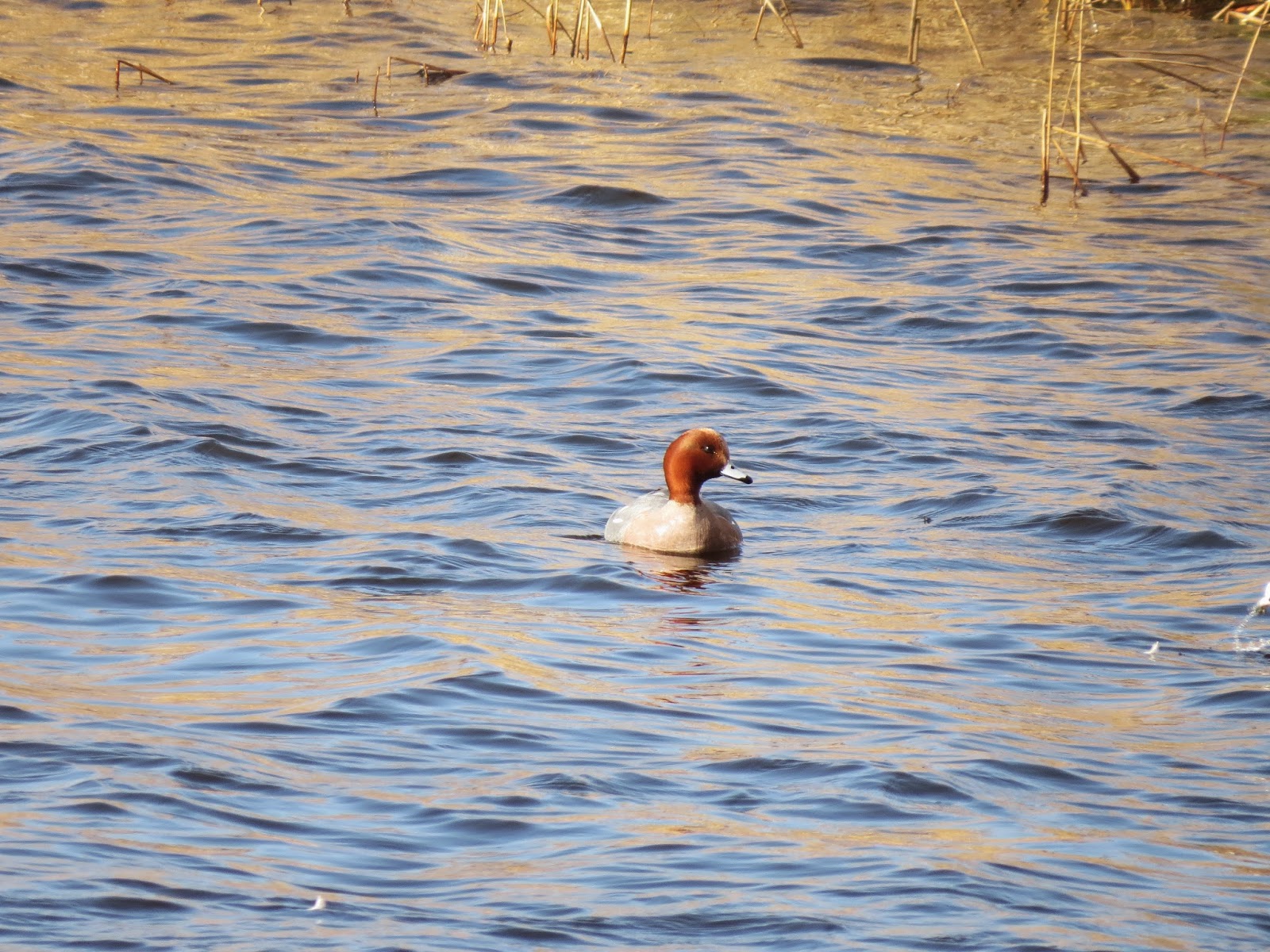 Mr Riley and I settled in Noahs Hide for a while but other than a fly-by of a Kingfisher carrying a small fish we had little else to see other than a few Pintails, a Great White Egret and 6 Herons.

On the way back through Hamwall at VP2 I did see an unexpected sight of a Great Crested Grebe looking rather pale but not something Ive seen at this time of year before. 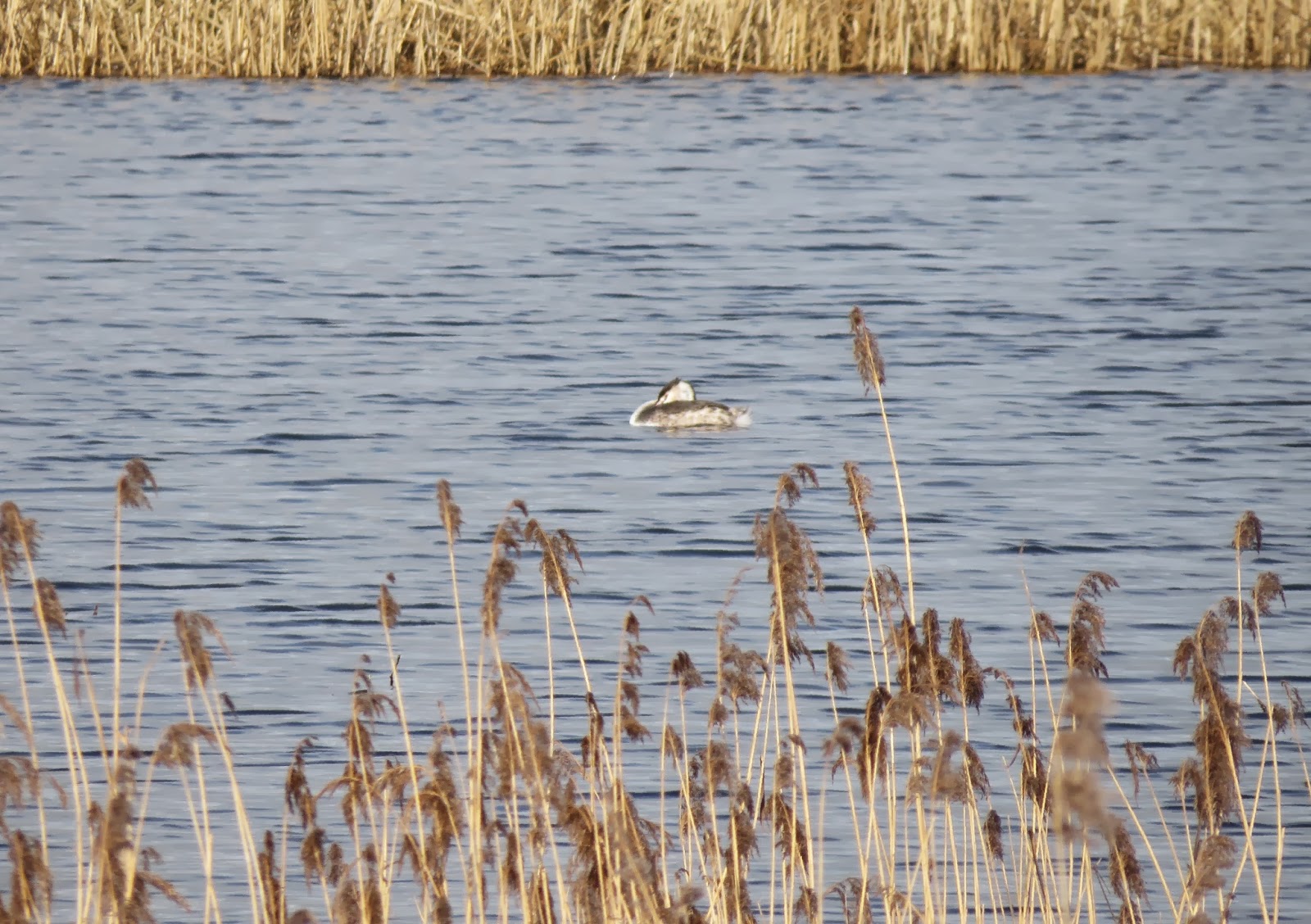 Once again it was great to be out with Mr Riley. He can be insufferably modest and knows far more than he lets on. A one of a kind old school Gent with a good dash of rebellious anti establishment about him! He reported via Text that he saw a Reed Bunting on the Shapwick Path.