Short Eared Owls... I really like them.  In fact they may even be my second favourite bird of all time (Peregrine takes the top spot).  I say maybe because I haven't actually seen one in the wild.  All I have to go on are some fantastic images of these pale spectres swooping low over the golden marshes.

Reports of these silent hunters have been made recently.  Their favoured haunt seems to be at Steart.  My mission was to find one!

Pulling up at Combwich I was surprised at how beautiful the area looked (no disrespect to the Bridgwater area but I wouldn't describe it as picturesque).  The whole area is seriously impressive as a Nature reserve and I have no doubt it will be a great alternative to Slimbridge in the future.

Wandering along the river I noted numerous Redshank and Lapwing.  I wasnt entirely sure where to look for my quarry so just kept scanning whenver I could.  After half an hour I spied a Merlin sat on a post.  A most pleasing start! 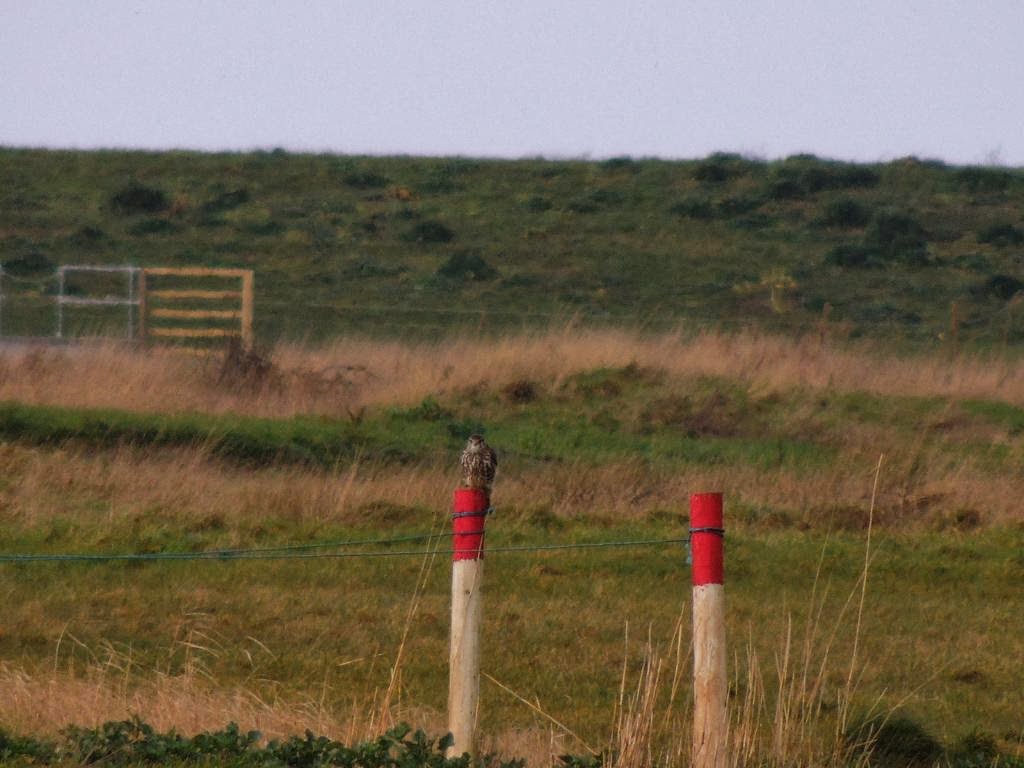 I continued on.  About a minute later a slate grey shape flew across the path, low and fast then out onto the mudflat.  The Peregrine made a swift pass at a Redshank but missed before disappearing into a nearby field.  Things were getting better!

I looked out into the rough ground.  Having never seen these Owls before I wasn't entirely sure what to expect.  A few weeks ago Andrew mentioned that the good stuff often happens when your binoculars are fixed in exactly the wrong direction.  With this in mind a swung round and faced the river... There you are!!

A Short Eared owl flew low across the water and out into the field... Brilliant!!!

I was really pleased, a completely new bird!


But more was to come.  A few minutes later he returned a provided some excellent views flying over the river 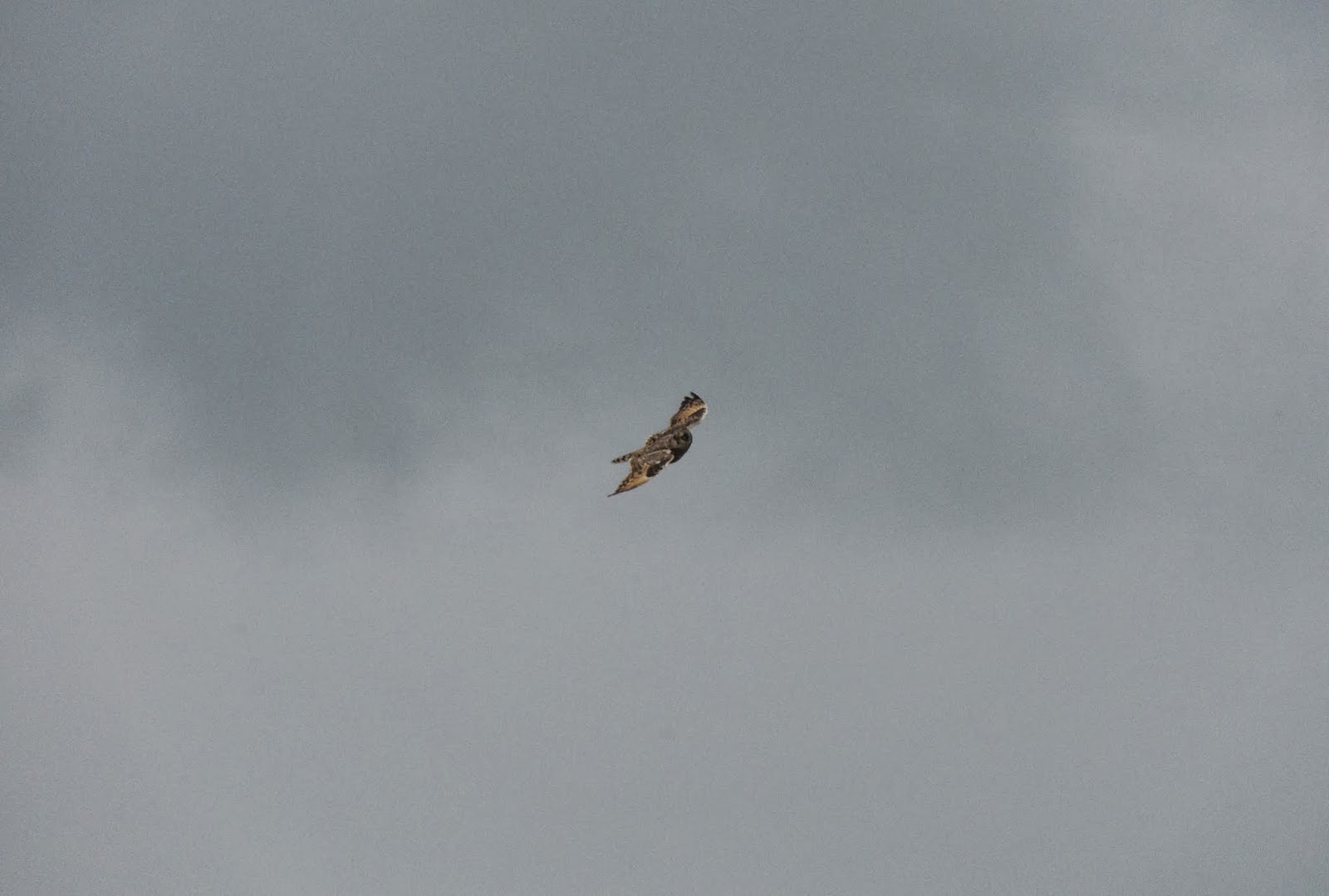 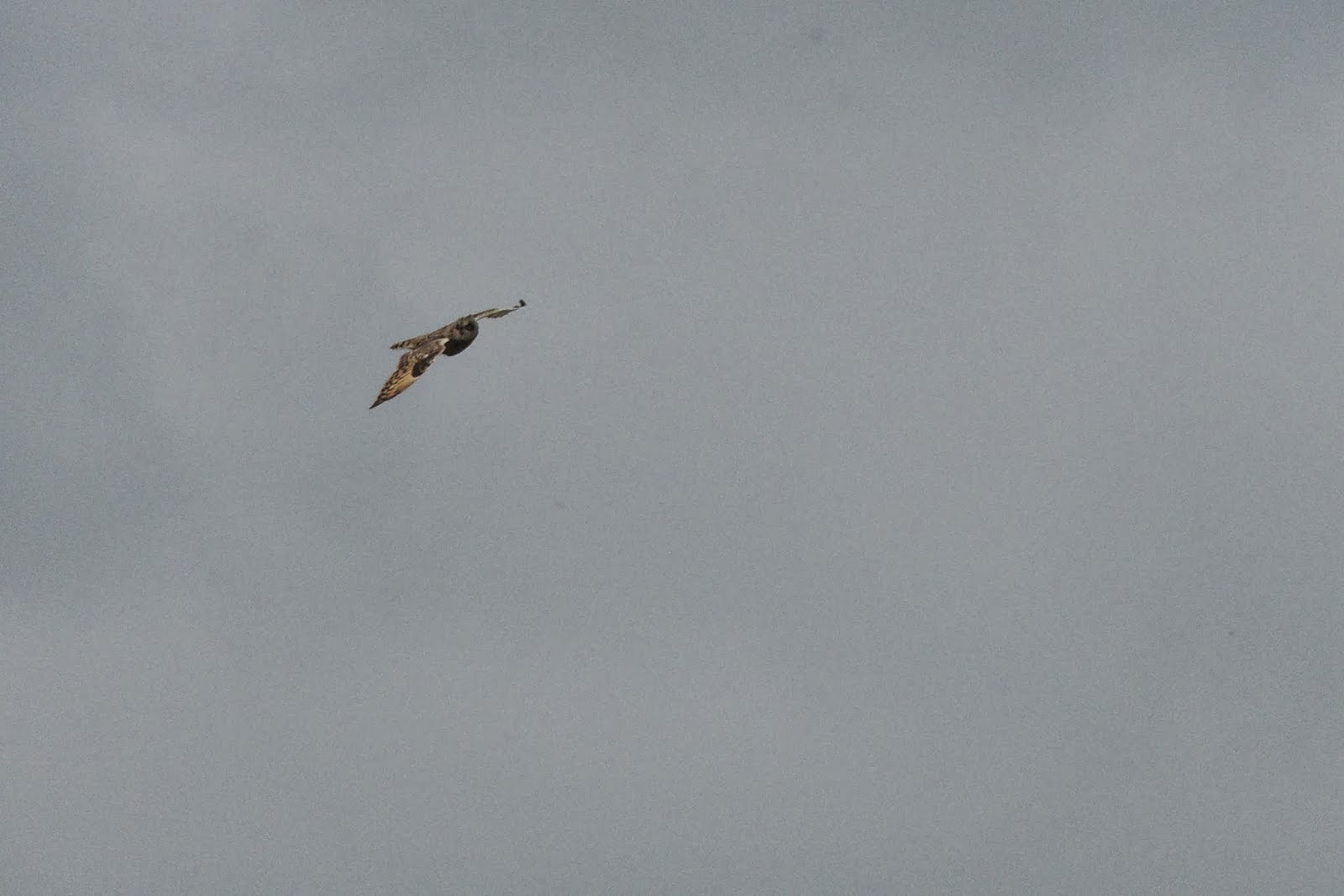 Cropped , but you can see him!

I kept on going and this Stonechat pair flitted along the fence in front of me.  At one point they landed in a small tree really close but my camera refused to focus on them! So this one had to do. 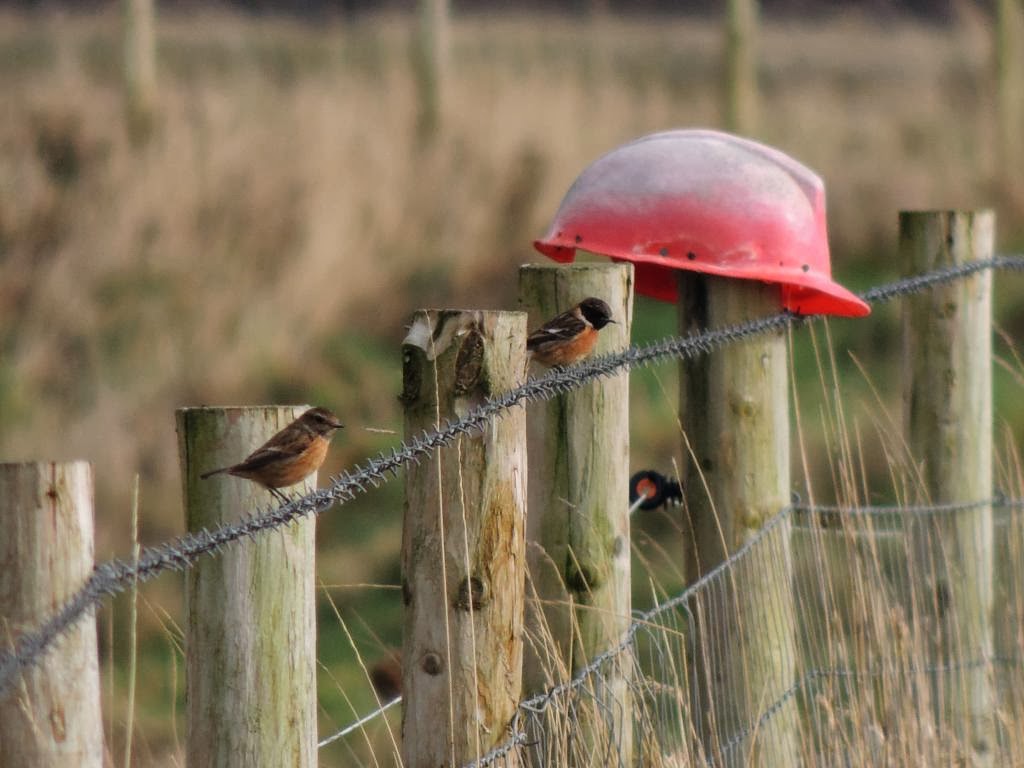 Looking out into the nearby marshes, I spied 2 Shorties (I know them well enough now, so I can abbreviate).  Flying low and making just short flights before dropping into the long grass and reeds.  One was mobbed by a crow before vanishing.  These brief views were contunued for a good half an hour.

I managed to track one which landed on rocks near the river and took another shot... 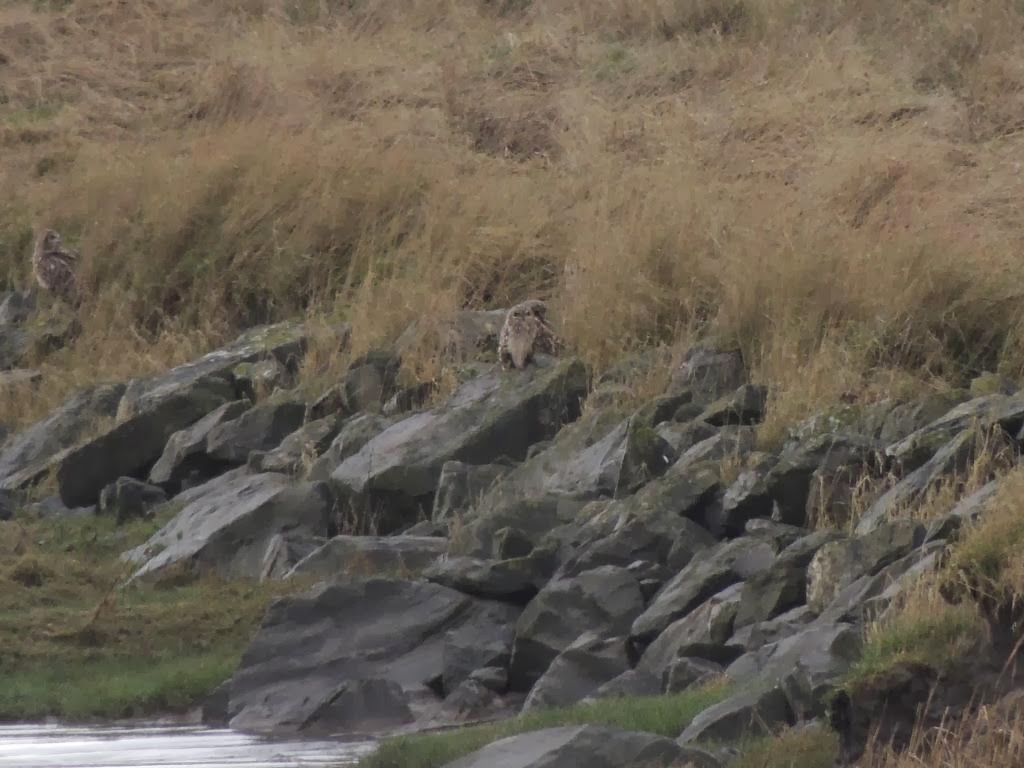 I only realised that there was more than one when I got home... 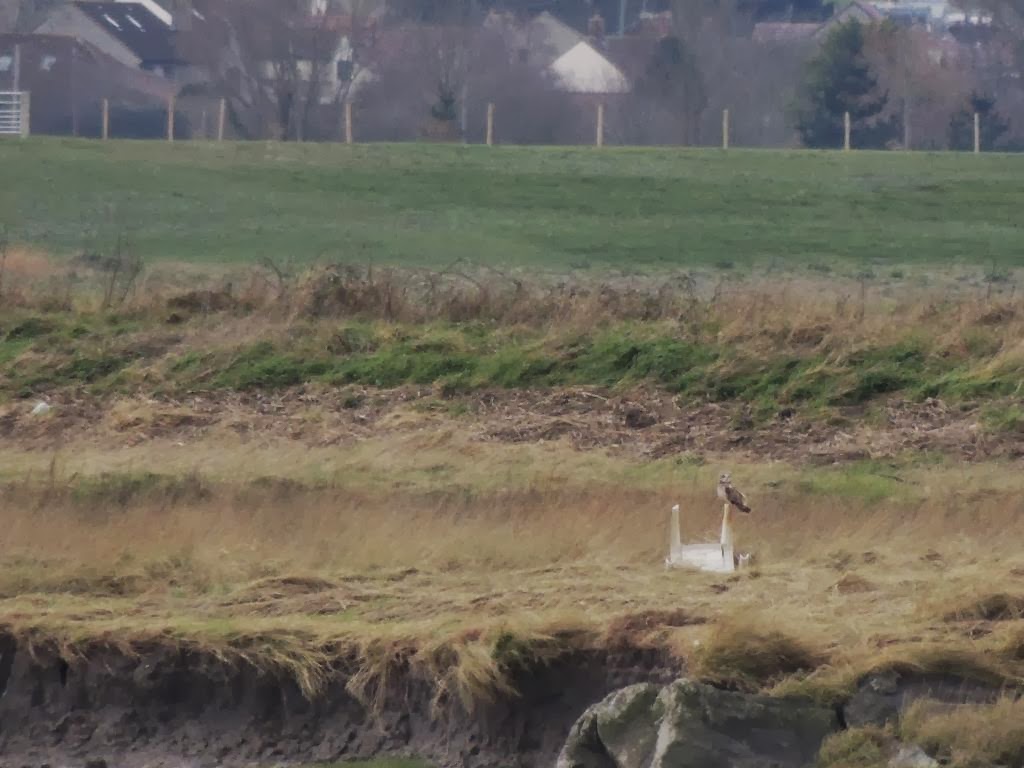 The walk home gave me a good view of a female Sparrowhawk zipping over my head. As well as a hover hunting Kestrel. What a good day for Raptors!

So, are SEOS (abbreviations coming thick and fast now) my second favourite bird?

You betcha.  Watch out Peregrines!!!