I was out and about a bit earlier than normal.  So I headed to Steart Greylake.  I had one of those strange Star Wars, feel, don't think moments which compelled me to go to the latter.

Upon arrival I had another strange "feel the force" moment and decided to take the parcel shelf out and stick it on the back seat just in case anyone thought I had anything of value in the car...

Clumping along the boardwalk I spied a single Grey heron who took flight almost immediately.  At the hide a opened the door and noticed a little brown bird fluttering about the place and banging into the windows.  I left the door open for the little Wren who was clearly unhappy about being inside this strange wooden building.  After a bit of encouragement I got him out the door.

After that bit of excitement I settled down.  It was good to see a larger number of ducks than previously.  Mallard, Widgeon, Teal and Shovellers were all in attendance. 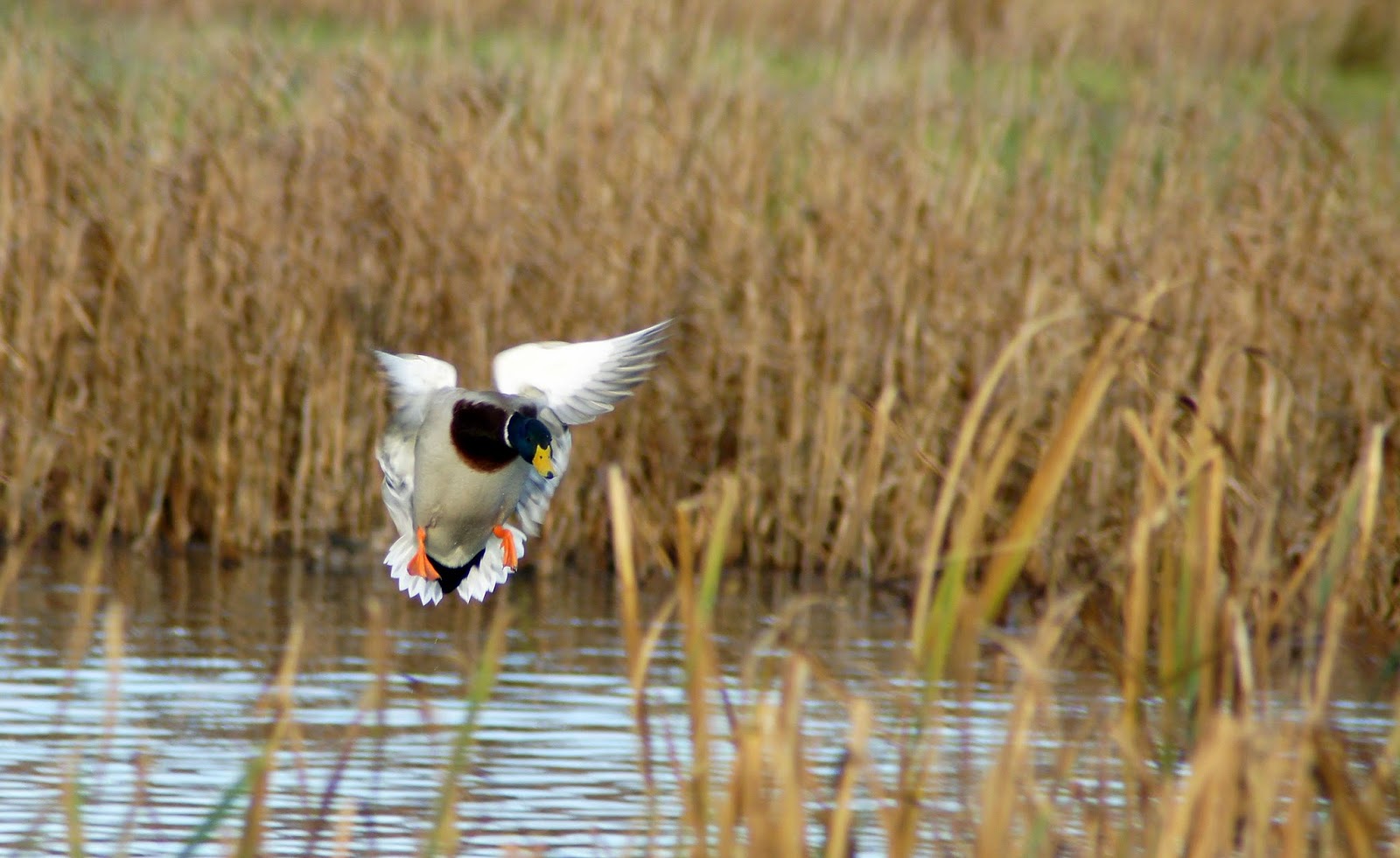 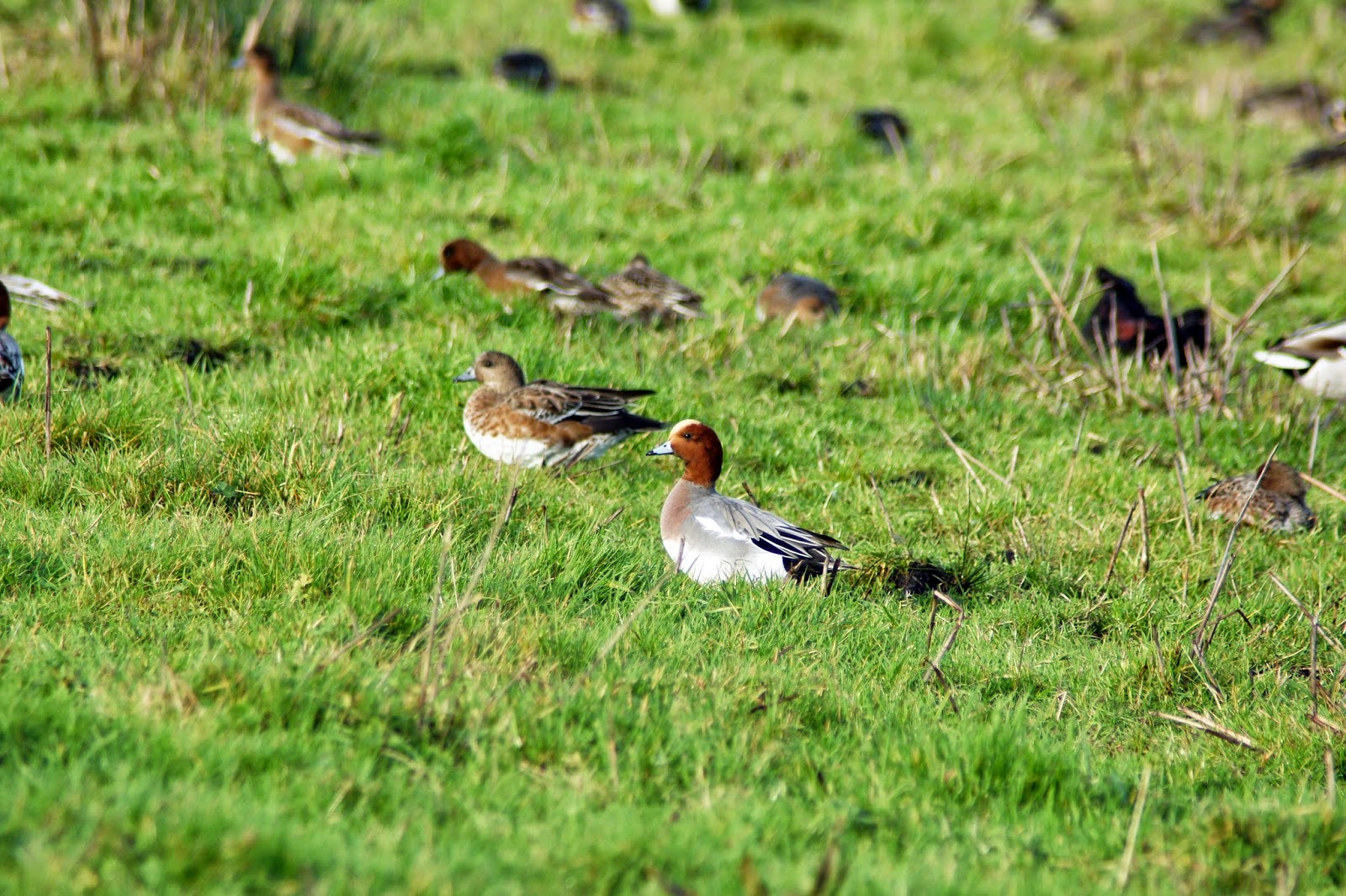 A few Little Egrets were flying about along with Lapwings and a posing swan. 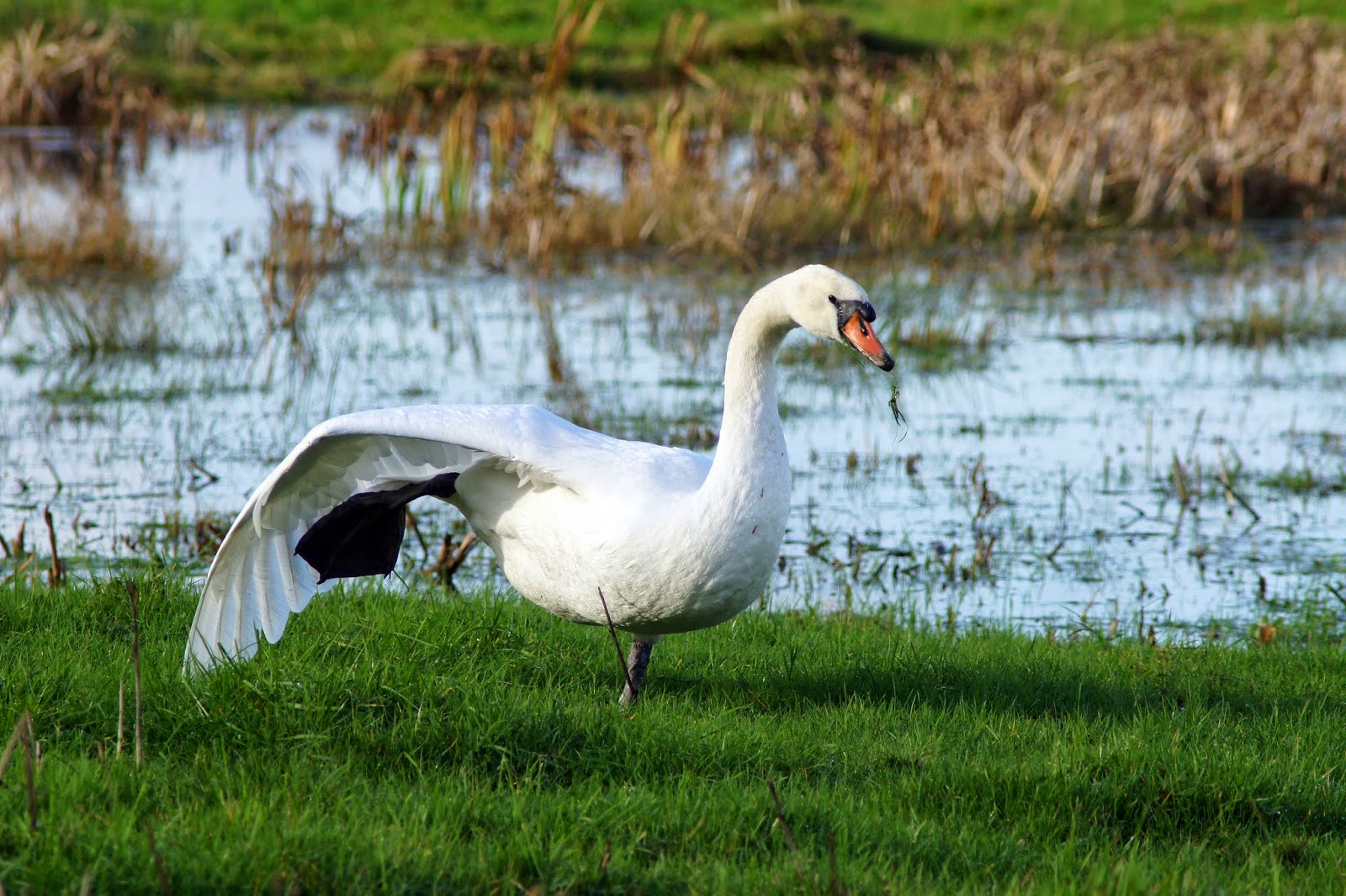 My solitude was broken when a huge pile of birders entered the hide.  The extra eyes did prove useful though. 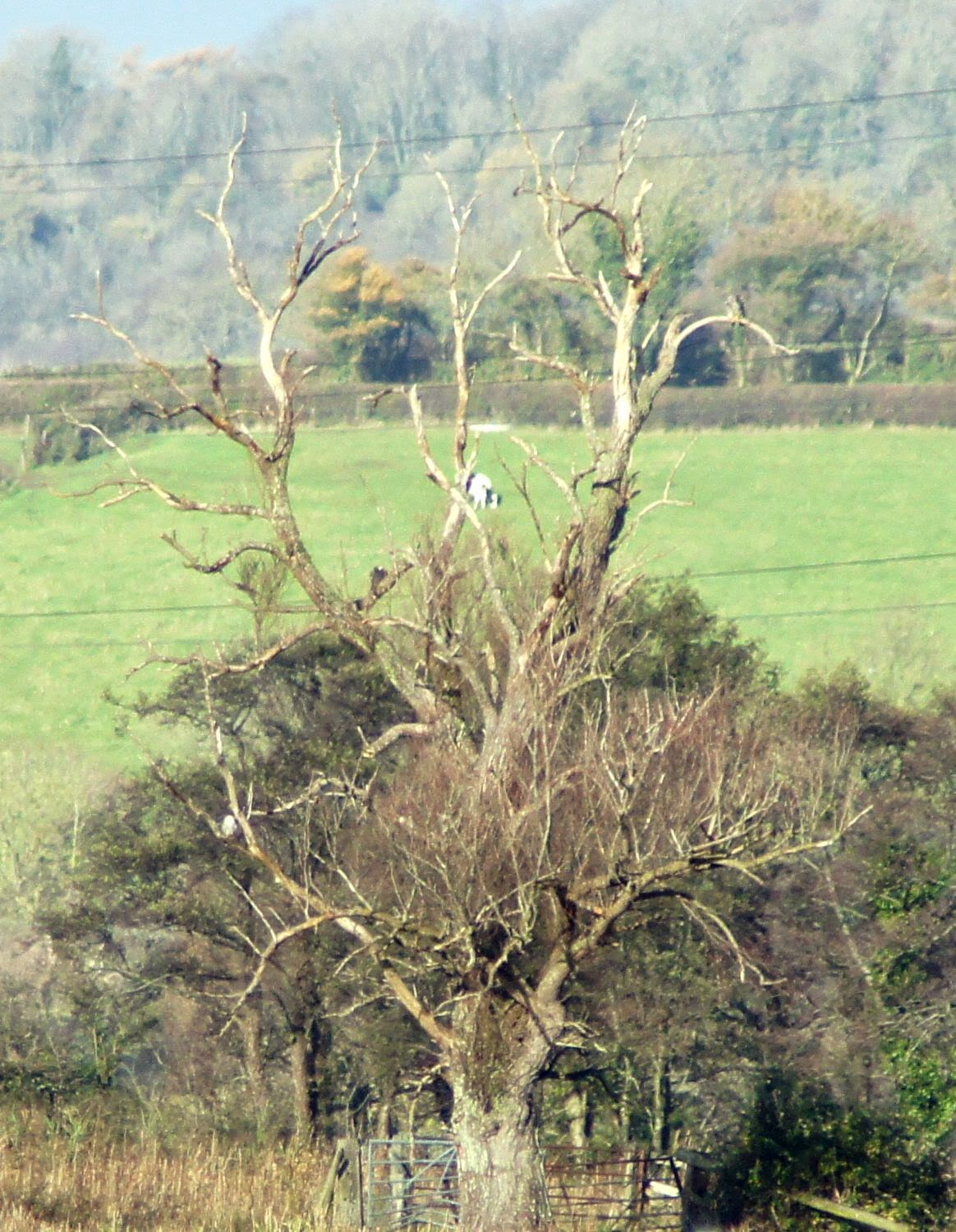 A Partridge Peregrine in a Pear Oak tree.  Actually there are 3(!)
and I don't know what the tree is...

After having a chat with a very nice chap who let me use his very nice scope, I spied a single male Stonechat along with a Kestrel.

Then something bad happened.  A man came in who alerted everyone to the fact that cars in the car park had been broken into.  Indeed the car next to mine (same kind of car as well!) had been badly damaged and people had lost handbags and house keys.  What a horrible thing to happen.  I hope the perpetrators get caught.  I am so greatful that my car was untouched... I guess they couldt see anything of value inside.  Thank goodness I took out the parcel shelf.
I carried on to Catcott, hopefully to see a marsh harrier or maybe a Merlin.
Again, the duck numbers are increasing.  Also lots of Greylags and Canadas.  A massive commotion ensued with lapwing, Duck Sarlings all over the place.  In a fit of uselessness I missed the Merlin that had caused the ruckess.  Damn!

Some compensation came from a green tagged Marsh Harrier (thats not a species, it just had a green tag on it). 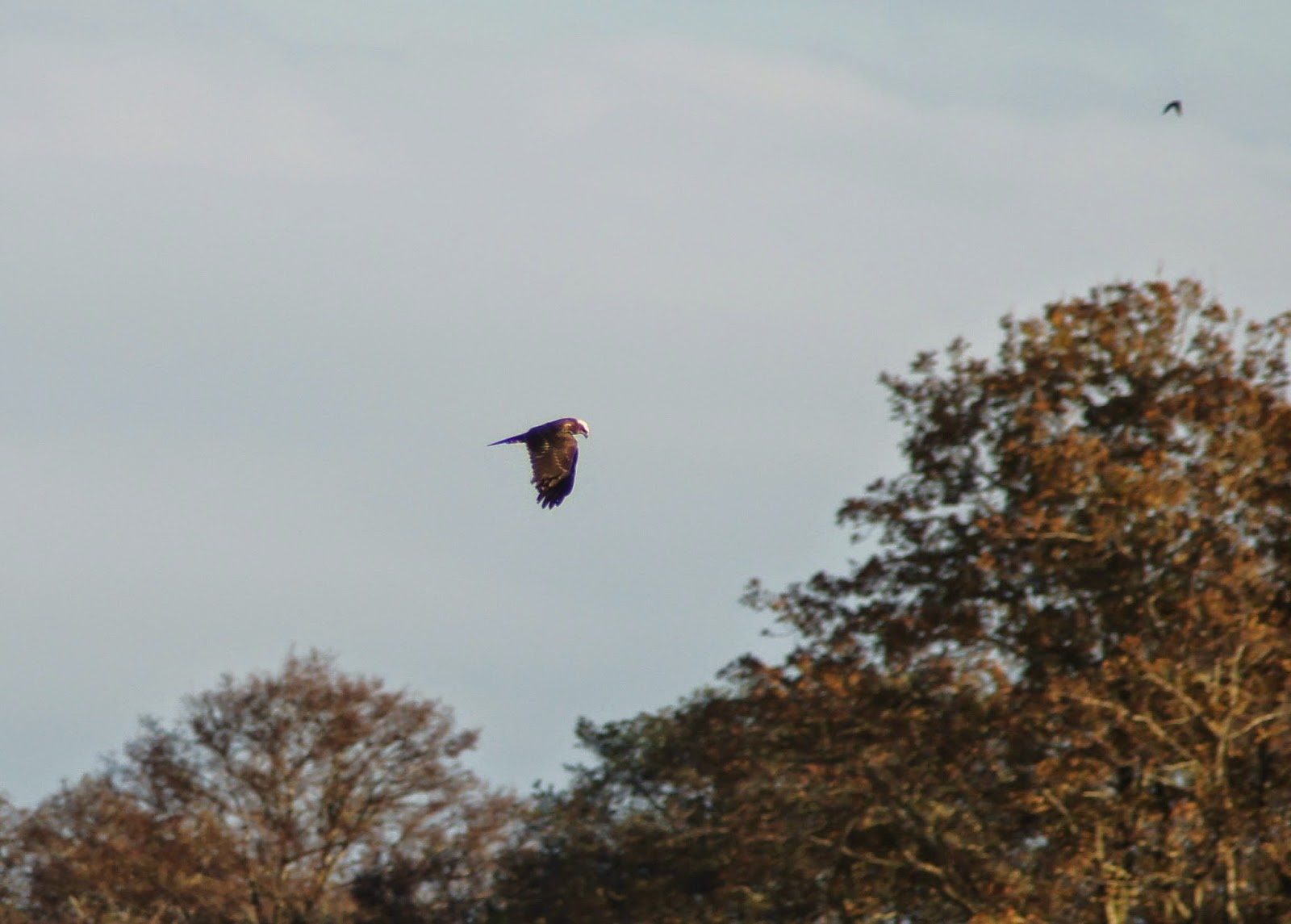 You cant see the tag because the picture is a bit rubbish.

The Starlings were very active and i manged to get this one. 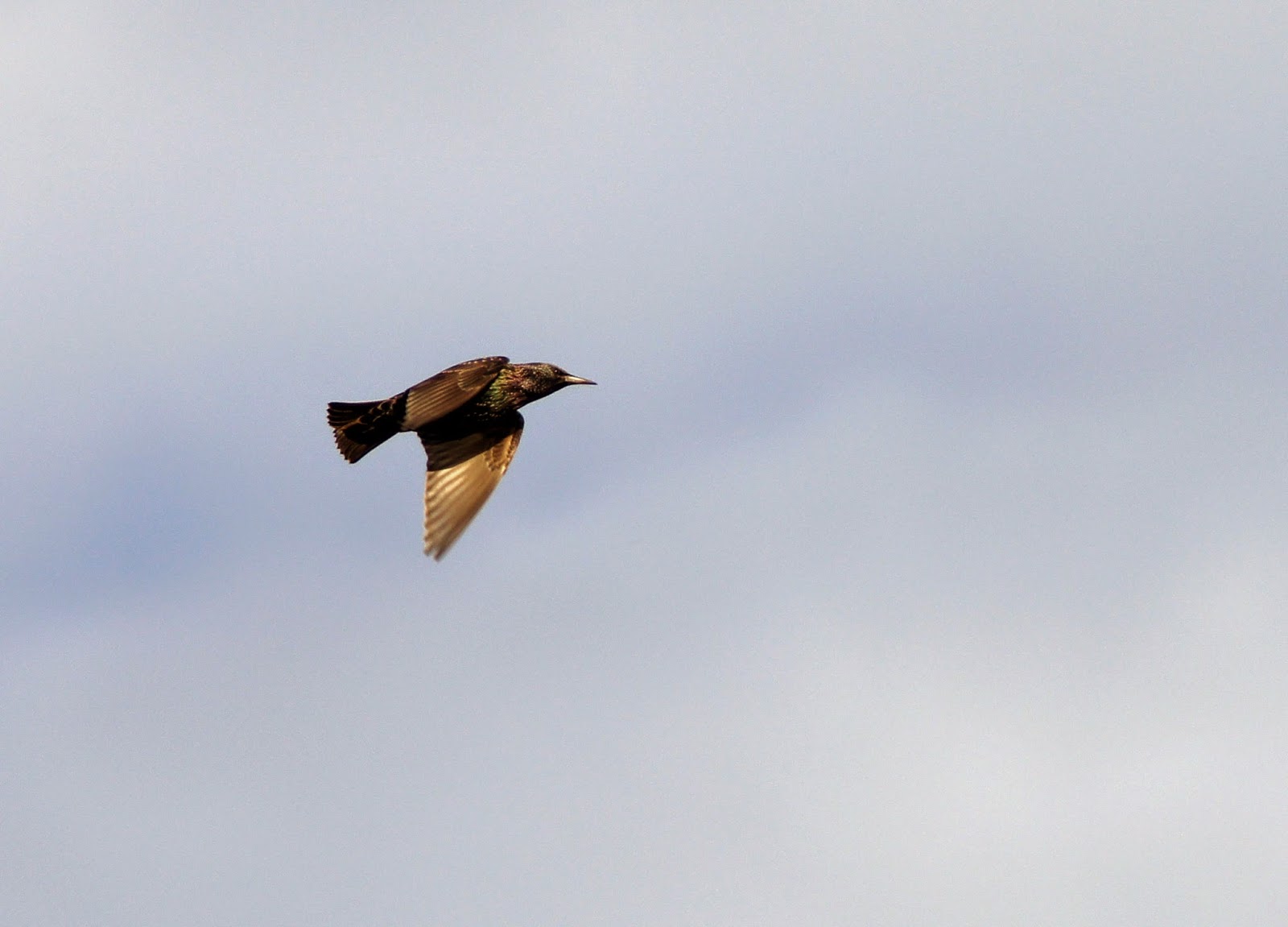 Quite pleased with that one :-)

Although there was nothing exceptional at the reserve it was really calm and warm (is it really November!?).

Just before I left this swan swam by in a rather serine manner.  Very nice. 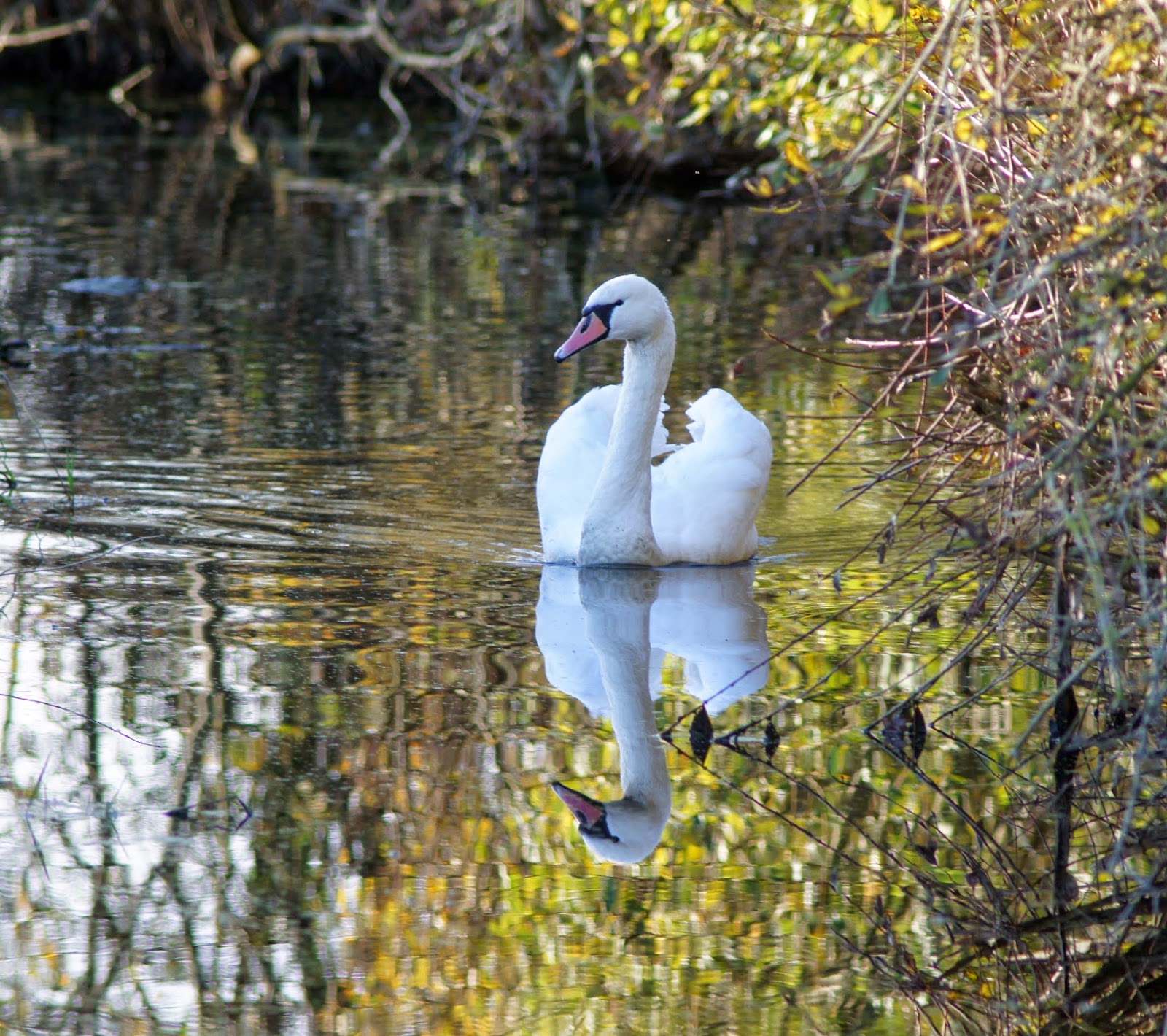 I didn't sense any more disturbances in the force.