It was grey, dark and raining.  Not ideal birding weather.  But who cares!?
I made my way to Greylake, which was indeed living up to its name!
But, brighter things were on the horizon.  At the feeders a few little brown birds were skittering about and these two posed quite nicely (the sun even came out for a minute or two). 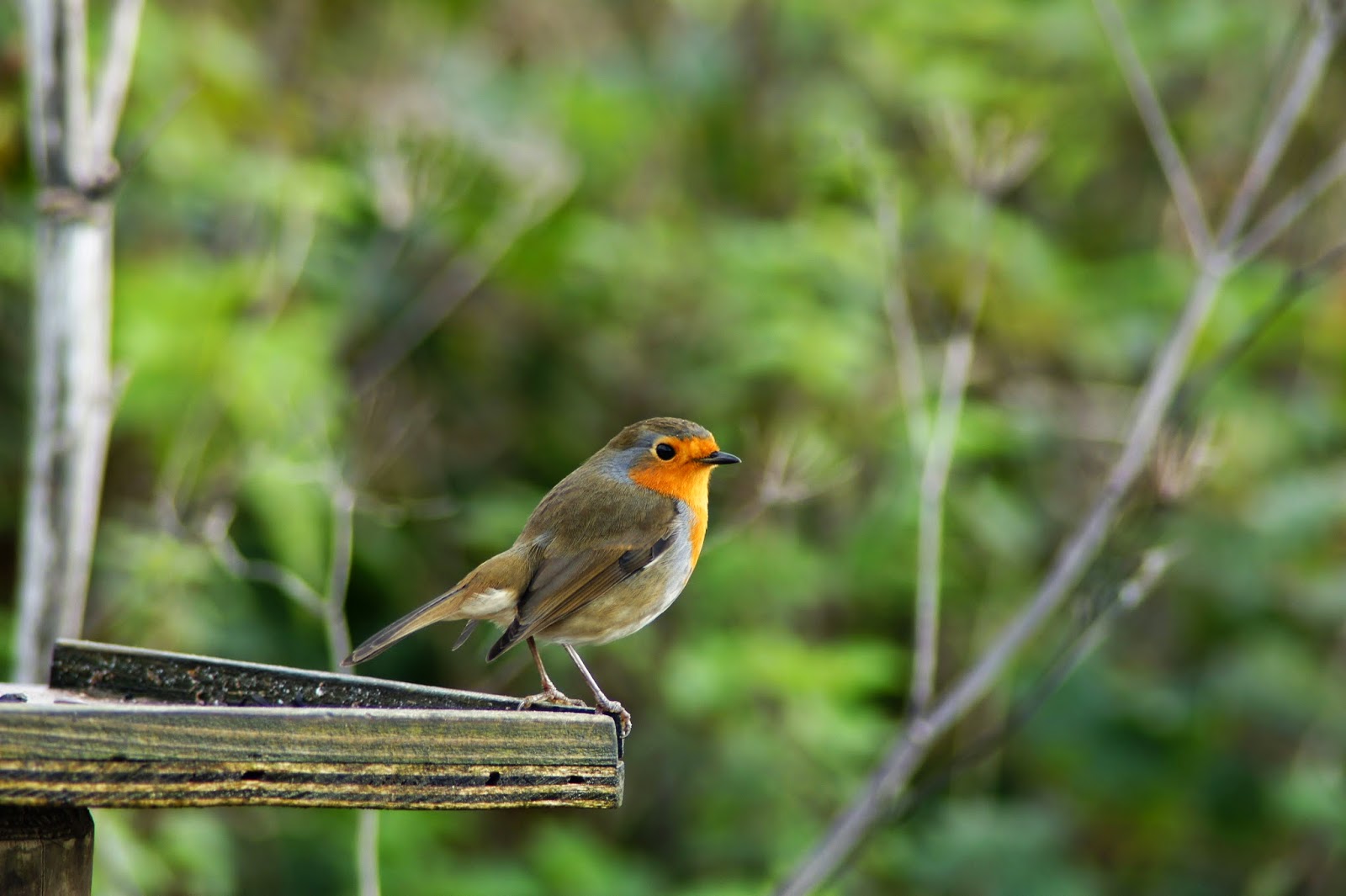 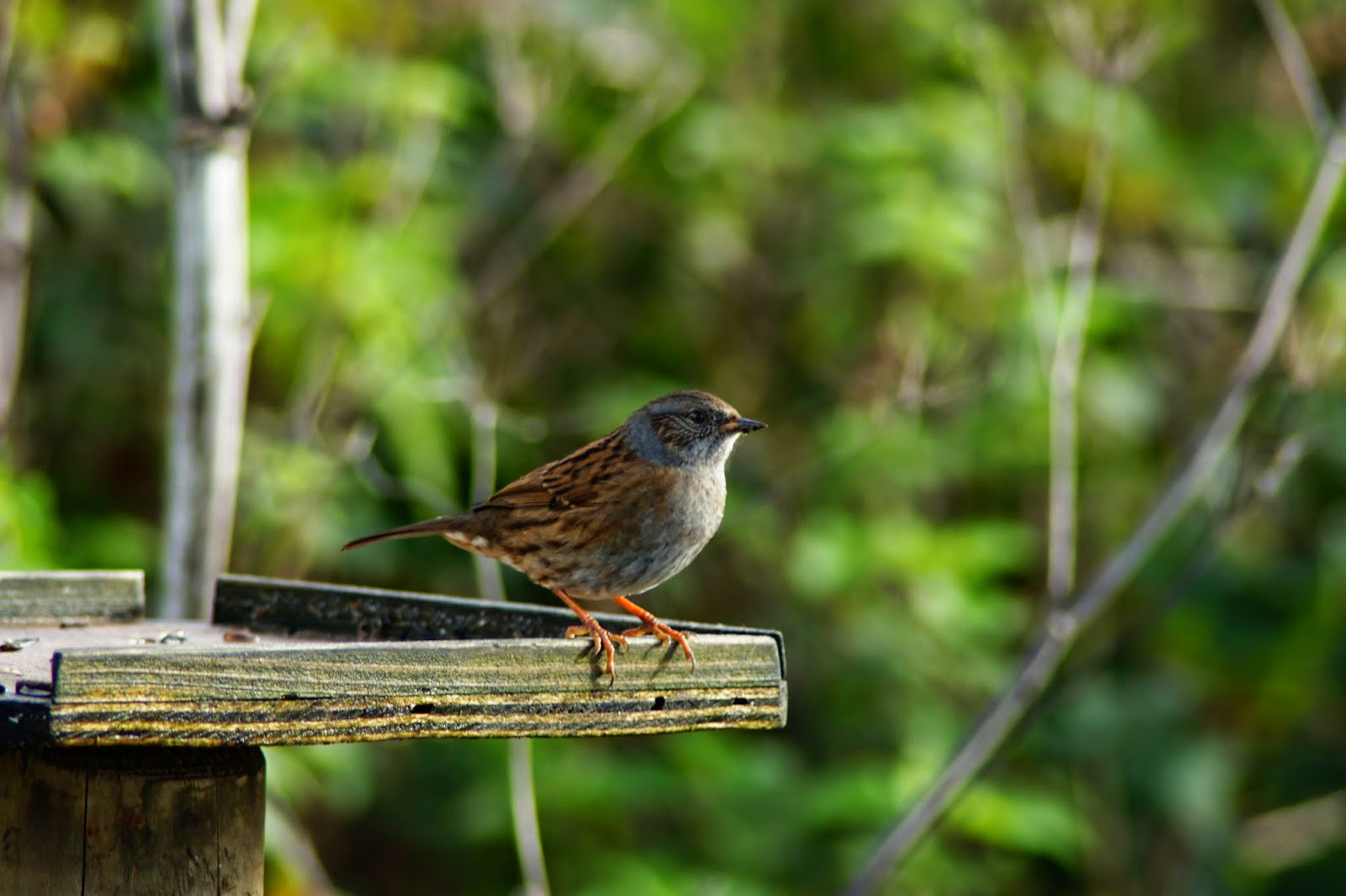 Robin (just in case you didnt know) and a Dunnock

On the way to the hide I nearly stood on a Snipe.  I don’t know who was more distressed if I’m honest.
At the hide it wasn’t quite as wet and flooded as I thought it would be (lets not get too cocky though, remember what happened in February).

Anyway there was still quite a few winter ducks milling around and I got some good views of my favourites, the Teal. 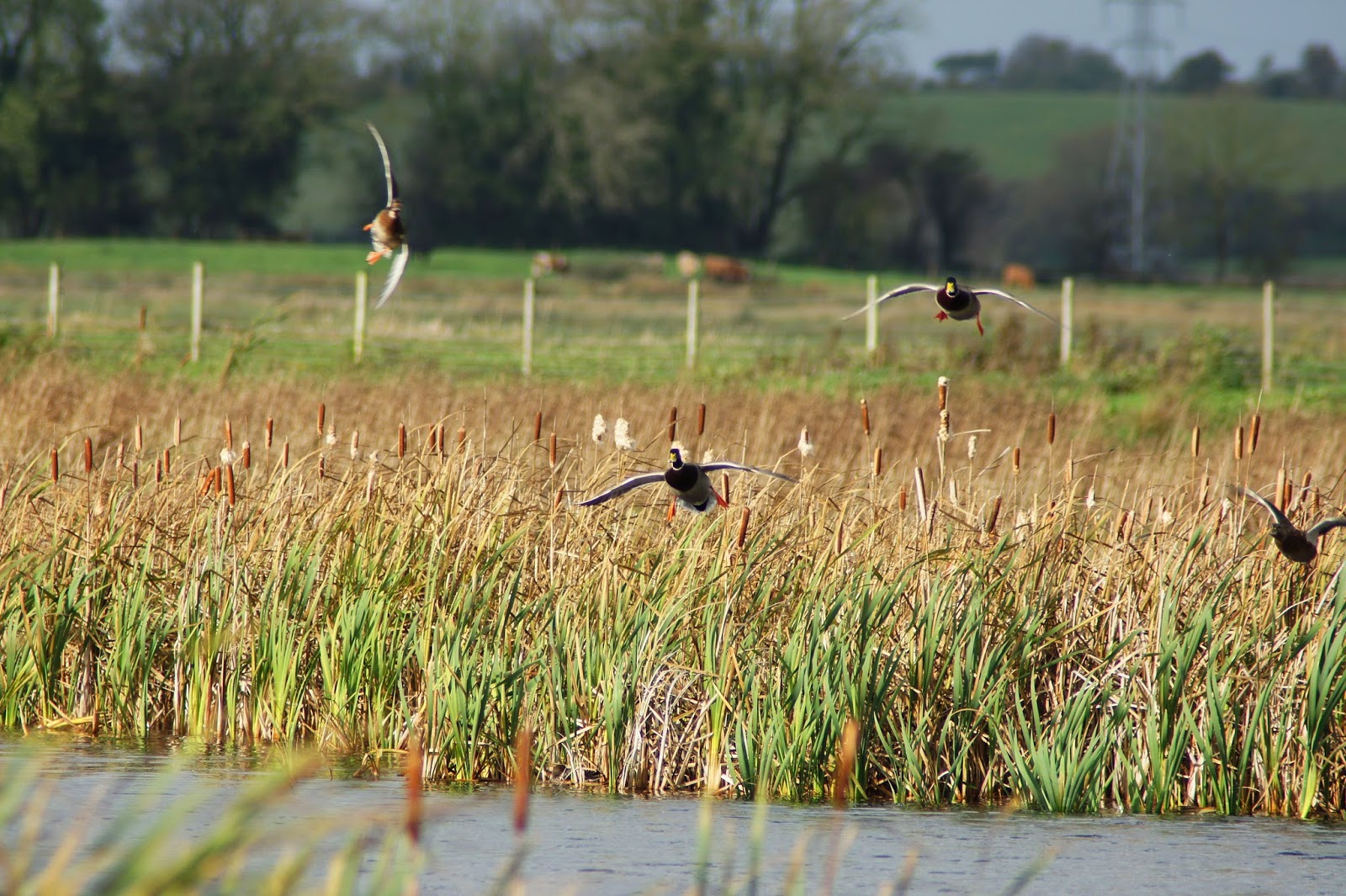 I settled down and ate my crisps.  At just the wrong time a Buzzard flew right in front of the hide.  The ducks were worried for a moment but when the realised that it wasn’t a Peregrine they calmed down again.  In the meantime I had dropped my crisps all over the floor trying to get a shot (I didn’t).  Now I am not one for litter and did tidy up the foodstuffs afterwards.

Then, in the far distance I noticed a scythed grey shape.  Oh yes, a Peregrine.  What a great bird.  There was a problem though it was A LONG way off.  Luckily I was armed with the Bridge camera Andrew and loaned to me.  Now Andrew uses the SX50 as a door stop since he got his fancy SLR camera.  Now I am a little more positive about these little bits of kit.  For a start its got 50X zoom!
Now I went a bit crazy and zooned to 100x (half of it is digital though).  So here it is... ahem. 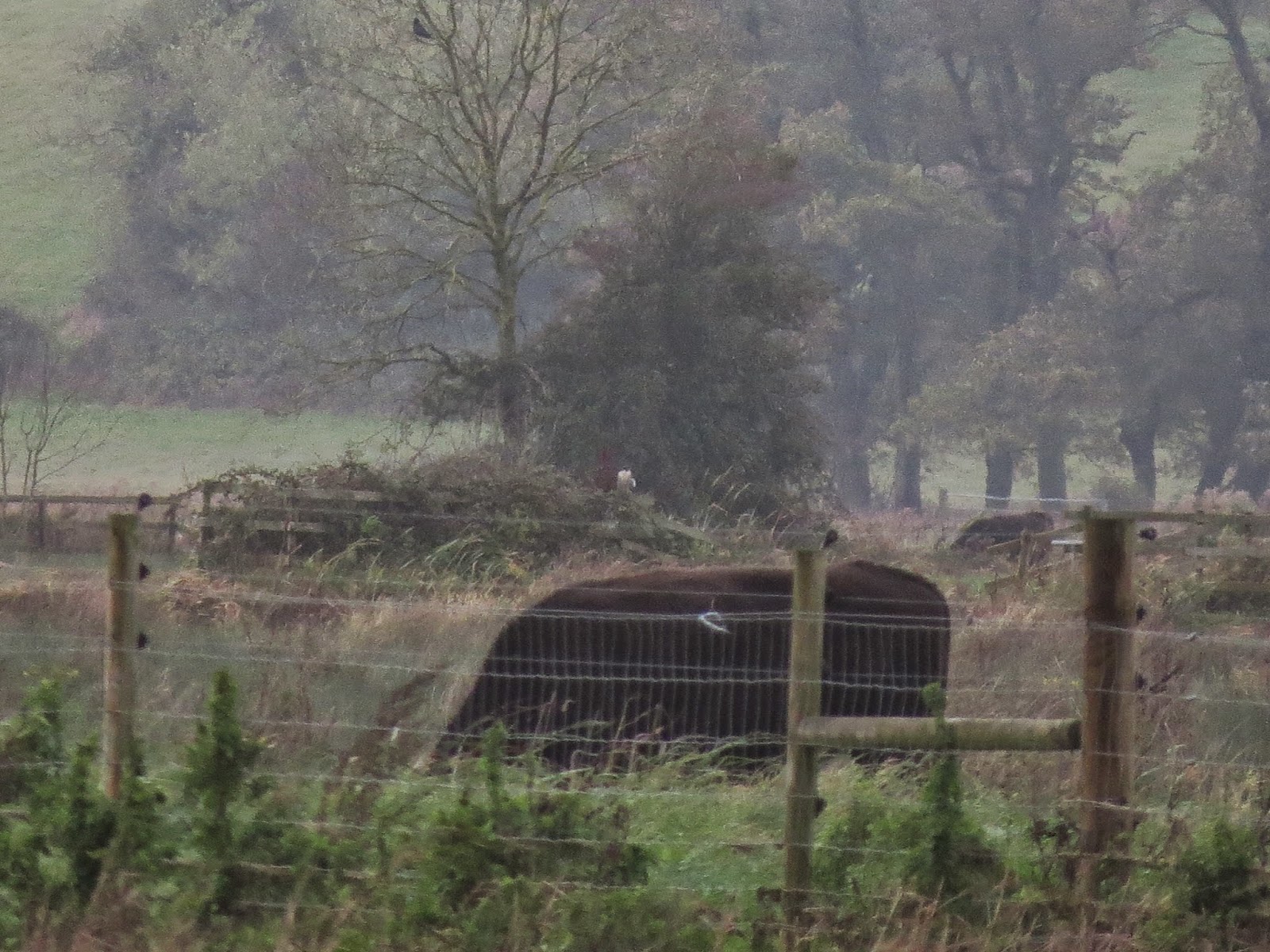 Its above the cow.

It didn’t do a lot, just sat and looked around as they do.  So off to Catcott...

The light was failing pretty quickly.  There was little chance of any decent photos but I did see a Female Marsh harrier at the back of the reserve (what a surprise) and a very odd occurrence.

In the middle of the reserve their was a sudden din followed by a pair of hunting birds rising from the floor.  One was certainly a Peregrine.  The other was smaller, really not sure.  Anyway they clashed a few times before disappearing behind some trees.  Moments later the Peregrine seemed to be dropping what looked to me like feathers from its talons...

She then landed (at the back of the reserve). 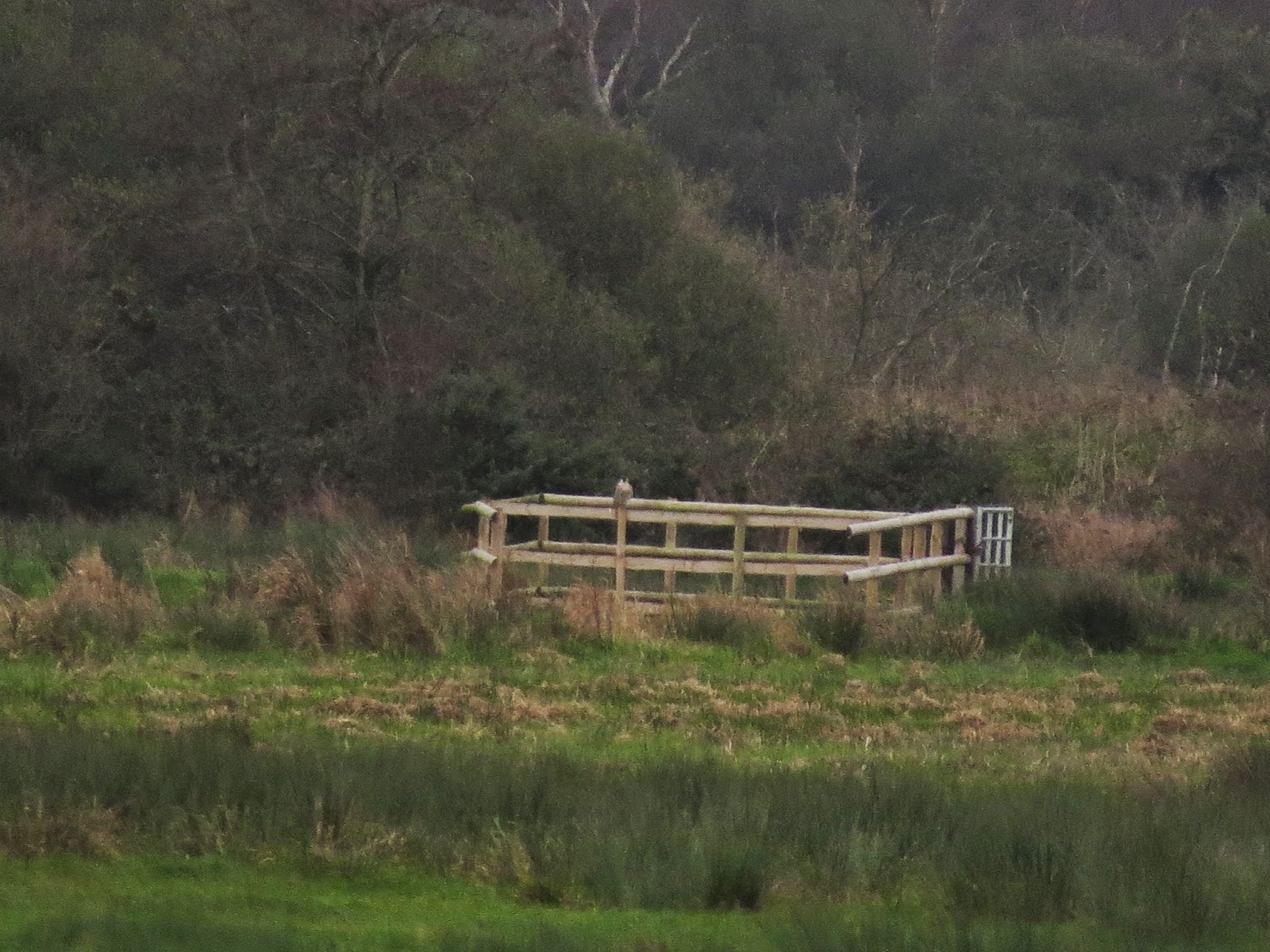 With the light almost gone it was time to pack up.  There was a lot of big gaps between me and the birds today but the SX50 at least tried to bridge them.