Although its winter it doesn't feel much like it. By the time we had got to Morrison’s to collect lunch I was sweating under my coat.  On the way down to Ham Wall Andrew let out a cry of dismay.  He had forgotten his “stock” for the PhotoSniper -just one of his MANY items of camera paraphernalia.

He simply couldn't function without it.  So whilst he peddled back to get it I continued on.  Whilst going through the enchanted wood I encountered Andrew’s nemesis.  The Woodpecker let out an alarm call and was gone, hotly pursued by a second!

At VP1 I settled in. In the distance a dark shape was flying about.  A female Marsh Harrier was doing a bit of “soaring like a Buzzard”. Luckily she came a bit lower and a positive ID was obtained.
Moments later Andrew arrived, feeling better with all his equipment by his side.  I say all of it...
The increase in equipment meant that we couldn't carry a scope.  Something had to give I suppose...
The sun was shining and a few of the commoner birds were flying about including this swan which flew straight at us.  I managed to get to the camera before it crashed into the lens.

Aside from that a few mallards and a large flock of lapwings were flying about. 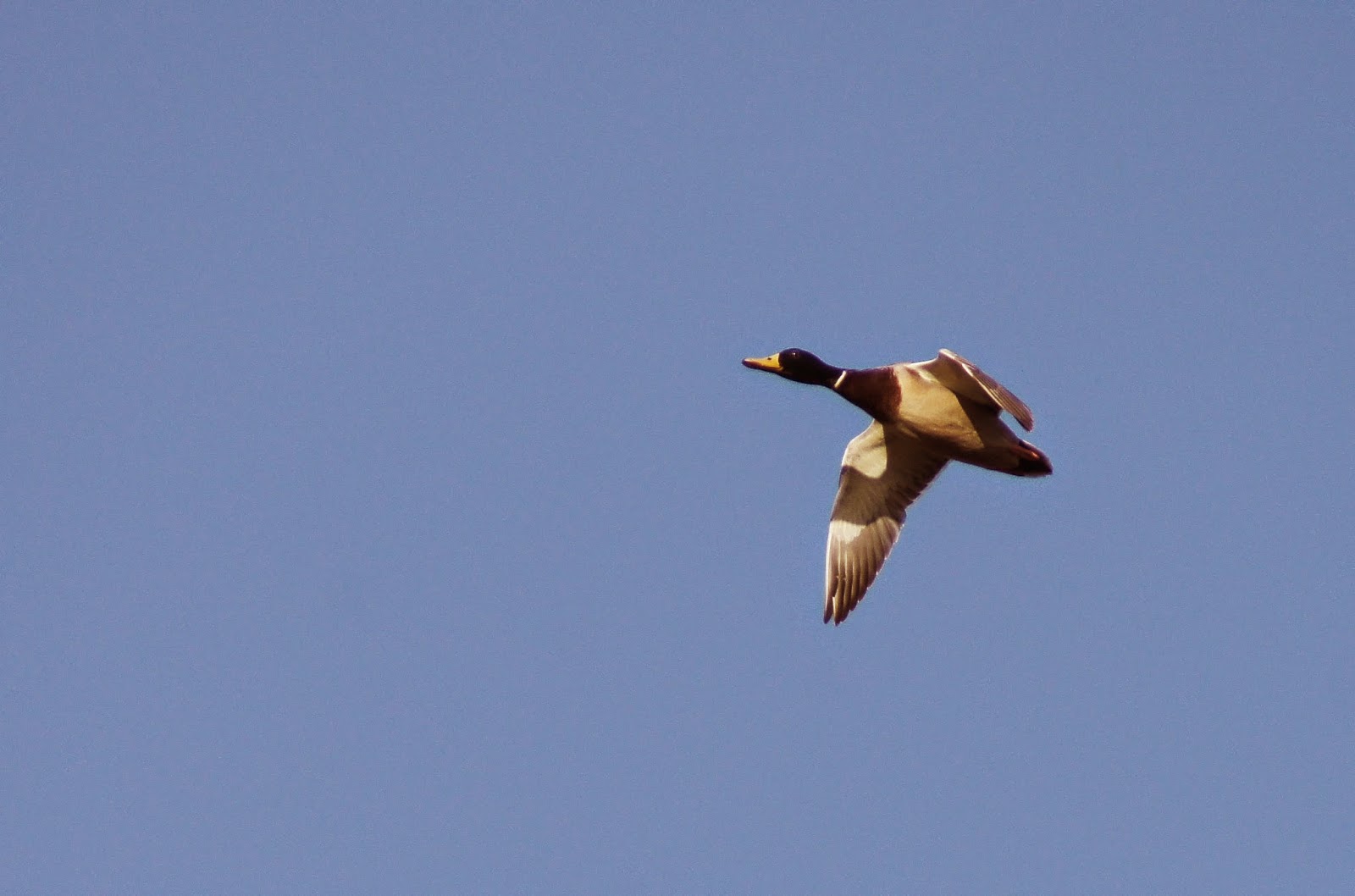 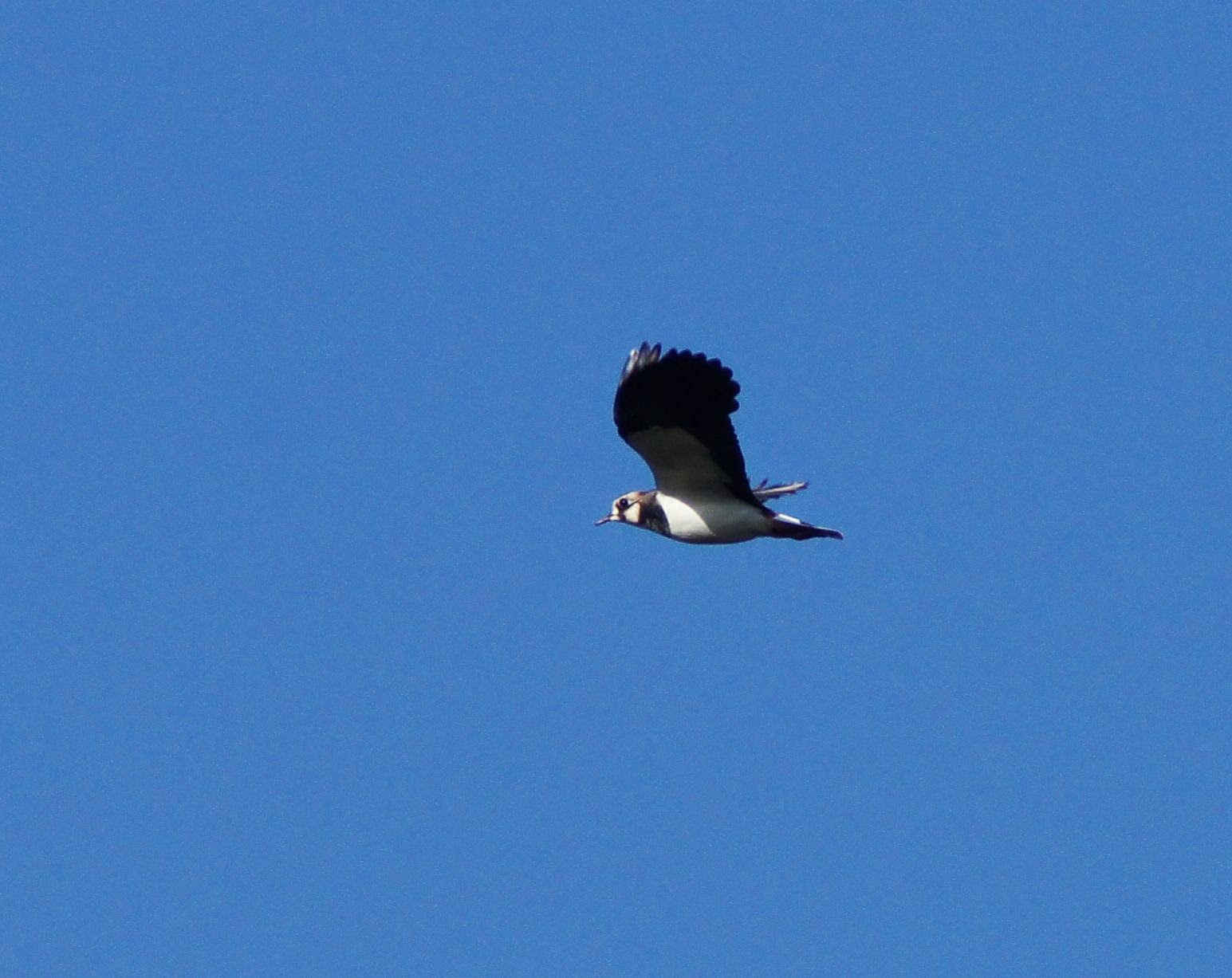 We went onto VP2 but didn't see a huge amount.  After a hot chocolate we headed back to VP1.  Discussing various camera lenses and cameras.  A Marsh harrier threatened to head closer to us but it didn't really happen in the end.

There were plenty of Snipe shooting about the place and we managed a few shots of them. 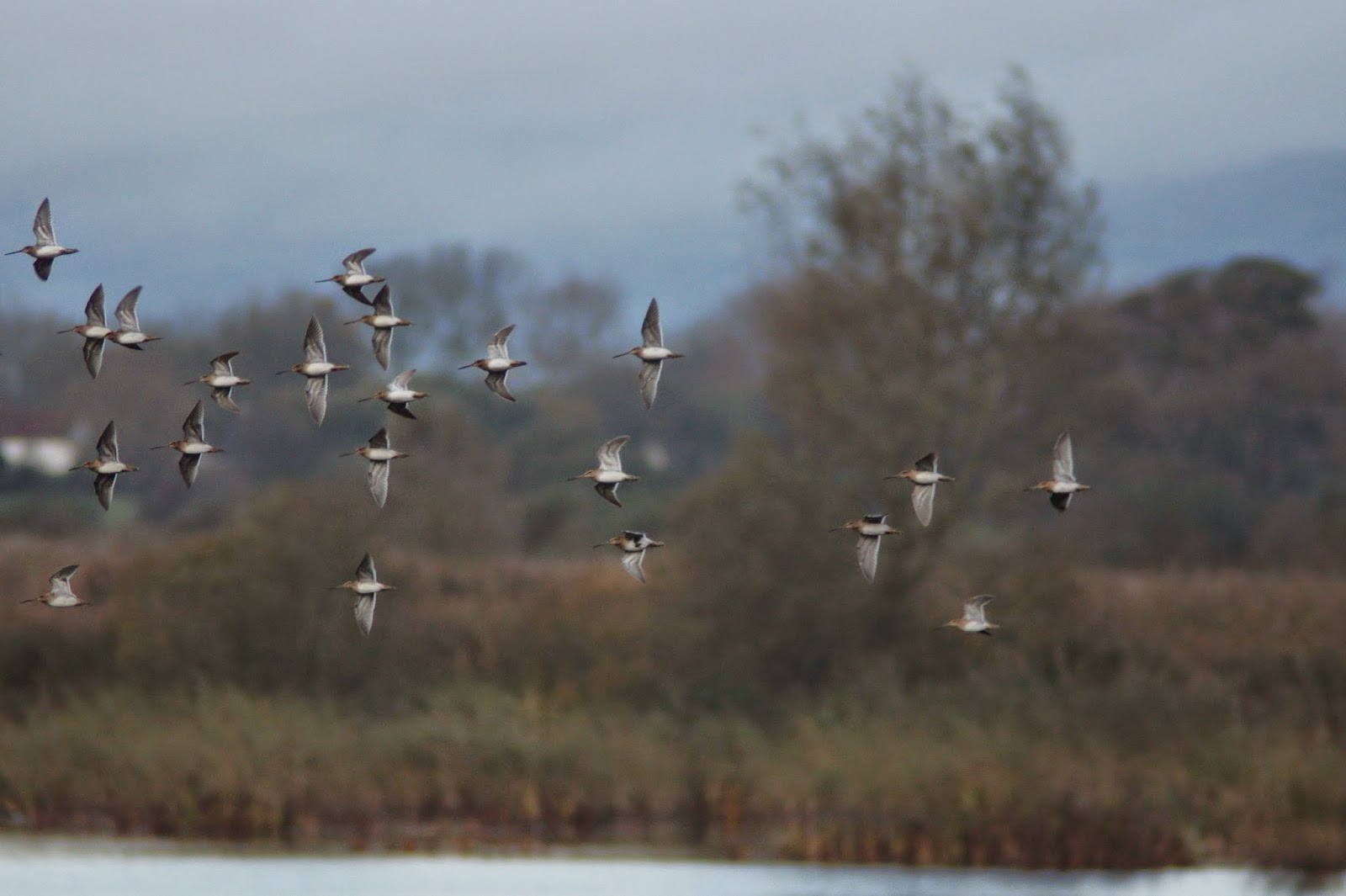 As the sun began to set the Starlings flew in.  They are not really up to full strength yet and it wasn't massively spectacular but still good to see.  A taster of things to come...

My Photosniper is almost fully adapted for use with a DSLR. Trigger working and a new quick release put in place so I can use either the Tair or Canon with it however I think I'll put it back to just for the Tair and get another camera body. But thats in the future. The trigger need a bit of fine tuning to.

But on with my contribution to the day. 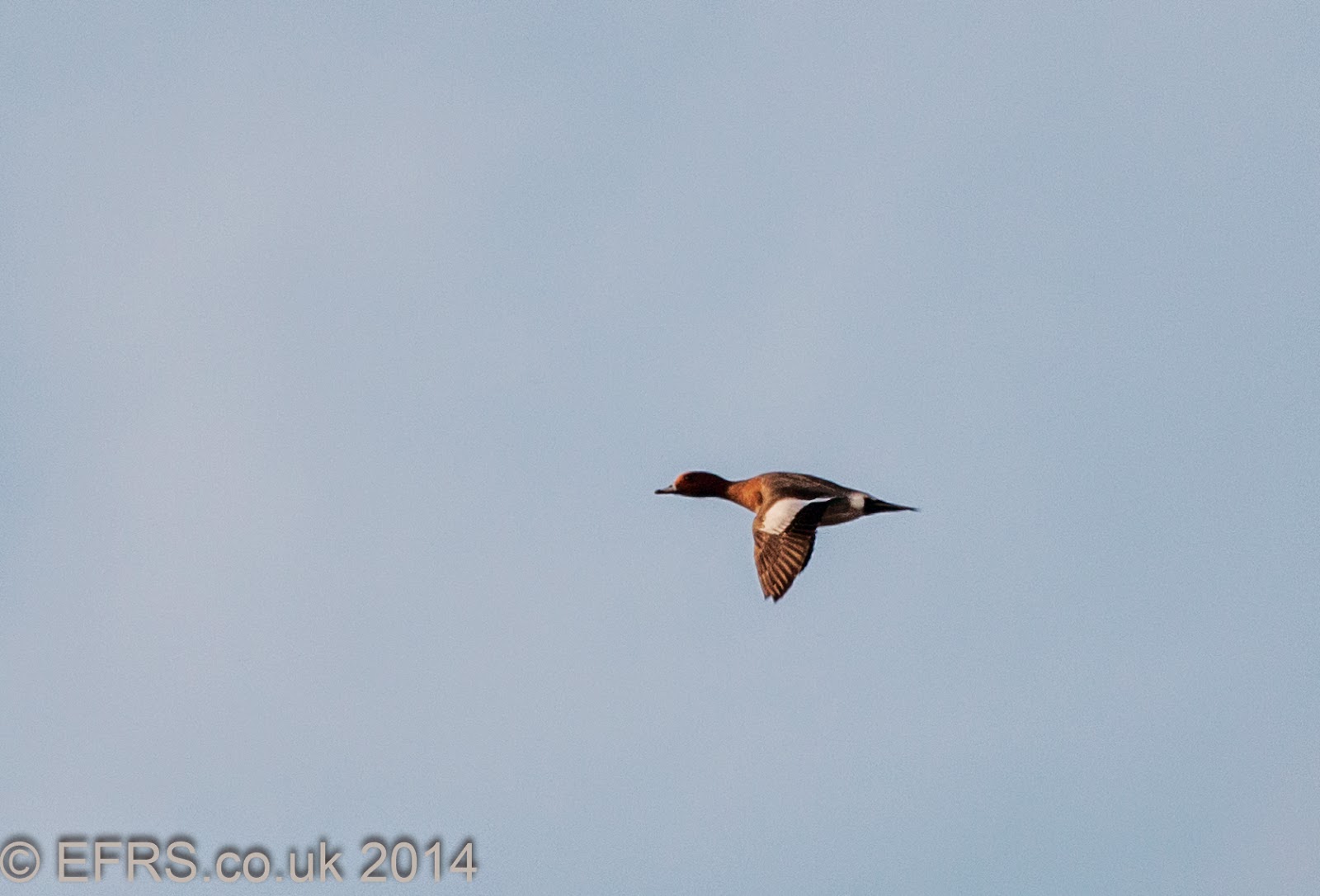 Managed something a little better than a Mallard - a Widgeon

Back at VP1 we finally got some good stuff. The Snipe and Greylags being the best of the offerings 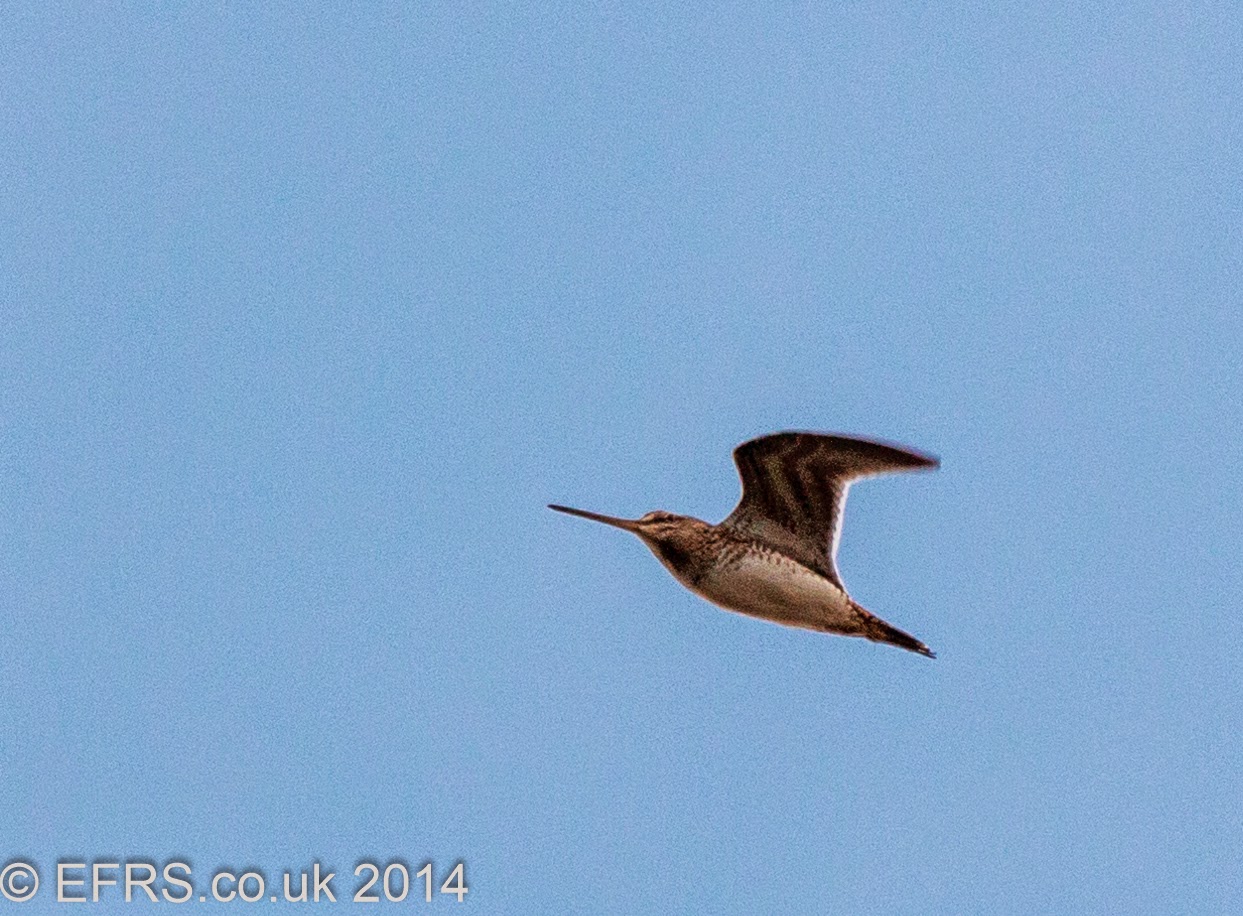 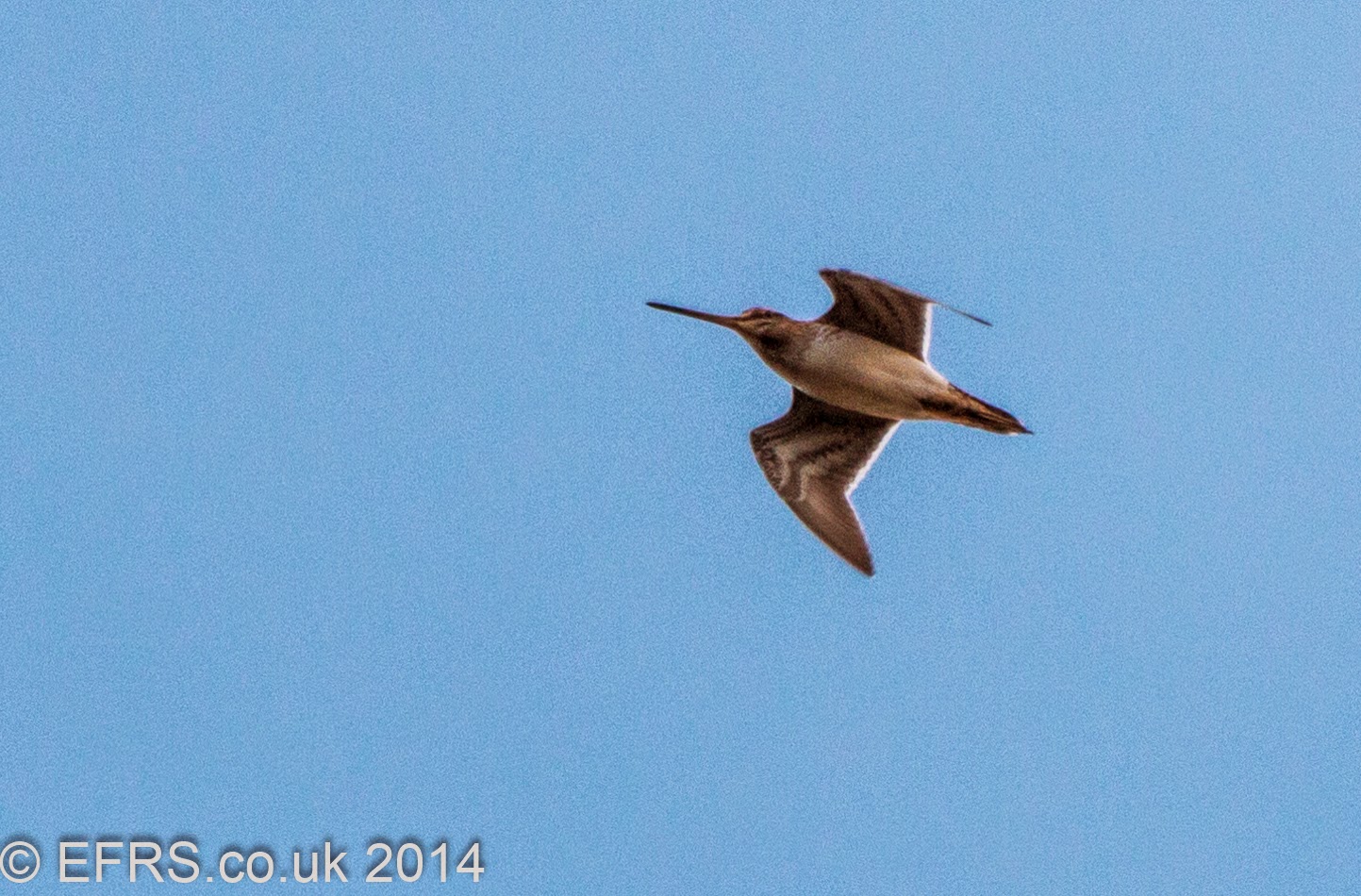 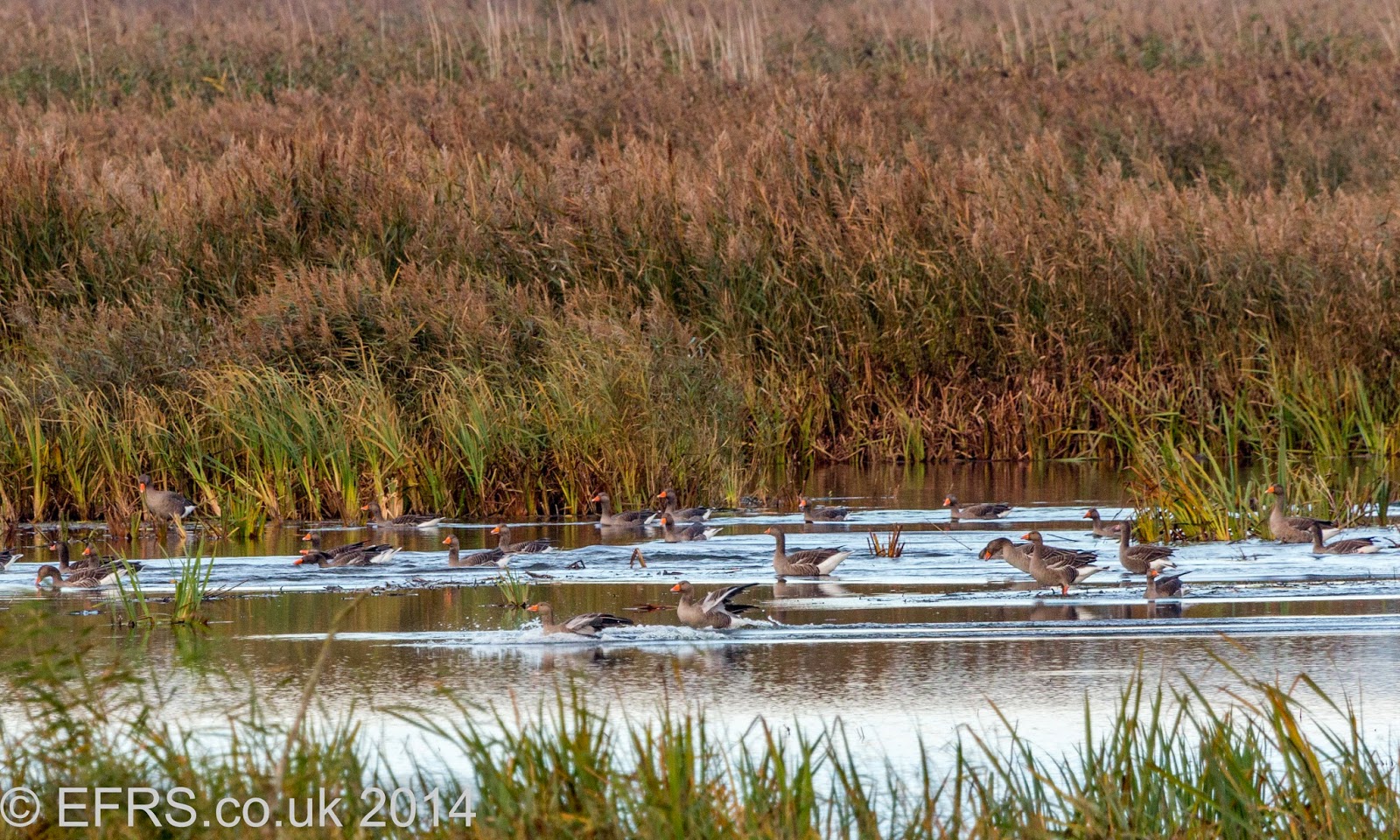 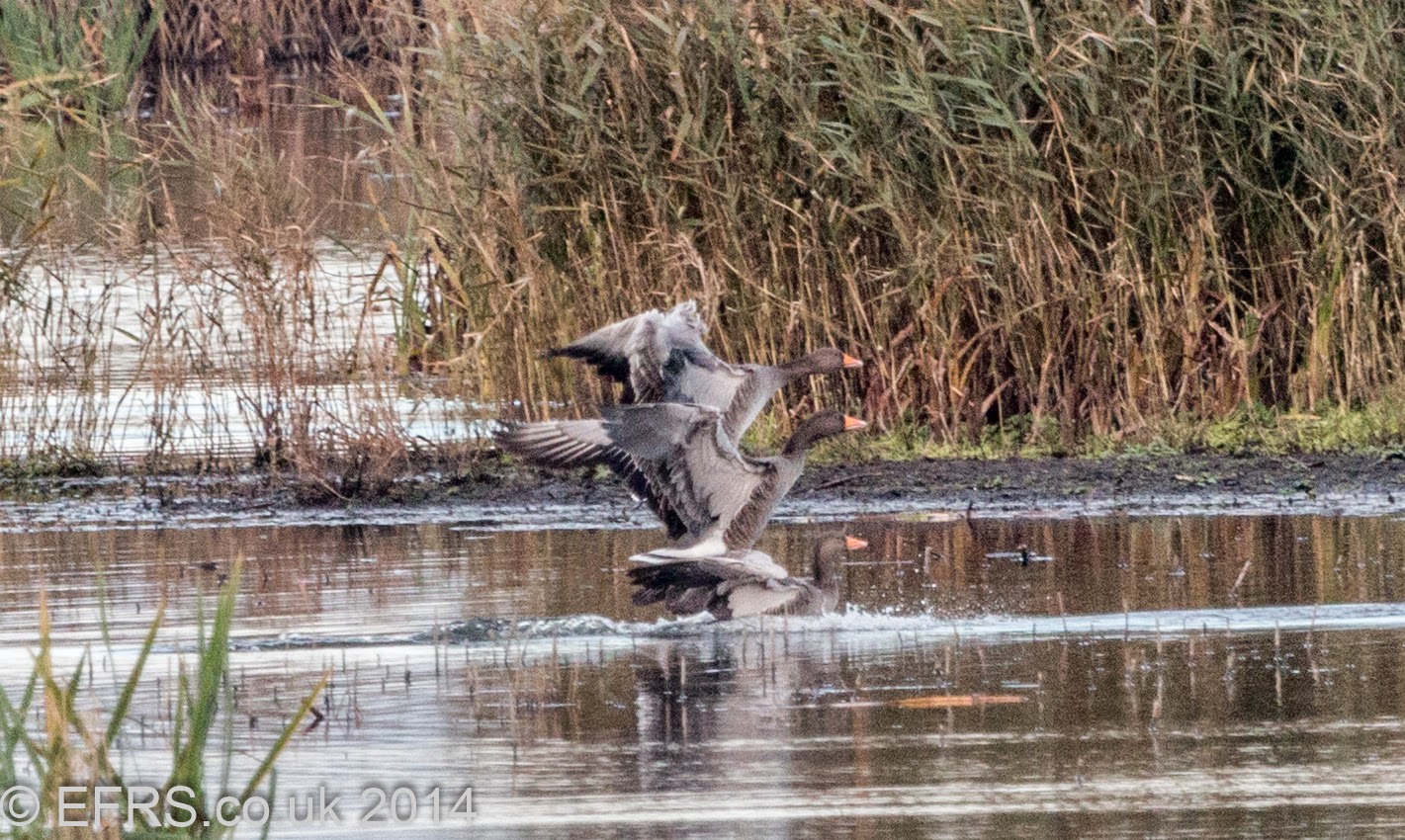 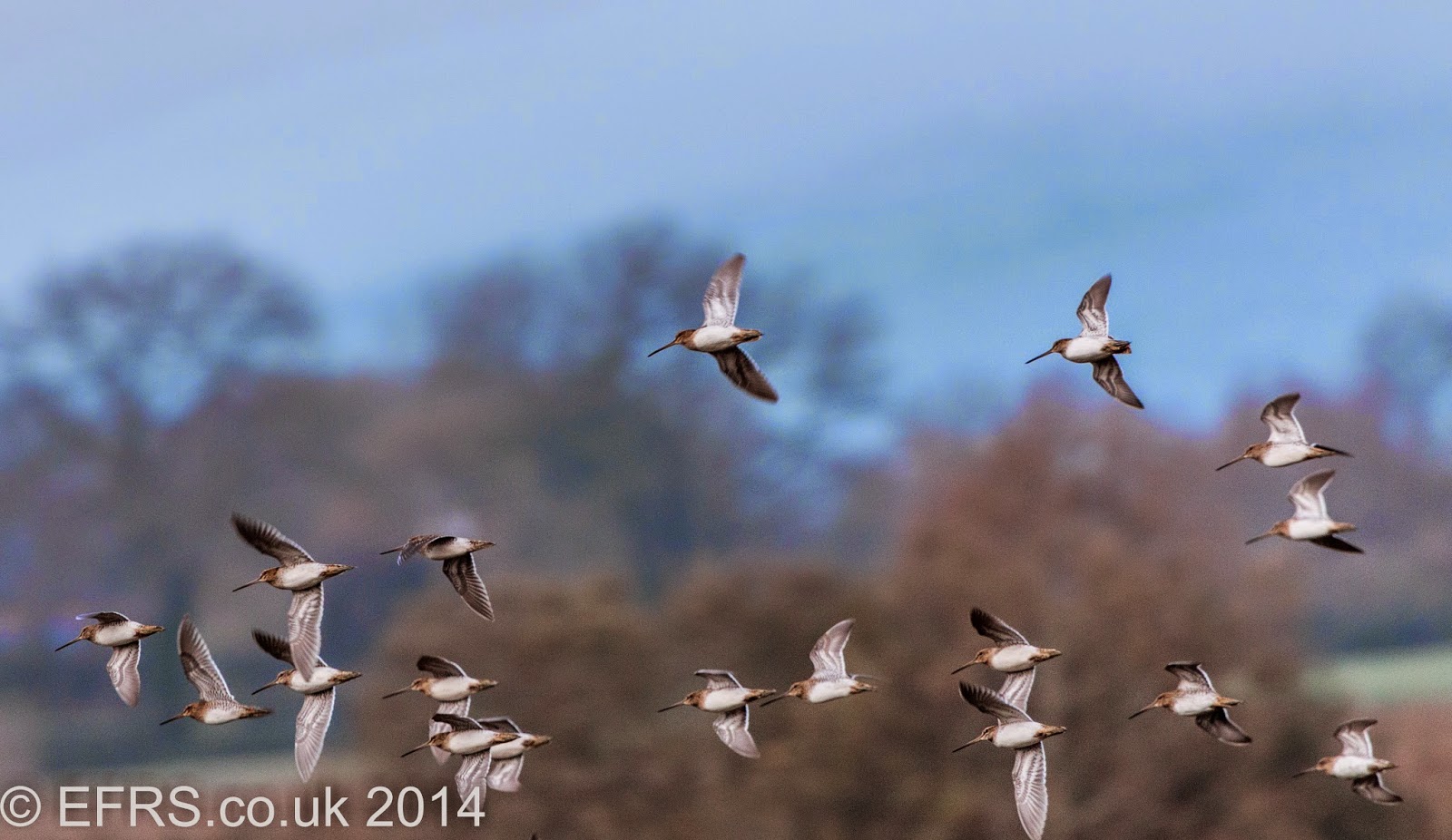 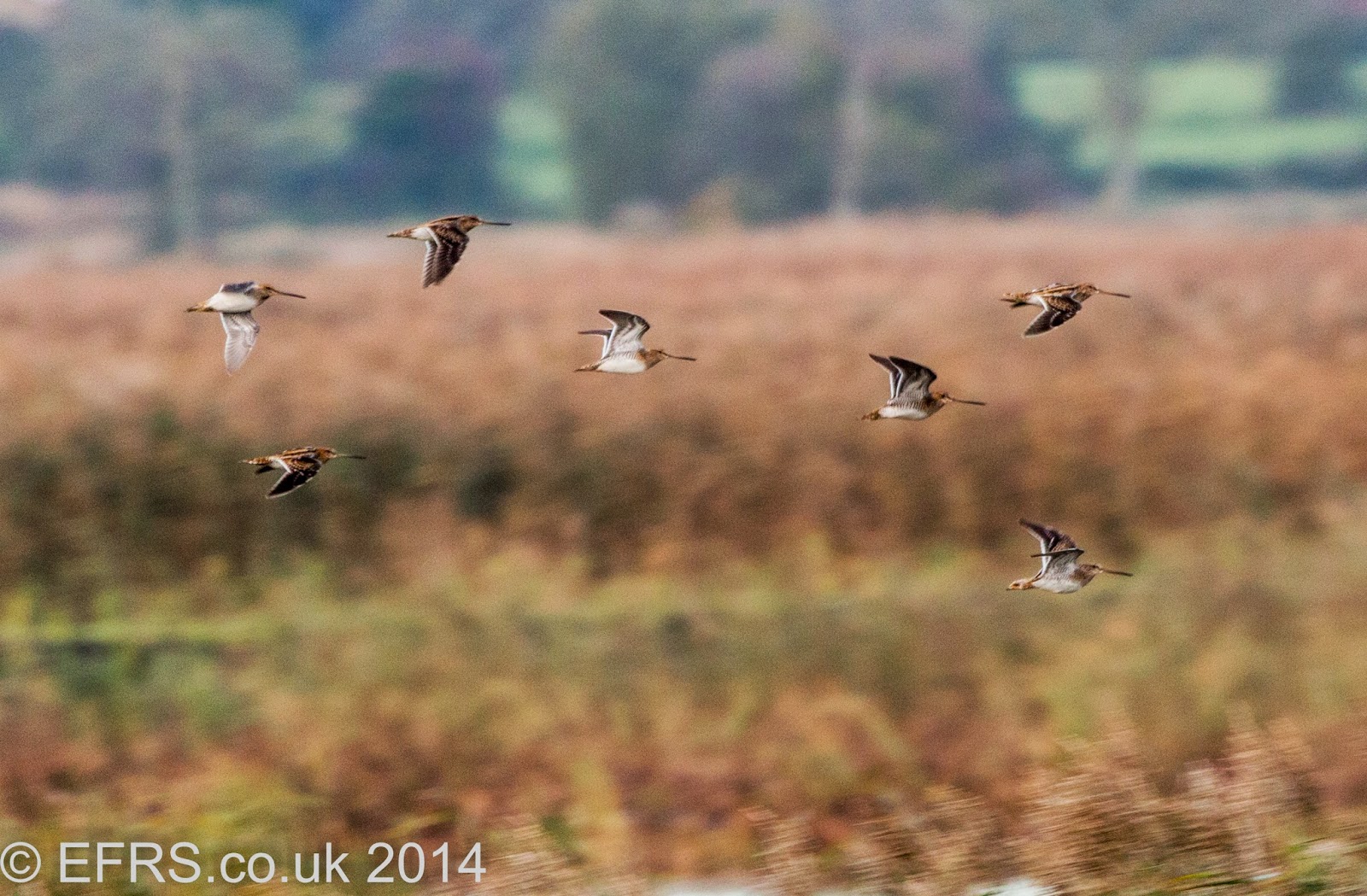 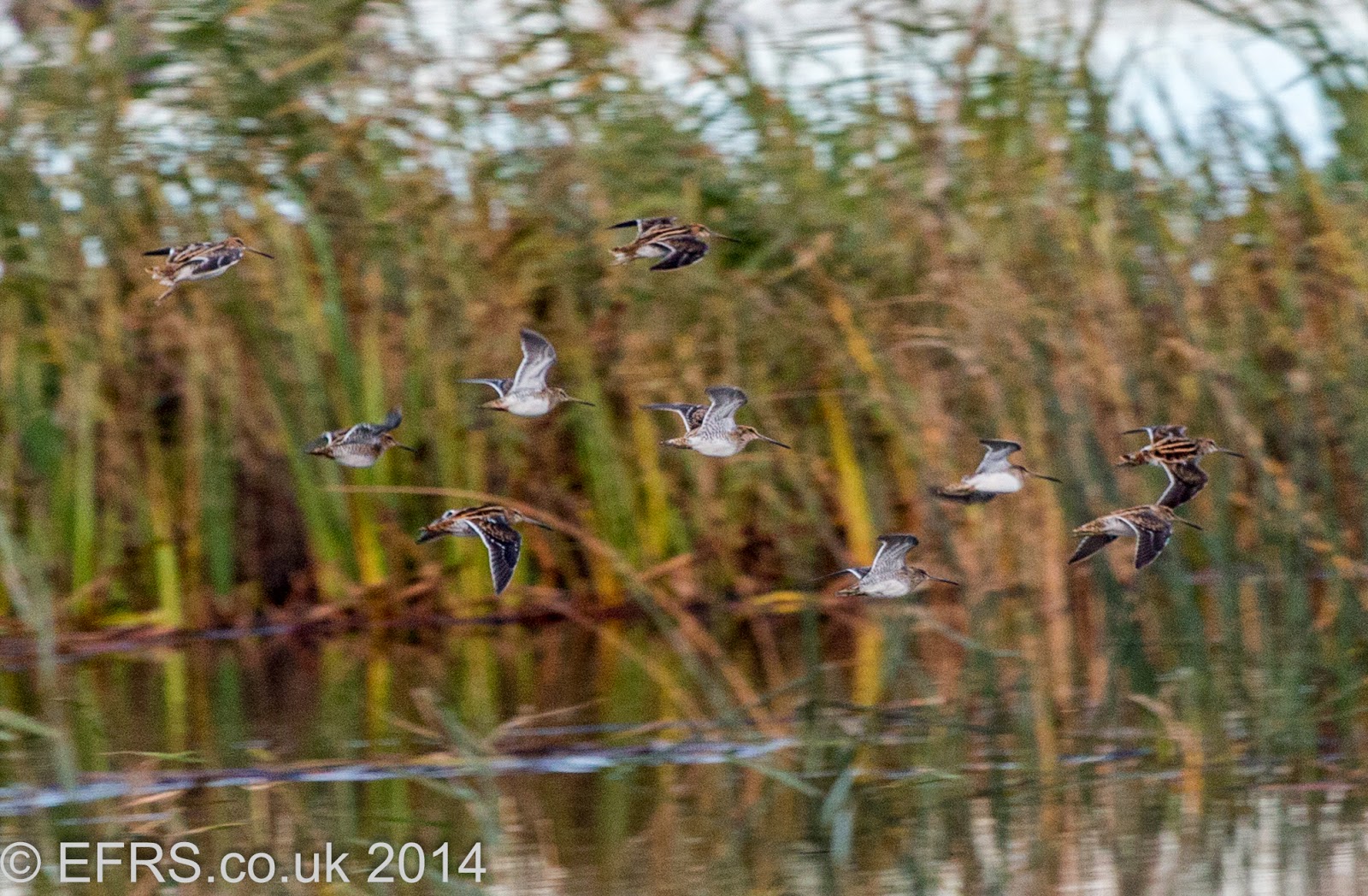 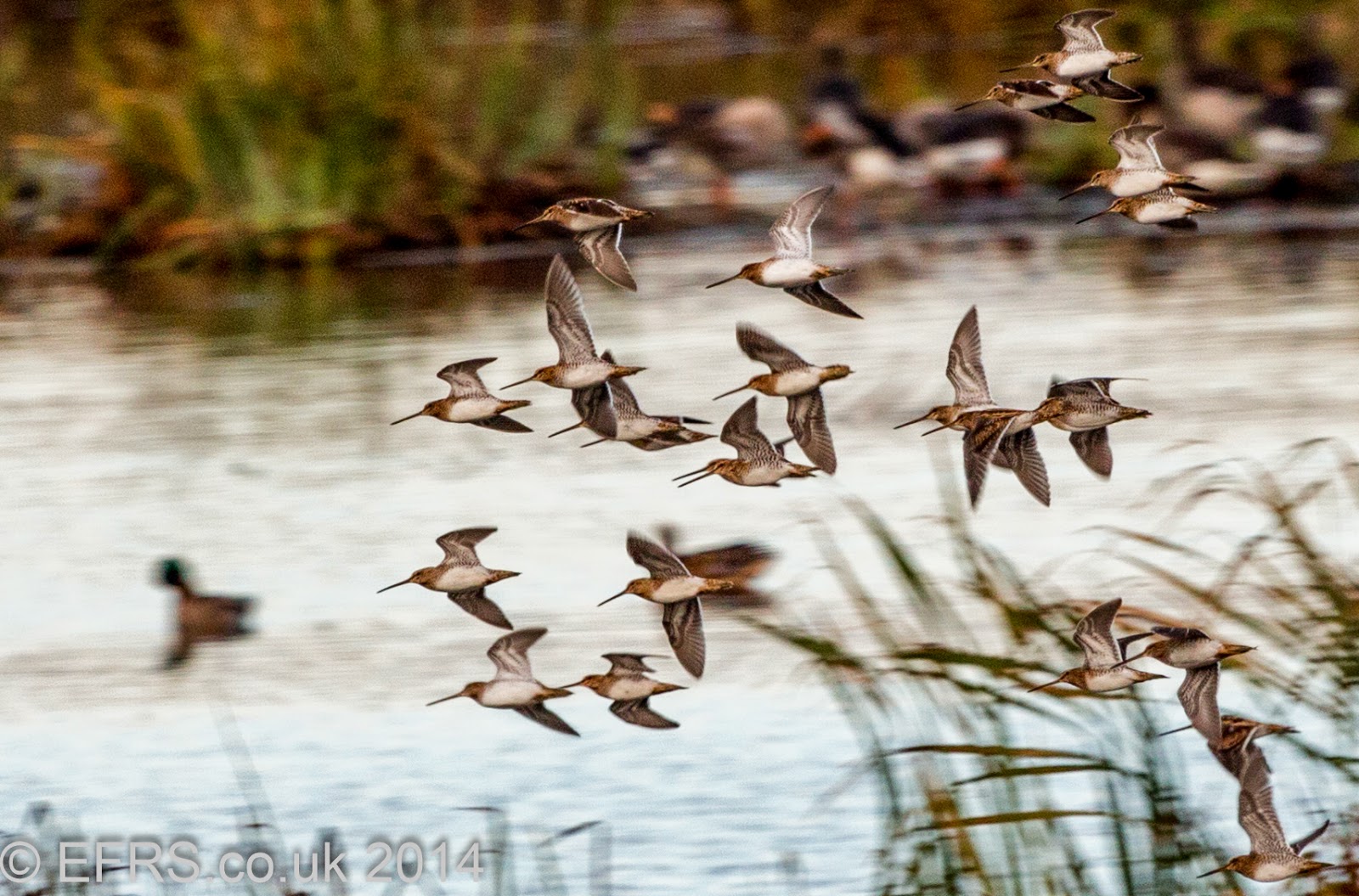 We saw a Marsh harrier over the other side from VP1 and hurriedly got in position to intercept it just up the track. It never appeared but I did get this little chap sitting over head. 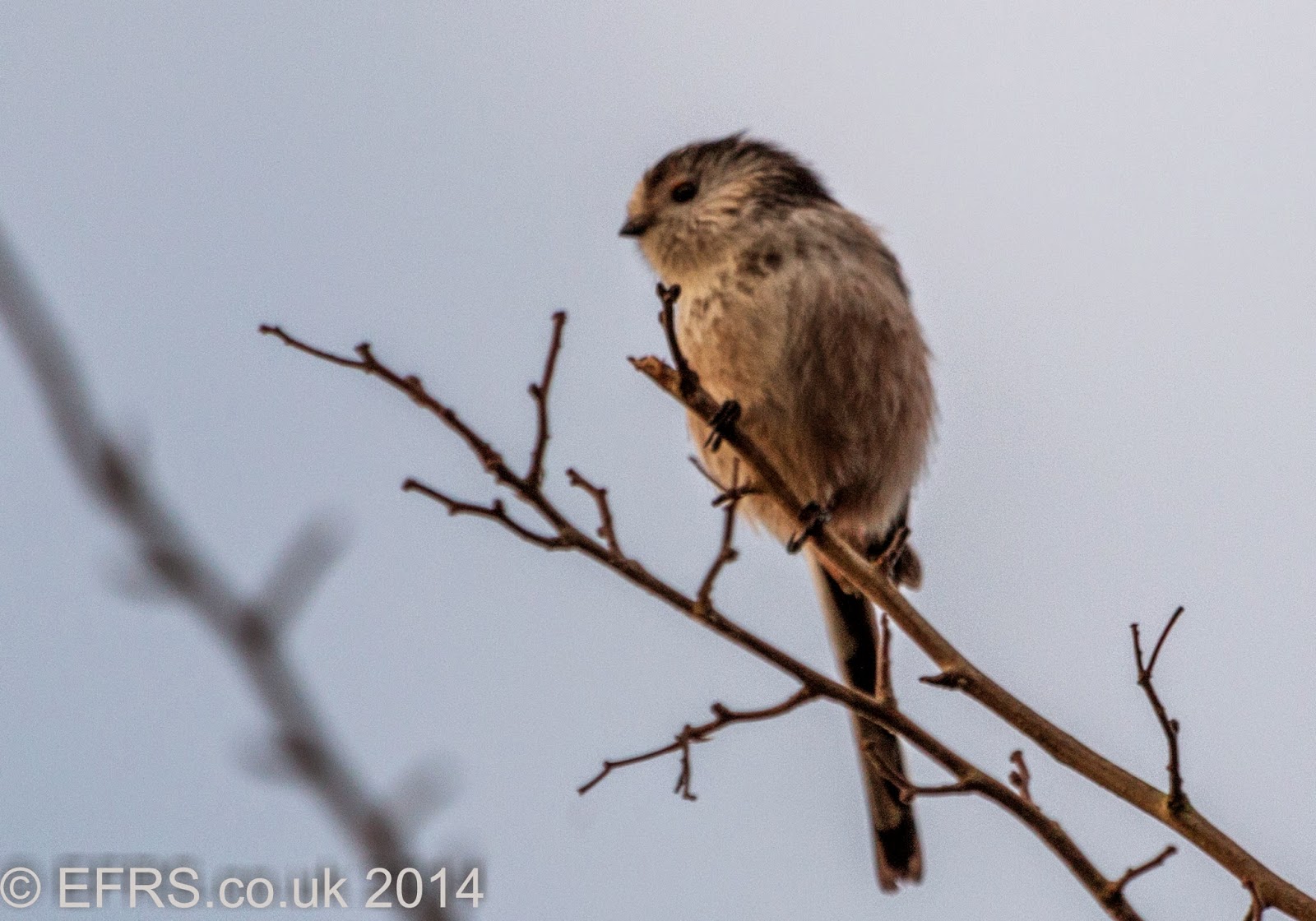 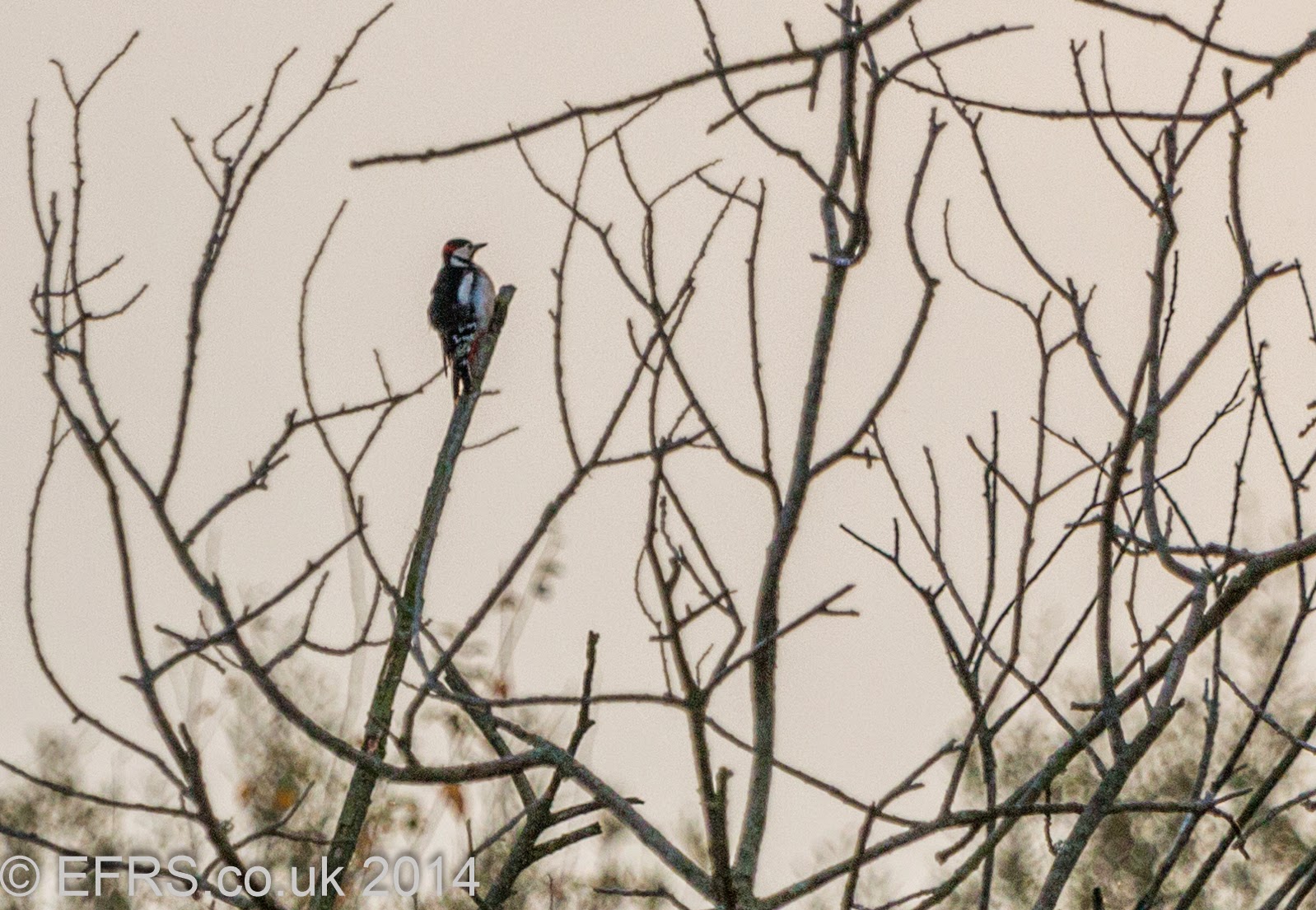 As the light faded and the birds subsided for the evening I swapped the big stuff to a nifty fifty Super Takumar from the 70's. 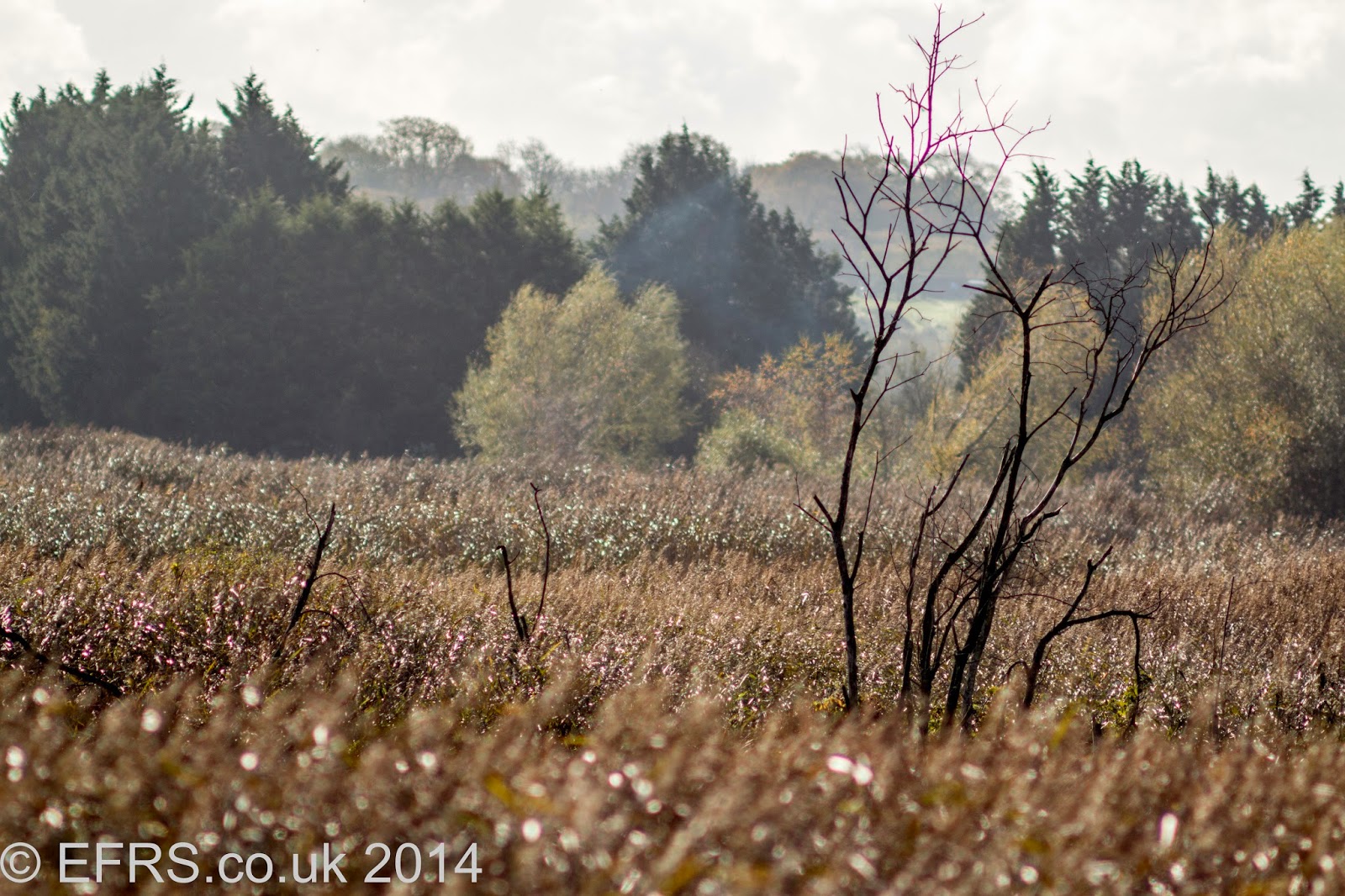 Opposite VP1
(Actually taken with the Photosniper and Tair 3) 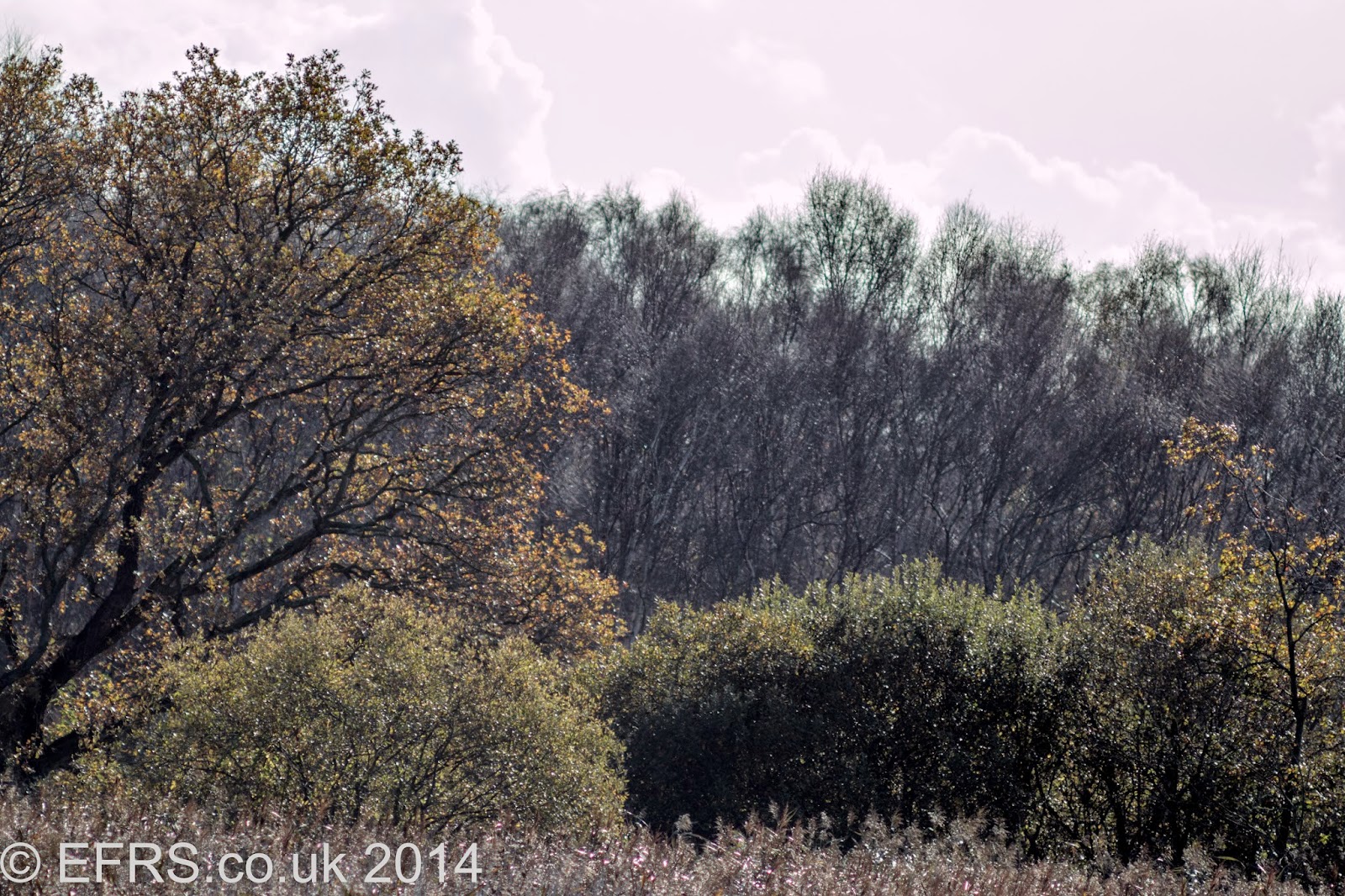 Woods by VP1
(Actually taken with the Photosniper and Tair 3) 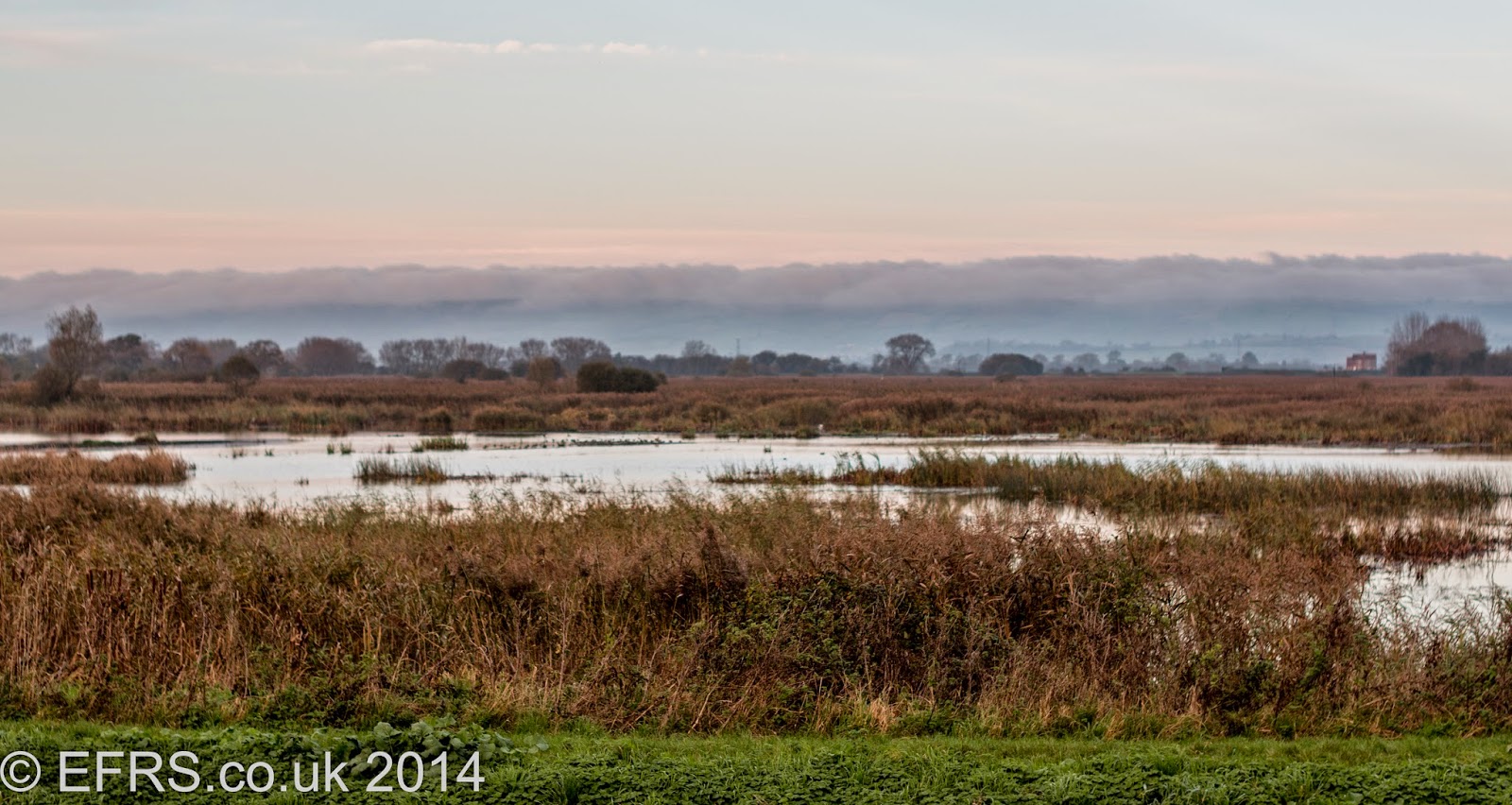 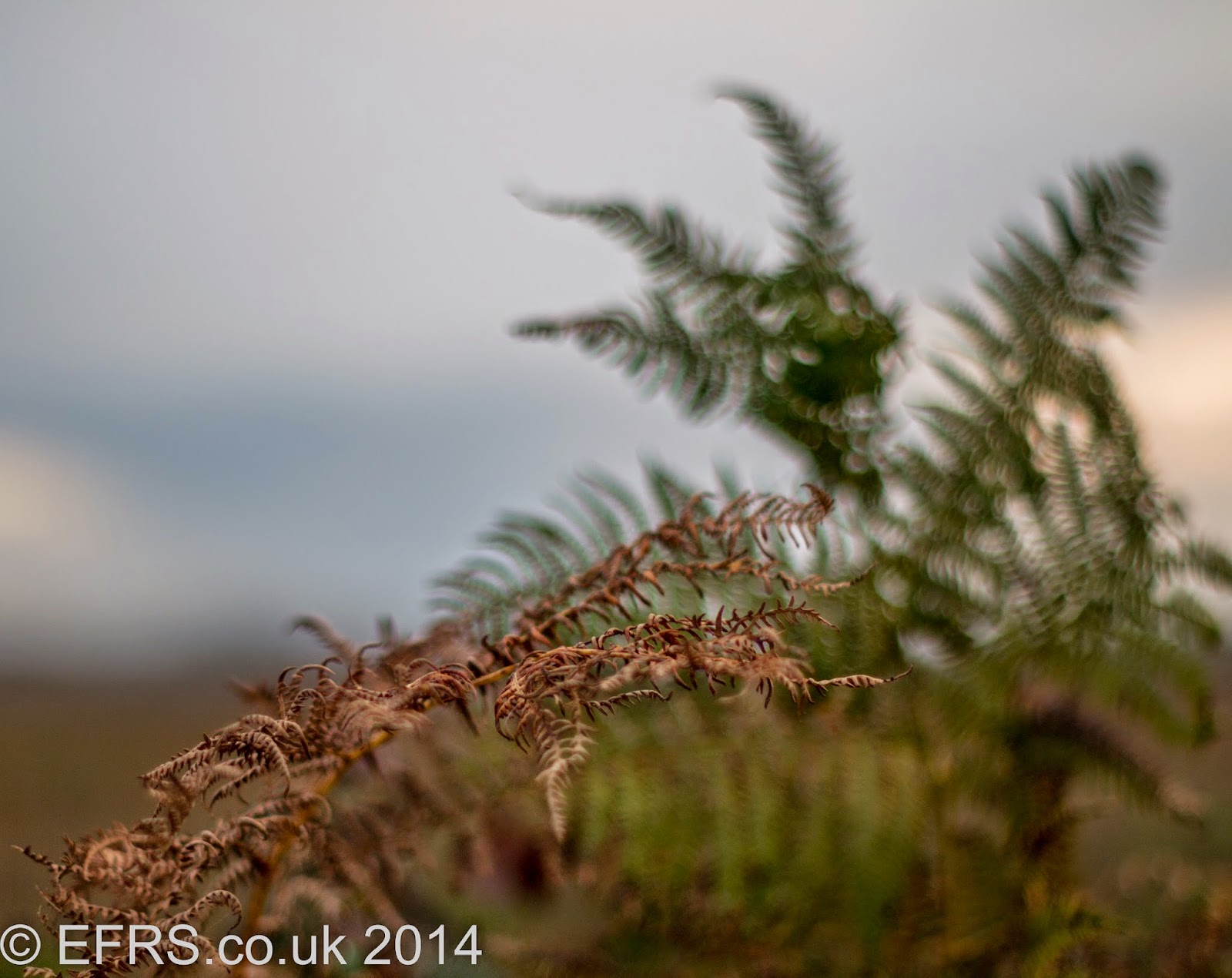 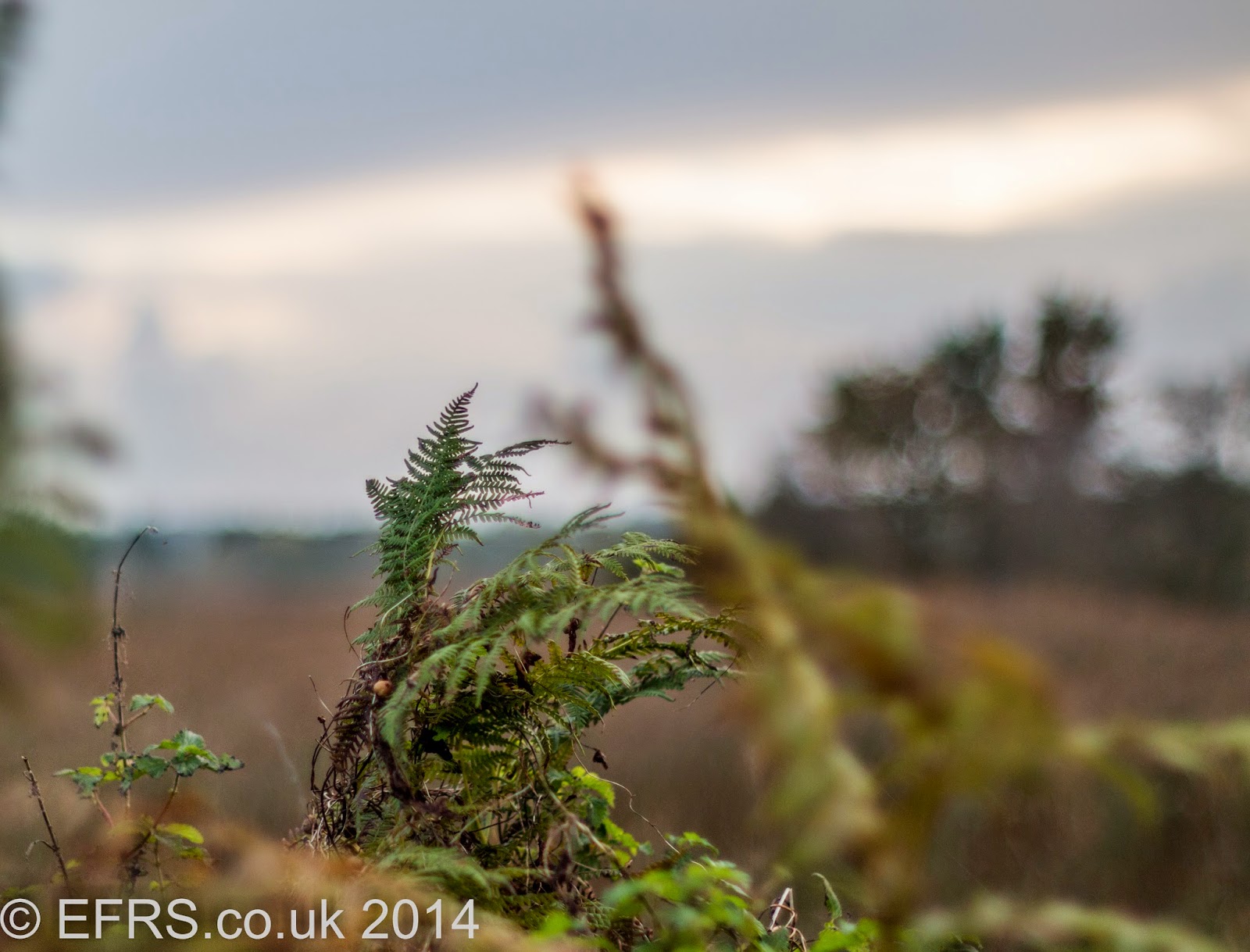 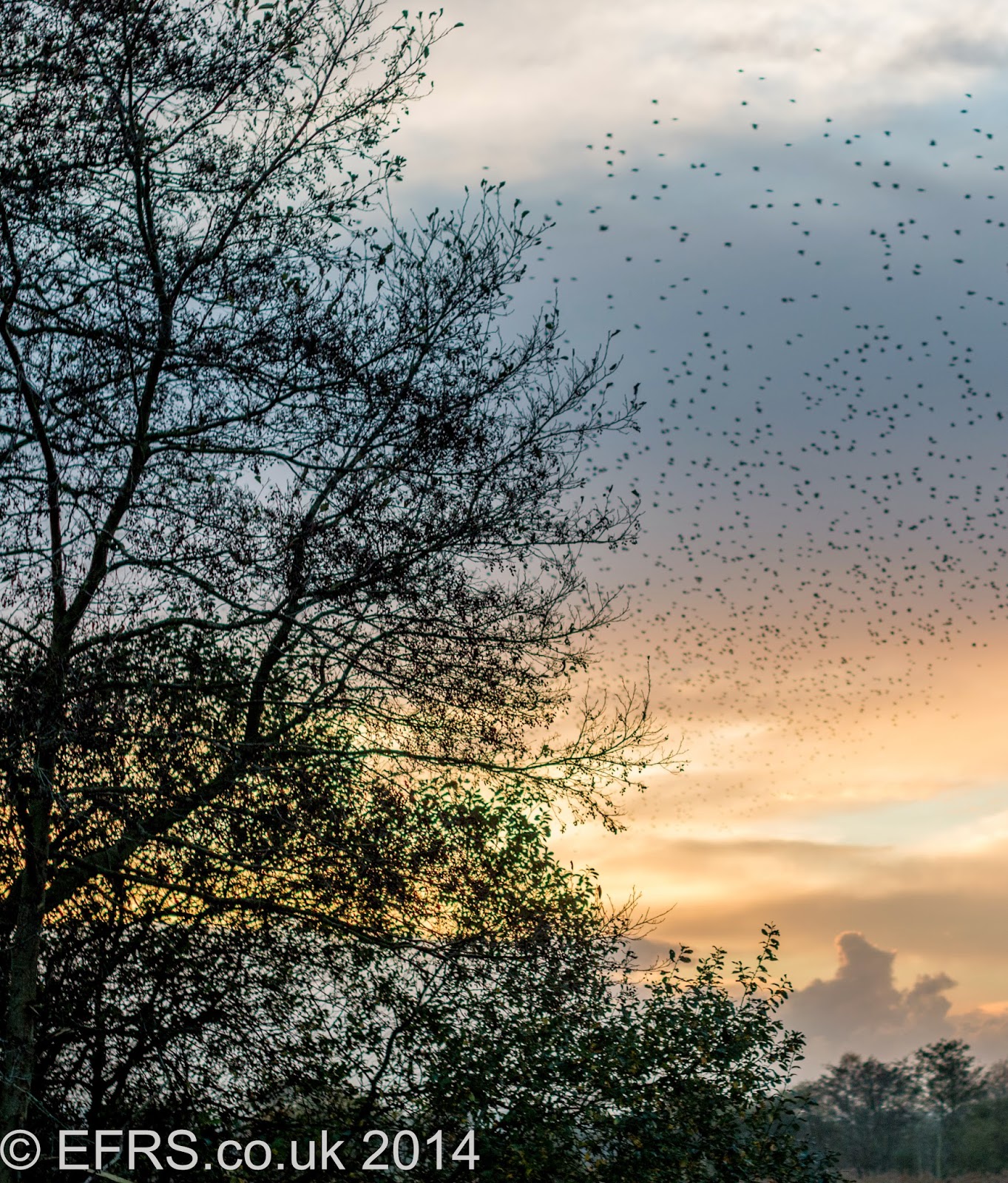 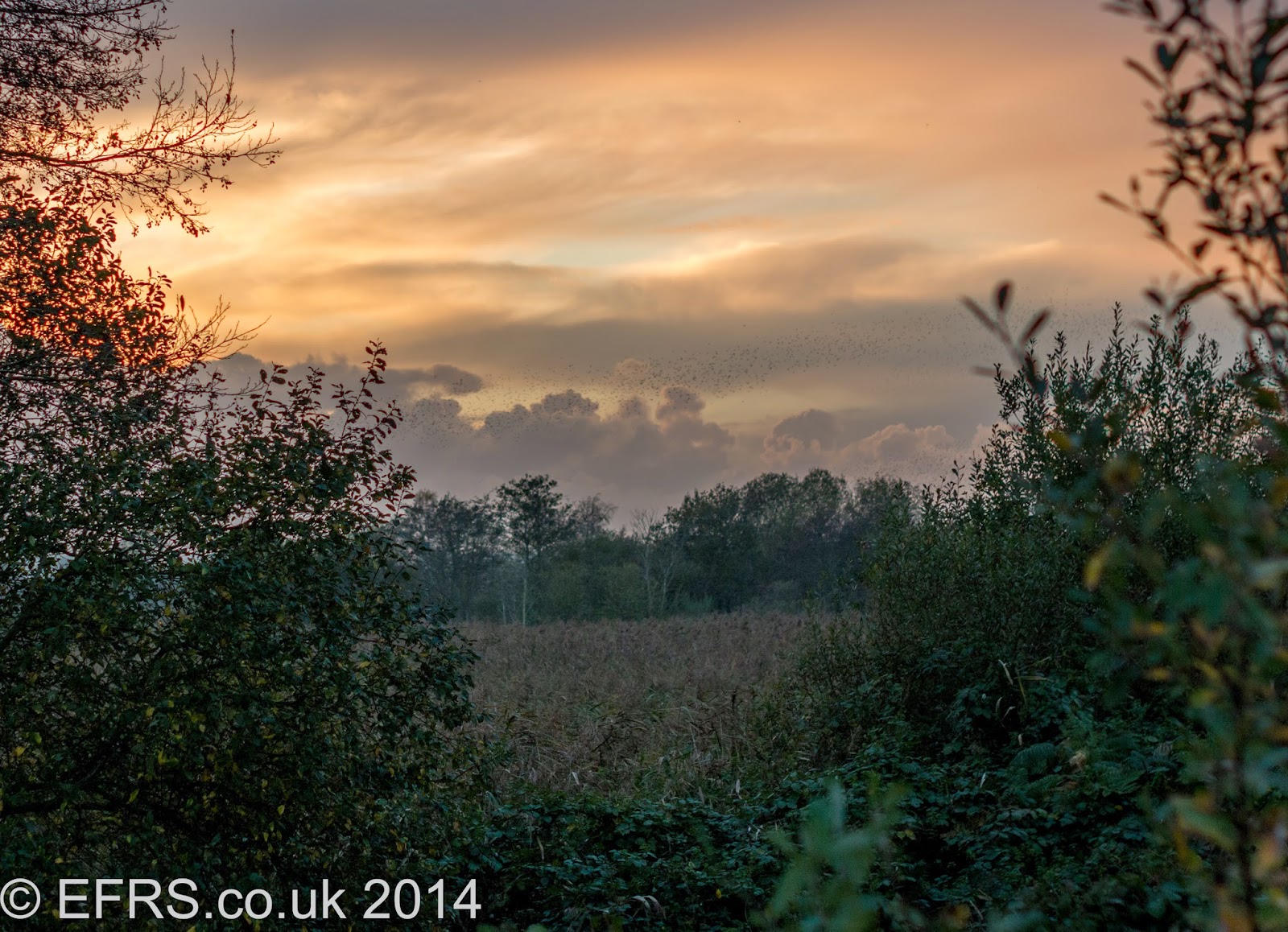 Like so many days that the EFRS have particularly at Ham Wall it starts out with little but when you look back there was plenty to be pleased about and never leave disappointed. It was fun using a 50mm instead of a 400mm particularly with manual focusing. Im a fan.