On a wing and a prayer


I hated going to church on a Sunday.  My mum would often drag me along.  The long sermons and monotonous hymns would bore me rigid.  I reckon I stopped going, circa 1991.  I was 10.  At that point my head was filled with dinosaurs and Sonic the Hedgehog.  The church didn’t offer either of those (there wasn’t even a mention of hedgehogs in Noah’s ark).

Now 23 years later I am going to church on a Sunday.  Not for prayer but for a Peregrine.
Strolling along the rather posh, tree lined streets of Bath I wondered how easy it would be too see an urban Peregrine.  Would they be as elusive and difficult as my rural ones?

I found the church without a problem.  Craning my neck upwards I could see a nesting ledge.  But no Peregrine.  I had a wander around the edge of the church just in case I missed anything.
A pair of far eastern ladies emerged and one of them eyed me up from behind her pink glasses.
“You are in the wrong place to take a good photo of the church” she said.  The stereotype of Japanese people carrying cameras immediately sprang to mind.

I smiled knowingly and pointed to the nest ledge near the spire.  I very politely spoke about wanting to photograph Peregrine falcons rather than church spires (not that there is anything wrong with church spires).
She smiled and pretended to look interested before clambering into the car with her friend.
10 minutes had passed.  It was starting to feel like one of those sermons form 1991.  Even the church cat had fallen asleep... 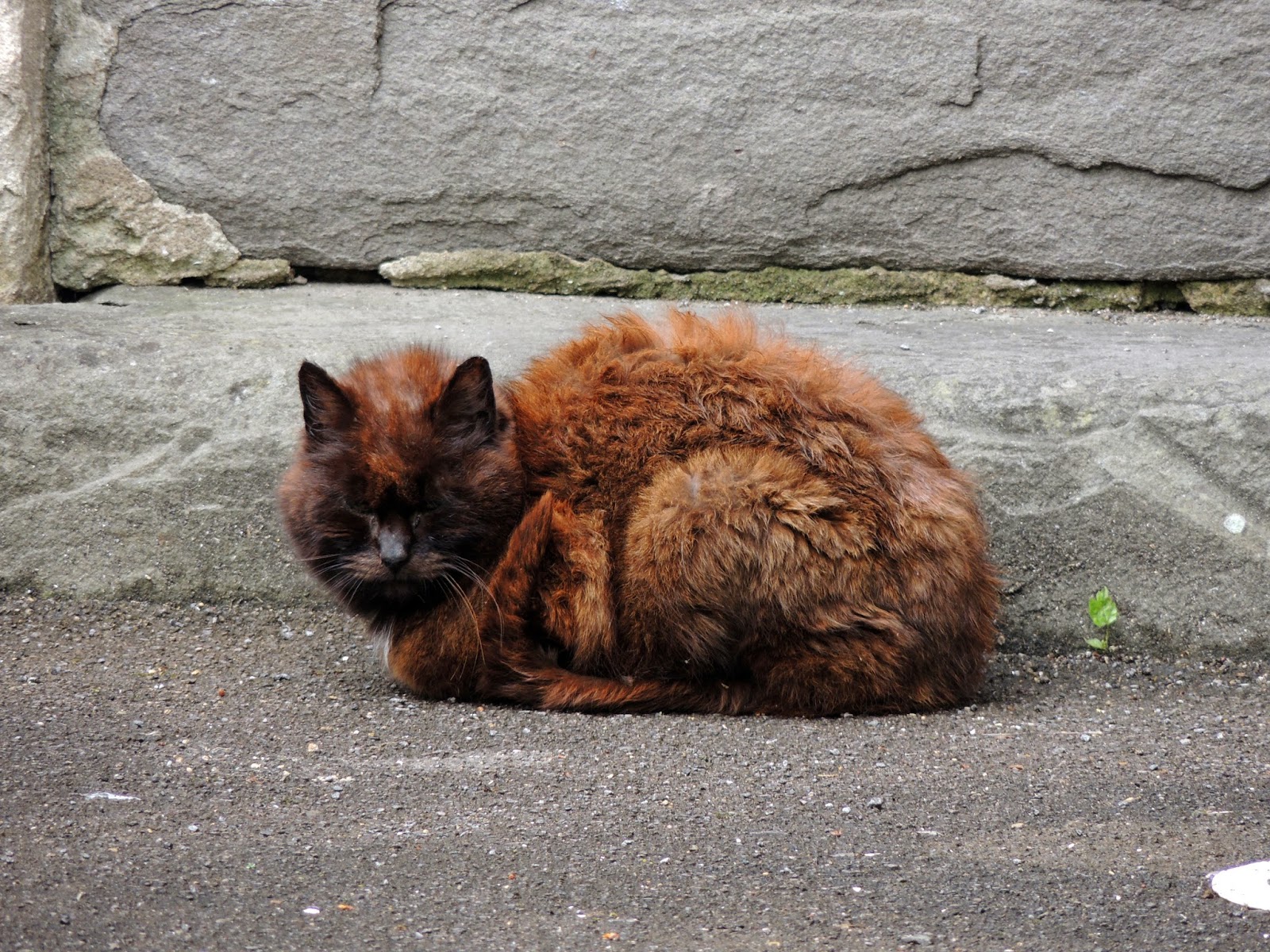 Then I caught a glimpse of my quarry.  Fleeting and fast (no surprise there).  Within moments it had vanished... It wasn’t going well.  A photo opportunity seemed remote.  I waited on.  My head still pointed firmly on the spires.  People walked passed and politely ignored my obviously bizarre behaviour.
My stomach was growling, so like a hunting Peregrine I swept into KFC for my own spot of avian dinner.  I am glad I didn’t eat in...

Plonking myself down on a bench which faced the river rather than the spire (how inconsiderate) I awkwardly ate my burger, whilst twisting round to check if there was any movement from above.

Pigeons were everywhere as were herring gulls.  Both of these can do very good Peregrine impressions and fooled me a few times.  Then the real deal swooped over head.  My greasy hands gripped the camera.  The male Peregrine flew straight onto the ledge and out of sight...

I kept looking.  Confident he would amble out and give me a good view.  He didn’t amble and he didn’t give me a good view.  About 5 minutes later he shot out like a bullet.  Gone.
Slurping the last bits of coke and scratching for the last chips in the bottom of the bag I looked on forlornly.  It wasn’t going to happen today...

Then in a flash, adrenaline filled moment.  The Peregrine tore through the sky with something in its talons.  It landed on the spire and started its Sunday lunch.  There were feathers and entrails everywhere.  Fantastic! 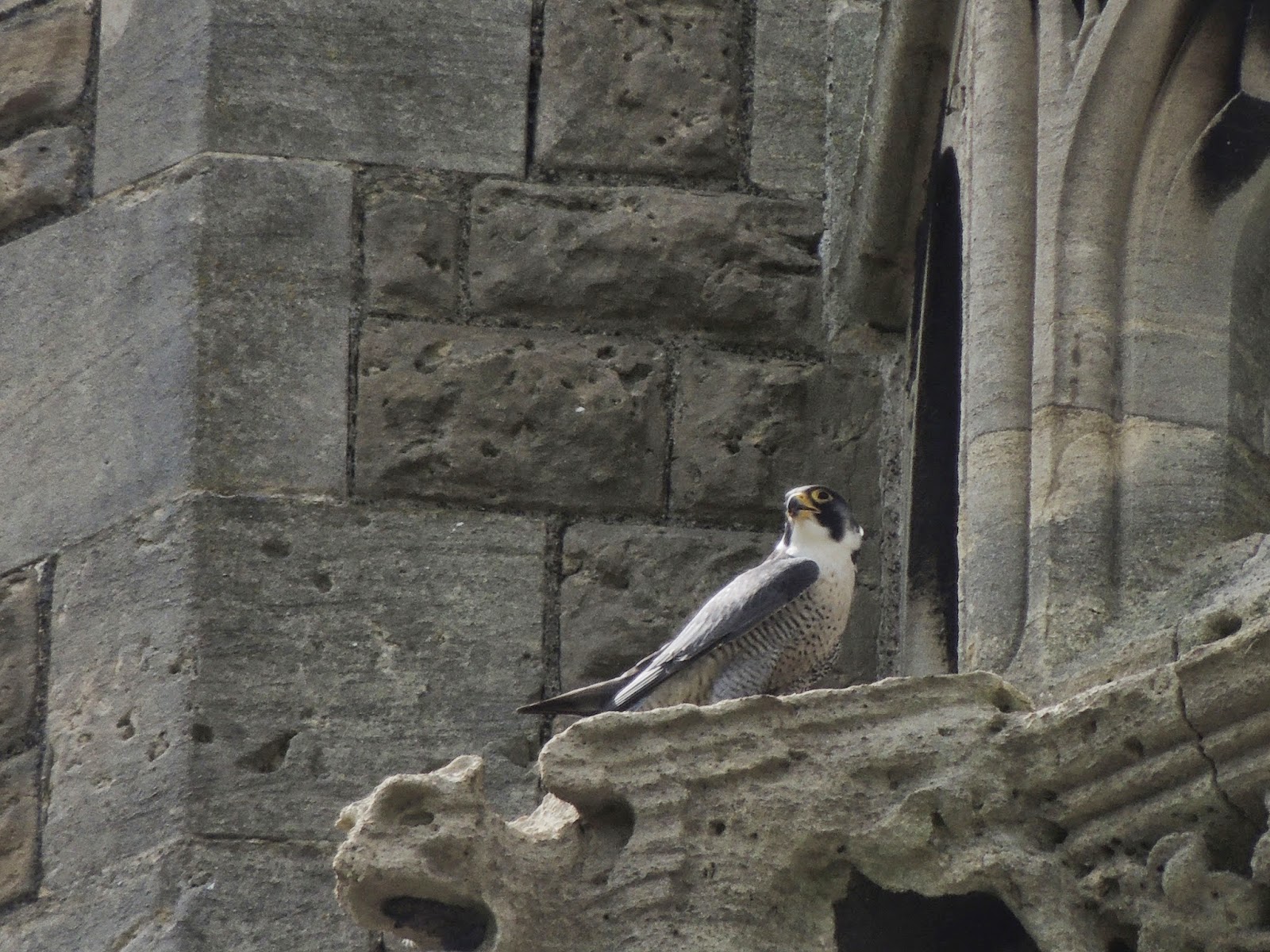 Just before tucking in...