My Favourites are back! There is nothing more beautiful than that perfect black silhouette in a perfect blue sky. I love Swifts. They are the perfect bird. Sleek and elegant. So quintessentially Vaughan Williams English yet at the same time so foreign. They take me back to Laurie Lee days of hot and dusty Spanish Castille towns. That dry screech, the silent swoop. There is nothing like it. Tier upon tier as you crane your neck in dizzy, confusing searches. One look away and your eyes have to wait until they declare themselves again like summers day phantoms. Wonderful stuff.

The ones we see here are the lucky ones. The ones that made it through the hale of shot from the continent! 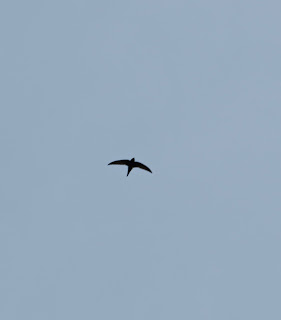 My vain attempt at photographing a Swift over Ham Wall

As I rose the crest up to the old railway bridge at Aqueduct Crossing I was greeted with the sight of a Hobby being harassed by a group of House Martins. I swear they where doing to the Hobby what Crows do to Buzzards. They drove it off anyway. A good start. All day I was watching up to a dozen Hobbies at once. A week or so ago it was ring the church bells a Hobby. Now they are here and as I said in a previous post, its as if they always were. 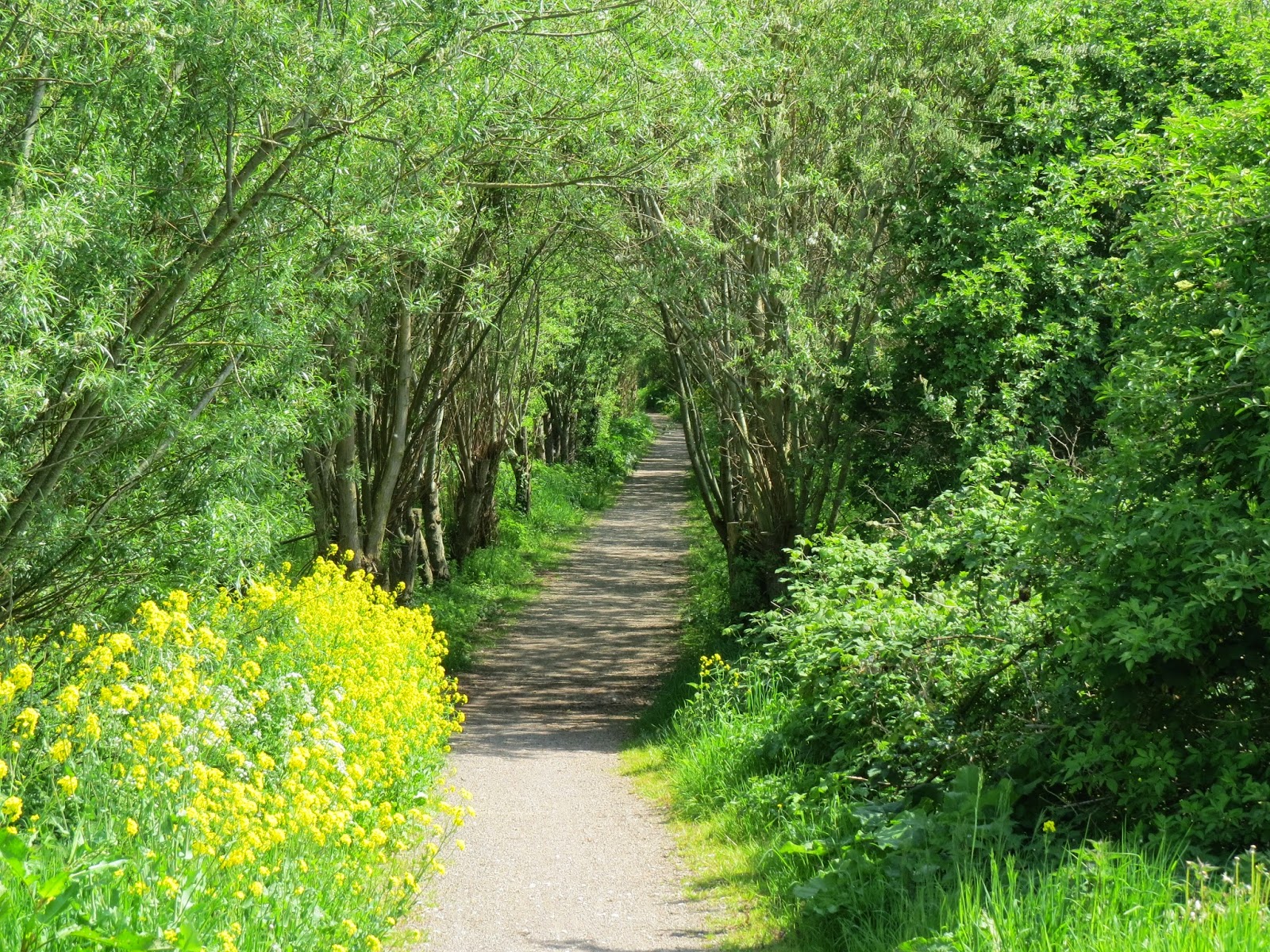 The Enchanted Path leading up to Aqueduct Crossing Bridge 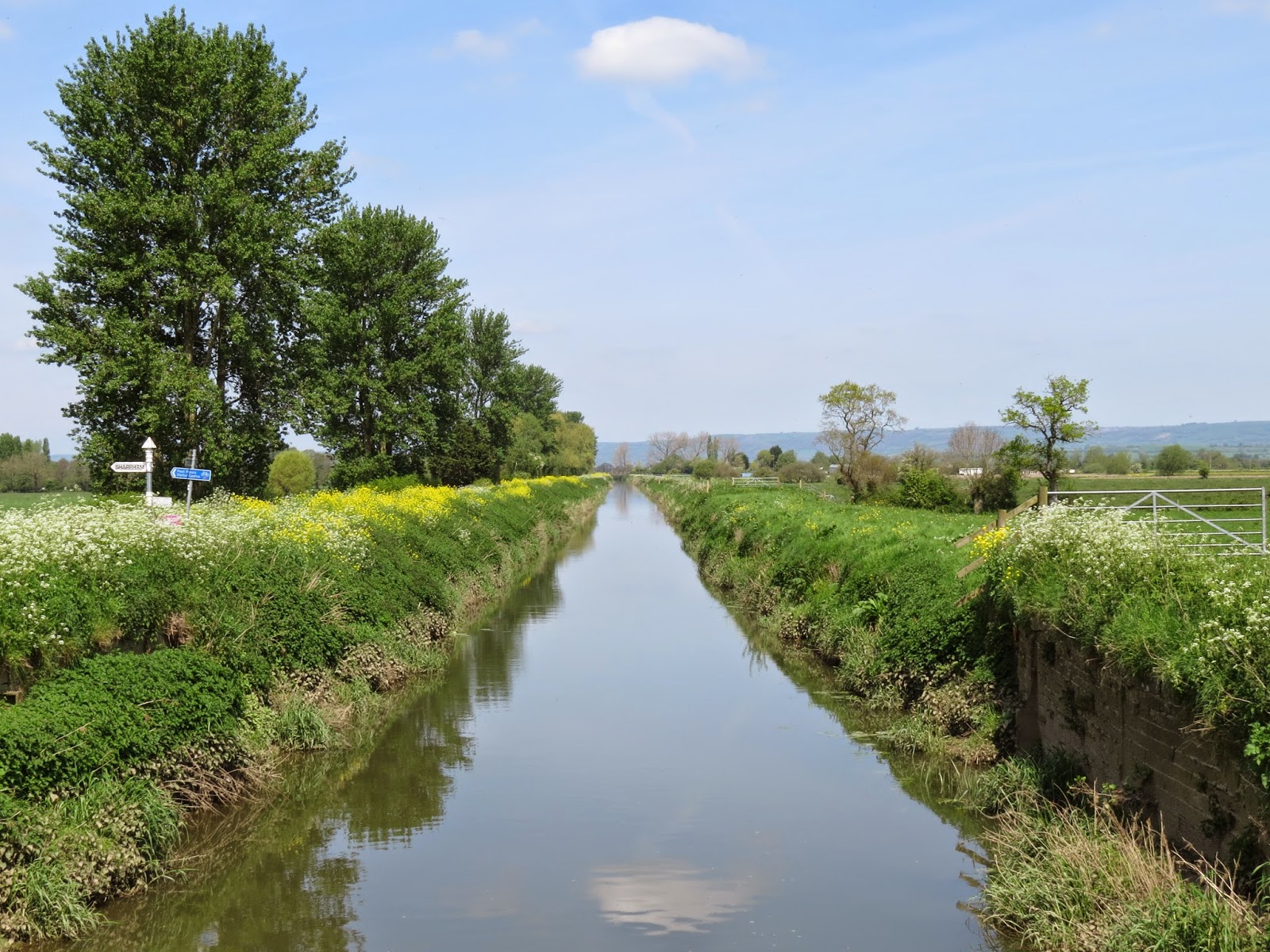 View from the Aqueduct Bridge 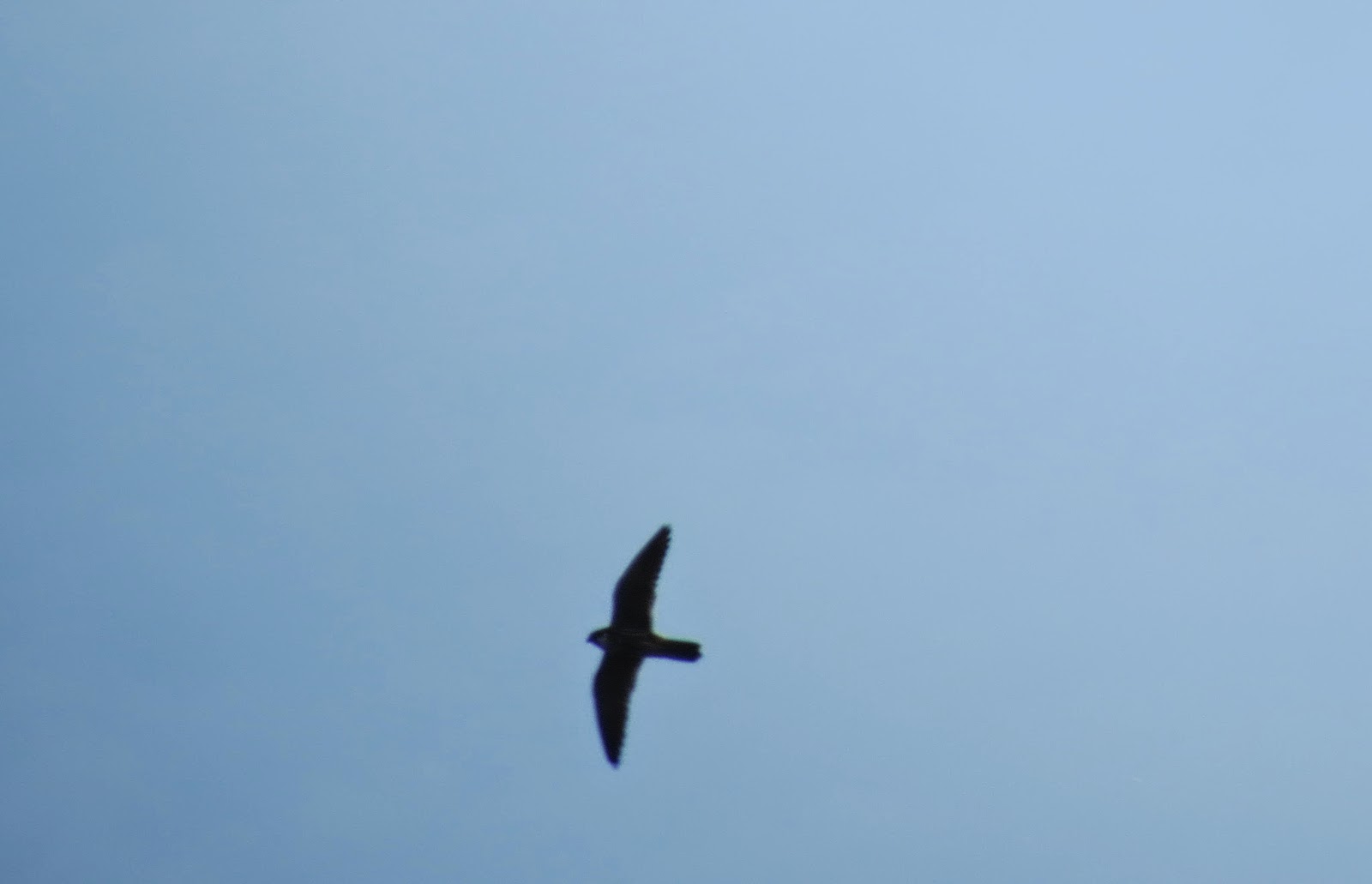 Not the best shot but its a Hobby. One of about two dozen I saw

A quick trip to the Reed Hide (I don't know if its called that but seems appropriate due to its location) revealed a family of Canada Geese just back from a swim. The young ones where still drying themselves off when I arrived and the parents where keeping watch. They then snuggled under mothers wing for an afternoon nap. Sweet.

The magnificent Male Marsh Harrier was patrolling 70 Acres as usual and three others where dancing in the sky close by. Couldn't get a good shot of them but this shows the effect. 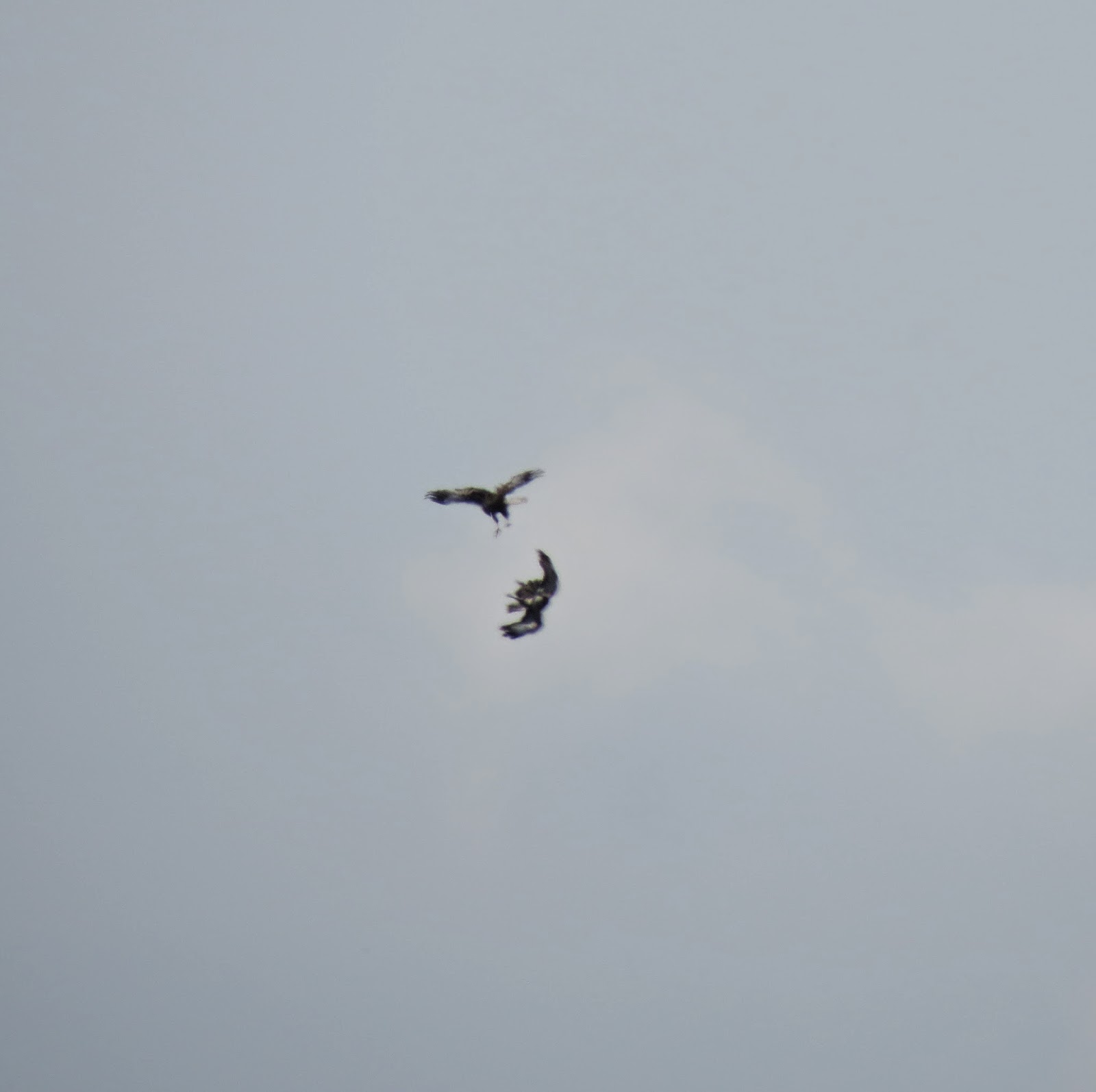 Through Ham Wall and Shapwick, avoiding a vole running across my path, I took the road to our new route up to the Hawk and Owl Trust reserve. It was very peaceful for lunch. Nothing as yet to see since most of the raptors are sitting on eggs for now. We did see four Whimbrels earlier in the week. 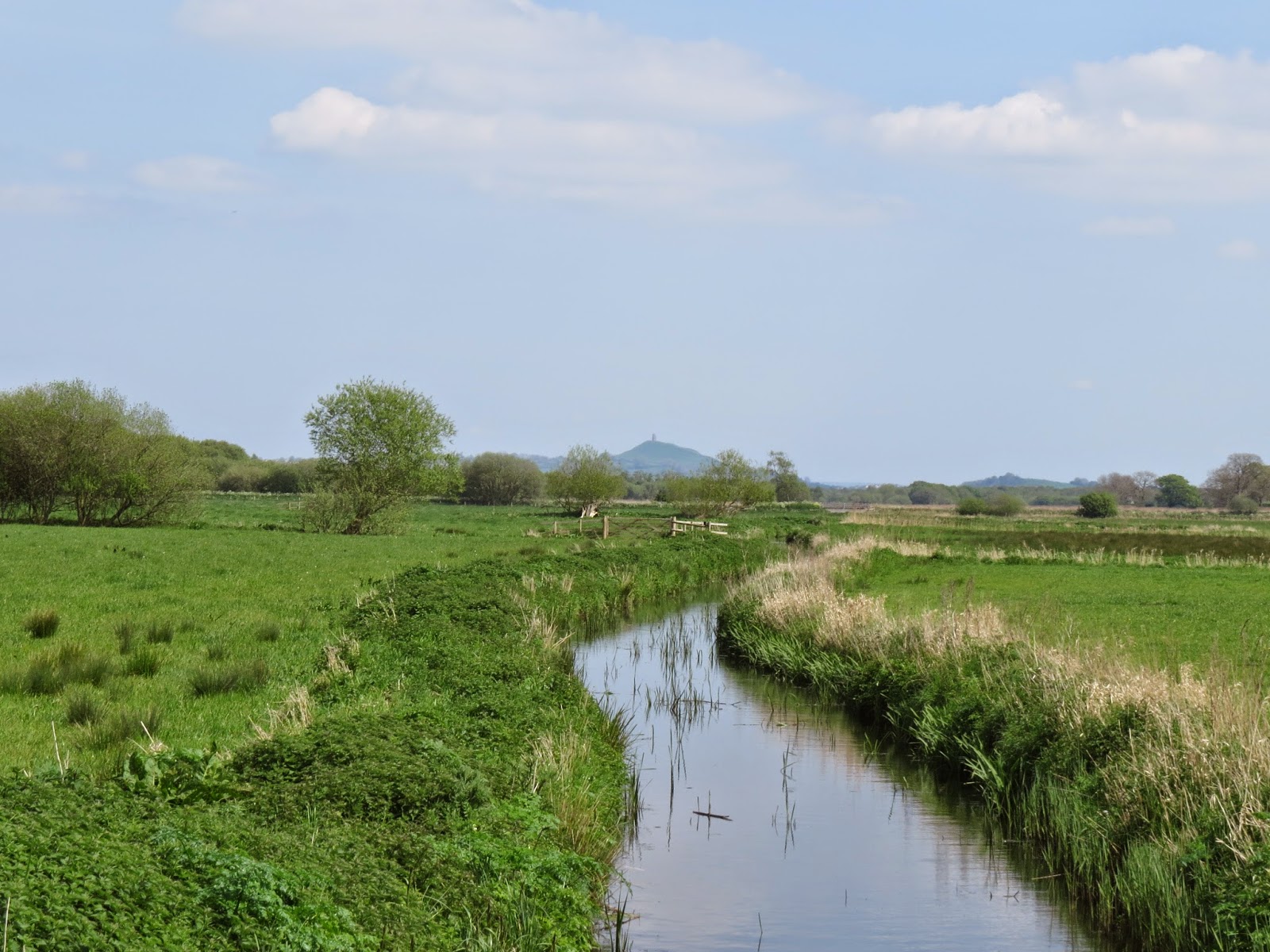 View to the Tor from The H&O Reserve

The day was finished with not a breath of wind at Viewing point 2 of Ham Wall in glorious sunshine listening to the booms of Bitterns and frustrating Cuckoos in the distance. Two of the most elusive birds. I did see 3 bitterns and two Woodpeckers though. So not to bad.