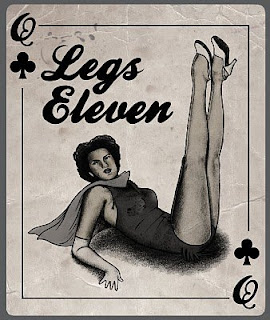 A gentle breeze, a bit of sun and a couple of hours spare.  Fantastic!


I headed off to Shapwick.  I have been going to Ham Wall quite a bit and felt that its other, more mature cousin needed a quick visit.


It was really quiet at the reserve, which is unusual these days.  Only a few cyclists and bird watchers about.  Good stuff.
I say it was really quiet.  This helicopter was clearly looking for something, hovering at various points and was really low.  It stayed around for a good 20 minutes.  Perhaps they were hunting for individuals who had committed crimes against blogging.  I just kept my head down and hid behind some reeds… 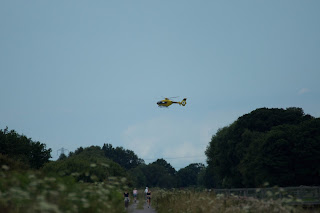 Would have been a great way to see a Little Bittern…

As I approached the scrape the sounds of chopper blades slowly disappeared, leaving me with the sounds of nature (not that it sounded that great, mainly Egrets shrieking at each other and Greylags honking crazily).


But then I heard a sound which was much more interesting.  A metallic pinging call… Bearded Reedling!


I have never had much luck with these.  Having only ever seen two I was keen to try and get a third.  I loitered on the track a bit (trying not to look guilty in case the heli came back) .  It worked, sort of.  I managed to catch a glimpse of him hopping along the reeds but it was fleeting and I had no chance of a picture.


Still I was pleased to see one.


At the scrape itself it was business as usual really.  There were good numbers of Black Tailed Godwits 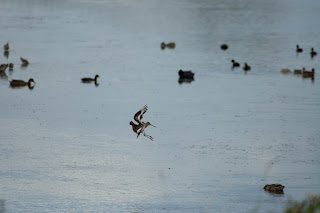 And Lapwings.  A few Little and Large egrets at the back and a Sandpiper (probably not a Curlew one) flew overhead.


There isn’t a lot of water in there at the moment, but it looks nice and muddy.  I’m sure something good will turn up there shortly.


I carried on to the bench on the corner, next to the bridge.  What a lovely suntrap.  I sat and enjoyed the sun.  There were insects of all descriptions humming, buzzing and crawling about.  Sadly I didn’t have a macro lens. I was hoping a reedling might appear but I got this instead. 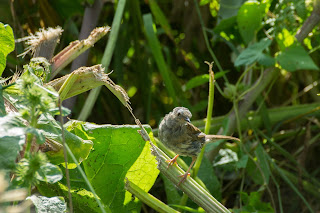 
Feeling the sun slowly cooking my lily white skin I decided to head over to the Meare heath hide.  There wasn’t much happening, although a Tawny owl was calling from the wood.


I did however notice this slightly creepy scene.  Full of Harvest spiders. 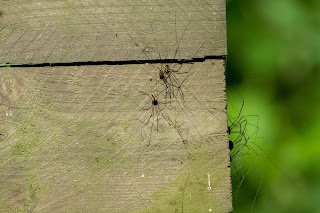 There were legs eleven all right… and the rest.


I walked back passed the scrape and noticed a large flock of gulls, flying slowly and snapping at thin air


Either they had lost their marbles or they were trying to eat something. 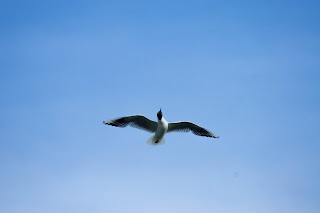 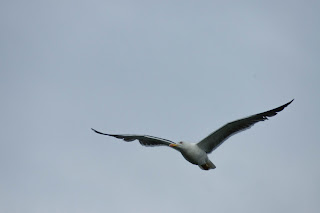 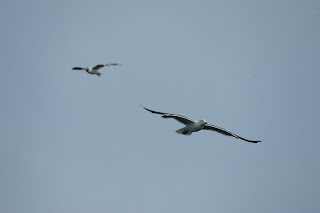 I really enjoyed watching them, although I think the passing public were slightly bemused by my fascination.


After a while it dawned on me that there were loads of ants taking off from the track.  I suspect the gulls were snacking on them.

The rare and elusive Gormless Otter.  No Otter on the planet looks like this. 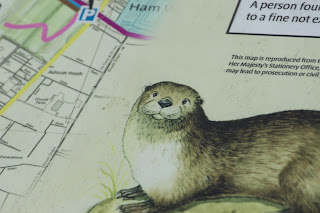