I was singing like Tina on the way home yesterday.  What a day it was! Let me regale you with tails of Owls, Hawks and Ospreys...
First stop was Cinnamon lane.  A truly lovely part of the world, nestled at the foot of the Tor. The sun was out and I was on my bike.  I was looking for Little Owls.  I have never actually found one here before.  But my luck was in. I took my time cycling along the winding country road.  It paid off with this very handsome deer feeding in the field. 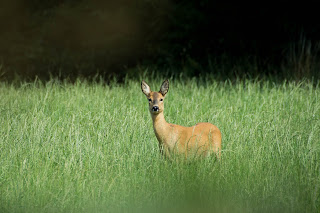 I REALLY tried to get the Tor in the background but it was too difficult.  Just imagine its there.
From above a deep croak echoed through the air. 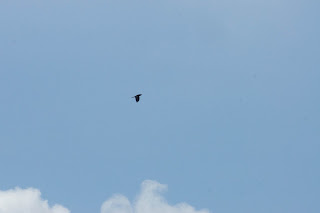 I stopped for a bit and munched my sarnies, enjoying the warmth and the great view over the moor. 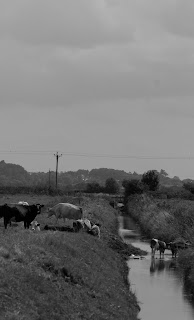 I was nearly at the end of the lane.  It was time to try a bit harder and actually look for these Little Owls.  Pulling up next to a picturesque orchard I whipped out my binoculars for a quick scan...

I didn't need to.  My glass was filled with a pair of sharp yellow eyes looking straight at me.  No scanning, panning or even focusing required!!! Absolutely unbelievable.  What are the chances of finding a Little Owl in an orchard without even looking left or right, up or down?  I don't know the stats but I bet its pretty damn slim! 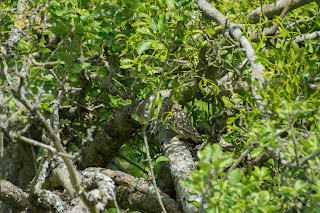 I felt like kissing him under the mistletoe.  Bloody fantastic! But things were going to get better still!

Hurriedly I gave Andrew a text.  He hast seen a Little Owl before and I knew he would be hugely jealous :-) Unfortunately, nature decided to perform an act of karma (not to be confused with karma sutra).  The owl decided to fly RIGHT OVER MY HEAD.  It would have been a fantastic pic.  Sadly I was busily texting... Slightly frustrated at what might have been I decided to pedal back along the lane.  My frustration eased off a bit as I considered the fact that I have only ever seen 3 Little Owls (including this one).  Then something really good happened... HOOT, HOOT.  There was another one in an old apple tree! I stopped and looked, hard.  I couldn't bloody see it.  No doubt it was hidden deep in the tree.  It was, but it rather kindly decided to walk out into plain view.  That doesn't happen... ever! 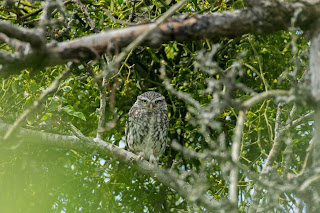 Thanks for walking out onto this branch :-)

This fella was very alert and was bobbing about all over the place.  I settled in for a bit and simply watched (and ate a nice ham sandwich, which I had missed first time round). Again, I was caught unawares.  A dark angular shape swept above me.  I bet know one has taken a picture of a Hobby with half a ham sandwich hanging out of there mouth whilst looking at a Little Owl. 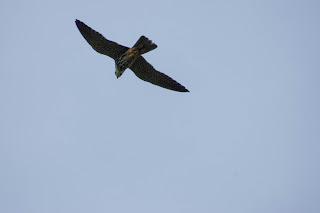 I thought it was a Peregrine at the time.  But its got orange trousers (like Shaggy from Scooby Doo) 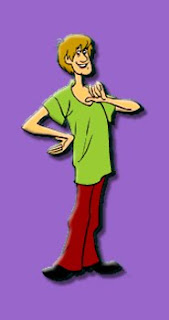 It wasn't done yet though.  It spun 180 degrees and dived down in front of the owl and over a hedge.  Superb! 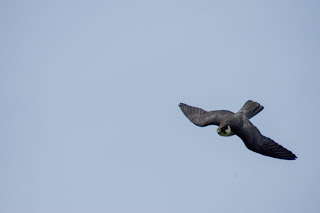 I had barely recovered from all this when I heard a group of very angry song birds overhead. 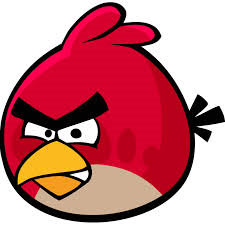 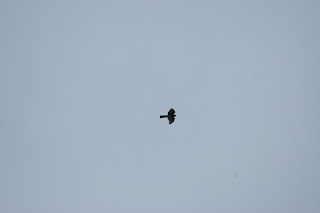 Sparrowhawk joining in the fun (sadly not very close)

At this point was was buzzing.  But in a bit of a quandary.  Should I stay or should I go? (there is a song by the same name, but Ive already done loads of stupid stuff on this blog psot, so I'll leave it out) In the end I though I would head over to Tealham, via Ham Wall, Shapwick.  On the way I did see a Kestrel doing a spot of hover hunting.  Through Ham Wall, I didn't stop as I had done it to death already.  I did notice a high flying gull that looked quite big but didn't think anything of it.. I did stop briefly at the scrape.  Plenty of small, brown waders and some white ones to. I sat on the bench at the corner of Noahs for a moment and updated Andrew.  He text back and said that I might see a Marsh harrier.  But I got something better. 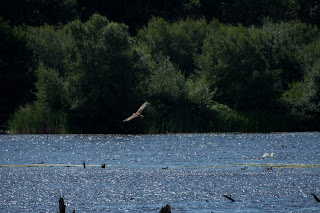 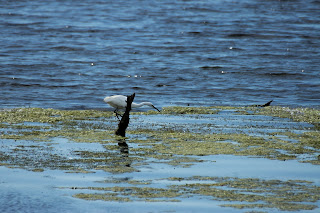 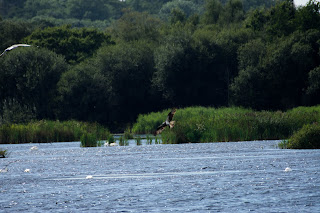 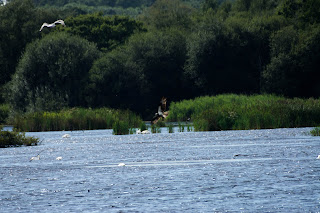 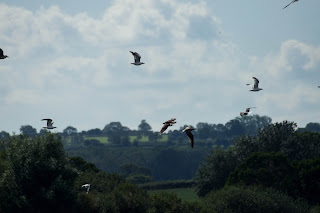 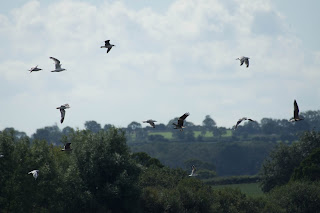 It was an unbelievable finish to the day!

In fact it was simply the best...