What do you mink?

The weather forecast said that there would be a brief dry period this morning.  So i grabbed the bull by the horns and got out to do some birding EFRS style! Well, kind of.  It wasn't really a fully fledged (sorry!) outing.  For a start it was just me (James).  Andrew has got a little less hard core of late.  I think our outing to Slimbridge a while ago has softened him up a bit.  He will only visit heated hides now and expects flushing loos and vending machines on site.  Secondly, I didn't cycle and used the car instead which just isn't as good if I'm honest.  But I was still determined to make the most of it.

Down at Catcott the weather was perfect.  Really calm and still.  Even my cheap, tripod didnt wobble like a drunken OAP today! Allowing me some good views of my favourite duck the Pintail.  Sadly they didn't want to come close enough for a decent picture.

Still, plenty of Widgeon and Teal.  All of which seemed more active than normal (most of the time ducks are asleep). 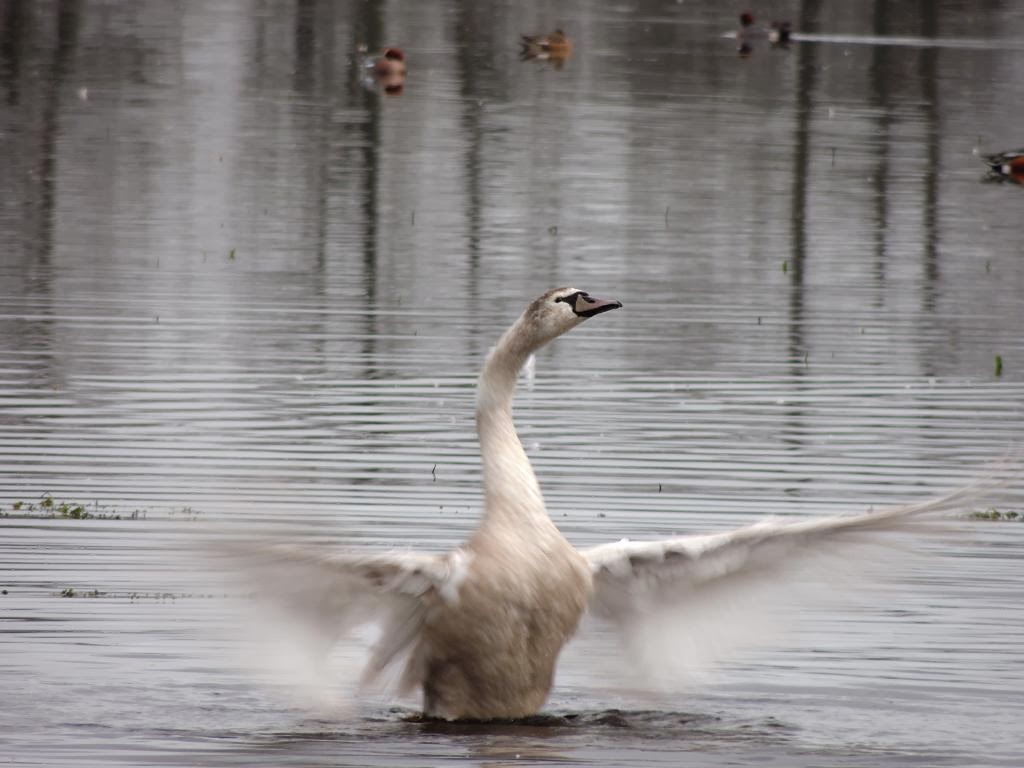 I had been wanting to get an action shot of a swan for a while.  I just never get the camera out at the right time.  However this came to an end today with a juvenile swan posing very nicely for the camera. 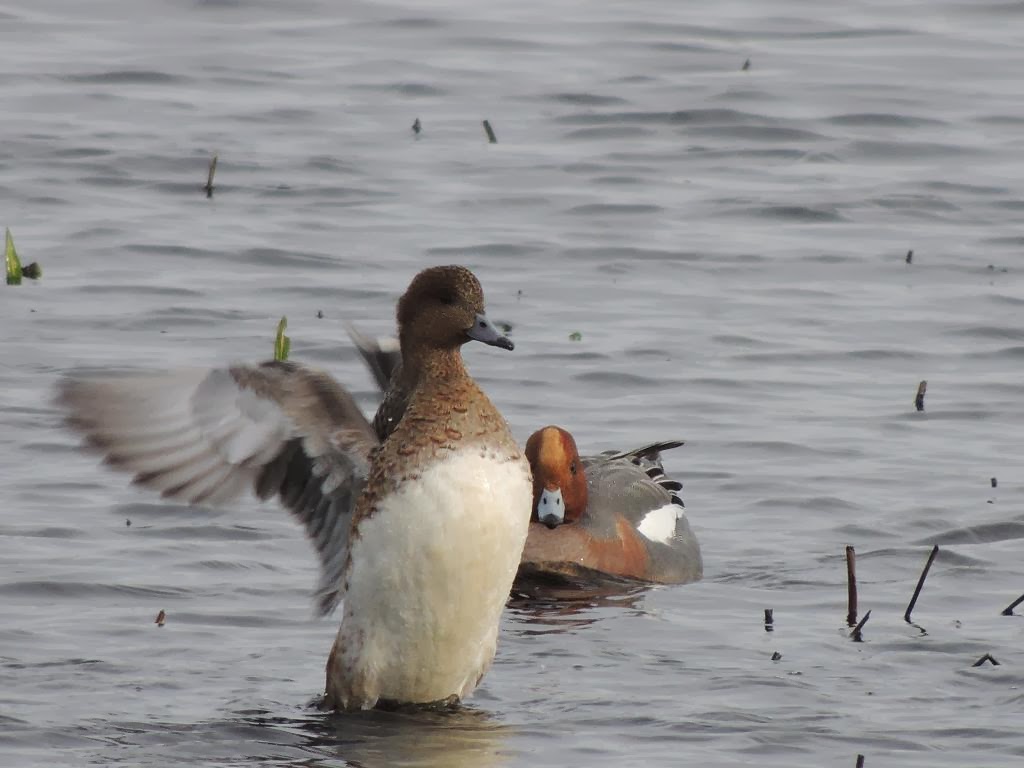 Plenty of Lapwing about making a din and generally being uptight.  Even more so when a female Marsh harrier put in an appearance.  She flew reasonably close and i managed a few shots 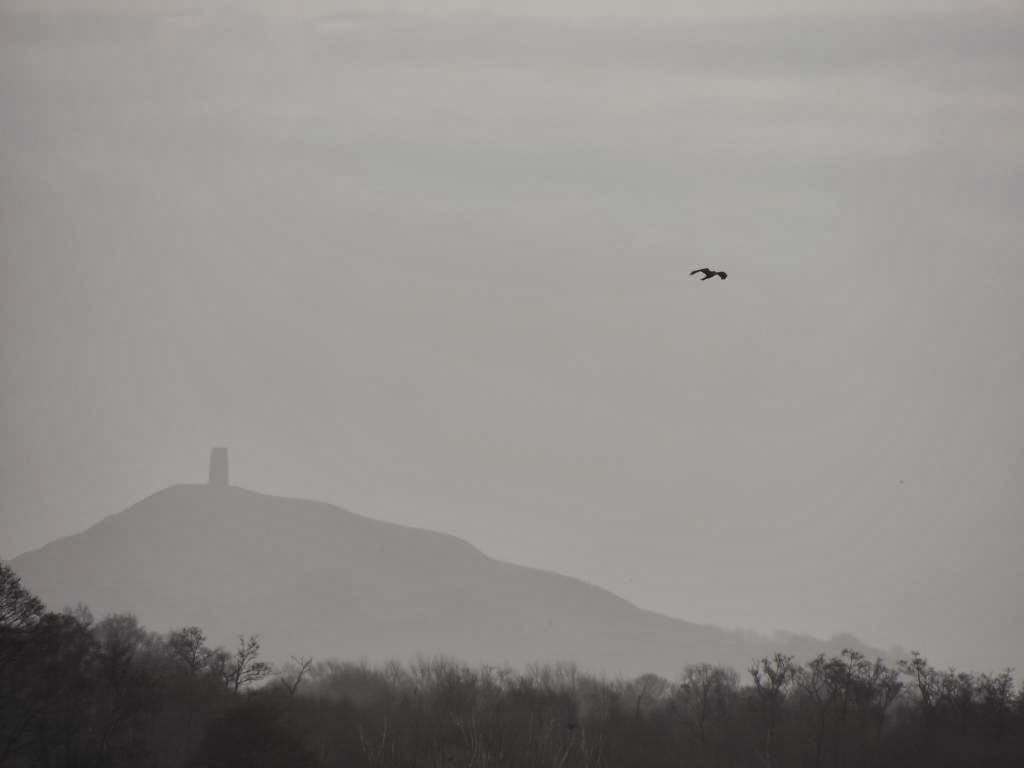 Then it was off back home.  I thought I would head through Westhay and I;m glad I did.  Stopping just after the reserve entrance, after annoying a man in a posh land rover (as I wasn't driving at 60 mph).  I quickly scanned through the Mute swans and to my surprise I found a Whooper.  He ambled closer and closer and posed nicely for the camera, bonus! 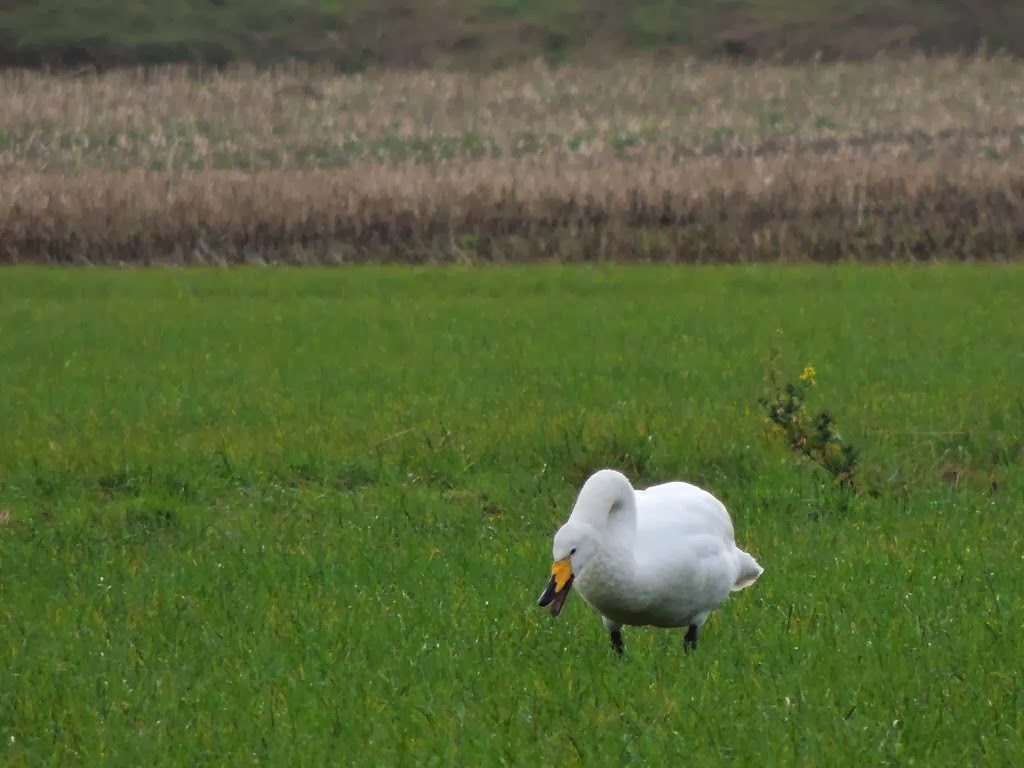 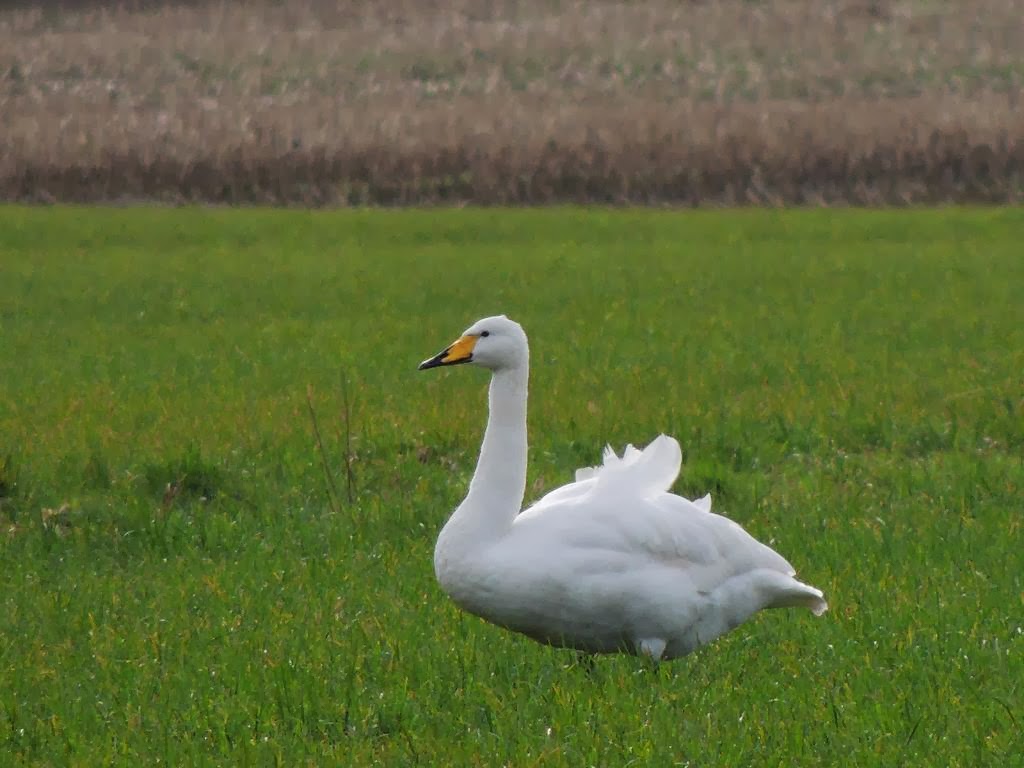 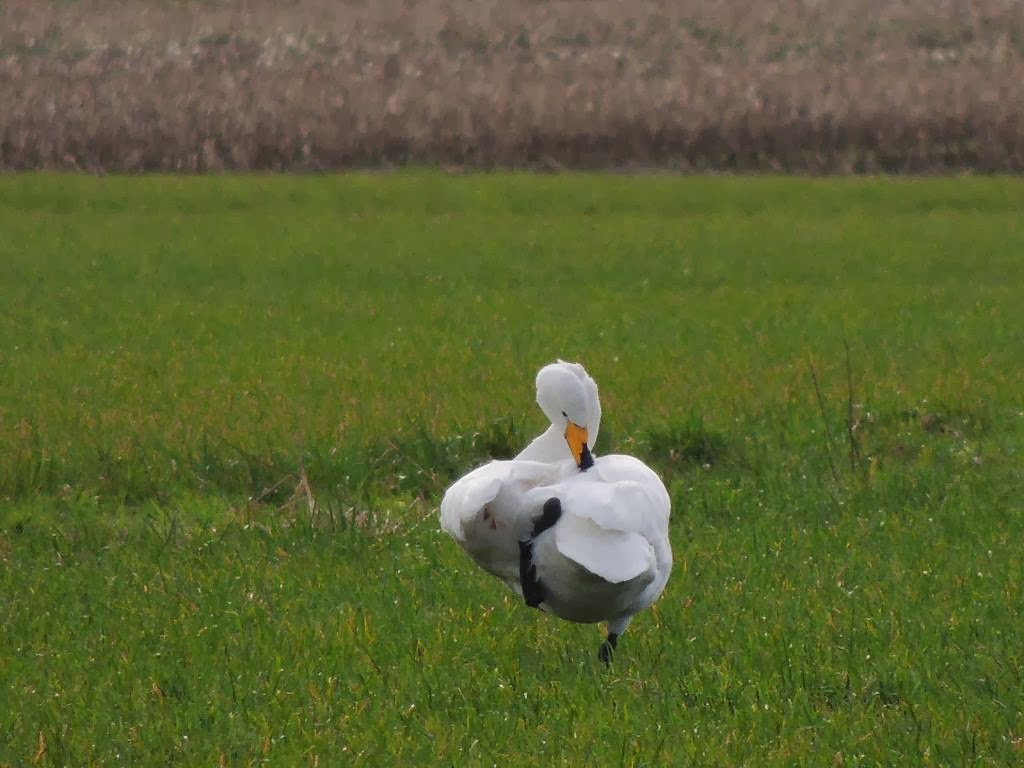 Feeling rather smug I drove on... Then i caught a glimpse of something furry jumping into a nearby ditch.  I couldnt pull up right away as there were cars behind.  I carried on for a few meters and pulled over.  Carefully getting out of the car I peered into the ditch.  SPLOSH.  A furry body vanished under the shallow water.  I caught it glimpse as it glided up the ditch, hurriedly I followed the trail of bubbles and disturbed water.  Unfortunately the critter went into a tangle of roots and trees.  Was it a mink or... an otter?  I honestly don't know.  It was very dark which would be more in keeping with a mink and it seemed a little small for an otter and it was daylight (I am told otters are largely nocturnal).  Either way if I had stayed in the car I may well have got a better look.  Grrrrr.

Still I was rewarded with a Buzzard doing weird things on a tree. A quick flight to the Lowlands

I was on a business trip the last two days and while being whisked around the Maastricht area I took the opportunity to spy on the local bird life. The predominant sights where of Greylag Geese on the wetlands along with Coots. No Raptors at all which was disappointing. However the big sightings where one Great White Egret, one Little Egret and a small (6) flock of Egyptian Geese. Lovely, lovely country. Must organise a return trip with all expenses paid ;¬)

On a previous trip to Spain, just south of Toledo there where literally hundreds of Common Cranes flying around trumpeting. Nice sight indeed. Here's to that being common in this country!
at 09:32 No comments:

GOOGLE HAS BROUGHT YOU TO A VERY OLD POST. CLICK HERE TO BE TAKEN TO THE LATEST ENTRIES. SORRY FOR ANY INCONVENIENCE. ITS GOOGLES FAULT NOT OURS! OTHERWISE JUST CARRY ON READING.

What a filthy drab day out today but we did have a full compliment and this time due to weather and time restrictions we where mechanised. With Grey Lake under water and not being in the mood to walk all over Shapwick or Ham Wall we plumped for a 'cruising for birds' tactic. Which involves kerb hedge crawling along the lanes of the Somerset Levels with camera and binoculars at the ready. We did stop off at Catcott but little took our eye other than the obligatory Great White Egret. The ducks consisted of Widgeon, Teal and Mallards.  Plus a few smart looking Pintails. Further cruising found us at Tealham Moor where the Whooper Swans where but are no more. Amazing sight of the flooded fields either side of you as you drive along a single track. Strangely this weather always seems to bring out the Buzzards. We must have seen over a dozen. 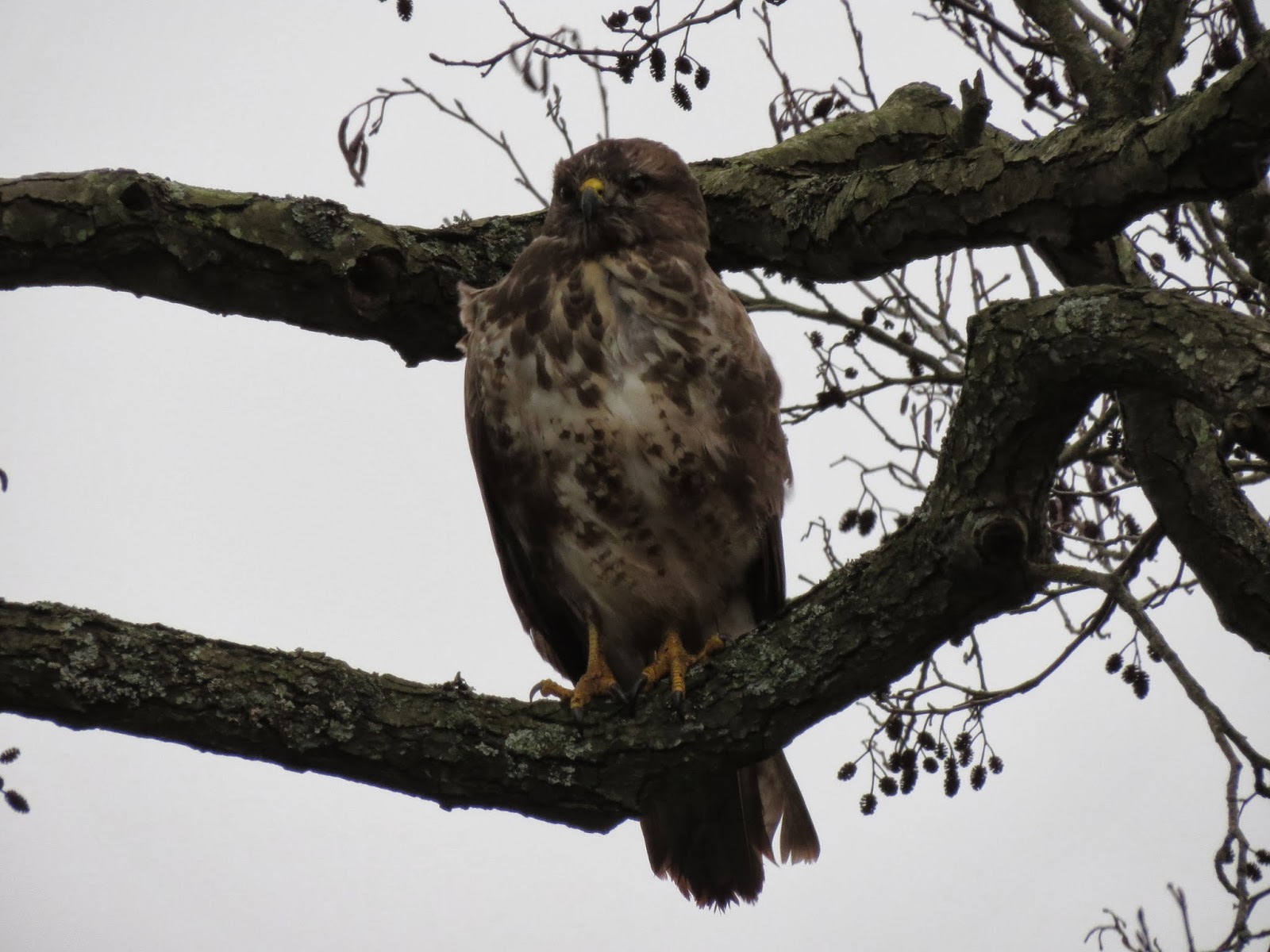 One of the many Buzzards 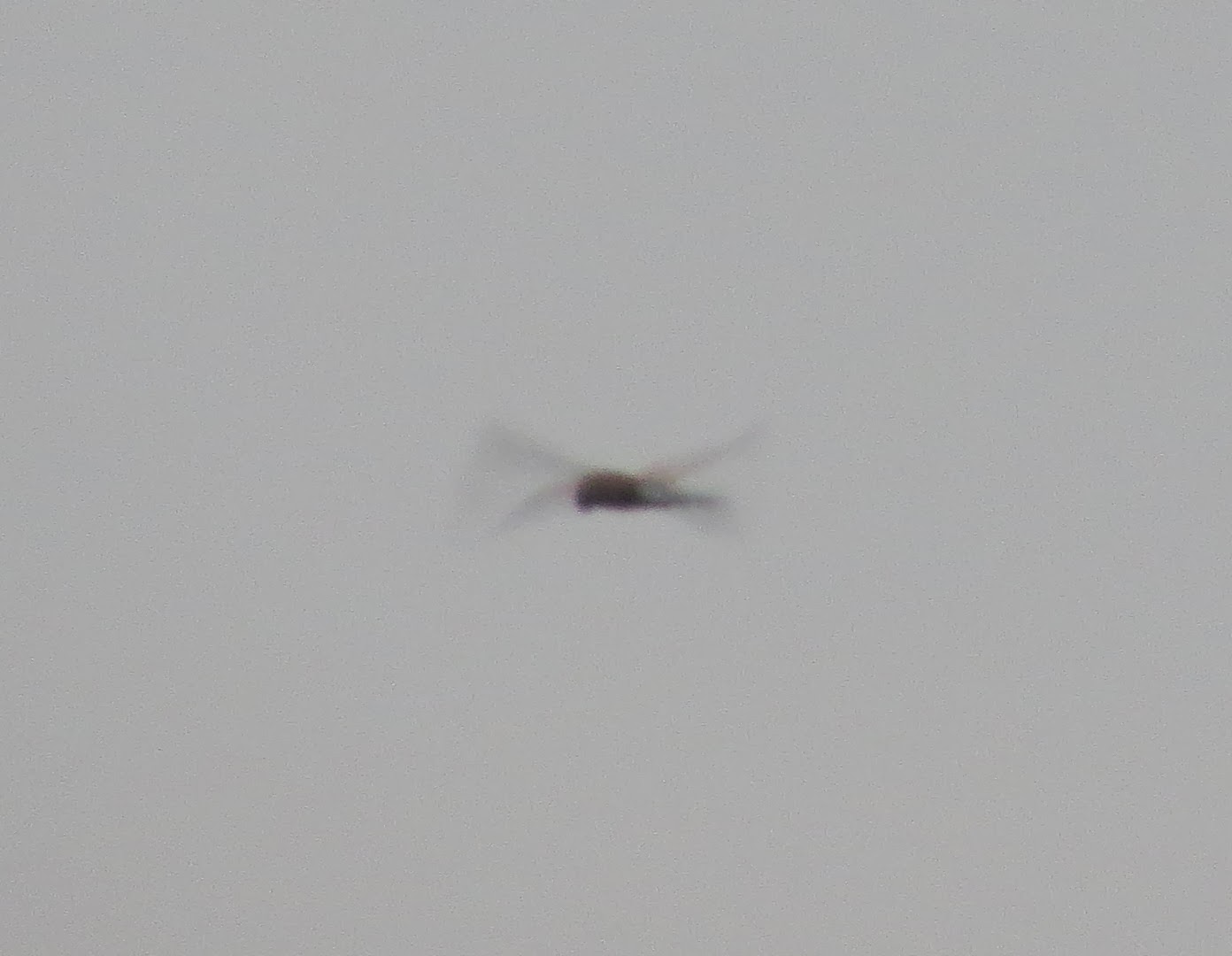 Is it a Dragonfly or is it a Kestrel??

The final stop was over to the wonderful Sheppy Inn at Godney where we usually do our debrief. A quick pint outside to see if the Otter was about but no. As we walked out though, we did catch sight of a Crow and Herring Gull.......................... 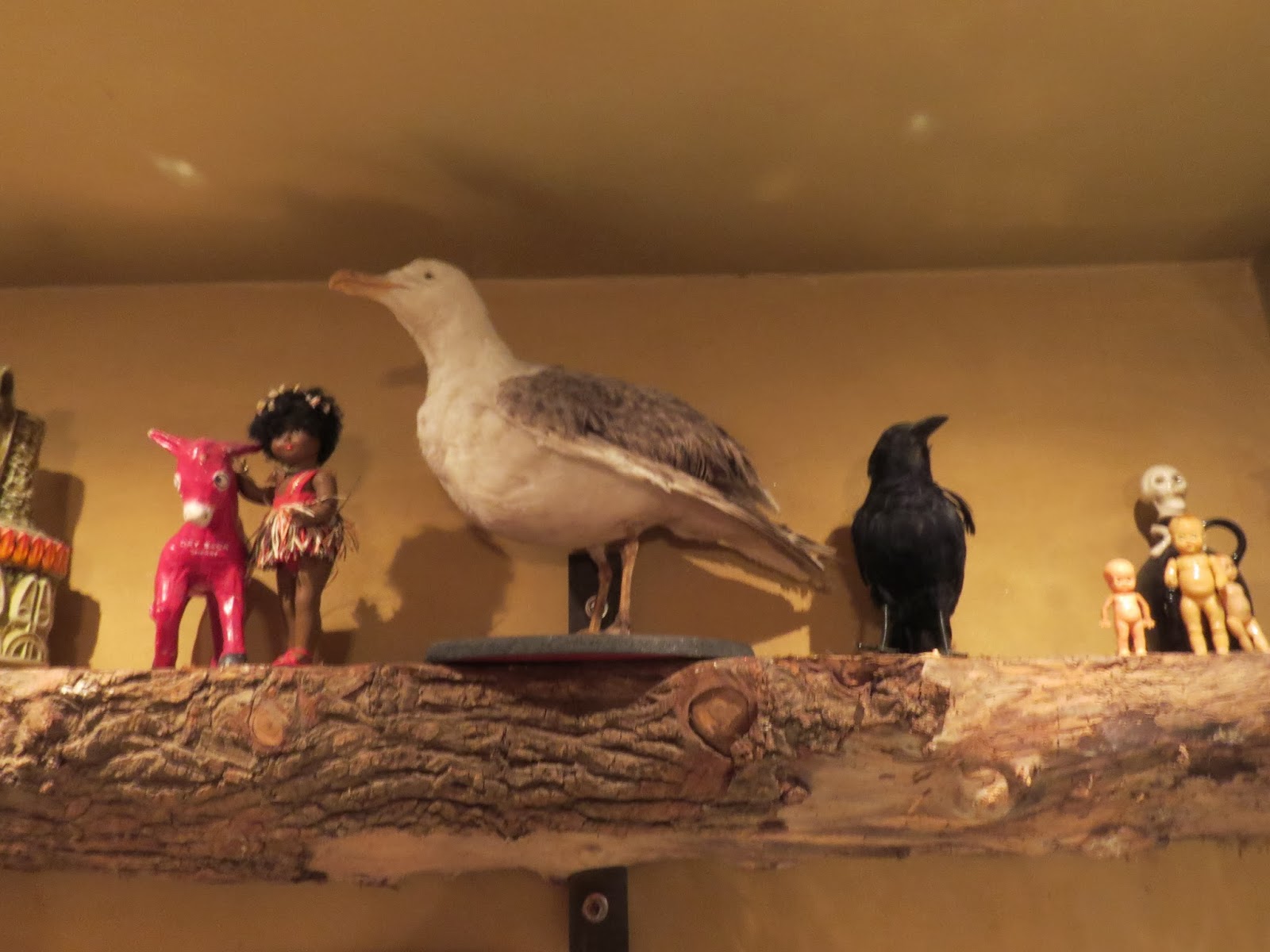 We also decided to take the high road home after encountering this............ 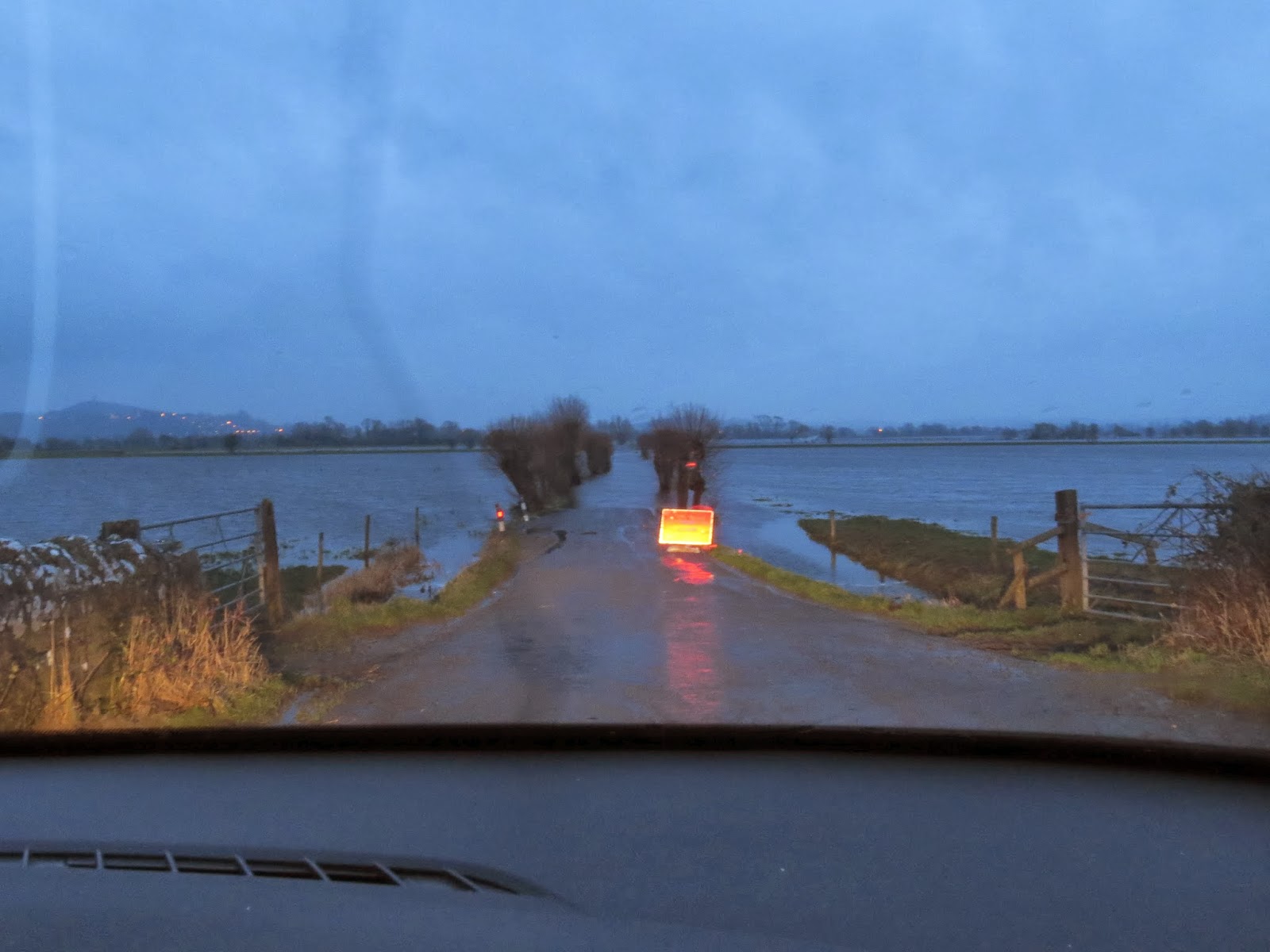 An Oblique Tree in a bleak landscape (See what I did there!)

A beautiful if quiet day at Ham Wall

Solo effort again today and a short one from feeling a bit under the weather. A beautiful January day with clear blue skies. Unfortunately the wild life seemed to have taken a break. Very little about of real interest. After a flurry of Red Wings in the Enchanted Wood I settled down at my favourite spot, Viewing point 2 at Ham Wall. A Great White Egret, a few Mute Swans, Dozen or so Teal, Tufted, Shoveller, Gadwal and Mallard Ducks. The excitement came with a Female Marsh Harrier popping up every now and then to have a look around. At one point she was harried by a Crow. The Shovellers where entertainment as they did their circular feeding dance. There was the added sight of a Kingfisher perched on a post as I left towards Glastonbury. It fluttered off before I could stop and snap it. I also took the chance to experiment with my new camera. 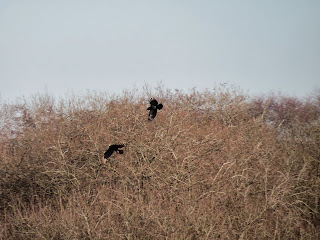 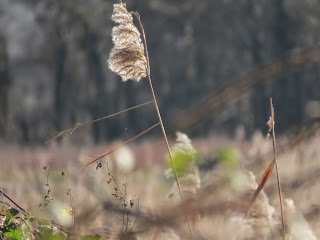 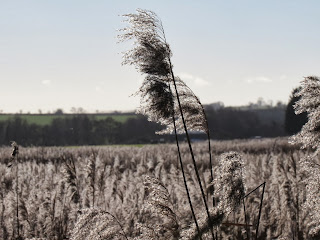 The EFRS was flying solo on Sunday.  One member of the team was busy in Cribbs Causeway whilst the other was on Tealham Moor viewing a male Merlin.  A first for the EFRS :-)

Also a fairly friendly Whooper swan.  Tealham Moor is like an inland sea at the moment - looks amazing! 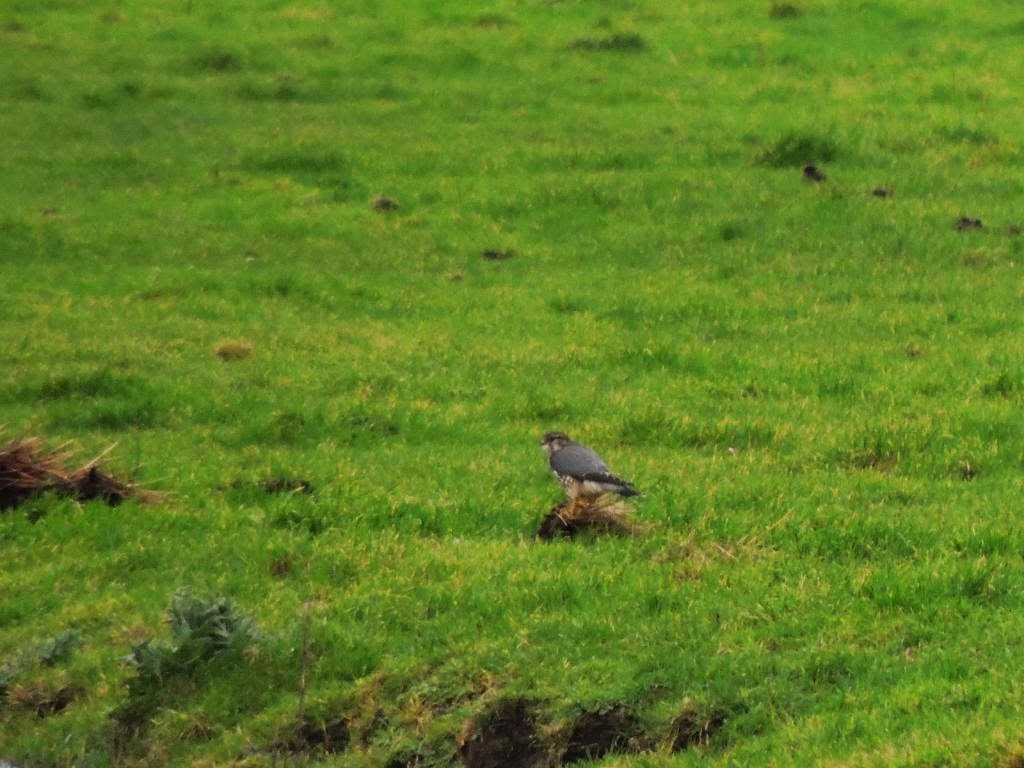 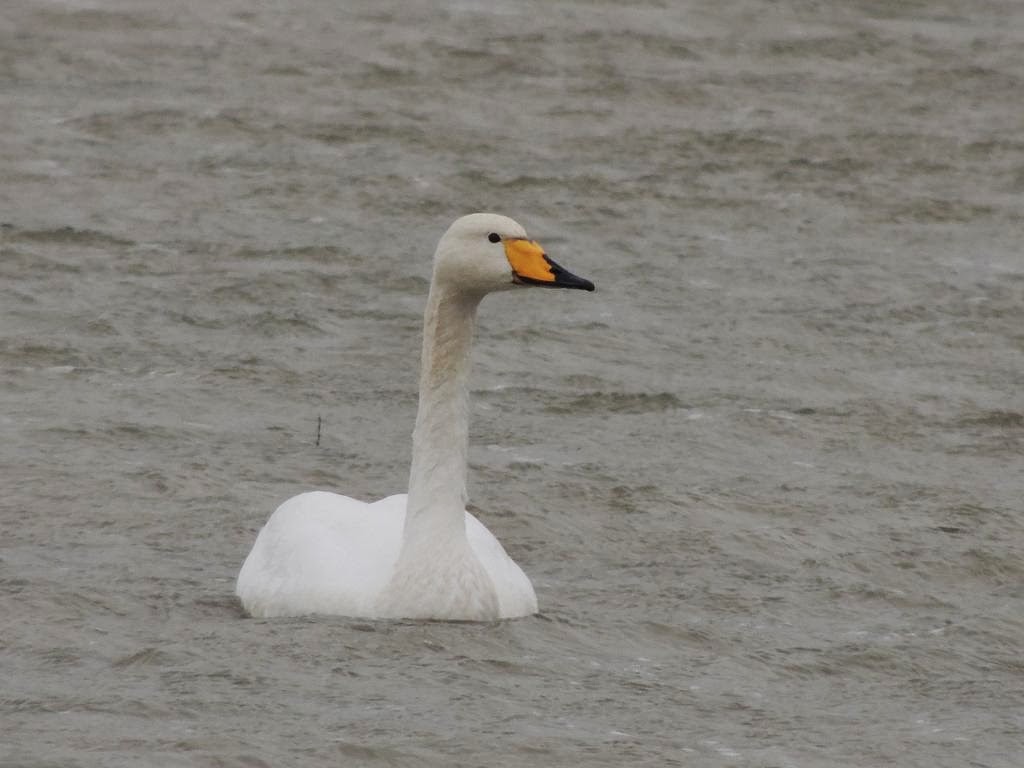 Just to fill a hole

Two intrepid and adventurous guys from Somerset have given themselves the daring task of patrolling the lowlands of Shapwick, Ham Wall and surrounding areas in the search for elusive fowl. Some pics to get the ball rolling 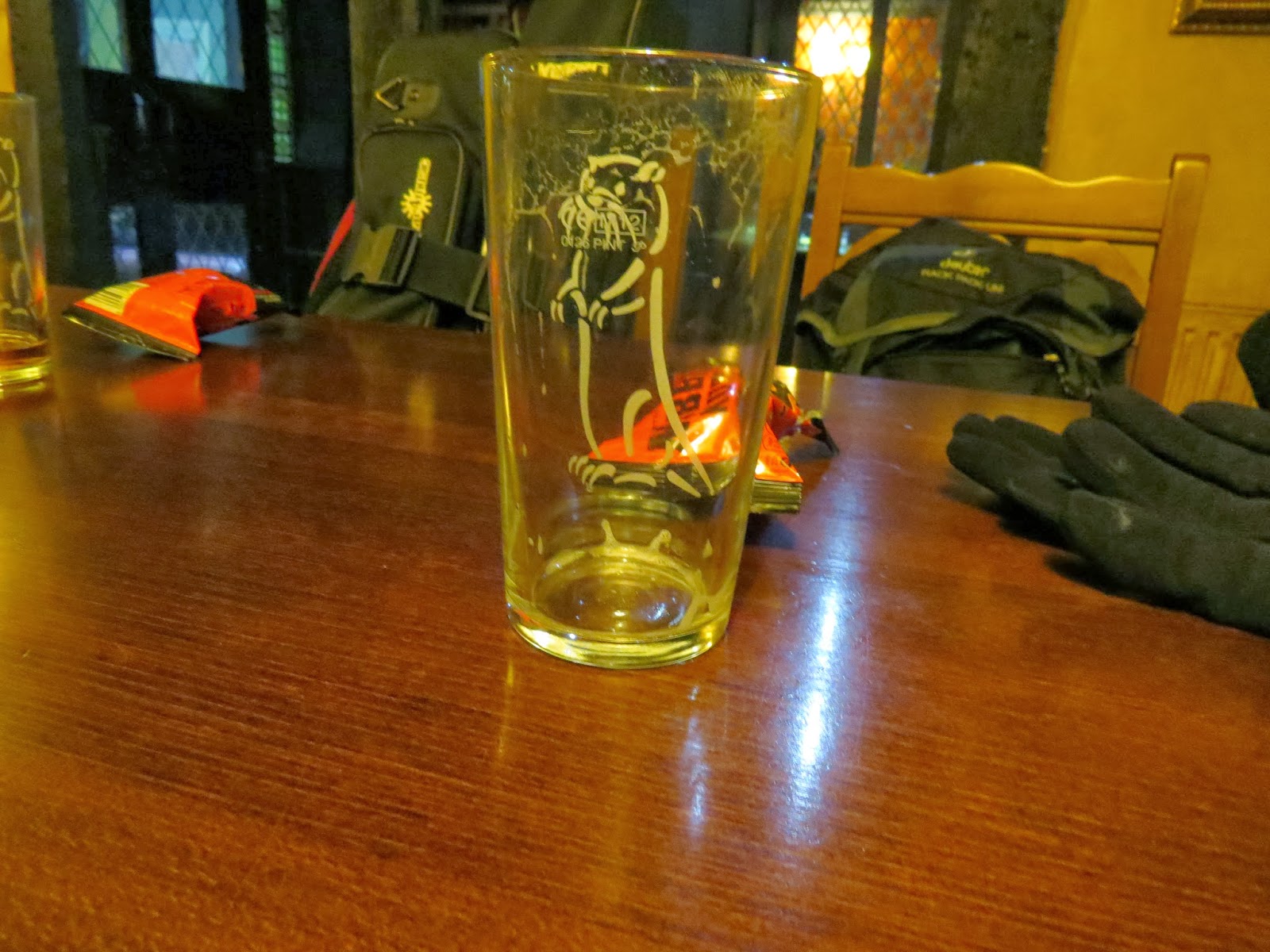 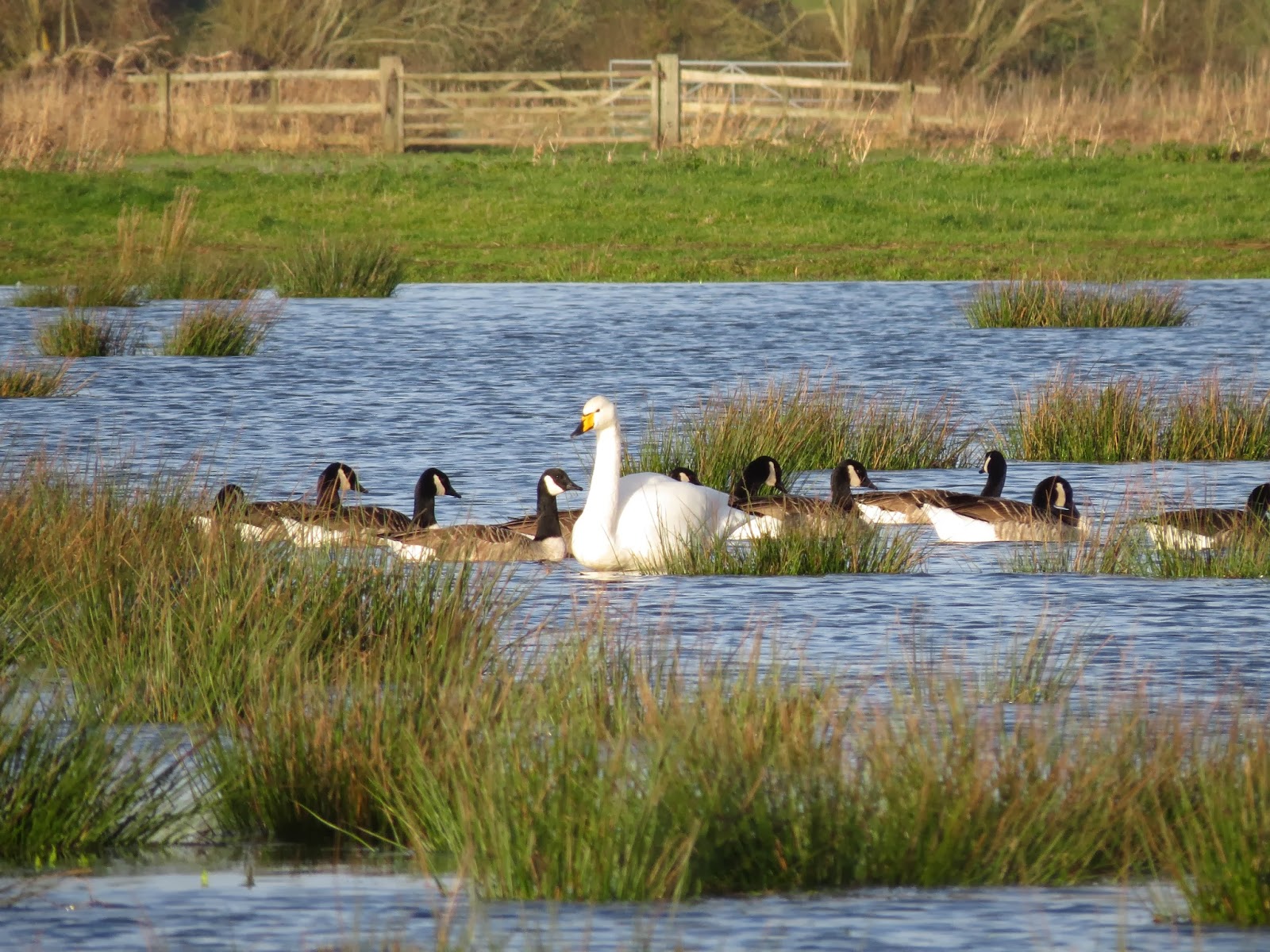