A bridge too far

It was a bit of a grey day again. It always does seem to be a grey day when the EFRS are out. Saturday and for that all the days before were wonderful sunny late summer or should that be early Autumn day. Monday and Tuesday and today were lovely. Sunday however, the day we went was grey, flat, overcast with only a passing glimmer of the possibility of the sun and blue sky actually appearing. It never did. Enough of the excuses and whining. It was what it was. On with the day.

I keep saying this but it has been a long time since we merged as one as the EFRS. Today was the day and to cap it all we brought along the much missed honorary member the Right Honourable Member for all things right and true Mr Riley. God bless him and all his foibles.

We met at 10 at Hamwall carpark. For once it was I who was late. James impatiently calling me huffing about 'where are you then'. Only a couple of minutes but still not good enough for a teacher I suppose. We sorted out the steeds and set off to find the foot troops. Mr Riley had said to meet him at the bridge. At last count I believe there are 4 bridges along the Shapwick / Hamwall section. A phone call confirmed he was heading from the far end of Shapwick despite asking him if he was close to the Scrape Hide. 'Theres a Hide by the Scrape?' he said as I watched him walk right passed it from the Ashcott Road bridge.
We met at the other bridge at the crossing for Mear and Noah's Hide. I can't remember the last time we went to Noahs so off we went. I must say we were very impressed with the new one. Nice and big and airy with plenty of space. Well done on that one Natural England. We were so excited to be out and about we did make rather a lot of gabbling noise when we pulled up. Apologies to the South Walian couple who were enjoying the peace and quiet and the bittern that had just gone down in the reeds in front of the hide. James added to the embarrassment by opening the noisiest packed of crisps in the world!

There were a few things about. Nothing too exciting save for the occasional passing of singing Kingfishers. I did manage a Sparrow Hawk which showed high to the left as I had to lean out of the window. It was a lovely scene though. Gulls, Swans, Herons and a mass of Grey lags at the back calmly going about there business. 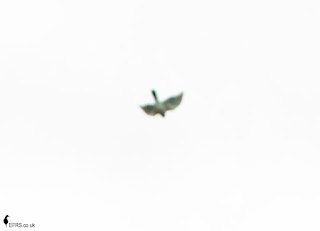 Yeah it's as good as it gets for Sparrow Hawks.

I had to take a call so exited to save more embarrassment. While out there there was of course a nice close pass bye of one of the Marsh Harriers that were wandering around. Captured nicely by James. 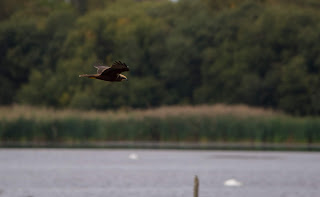 Apparently he got a better shot but his card stopped working!


Enough of Noahs and lets pass over the rather terse request of 'You can close that window if you like' from the new residents as I rose to leave. We came out and discussed a rather nice example of Bracket Fungus on a beach tree as we wandered back along the path to the main track.
The hide at the scrape has never appealed to me. Doesn't work in my opinion. The scrape is very overgrown these days so not too many things to spot. Never seen it like it. Not much in the way of waders however there was a little excitement as a Heron decided it had had enough of a Great White and flew over to stake it's claim. This juvenile obviously didn't quite judge the distance x size very well as this was a Great Great White. They had a cautious glance occasionally and decided to keep their respective distances 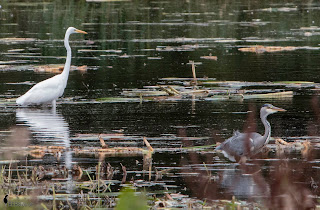 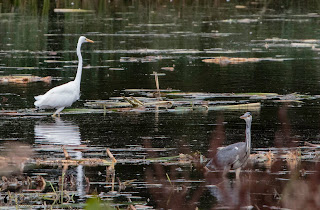 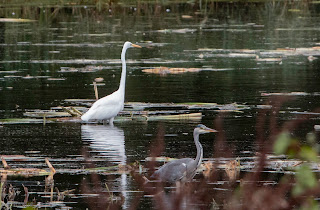 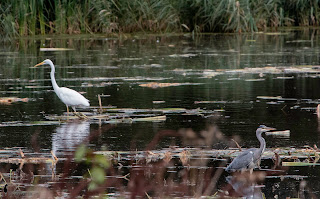 We moved on again over Ashcott road and into Hamwall not stopping until VP1. This, to my mind, is one of the least interesting of viewing spots. Very little happens here. The Tor Hide on the other hand is a stroke of genius having it sat smack in the middle of the reeds. You often get Egrets and Herons at close distance plus the Marsh harriers can sometimes come closer than usual. We stayed at VP1 for a while and it was here that David and I exchanged a mutual belief about our relationship with nature. David has kindly written a short piece on the subject. Here it is. I wonder who agrees?

The nature reserves, the museums of all living things might salve our conscience that we are doing everything possible for nature but there is little future in these disconnected islands of plenty. And who are they serving? The visitors or the wildlife? I would suggest the former! Walking with Andrew and James from the EFRS blog this morning in Shapwick Heath and later Ham Wall nature reserve we discussed the future for these managed, shop window pockets of birdlife. Is this really the future for our flora and fauna?

Ever since I can recall I've had an affair with the countryside - that very word 'countryside' conjures up wild, serene, pristine places - some rarely explored - and almost always bristling with wildlife.In the 1950's and 60's you hardly ever saw anyone in this 'real' countryside yet the wildlife abounded and farmland seemed less managed - more amenable to wildlife.The countryside was nature's playground and it was limitless and boundless.

In these modern times of convenience and manufactured, manipulated pleasure even the wildlife is on 'tap' concentrated in disparate pockets called 'Nature Reserves'  museums of the living vestiges, wildlife on the edge of extinction where people can visit and deceive themselves that all is well in the 'countryside'. It simply isn't. The real countryside, the vast proportion just beyond the pockets of reserves is in critical decline when it comes to wildlife. Wildlife once it migrates beyond the reserves is in mortal danger - the environment beyond the reserves is a chemical basin of herbicides and pesticides an over-managed, manicured landscape with an arable mono-culture, a barren, sterile world.

We need natural corridors linking the reserves - a green, virgin grid throughout the whole country joining up the disparate dots with rambling hedgerows, ponds, wetlands, coppices and wildflower fields - it would require the requisitioning of a small amount of land with the right kind of habitat so that if the wildlife in the reserves strayed they would find a hospitable environment to feed and nest and we might find more pleasure from a walk in the 'countryside!'

The rural idyll of my youth is threatened by agri-businessmen and farmers and landowners intent on extracting maximum profit from what is ostensibly a sterile factory floor. Instead of pastures mown for hay in the Autumn ablaze with wildflowers and carolling skylarks and meadow pipits landowners now cut for silage twice a year.  The future of the 'real' countryside its wildlife, birds, mammals, insects, trees and flowers is at stake and all disappearing at an alarming rate.

Simple examples such as the over zealous cutting of hedgerows every Autumn when a 2 yearly cut is recommended by the RSPB, the payment by taxpayers for the preservation of field margins to prevent toxic spray drift into hedgerows is blatantly and shamelessly misappropriated.

The future for our wildlife looks bleak and uncertain if it is concentrated in nature reserves - we have to look at the bigger picture - we have turn the clock back and make the whole 'countryside' fit for purpose.

And your back in the room. I must add that David also had a bit of a grumble about 'Too many people' etc.

Looking around and David had gone! It was a while before we realised he had wandered off to the Tor hide. He's a bit like a tortoise. You watch them for a bit, realise they aren't moving very fast and take your eye off them for a second and they've scarpered off somewhere.

Lovely rustling reeds all around greeted us at the Hide. I was just commenting that you often see Water Rails here when I spied a small dark wader close to the hide. Alas it was but a humble young Moorhen. Still it was the best pic I took all day.
A jovial couple came along and immediately spotted a Bittern flying up close. We all swung round to snap it's arse before it settle back down never to be seen again. Sods law init. 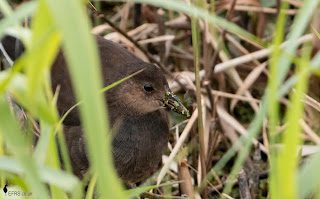 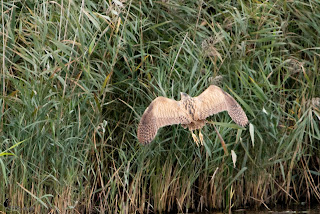 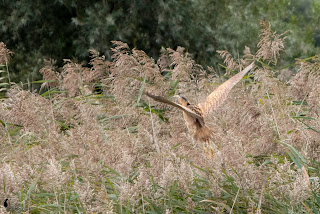 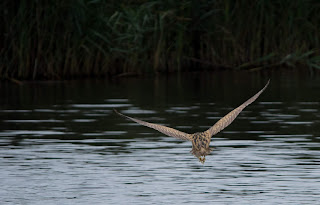 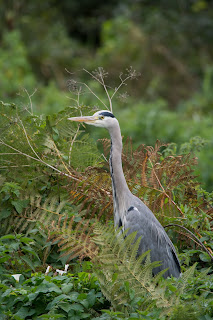 Next excitement was James spotting another Sparrow Hawk and quickly snapped that...... 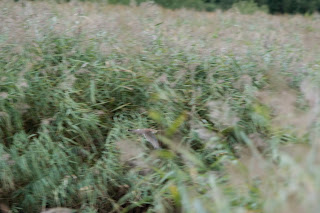 We moved on to the lasted stop of VP2. My favourite spot of all. The nicest views and often a good spot for lots of things. It was here that David said his goodbyes and we parted for a few months more. Bless him. James and I settled down for the last hour. Not a great deal to see again but it was good to catch up on life etc. A small party arrived and one keen birder asked us where the 'scrape' was. We started to tell him to walk over to Shapwick but were interrupted by him exclaiming that they had been there so it wasn't that one. He was looking for the waders, Godwits etc. We were a little bemused and pondered another scrape. We said that there were a couple of other spots like VP1 and this VP2 but that wasn't correct apparently! He had looked at the map! Good for him! The wandered off to explore the far side where there is definitely not any scrapes of any description. Just as they left a small flock of Lapwings went up accompanied by another small group of Godwits plus an even smaller group of Knots. Obviously they had not 'read the map'. The group were later spotted wandering aimlessly by the Otter carving. It's often best to trust the local knowledge don't you think? 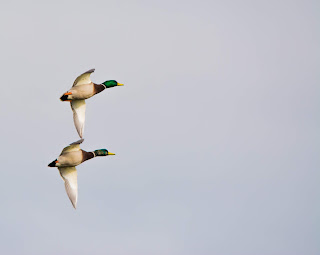 James getting the regulation Mallard (Northern) 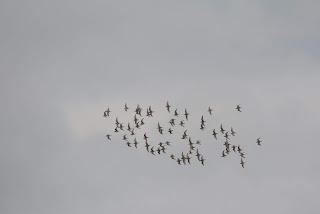 And a small flock of Godwits to finish the day

A very good EFRS day. Why? you may ask as we didn't see dozens of Grey Phalaropes or flocks of Ospreys snapping fish from the waters or thousands of cattle Egrets following the herds all in brilliant bright blue skies with the sun in just the right position. What we did see is our friends, had a damn good laugh about life and each other plus a seldom seen lesser spotted Riley. Happy days.