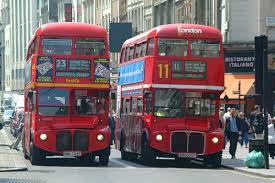 So one post yesterday and another today.  Just like Buses you wait for one and two come along.  The Cattle Egrets thought the same!  Indeed they saved the day.  I had been to Greylake and Catcott and neither of them seemed to have much by way of birds (Catcott in particular remains devoid of anything...)

The wind was absolutely belting through and brought with it a steel grey sky and a generally depressing atmosphere.  However amongst the grey came some much welcome whiteness! 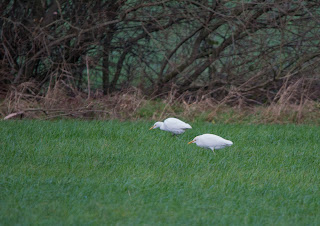 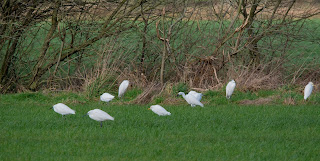 A case of mistaken Identity

Well.  It has been ages since we did a proper EFRS blogpost.  Andrew has been focussing (excuse the pun) on his manual focus business meanwhile I have been doing a spot of fishing (sheppeyfishtales).  Sorry a shameless plug for an activity Andrew disagrees with.  Oh well - he isn't writing the blogpost :-)

Anyway it soon became apparent that the giddy excitement of being out and about clouded our better judgment with regards to identification.

First off it was Catcott which didn't actually have any ducks on it, either abducted by aliens or all at Greylake?  Very strange.

We looked out from the awkward viewing slits.  Obviously crafted by demented Dwarf engineers.  Too low and very awkward.

In a galaxy far, far away (well, at the back of the reserve) a Marsh harrier (or was it a Hen Harrier!? ) flew low over the trees. 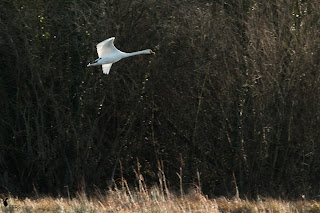 One of the few Mute Swans 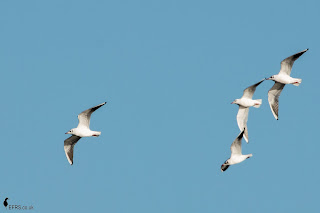 And the ever present Black Headed Gulls 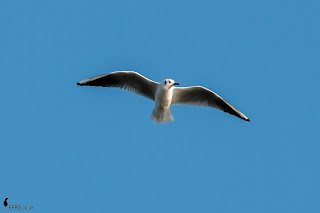 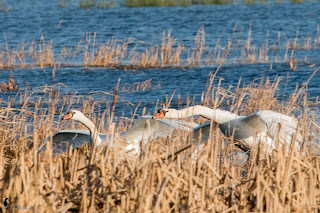 A few Cormorants sauntered about along with a swan or two and that was about it.

Then something good happened.  A flock of Starlings were making pretty shapes in the air.  Sadly i don't think they were releasing their creative side.  Instead they were fighting for their lives as a bird of prey dived around them.  Due to us both craving something really good we decided it was a Merlin and that was that (we had know idea, it was essentially lots of little dots being chased by a bigger dot).  It could have been a male Peregrine or perhaps a Sparrow hawk or just maybe a Merlin... 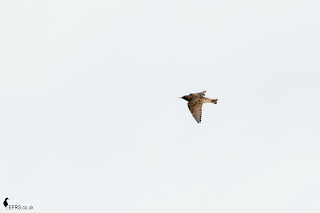 One of those Starlings


After some discussion regarding Andrew's latest Manual focus escapades we headed over to Westhay, London Drove.

Its always a nice walk here, especially as the sun was slowly trying to come out. 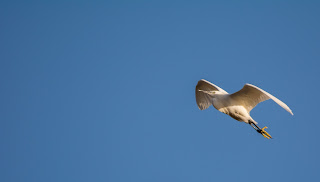 This Egret went for a mid air poo, unfortunately my shot was blurry
so you will have to make do with this. 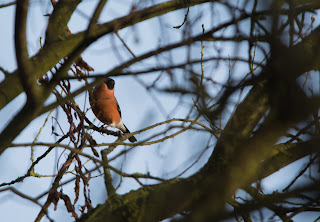 I got quite excited seeing a male Bullfinch - top little birds

As I was farting about with the Bullfinch a larger bird swooped through the trees.  Both Andrew and myself were a bit taken aback.  Immediately unlikely species came to the for.  Rumblings of Goshawks, Peregrines and... ahem a Wryneck (I'm not sure why this came to mind if I'm honest).  Anyway it was most likely a female Sparrow hawk but we will say its a Wryneck.

After all this excitement we stopped off at the little hide overlooking some reeds (a description which could apply to any hide with 100 acres of here).

A large bird was floating over the reeds.  Immediately cameras were armed and fired.  It looked a bit different from the norm.  Rumblings of RingTail Hen Harrier came to the for (despite it not actually having a Ring...).

Anyway we were soon put right by the very knowledgeable chap who is often down at Westhay (drives a big truck and has a beard).  Sorry i am so bad with names...  It was a Marsh Harrier... 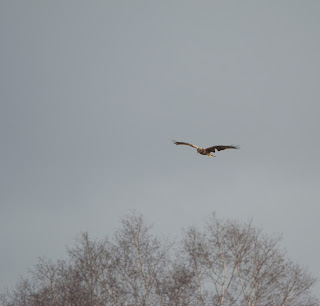 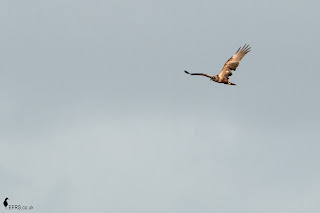 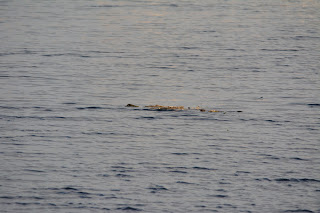 This Crocodile was responsible for the lack of ducks. 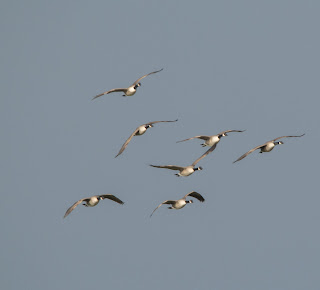 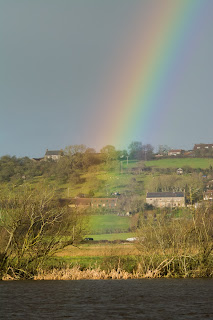 
So, in the end we had a Wryneck, Merlin and Hen Harrier :-)  Plus a Crocodile.

It was definitely a case of mistaken identity...


But theres more! James has neglected to mention our further trip over to Tealham Moore. We weren't expecting much and thats what we got. A beautiful place especially when the water levels are up. There were a few bits and bobs around though. 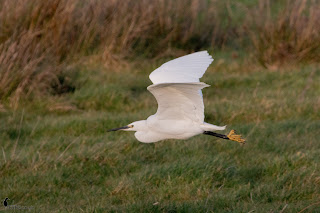 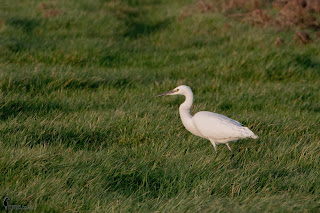 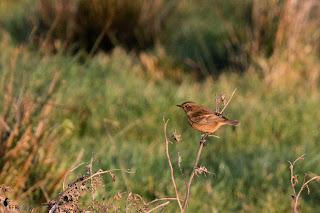