“Beware the Jabberwock, my son!


The jaws that bite, the claws that catch!


Beware the Jubjub bird, and shun

So, the Jabberwocky steals the show in the poem.  But he does get killed.  But the Jubjub bird survives along with the Bandersnatch.  Now, it is my belief that both of these creatures exist in Somerset...
The Bandersnatch lives at Steart, (often mistaken for a Polecat).  Please see posts on the old Somerset Ornithological Society forum for confirmation.  Yes I did say Ornithological and no the Bandersnatch cant fly, but what can you do?

Anyway enough of the Bandersnatch.  I'm here to talk about the Jubjub bird,  Now this creature lives at Greylake (so I am told).  Now such mystery and hearsay has been flamed by the likes of Robin . 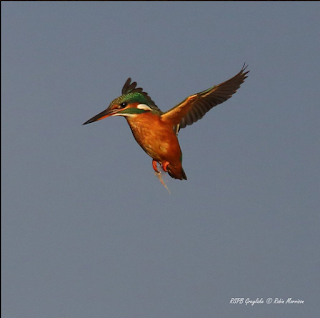 Now this is NOT a Kingfisher.  It may look like one but then the Bandersnatch looks like a Polecat.  Oh no, this is very different indeed.  Unlike a Kingfisher these creature hovers like a Kestrel and note the cold, malicious glint in its black, pitiless eyes.

Unless  Robin is getting somebody to dangle a rubber Kingfisher with a bad attitude from the top of Greylake hide (which is possible) I think that this IS the Jubjub bird.

So with this in mind I went out to Greylake.  The weather forecast was awful... 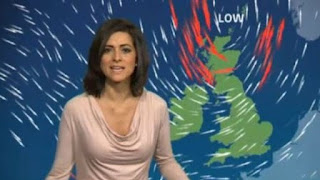 7PM ITV most nights.  If you've suddenly become interested in the weather forecast.
EFRS is a blog that just keeps on giving...
Despite the dire wind warnings I headed out anyway.  I headed through Polsham towards Godney as its a more scenic route (it also makes you car absolutely filthy).  I have been quite lucky on this road in the past.  Having seen Little Owl, Kestrel, Sparrowhawk and a Fox (definitely a Fox, not a Bandersnatch).

Today I saw a Kestrel at about 5 paces.  It was at on top of a hedge.  Like a particular large and fat bull in a China shop a screeched to a halt, adjacent to the confused looking bird, reached across and wound down the window, grabbed my camera from the back seat and actually got it in the view finder before it casually fluttered off a feet along the hedge.  The procession started again and to nobodies surprise I wasn't successful...

I took a quick detour to Tealham... and saw absolutely nothing.

Over at Greylake 2 GS Woodpeckers played me up a bit before getting bored.  I largely ignored the Blue tits on the feeders, mainly because I got some alright photos last time in the sunshine, these ones would only be worse.

In the hide I fully expected to be blown away as soon as I opened the window... Except I wasnt.  THE WIND WASNT BLOWING INTO THE HIDE!!!!! This has never happened ever in the history of hides.  A gentleman to my right reminded me why I was here.

He mentioned the "hovering" Kingfisher (Jubjub bird).  He was here to see it to.  Except there was no sight of it.  Perhaps Robin keeps it in a box and feeds it with minnows?

So i occupied myself with the large number of ducks milling about.  In another quirk of fate, most of them were awake and even flying about! 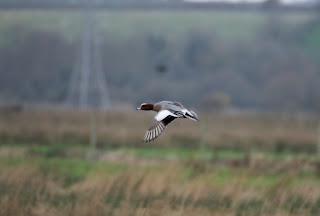 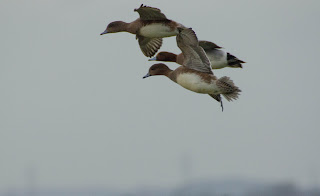 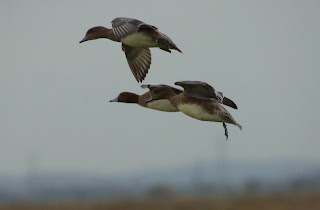 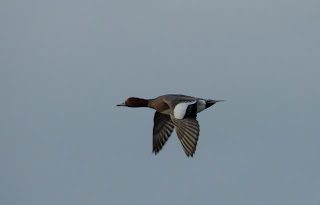 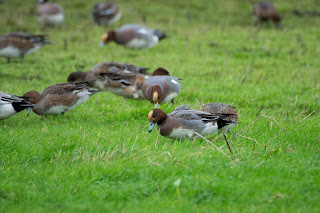 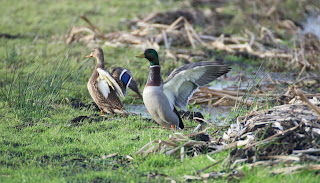 Some were just waking up.

I kept an eye out for the Jubjub bird but still nothing.  Far in the distance a Marsh harrier was busily not catching anything.  Please check another post or even another blog for a good picture of a Marsh harrier because there isn't one here.

Then, suddenly all the ducks scattered.  The Jubjub bird must have arrived!! 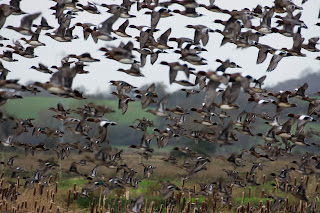 
The Peregrine shot about a bit.  Just being a badass. Like they do. 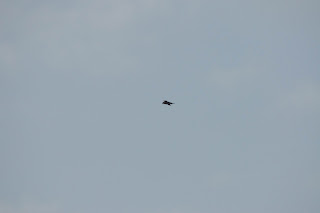 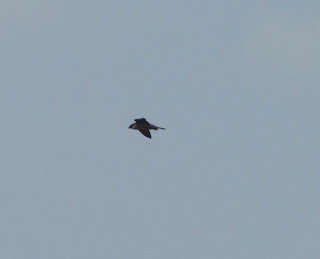 Its a Peregrine (just needs a bit of imagination and its a good picture...)
But the Peregrine wasn't done yet.  After scaring off all the ducks it decided to give a Buzzard a good drubbing.

Buzzard getting beaten up.

I was all alone in the hide now.  I had little defense against the Jubjub bird if it decided to turn up.  Save for a cheaper end 500mm lens which could be used as an effective club.

I left the hide quite pleased with myself, although the Jubjub bird didnt appear I was pleased with the Peregrines and the ducks were pretty spectacular at times.

On the way back to the car, the Lapwings all took off.  Scared by... 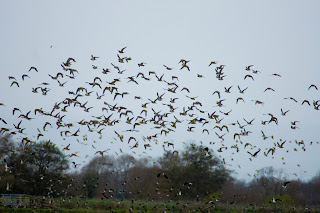