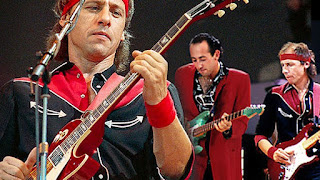 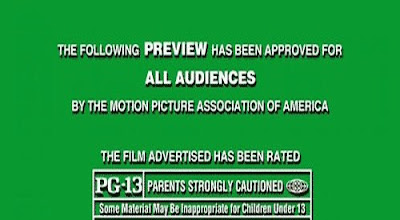 It should have been a joyous time.  I was about to head off to sunny Mallorca.  Camera primed, swimming trunks freshly washed and in flight magazines purchased.

But there was a problem.  In my infinite wisdom I decided to do a spot of fishing a few hours before the trip to Bristol airport.

Andrew doesn’t agree with the slightly odd practice of catching a fish, looking at it and putting it back again.  I think his argument against it has got something to do with hooks in mouths, suffocation etc.

Anyway it was clear that Andrew’s curse was firmly placed upon my freshly waxed shoulders.  Fishing just by the little bridge on the bend along the River Sheppey I was pleased as punch when the float sunk and some considerable resistance could be felt on the rod.  A chunky Chub slowly came towards me before dashing into the near bank ready to tangle me up and make its grand escape.

Fearing I would lose him I gently pushed my landing net into the weed and branches he had dived into.  Out he shot… in I went.  The whole 9 yards.  After flapping about a bit I managed to drag myself back out.  Rod in hand.  The Chub was still on and looked quite concerned when brought onto the bank, having never been caught by a human with large lumps of green duckweed hanging from every crease.

I went for the obligatory photo.  That was when I realized.  My new phone had joined me in an underwater excursion – and like me it wasn’t waterproof… B*******!!!

Back at home there was plenty of rushing about with the Boss making final checks and the offspring running about in delirious holiday excitement.  I found a few minutes to blast the phone with the hairdryer.  To no avail.  DOA.

I droned on about my loss during the car journey to the airport, in the airport and on the plane.  Eventually The Boss snapped and told me to shut up (it was a bit more x rated than that but it is only PG-13 rated).

We were staying at the edge of Sa Coma.  A truly horrendous concrete jungle complete with British Bars, Burger King and a dubious Freddie Mercury act – good outfit though.
Fortunately the hotel was super luxurious.  The room included 2 Flat screen TVs with all the English channels (just in case of home sickness). 2 balconies, Wet room and one of those tap things which sprays water up your arse.

We arrived at 3am, so seeing any wildlife would be difficult (other than a few drunk stragglers  arguing over where their hotel was).

Heading down to breakfast it became clear that any idea of weight loss was out the window.  Although there was healthy stuff on offer, it was dwarfed by bacon, eggs, sausages, waffles, cookies and glazed donuts. 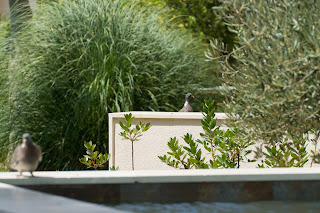 Each Pigeon had their own luxurious room

Soon, delicate negotiations with The Boss began.  I get very twitchy (see what I did there) on holiday and find it extremely difficult to sit by the pool for long.  Of course the Little un kept me entertained for quite some time but I was itching to have a walk about.  I started sensibly and took a stroll around the complex and the gardens immediately outside.  Actually it was about 10 steps before the heavens open and some serious rain fell… Sunny Mallorca!?

The rain fell for a good hour.  I was reduced to watching Bargain Hunt whilst The Boss and The Little Un watched Horrid Henry on the i-Phone.
As the rain subsided I had a look out from the balcony.  A flash of black and white scooted across the small garden below.  Hoopoe!

I grabbed my camera and gave chase.  Now, I had a problem.  One I am familiar with.  A man walking around with a big lens pointing it towards all and sundry is a recipe for disaster.

I dived and weaved between lazy hammocks, bikini clad beauties (and not so beauties) and departing family suitcases.  But the Hoopoe was wise.  He looked on nonchalantly.  Fully aware of my presence.  I took a step forward he fluttered back a bit.  I hid behind a tree, he turned round and waddled off.

It was immensely frustrating.  But then he got distracted by what I think was a beetle.  In this moment of absence I managed to collar him. 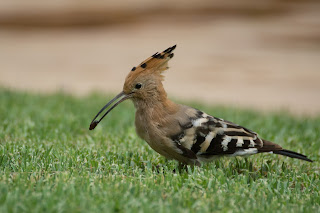 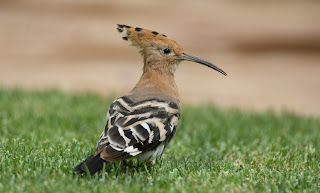 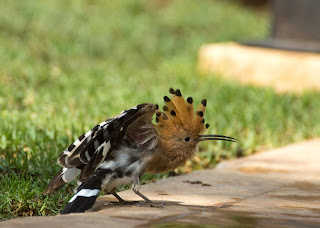 After all the excitement I did some family stuff again (important to keep everybody sweet – something I failed to do later on in the story).

Just before dinner I took a stroll around the scrubby area outside the hotel.  Pigeons everywhere along with Greenfinches, Goldfinches and a few Stonechats. 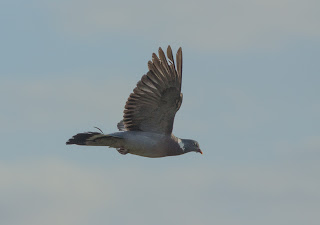 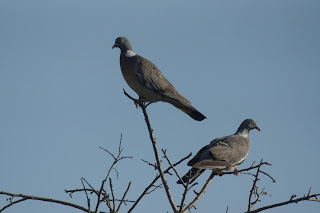 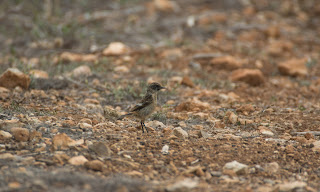 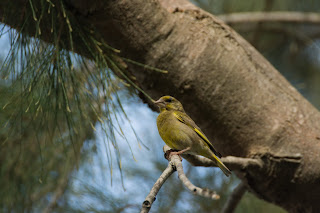