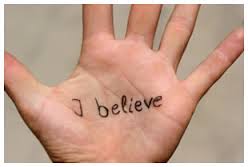 Apparently Michael Jackson is still alive, but hiding out in a Middle Eastern country dressed in an obaya.  There are even many, many fuzzy and photos of all this stuff.  Its a tall story but you just never know...

Anyway, the day started with a Twitter message from Lee Dutton "Cuckoo showing from the car park".

I havent seen one for a while so myself and various family members ended up at Ham Wall carpark.

Sure enough there was Lee standing proud, scope out for all to see.  Of course the Cuckoo had buggered off...

But all was not lost!

Moments later it had come back!  Thanks to Lee for some great scope views. 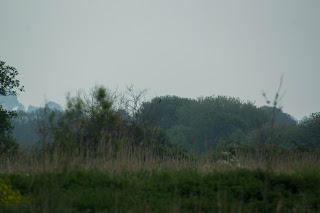 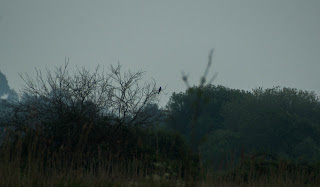 After forgetting about the closed bridge (yet again) we headed round the grassy route instead.  I immediately picked up a tick on my leg and had some fun getting the bugger off.

The area is bristling with all sorts of little brown birds.  For the sake of simplicity I shall call them Reed warblers.  There were also Whitethroats (I know those) and Cettis all over the place.

The obligatory swan passover was also enjoyed by all 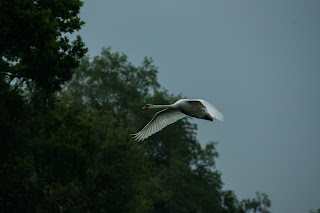 As the swan flew by we were greeted by a Bittern and a pair of GWEs, everything happened all at once! 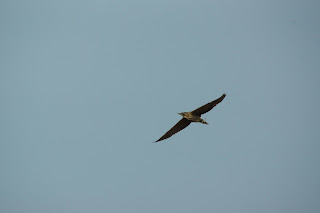 Bittern, he was coming straight at us but did that annoying, veering away at the last second thing. 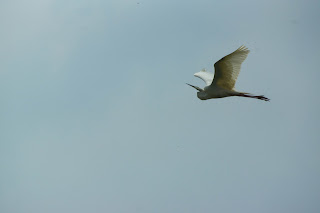 After all this excitement I was drawn to a loud noise, it sounded a bit like a duckling.  Meanwhile 2 Woodpeckers weer flitting back and to. 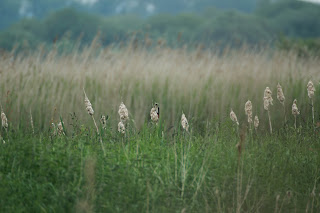 Woodpecker, gathering materials or finding some insects?
Anyway, after getting told off by a man in the undergrowth the source of the noise was revealed.  A baby woodpecker!  Every so often its head would stick out of a hole in a dead tree.
All in all it had been quite a successful outing and everyone enjoyed themselves. 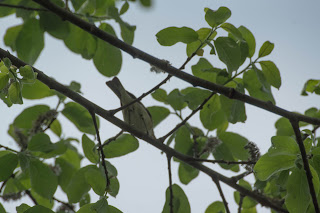 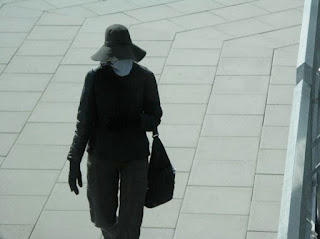