All Bell but no Whistle

We had a guest rider the other day. My Bezzy mate Steve who’s come down from the land of Chuffs and dragons. A fellow cyclist and birder he was in his element. I treated him to a slap up breakfast at the Tea Rooms at Sharpham. Well when I say breakfast we were one minute past the allotted time but the nice lady took our order anyway. It was 12:46 if you must know!

The day started well with Steve losing his Bittern Virginity within about an hour of arriving at VP2 Hamwall. Marsh Harriers where about, the sun was shining, all was well with the world. A well-earned rest for Stevie Boy.
There now follows a bit of gear talk. Please skip if you're not interested.
Having realised how absolutely amazzzzzing my Canon SX50 Bridge Camera is I have quickly realised its limitations. James is of the same opinion. Now don’t get me wrong. I love my SX50 with its super x50 zoom etc etc but it’s not very good with catching Merlins in flight. The View Finder is next to useless. I tried it today with a Hare wandering up a path ahead of us at the Shapwick Heath Hawk & Owl. I couldn't even find it let alone focus on it. So I have invested in a ‘proper’ camera. Namely a Canon 70D. It’s lovely! Real View Finder, 7fps, nice and heavy, robust, Ugh! Fab. So easy to use. One problem though, I haven’t got my lens yet. I’ll wait to tell you all about that. So I was lumbered with a 200mm zoom from a friend in work. It’s over 20 years old. Now a bad workman always blames his tools but I don’t think I’m getting the best out of the 70D. Anyway all the pics in this post where taken with that set up. Soon I will have my Bell AND my Whistle.
Back to the day…………..
So we made our way through Hamwall and Shapwick. Another bittern or two made a nice fly-by along with quit a few Hobbies. I had an embarrassing moment in the Reed Hide when Steve, instead of following me, decided to have a bit of a wander. He has a habit of doing this and I do tend to have a very frustrating hour trying to find him. It’s like taking your Grandad for a walk! I was standing there talking to a fellow birder when what I thought where a pair of Cuckoos flew past, A peregrine flew past and a Bittern flew past. They were, of course a pair of Stock Doves, A Sparrow Hawk and a Grey heron. Steve had the binoculars with him! 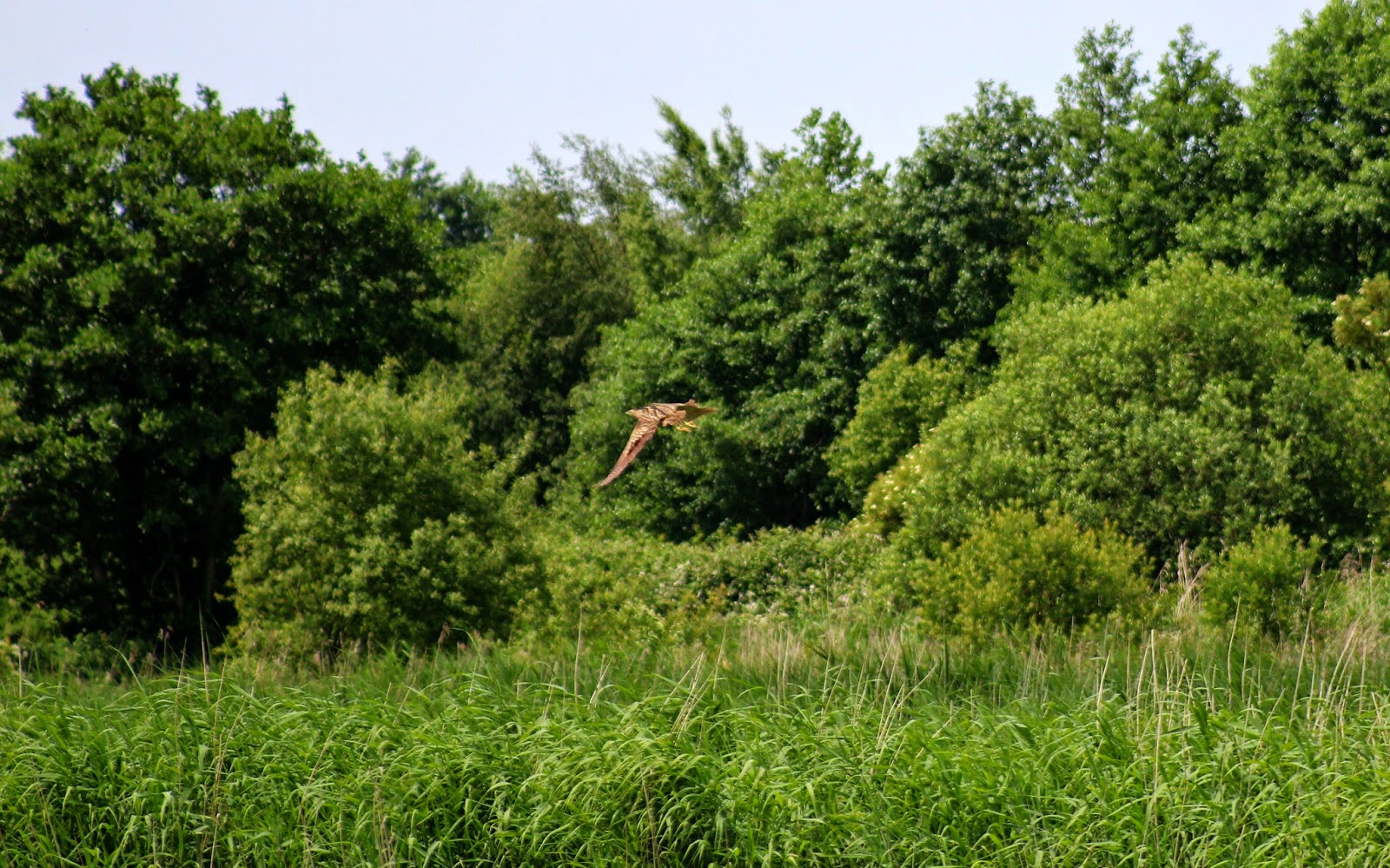 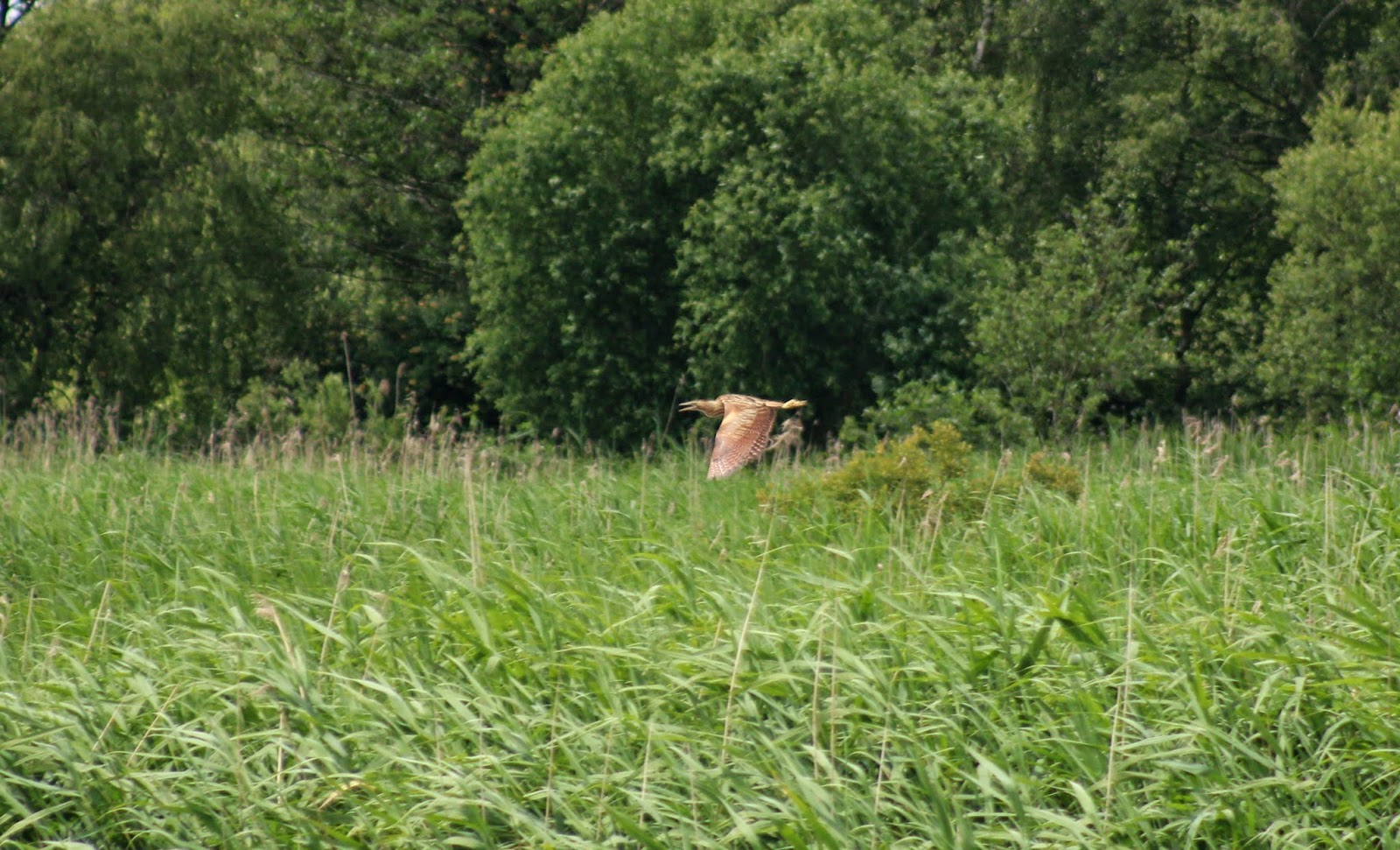 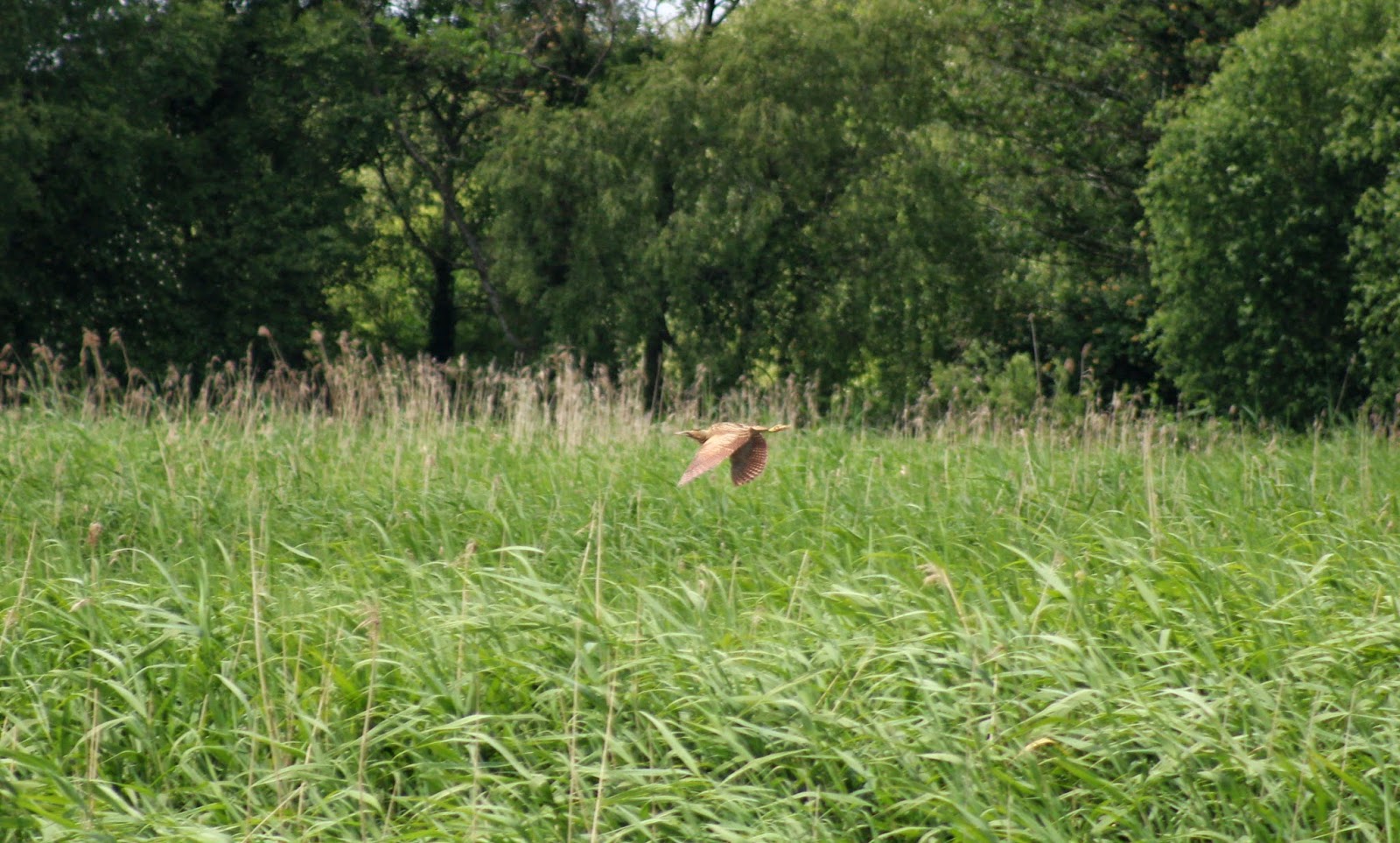 Some Bittern Action going on

So we were ticking quit a lot off of Steve’s Somerset Bucket list. Only one thing to go. We made it to the raised hide at West hey where a few Hobbies where flitting about. It was here that we ticked the last on the list. A Cuckoo sitting in a far off bush. Still close enough for Steve to view it defecating. Something for Steve to tell the grand kids! 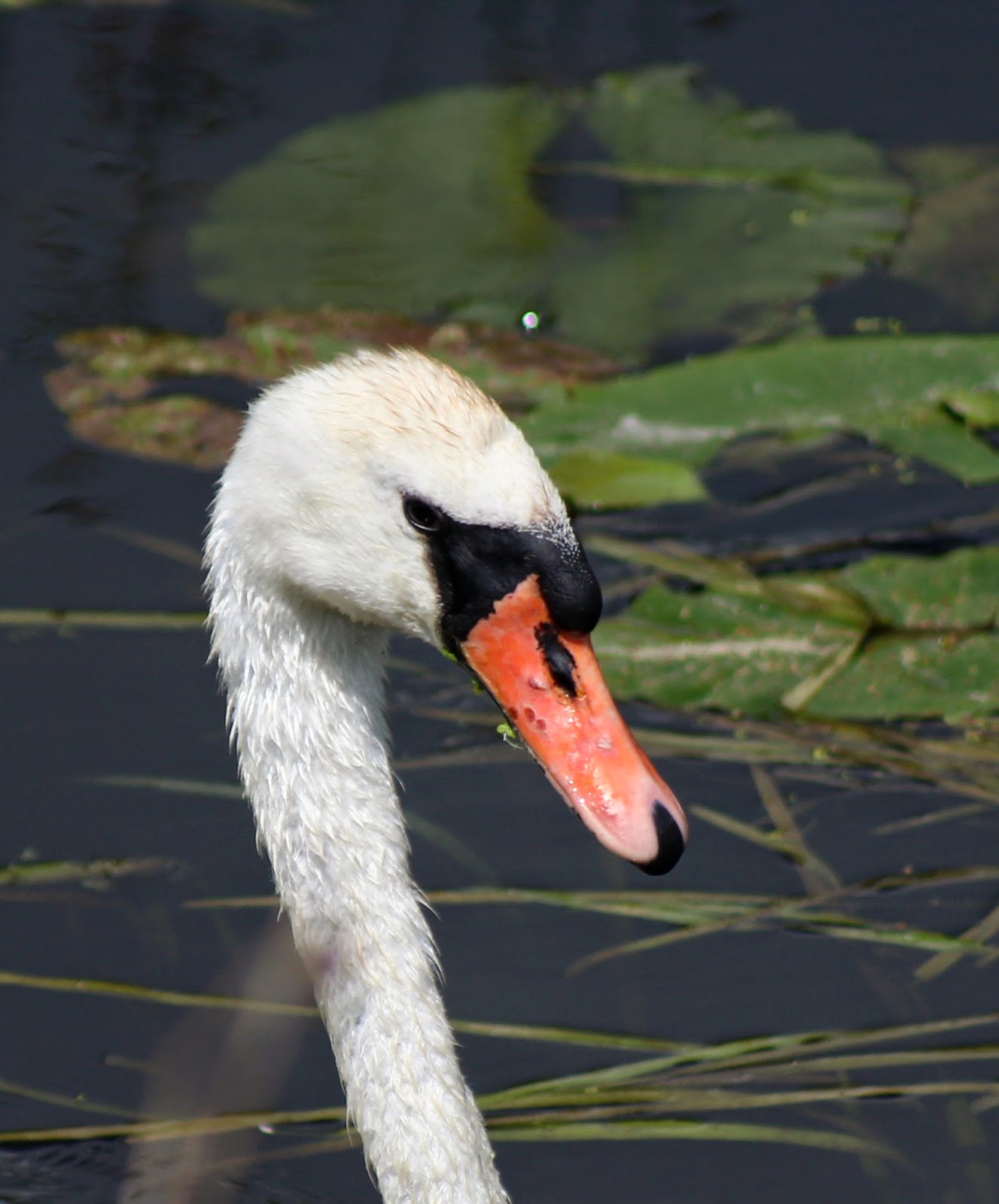 Mute Swan in your face 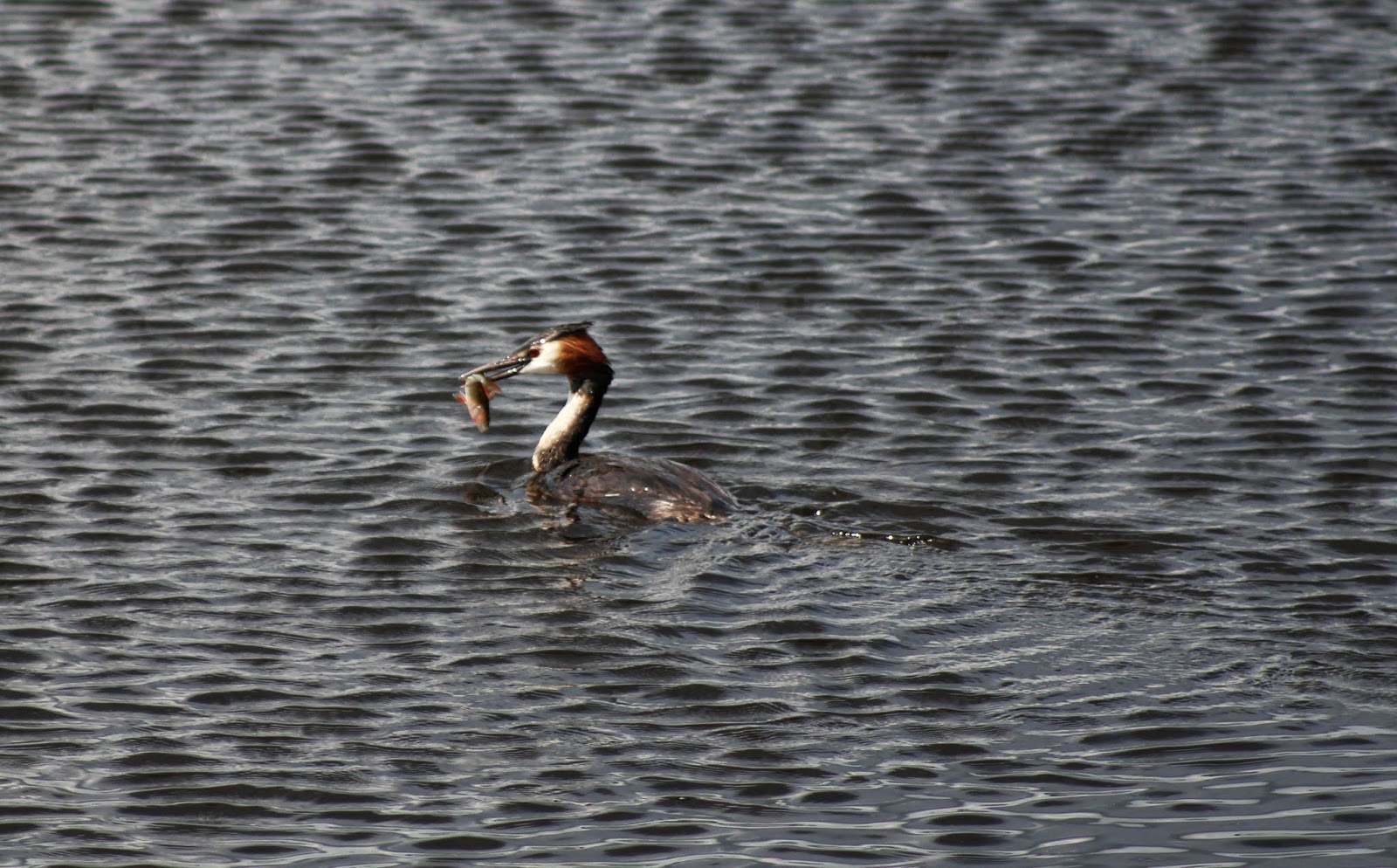 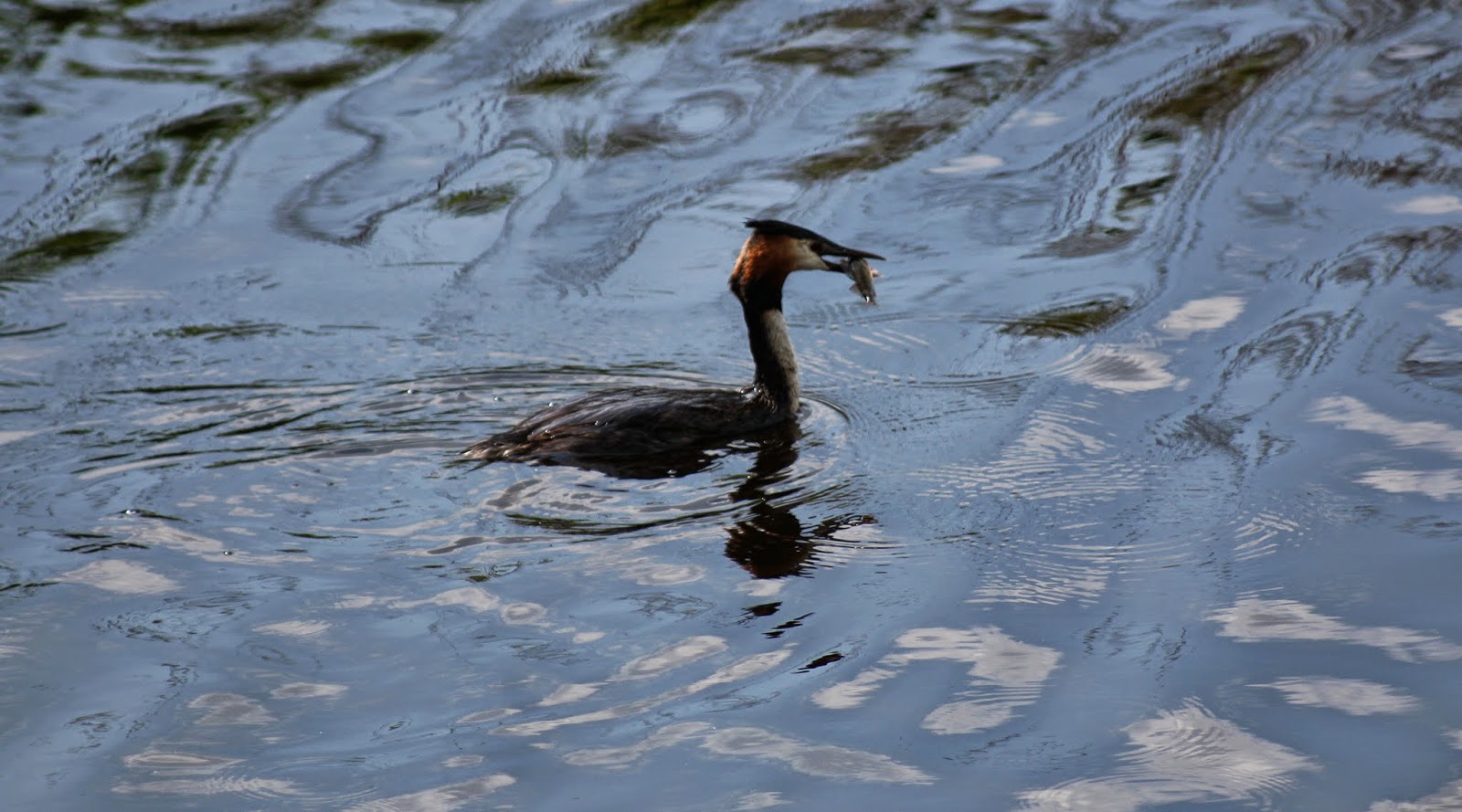 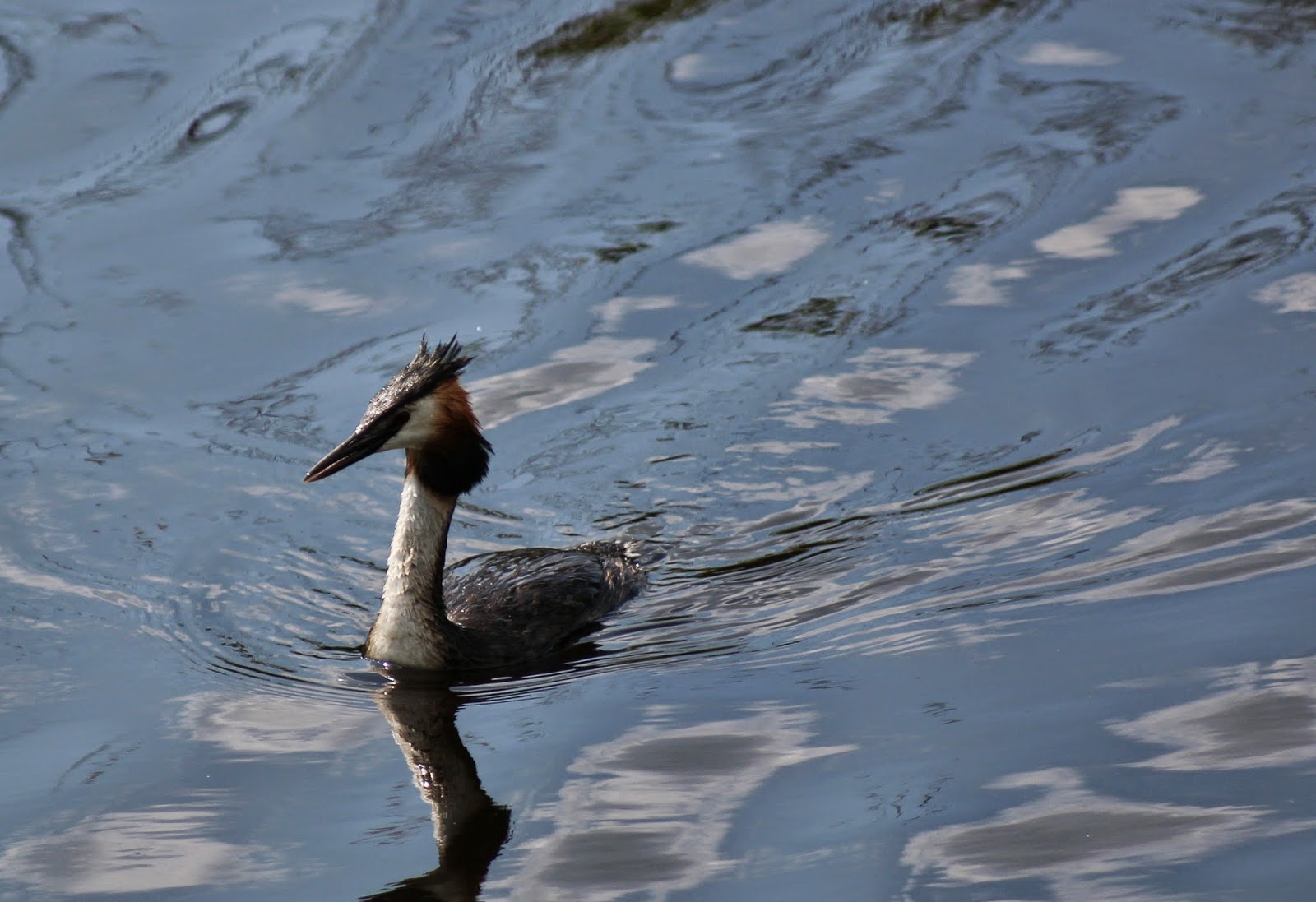 Great Crested Grebe Fishing
After all that damned good debrief was in order. To The Sheppey at Godney post haste saw us sitting out the rest of the summer rays sipping fine micro-brewery ales and watching cows exploring their universe we call a field over and over and over and over again.
Twas a good day experienced too little.
at 19:02