I am quite a relaxed and docile chap.  I dont see red very often.

Red kites – they are in my top 5 favourites list.  Elegant and streamlined (except if they are routing around in a rubbish tip).  Now, being a Zomerset lad I haven't seen that many.  Kites seem to have an aversion to our area.  Sure, I know they pass through but they don’t stay.  Its, strange as I quite like the surroundings. My feathered quarry obviously is not so keen.

Reading the various postings on the Somerset Ornithological society message board it appears that although still not a common sight, Kites are increasing in number around these ere parts.  Unfortunately I seem to be the only person who hasn’t seen one of late.  Indeed I have only ever seen 3 Red Kites in the county (all on the same day – two above The Who’d Thought pub it in Glastonbury.  Indeed who the hell would of thought it!)

That was over a year ago.  Since then, absolutely nothing.  A few days ago a very nice chap posted on twitter saying that 2 Kites were in fields around Coxley (2 minutes from my house).  I hopped into the car, drove around a bit, found some crows, buzzards and gulls (I wont say seagulls as Andrew will get upset).  But no Kites.

Last night I headed down to Westhay.  Something told me I was going to get lucky.  Traveling along the windy roads through Godney I noticed that there was lots of grass cutting going on.  Also I was upwind of the god awful chicken factory so the stench of sweaty poultry was kept to a minimum.  So i decided to pull up and have a good scan.  Gulls, Crows and a Buzzard or two.  I took a few shots and faffed about with various camera settings only to realise that a beautiful Buzzard flew right over my head.  It would have made a cracking shot...

Slightly miffed I got back into the car and carried on.  Still no Kites.

I traveled slowly to Westhay, not through choice but a lycra clad cyclist absolutely refused to pull over.  At this point I did see red but definitely not a kite.  After the slowest journey in the world I finally arrived.
The sun was shining and everything looked rather nice.  I made a beeline for the raised platform.  Imeediately  a stunning female Marsh harrier was right in front of the hide.  In a panic I reached for my camera, hit record and missed everything in a truly momentous moment of uselessness.
Again I was seeing red. 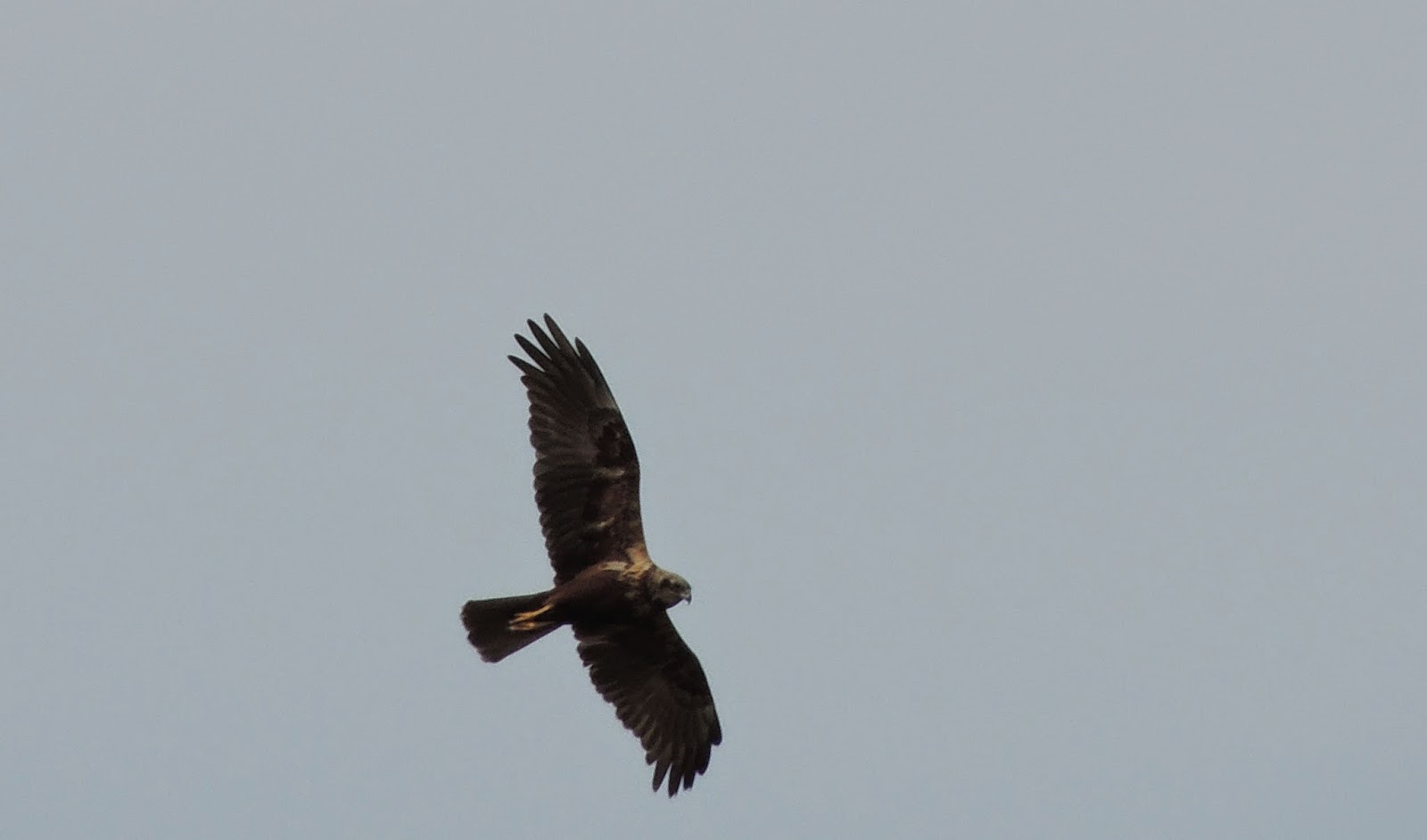 Not a Red kite but nice all the same.  It was much closer but I messed it right up.

Settling in I noticed a colourful flash, a Kingfisher.  Brief but very pleasant all the same.  Then I noticed a greyish bird, which I took to be a Sparrowhawk fly behind a tree.   Looked around with my bins but couldn’t see anything until it flew again.  A cuckoo! I have seen more this year than I ever have in previous years.  Things were getting better now.

A Male and the female harrier were flying distantly and interacted a few times.  Utterly magnificent birds which i never tire of seeing.  We are really lucky to have these here and I hope the continue to do well.
I scanned the trees and found another cuckoo.  The wind had got up a bit and he was being thrown all over the place but didn’t want to fly.  I even managed to get the scope out in time and he provided me with some excellent views.  Through the scope I could appreciate the colouration and pattern much more thoroughly.  They really are slightly odd critters and their call is a little bit spooky when you are sat amongst the reeds all by yourself...

A family of Moorhen created some entertainment as the chicks plopped about uncertain of what to do. A little brown job was flying about the place and paused for a quick picture.  Looks nice, I think its a Reed warbler. 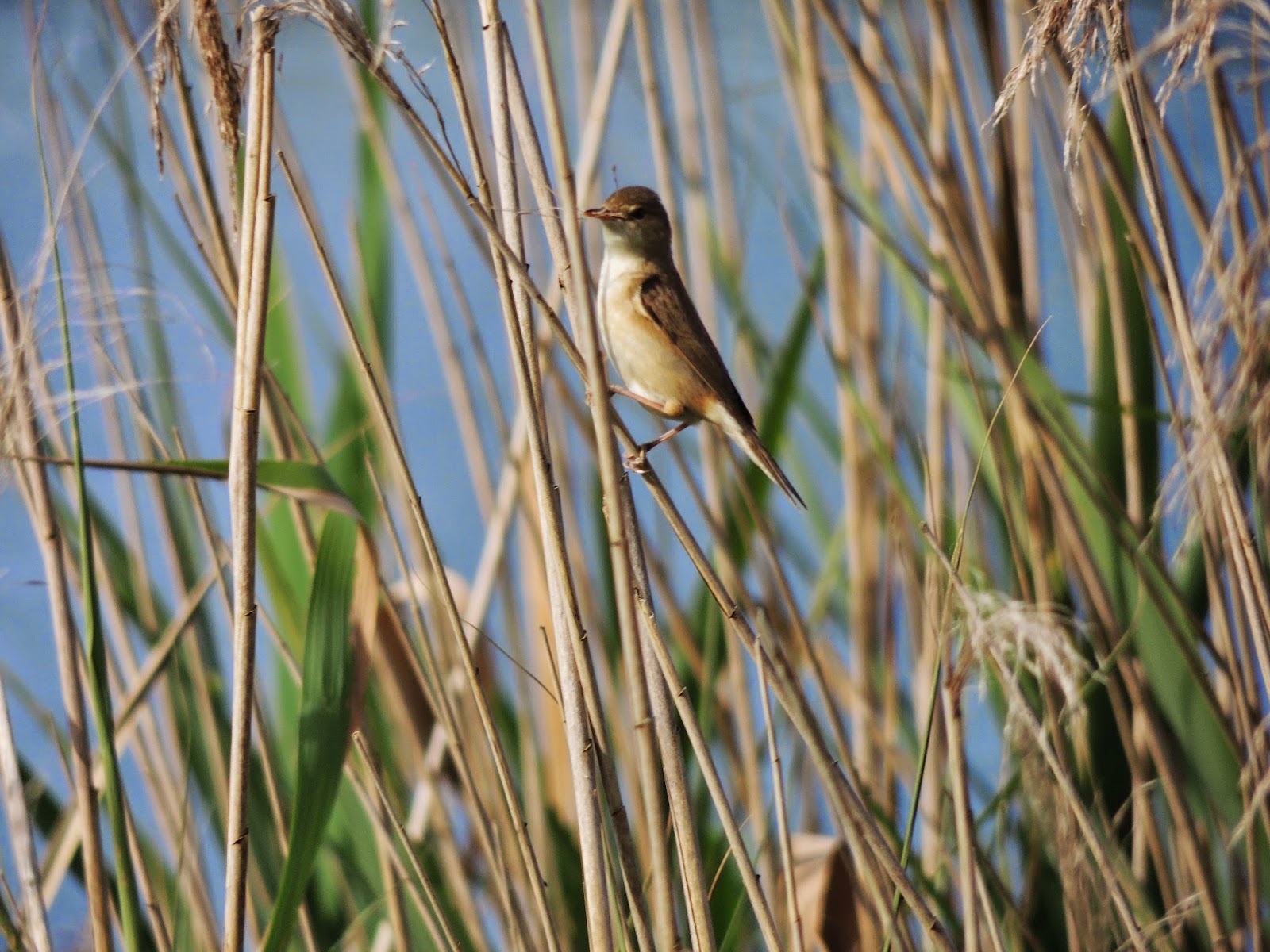 Then a Little egret started a bit of fishing. 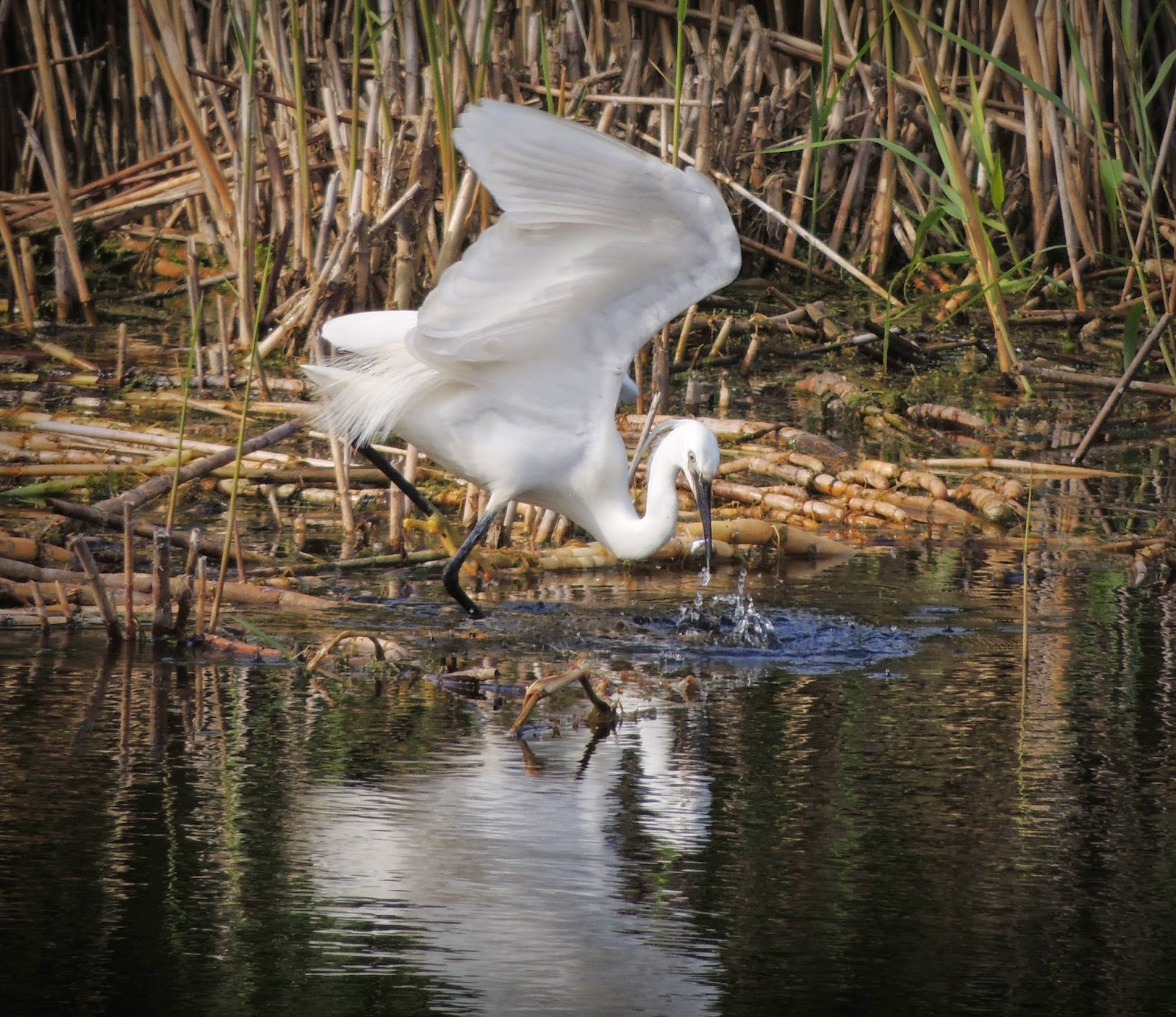 Only one Hobby today unfortunately.

As the sun started to give up the ghost I drove home, passed the chicken perspiration.  No kites in evidence.  When I arrived home I had a look on the SOS website.  Someone had seen a Kite in Glastonbury and Cheddar.  I still haven’t seen red...