We where a team again today. First for a while as it happens. It started out with just the one having a cycle out through Hamwall and Shapwick to have a cuppa at EcoBites. Its a good job I did too since I happened upon a Cuckoo sitting within arms reach of me as I passed by. Needless to say it flew as I stopped but I did get this pic as it flew out of the tree it had landed in after I disturbed it. But back to the beginning. The cycle through the Enchanted wood had the resident woodpecker leaping before me as I passed through. I did stop and see if I could get him but as usual I didn't. This happens on a regular basis. One day I will have you! House Martins flew at Aqueduct Bridge and would have made a good shot if I had had the patience to stay long enough. May be next week.

On to Ham Wall VP2 and there seemed to be a lot of visitors from afar including a nice couple who had just moved there. I gave them all the best spots to go. I managed a nice shot of a Black Headed Gull. 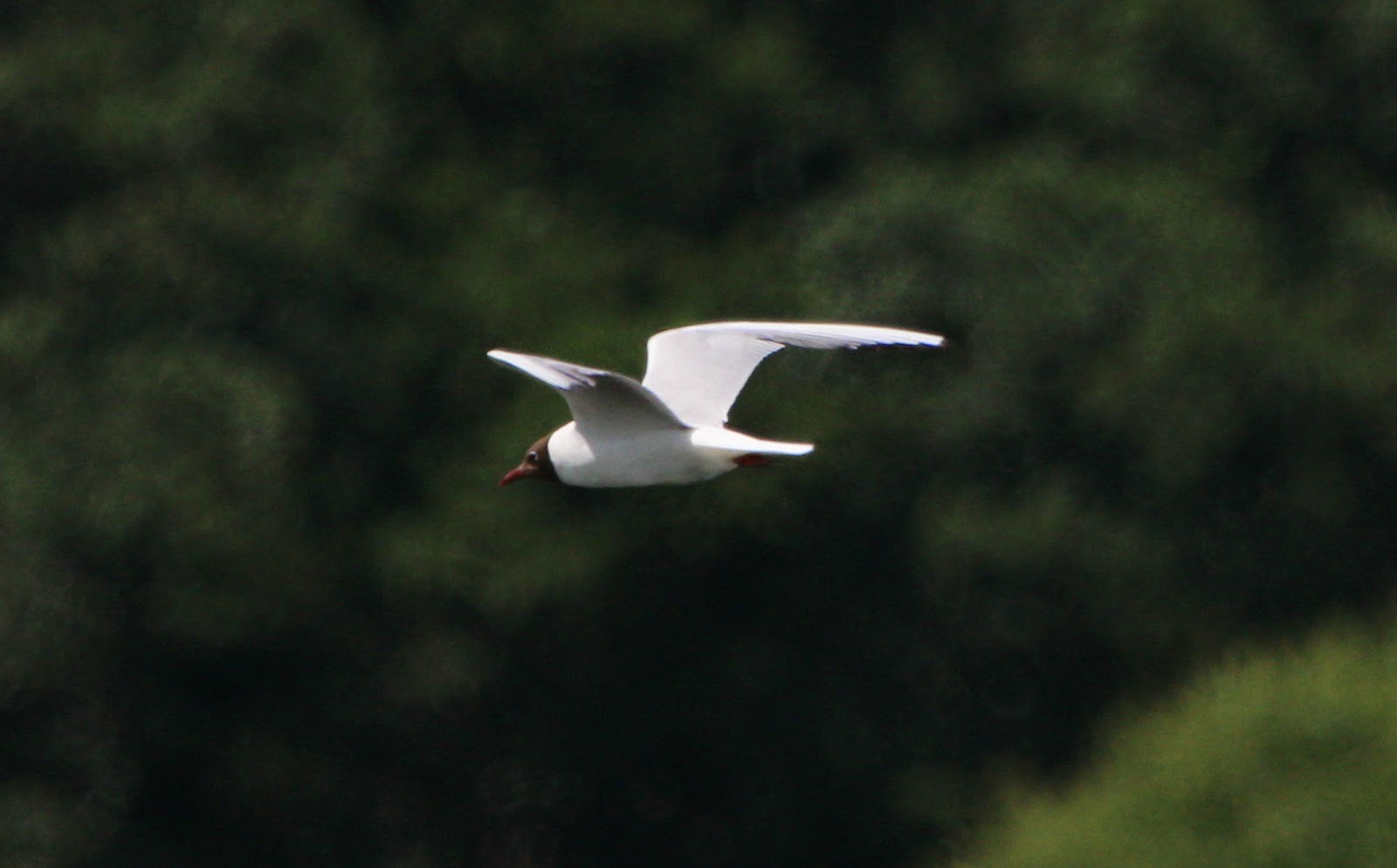 The Marsh Harriers where out in force. Well it was Ladies day as no Males where seen. Never managed to get a very good shot though. I took the time to nip out to the Reed hide where not alot was happening so I got this Cormorant went by. Still a nice bird and often ignored. Actually always ignored! 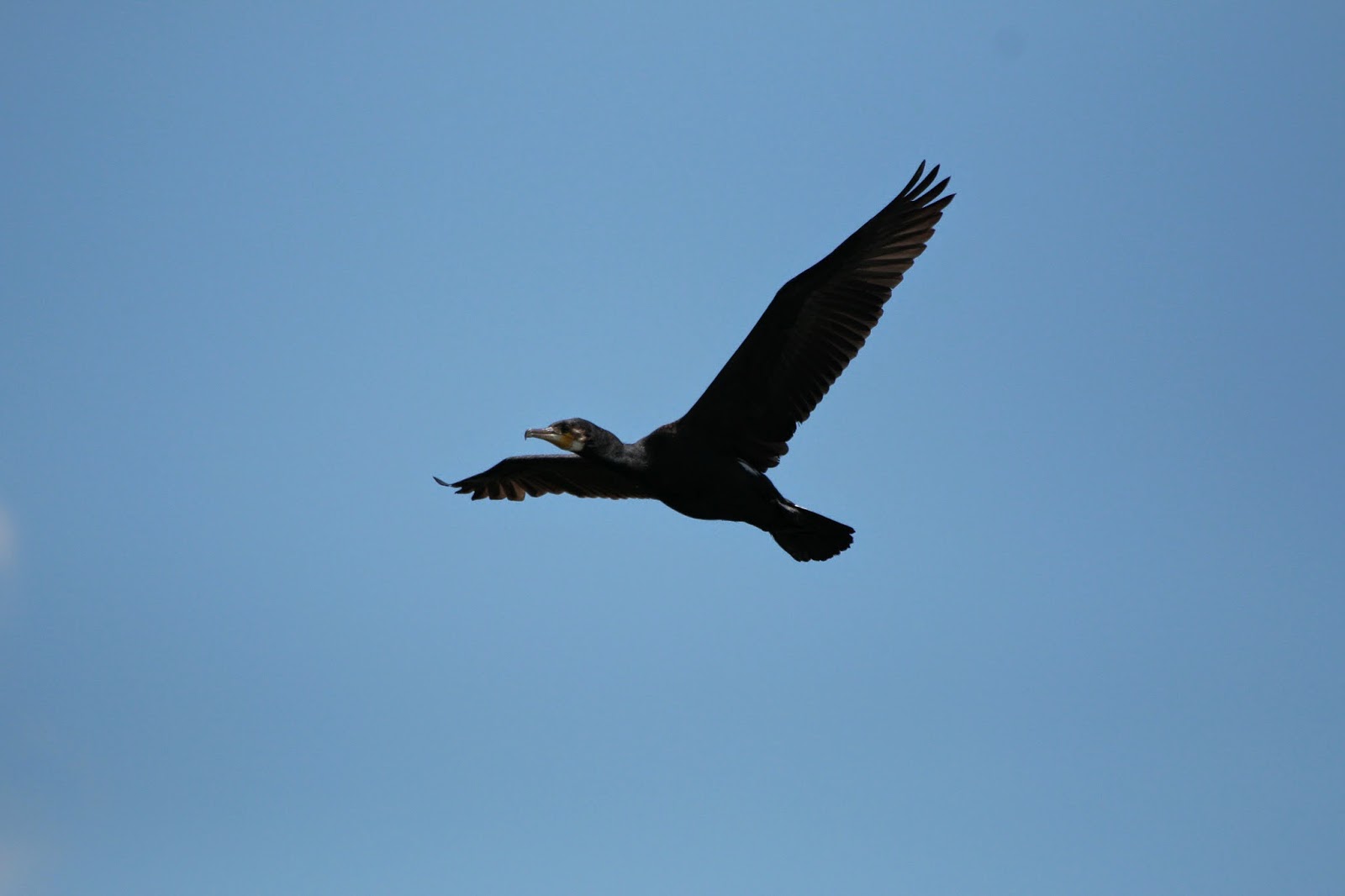 A few hours free so I quickly made my way down to Ham Wall.  I really should have cycled but mainly due to laziness on my part I still haven’t got my bike fixed.  It is letting the side down somewhat but normal service will resume soon.

Anyway, Andrew was already down there somewhere (drinking tea at Ecobites again).
At VP 2 I spied a Bittern but he was too quick for me and dived down into the reeds before I even got a chance to press the shutter.

Getting a little restless I took the opportunity to wander down into the reeds to get in amongst the foliage.  Ray Mears style.  I wish I hadn’t. The denizens of the reeds are a lot less visitor friendly than the main track wildlife.

Chief amongst these antagonists are the Horse flies.  They are not all buzzy and light like a Blue bottle.  Oh no these are seriously heavy duty versions of their light footed kin. Horse flies don’t care what you think of them.  They will bite you no matter what, they can’t be bargained with, they show no fear, or pity or remorse and they absolutely will not stop...

It was all too much... I aborted my wanderings and headed back to the safety of the main track...
Only to be confronted by 2 very angry (as always) swans.  The male hissed and flapped his wings.  It scared me off for a bit.  I waited then phoned Andrew to see if he could cycle down like a silver chariot, leaving only white feathers in his wake.  He wasn’t keen so i faced them alone.  I stamped and shouted a bit, the swans closed their eyes nonchalantly and started to go too sleep!

Plucking up the courage I jogged forwards, the male hissed but did slip out of the way into a nearby ditch.  Proud that I had beaten a swan i met up with Andrew back at VP2. 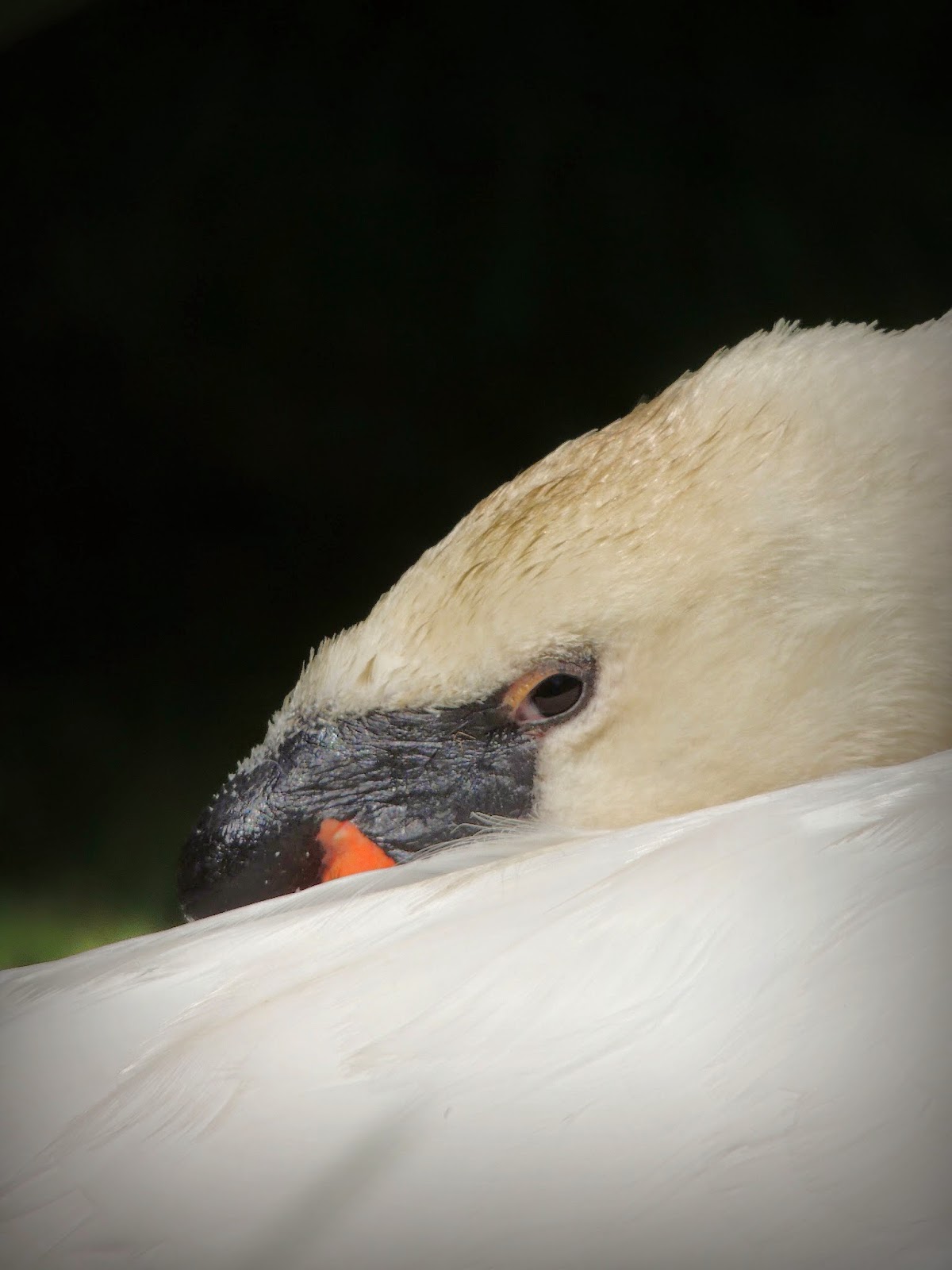 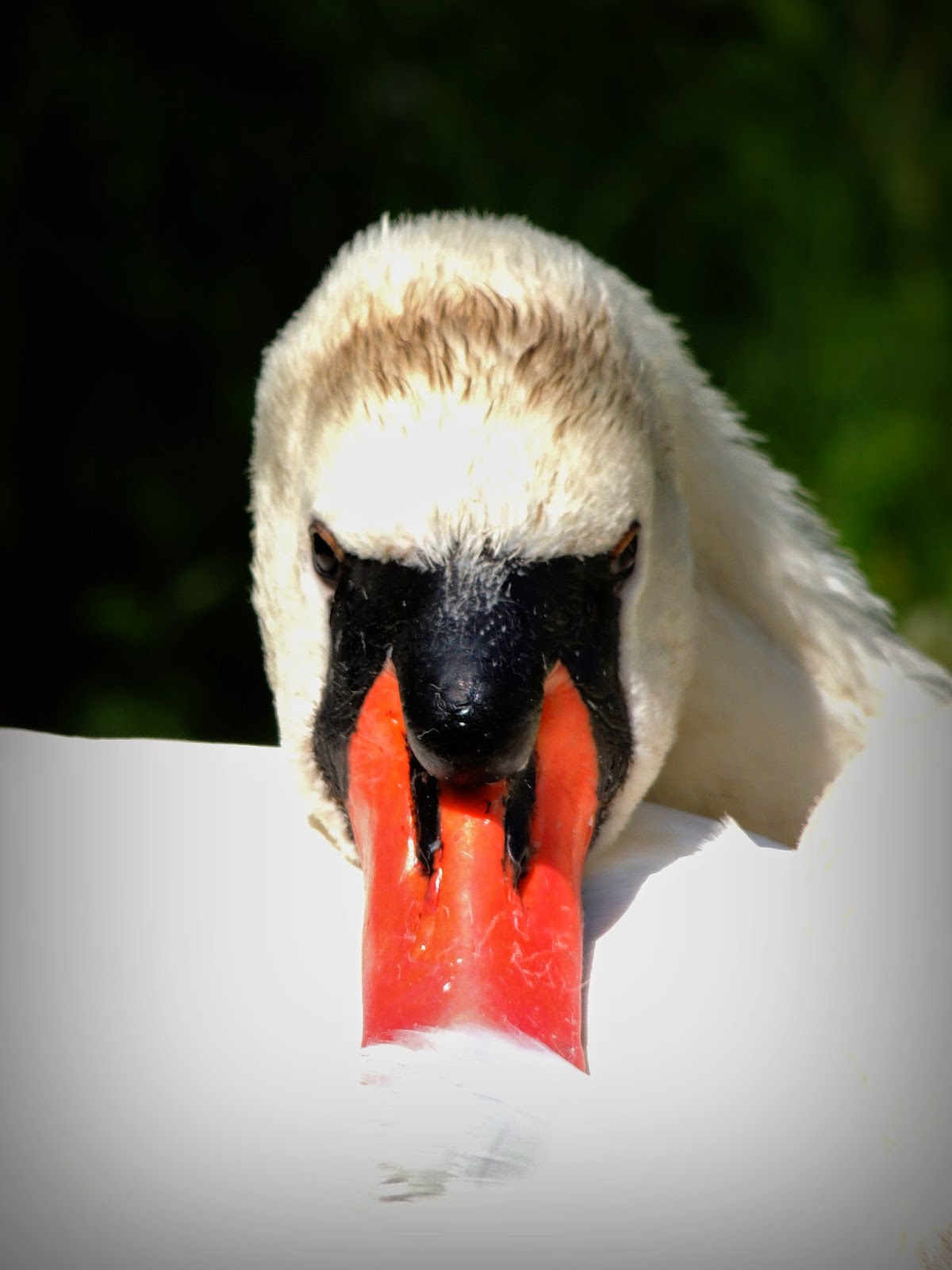 Much discussion ensued regarding cameras, blogs and houses with good views of Marsh harriers.  Speaking of which, we saw loads.  At one point there were 3 of them scrapping mid air.
A very nice golden hued Bittern flew along providing a good extended view, along with a Sparrowhawk and a Hobby.  Just as we were packing away a Cuckoo flew past as well.  All very nice.

There were also plenty of swans!

Andrew showed a few birders a picture he had got last week of something that shall not be named for the time being... Stay tuned :-) 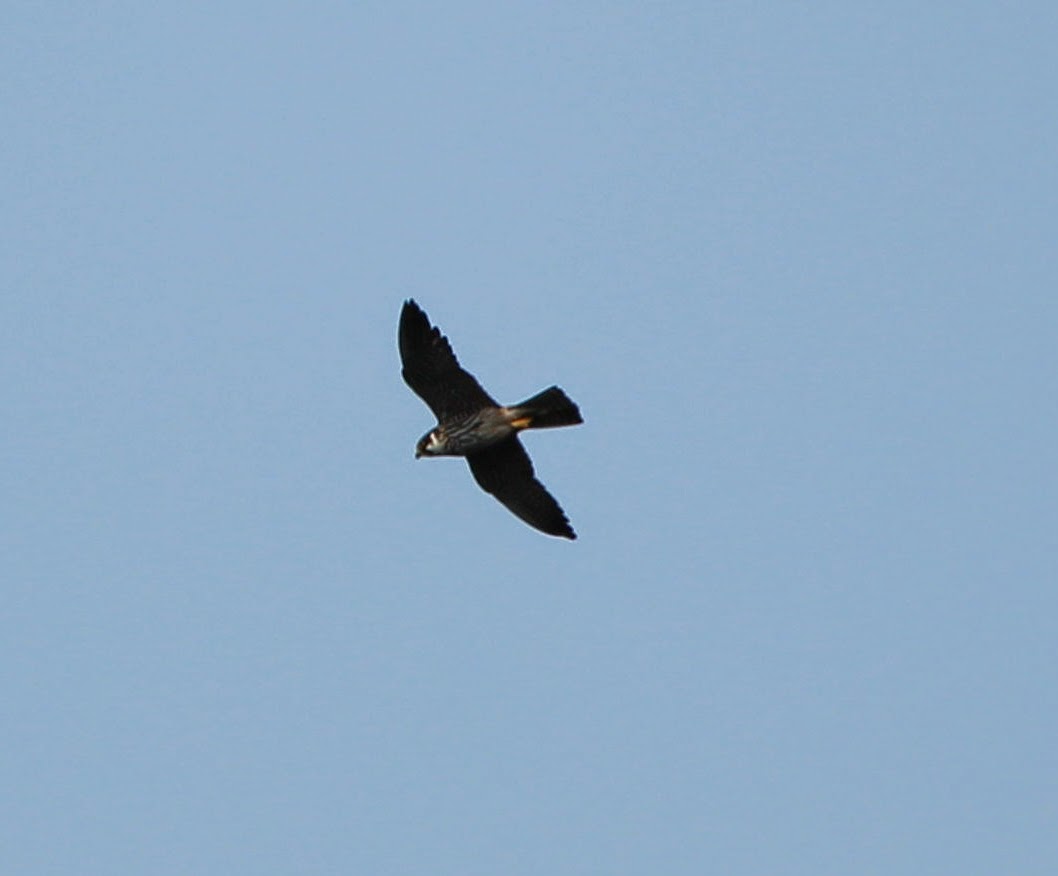 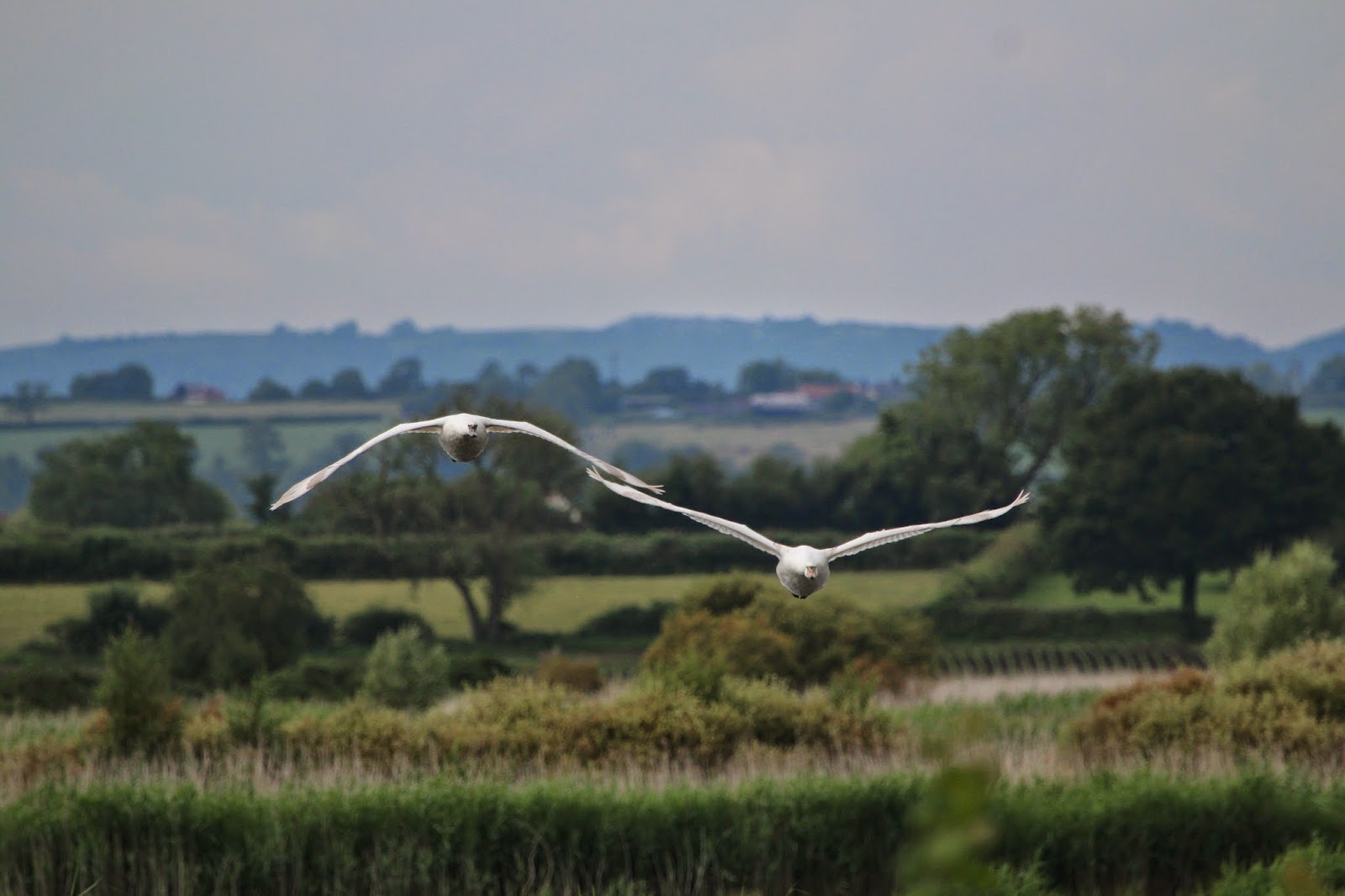 Are these the culprits? 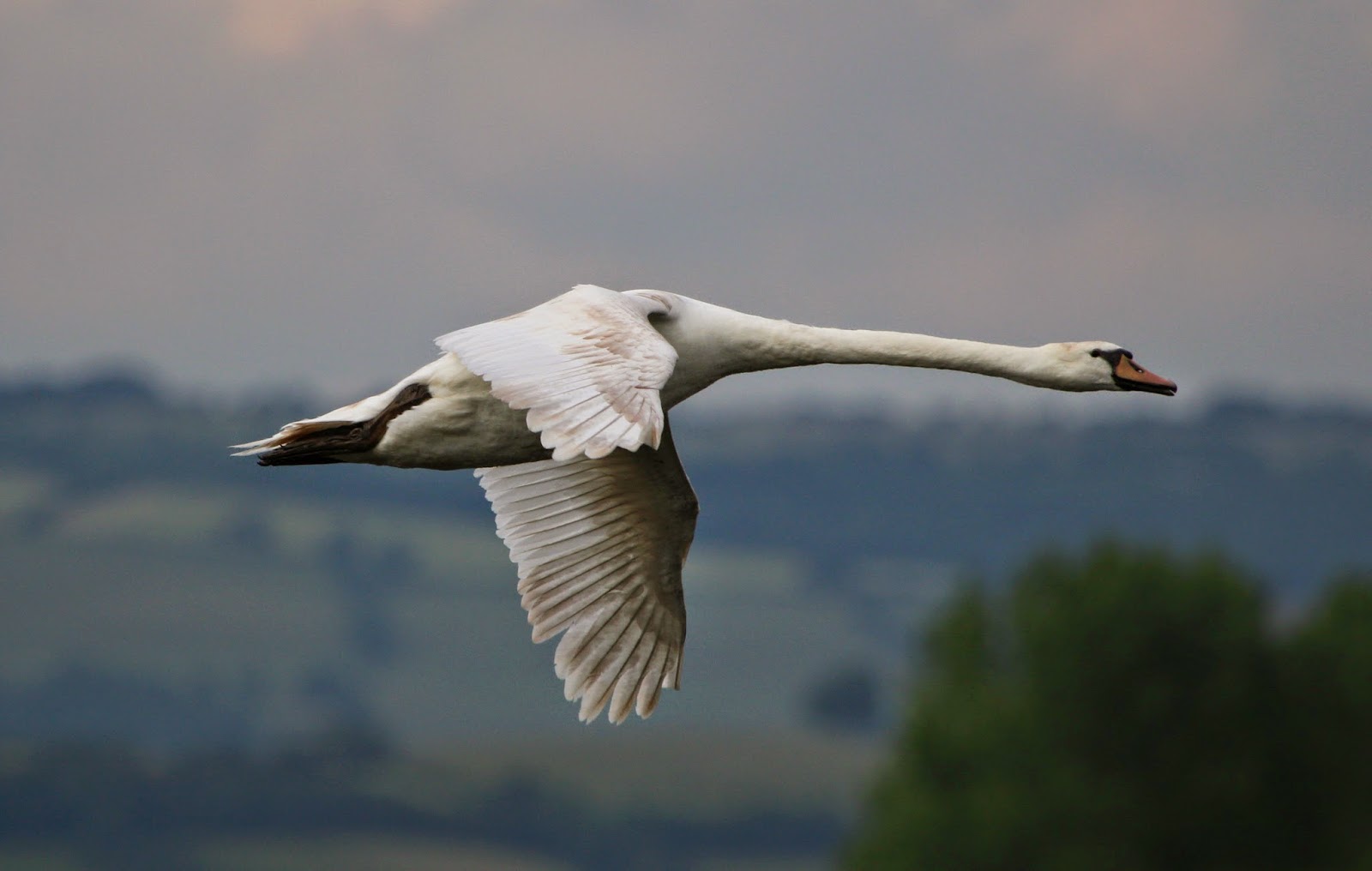 Have you seen this Swan looking aggressive anywhere?