So long, and thanks for all the Dragonflies

With apologies to Mr Adams

The mist was thick as I cycled down out of Glastonbury on my last day of holiday. Thoughts of the crystal clear waters of Sardinia* where still in my head. I wasn't disappointed by this change in weather. I love contrasts. Bring it on I say. If it was always baking hot sun all year round it would be boring. So on I peddled knowing the sun would break through later. The enchanted wood was in flux. The leaves where raining down with a constant trickle. Just before the wood starts I looked to the field besides and hunting between the feet of the cows was a Grey Heron. This took me back to last week when I jumped out the hire car to snap a Cattle Egret doing just the same. 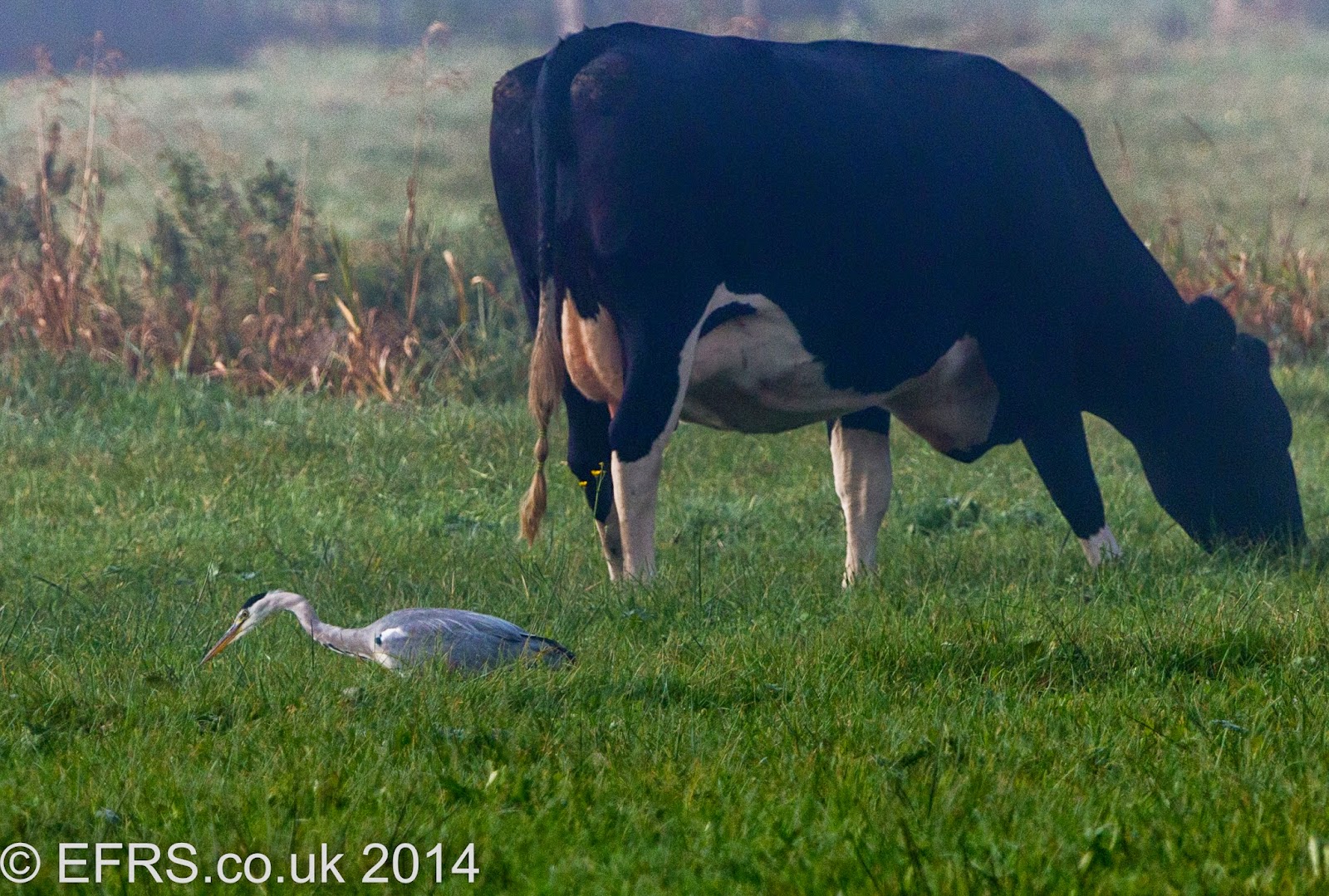 Grey Heron in the mist

Nice sight I thought. Then my blood ran cold. My mind focused and I girded my loins for the battle ahead with my nemesis. The Woodpecker of the Enchanted Wood. I slowed and dismounted. I would meet him on foot. Camera in arm I slowly entered. As usual he was waiting for me. Before I could react he flew. But wait, he flew towards me and perched on a trunk. Ha! A fatal error my worthy adversary You are mine. Oh how I was wrong. He was simply toying with me................ 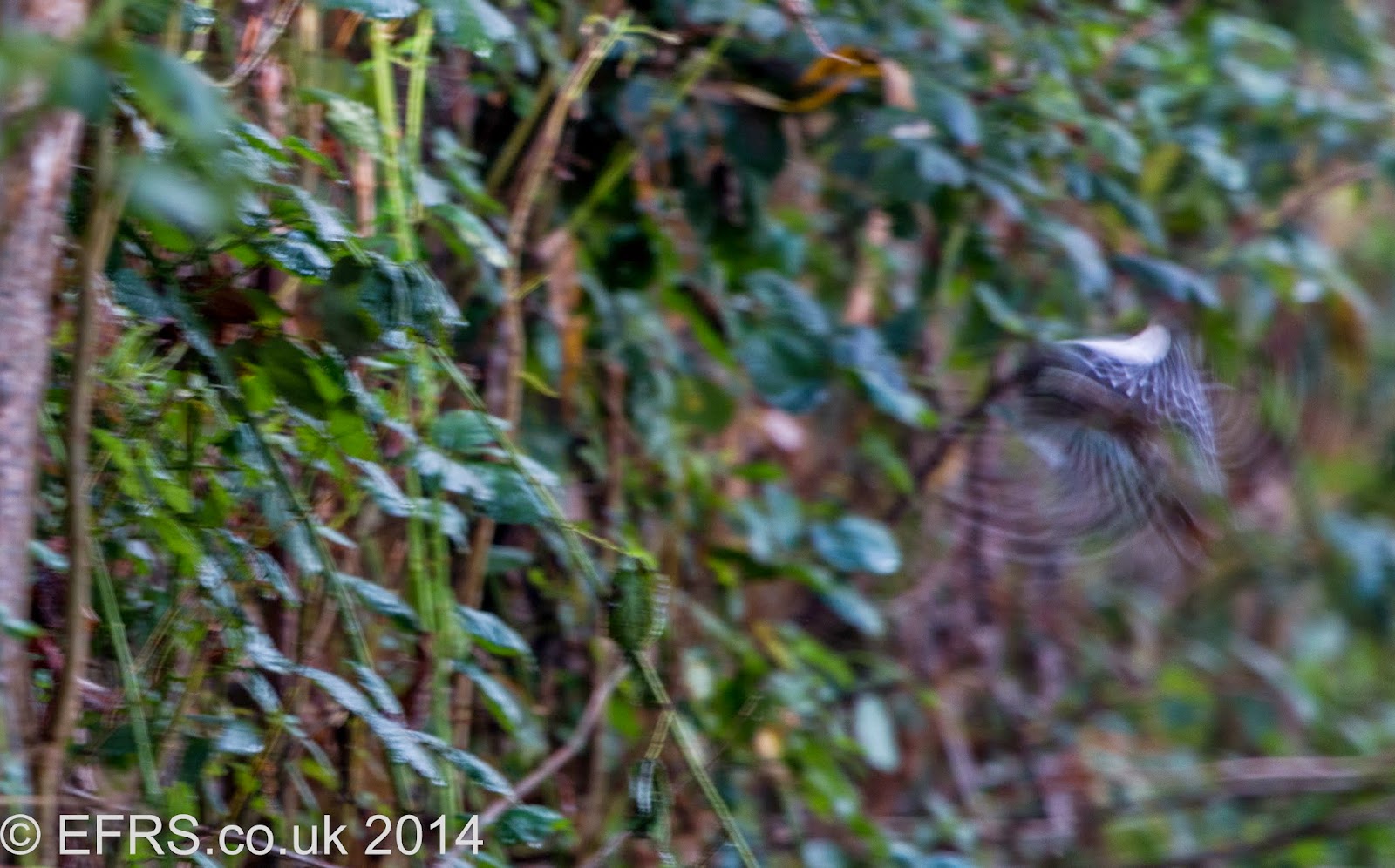 The Phantom Woodpecker of The Enchanted Wood

For days about 20 minutes I stood but no sign was seen. He had spat in my eye and was merrily tapping away on a distant tree. 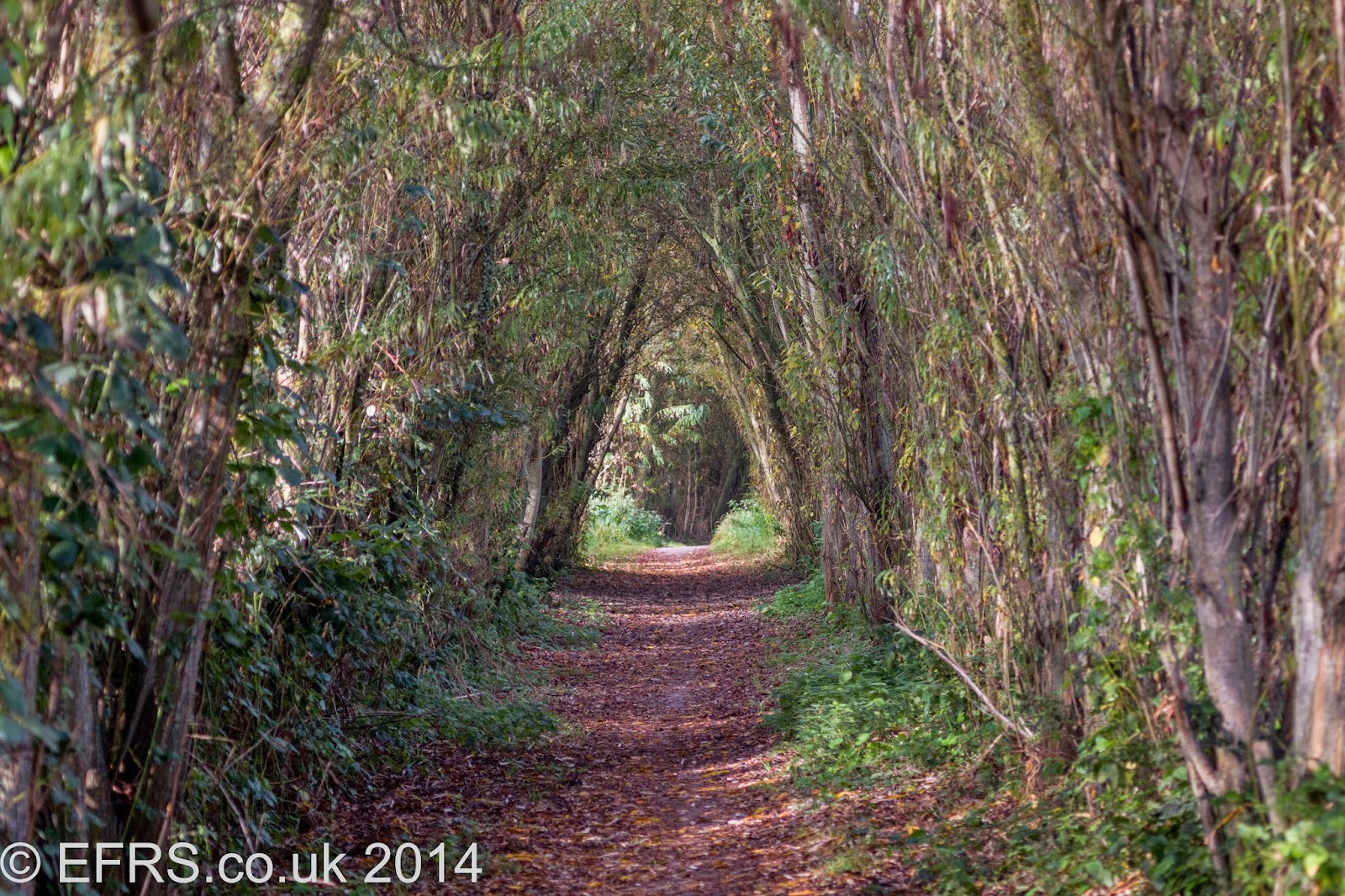 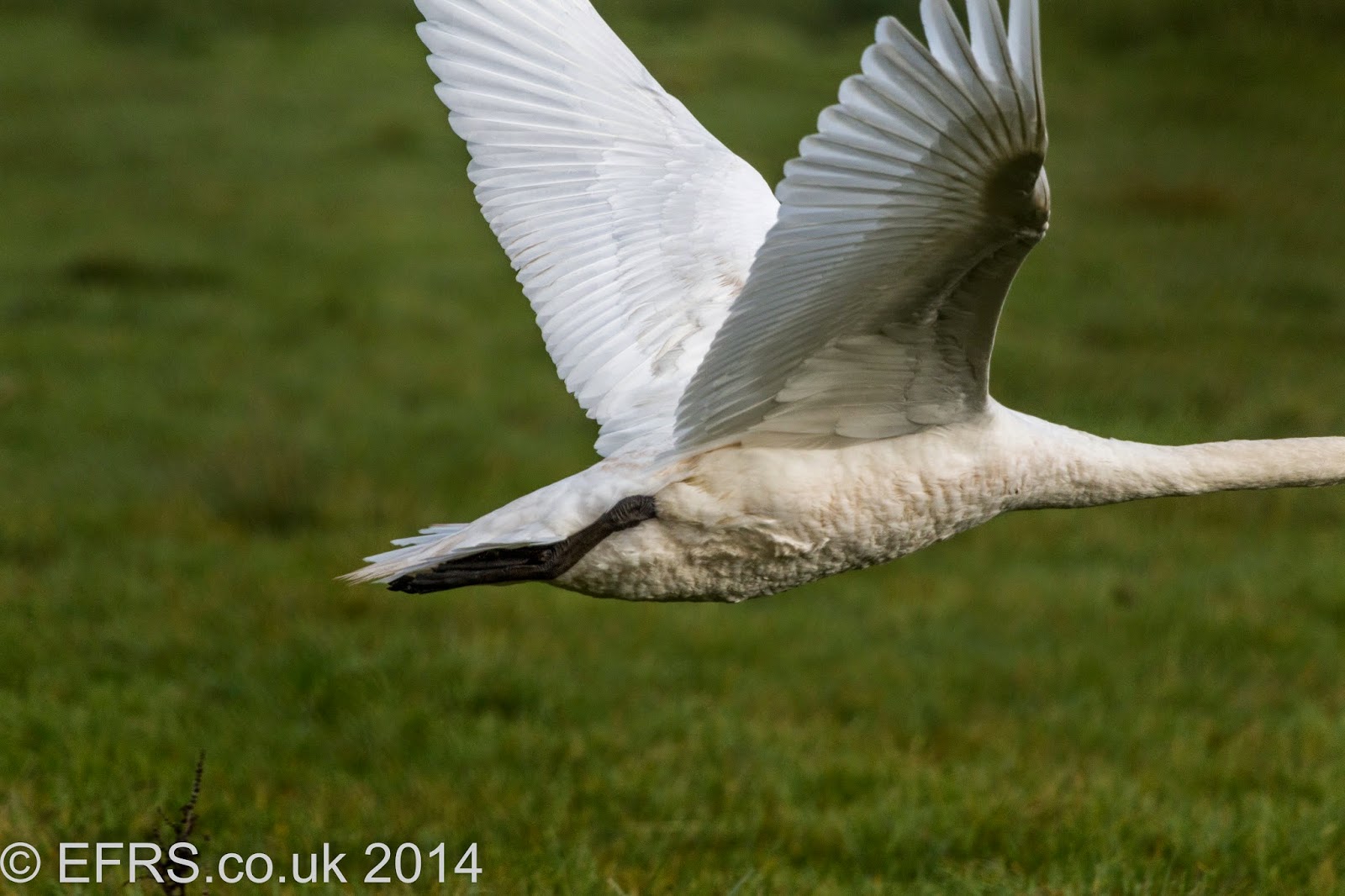 I sometimes forget I can zoom back from 400mm!

So to Ham Wall. VP2 was looking good. Few people around today being mid week. Quit a few new arrivals of ducks including Gadwall and Teal. A pair of Black Tailed Godwits on the far bank and a couple of Ruff feeding. Even a female Shoveler A few chats and I was off again to VP1. Not a lot at this spot except a nice volunteer who I chatted to for a while. Interesting talk about Marsh Harriers and the fact the males can often look very un-male like. That explains a lot. 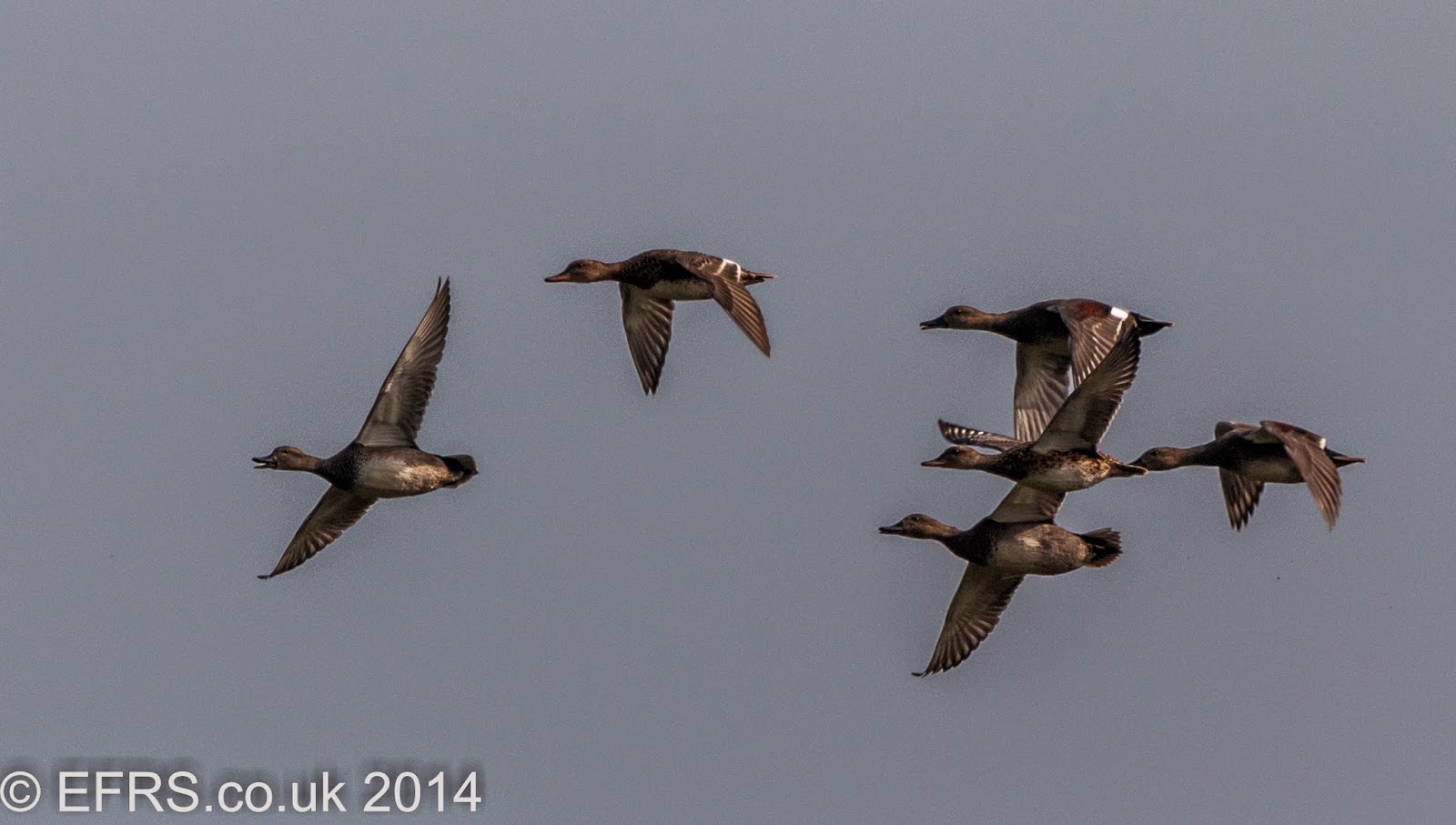 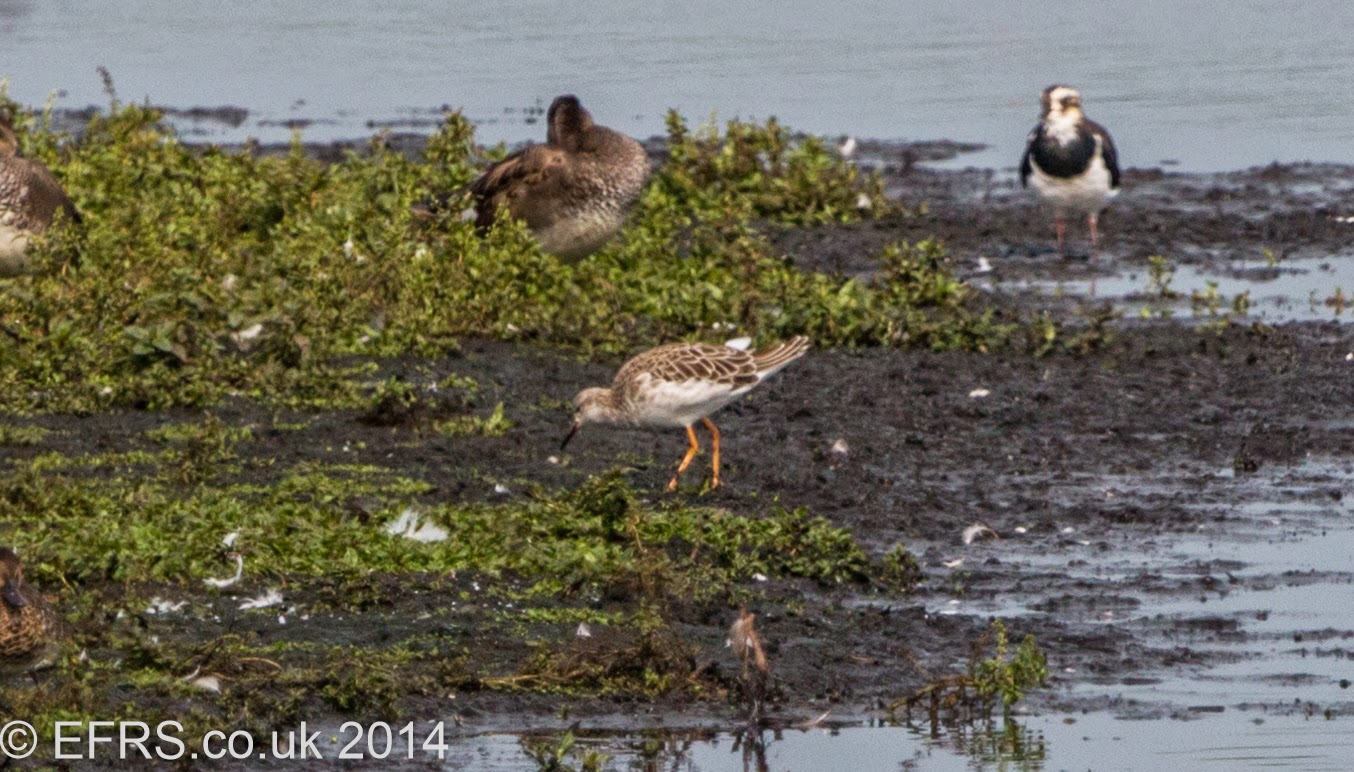 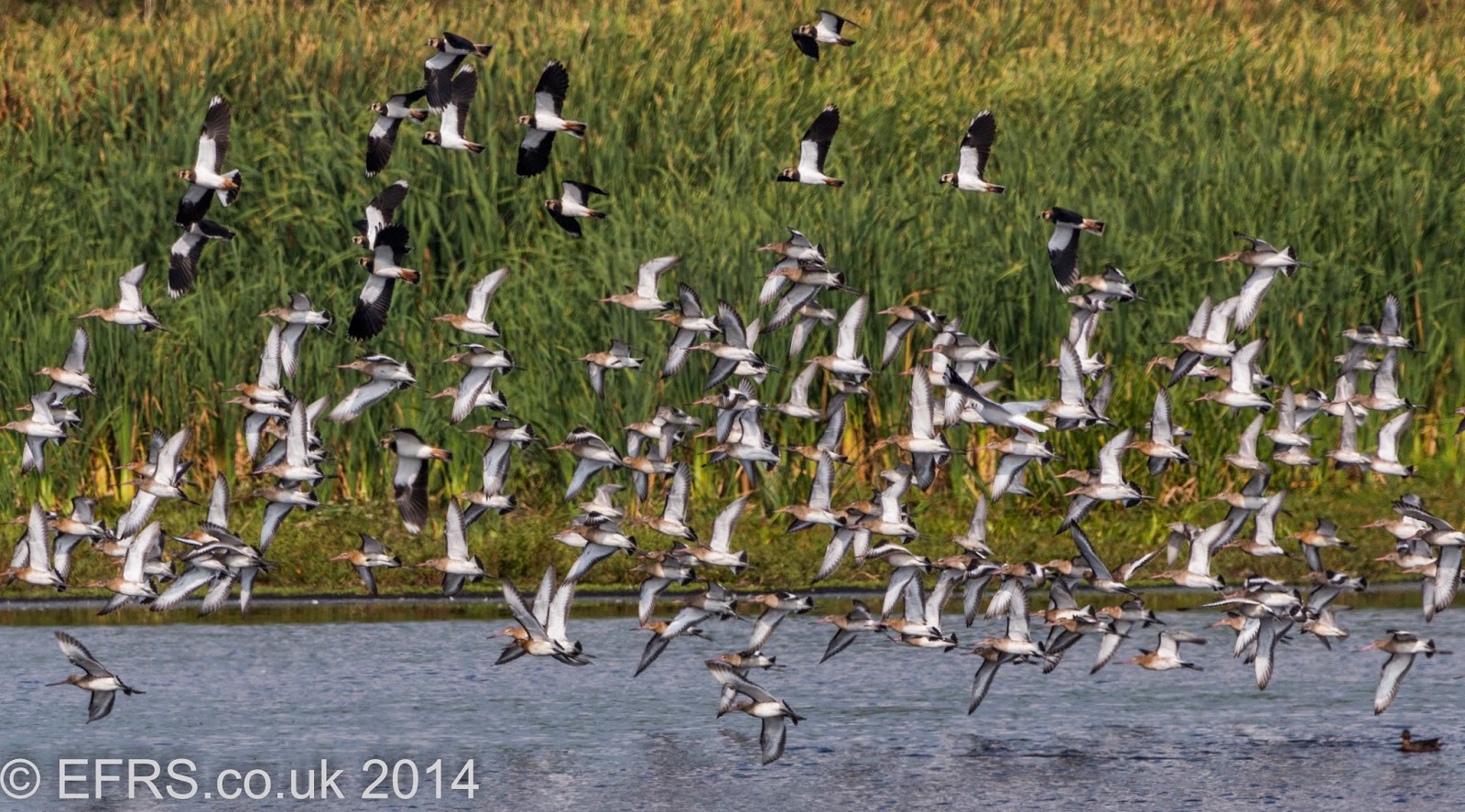 Godwits and Lapwings (Theres a ruff in there too)

All the while these birds where being spooked by Marsh Harriers. They where coming in low and close to the water. Usually they are far back above the reeds. Not this time though.

I cycled on passed Noahs, stopping for a mo. I heard two Tawny Owls call very close in the wood opposite. I had a quick look but was hungry. Lunch at Eco-Bites over with I popped back to the Mear Heath wood and hide. No sign of the Owls but these Bracket Fungus caught my eye. Its been a while since I studied fungus. 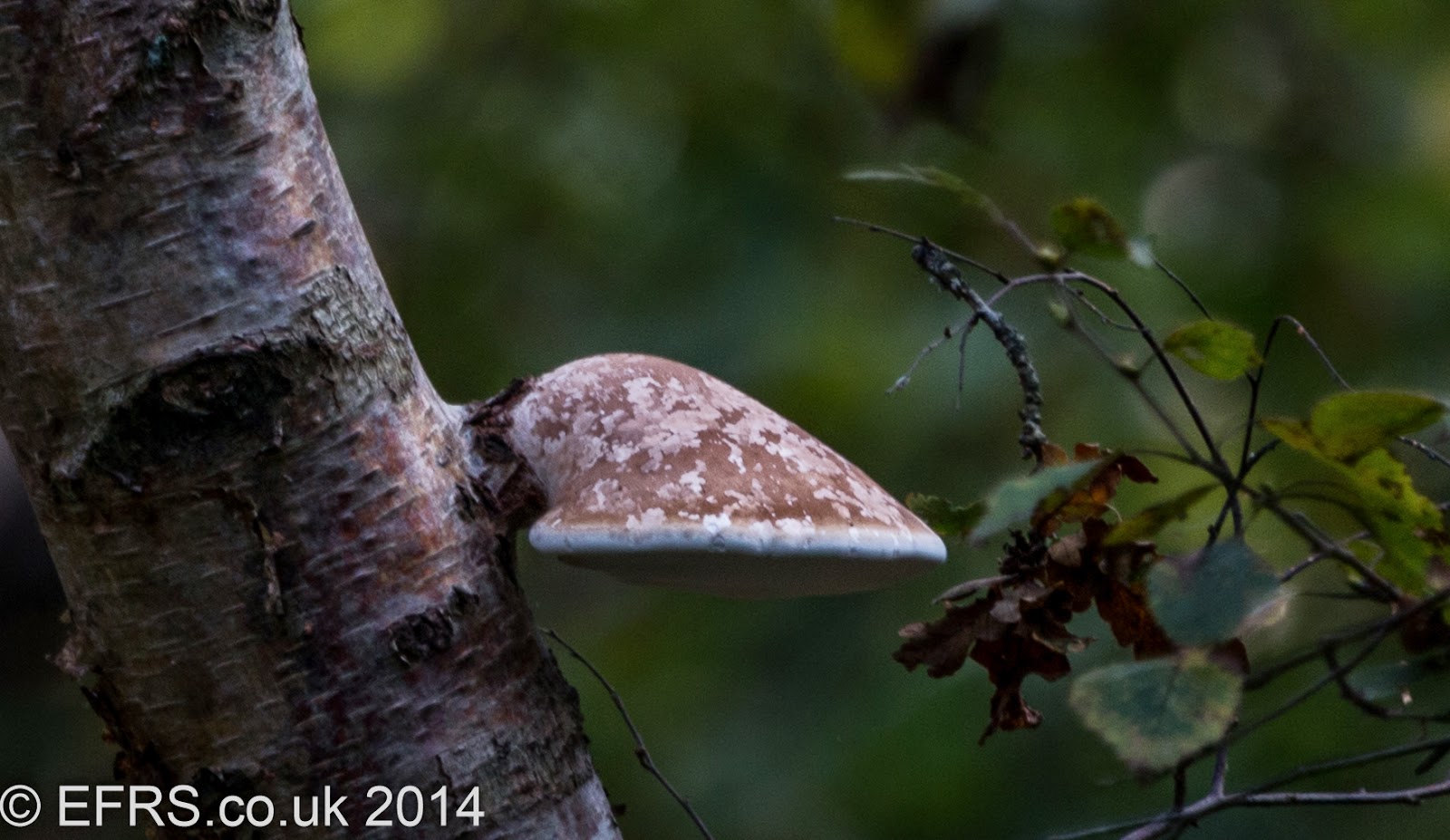 Popping into the Mear Hide it was business as usual. Absolutely sod all save a Solitary Male Tufted Duck doing a bit of practicing before the big date. 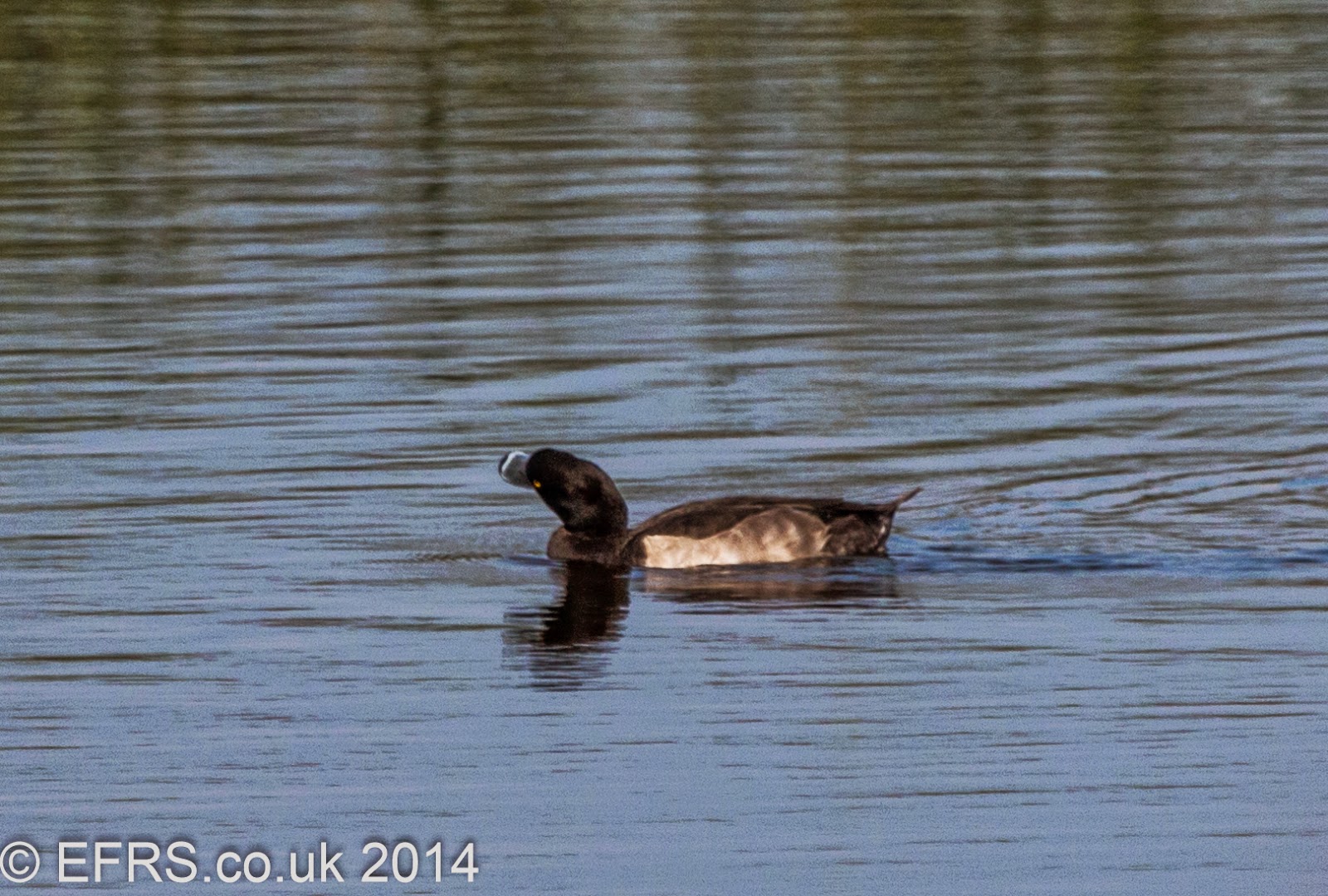 The 'Just checking for Pike' look 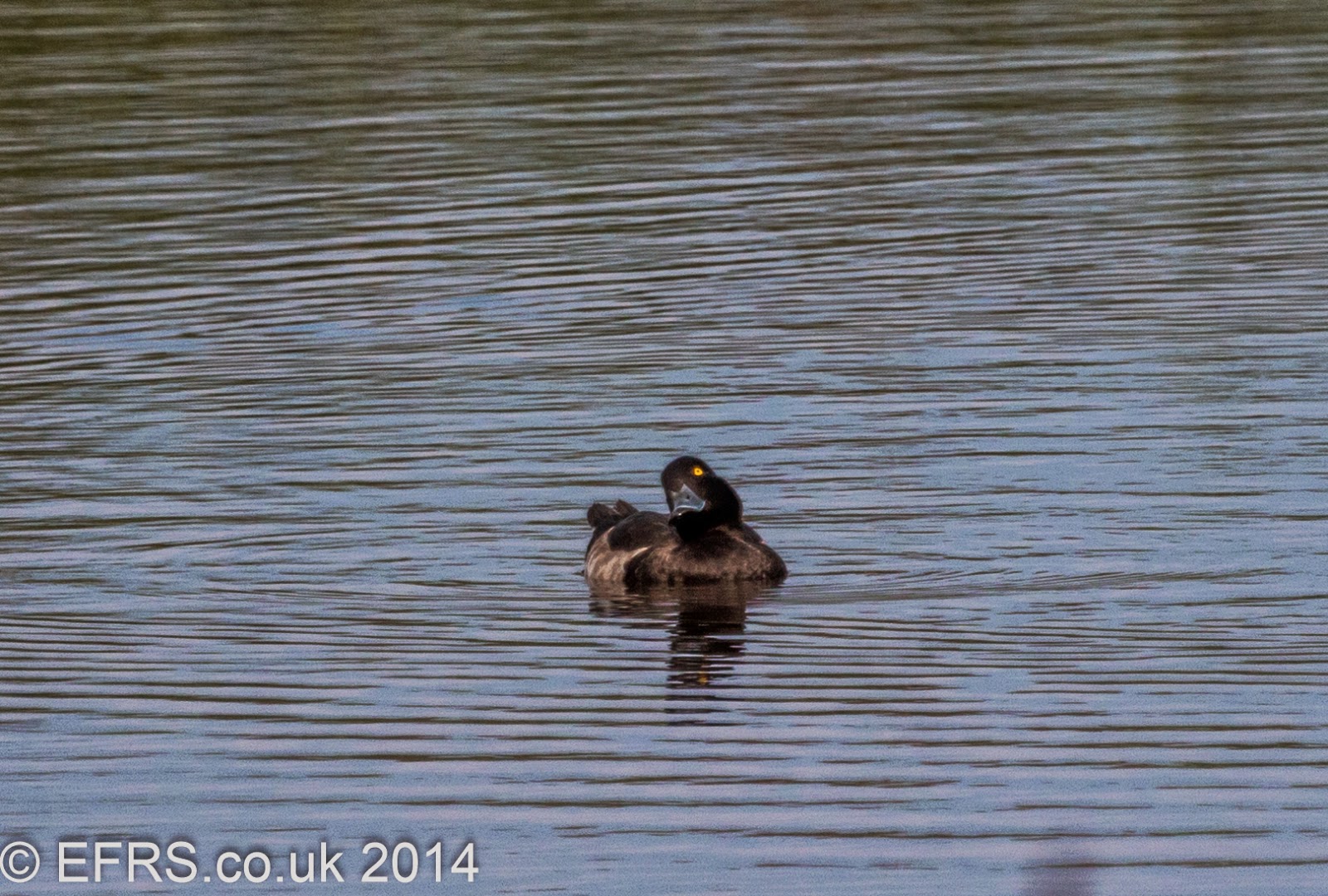 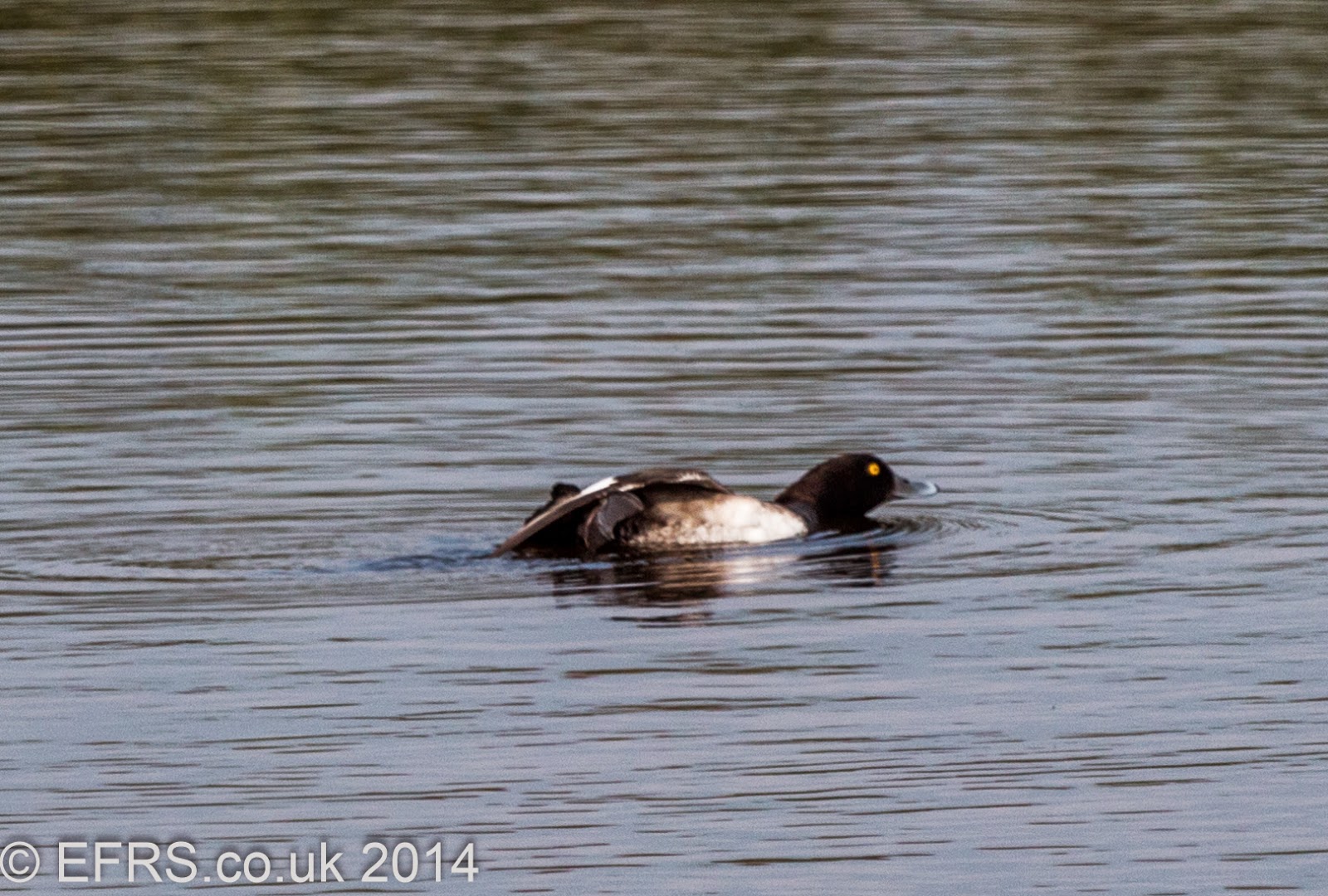 The 'Im coming to get you' look 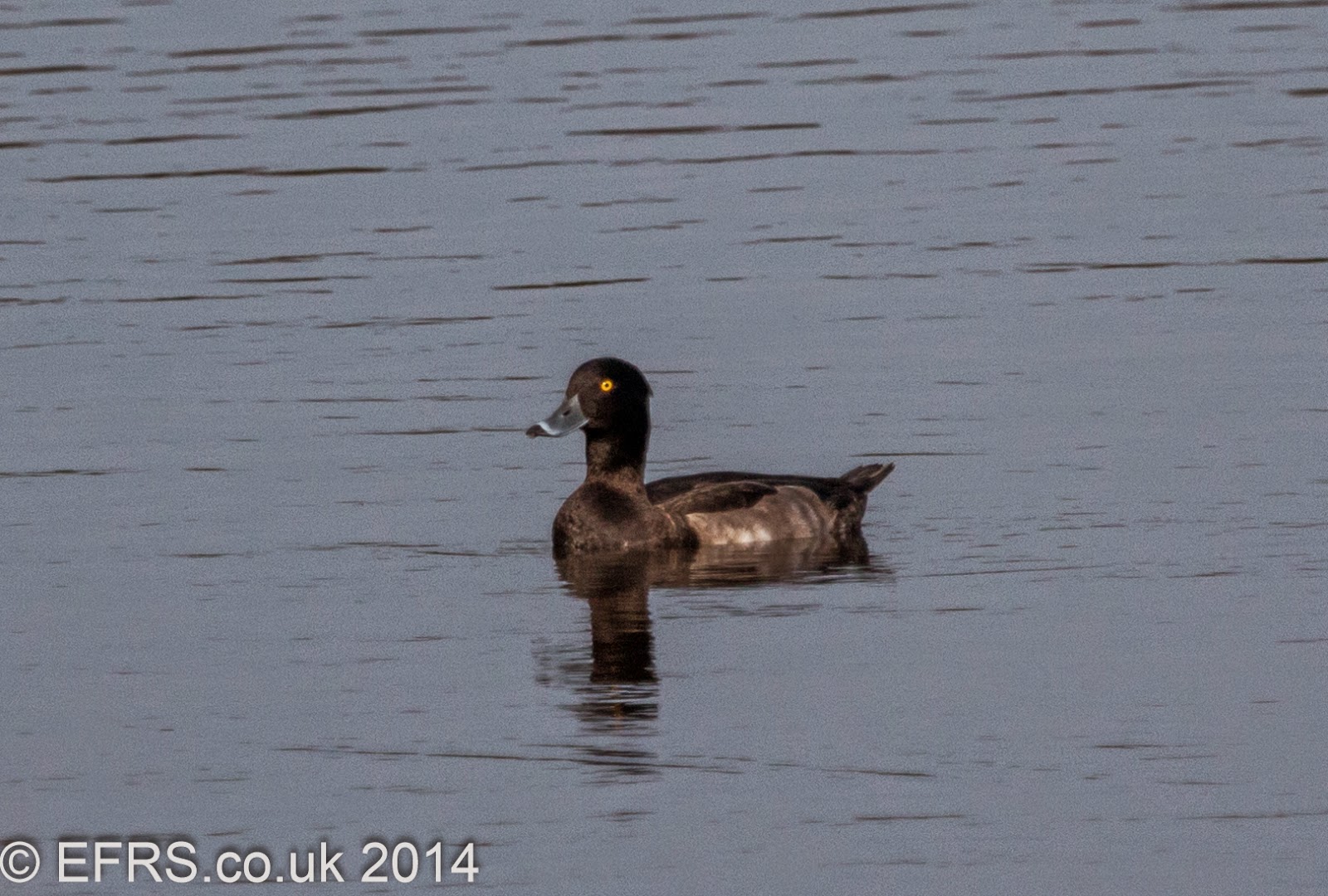 Check me out girls

Back past the scrape and on back to VP2 at Ham Wall where I met up with James with his new Scope. Not a bad job for the price. Nice zoom up to x74.

Thats when things got interesting. I thought I had seen a Kestrel far away when James arrived. We where wrong. It was the last of this seasons Hobbies. He put on a very good display. Right above our heads. Along with the Marsh Harriers that flew close we were snapping away for some time in the yellow evening sun. 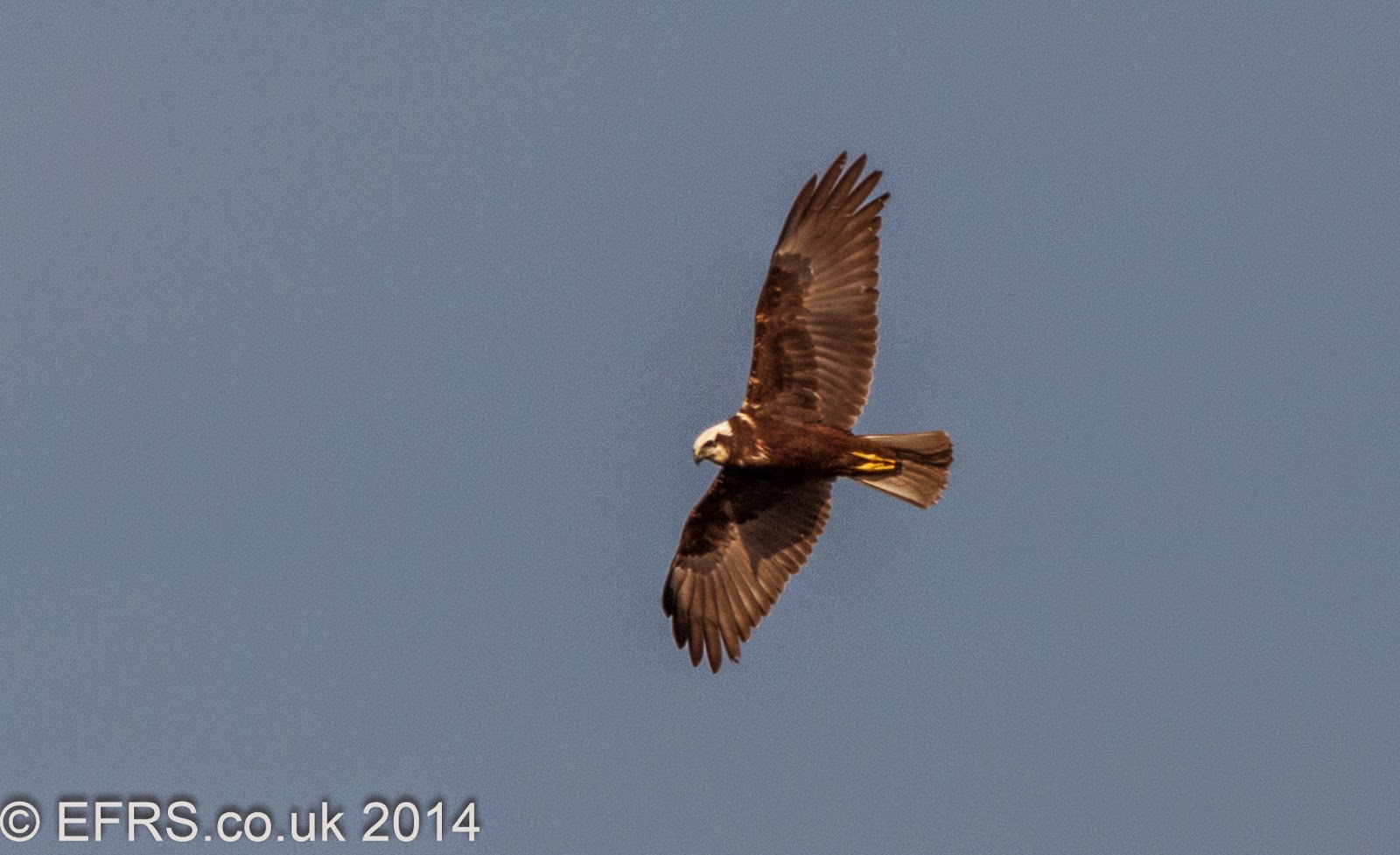 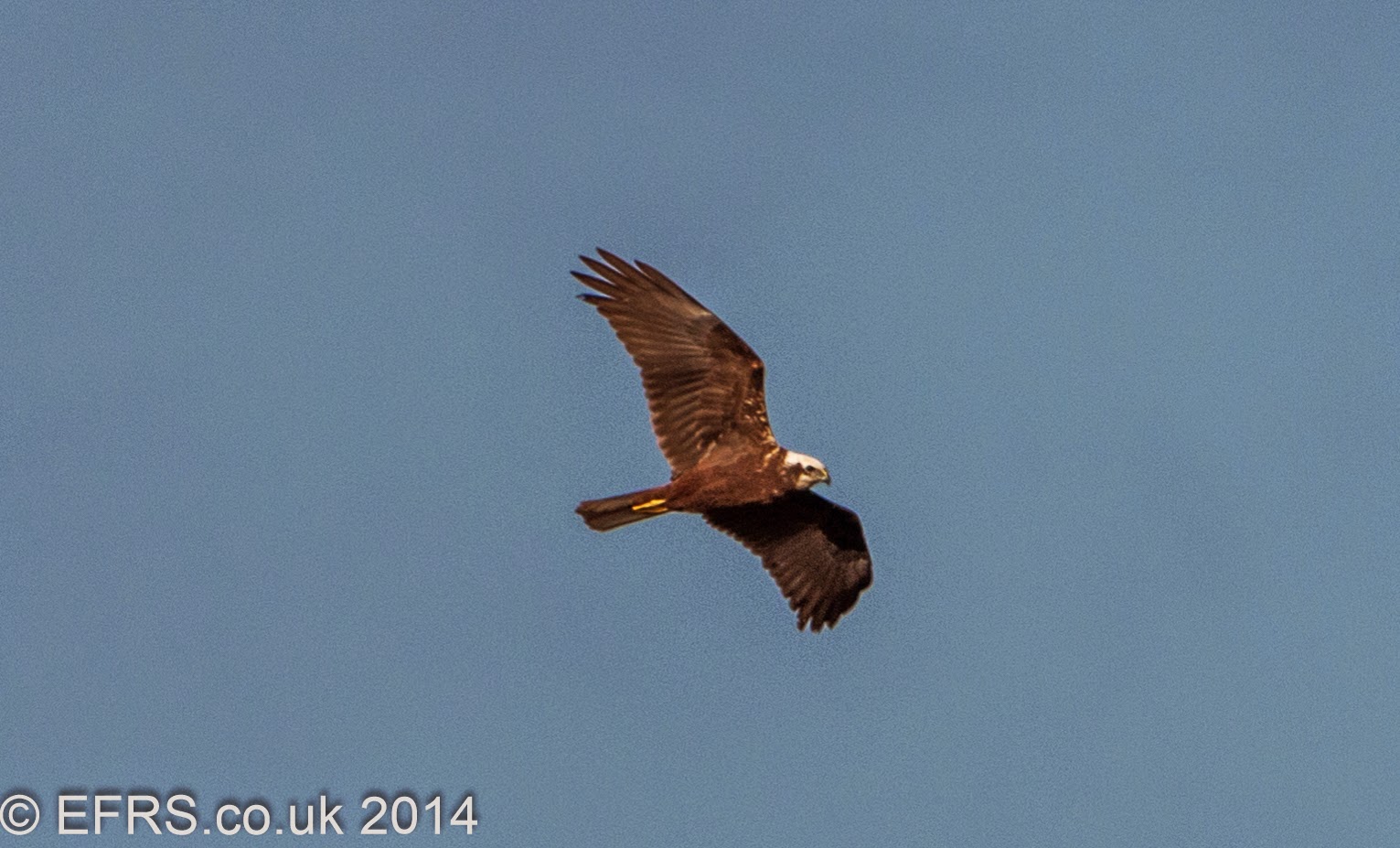 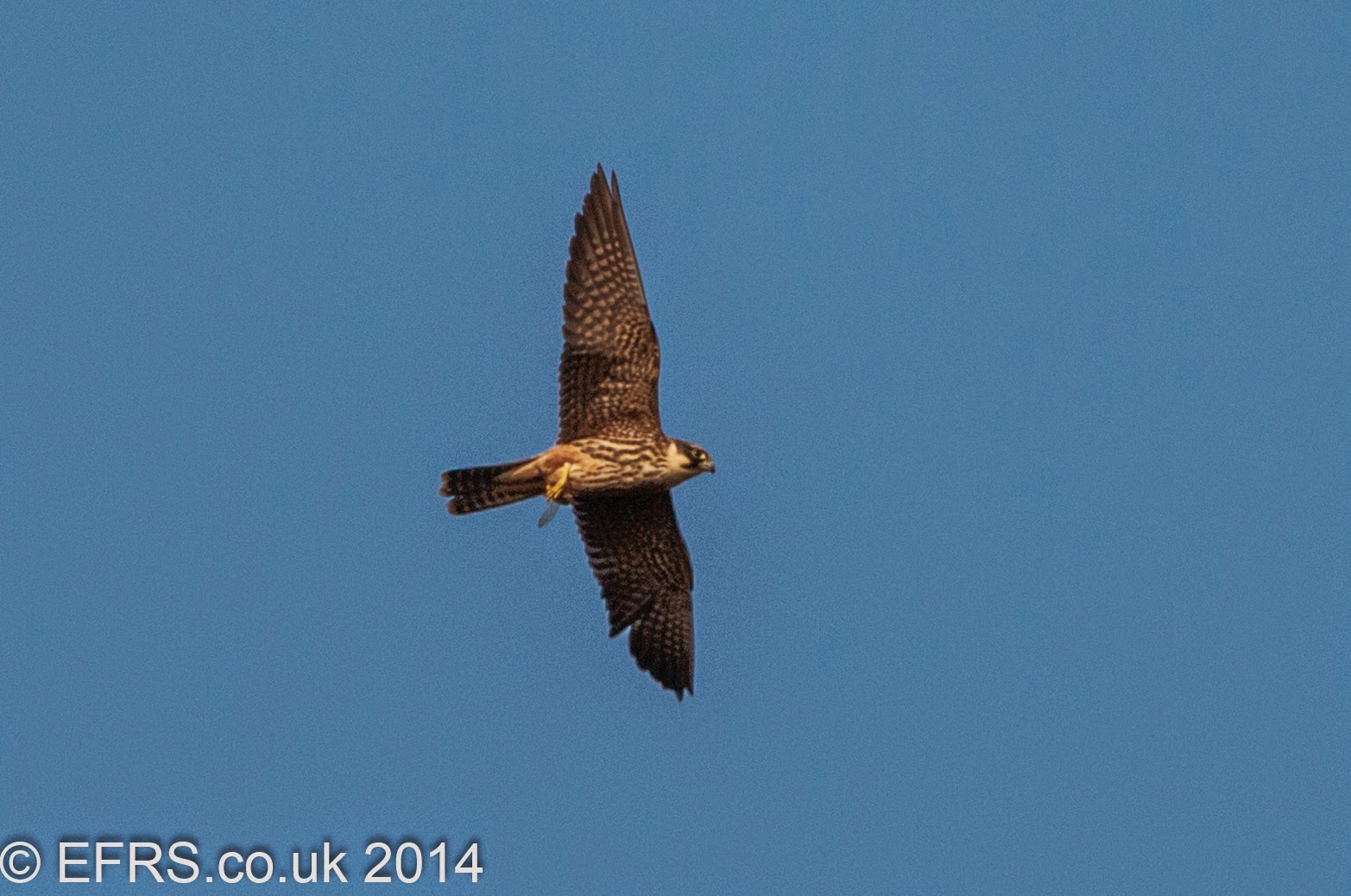 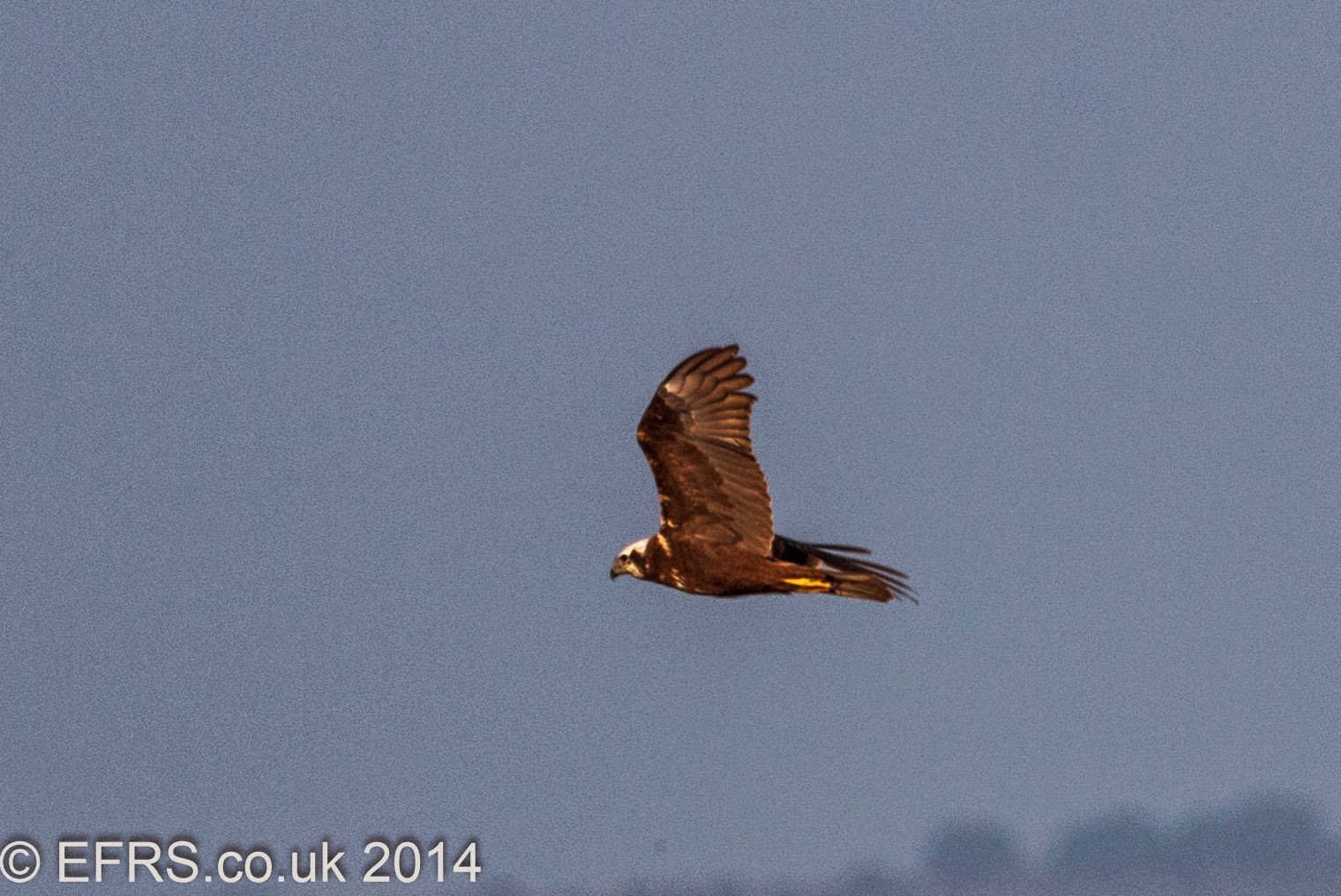 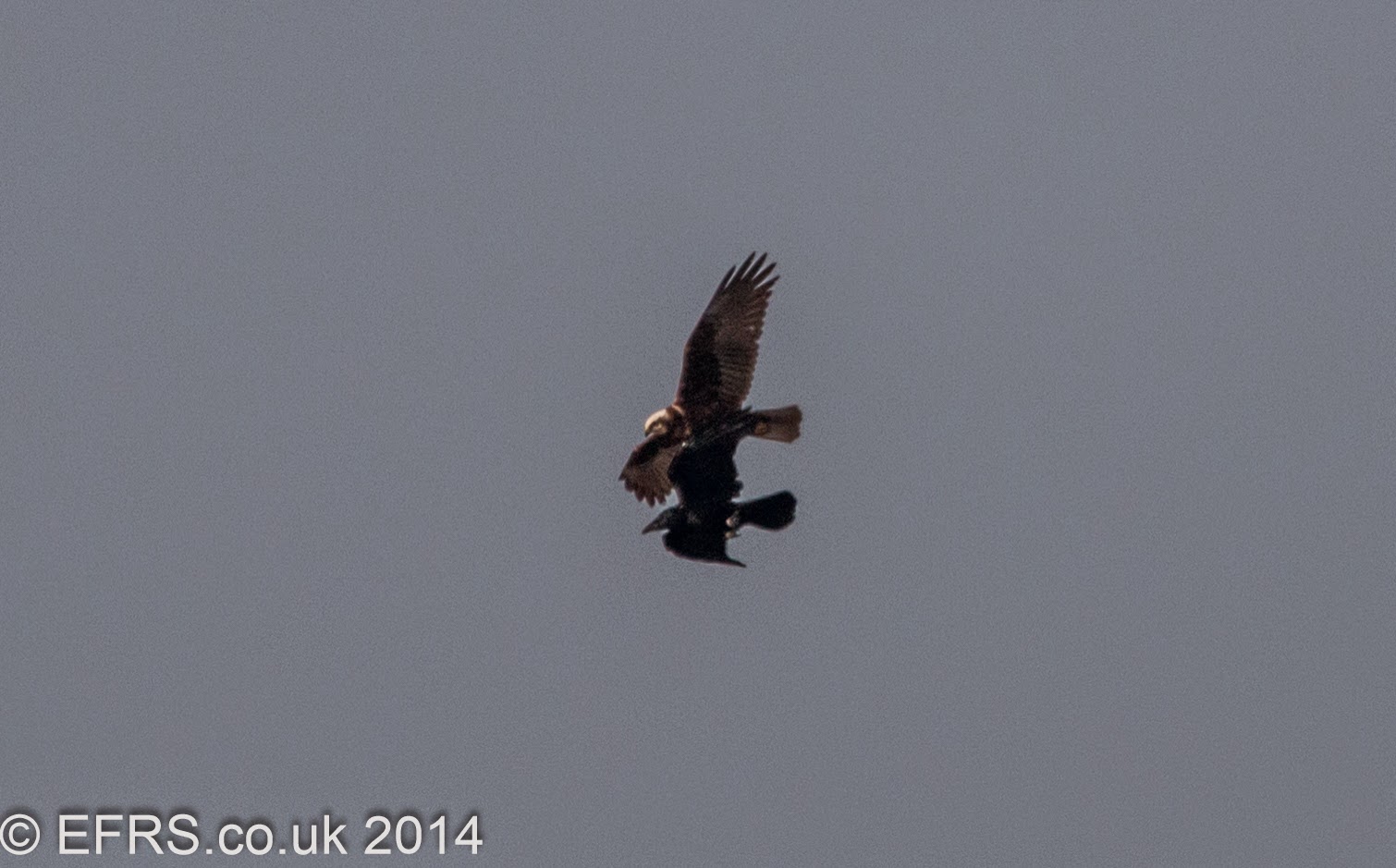 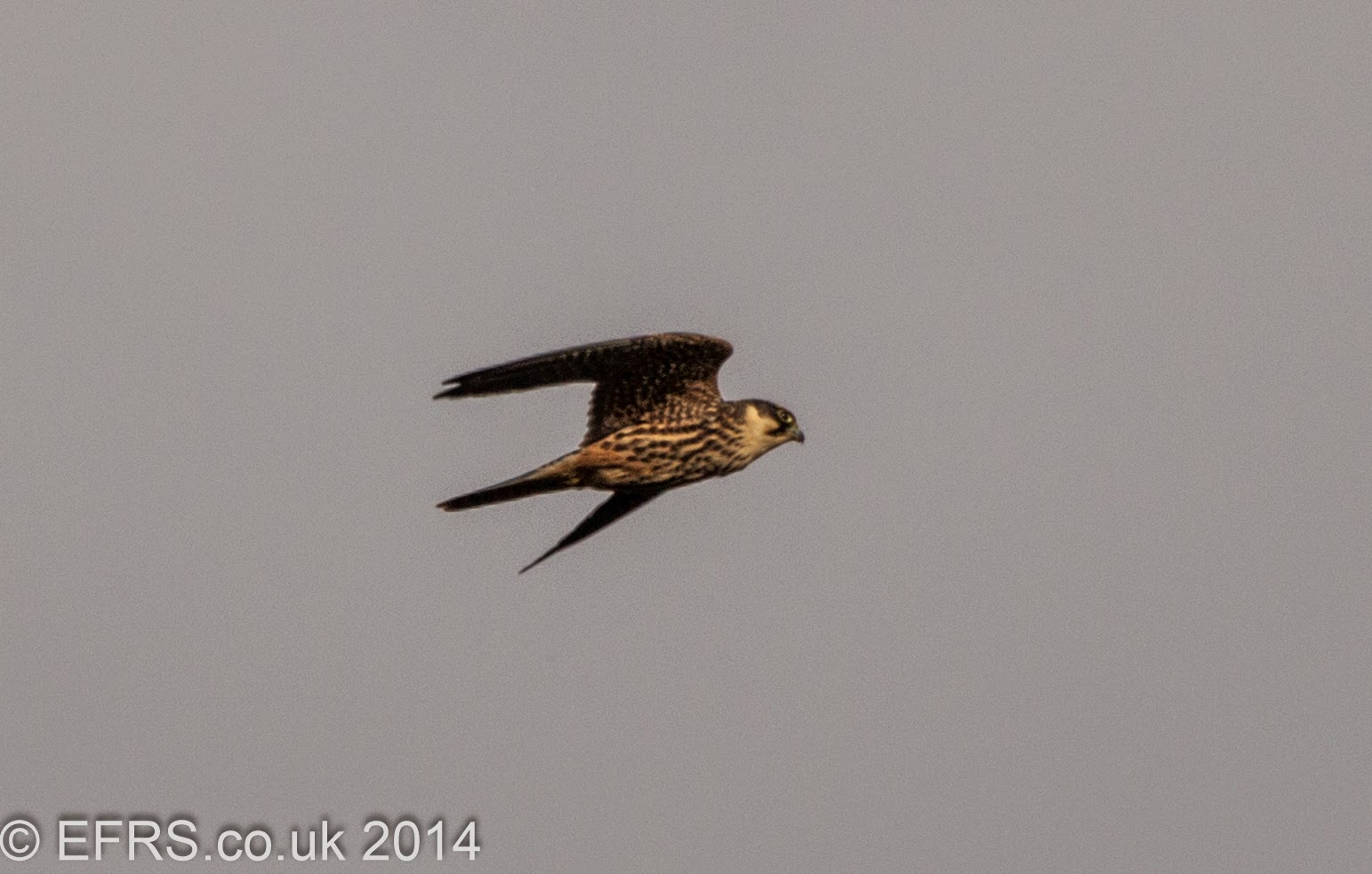 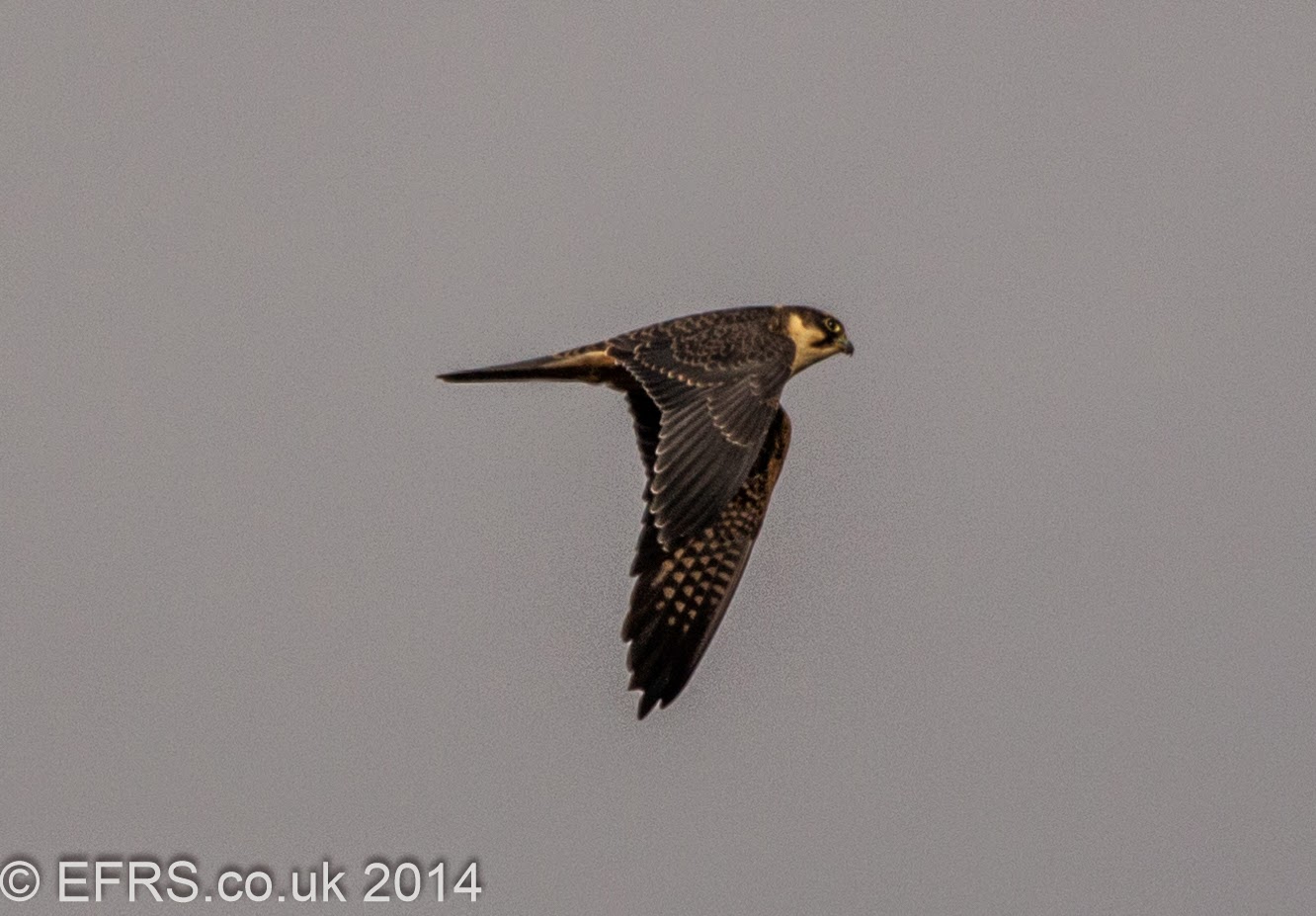 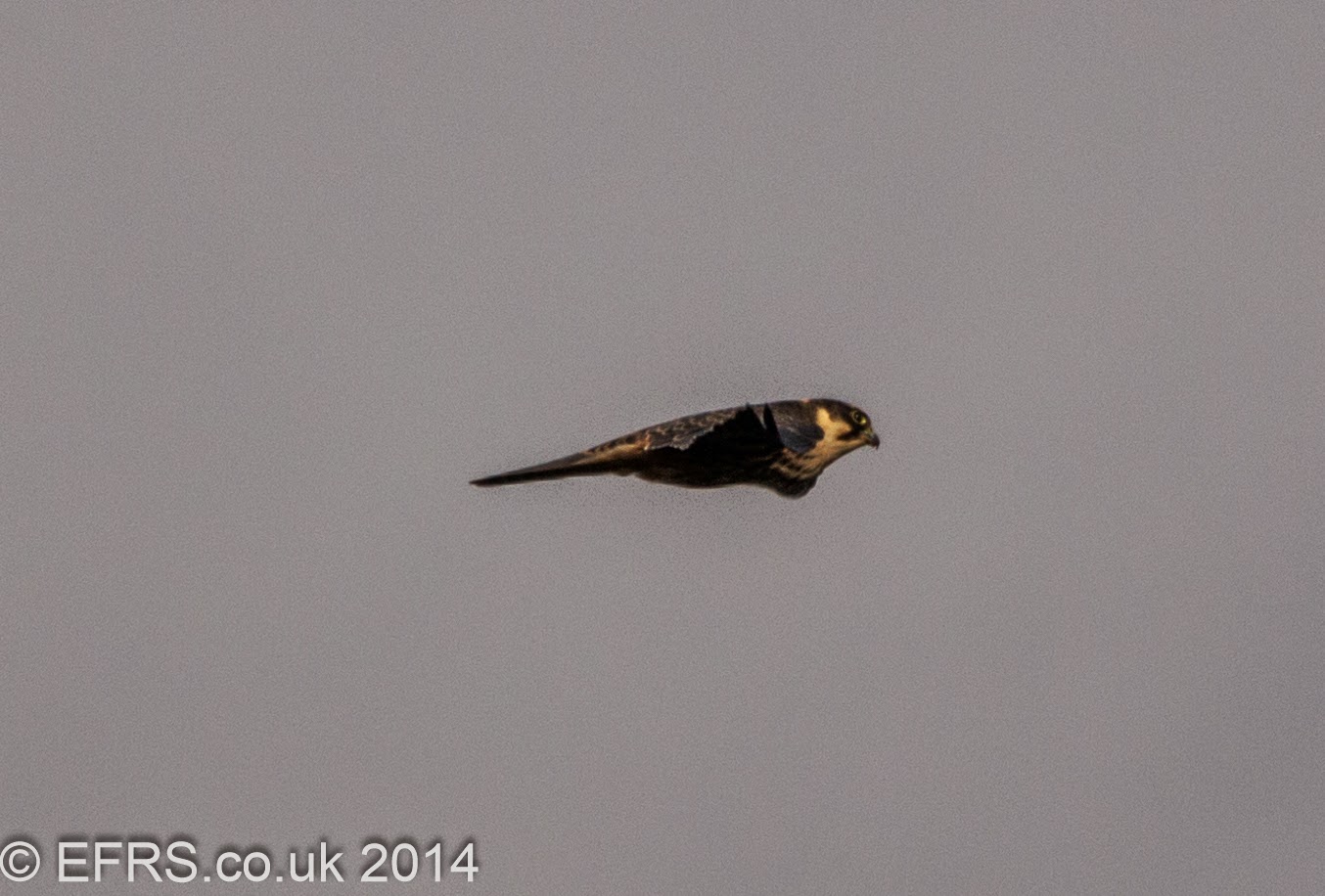 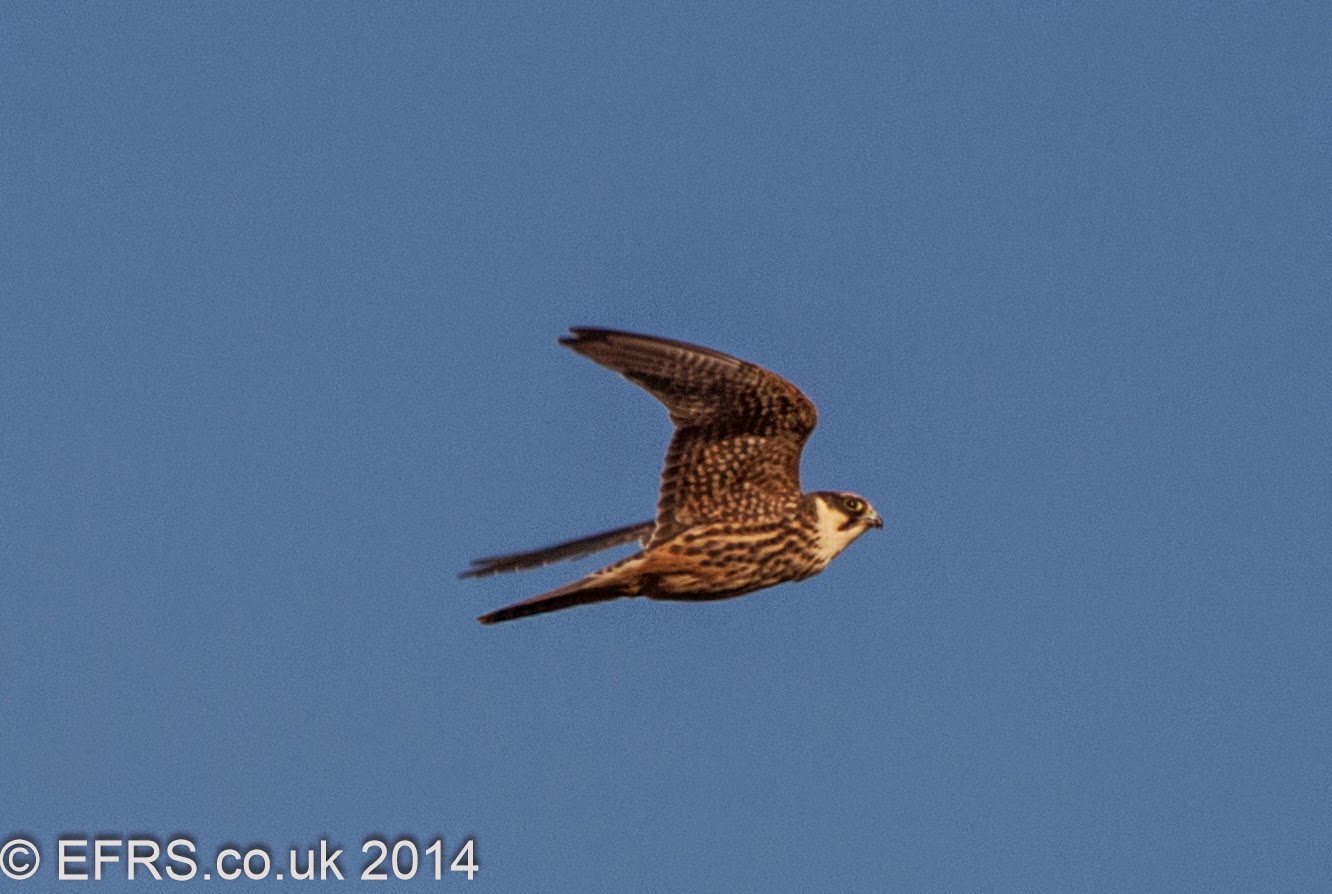 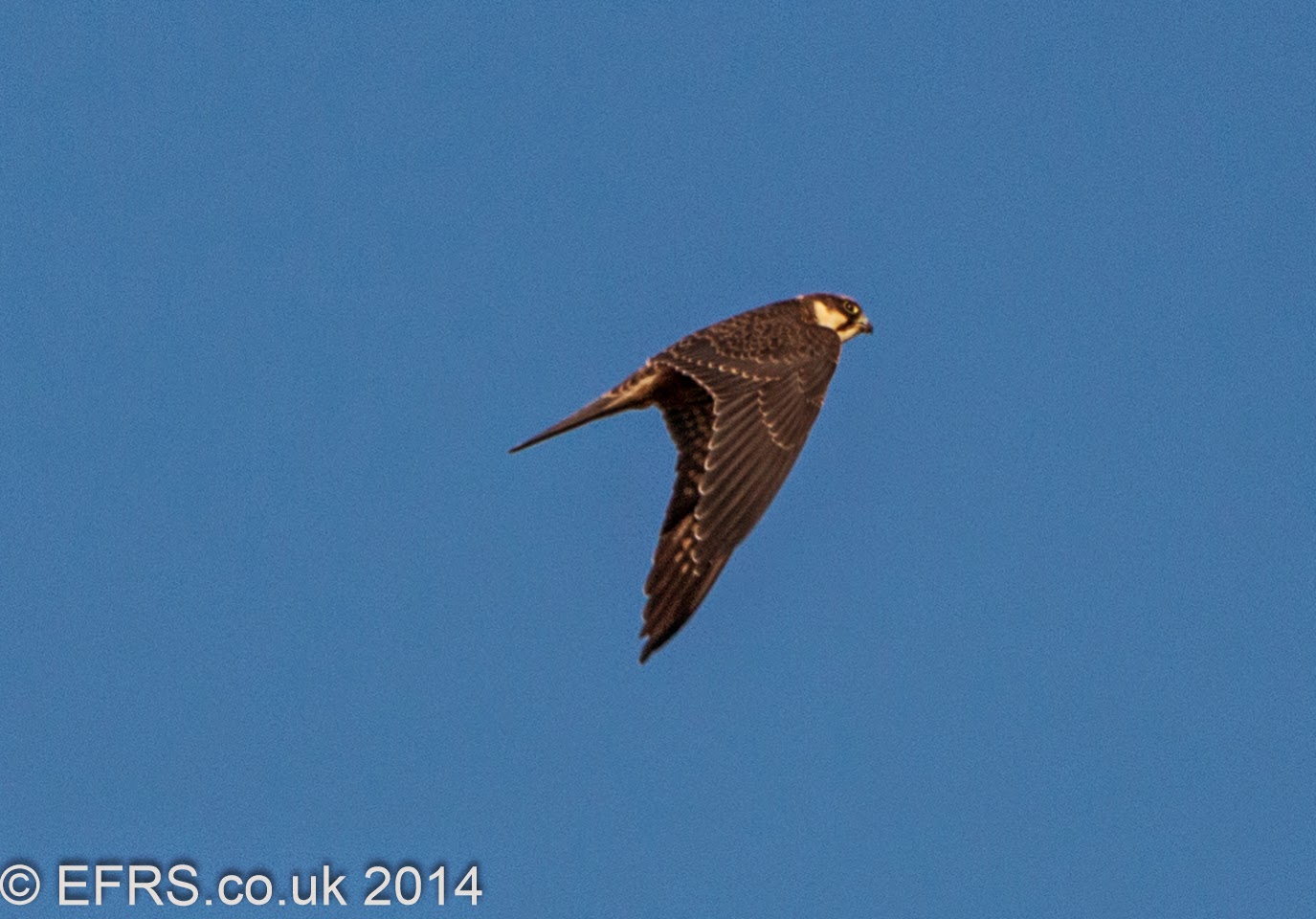 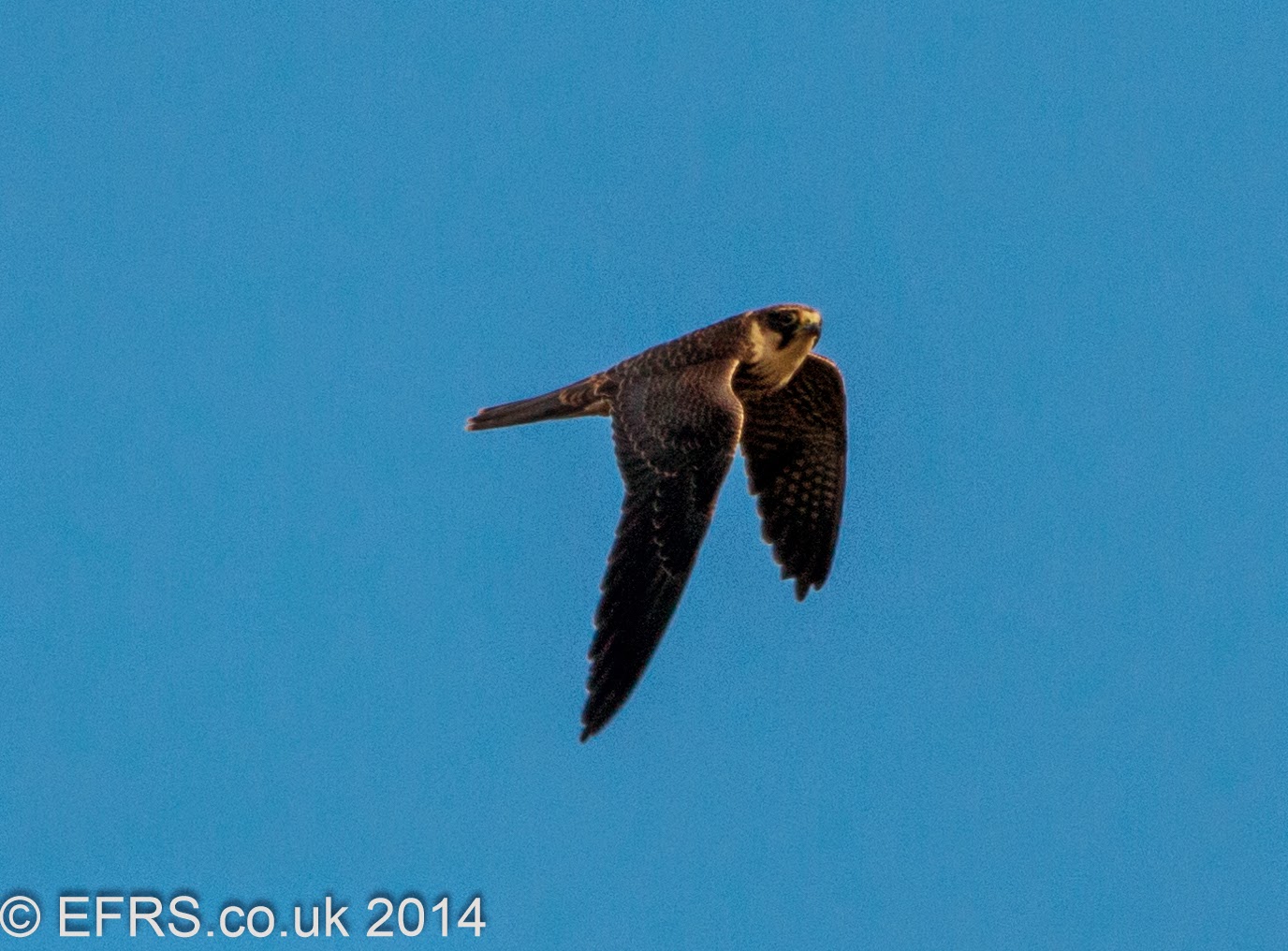 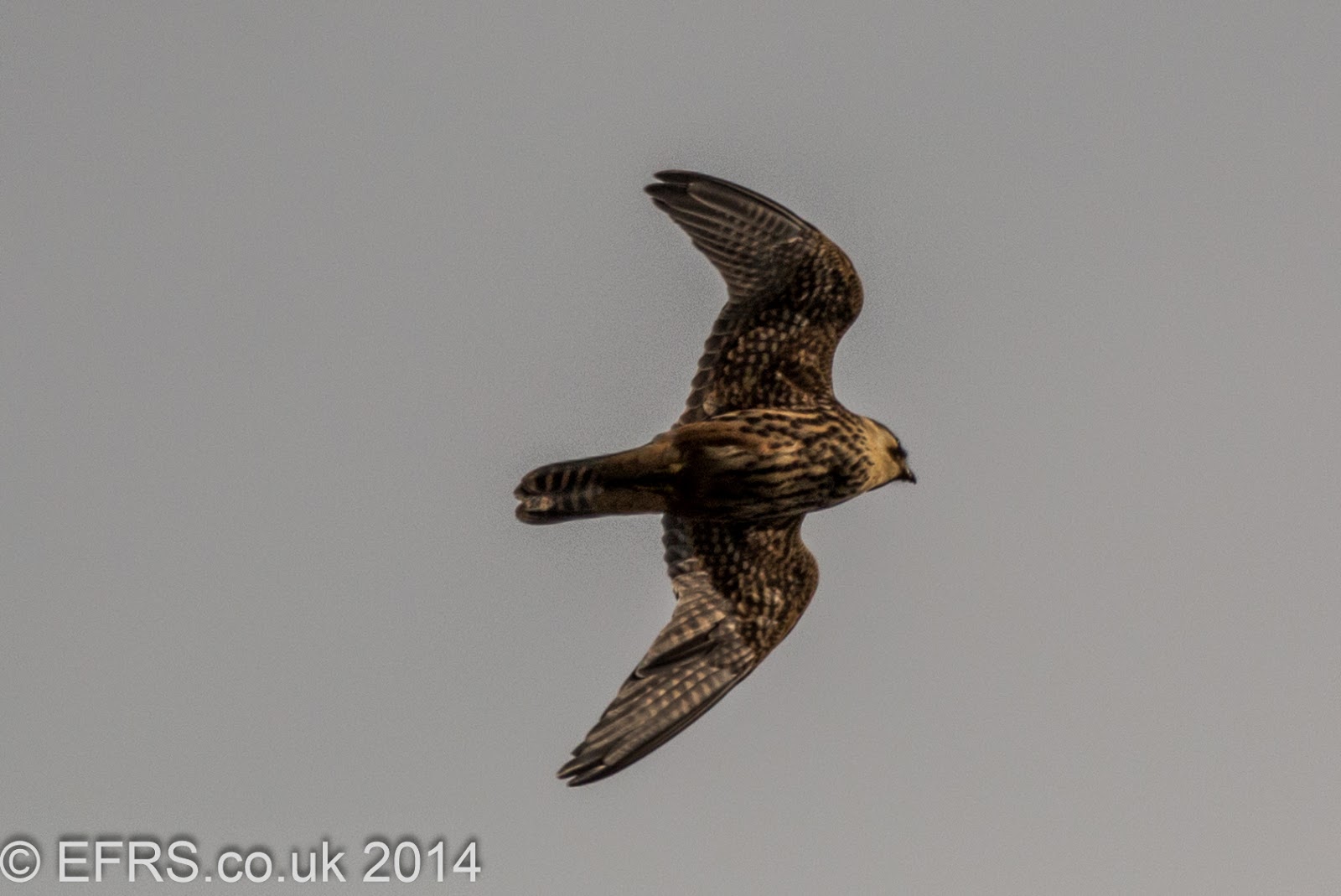 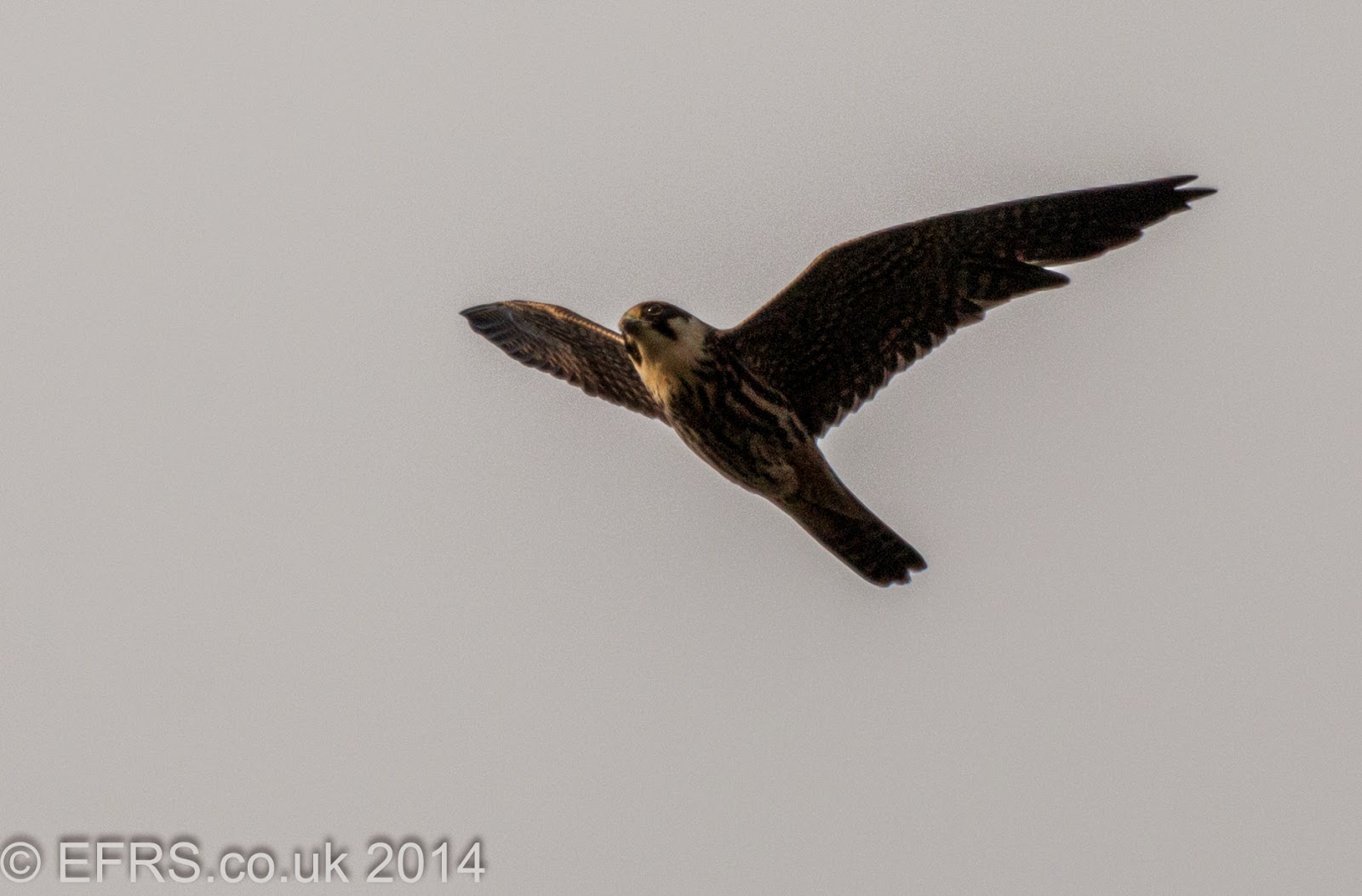 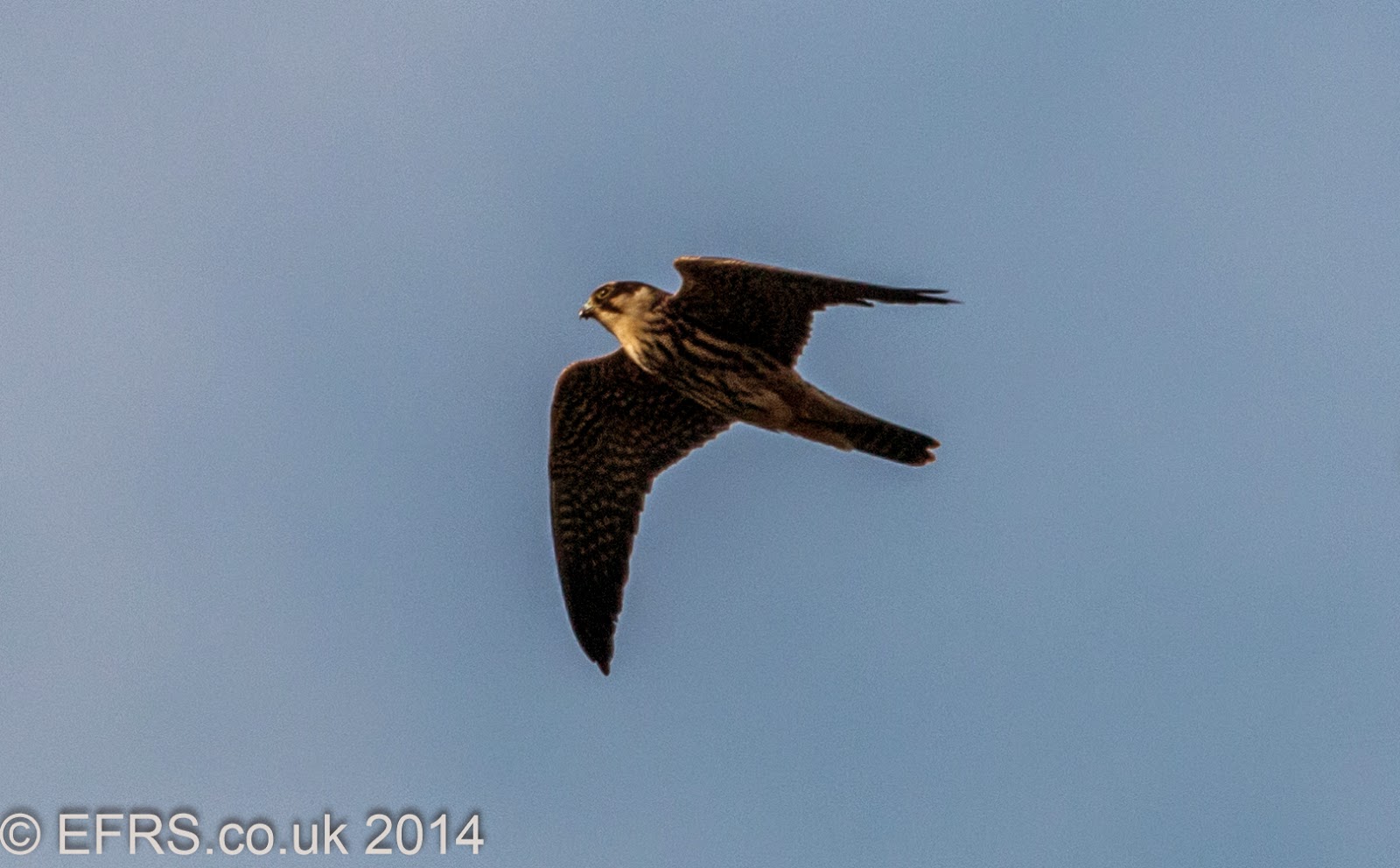 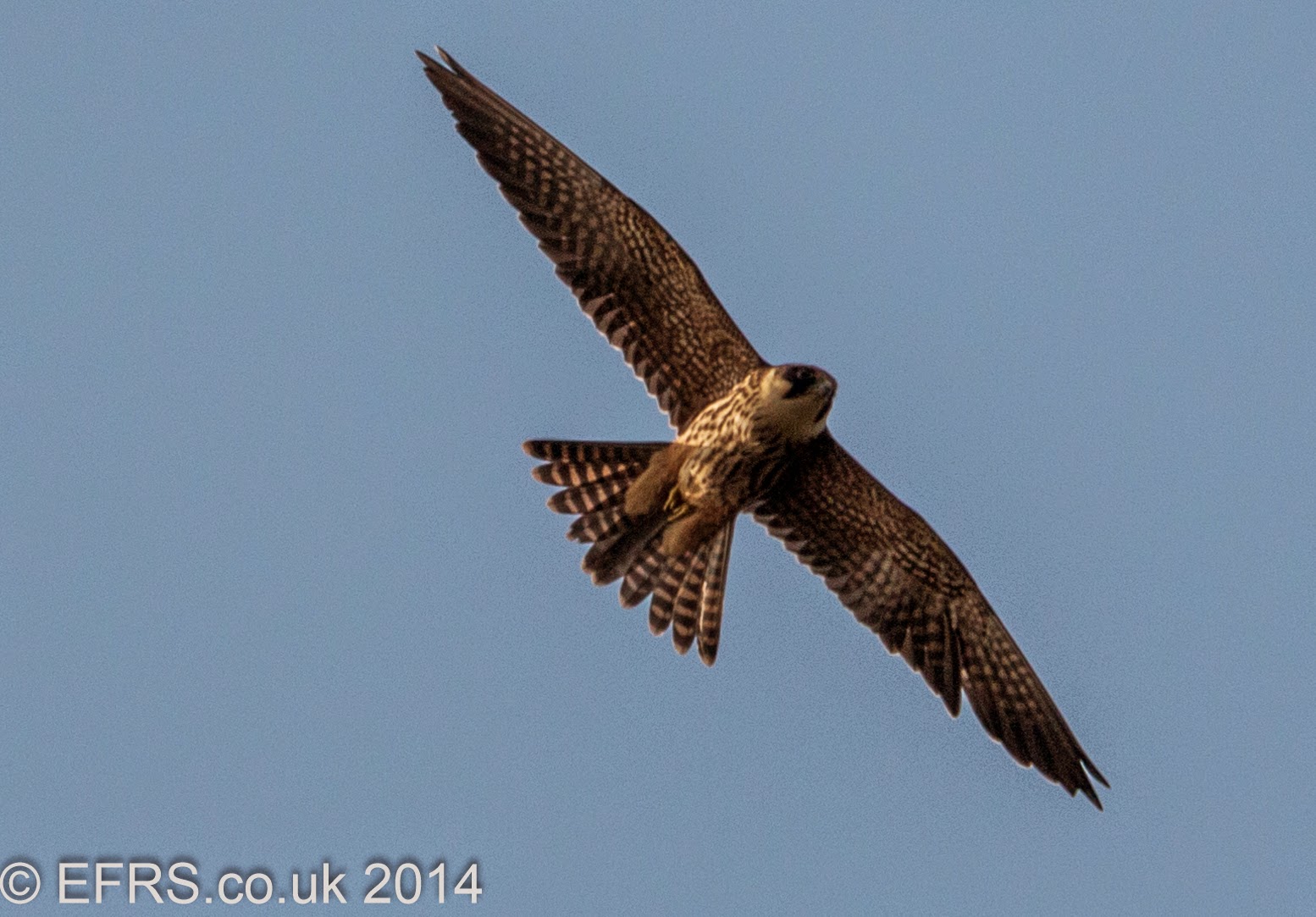 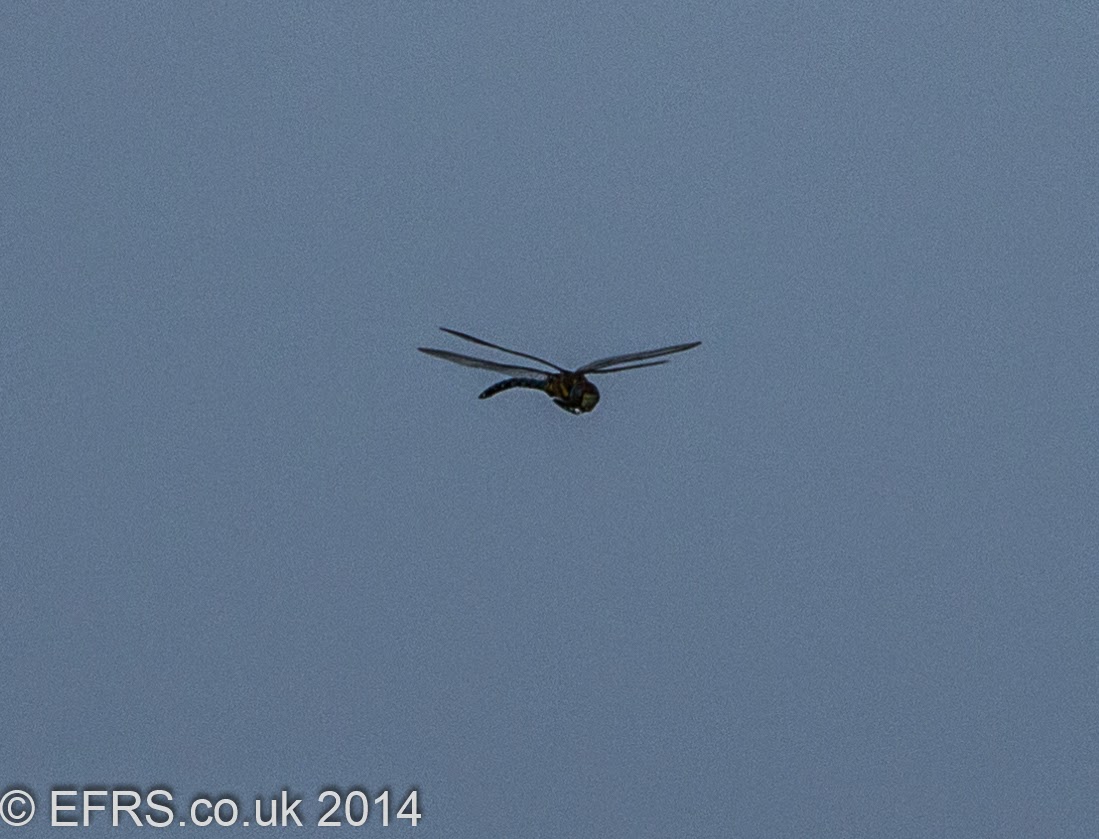 James tried out my camera with this one! 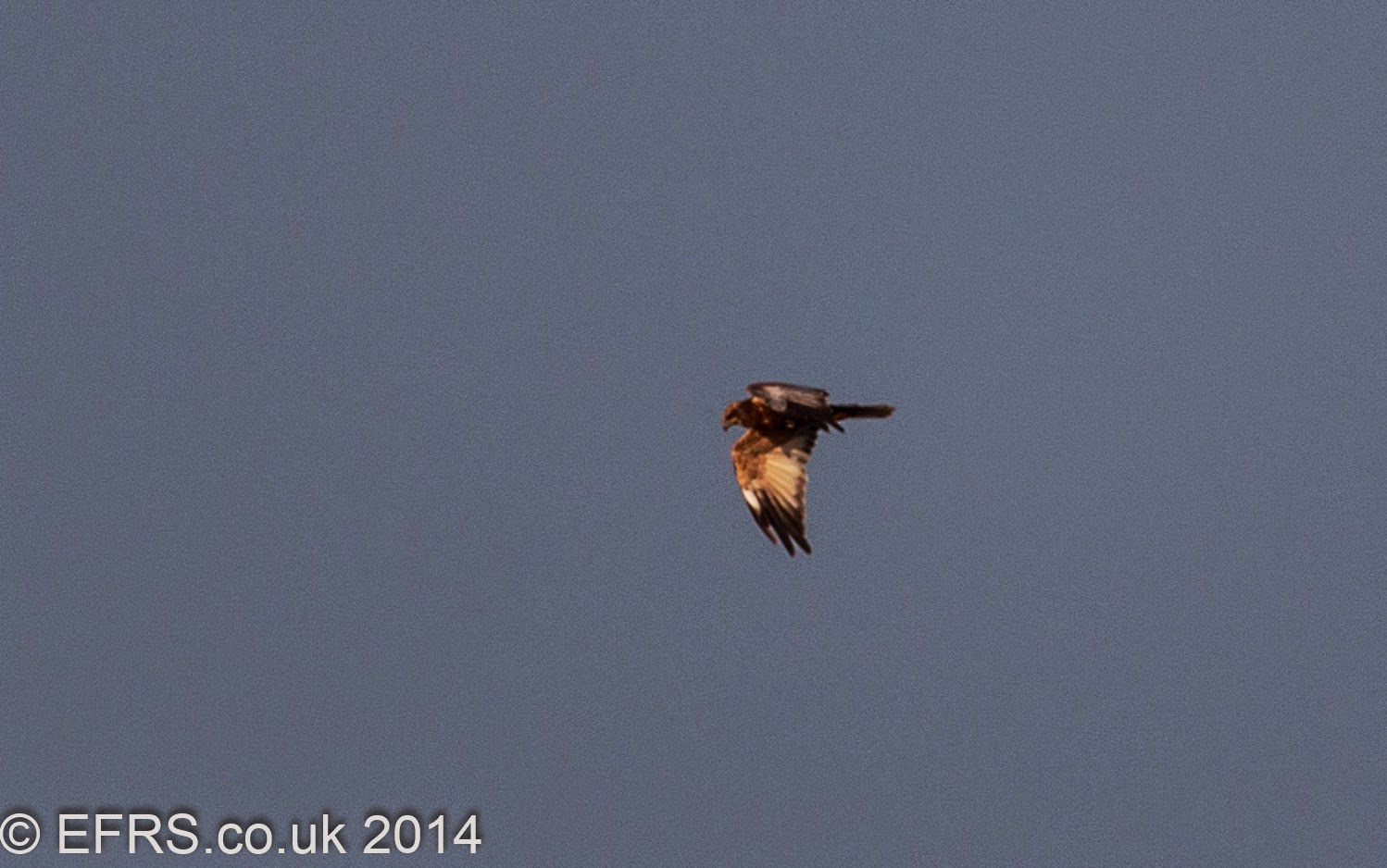 I thought to myself  how a few months ago I wrote how we where all shouting from the roof tops that there was a Hobby in our midst. Now at the end of the summer we are doing the same. It gave a good display for us. As we both walked back to the entrance at Ham Wall we stopped. In the tree to our right there was a dark figure perched amongst the bare branches silhouetted against the low sun. It was our Hobby. 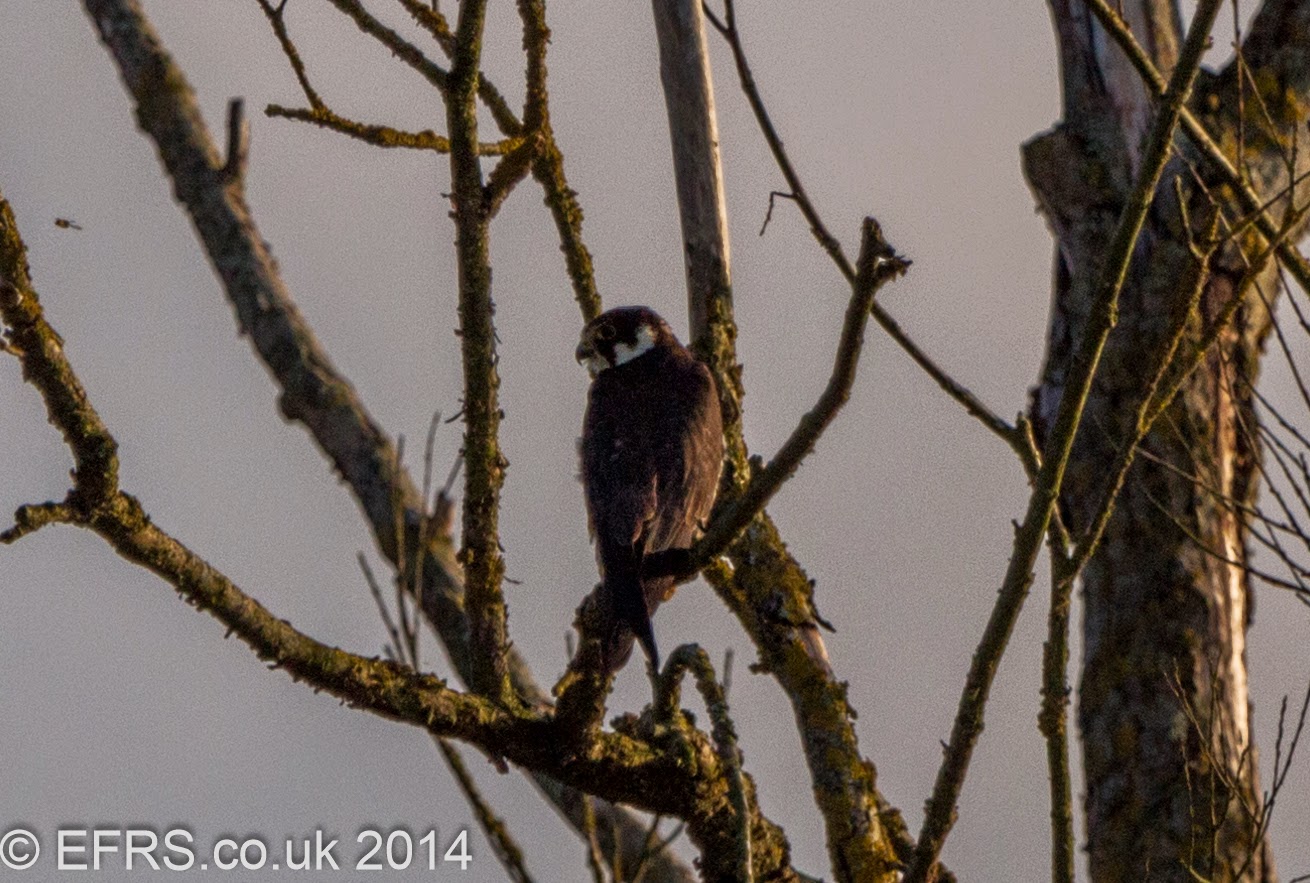 Being overly personific (Is that a word??) for a moment it did seem like thats what it was doing. Giving us a final hurray then waiting for us to pass with a backwards look. The sun was getting low early, the Starlings where gathering a little more each day. The leaves are raining. Its begun. Even though the air is still unusually warm, the heating isnt on and the kids have only just gone back to school that Hobby is telling us its over. Get your warm coats and dry boots ready. Thank you summer, its been a blast....................................... Soon it will be as if Summer never was

* Ive just been on a Holiday to sardinia. Not officially a birding holiday but I did happen to take my camera and bins. Ill be posting it in parts over the next few weeks between our regular local posts so look out for the mention on Twitter or pop back here.