Last outing was a dual solo effort with us both going our separate ways. Today it was back to a twin seater flight. Well we both went to Steart in the car! A four seater to be precise but never mind.
We're impressed with what's happening at Steart. We still haven't done the full extent but we're getting the idea. Jutting out into Bridgwater bay there is both the shore line and Parrett estuary to get your teeth into. This began at Combwich a lovely little village with a nice air of isolation about it. The area between Bridgwater and the coast does seem to be largely forgotten compared to the M5 side with all its built up industry and housing estates. Like it! 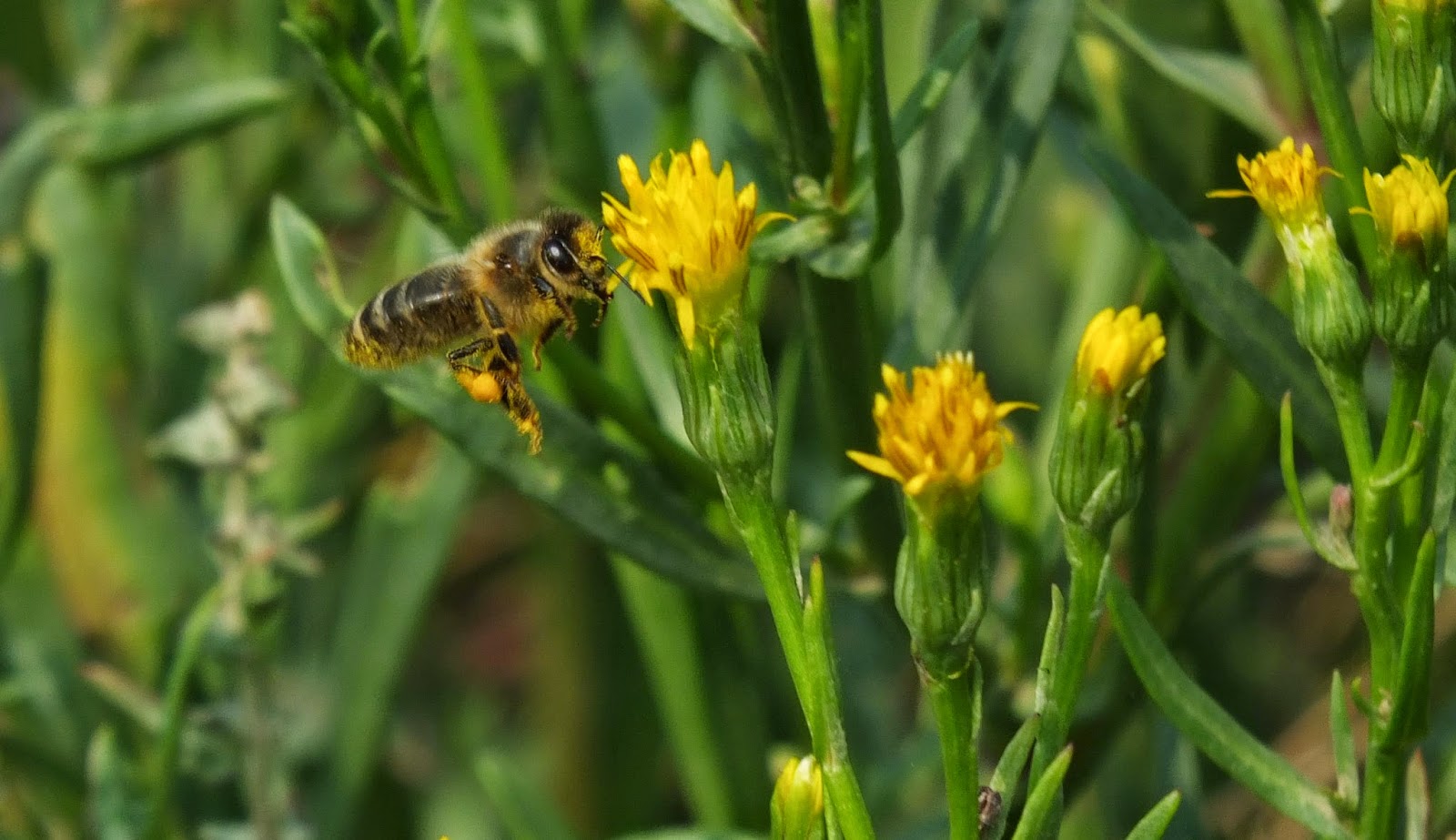 James: Andrew headed straight to the water and was in his element.  Shooting at gulls, Herons and Redshank.

I snuck through the undergrowth searching for some mini beast action. 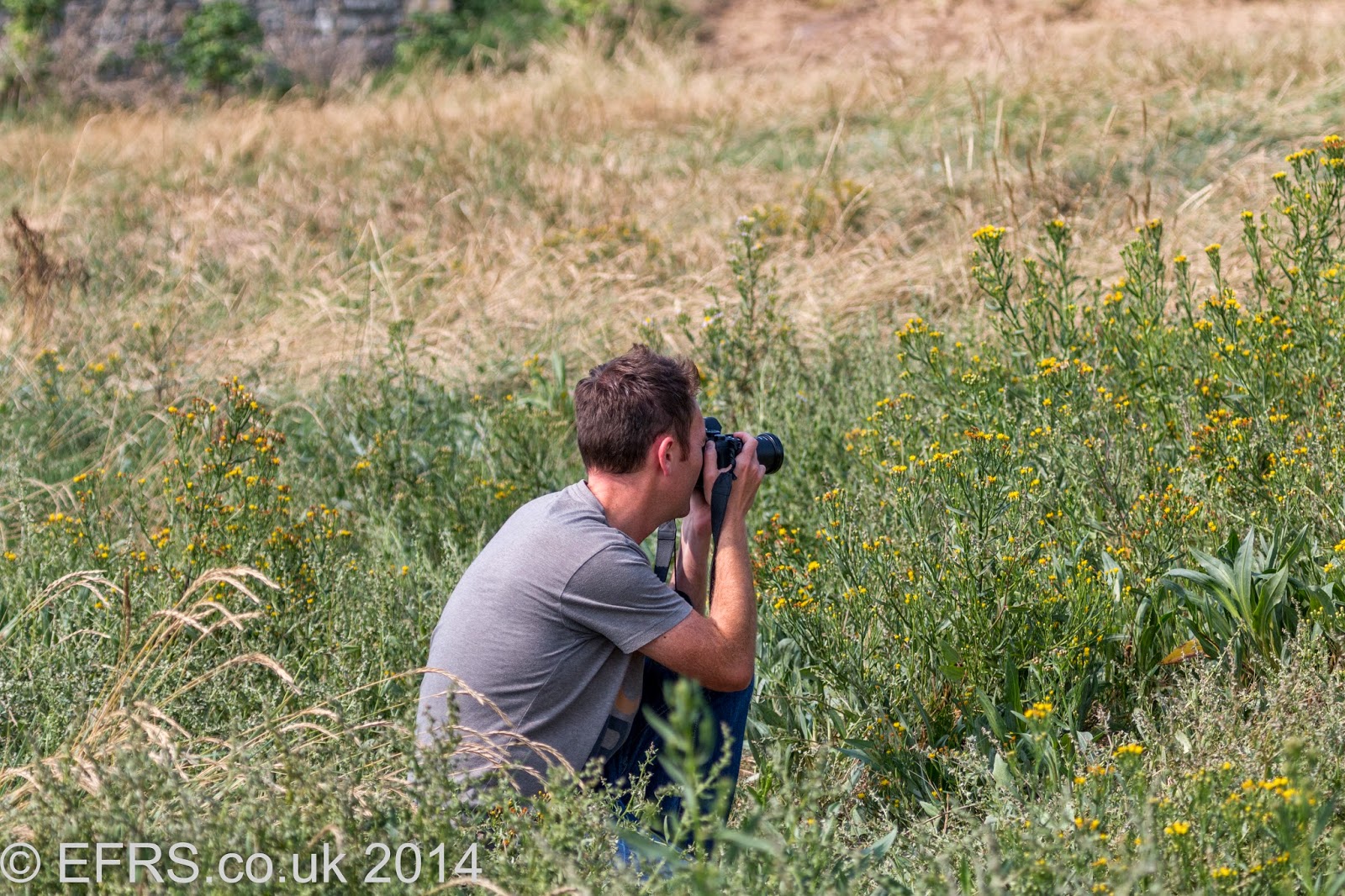 James getting that Bee picture

Not having a lens small enough I turned my sub machine gun set up to more distant things. 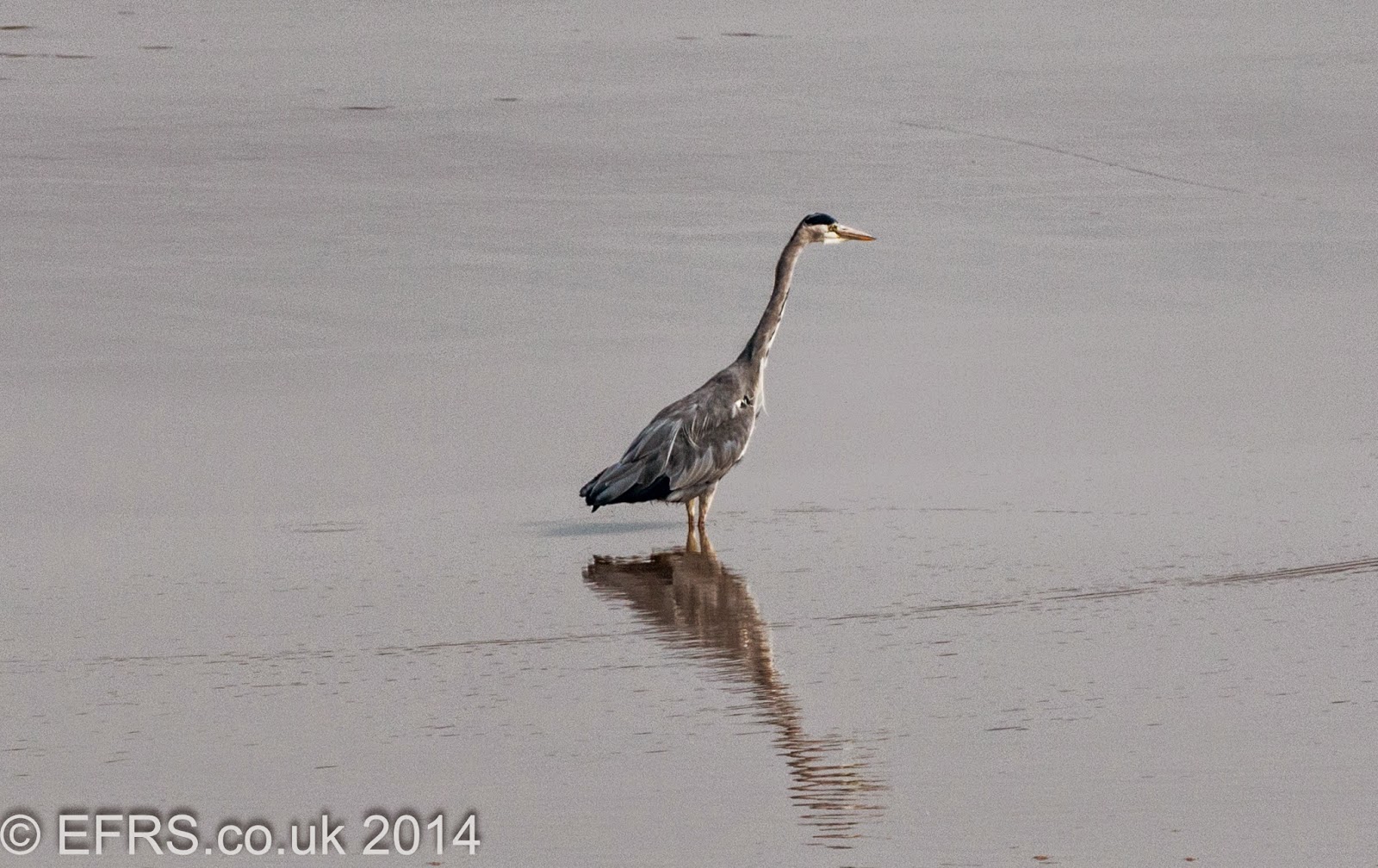 Grey Heron in the Estuary 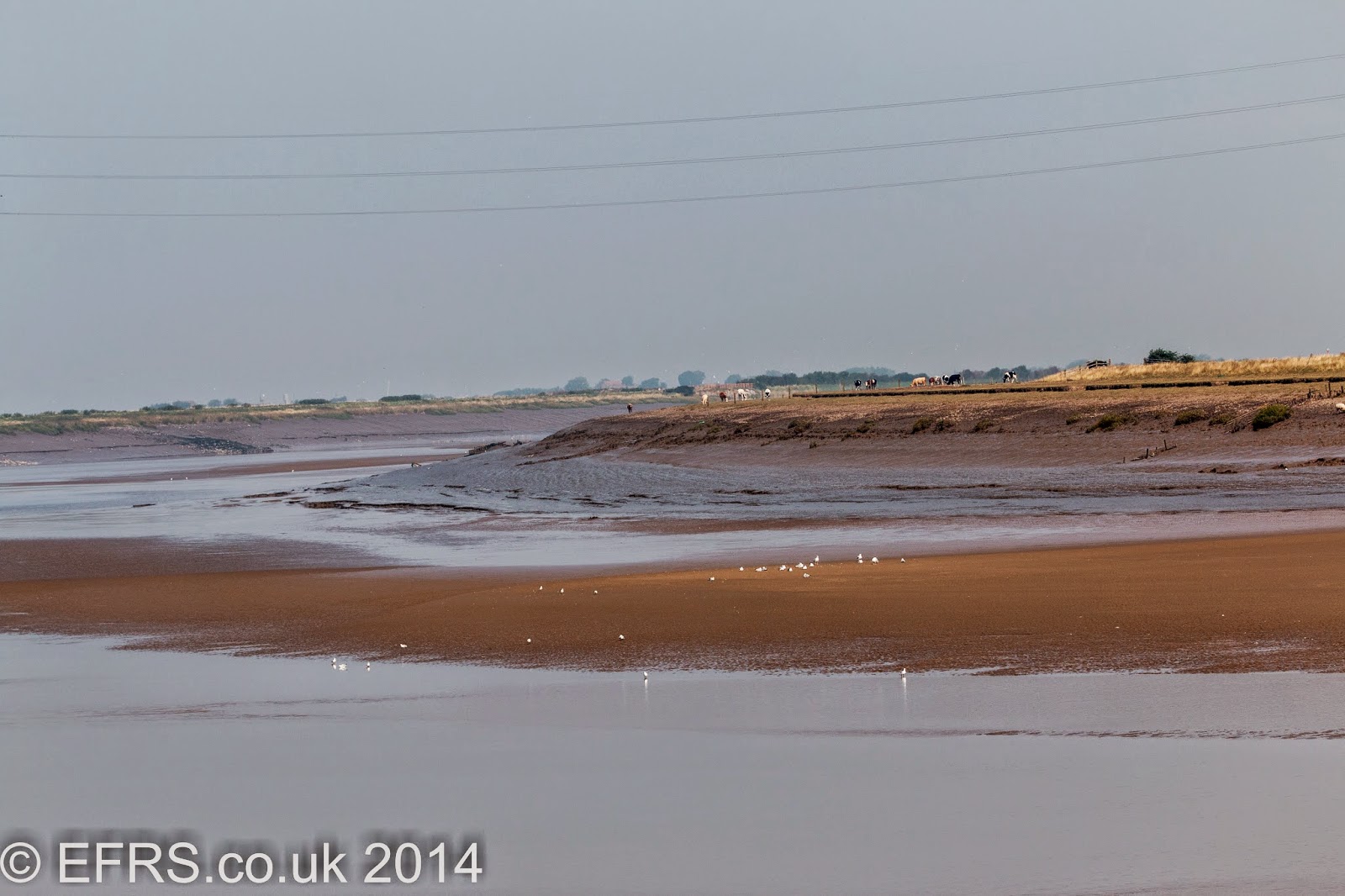 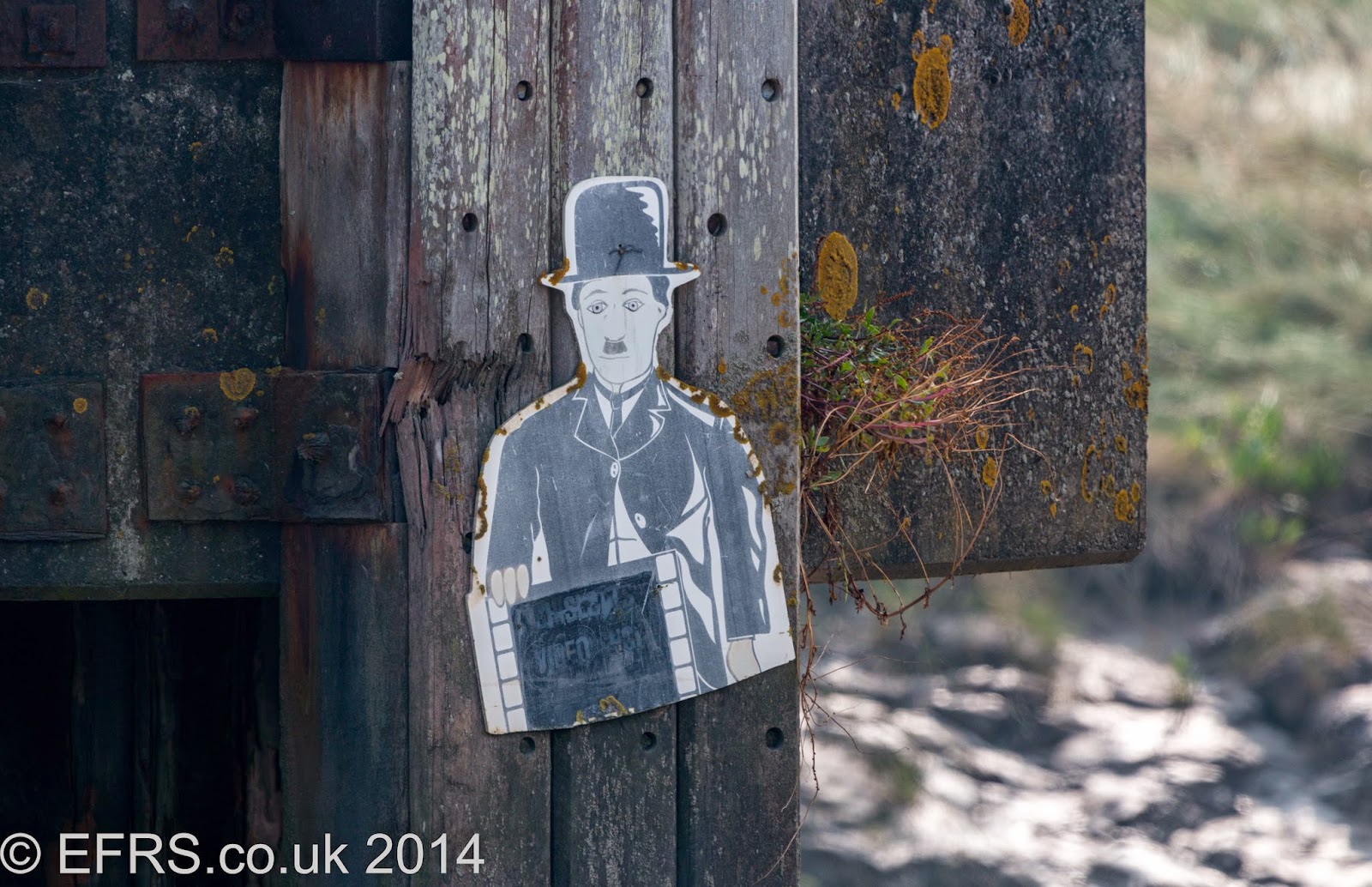 Charlie Chaplin!
(Someone will know why) 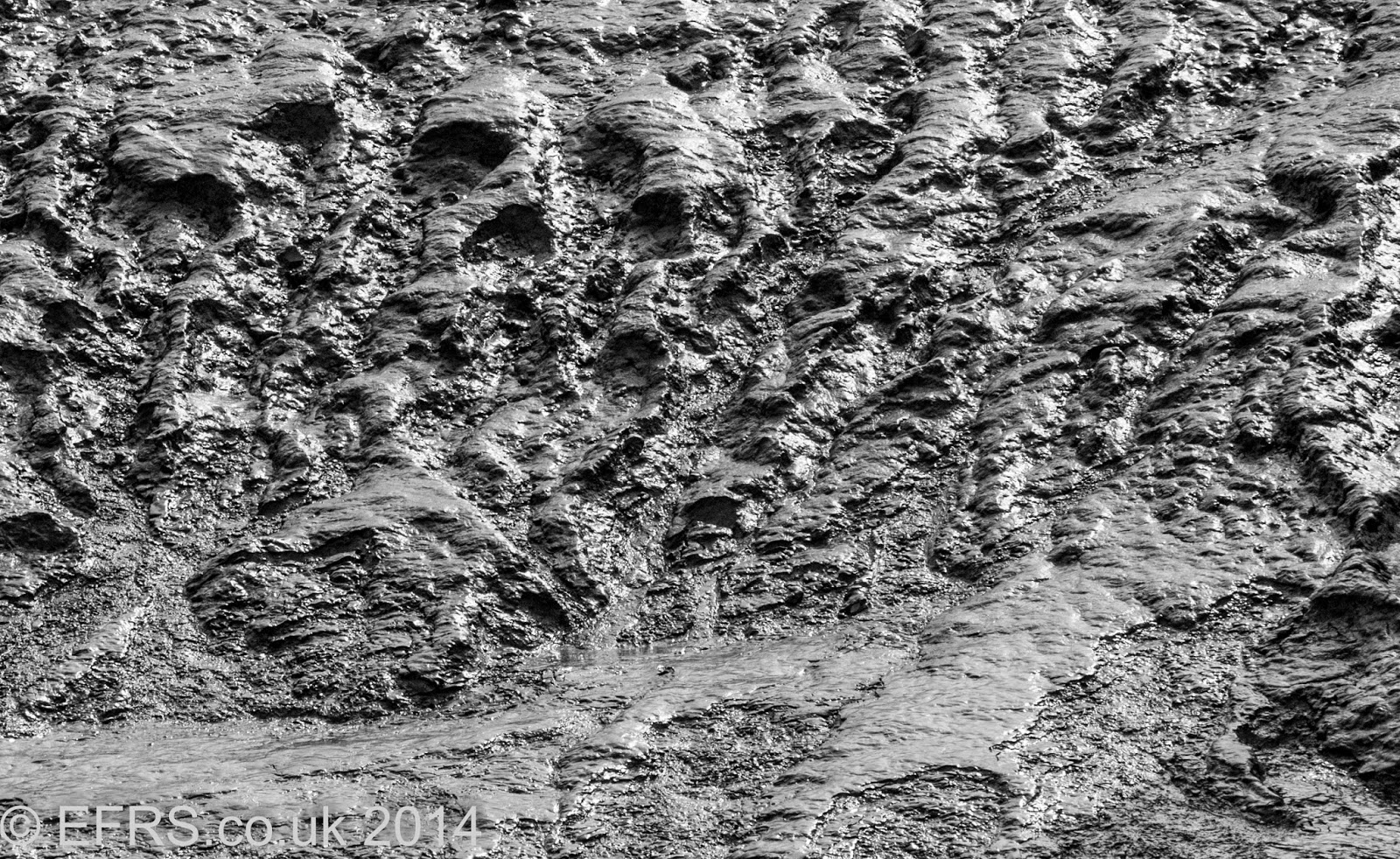 LOOK AT THE TEXTURE JUST LOOK AT THAT TEXTURE!! 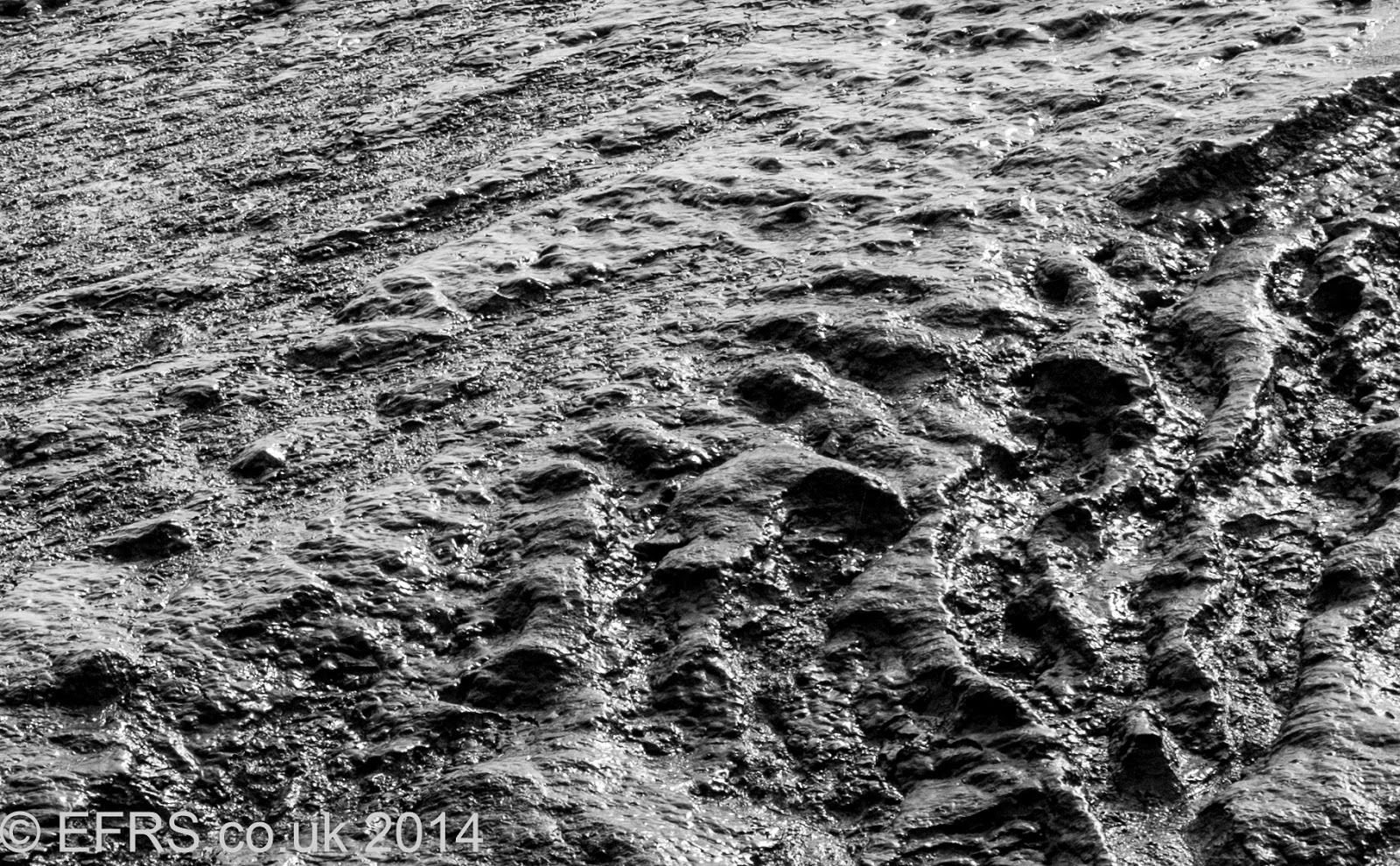 And so the long march began. We headed out of Combwich along the path following the river. Its still not completed and after about a mile we came across sign saying the path was closed. We weren't going to let that stop us. We can slip around that and see how we go surely! Nope its well and truly blocked. We turned and trudged back to the carpark. A bit of a frustrating disappointment.

What we saw along the way however was not so disappointing. As we walked we kept seeing 2 or 3 Kestrels. We came to the conclusion that they were the same ones time and again. Quartering around in a sedate fashion with no hunting action we reckoned they were young fledglings. Lots of flight interaction. 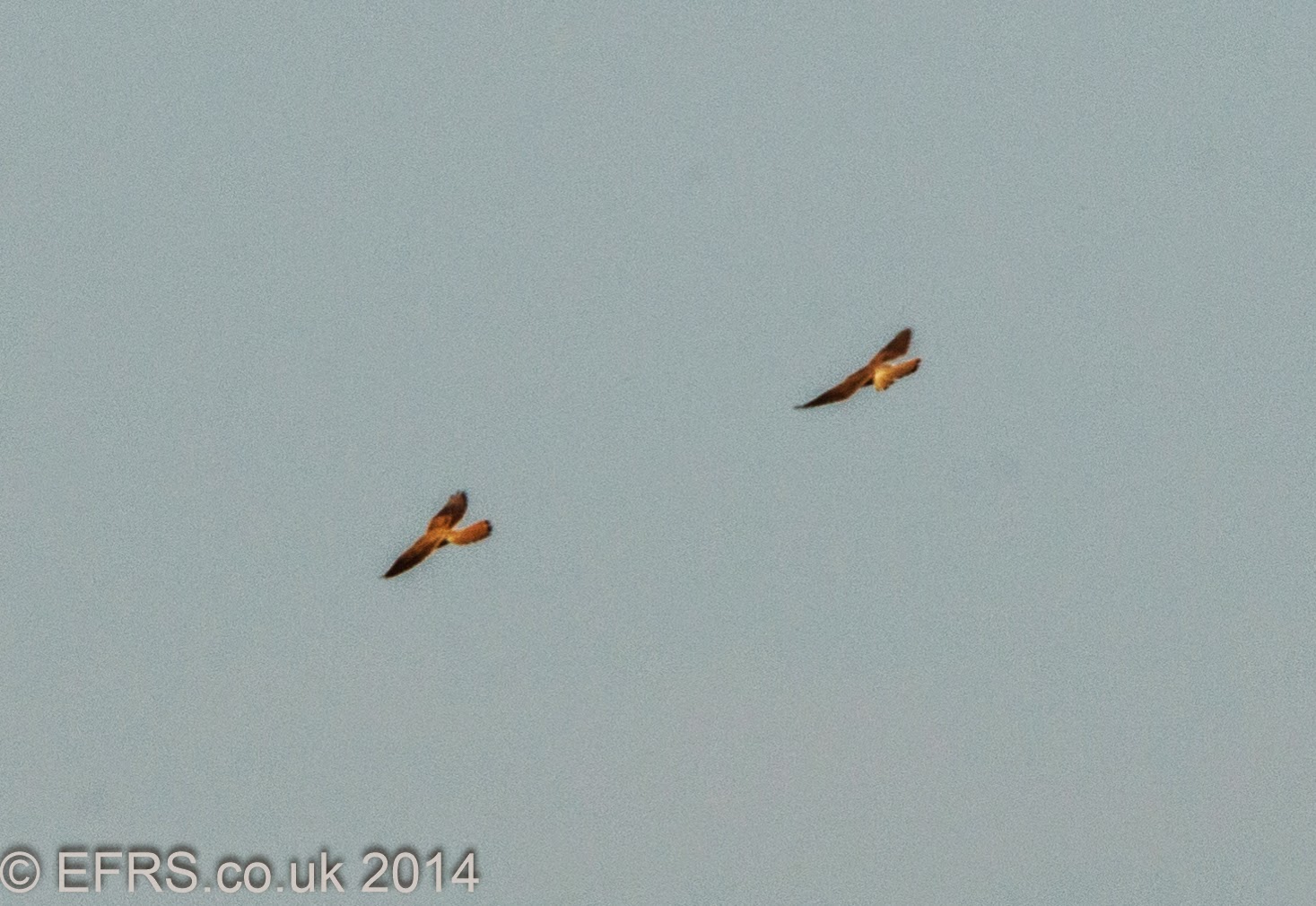 Looking through the many many Black Headed Gulls we noticed another Raptor like bird. Sure enough it was a Peregrine I mean Hobby or was it a Kestrel - Oh what ever!!. Again it didn't look like it was particularly hungry. Sailing along the still air. 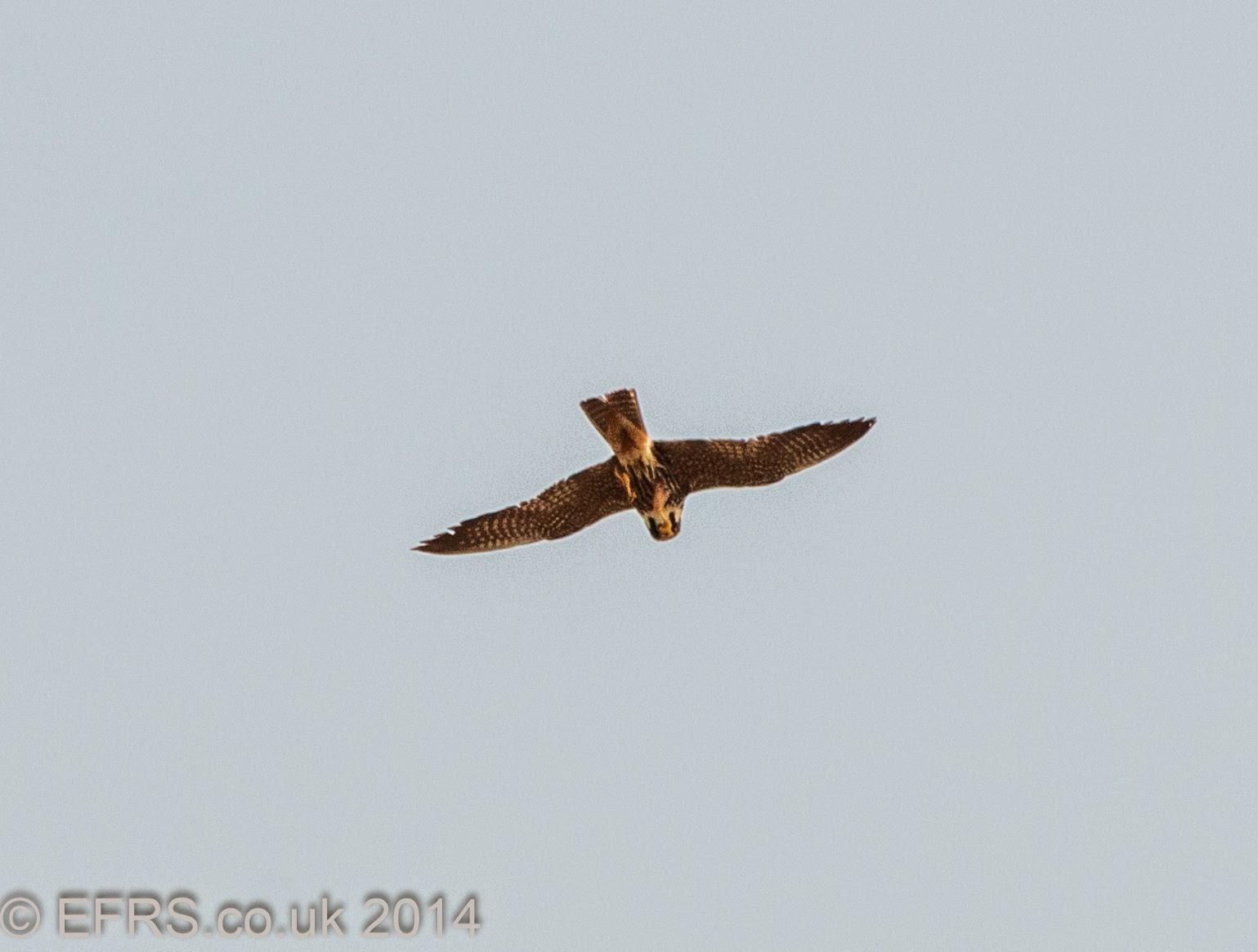 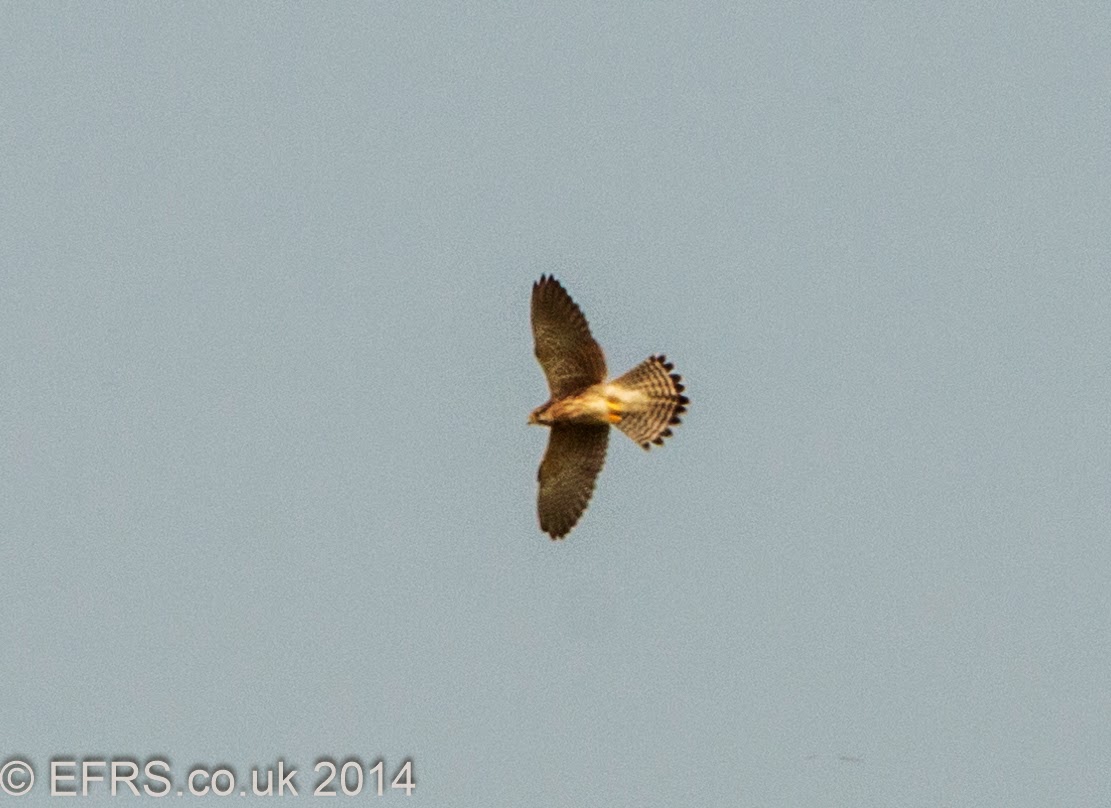 Here is a Peregrine Juvenile Kestrel (Thanks once again Nick)

The air that day was perfectly still, absolutely no wind whatsoever and a bright if hazy sunlight. Quit a few buzzards quartering high above. Then we noticed something. One of the Buzzards was very different to the other 3 with it. Very pale to the point of being white. Our blood raced with excitement. Honey Buzzard? 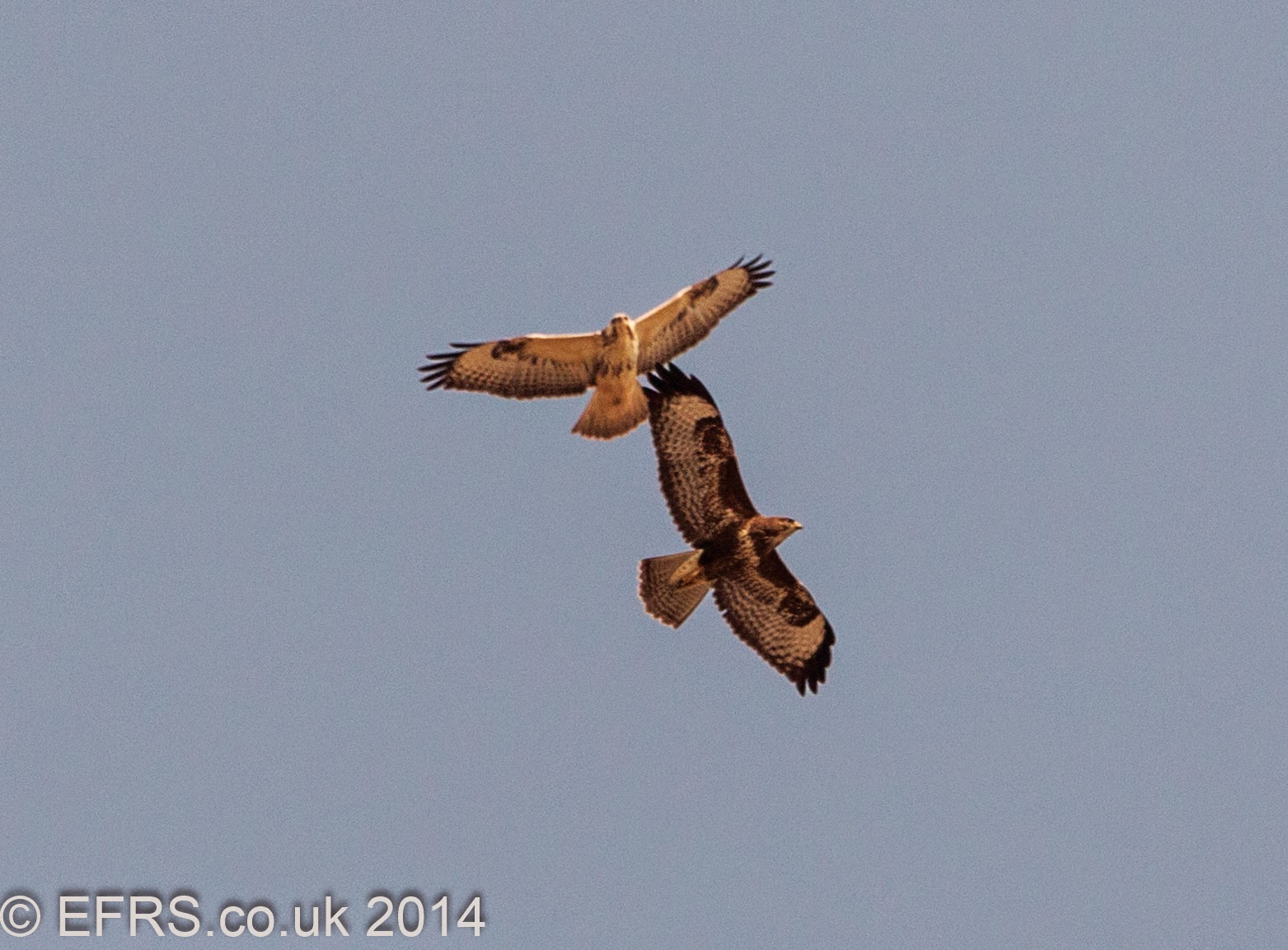 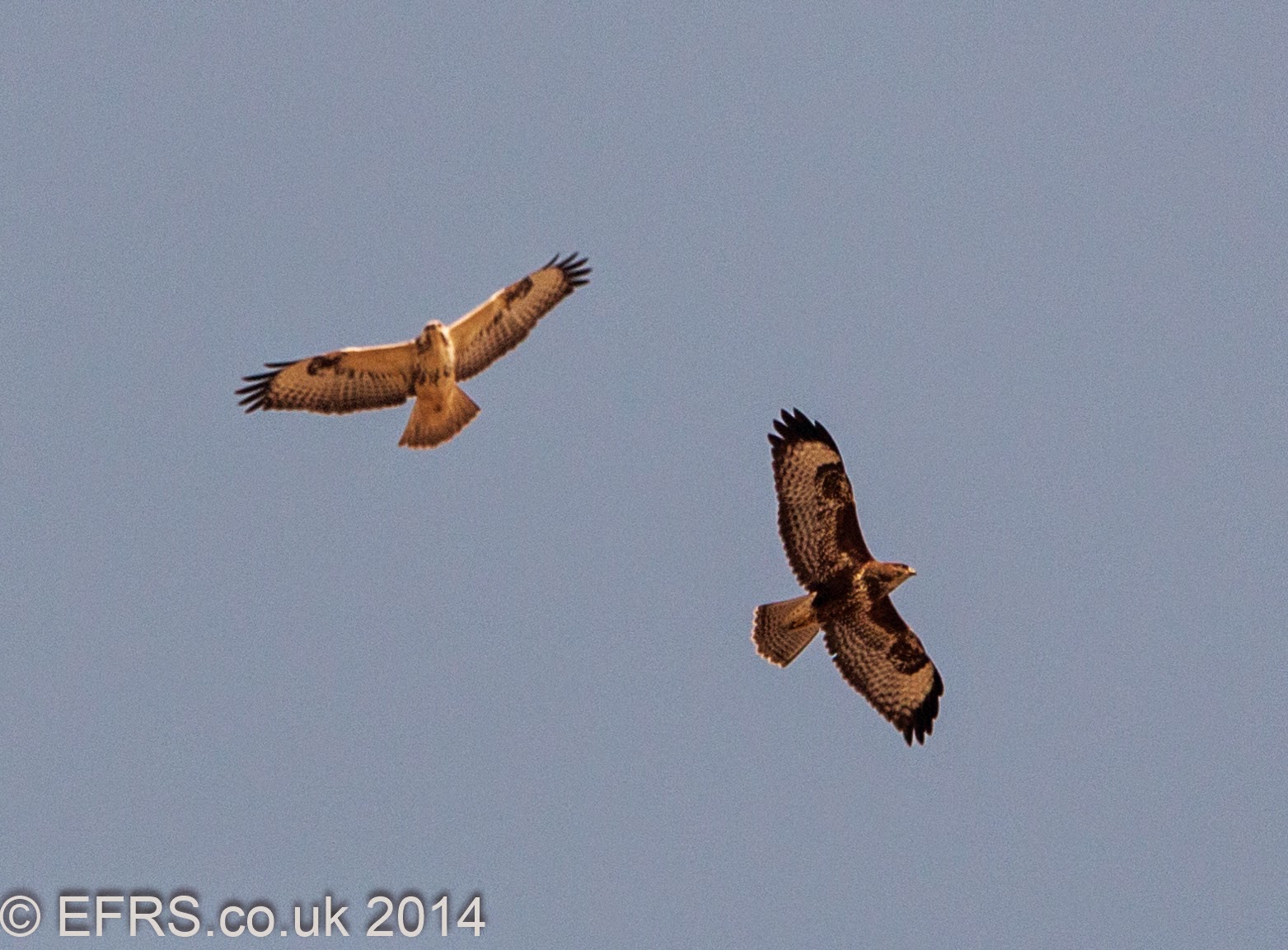 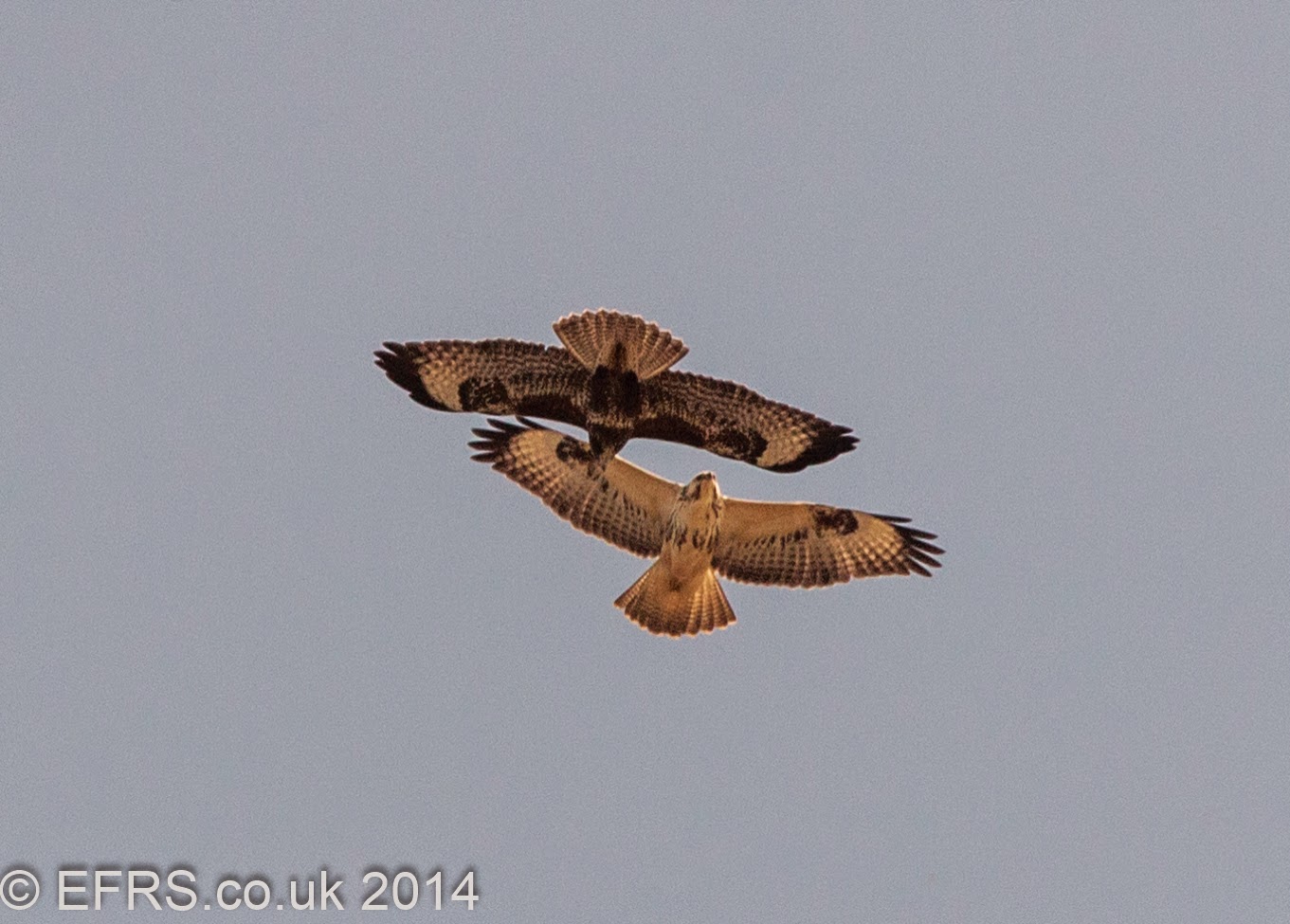 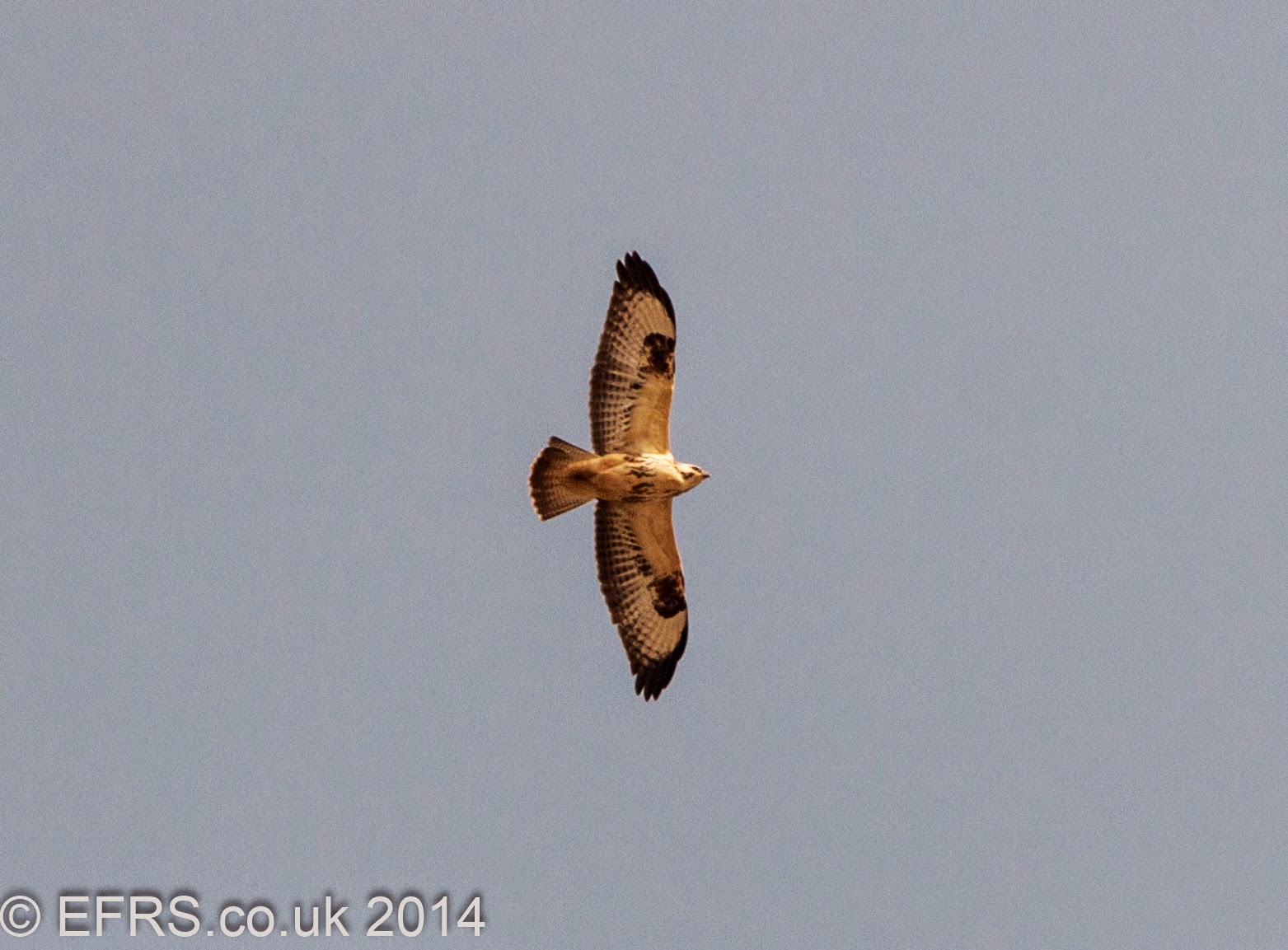 The more we looked at the small images on the back of the cameras the more we were intrigued. Googling made it even worse. Did we have yet another A lister scoop?? We spent the next few hours discussing it intensely. Final verdict? Its one of those very pale variations you sometimes get. Somerset and the South West has a high proportion of Buzzard variants compared to elsewhere apparently. Buzzards can be very variable anyway and this one is an extreme example. We have never seen a Honey Buzzard for real but research does show that the head in particular looks different to a Common Buzzard. Narrow with eyes flush to the head as opposed to the sunken forward facing eyes and stocky head of a Common Buzzard. The tail is too short as well. The pics above with the 'standard' Buzzard are a good comparison. Oh well!! 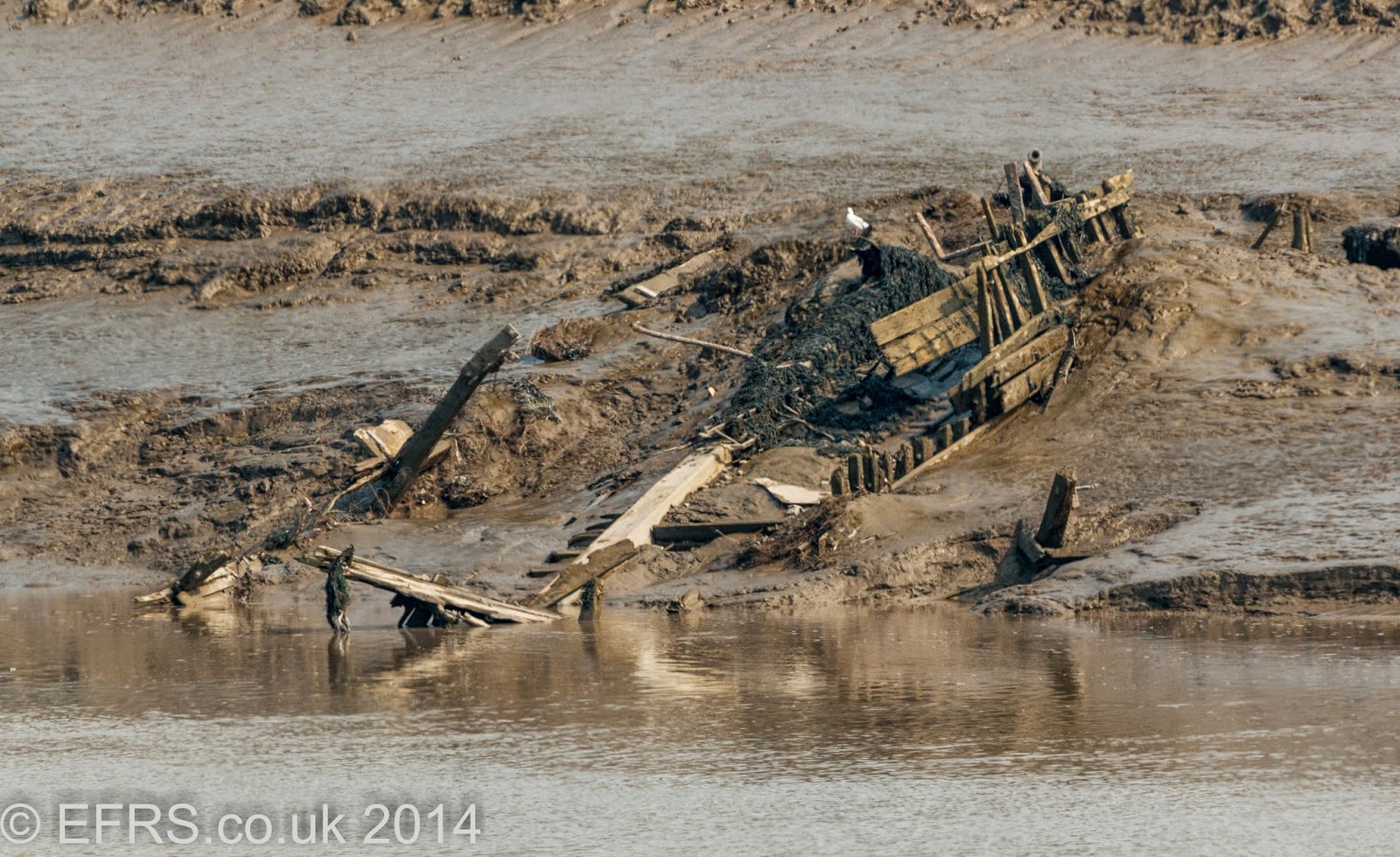 One of the many old ships left to decay 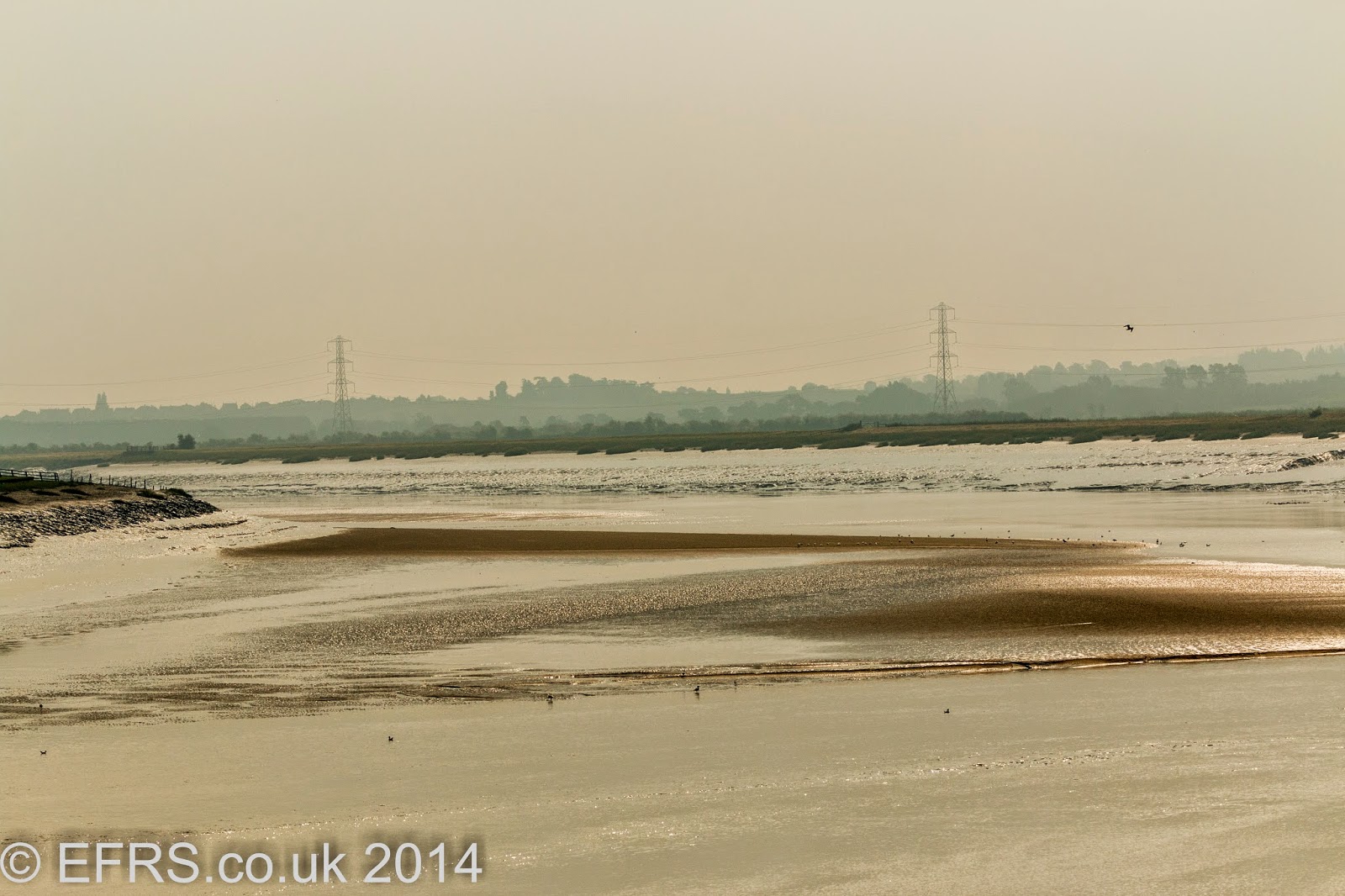 As you walk you notice quite a few old posts and boats decaying in the mud banks. Signs of industry passed I suppose. What was once a way of life and a means of sustenance then becomes a decay, an eyesore to those that don't need it finally becoming part of the texture of the land. From function to fascination. Like castles that were once a symbol of oppression and now held in the greatest of esteem. Time is a funny morphosis. What will our children make of pylons?

We amused ourselves with the more common birds like a Raven sitting on a pylon opposite. It was quit a way away but we could still hear the eerie, to my ears, cold misty North Wales mountain, calls for quit a way past it. Ravens, like all carrion birds, are cool. Then a flash of feathers caught my eye and the distinctive sight of black and white rushed passed us. A pair of Avocets where flying down to the mouth of the estuary. I managed to get one record shot. 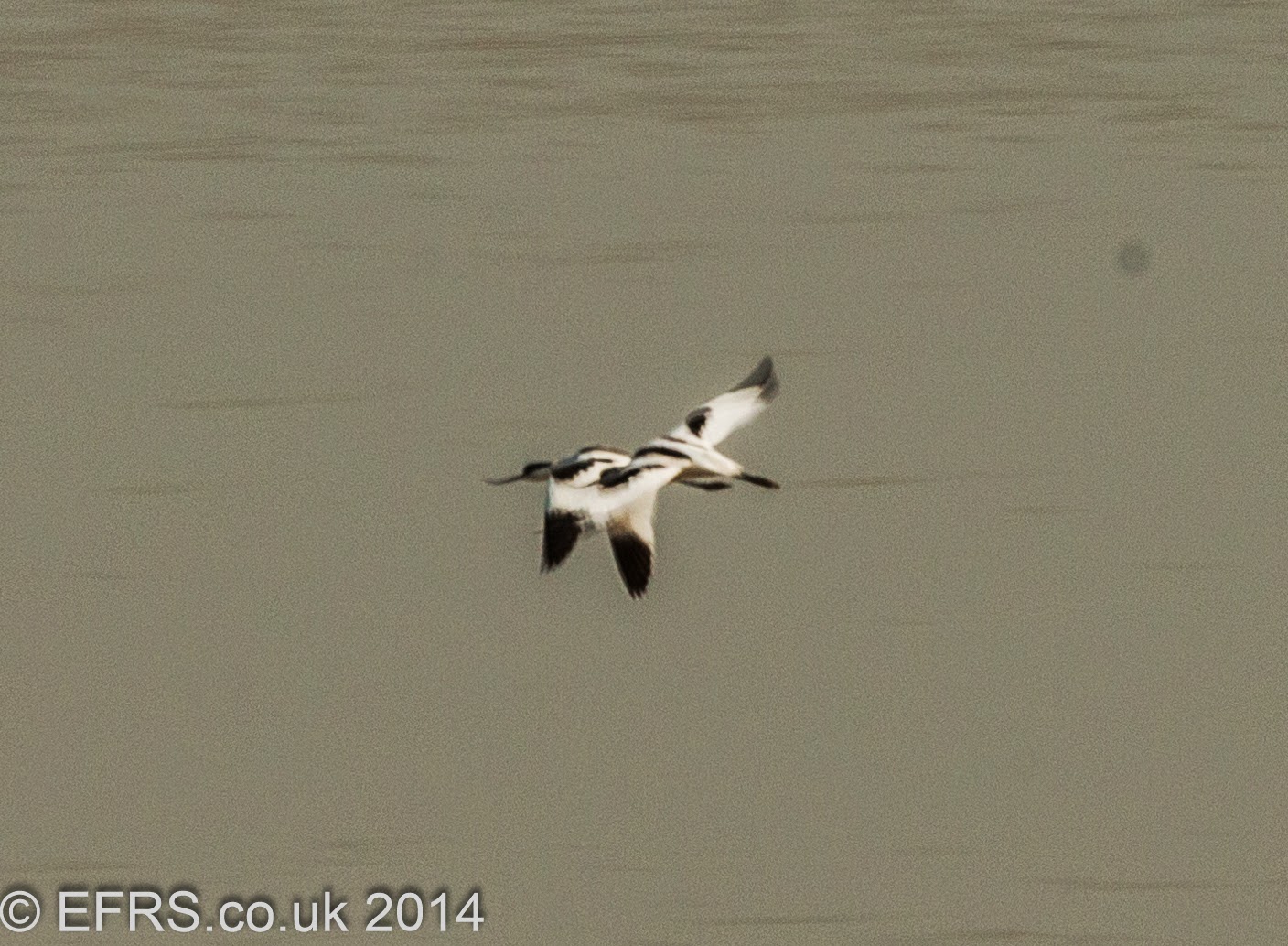 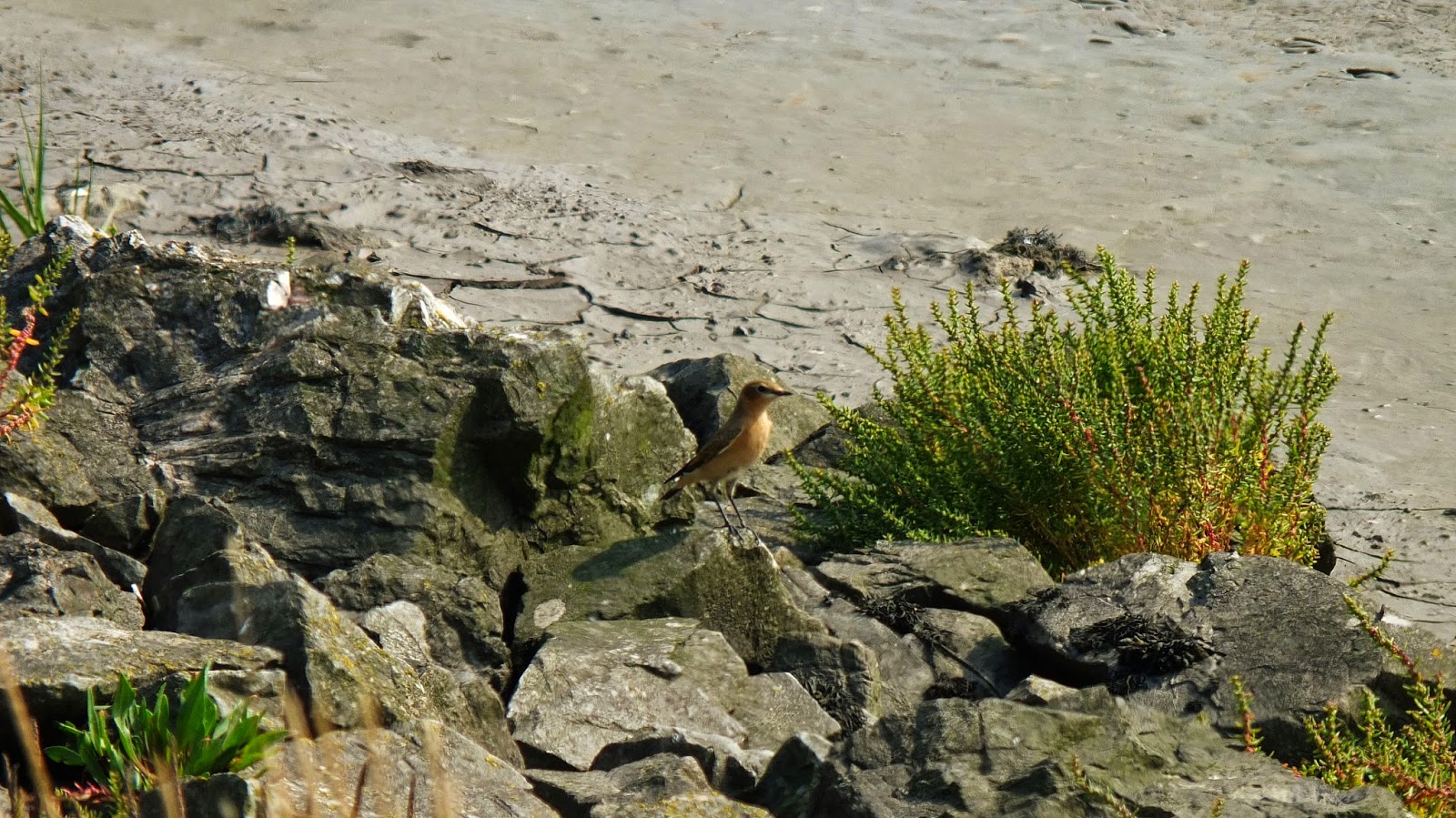 James: We both struggled with this picture.  The light was rather odd!

The end of the path was well and truly sealed as I mentioned earlier. So near and yet so far to the other side. We had to content ourselves with some Whinchats. Managed to get one of them as it sat on the fence behind the barricades marking the end of the route. 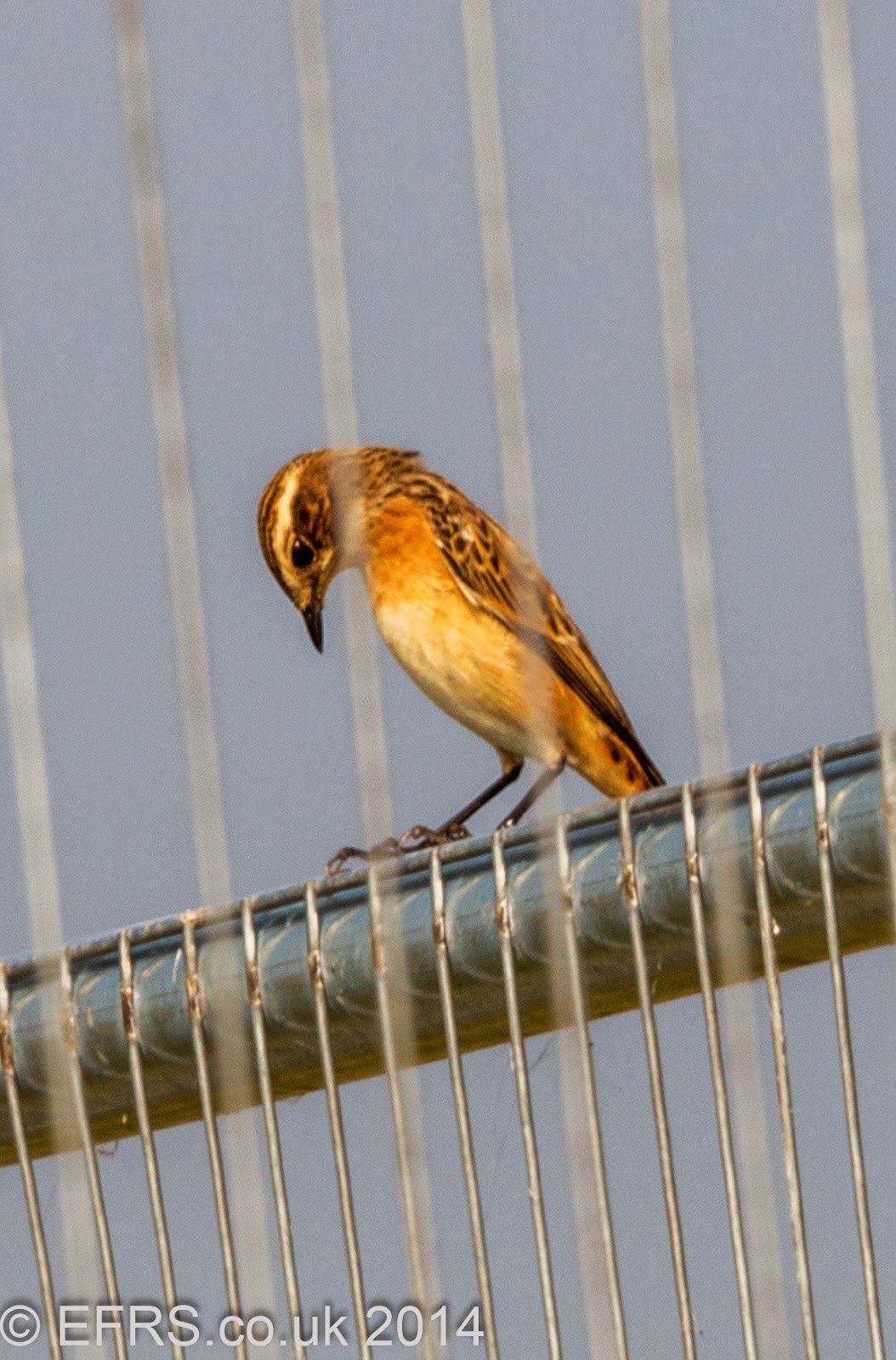 Whinchat in a one sided cage

On our return to Combwich we settled down outside the The Anchor pub for a refreshing and well earned pint to debrief. Three Starlings were sitting on a sign opposite. Managed to get them in three degrees of flight. 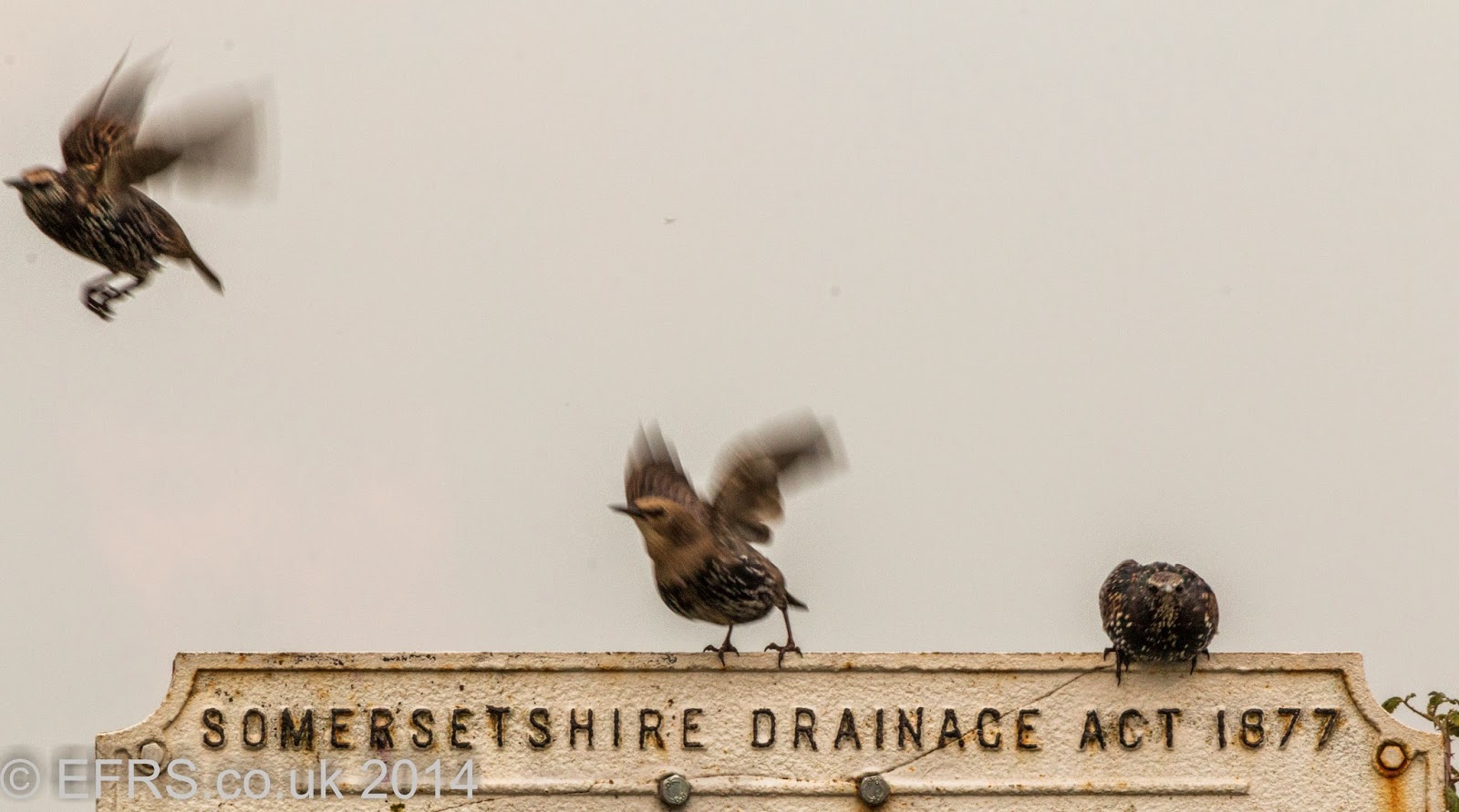 After mulling over the Honey Buzzard debarcel we decided to pop round the other side to the Bridgwater Bay. James was reluctant but I think it payed off. After upsetting a fellow birder by disturbing a flock of Dunlin and Ringed Plovers we settled down to watch the said birds in flight. They where in flight a lot since its also a popular dog walker beach. Oh well. 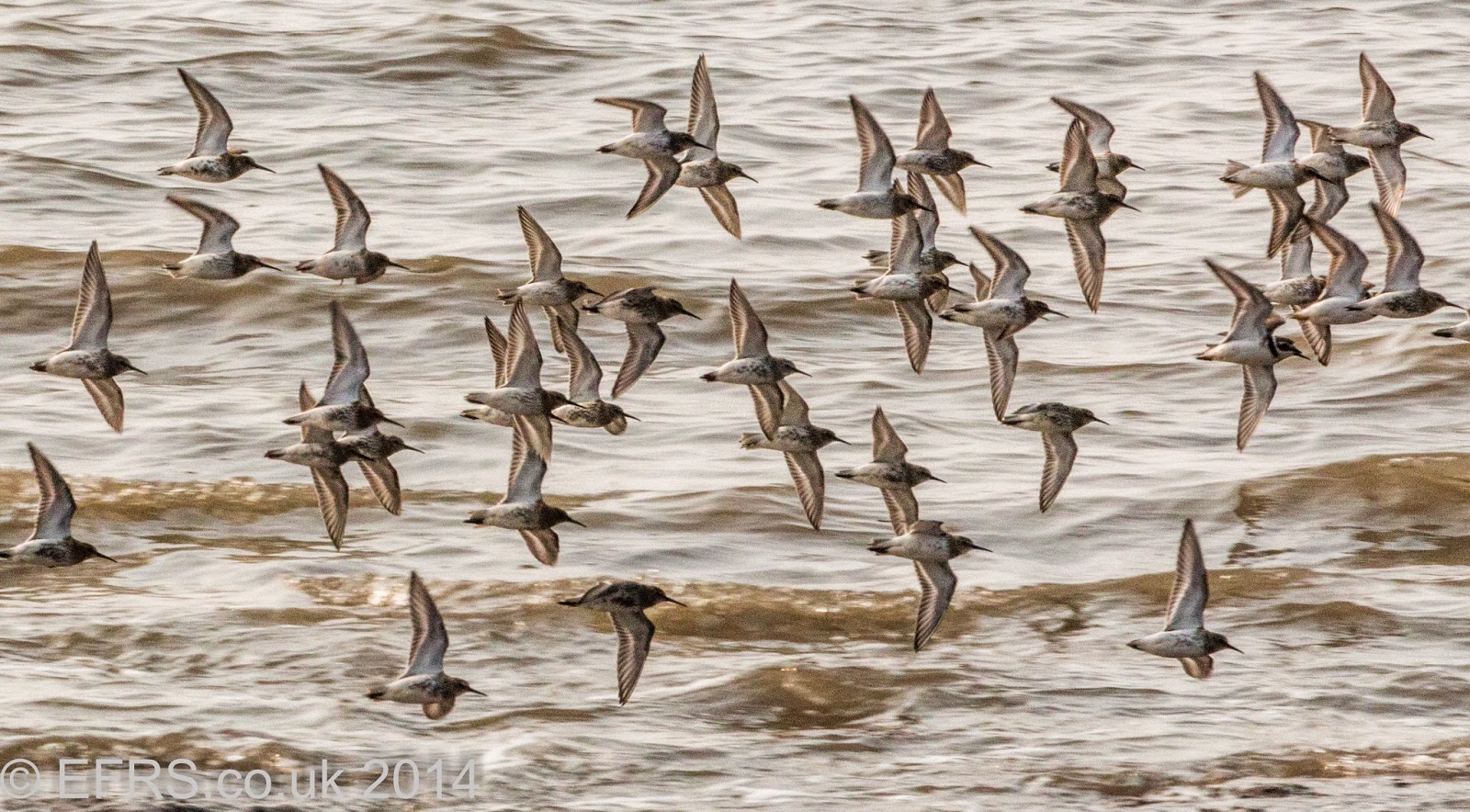 Dunlin flying to the right Dunlin and a few Ringed Plovers flying to the left 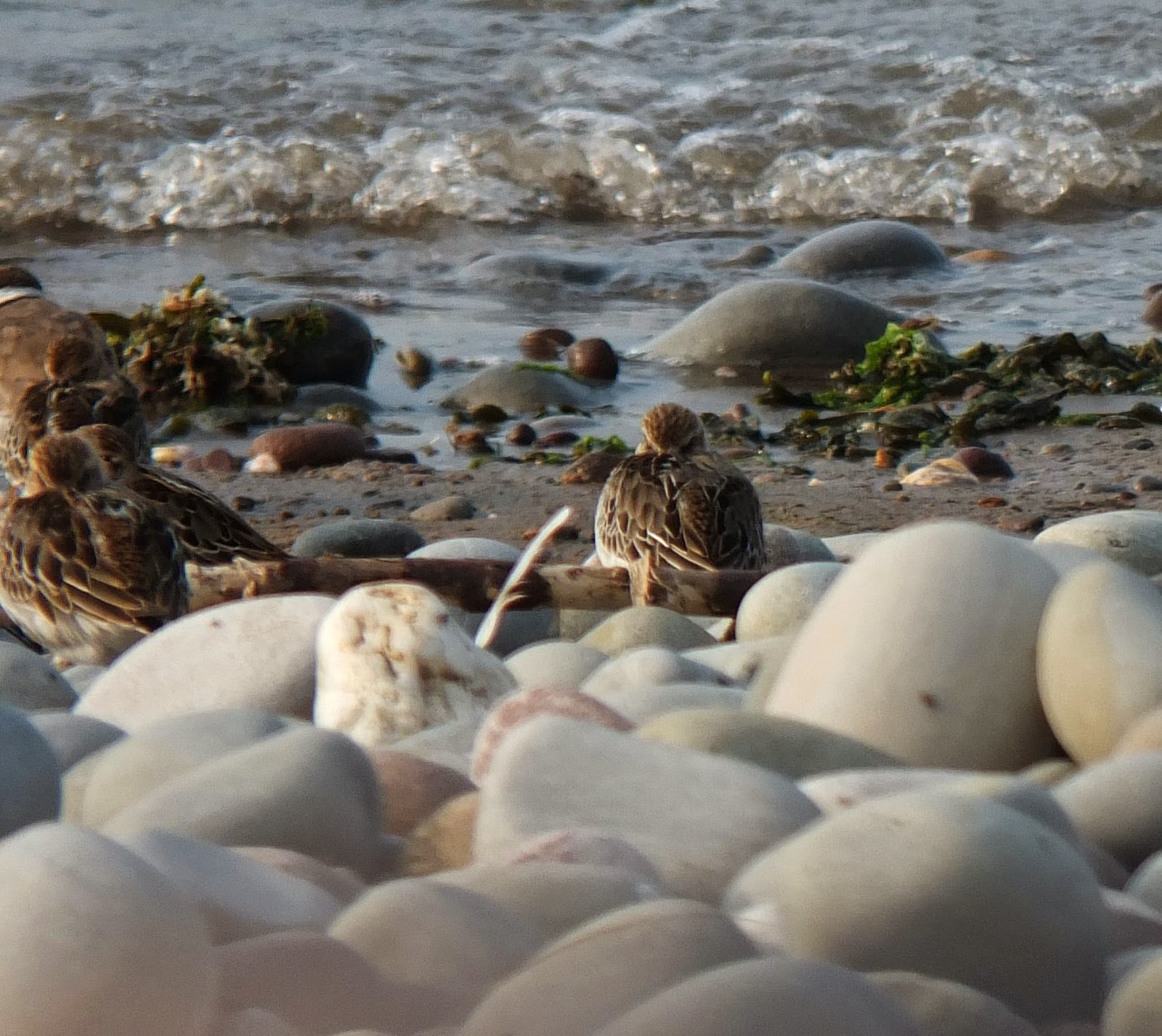 James: Just before the dog walker...

There were a lot of Shelduck far in the distance. It was then that James spotted some birds on the shore a way away. What the are they?? We had no Idea. Stealth like we crept along amongst the dunes to a closer spot. They turned out to be Grey Plovers. Similar to Golden Plovers which we thought they were. Quit a find we think. 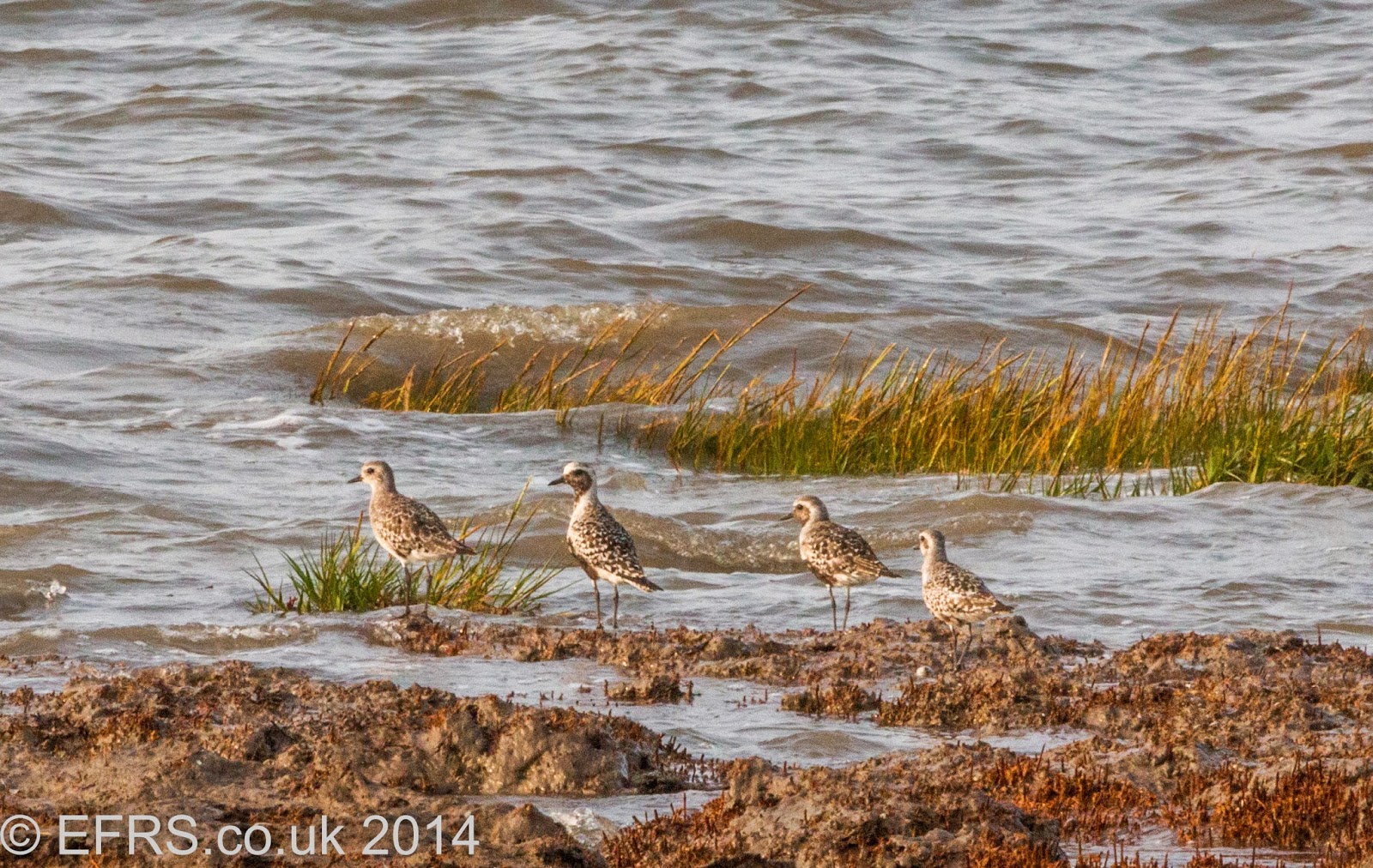 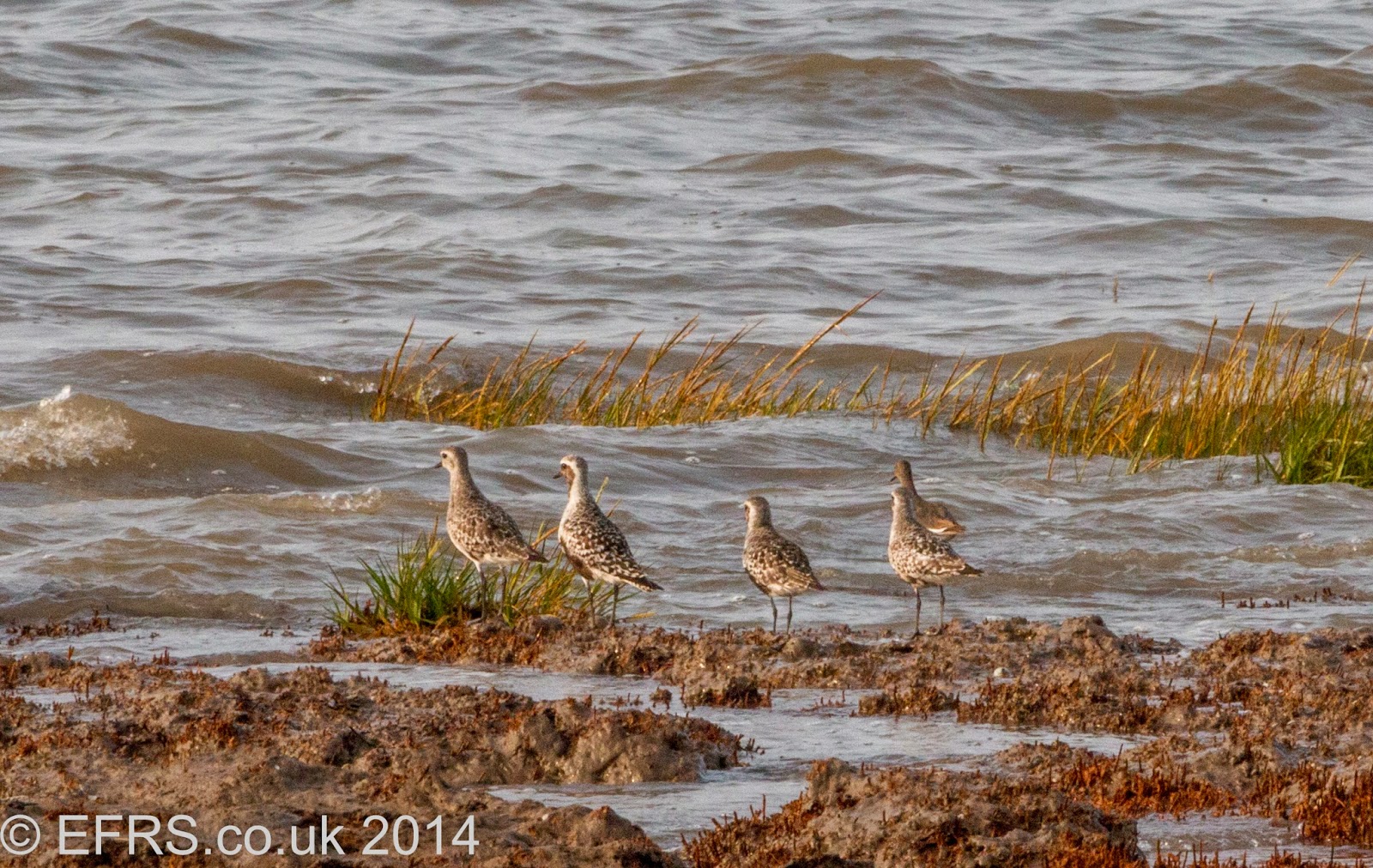 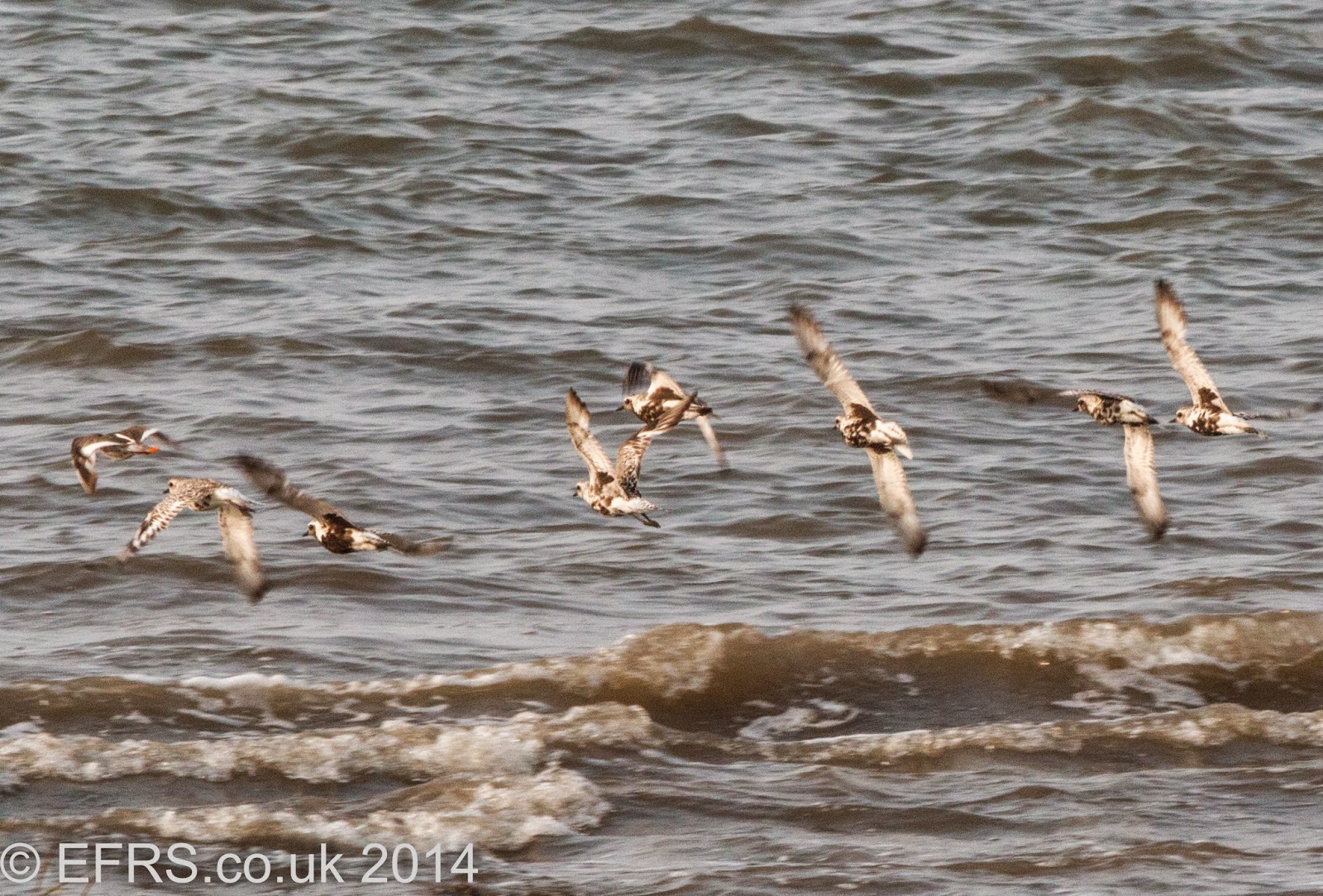 Grey Plovers after a dog wandered too close 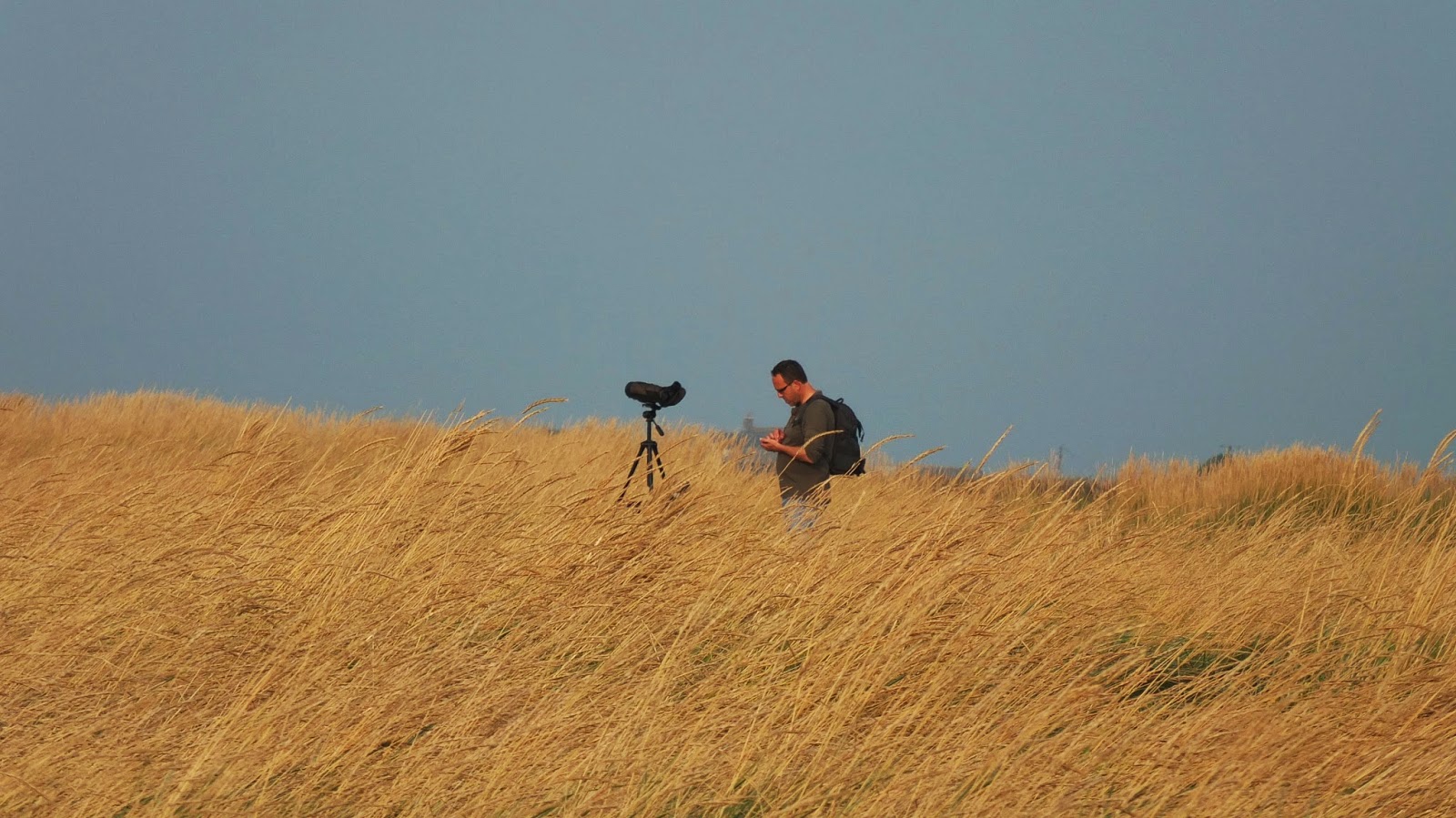 So that was quite  a day. We weren't expecting quite that many species of interest.  Both Surf birds and turf ones as well!

We were of course mostly looking for Short Eared Owls. We'll give them a few more weeks shall we? Watch this space