The Sunday started pretty much as usual with my 3 year old daughter shouting
“I want to watch The Furchester” at 615 am. The Furchester (in case you haven’t heard of it) is essentially The Muppets for 2015.  Luckily The Cookie Monster made the cut.  He can make me smile even when its dark outside. 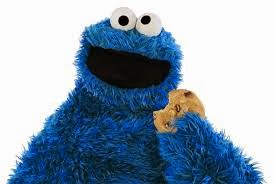 Anyway, birding wasn't on the cards today (or so I thought). However a brief comment from my wife about “going to her mums later” did get my attention. I carefully suggested taking my car down to Wells “to get it cleaned, after going to the play park, looking round the High Street, moat etc”.

It worked like a charm.  Silently I slipped my camera into the car and went to Wells.

At Morissons the chickens were showing well. 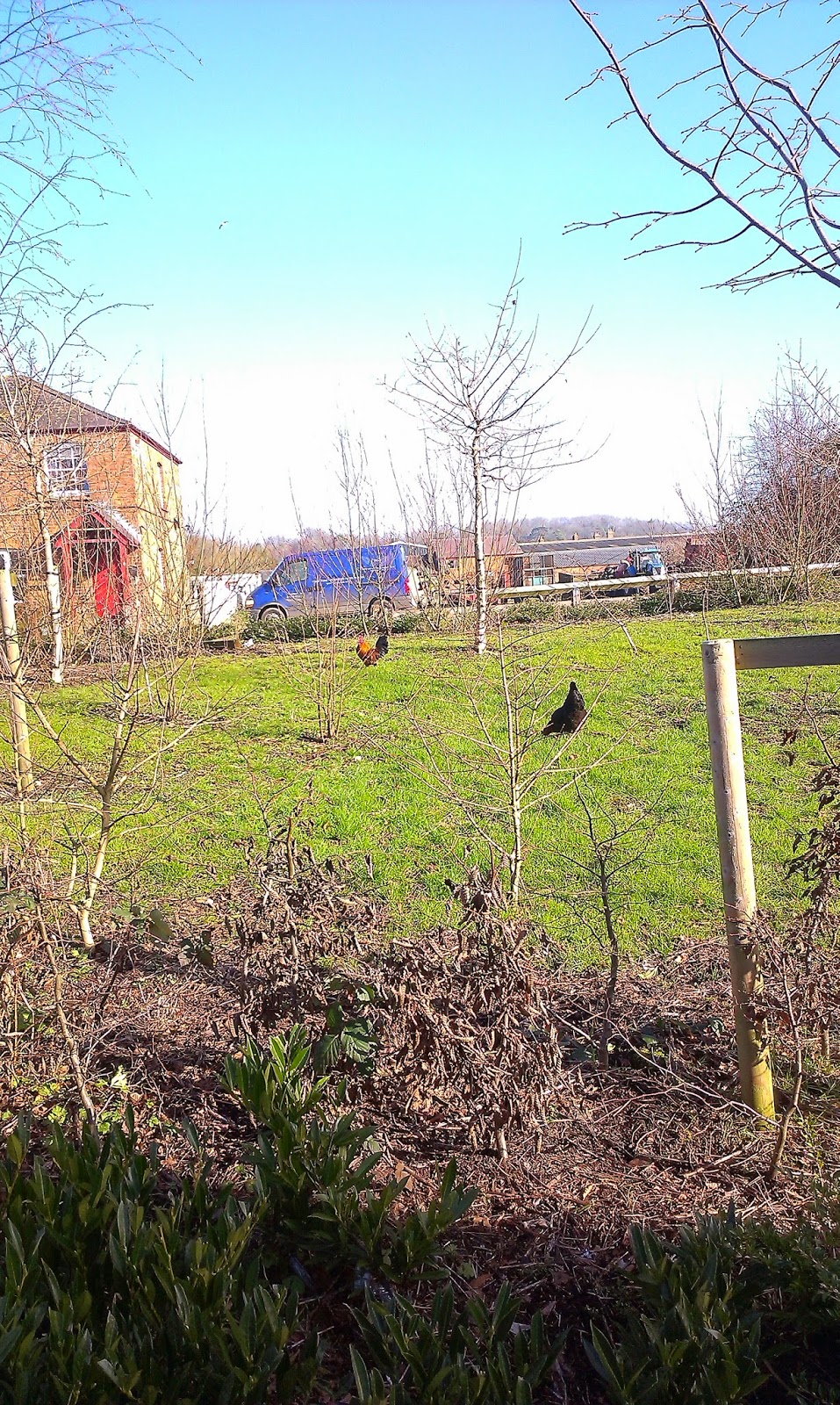 More importantly the Kingfisher was sat very nicely at the moat, except I didn't have my camera... Just go to Carl Bovis's site.  He has got some good pics of it.

Anyway after dosing up at Coffee #1 on hot choc and tea cakes.  I was able to slip off to Westhay.
On the way I spied a Buzzard on a post.  Knowing full well it would fly off as soon as I stopped the car.  I drove forward a bit but kept the loud music blaring.  Wound down the window and shouted a bit (not the last part).  He stayed there for about a minute!!! In the sunshine!! A first. 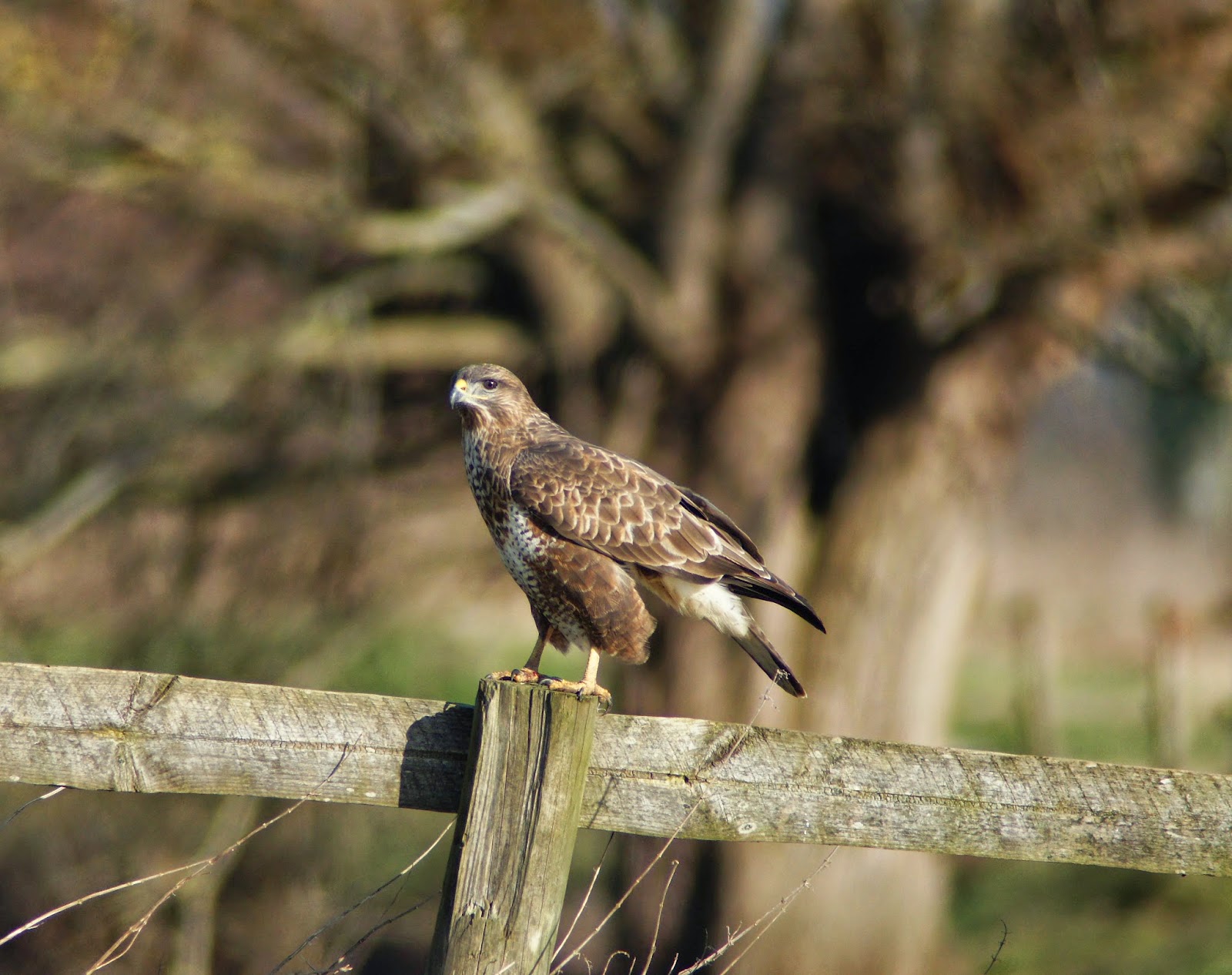 At London drove there was bedlam with people, dogs and cars.  It was like the A39.
I spied a familiar white camper.  Mike was here.  His keen eye would spot any little birds fluttering about.  Then I could take a picture :-)

Sure enough I found him (and is wife, I have forgotten her name which is very rude of me.  My full apologies!) After a quick chat I moved on up to the hide “at the top”.  I like this one. Theres always something here.  After a few moments the Goosanders swam a bit closer and started fighting. 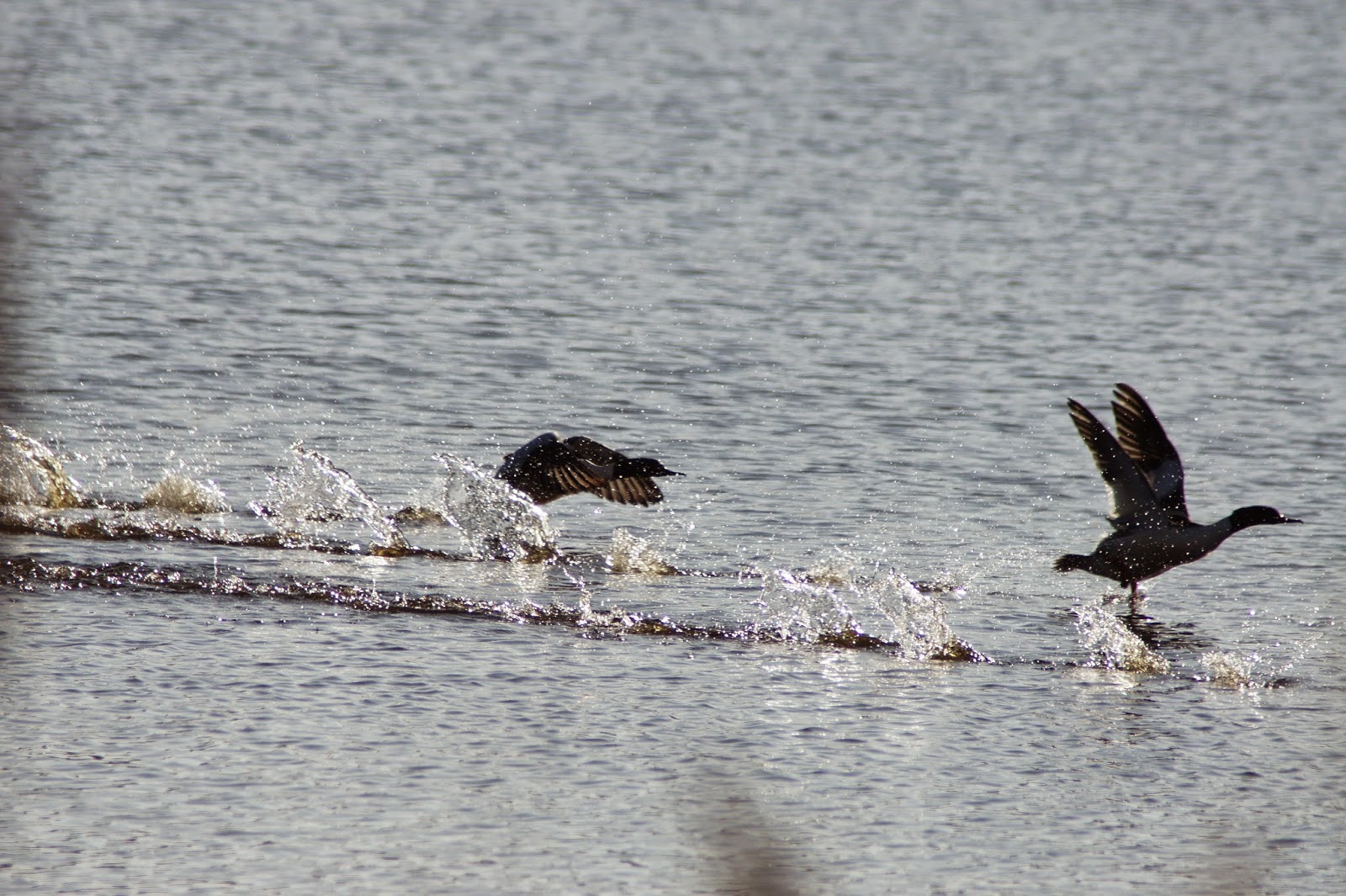 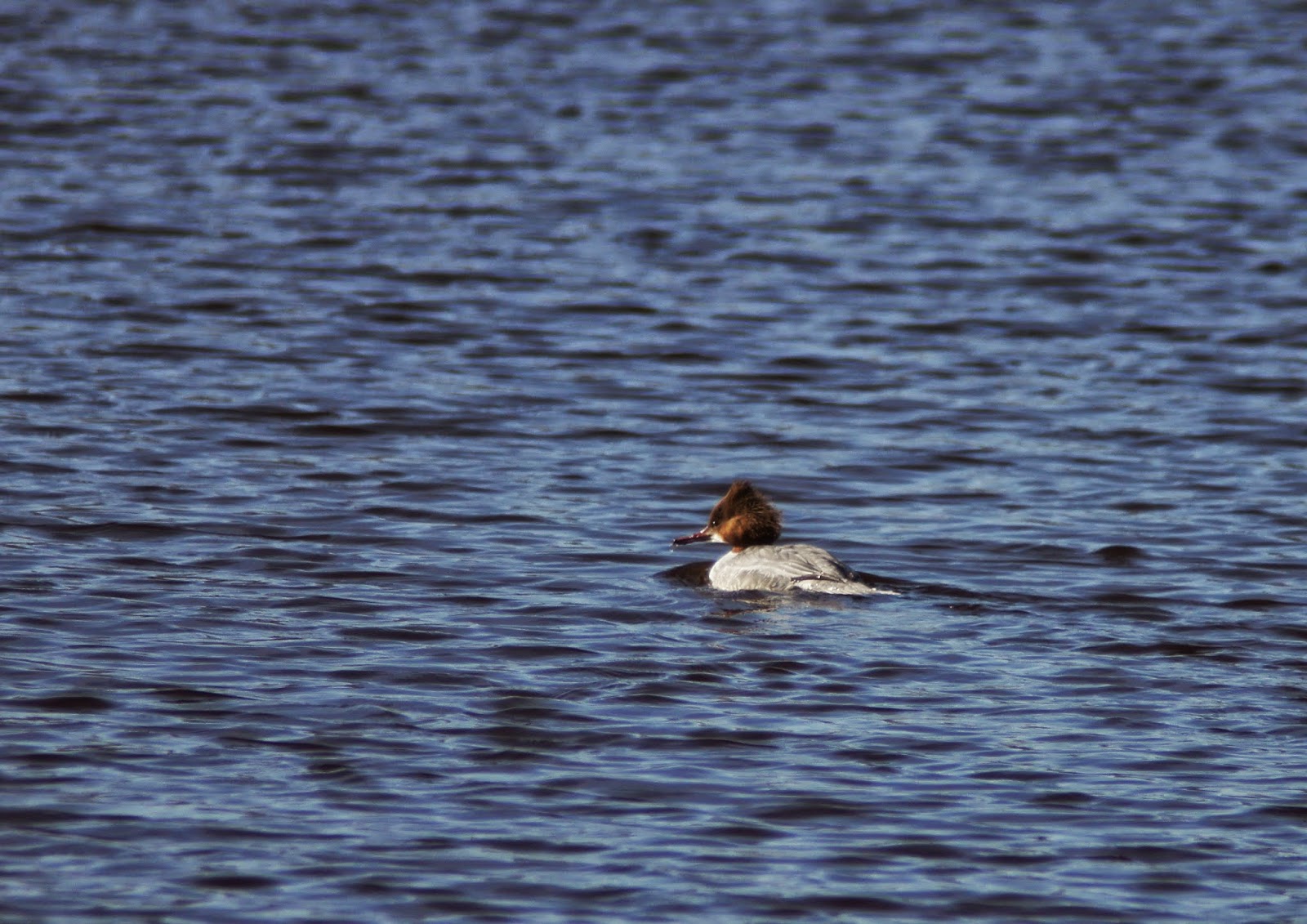 This one showed in the sunshine which was nice. 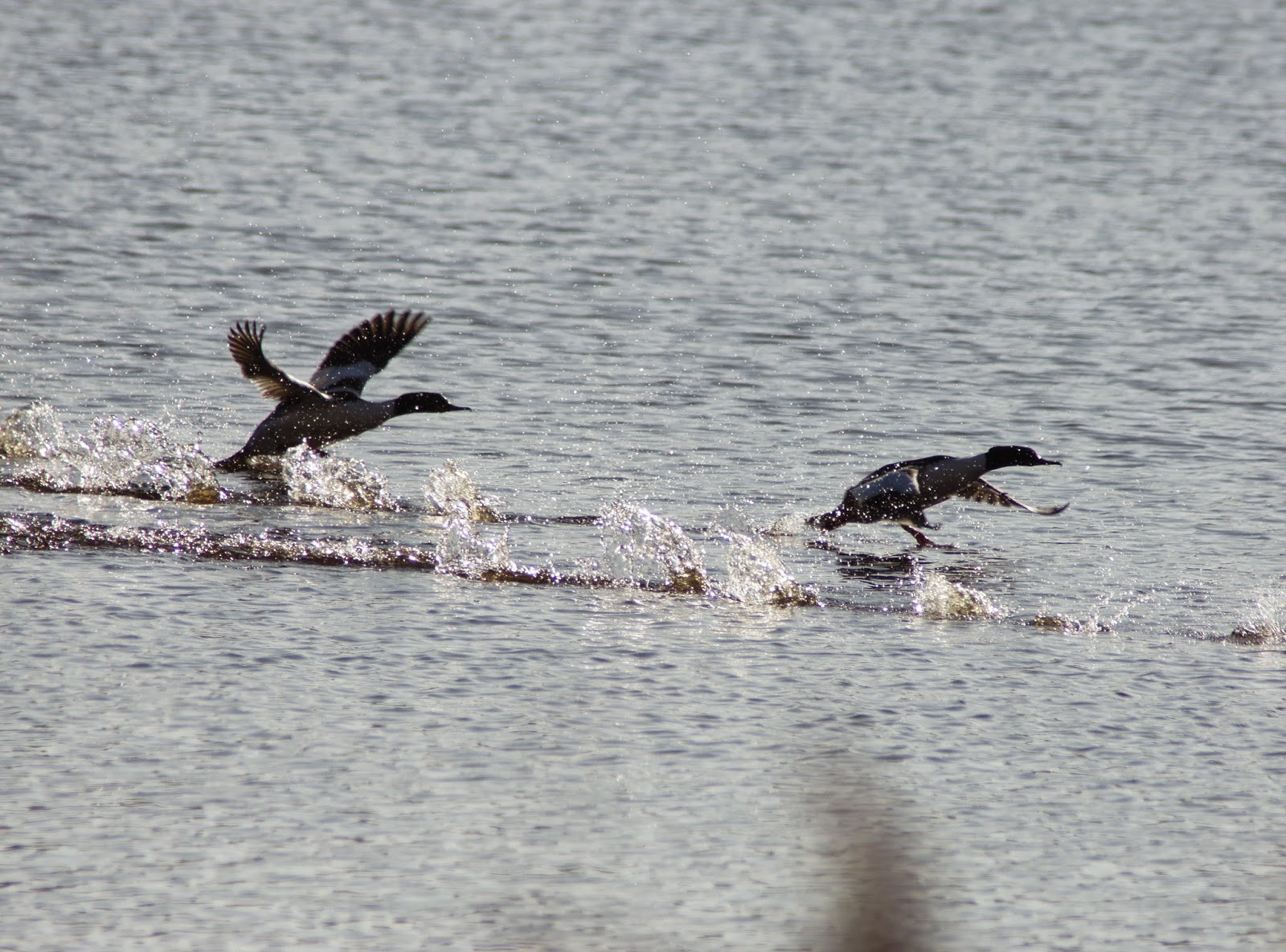 Then a heron flew in.  Looked at me warily and flew off again. 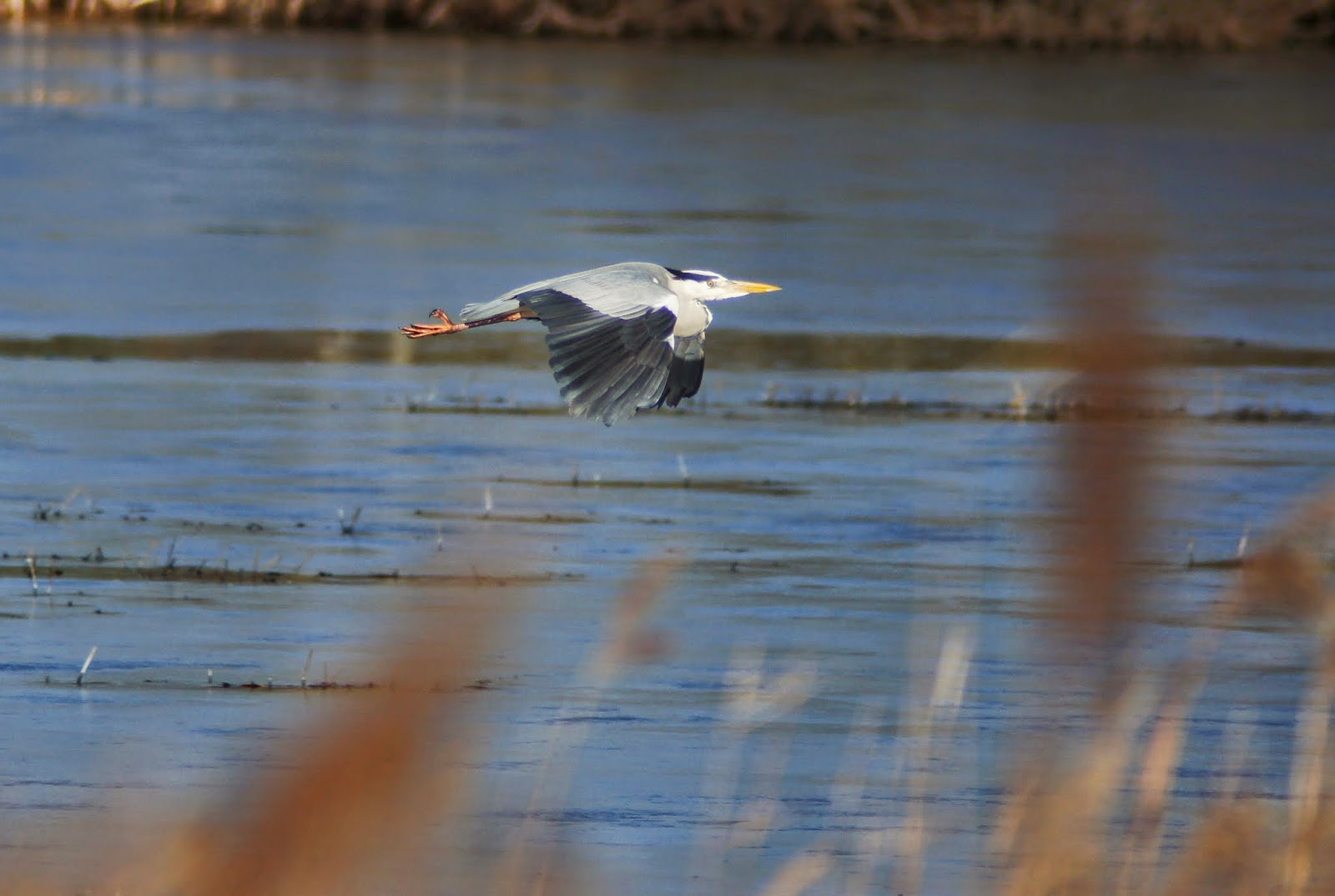 Mike and his wife joined me.  A Water rail was doing its best Michael Jackson impression, sliding and skidding on the ice. 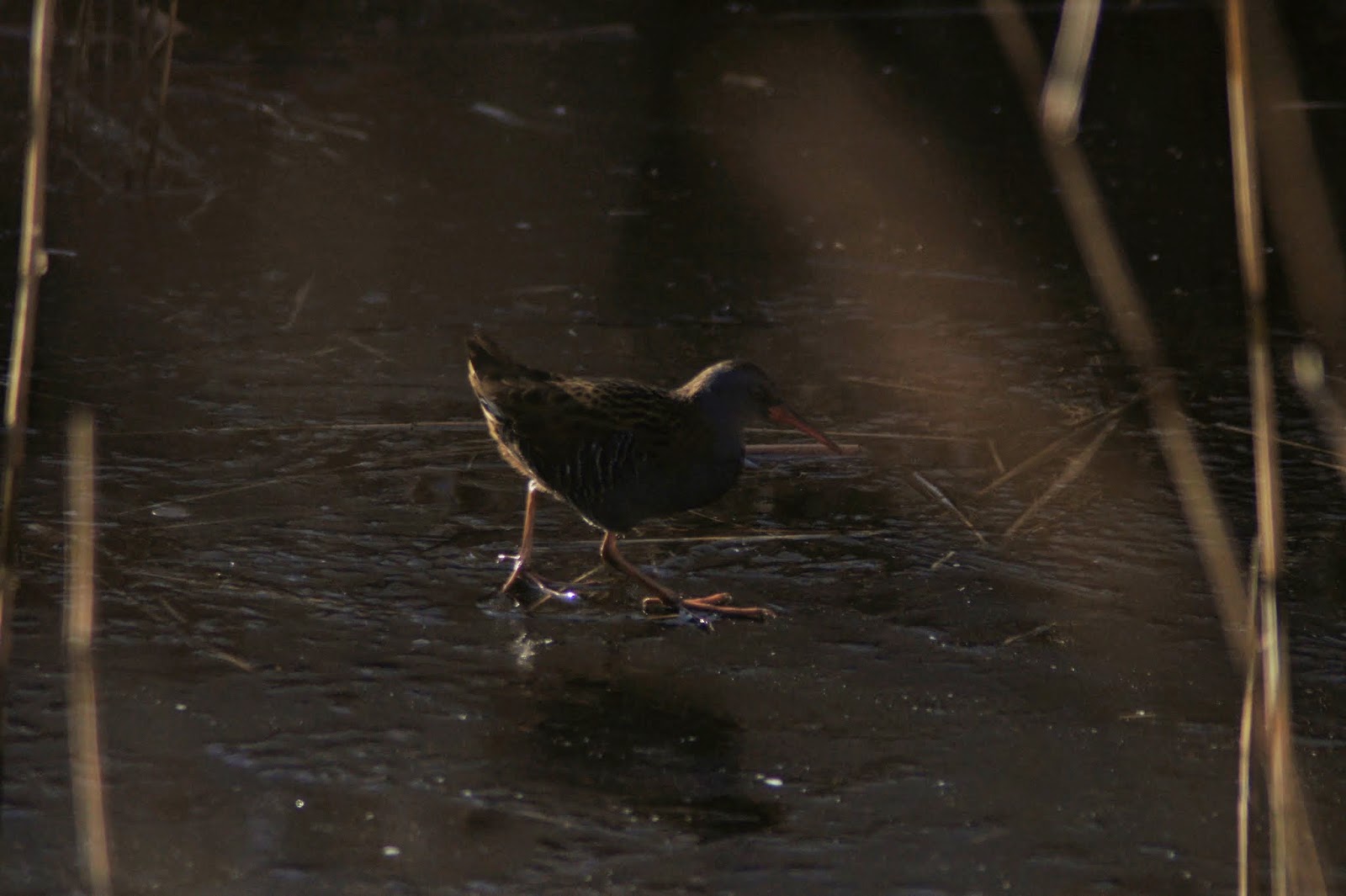 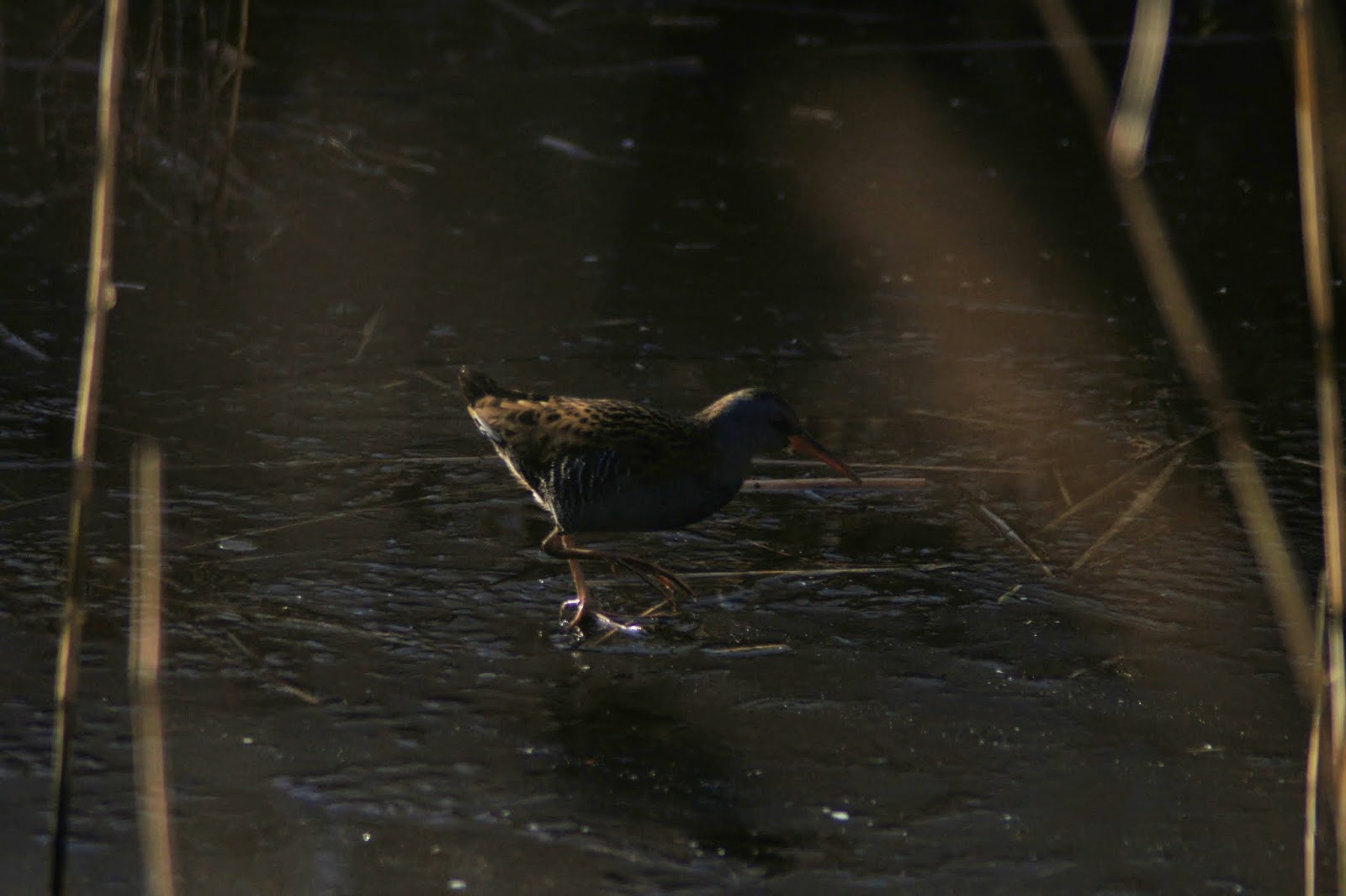 If you flick between these pictures quickly enough it looks like the moonwalk.

I really was enjoying the sunshine and took my time on the way back. I stopped with Mikes wife (sorry this is soo embarrassing). Loads of people were looking for “The bird”. Then I noticed a small flitty critter n the ivy.  It was quickly identified by Mikes wife.   Firecrest!

How on earth people have managed to get a picture of this thing is a mystery.  It flitted about for a few seconds and was gone.  Still I had seen it.  But I was a little crest fallen, it was a rather brief encounter.  But then its that which keeps us coming back for more...

Thanks to Mike’s wife for the confirmation.  Still I feel so rude.