See them in droves

Today found me down at Westhay (again!).  I just like wandering up the paths and droves and looking at the rather prehistoric landscape (more on that later)  It wouldn't be to difficult to imagine a hairy neolithic man stalking the reeds.  But that's for another time and quite possibly another kind of website (takes all sorts). 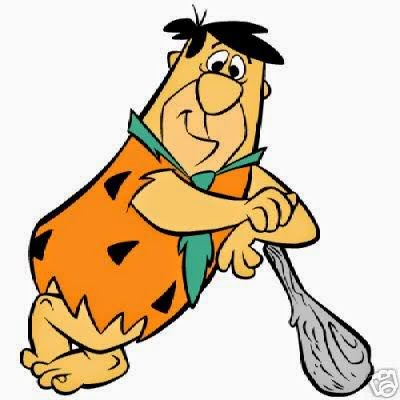 Anyway back to the here and now.  Andrew was due to meet up at the raised platform.  But I had a bit of time so I examined the tree lined London Drove.  Woodpeckers were everywhere, drumming and flitting about.  But never close enough for a photo.  Then another, smaller woodland denizen caught my eye.  A Treecreeper.  I really like these little birds.  He began corkscrewing up the tree and then flitted to another one.  I tried my best but they are hard work... 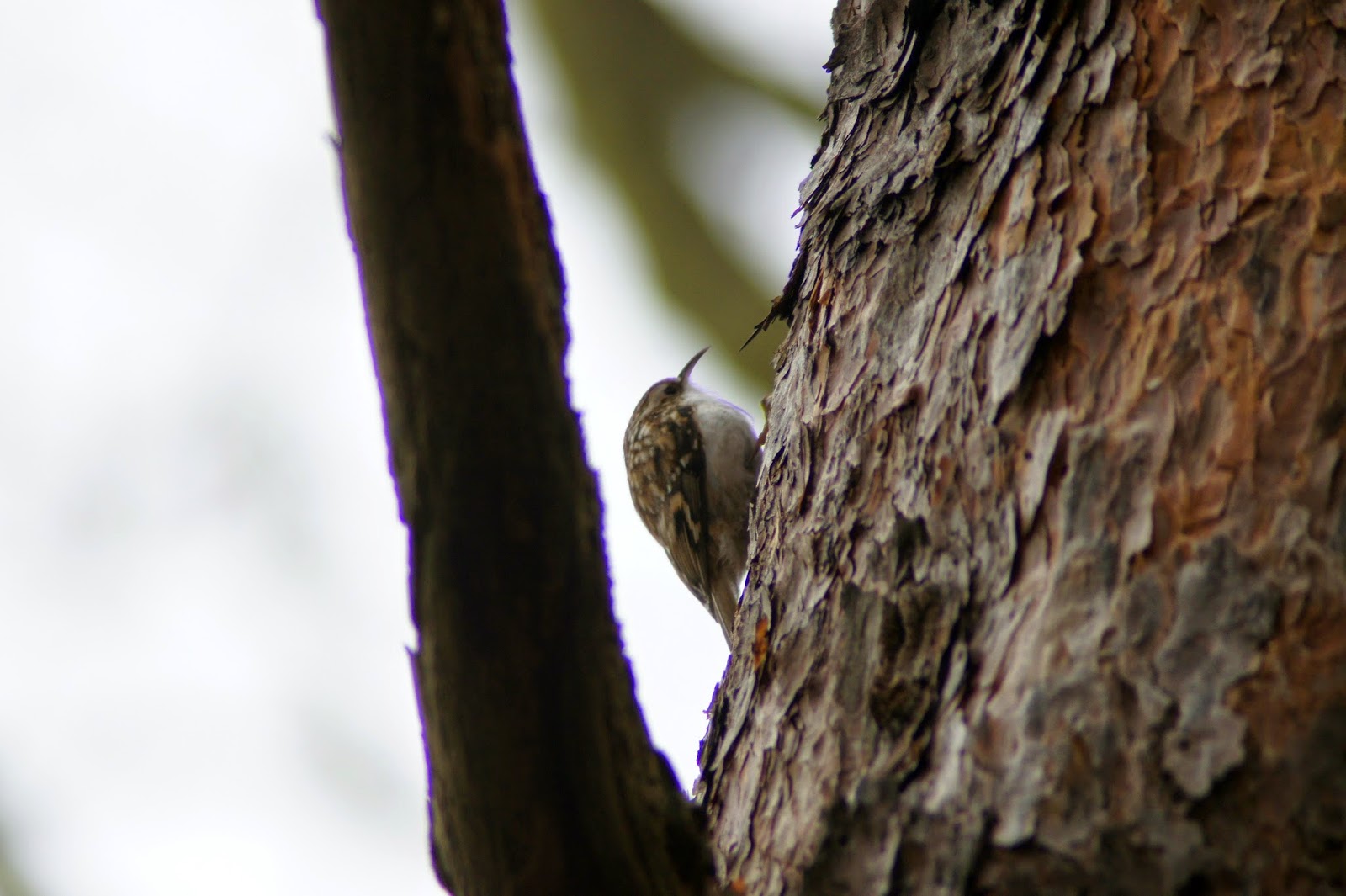 Its not great but at least you can see it

Trudging away from the drove I headed to the raised hide.  This Tufted duck allowed me a quick shot before floating off. 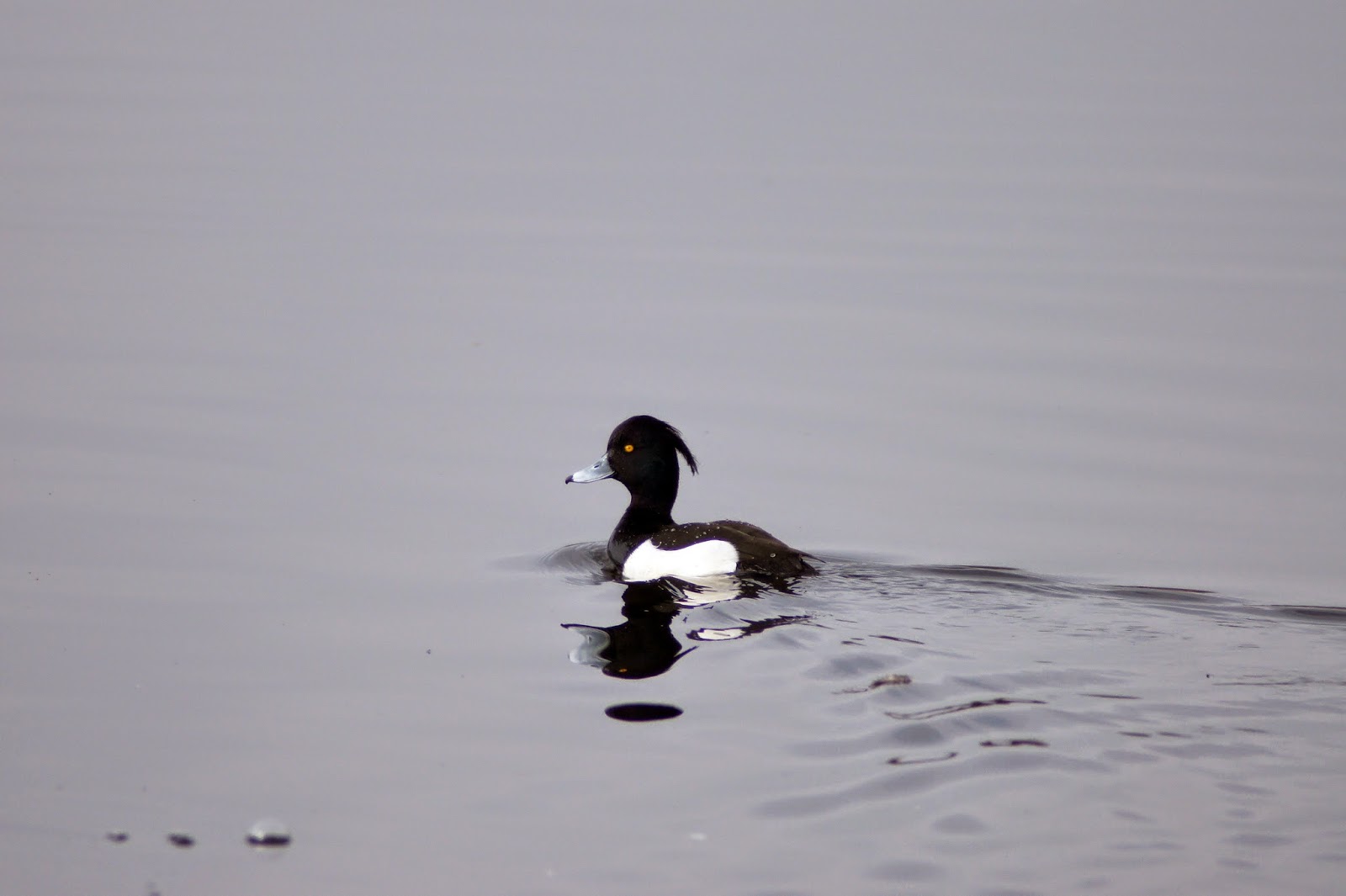 It was rather cosy with tripods and large cameras in great numbers.  As I squeezed in I noticed 2 Marsh harriers soaring about.  The light was awful and this picture is to.  You'll just have to believe that this is a Marsh Harrier. 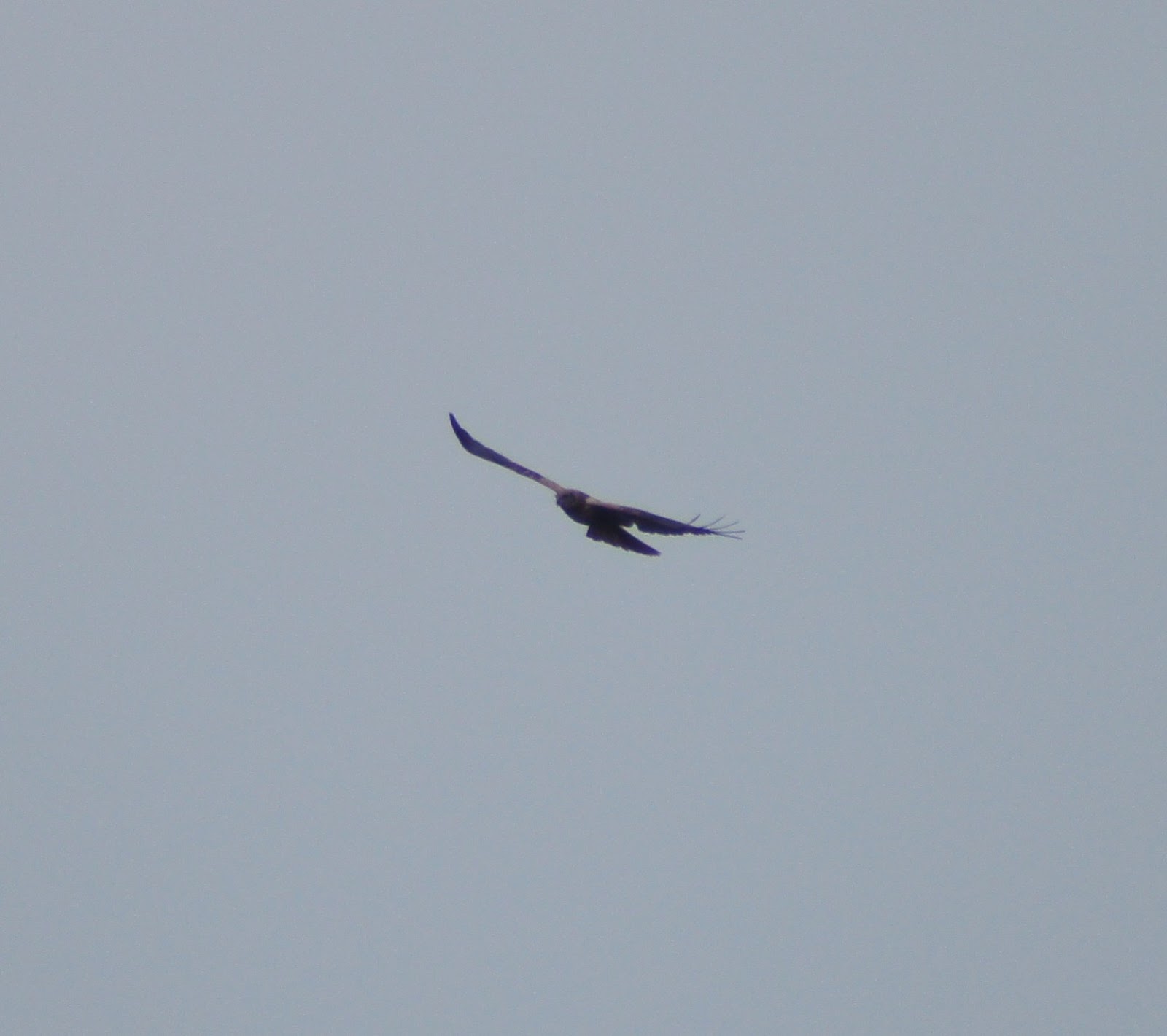 For a decent picture of a Marsh Harrier go back a few posts...

Moments later Andrew arrived.  Having missed the Harriers he did have some small compensation with a Kingfisher making a quick zip by.

After a while we headed back towards London Drove and up to the hide at the end (which probably has a name).  On the way we were serenaded by Long Tailed Tits 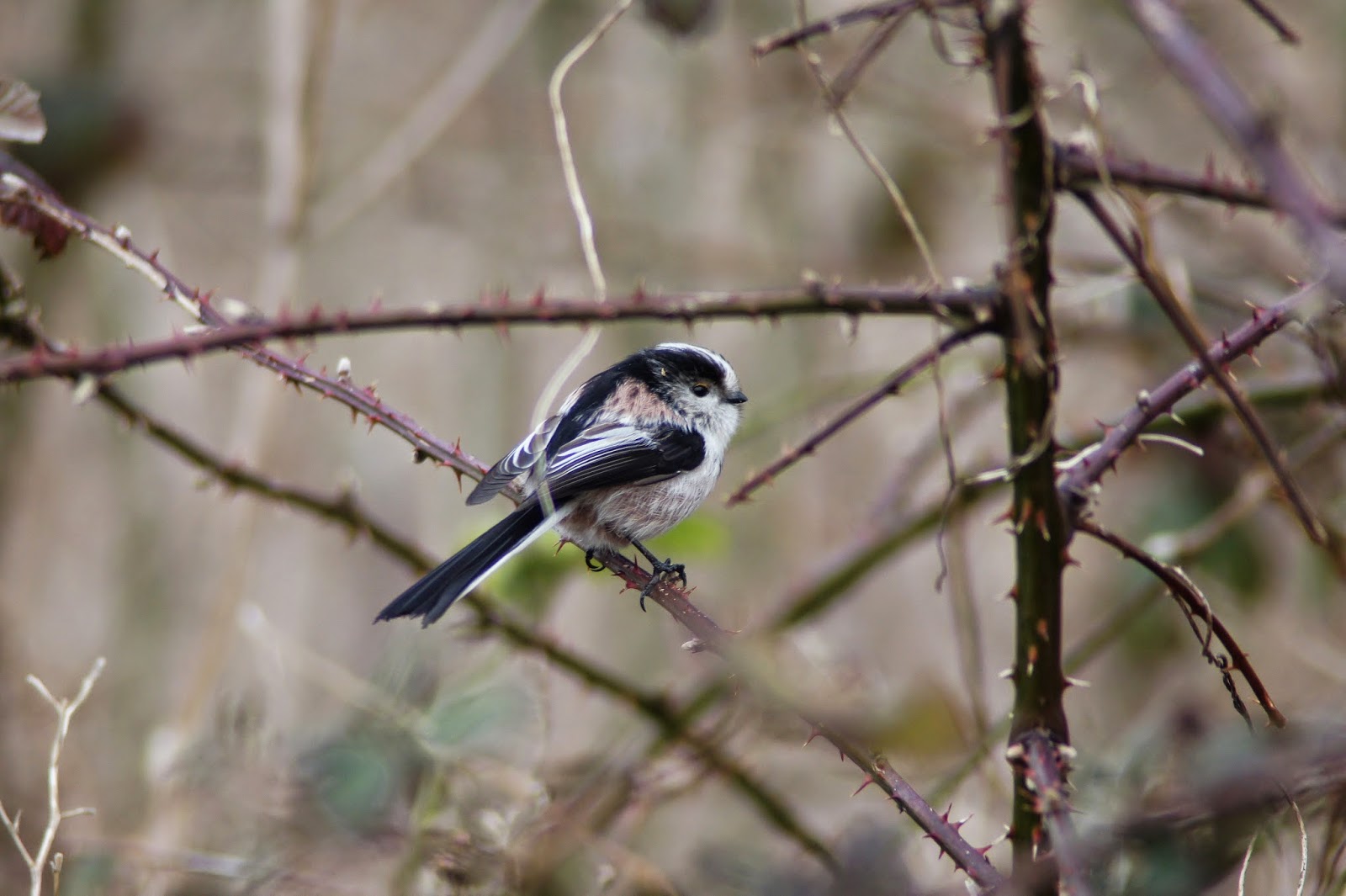 What a lovely little fella.

Water Rails were squealing in their droves (and in the droves as well).

This one was quite tame and let me get quite close. 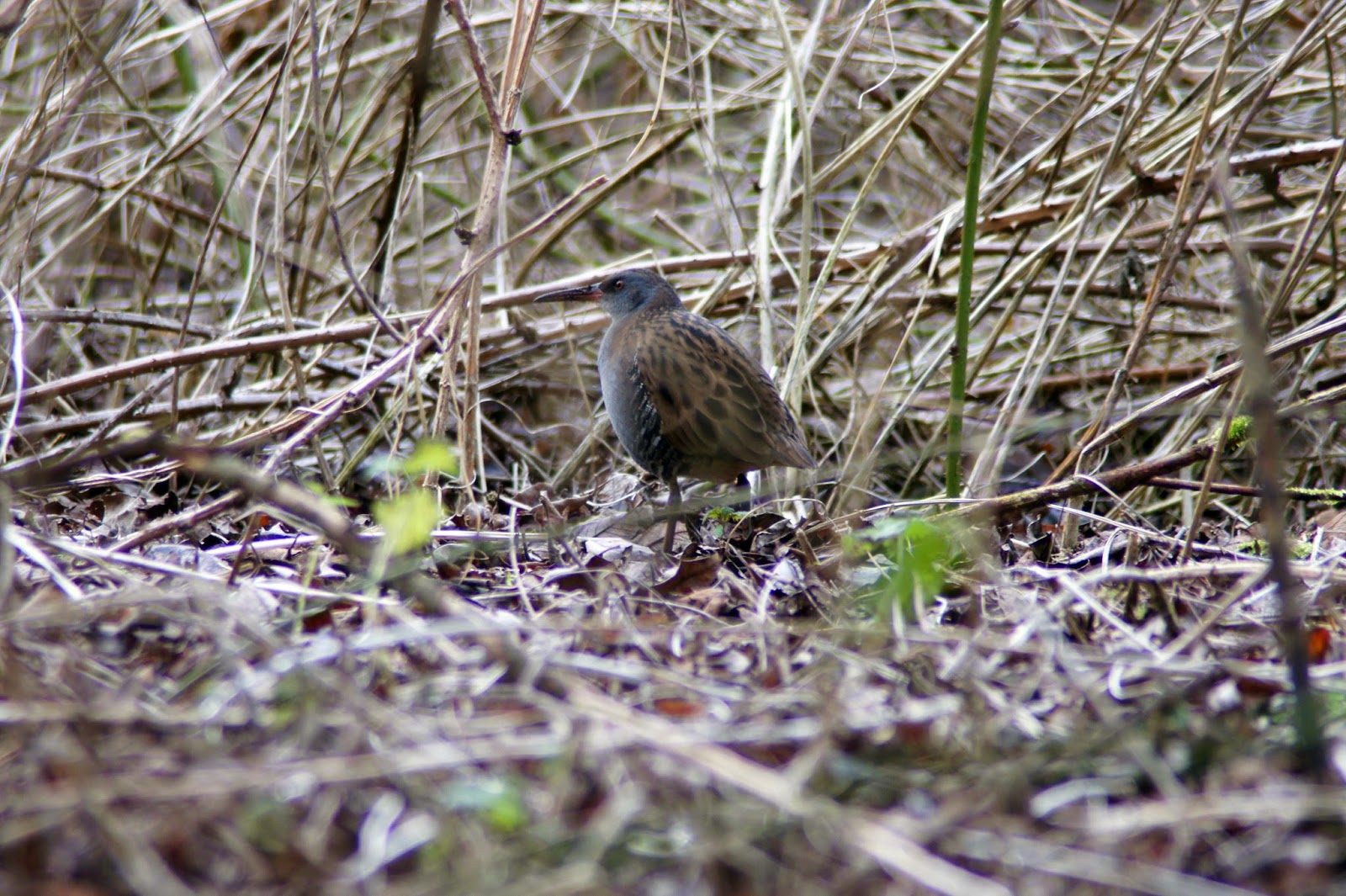 There was also a Reed bunting which I really hoped was a Bearded Reedling. 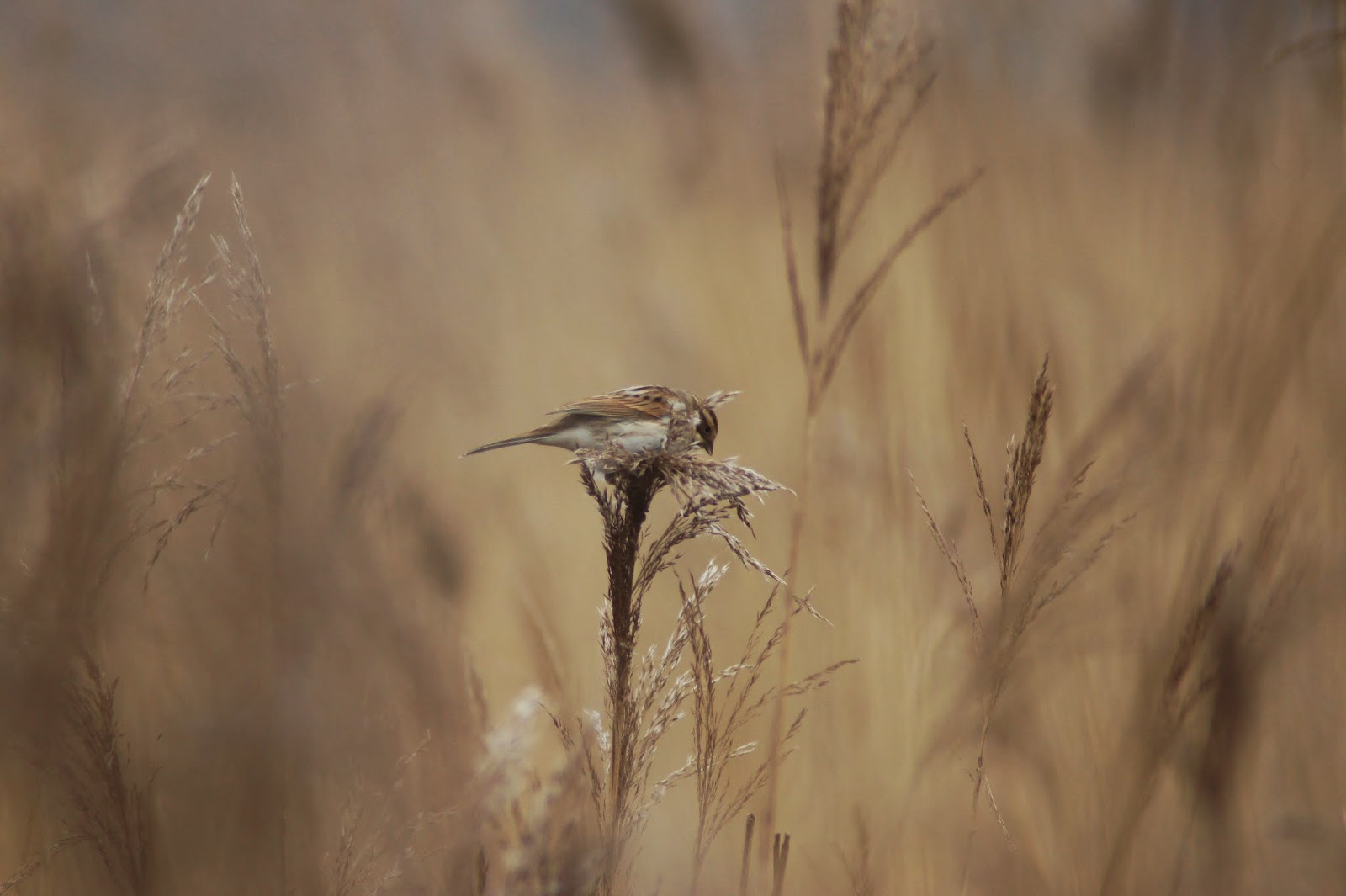 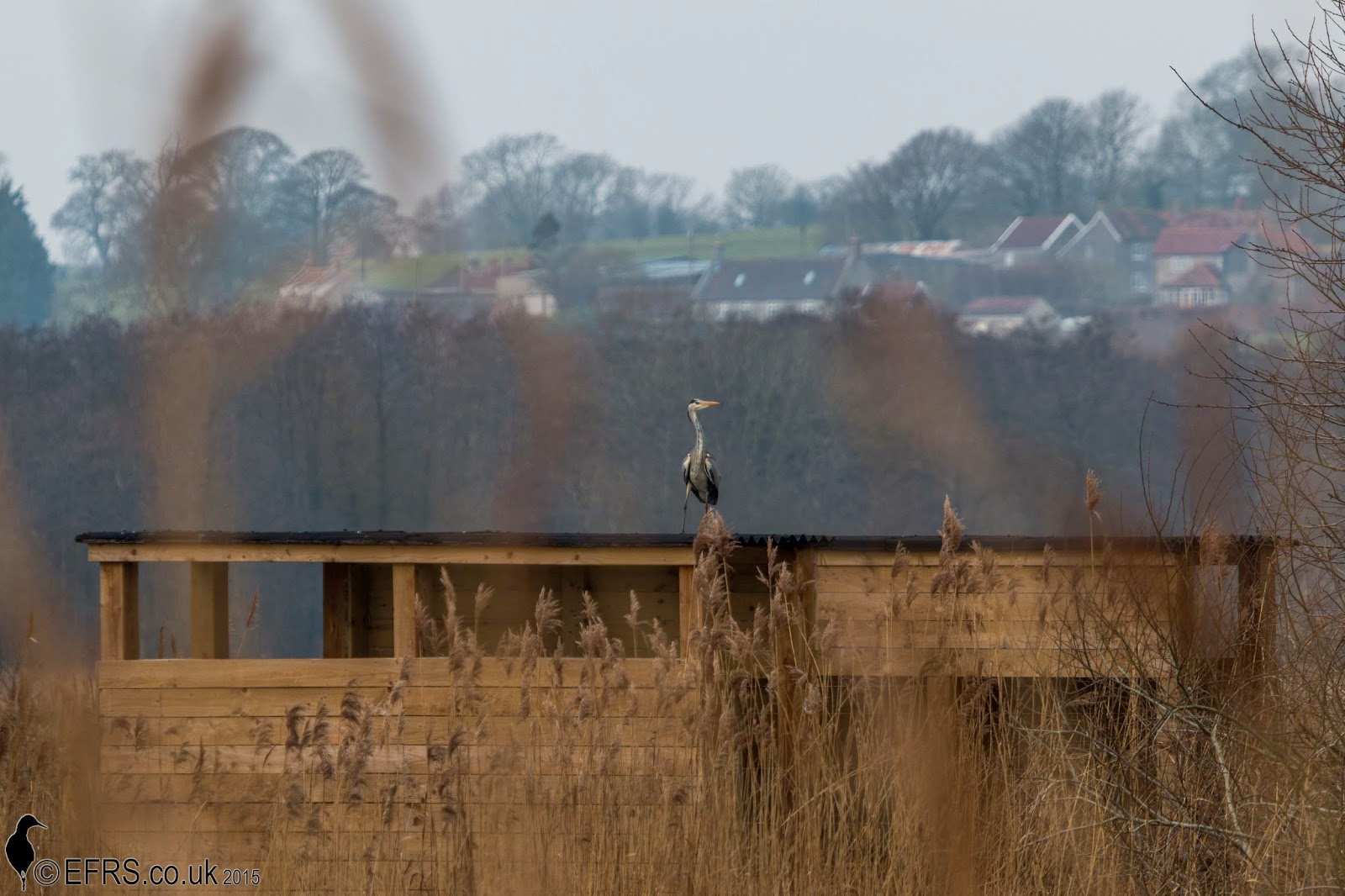 This chap was surveying all he owns from the designated location

As we walked towards the hide we disturbed a large number of Goosander,which was rather annoying as they were very close.  Need to be more careful in future!

We then walked all the way to the end of the track.  Here Andrew busted out his little 50mm lens...

And what a lens it is. I love it. Its a Takumar SMC 50mm. One of the best lenses you could buy back in the day and since its a redundant M42 thread they are really cheap on the bay. Love the colours it gives. Manual focus is so much fun to! DISCLAIMER - I have no idea what I'm doing. I'm just experimenting as I go. 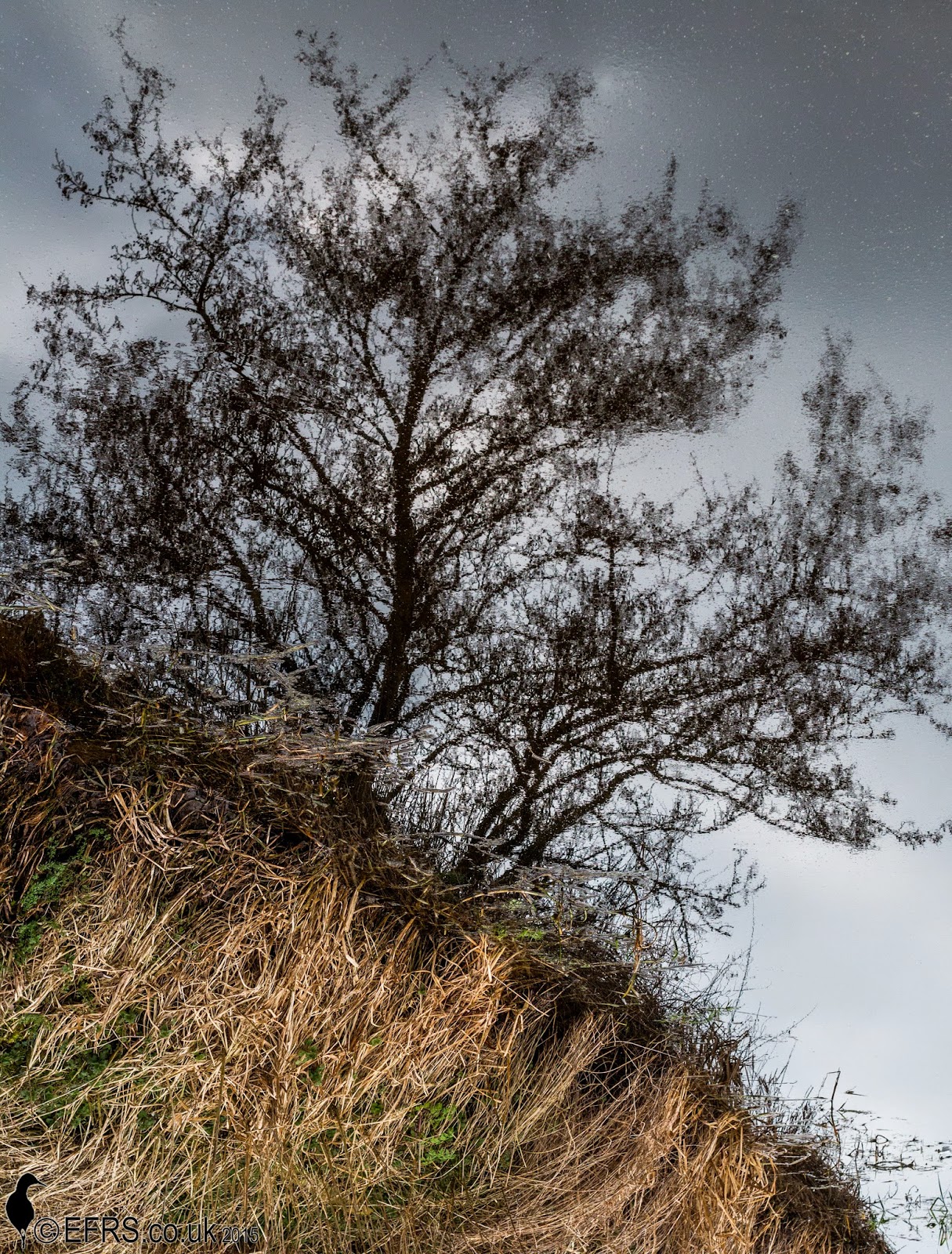 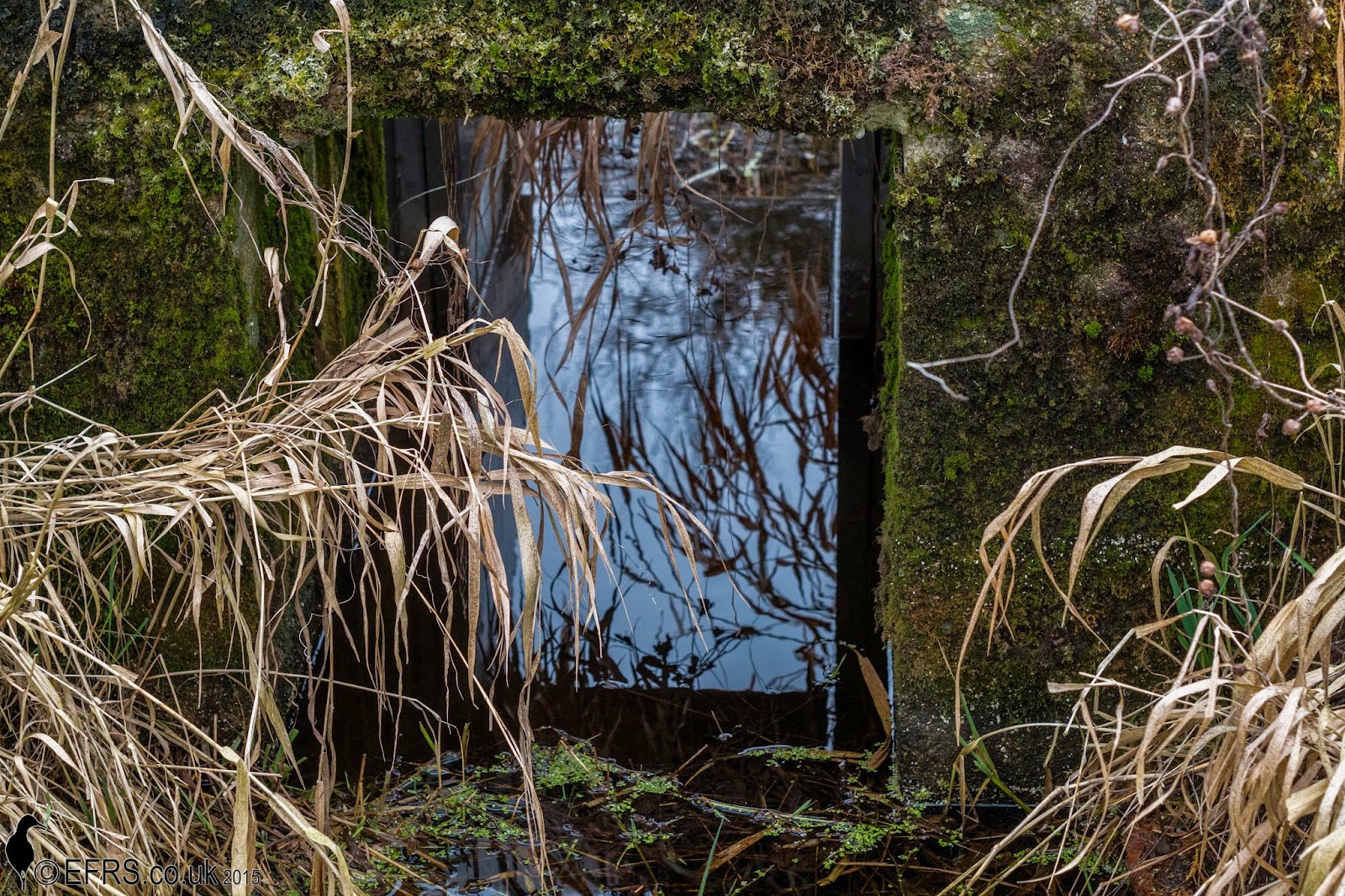 I like playing with contrasts and BW. Photography falls into two camps for me. One for the nature and one for the art. In the latter I'm still finding what interests me. 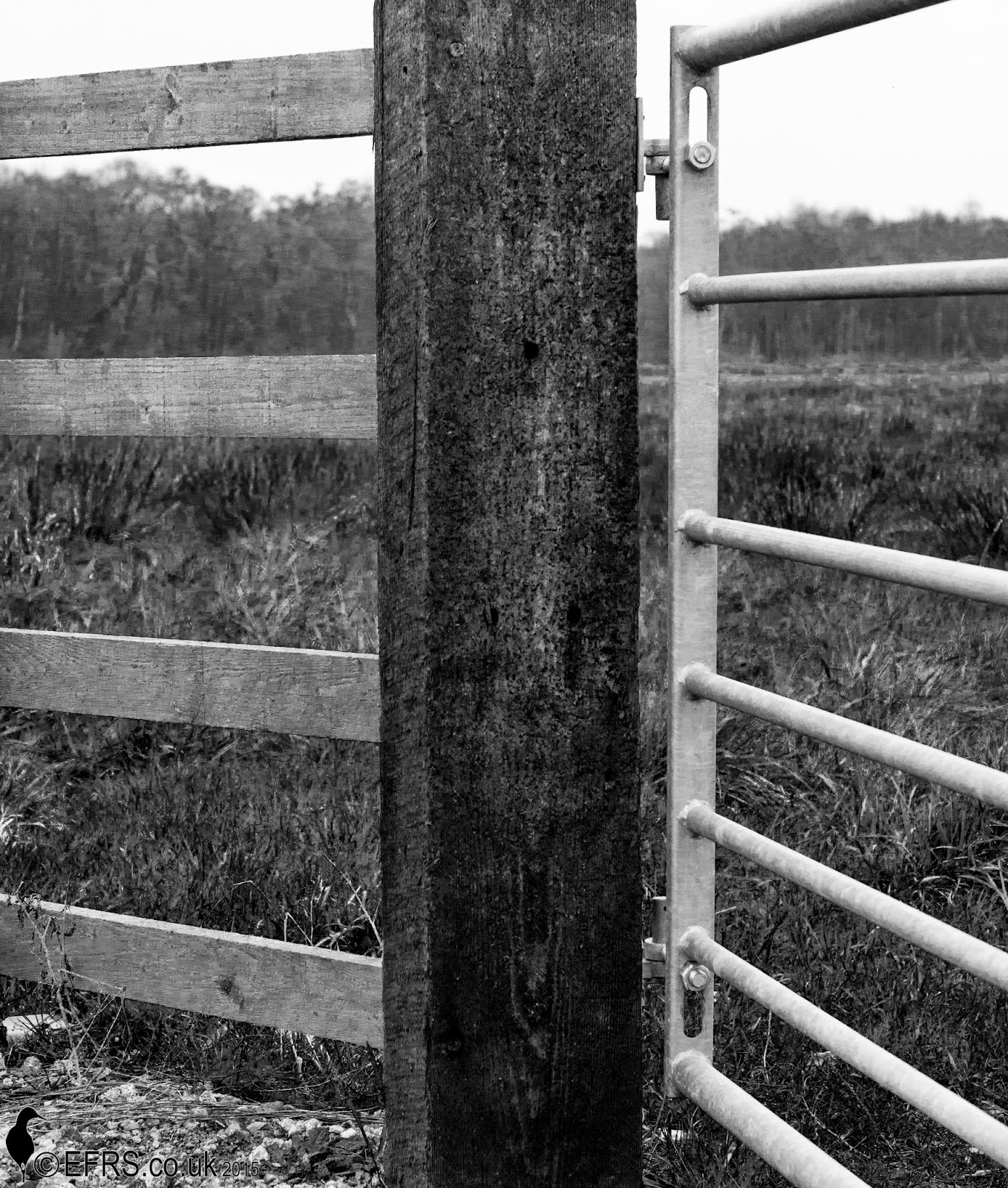 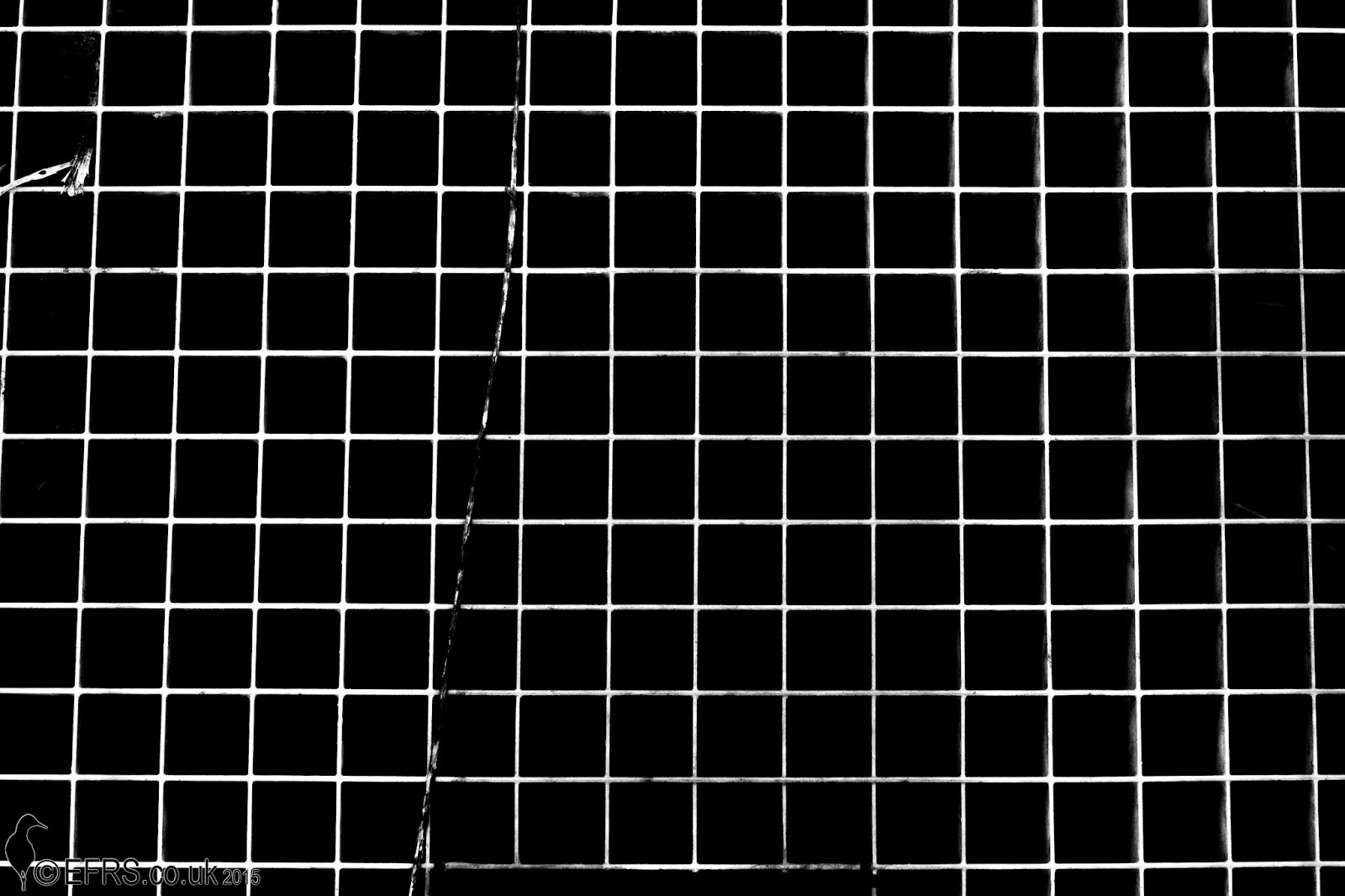 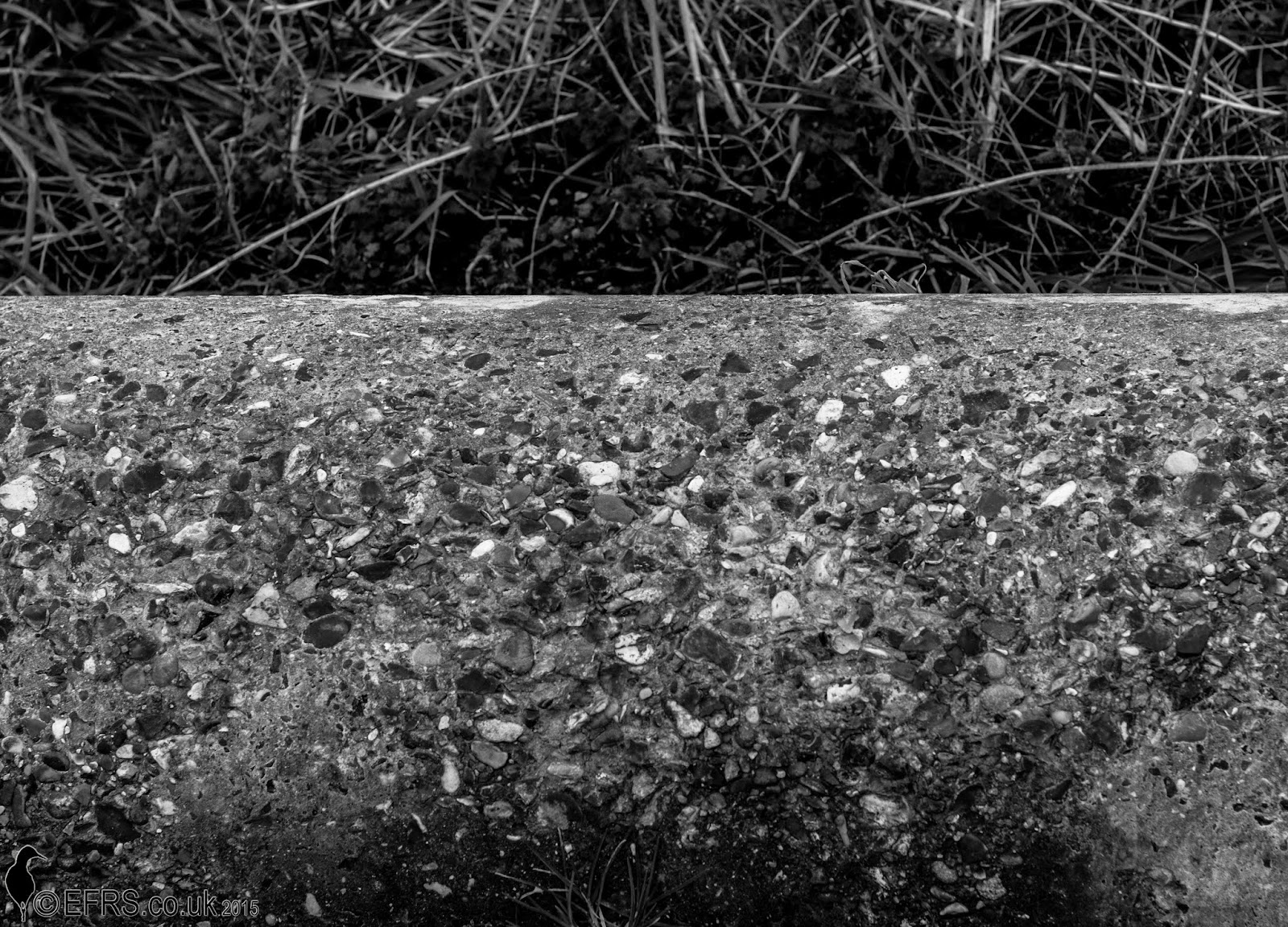 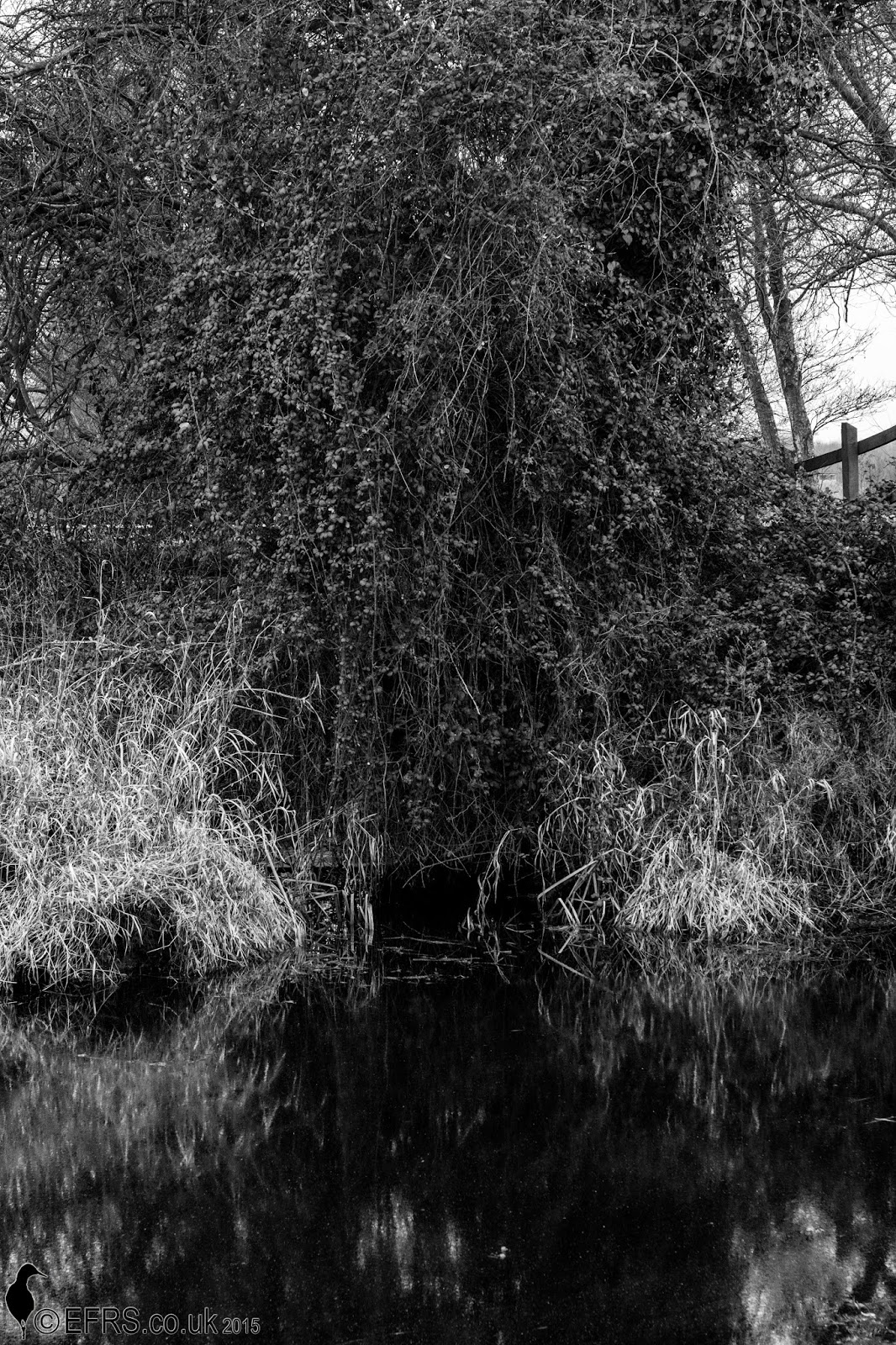 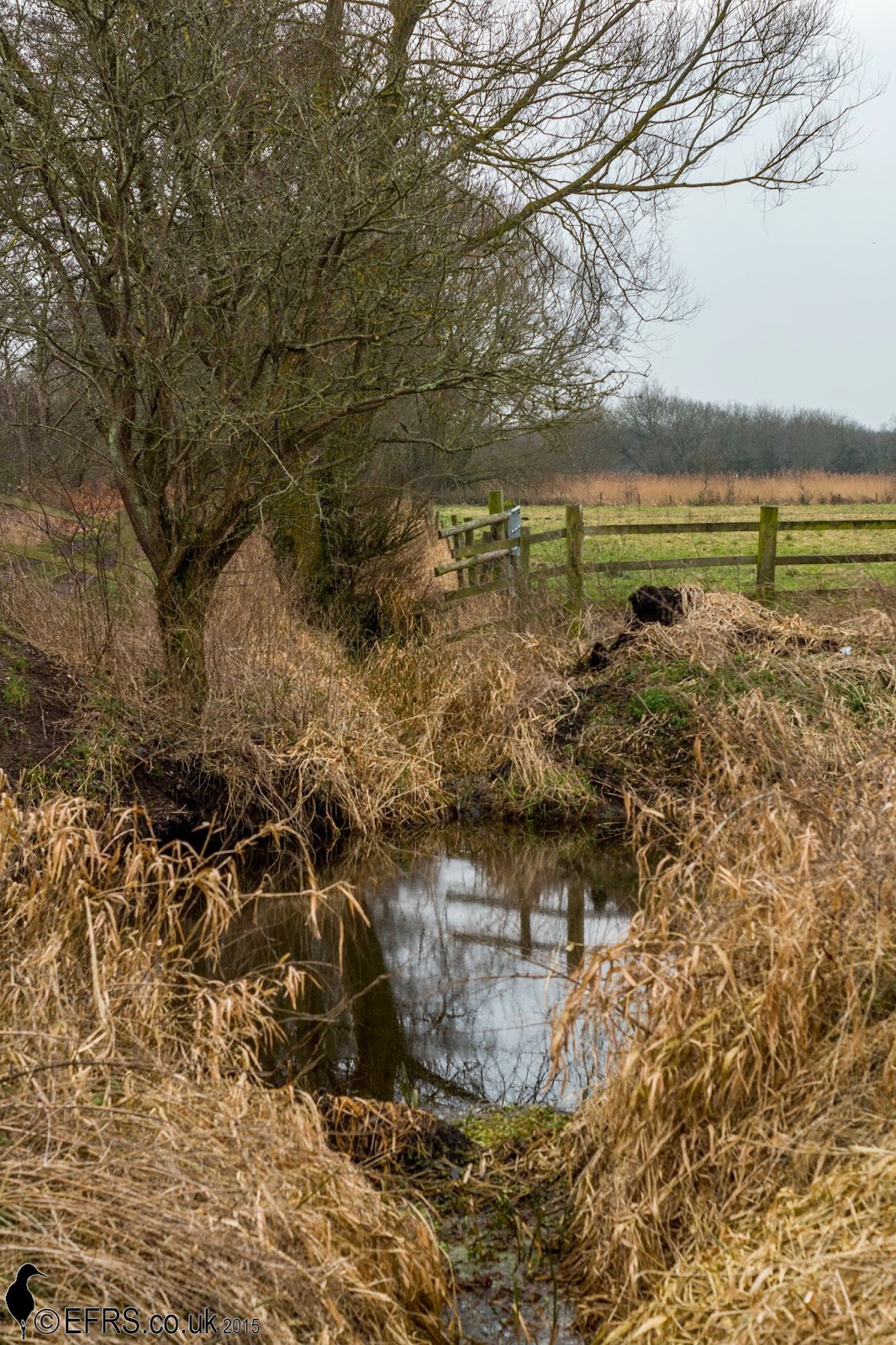 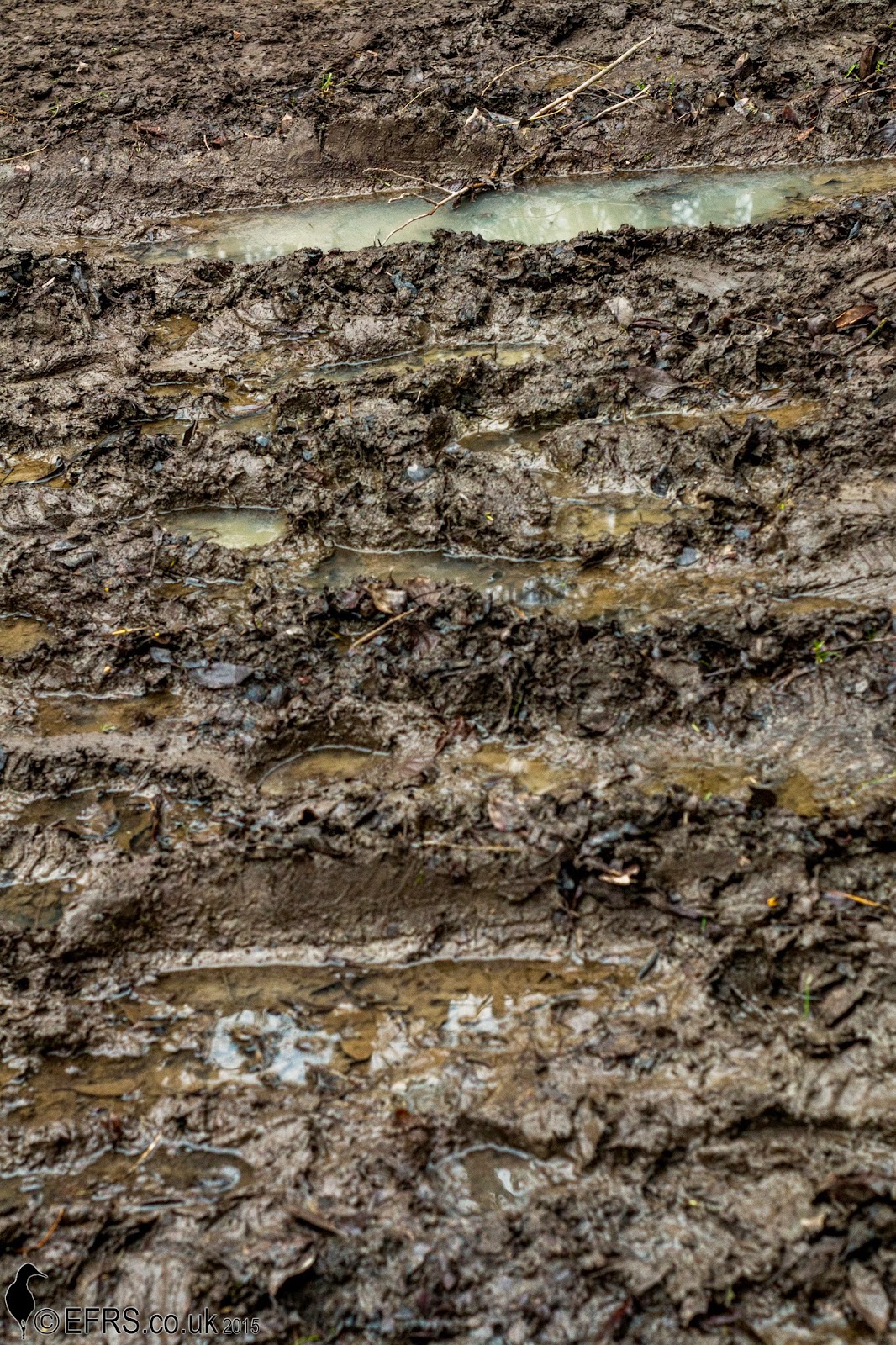 You can't beat a bit of mud for textures 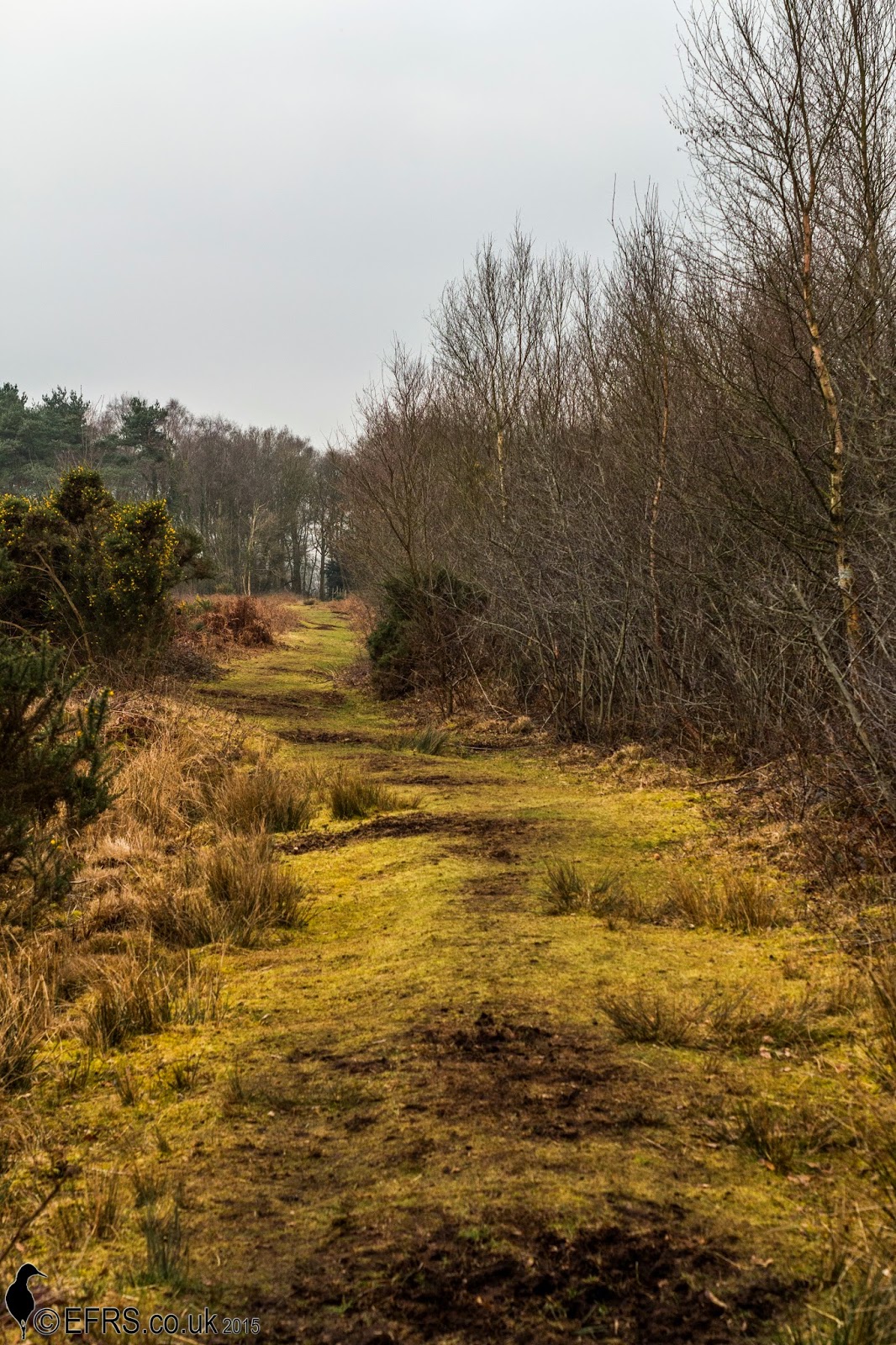 I am quite tempted to get a short lens as it provides a nice break from trying to get birds.  Watch this space :-)

On the way back another Treecreeper flew right in front of me.  But as soon as I took a picture it turned round.  If anyone is interested in seeing a Treecreepers backside (it takes all sorts) then drop me a line.

The rail was still there along with loads of others, still squealing away.  I'm sure their numbers have gone up or maybe I am just more attuned to them?

I see them in droves these days...