Song of the Siren 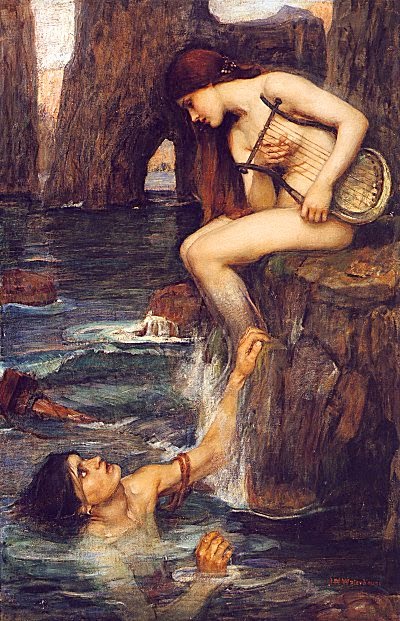 Don't you just love jams? Especially on a fantastic early summers day after a long day at work. I was driving back home on the A39 looking out for Hobbys, yes I do have a thing about Hobbys, when we all came to a halt. Knowing the short cuts I slipped down onto the levels and low and behold I found myself driving slap bang into Catcott reserve. Having the camera in the boot (I had taken it to work in the hope of snapping two pairs of Oyster Catchers that might be nesting on a factory roof in Bridgwater but that's another story) why not stop off for a mo. So I did. So peaceful, not a breath. I started snapping. In the back of my mind I was dreaming of snapping a Hobby with the Tor in the background. It's starting to become a bit of a competition with Robin Morrison as to who can get as many interesting birds with the Tor behind them. Currently I'm winning 2-1 :¬D

Anyway, where was I............... Oh yes snapping stuff at Catcott. I thought this was a White Throat then a Skylark but I'm not sure now? Thanks to Oliver Mockridge for spotting it's a Sedge Warbler 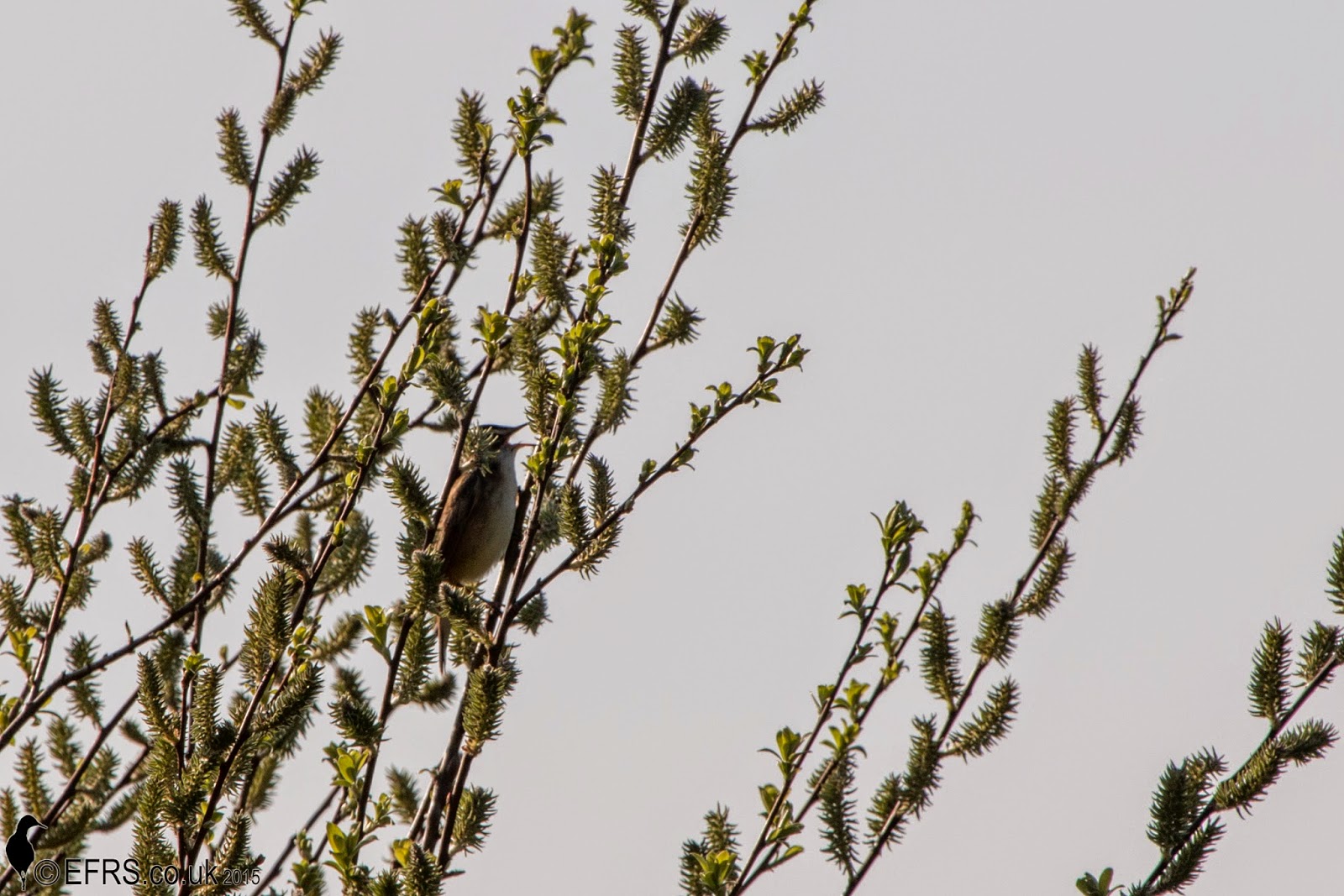 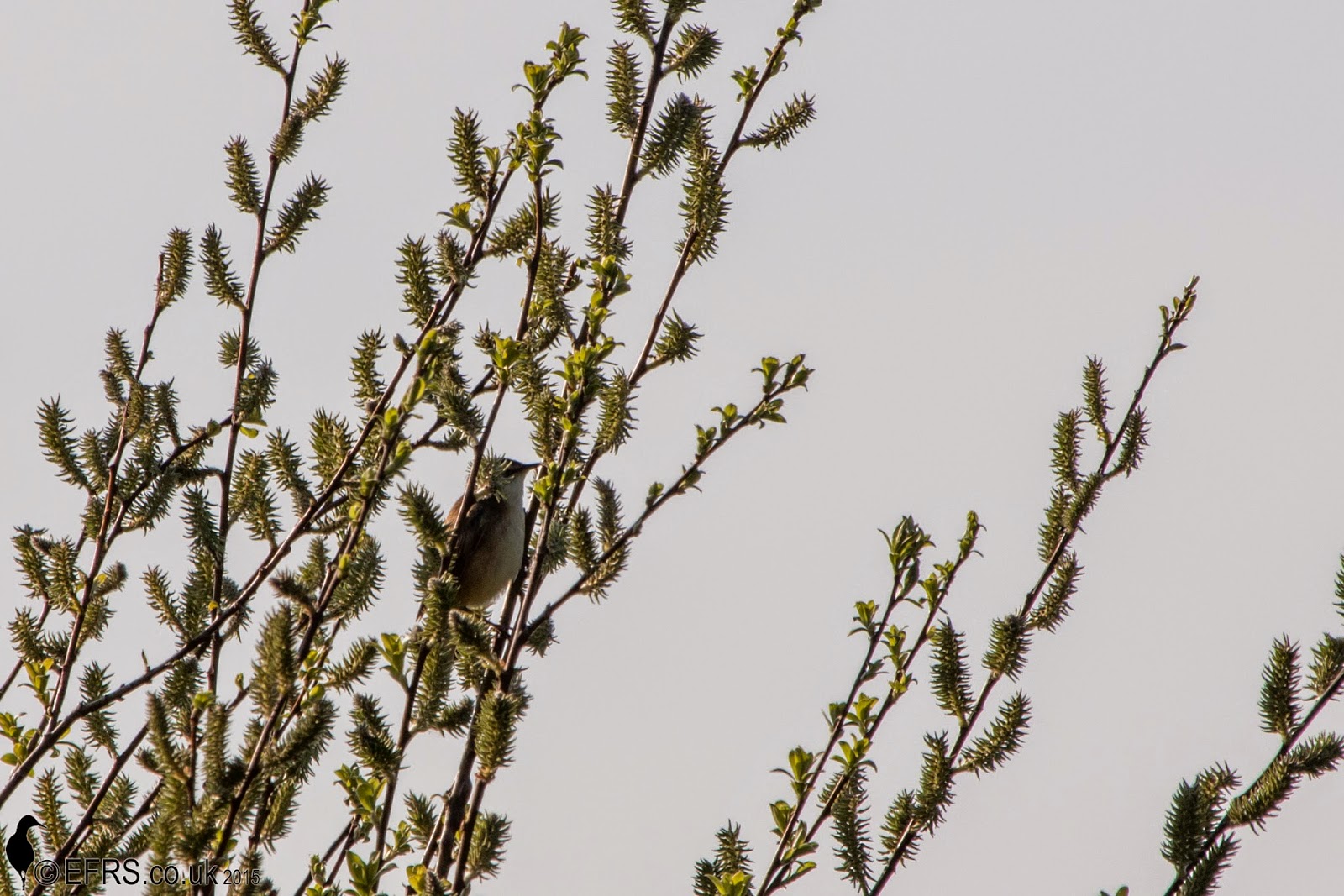 The waters have almost gone but the Greylags are nesting and spitting the young ones out like nobodies business! 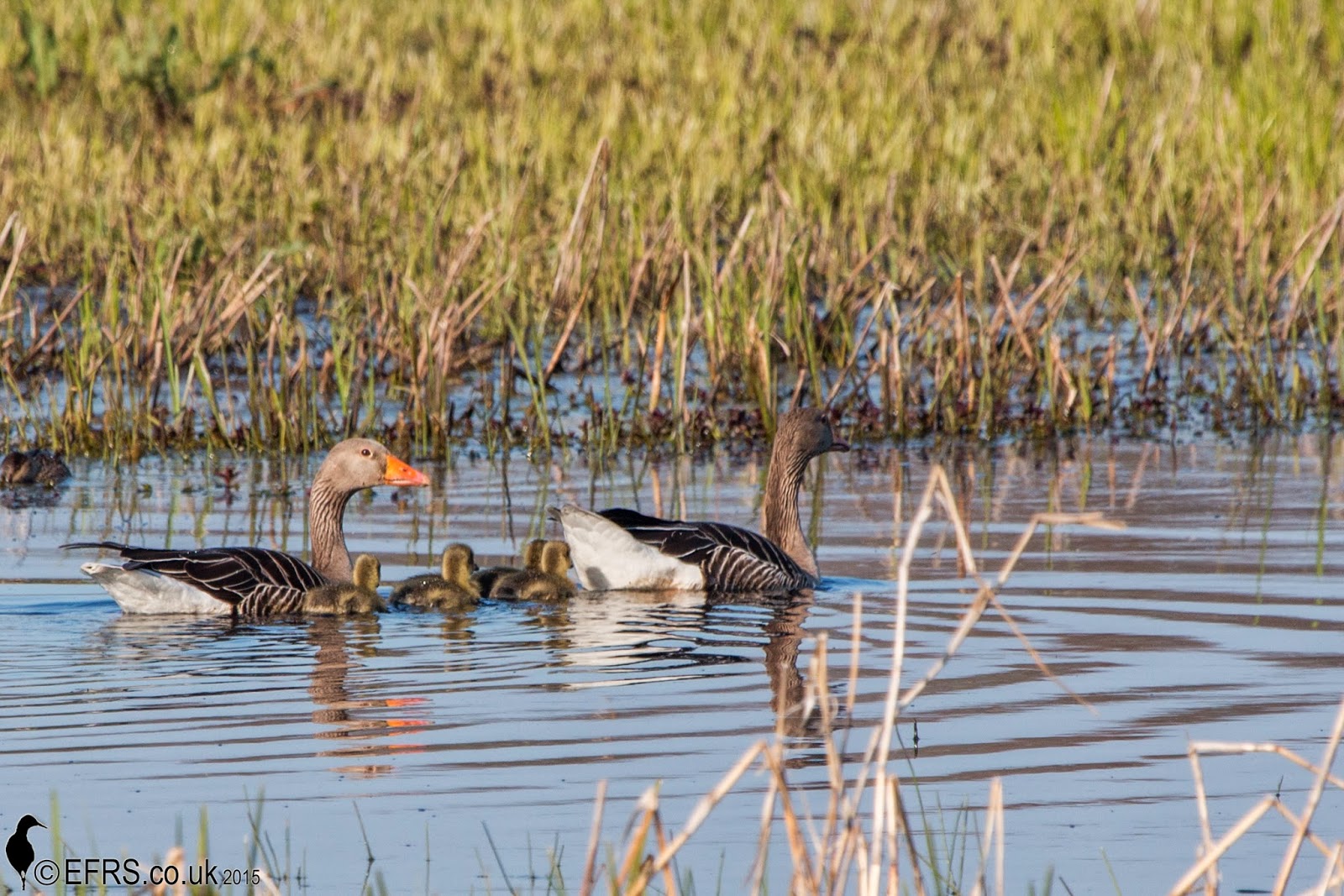 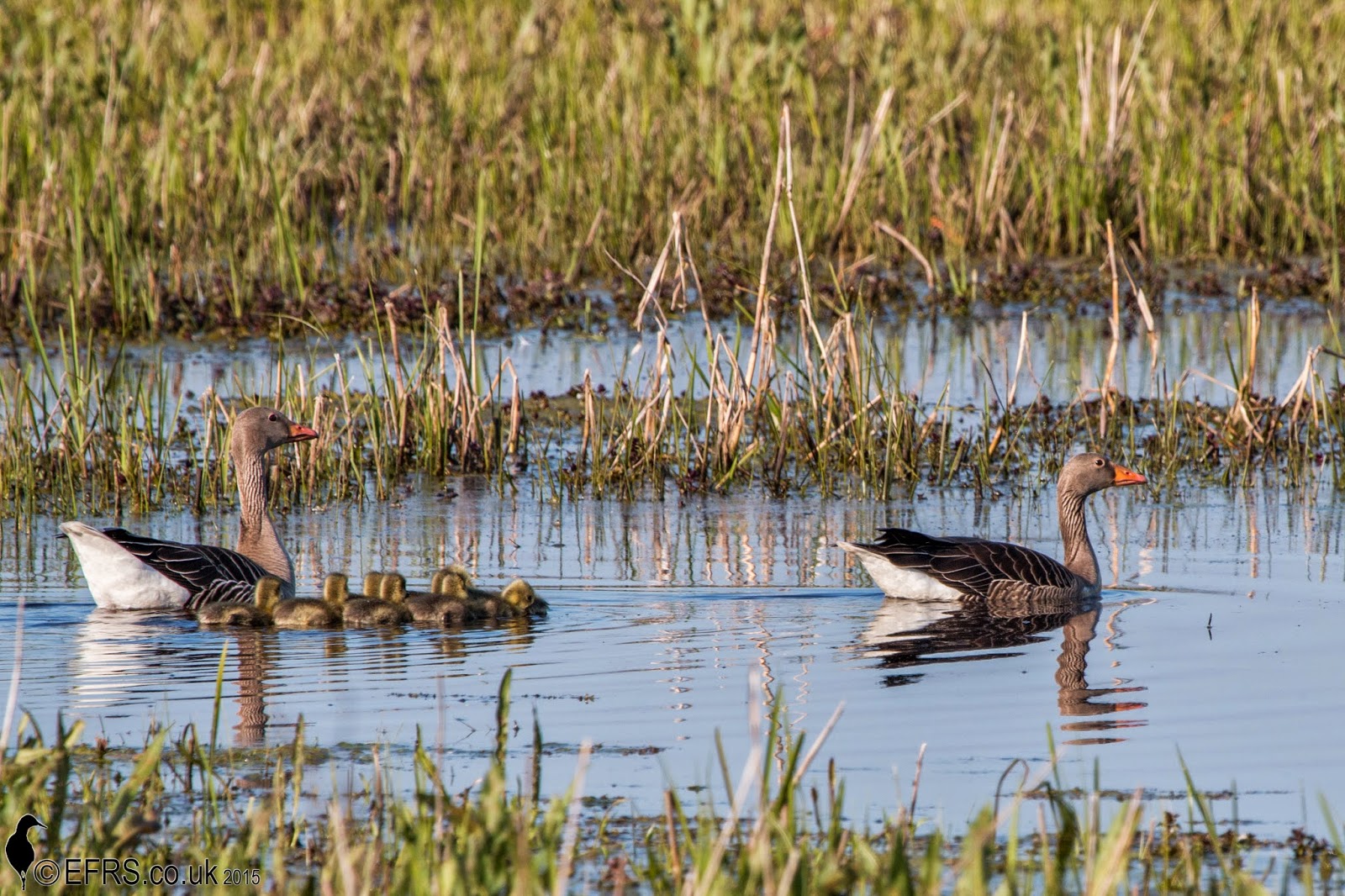 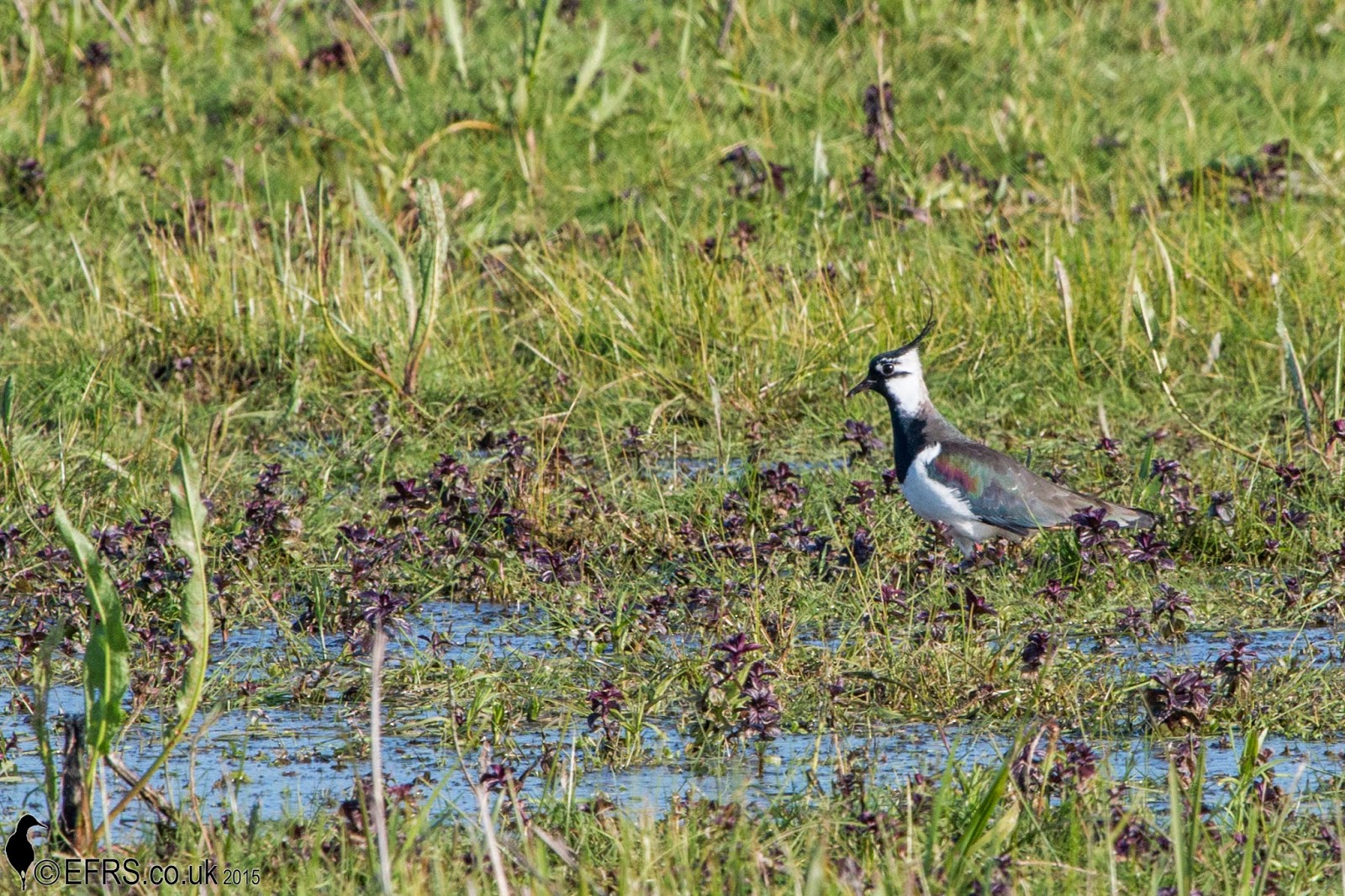 I was also dreaming of Cuckoos. There had been reports at Catcott but I was doubtful of seeing any. Then it happened. I wasn't mistaken. I could hear a Cuckoo calling clear and strong Catcott village way. I had a quick look in my lens in a vain hope. Nothing, I carried on looking at the oh so cute Greylags. It called again. It was like a Siren, I was drawn. I tried to resist, honestly I did, but the temptation was just too strong. Like a magnet it was pulling me, tempting me like a harlot in the night with her beguiling ways. I hopped in my car and drove to the road and parked again. Waiting with sweaty palms I stood. Nothing. Only this little chap caught my eye. I've never seen such a brightly coloured Tit before! 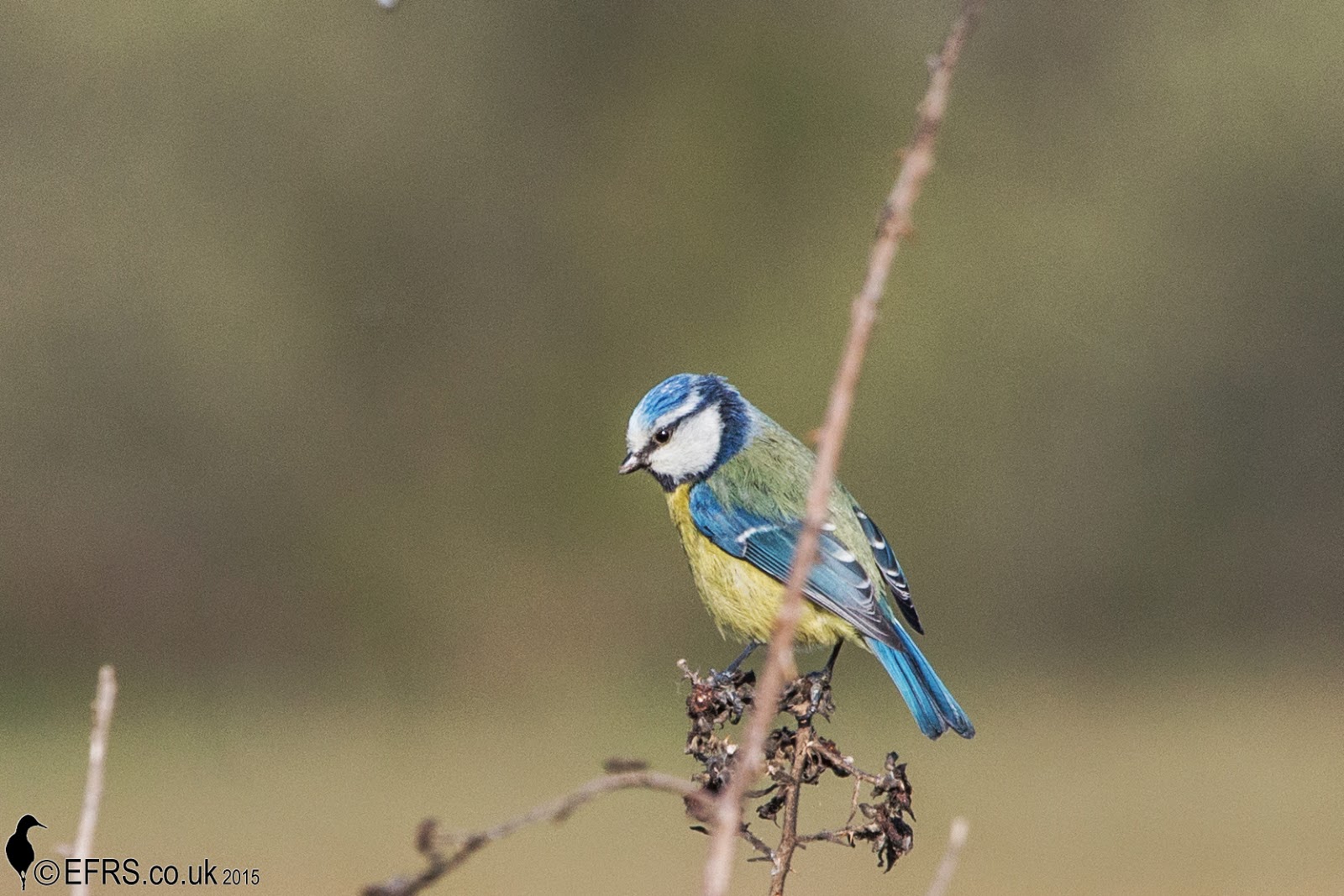 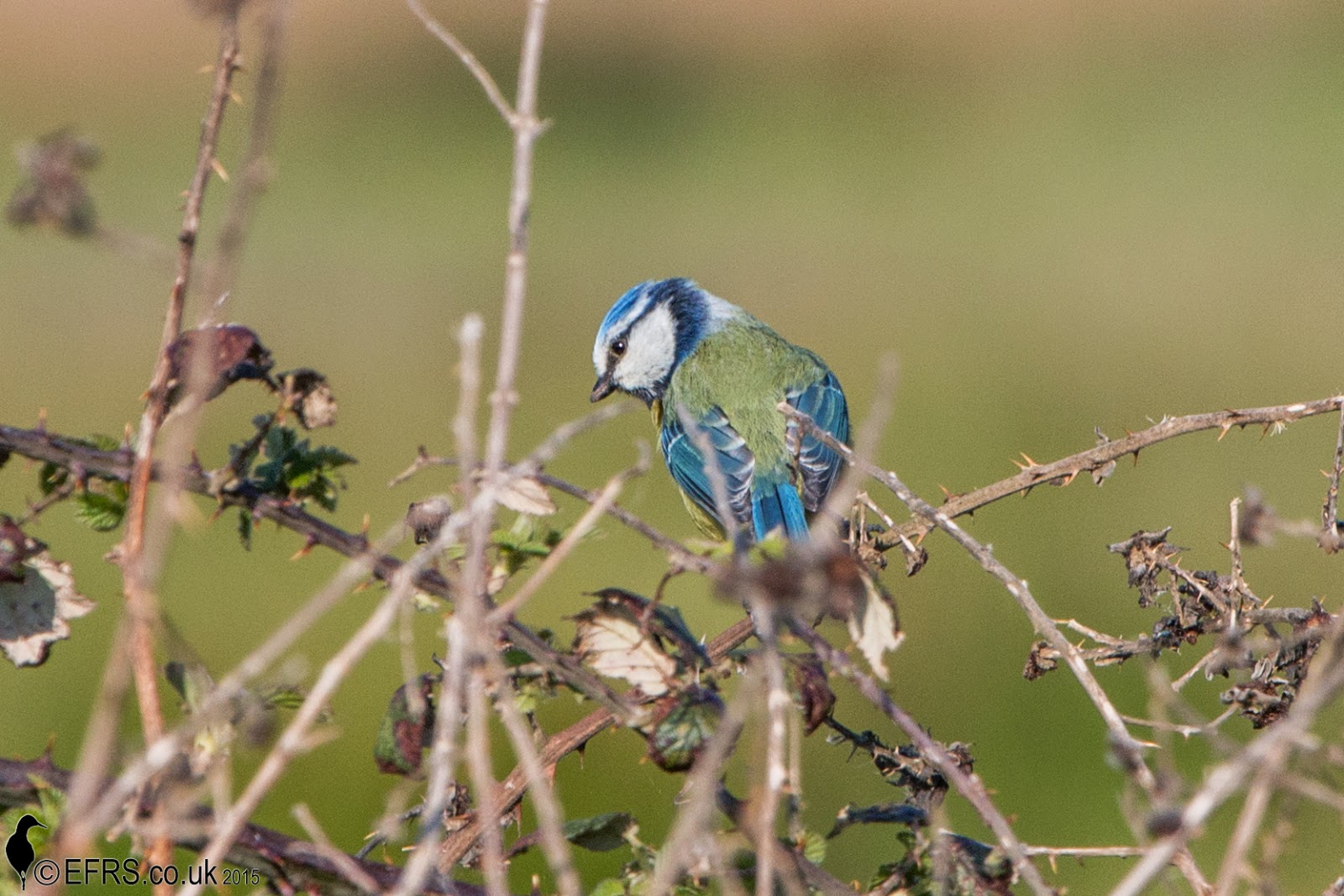 As if she knew I was being distracted she called again. Bemused and all a fluster I looked around. Where was my enigmatic temptress. Was she toying with me only to disappear with a heartless laugh and leave me unfulfilled or would she fulfill my every wildest dream and desire and expose herself in all her glory for me to admire. She was still another field away. Again I leapt into the car and sped off in a plume of dust. My ardour was risen and nothing was going to stop me now. I knew where she was and I was going to get her. Panting I leapt for the final time against a gate. There she was, unmistakably perched in the classic place, the top of a bare tree calling 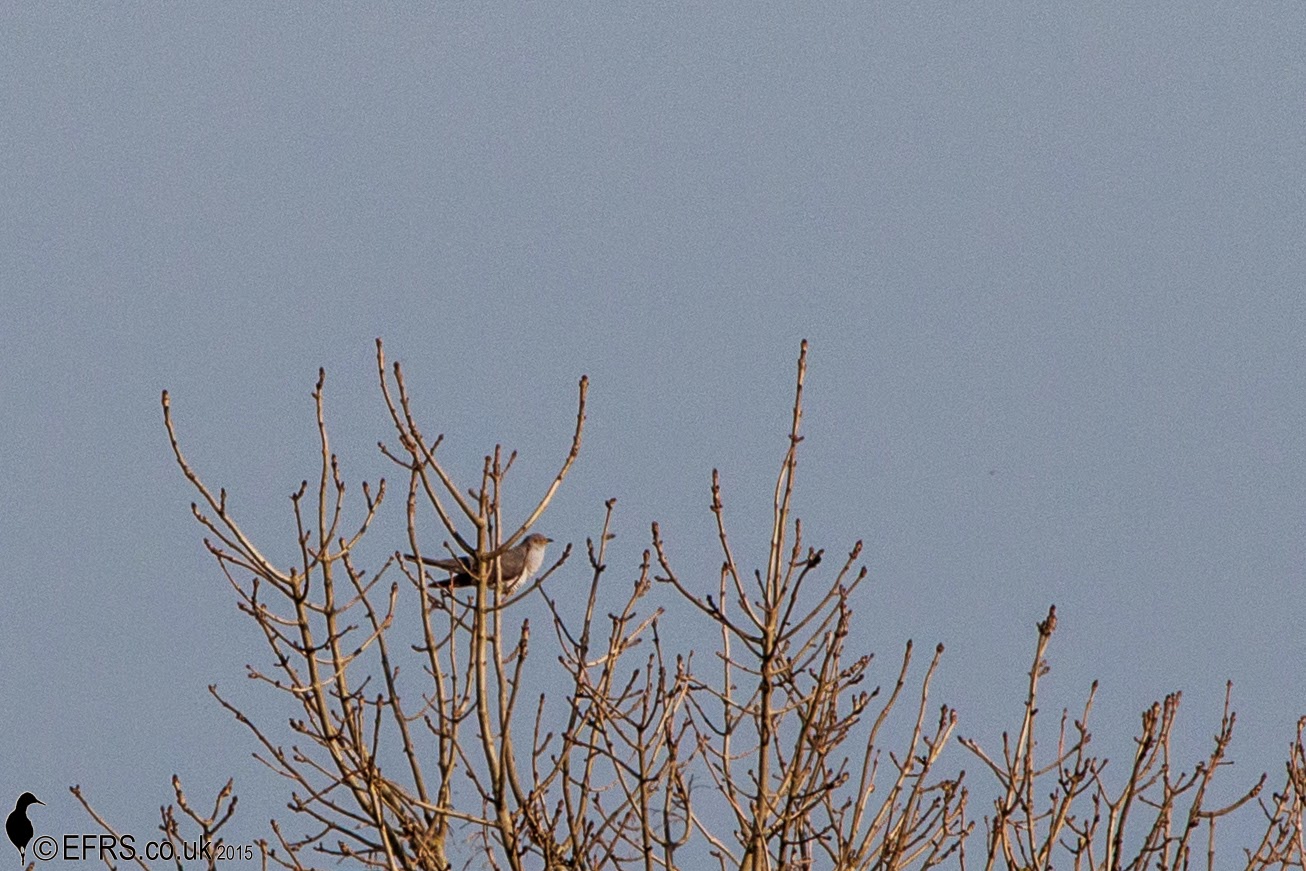 My first Cuckoo of the year 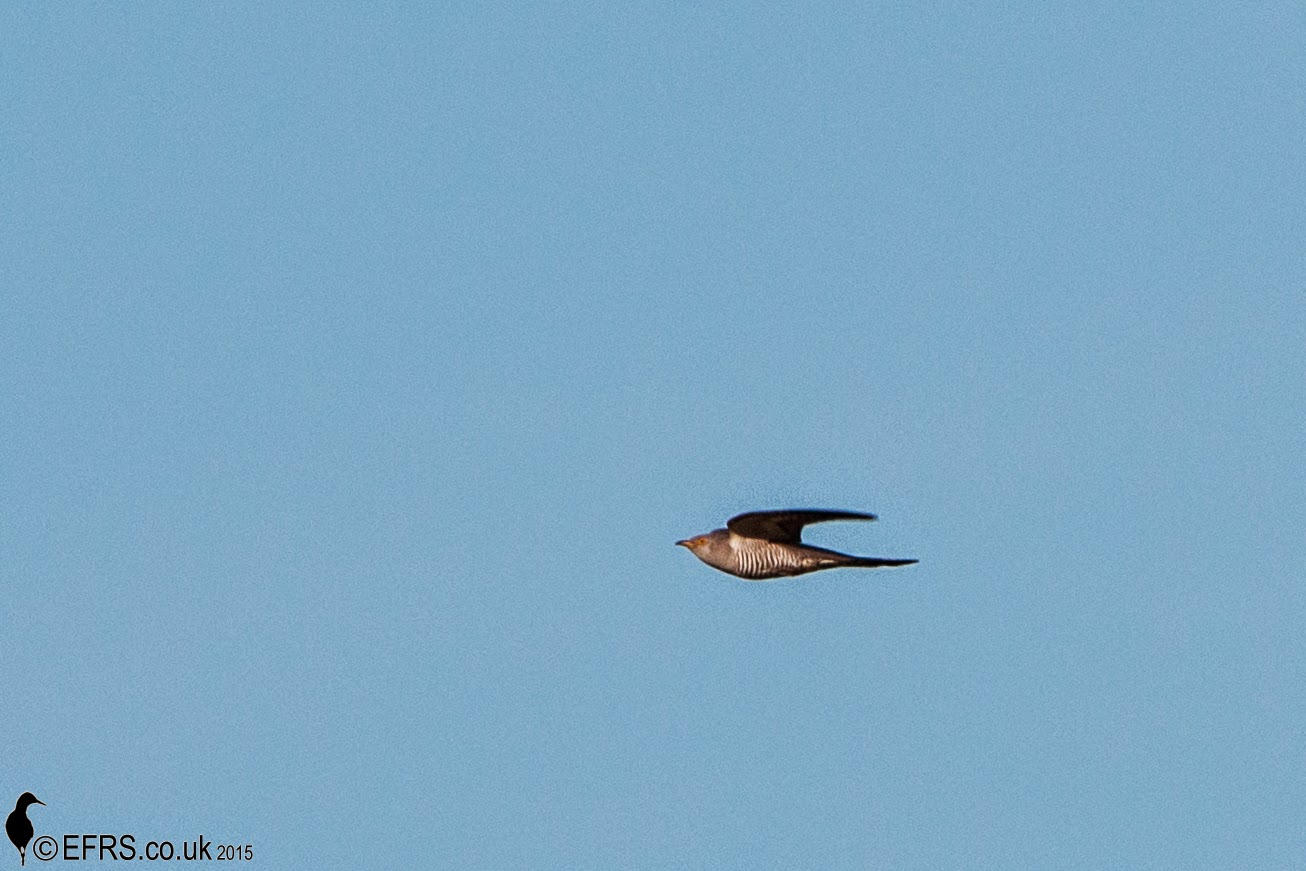 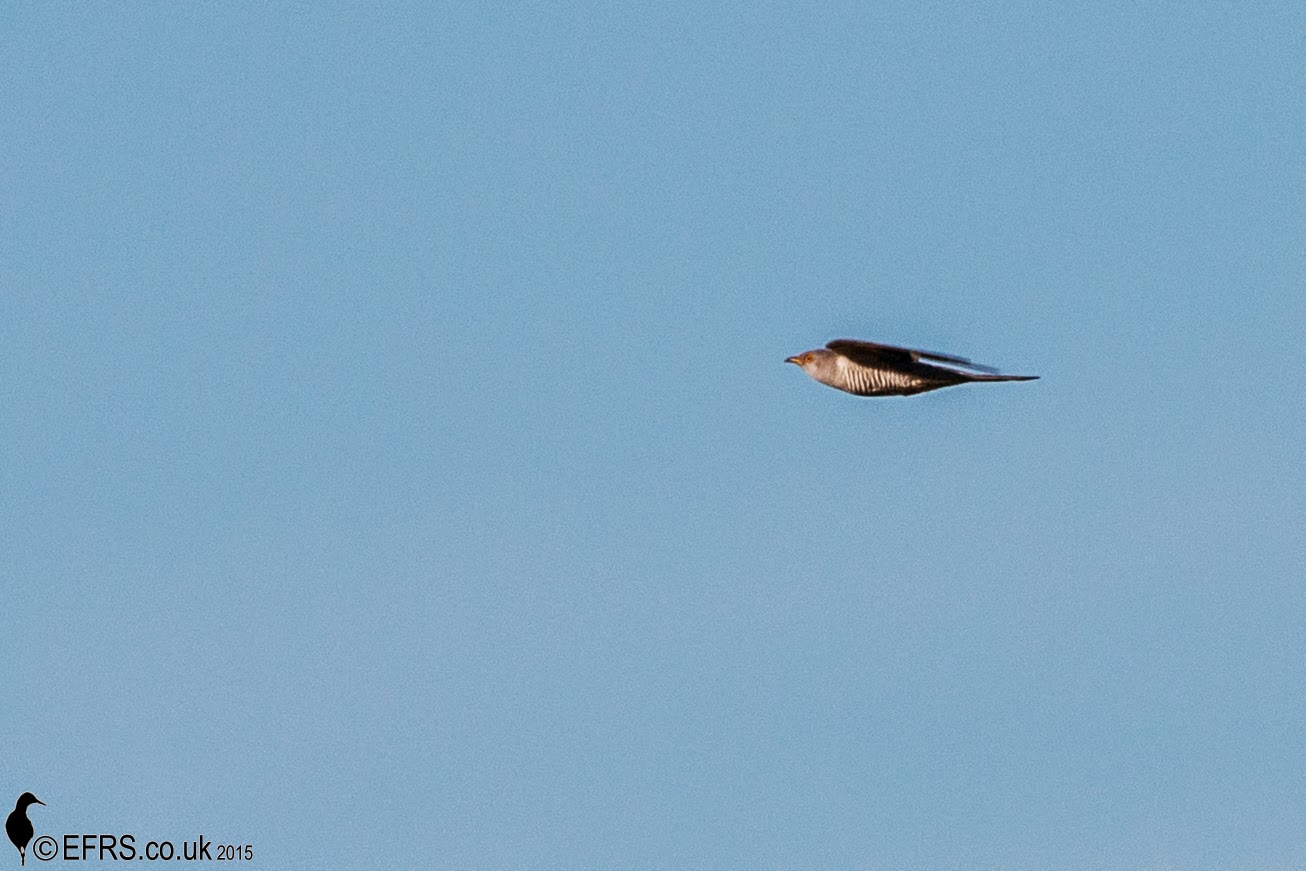 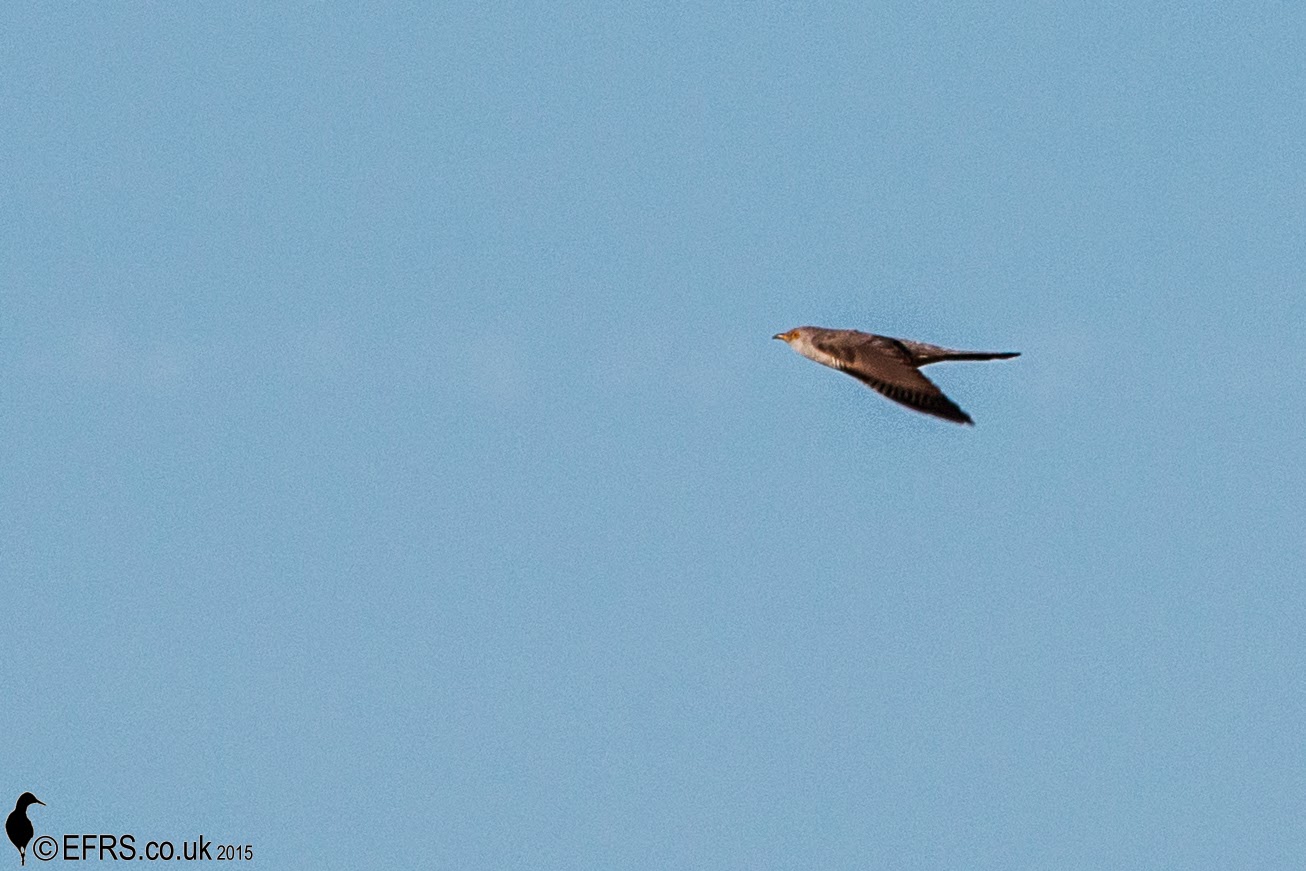 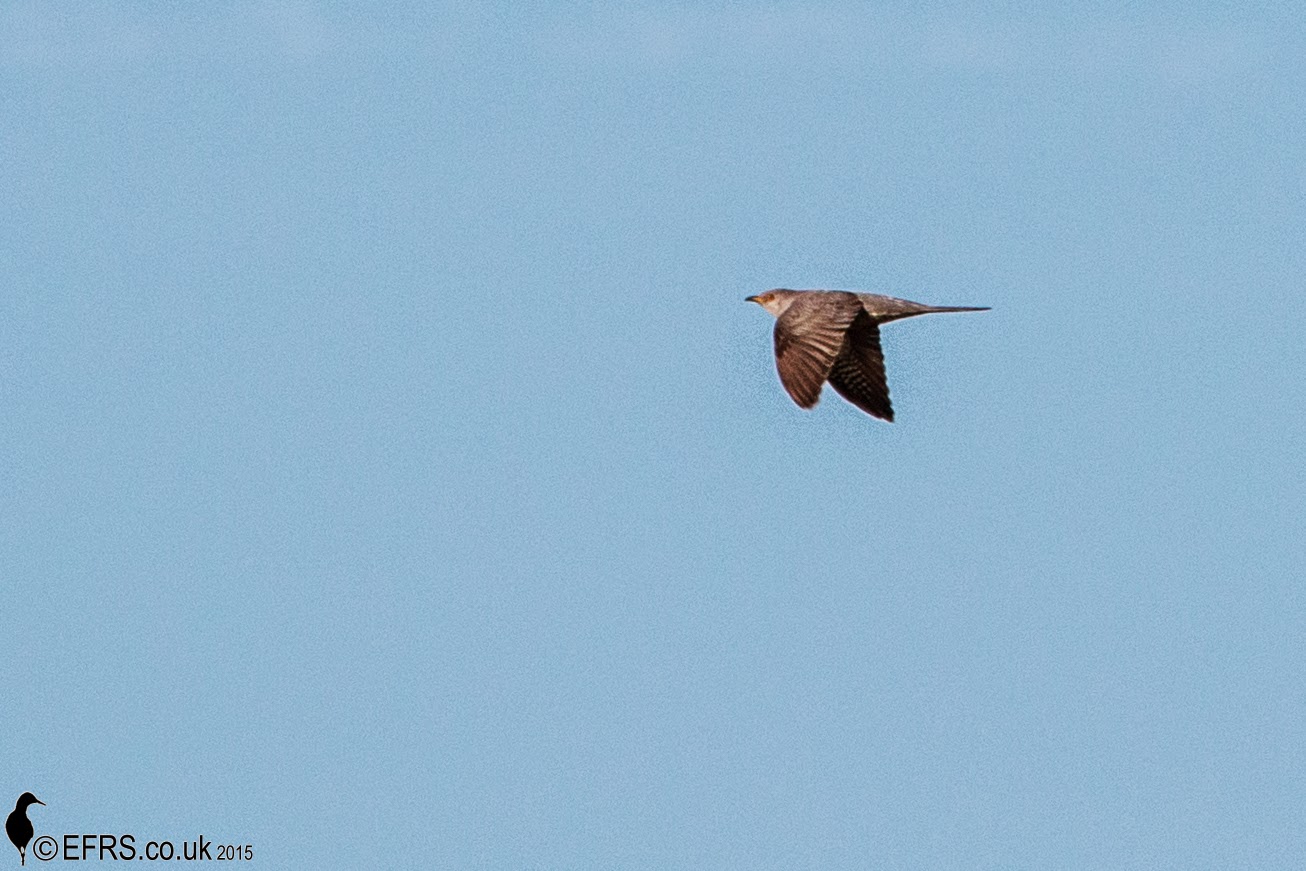 My time spent with her was exquisite. She let me admire her in all her beauty. The crescendo was her fly-by. She coyly ignored me as she flew by but I knew she knew I was there. You can see the little twinkle in her eye in one of the pics. She's just making sure I'm getting her best side.
And so our time together was passed. I was like a giddy school boy driving back full of the joys of summer.