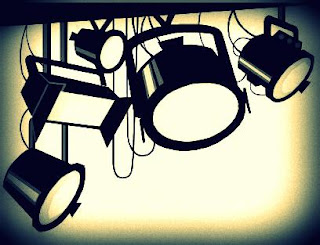 Its been too long!  After getting loads of time to go out and about I now haven’t been anywhere for ages.  It’s a bit like the rainy season followed by the drought!


Anyway I got a few hours to myself so I drove out to Tealham.  I didn’t hold out much hope.  The sky was a lead grey, there was a cool breeze and a few spots of rain in the air.  Still, I had to try!


A welcome sight greeted me on the moor.  A large yellow digger!  Now I’m not a digger enthusiast (although I'm sure there are plenty of websites for it).  But where there are diggers there are bound to be herons!


Sure enough a flock of them had already descended, hungry for the entrails of frogs, mice and whatever else might be living in the muddy banks! 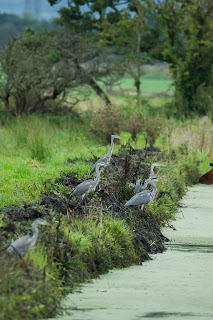 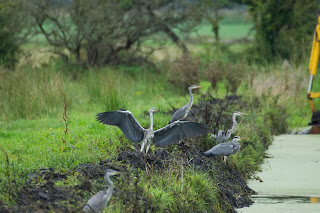 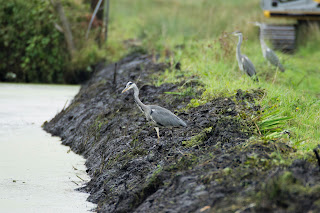 I suspect the digger driver wondered what on earth was going on.  Being followed slowly along the river bank by a man in a car with a large tube sticking out of it.  Luckily Peugeot 107’s aren’t very threatening…


Once I had my fill of herons I moved on.  A Buzzard showed up for a bit but didn’t really like being photographed.  He had a poo and was off. 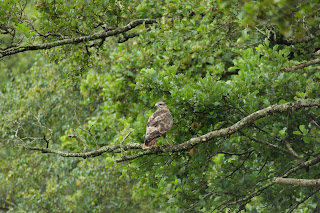 Fortunately his smaller cousins were very much in attendance.  A total of 3 Kestrels were hovering and perching.  A young Kestrel was sat right in front of me on a gatepost, facing out, looking superb.  Sadly there was a lot of traffic behind me (why!? – its in the middle of know where!) so I didn’t get the shot.


I did manage these ones.  Sadly the light was a bit of a let down. 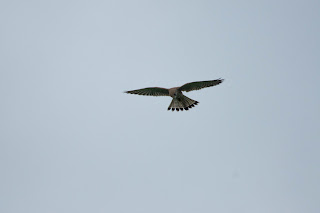 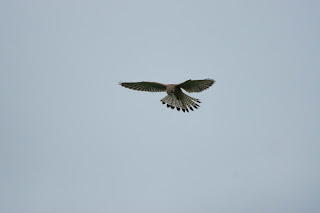 I was rather enjoying myself and got a bit casual.  This was my downfall.  A small brown bird of prey streaked in front of the car and across the field, following one of the ditches.  It was either a Sparrowhawk, or maybe… a juvenile, female Merlin.  I really couldn’t tell…


I was really slow off the mark and didn’t even manage a bad picture.


I normally drive up the road and back down again just the once when at Tealham but today I thought I would do it a few times and it did pay off.


A spent a good few minutes looking at these fellows.


And this one flew close and quite slow.  Finally a reasonable Swallow picture.  Shame it was so dark! 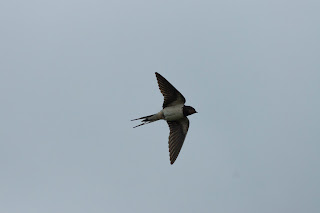 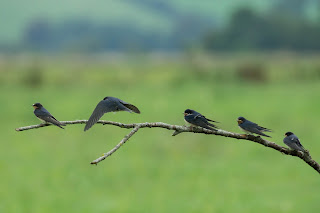 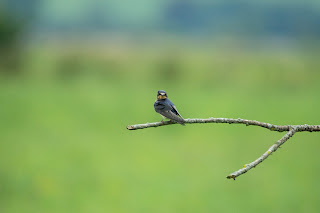 The morning was nearly at an end.  My father in law was coming round to help me build the “man cave”.  More on this in the coming weeks know doubt…


Just as I was about to leave the moor.  A flock of small birds was being hunted by a very eager Sparrowhawk.  Again a bit distant for a picture but interesting all the same.


Driving home it became apparent that I had the camera, the action but not the lights! 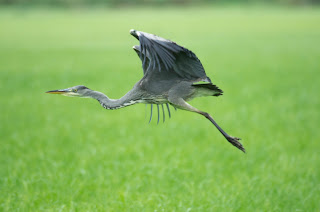