A ring side seat 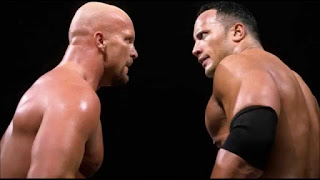 It was a battle royale... Clash of the titans if you will.  Arne VS Steart.

I had the whole day and was keen to try something a bit different.  I was tempted by Arne.  Ive only been once but really liked it.  Then there was Steart...

Lee and Robin went for Arne and Andrew voted for Steart because of the owls.  Those blinkin owls... They get me every time.  Steart it was.

Firstly I did a bit of Kestrel bothering.  There were at least 3 hovering about the place.  Sadly, even with my classic EFRS transport under me I failed to get near enough.

Looking out from Polden hide, things were a bit grim and dark... Perhaps I should have gone to Arne with its friendly Sika deer and bird feeders...

A text from Andrew put me right.  He had spoken to Joe Cockram, who said that
"You have to work for your birds here".  Wise words indeed.

I decided to pedal about a bit more.  On my way to Mendip hide I noticed a quick photo opportunity. 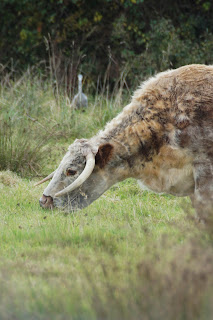 I quite like this one (so does my wife so it must be nice)
Not that she is a cow
The heron and the cow raised my spirits slightly.  Often when you see one thing you see another and sure enough these Roe deer wandered out into the field. 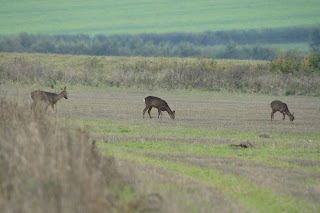 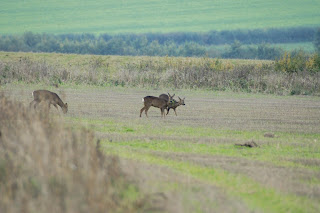 Had this been at Arne these photos would be of Sika deer from about 1 foot away.
Somehow these "wild" deer are just more interesting
I pressed on and for some unknown reason I had the bright idea of cycling to the break water thing at the end of the River Parrett.  Bloody hell! It was windy and I got knackered pretty quickly.  Upon arrival I broke out my sandwiches and looked out across the marsh.
High above a Peregrine was soaring, spiraling higher and higher until it was lost from view.  I was also heartened by seeing 5 Skylarks all together.

I could just about see the old and slightly battered Tower Hide... Time to have a look.  The pedal over there was a journey and a half, thanks to the gale force winds. 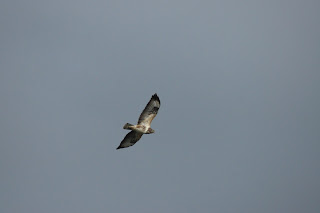 I nearly fell off my bike when I saw this.
My exhaustion had caused me to hallucinate.
I thought it was a Marsh harrier.
The track up to the tower hide is sparse and empty.  It feels like you are at the end of the earth.  Plus the creamy, blue house at the end, with the shutters gives me the creeps (sorry to the owner).  SAdly I had made a novice error and not considered the tide, which was out by bout 2 miles... Still Burnham-On-Sea looked nice from here (just don't go any closer)
I had a quick explore about the place 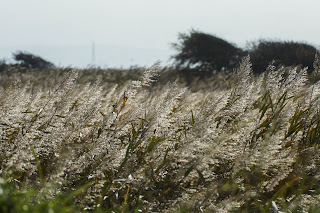 The sun was coming out (sort of) 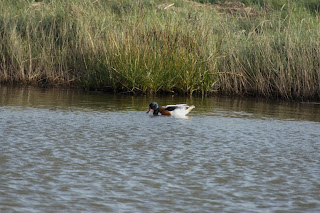 This Shelduck strayed a bit closer
I was very fidgety today and didnt really know what to do with myself.  So I pedalled back to the reserve and spent soem time back at the Polden hide.  Here I was blown away by the wind and chatted to a nice fellow with a dog (sorry I dint get your name!)
Then something small and fast swept by... 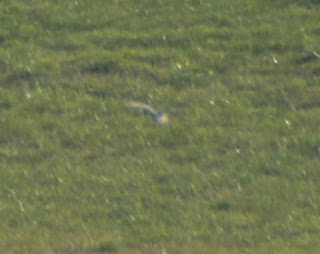 It appears to be a flying potato 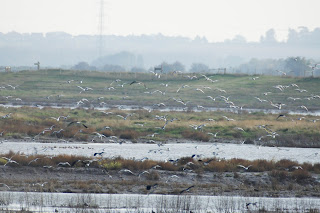 There was plenty out there.  It was just a long way off 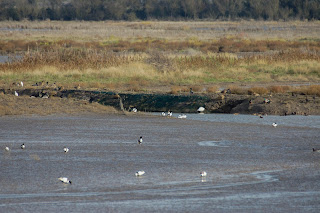 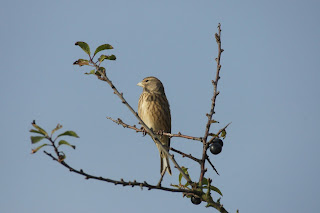 A Linnet in the sun 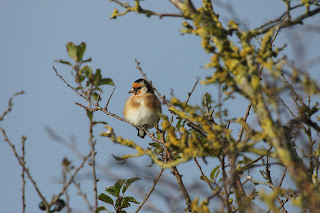 The best picture of a Goldfinch I have managed 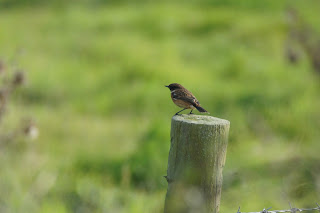 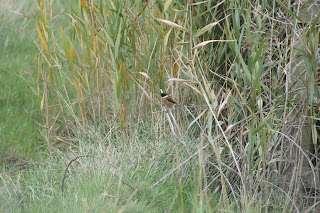 As the sun started to come out the birds seems to wake up a bit.  I was lucky to see two Kingfishers.  One of which was preched on a small wooden bridge.  Sadly I saw it to late...

But then I saw these to fellows spoiling for a fight. 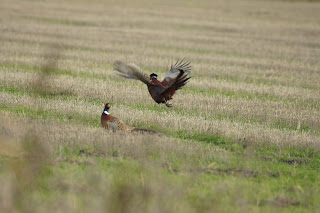 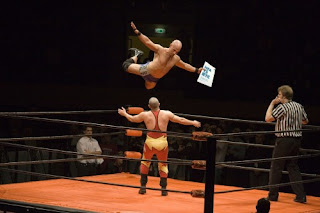 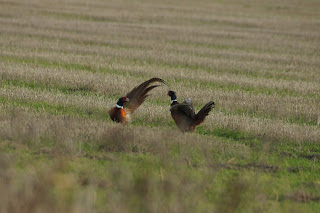 The fight ended in a draw with both parties shouting abuse at each other and walking off
I pulled up by the River Parrett and waited and waited... It was so windy.  Not ideal for Owls I wouldnt imagine.  Still the landscape was pretty stunning in a bleak, wild sort of way.  As I packed up I noticed a small dark raptor shooting straight at me.  In front of him was a small bird, Linnet maybe.
The predator was gaining quickly on its prey.  But the Linnet wasn't done, it flew higher to avoid capture.  The Merlin carried on at a lower angle before sweeping upwards.  It missed.  The two flew in a wide arch across the Parrett before being lost to view.  Absolutely brilliant and even more dramatic in the fading light.  I was honoured to have a ring side seat to one of natures great spectacles.

I peddaled back with excitemnt in my veins.  No photos of it and no SEOS but I was happy although the same. 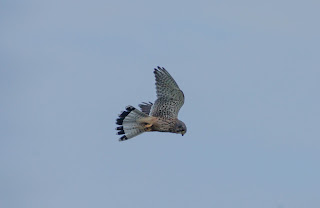 Just before getting in the car. (not the Kestrel)
So Steart or Arne?  Who knows?  Like all great fights there is sure to be a rematch to decide who is the champion.