So I was feeling a little lazy. I had had a long weekend off with quite a bit of entertaining. I needed some fresh air and sun. Off I trots to the usual location. Sort of not quit on duty. There were tales of a Black Winged Stilt on the Scrape. Ok Ill take a few shots and then just chill in the breeze. Entering Shapwick Car Park I called to Mike, who was having a cuppa as usual in his van, "Is the Stilt still there?", "No" was the reply. "No!"
I cycled on regardless. It was one less thing to be bothered to see. At this point I had only taken one shot and that was to show someone else the zoom on my Canon. It was a buzzard. Woo hoo!

Then all hell broke loose. I sauntered back down to VP1 at Ham Wall where Mike was. There were a pair of Common Terns trying to make a nest on a raft opposite. Unfortunately the locals hadn't realised that they had new neighbours and kept popping on to the raft. Mallards being the worst but at one point there where Herons, Lesser Black Backed Gulls and Cormorants at one stage or another invading their personal space. There is a purpose built raft about 20 feet away that they could have had all to themselves. Must be like cats then, 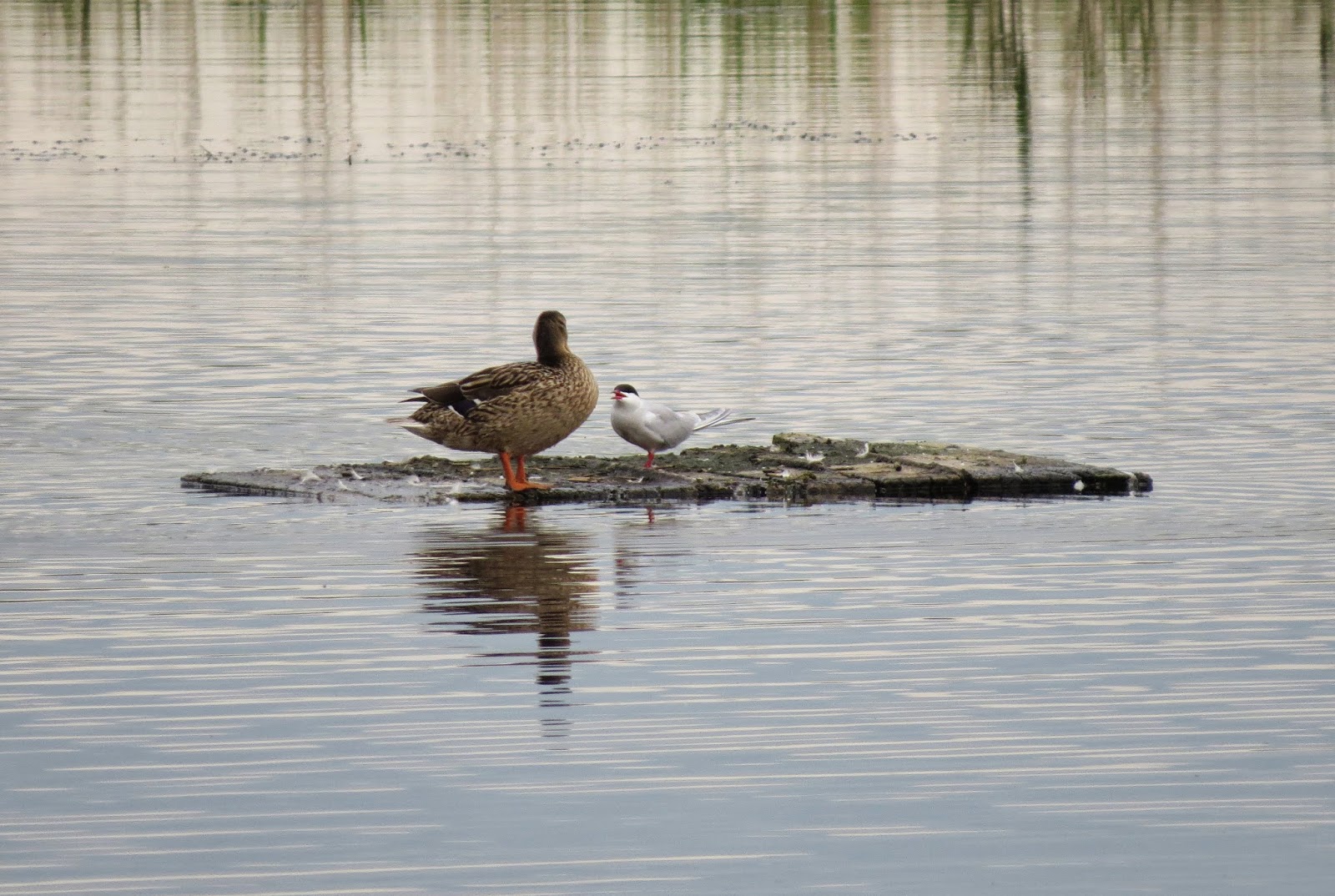 Oy! (Common Tern and an even more common Female Mallard)

It was then Bittern central. Must have been about 20 in total flitting back and forth. Had a wonderful display of three performing in the air grappling with their feet. Here's a couple of pics I managed to get close up. 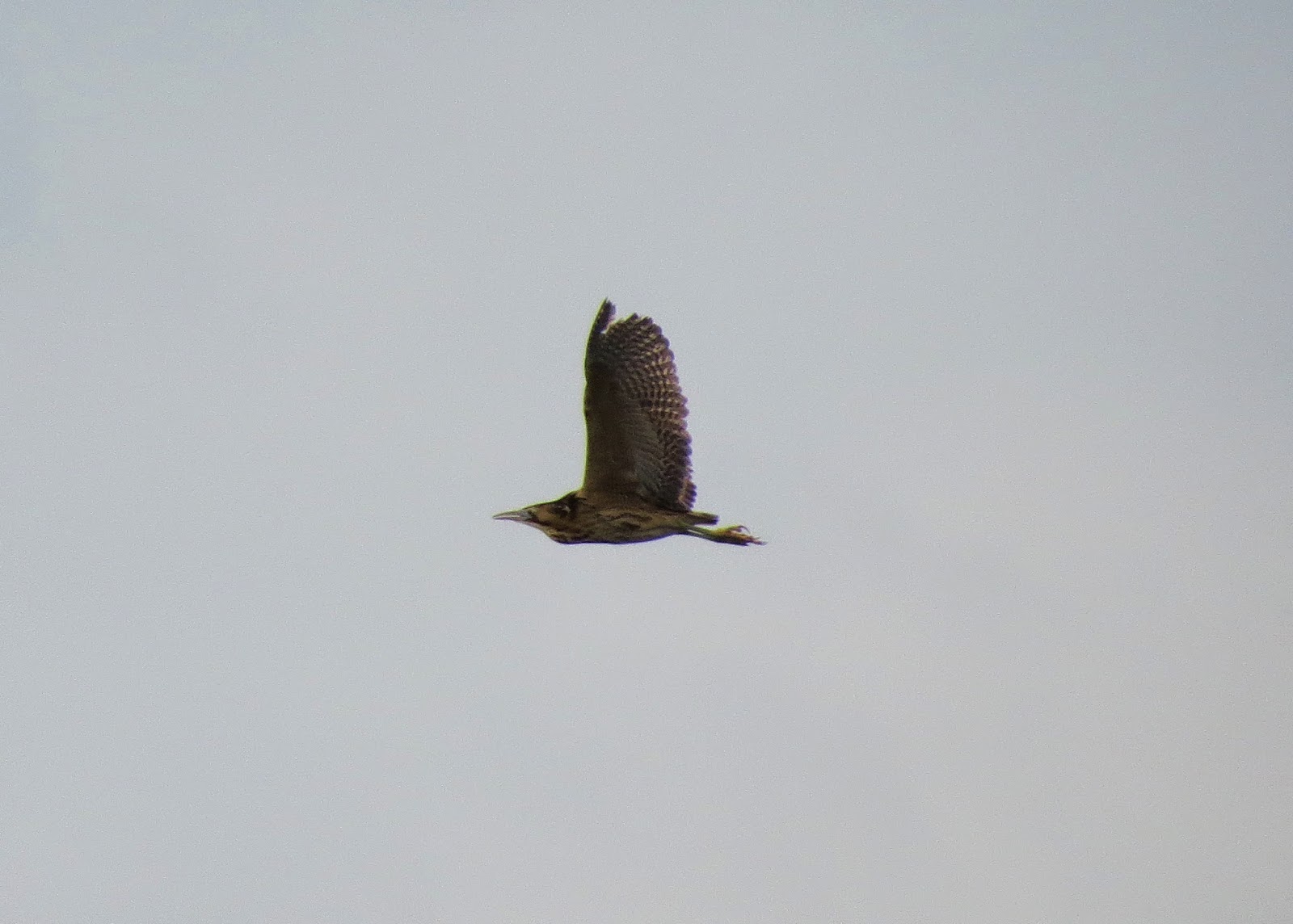 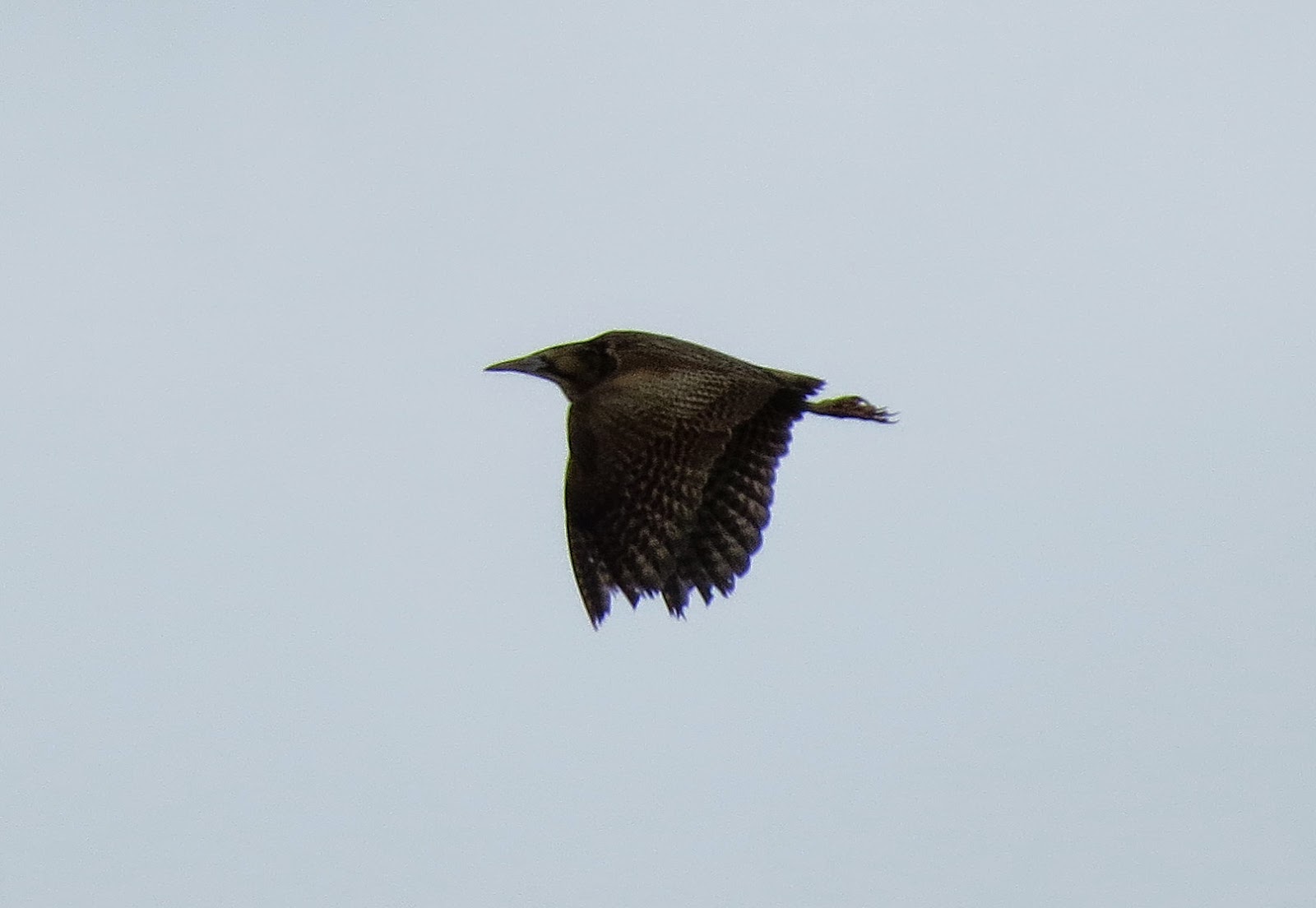 Next was a Great White Egret. Not too unusual for Ham Wall except I hadn't seen one for a few weeks now. There where probably about 6 in total. This one wandered amongst the reeds in an exquisite way..... 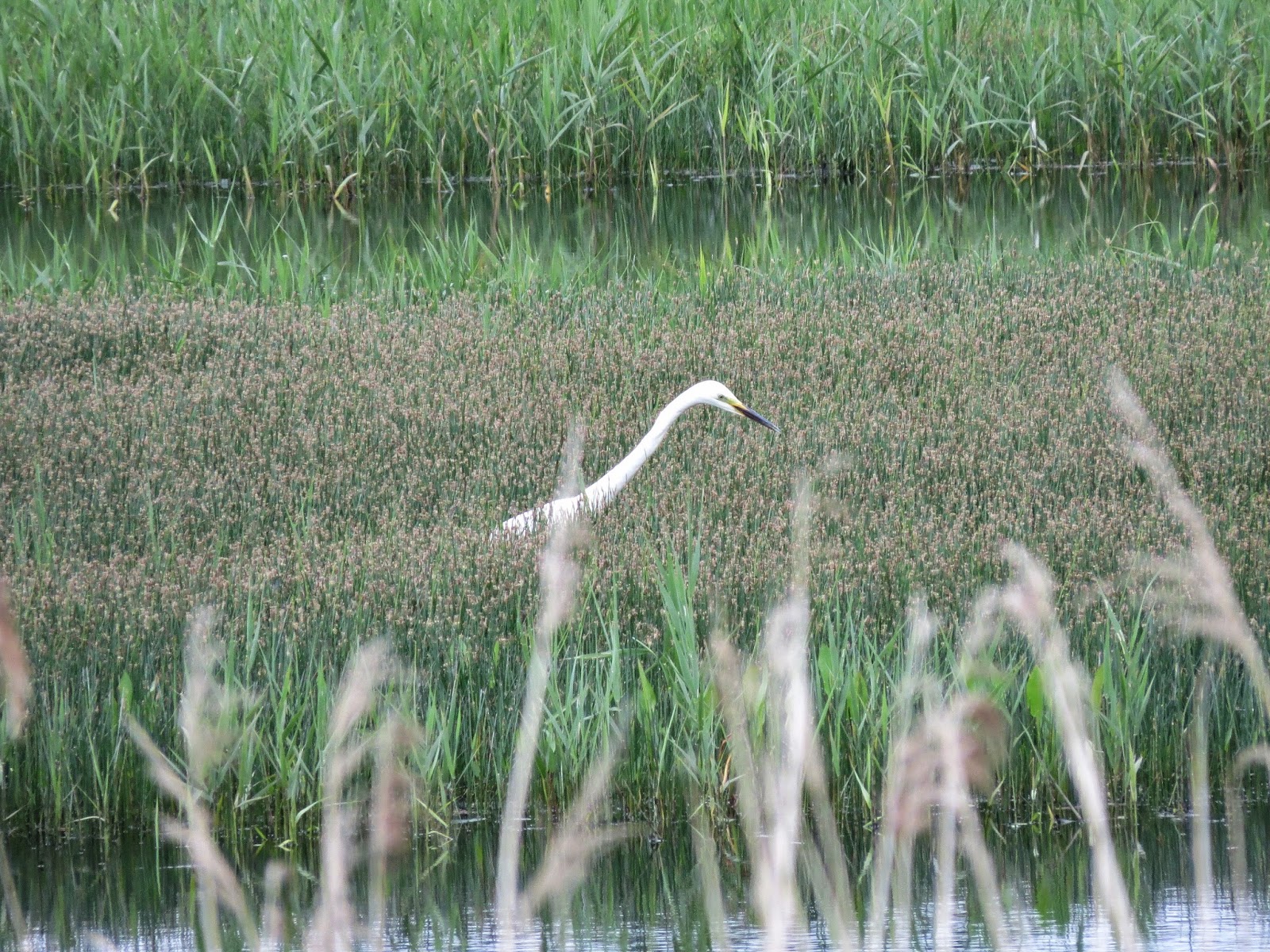 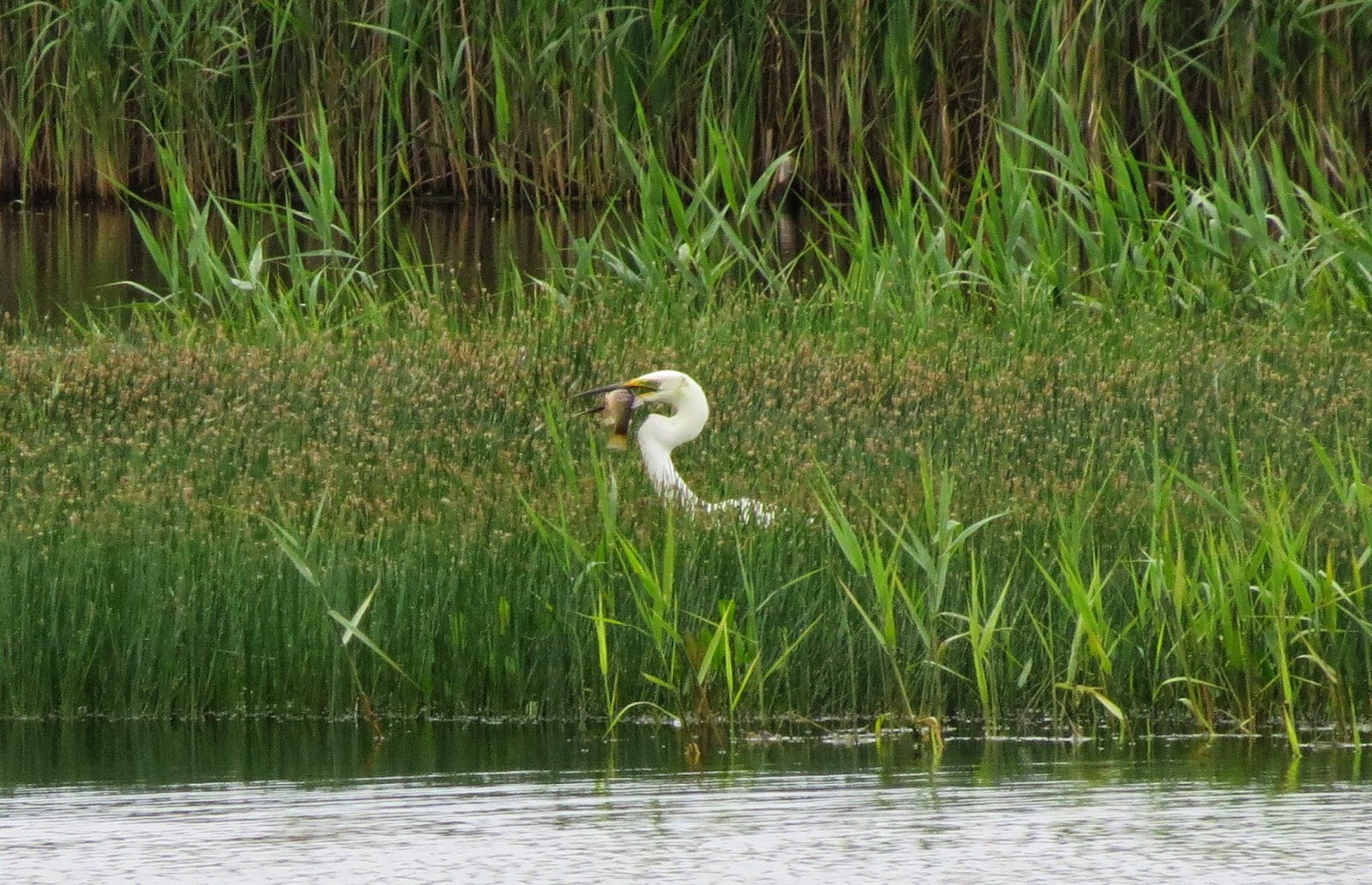 Who then proceeded to try and shove this down his gob!
(He failed)

The Terns then went for a turn in the sky.

This has an unexpected appeal in an Impressionist sort of way. 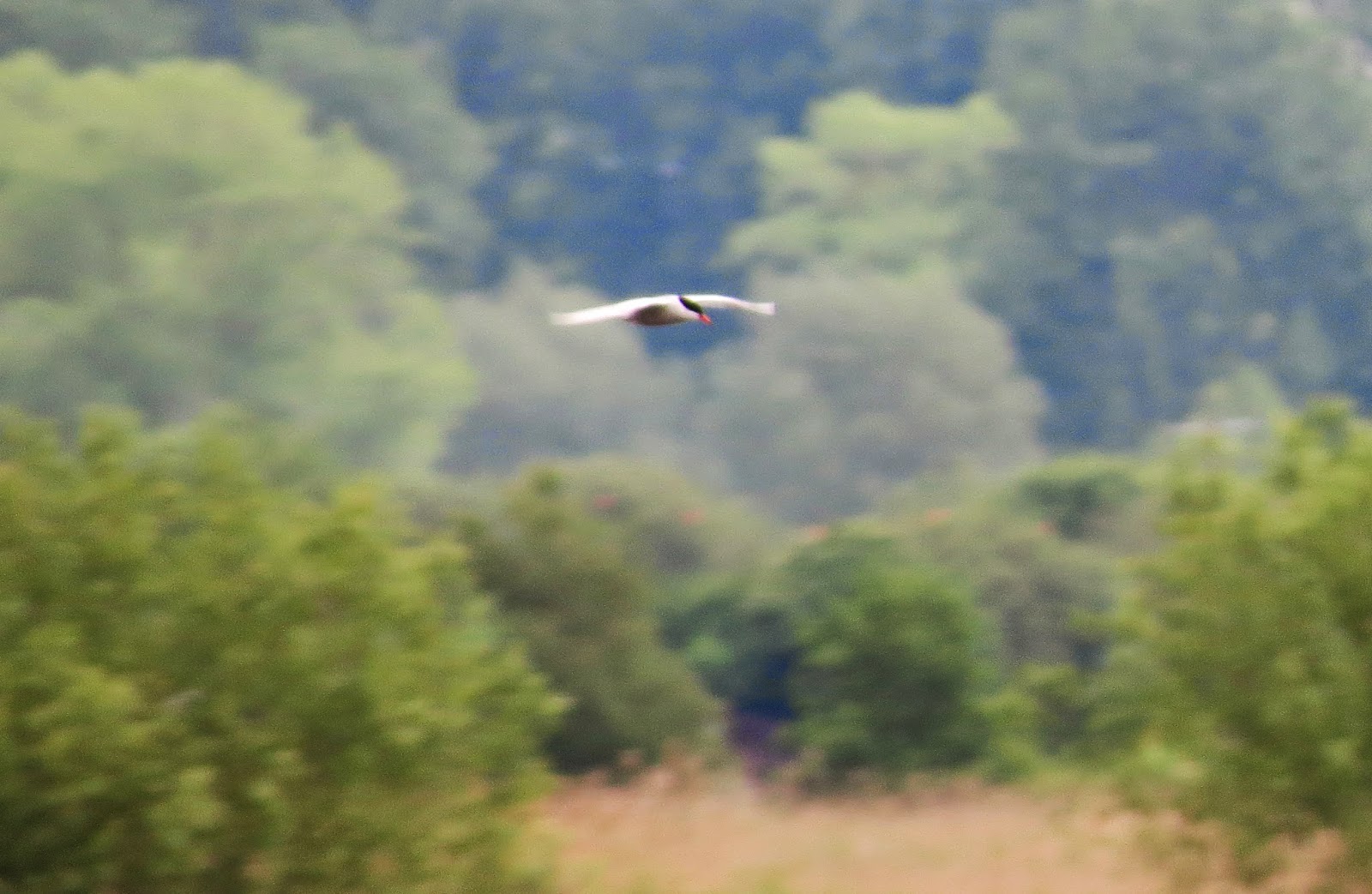 Now if this had been in frame and in focus and and and.... 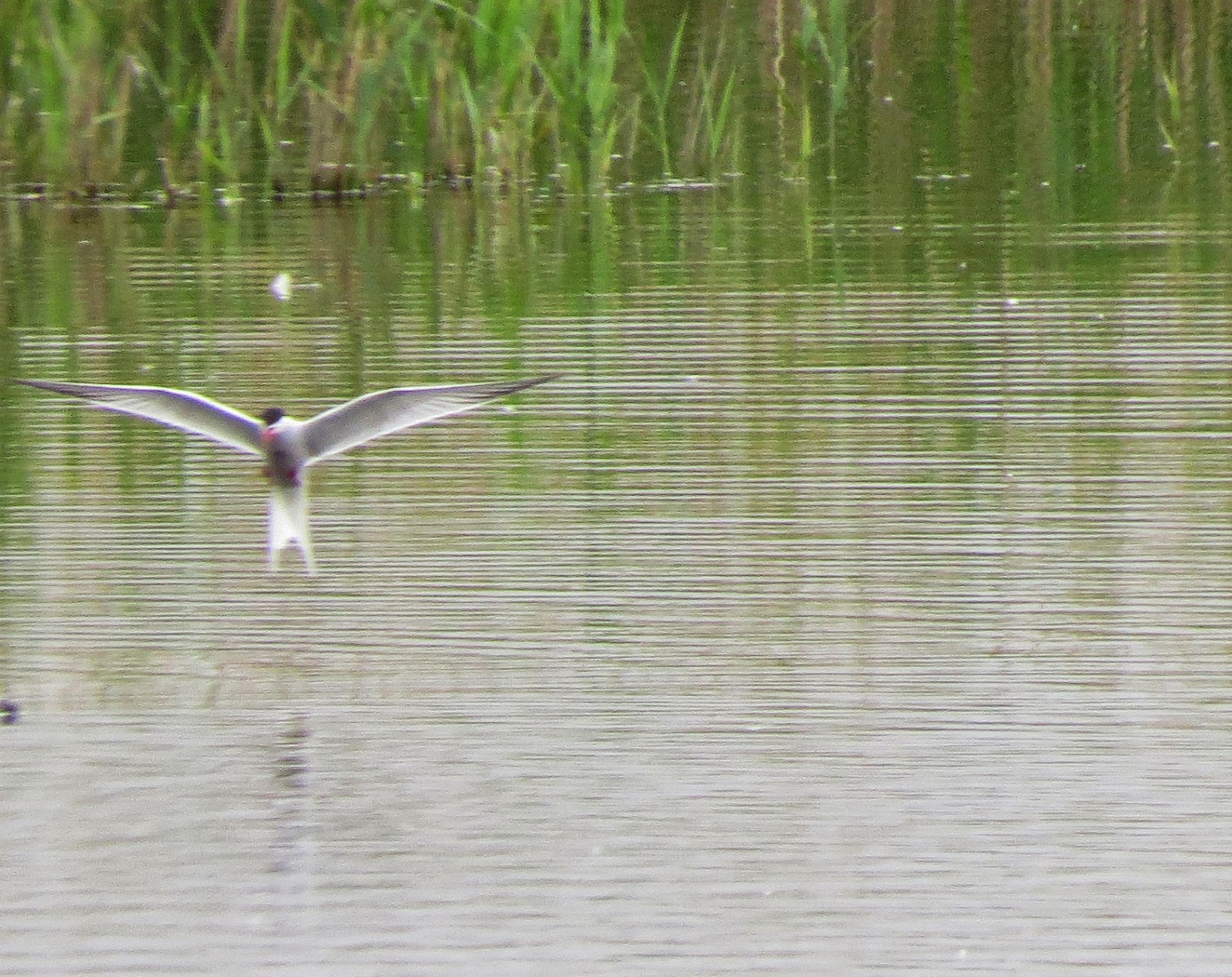 Common Tern
(Could have probably been the best photograph ever taken)

How could things possibly get any more frustrating. I'm off duty after all. No pressure. However Mike told me there was also a Barn Owl off at the far end near the Wood at the back of VP1. Yes there was. So with poor light I proceeded to try and photograph a white bird half a mile away. Enjoy...... 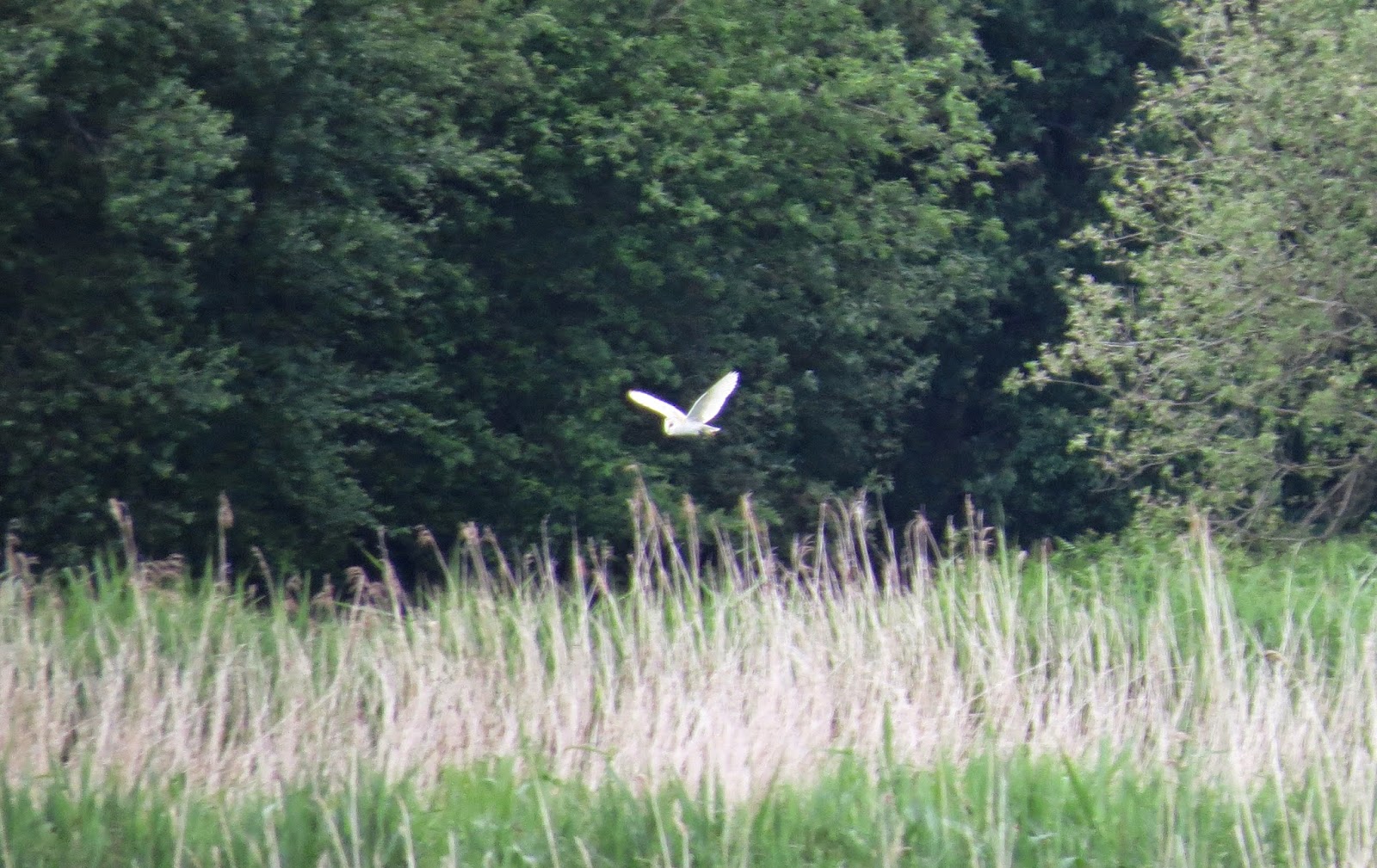 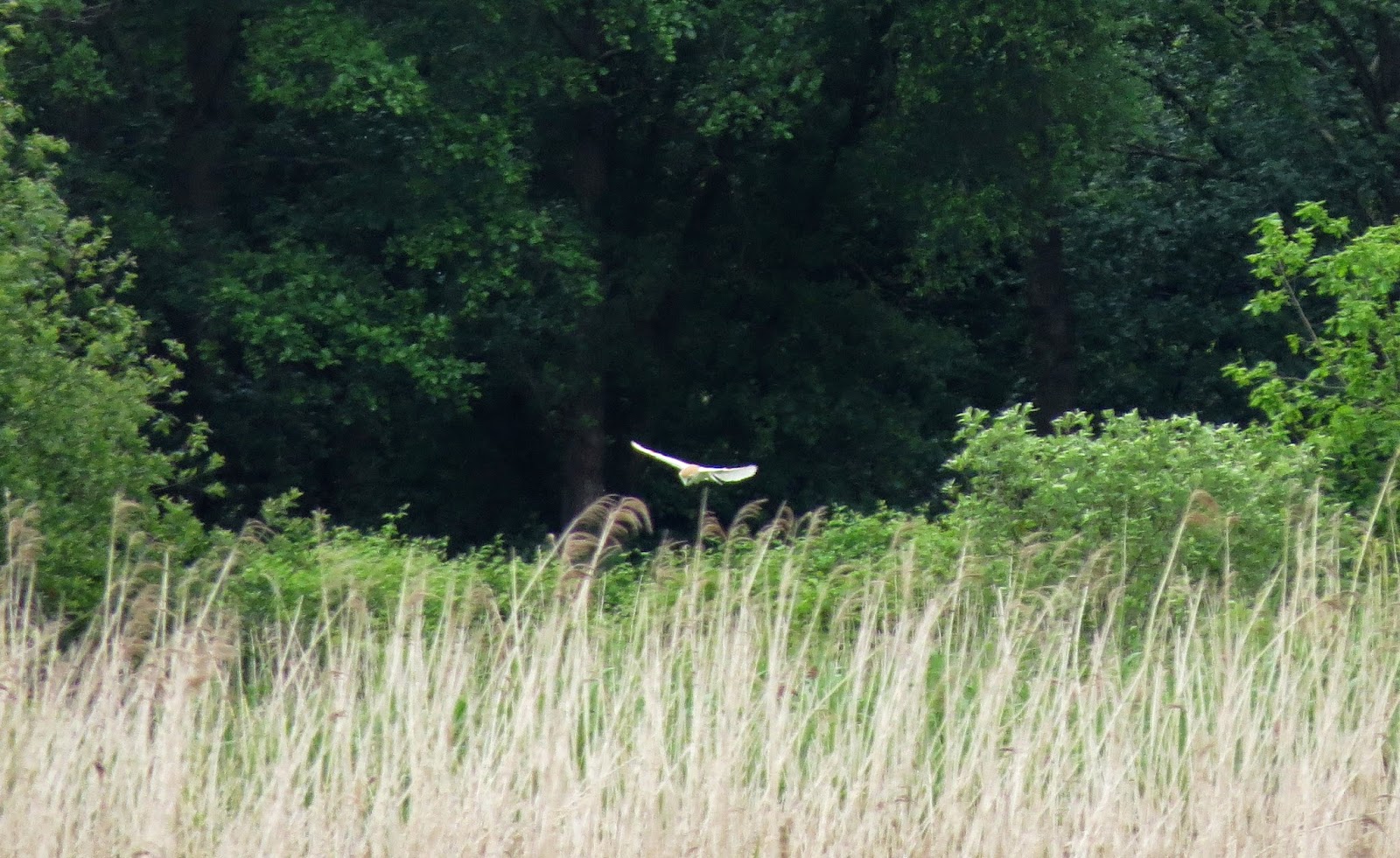 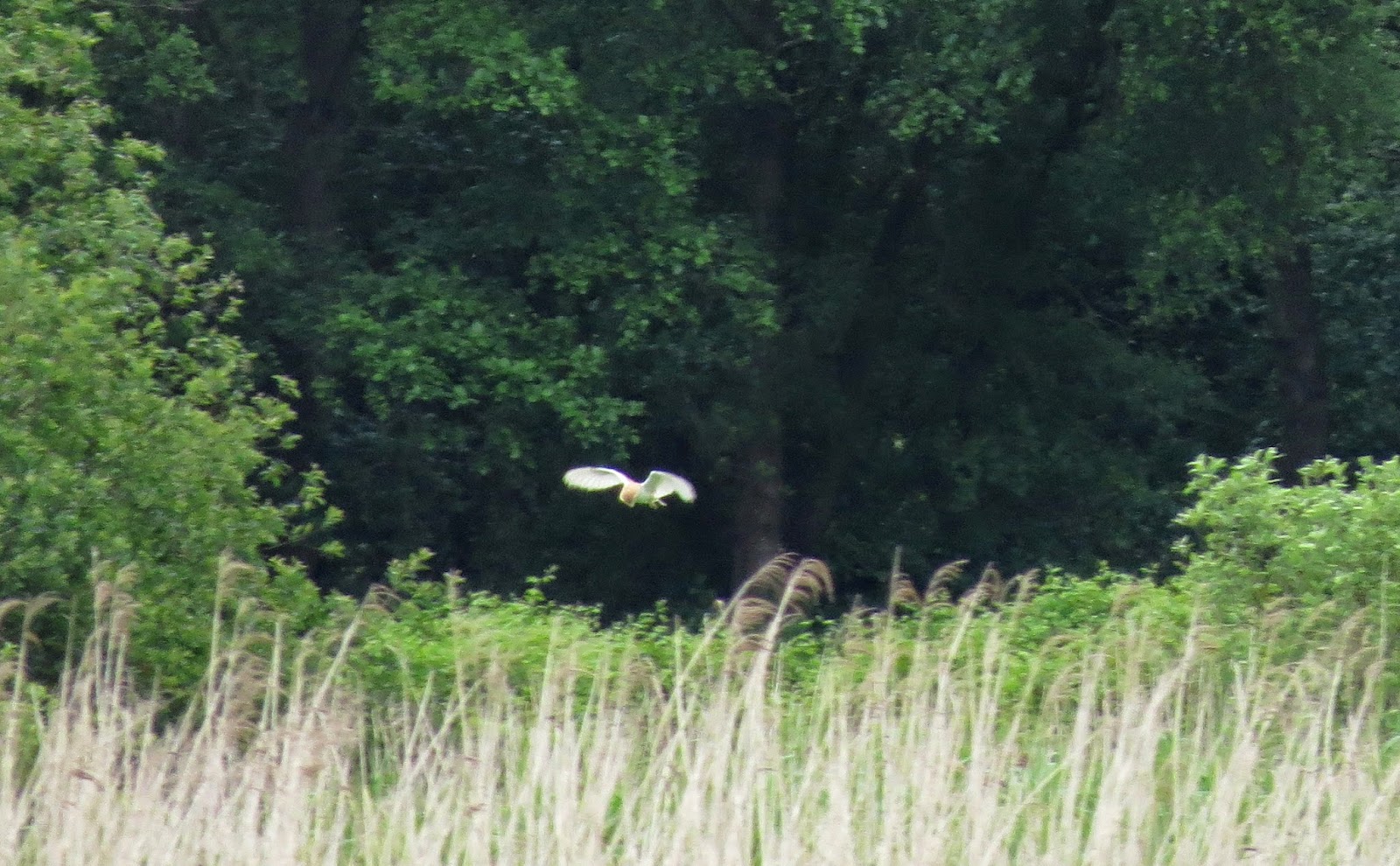 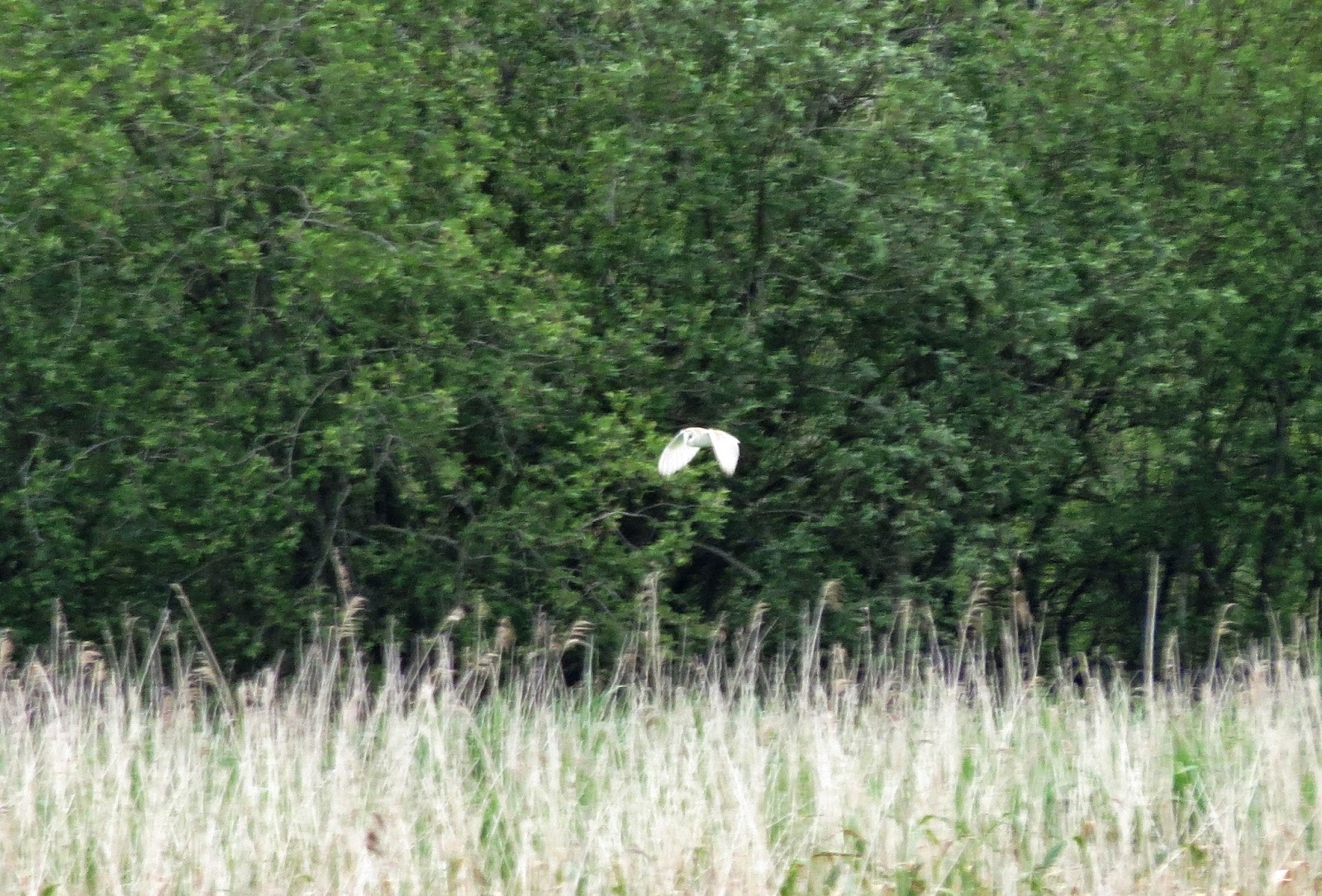 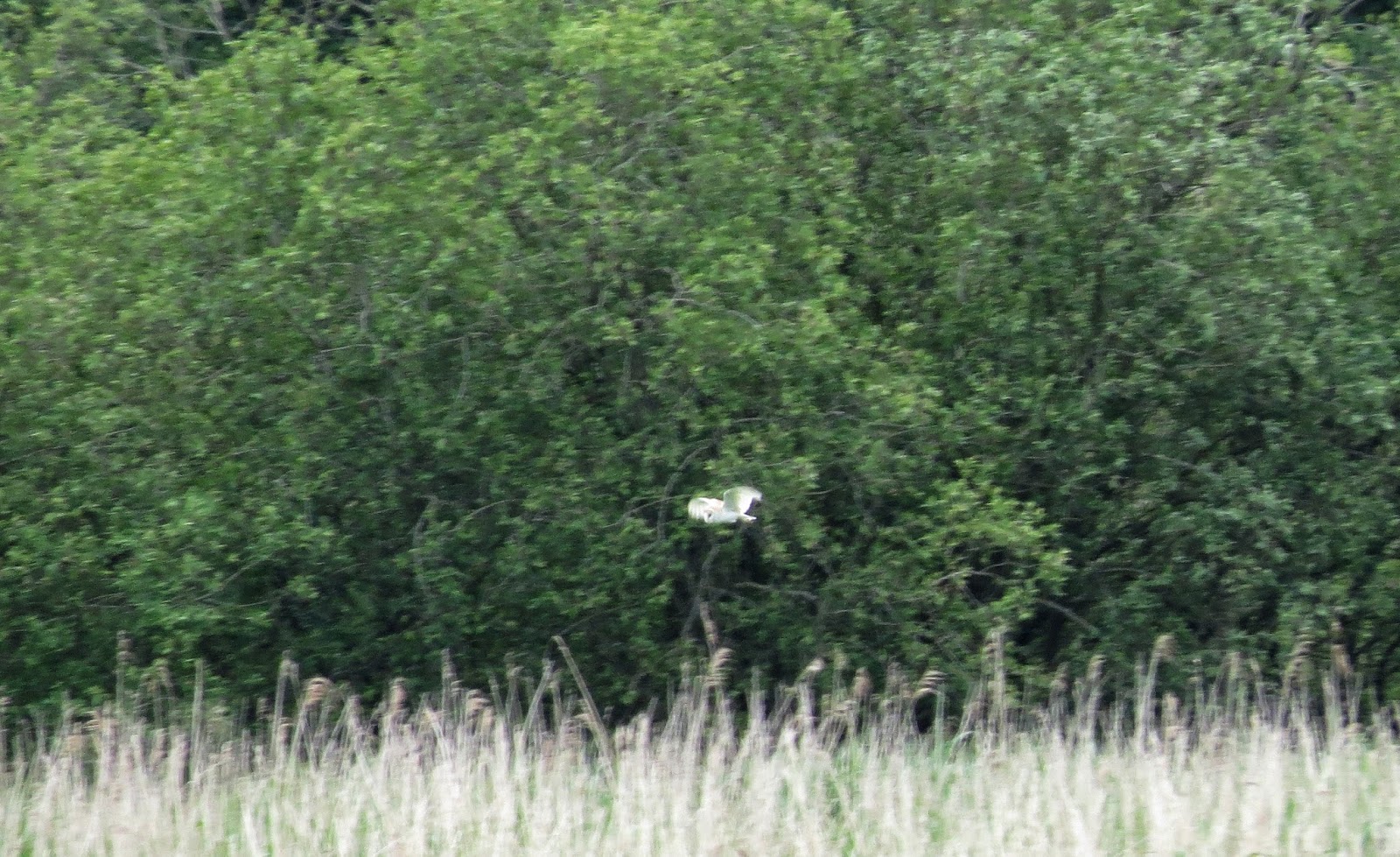 Did I mention there were a lot of White throats around? 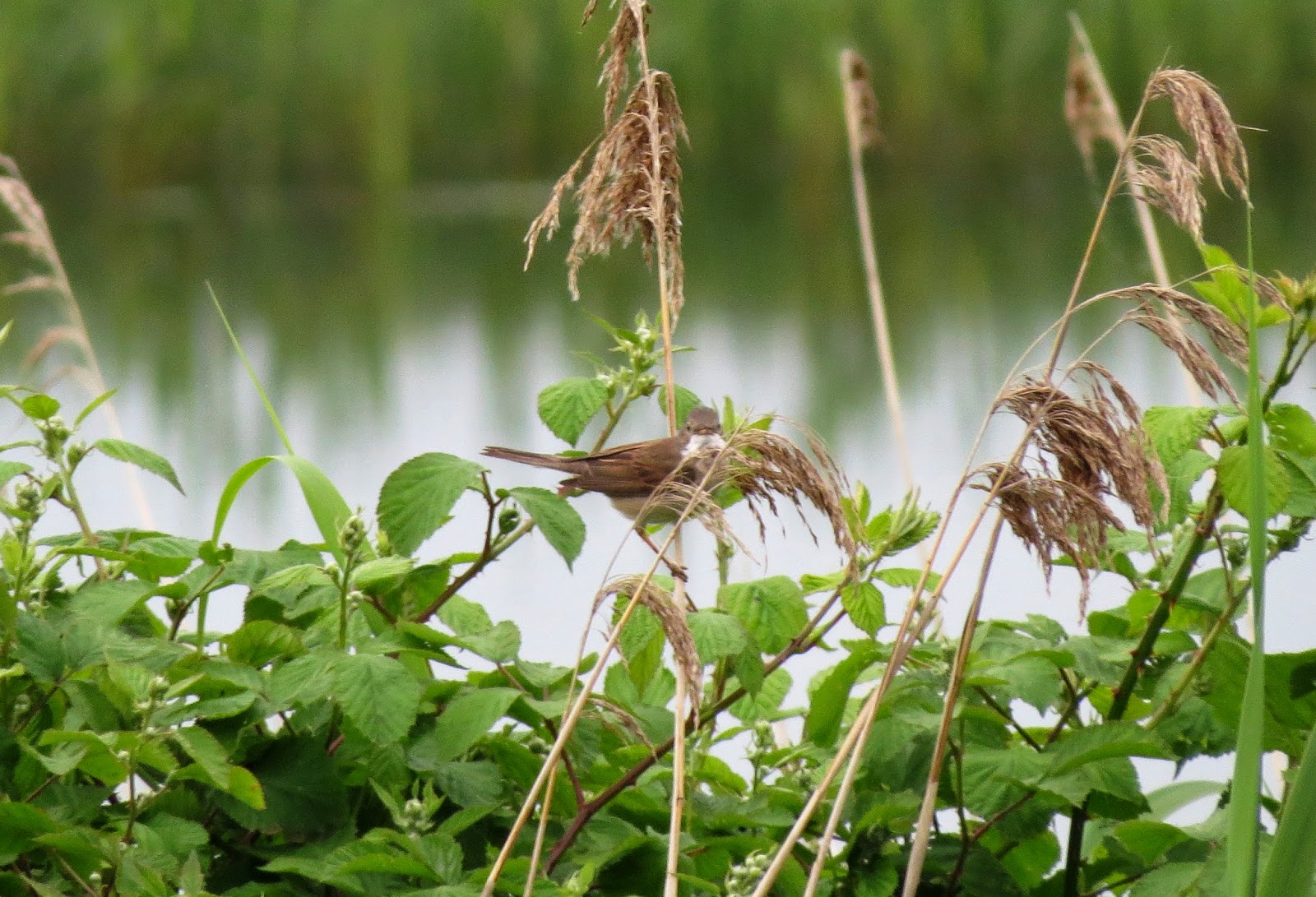 Considering this was supposed to be a quiet day off duty it was quit exhausting. I stayed until 7pm waiting for that Barn Owl to come out to play again and fly straight past me for that final shot of all shots. Young lad next to me was there to show his mum some bitterns. He spotted a Tawny Owl going into a near by tree. Funny, we had heard one  a few hours earlier. We couldn't find it again despite much looking.