Nature From Tooth to Claw

What better way to start the day with a bit of death. Before I even got to a nature reserve nature presented itself in all its raw drama. My eye was caught by this rather dapper fella in a field just past the Aqueduct Crossing. 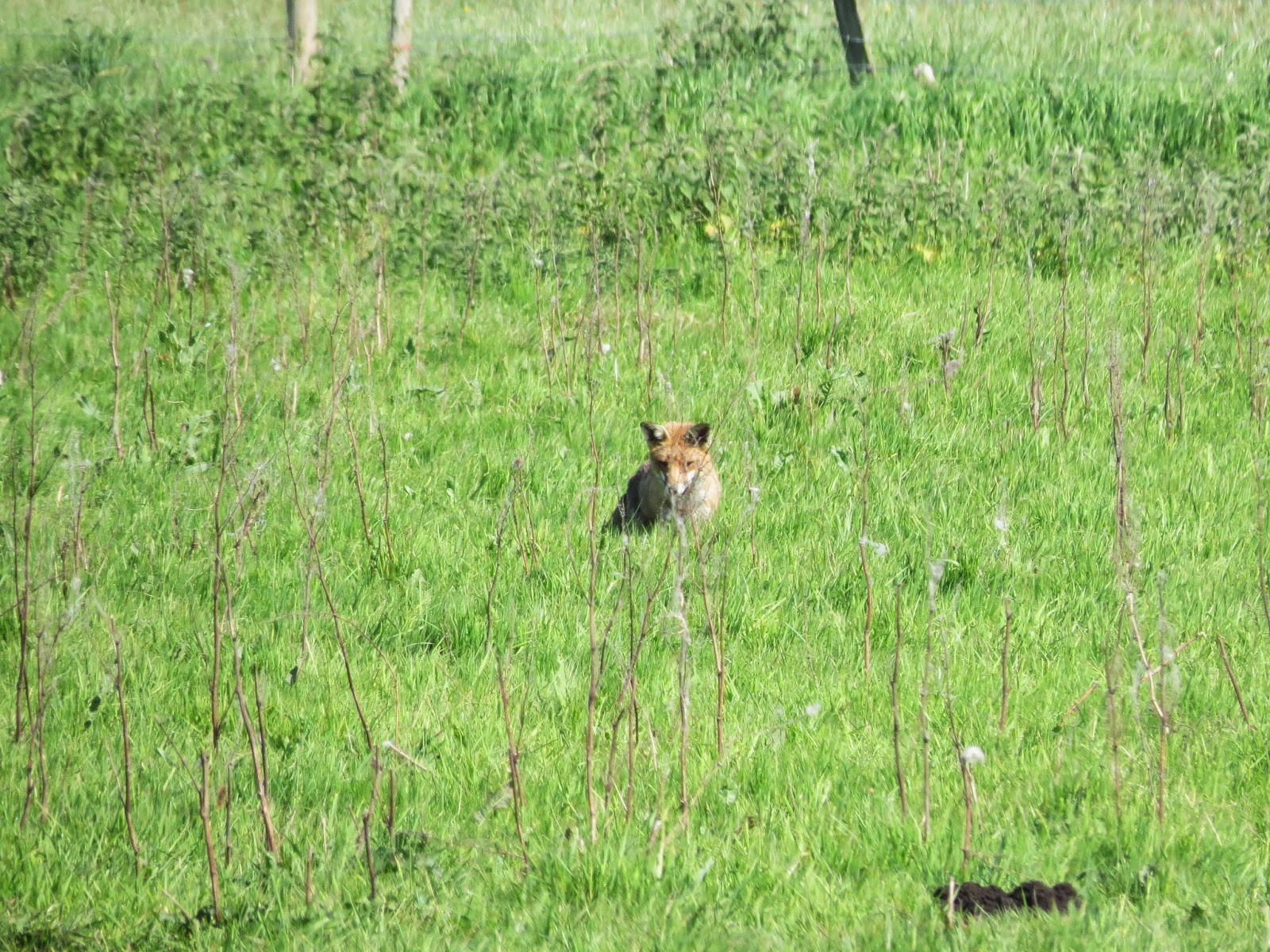 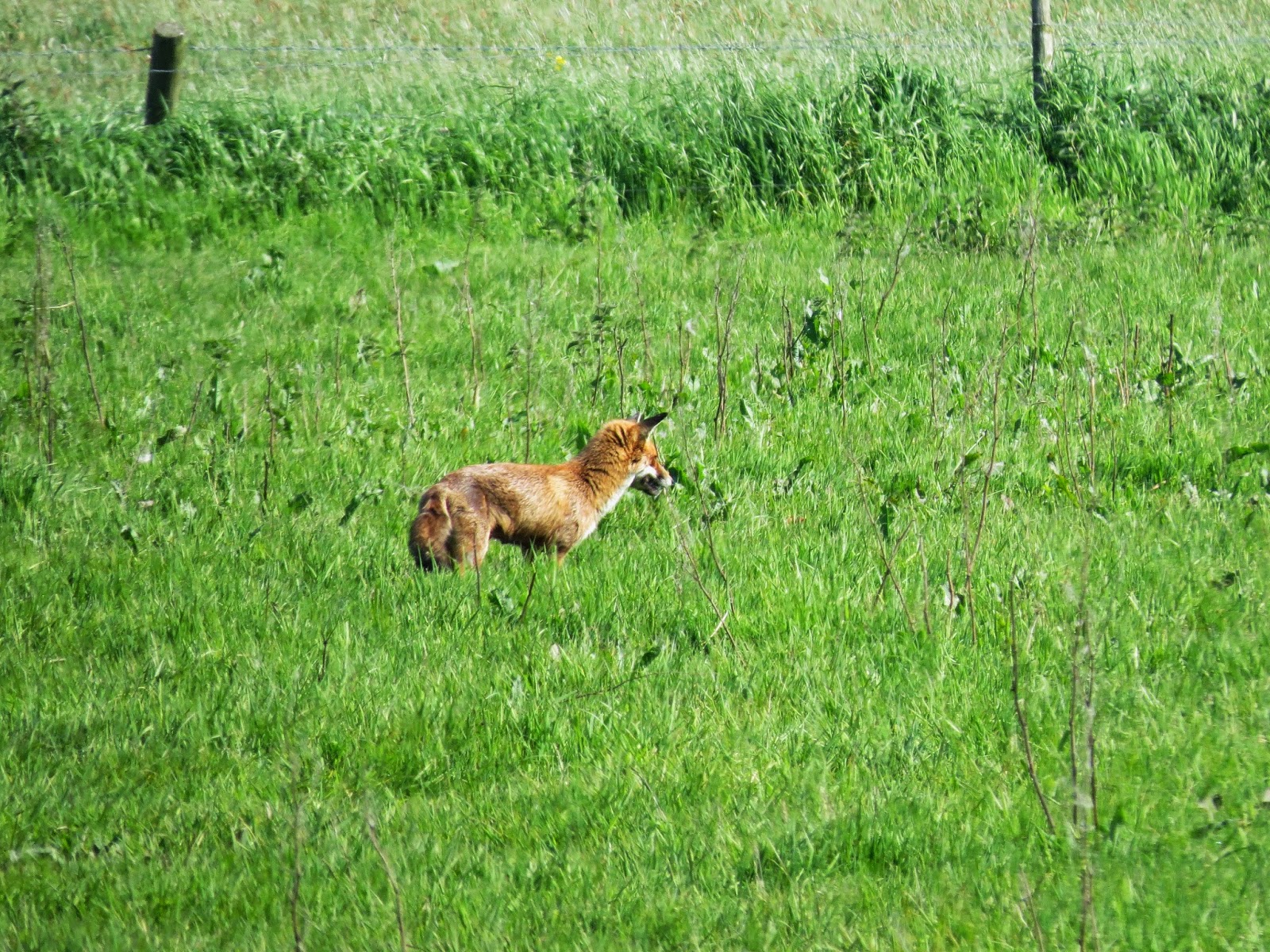 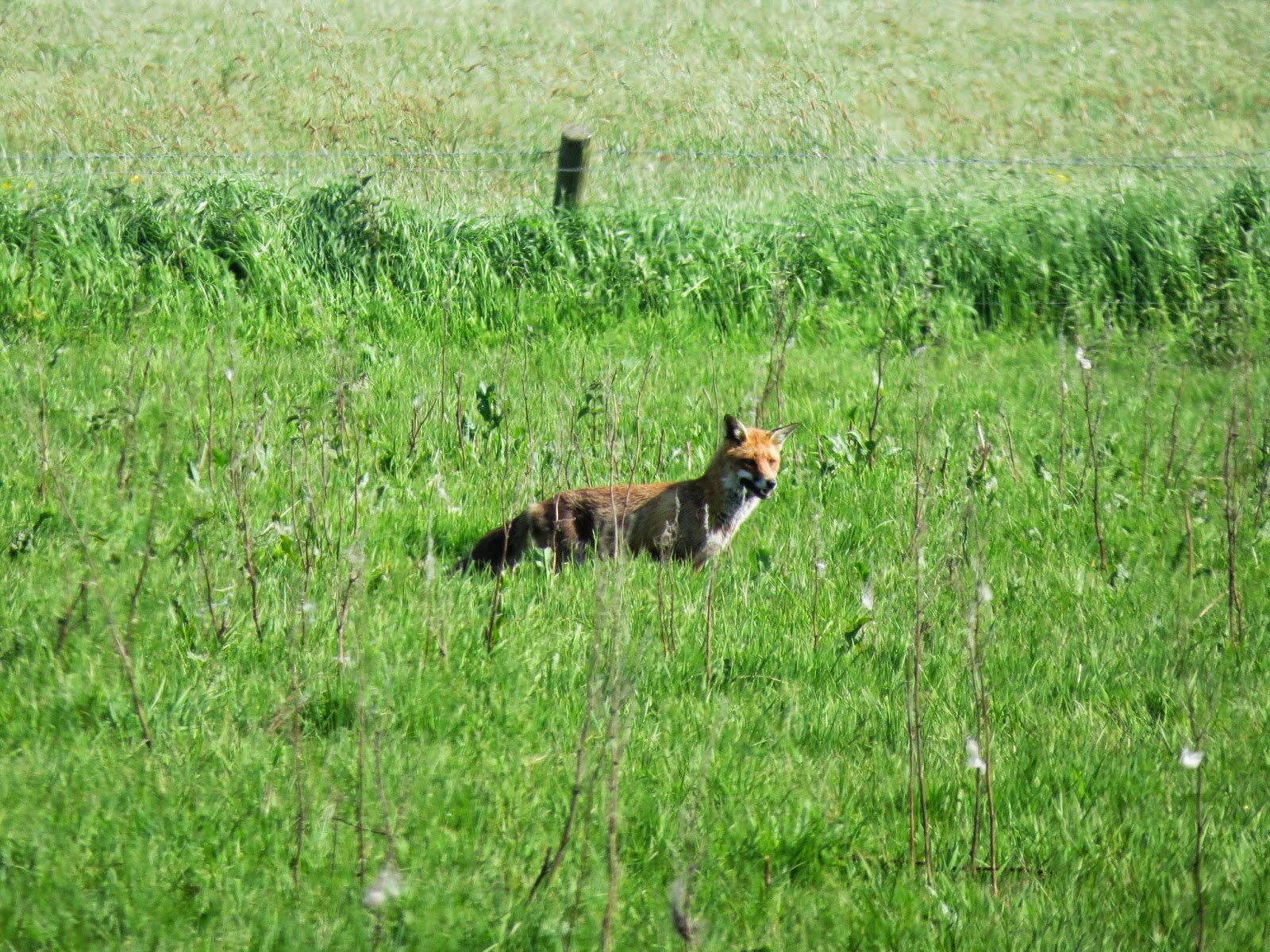 
He seems to have already caught something but I cant make it out. He goes back a couple of times to it, catches a snack for himself then trots off with the previous kill probably for the young back at the den.

But I had already wasted time and had to put a pace on. I had a date with our Grand old Mr Riley. As I cycled through Ham Wall and Shapwick along the old railway line my mind switched off from my EFRS duties as I didn't have time to stop. I transported myself back to the days before Beeching. A time when there where tracks laid. I was in a carriage. Sitting in comfort but with the window open. In times when carriages where made of wooden frames and cotton coverings on the seats. Still a semblance of connection with the real world. Still an earthiness. I was Betjeman in a rain coat. I put the cycle on autopilot and glanced to my right and left watching the trees rush past. The crunch of the cycle tyres where transformed into the hiss and clatter of steel and coal.

I arrived at Catcott Heath and switched back to the task in hand. Mr Riley was waiting. Now as you know James and I are more of the big stuff of the Marsh Harriers, the drama and excitement of the Hobbies etc. Mr Riley on the other hand we find within a tranquil haven of peace and calm. Of a more gentle time that Betjeman would have been proud of. Catcott Heath is a little gem that few people know about. A little boggy at the moment but it is awash with beauty. Unfortunately, and much to my annoyance, Riley was lame. He should have been in hospital or rather shot. 'What on earth are you doing hobbling around a bog in your state' I disclaimed. 'I didn't want to let you down again' Was his reply. They don't make them like this anymore do they. 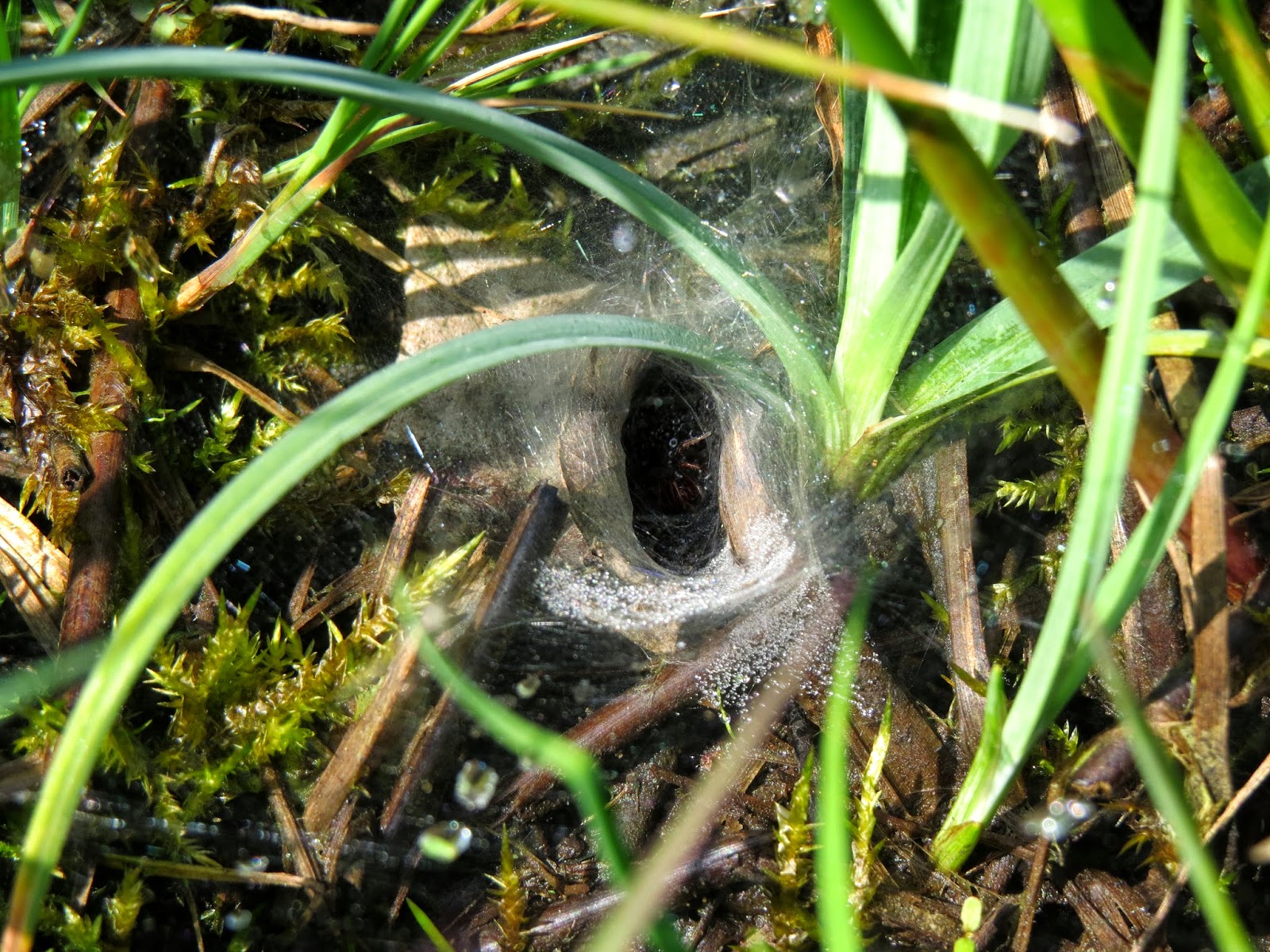 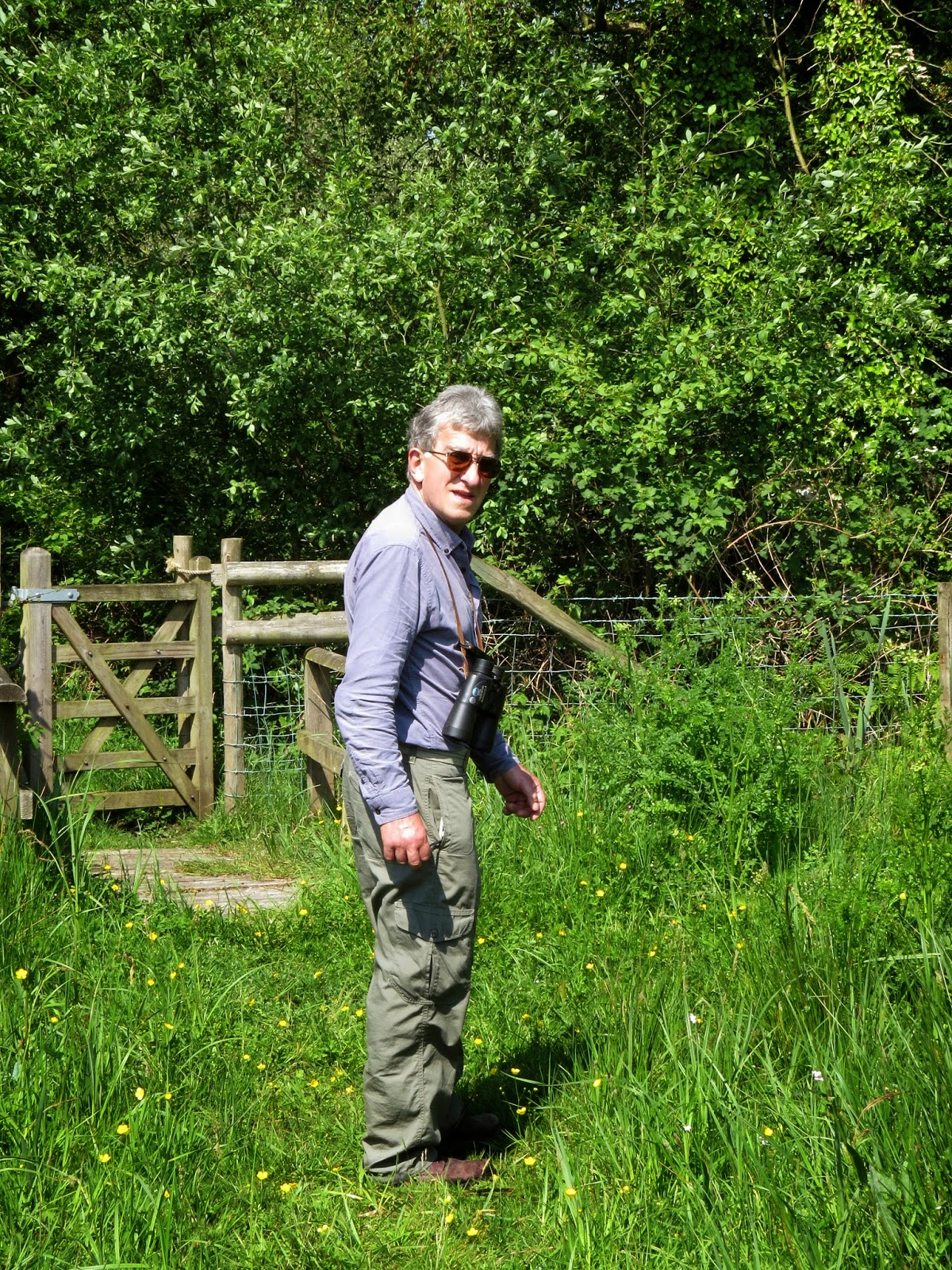 A lesser Spotted Riley in its natural environment and in pain!! 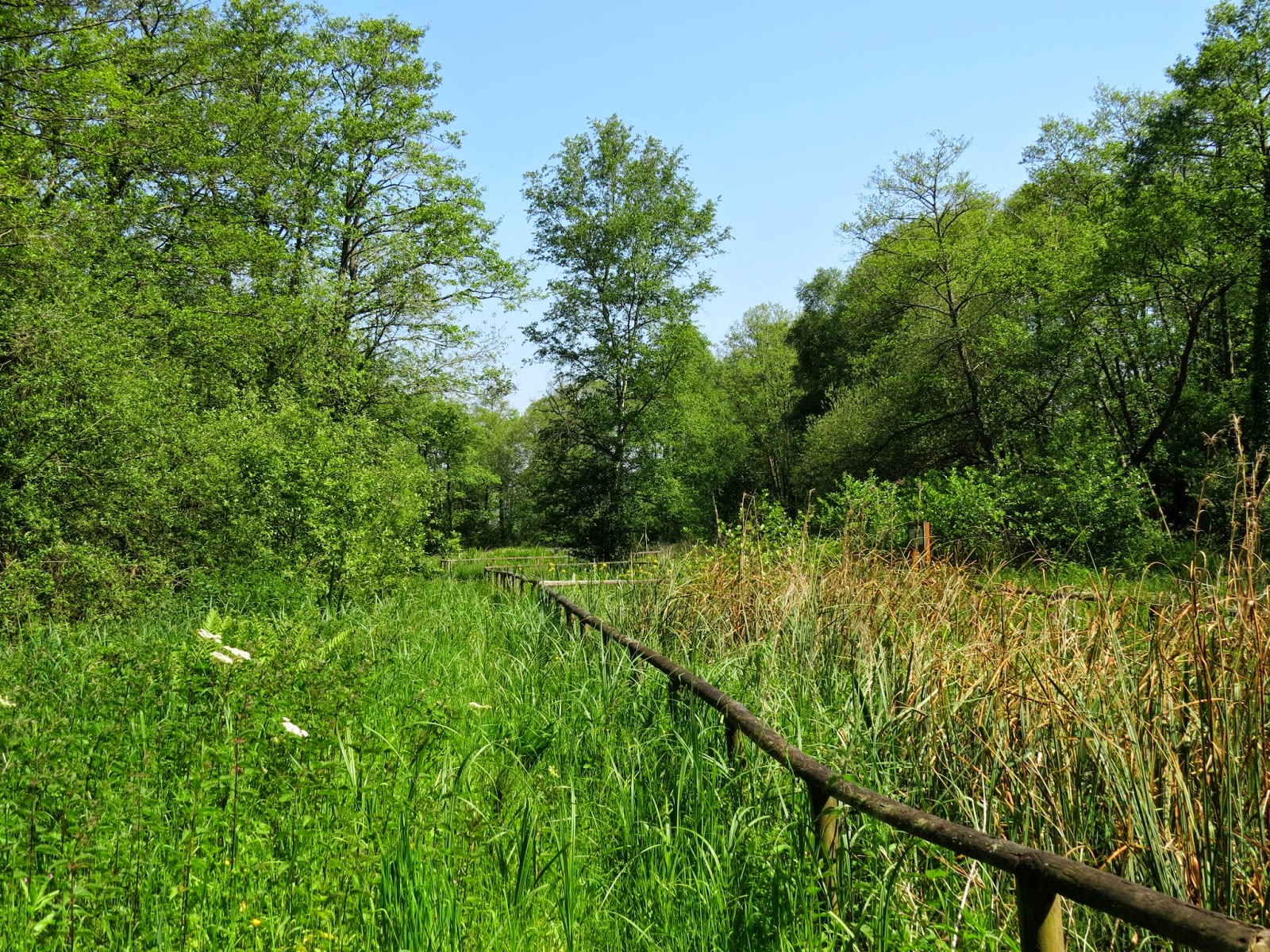 Much debate was had about what constitutes natural, the demise of bird life, the politics of nature conservation and other heated topics. Three hours flashed past. I did manage a few shots of Hawker Dragonflies 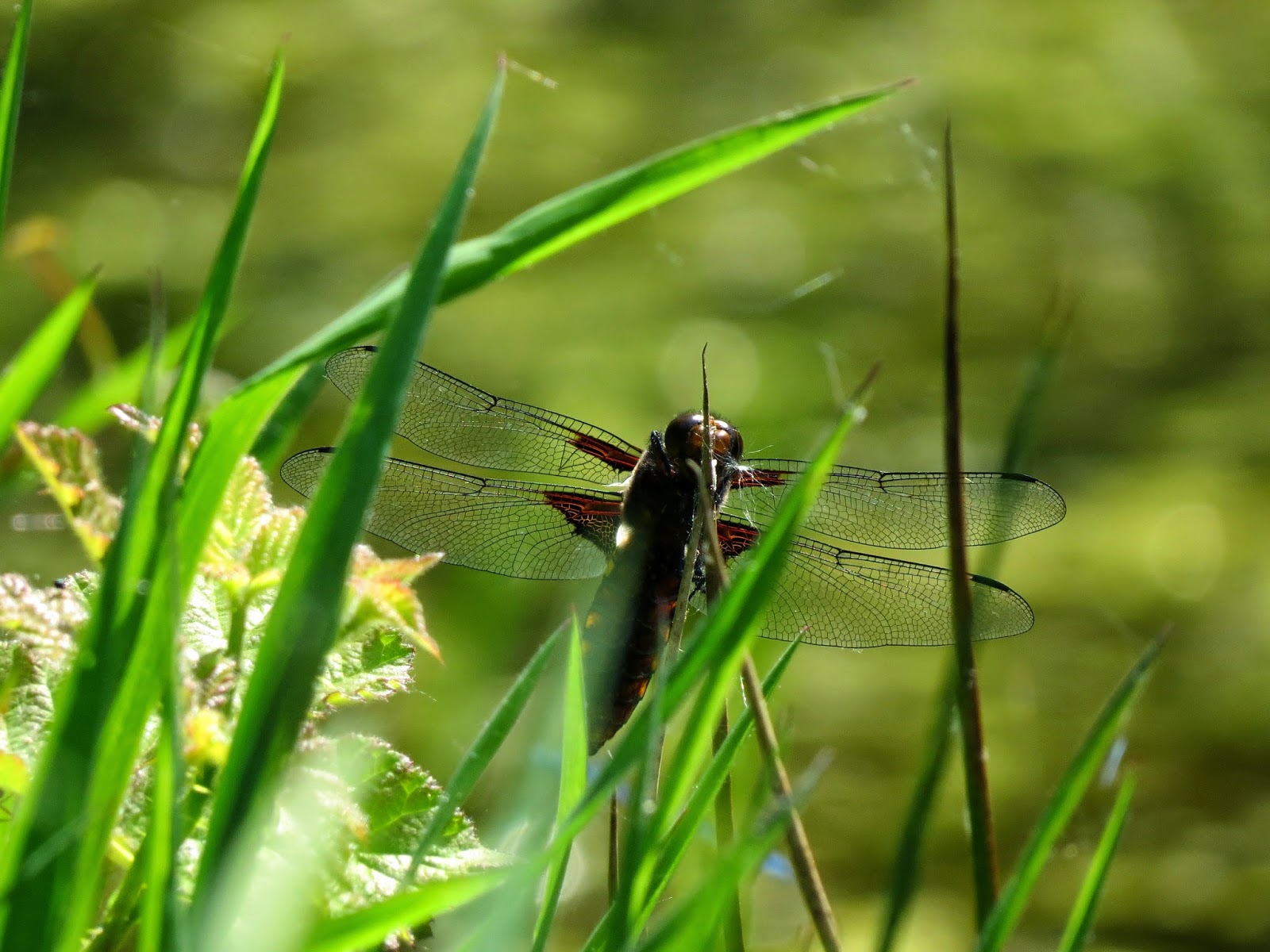 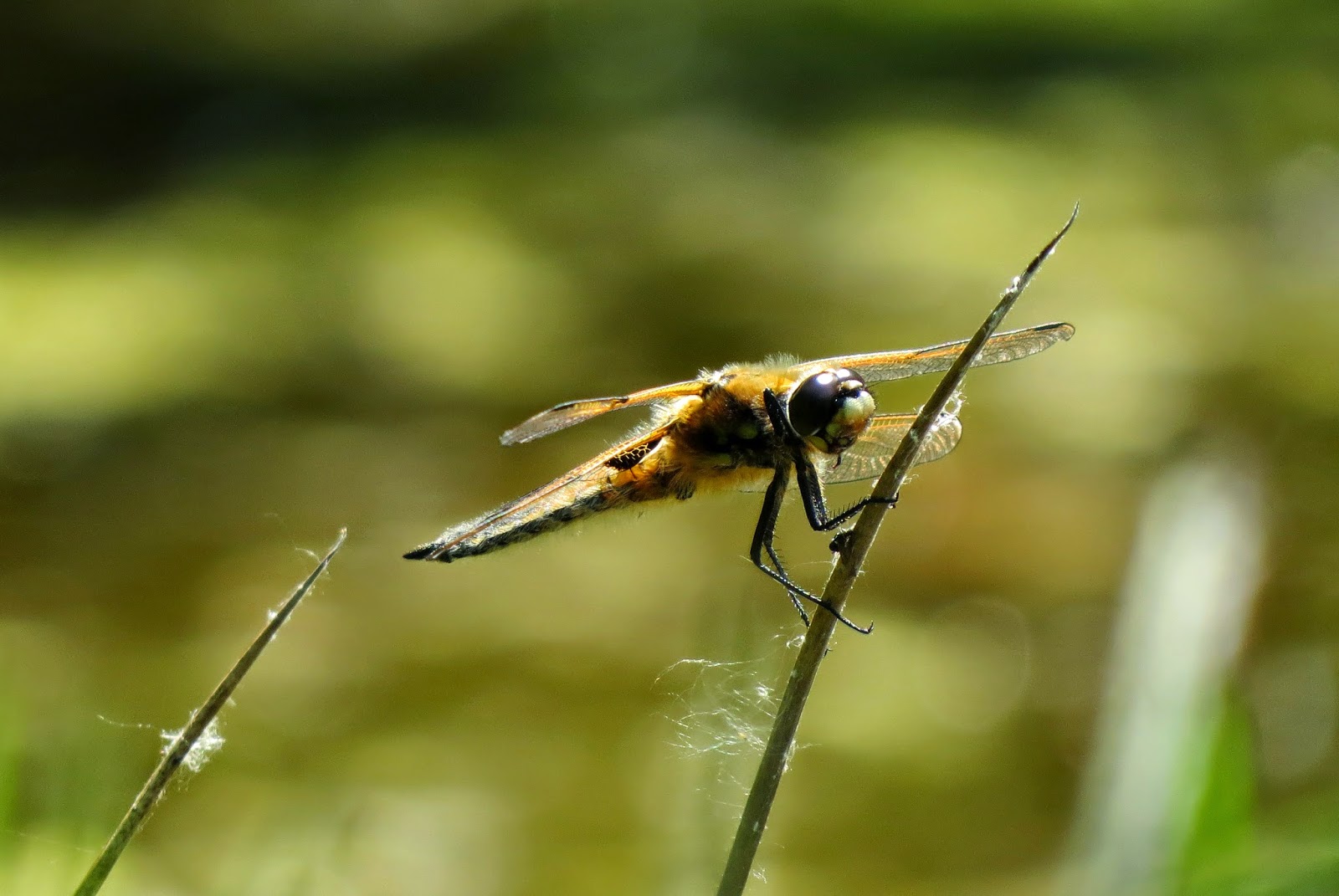 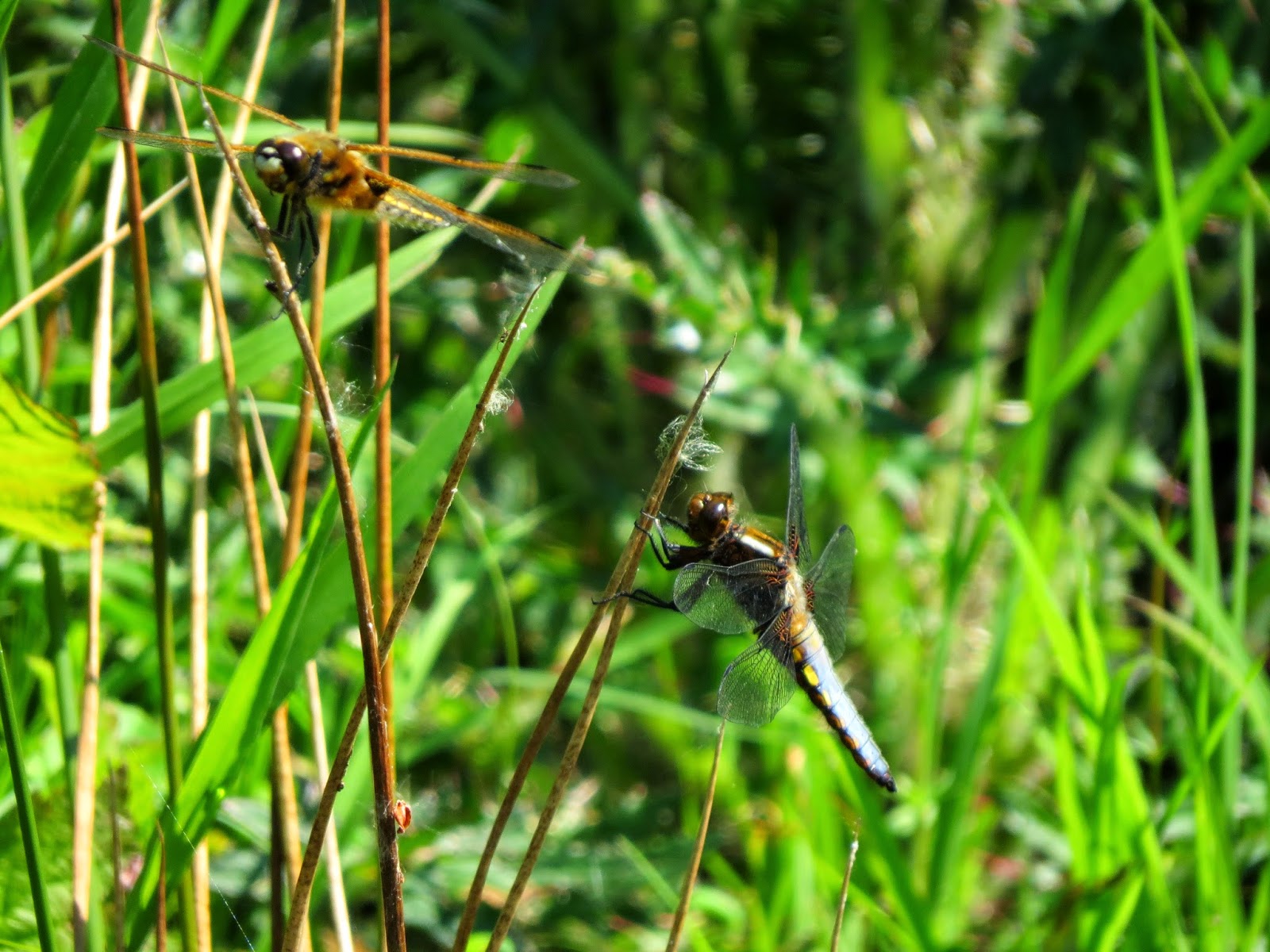 It was as I took these pictures that I realise only yesterday I was watching Hobbies a few miles away at Westhay catching and eating alive these very same beauties. I almost encouraged them to do it. 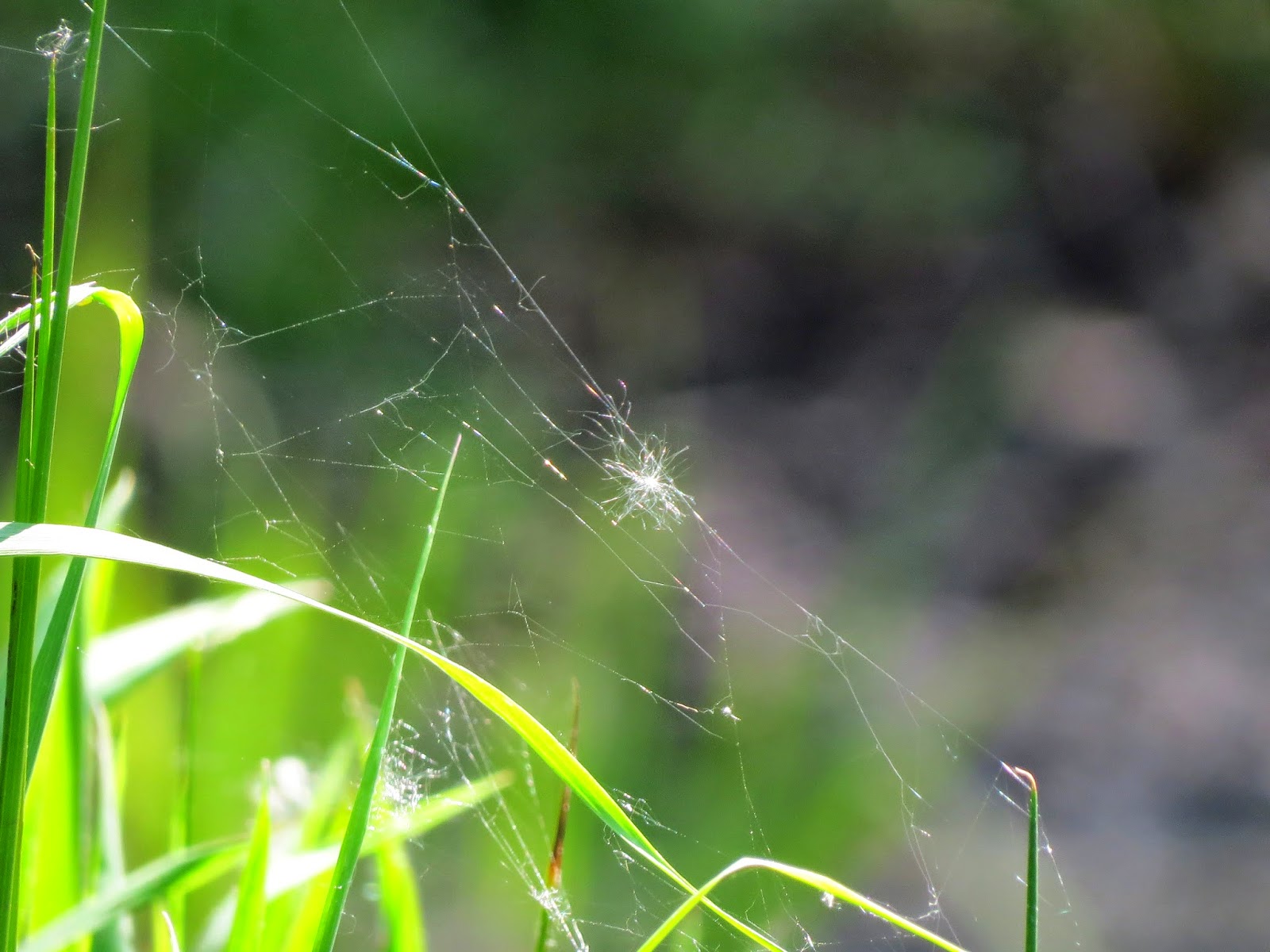 We call this beauty. The delicate entrapped by equal delicacy. It is also the futile end of the hopes of a flower.

I relaxed and cycled back through Shapwick to VP2 at Ham Wall. I just enjoyed the day. It was quiet. A few Hobbies in the distance. Nothing to entice me into a frenzy of photography as the day before. Male and Female Marsh harriers for entertainment. Meeting 'Cooky', a familiar name from the SOS site and now a familiar face. Good to meet him. We debated Bridge Cameras. The he spotted that a Male Marsh Harrier was hovering over the reeds. It was going for a duckling. An attempt was made but repelled. For Cooky it was job done and he left. Not for the Marsh Harrier though. 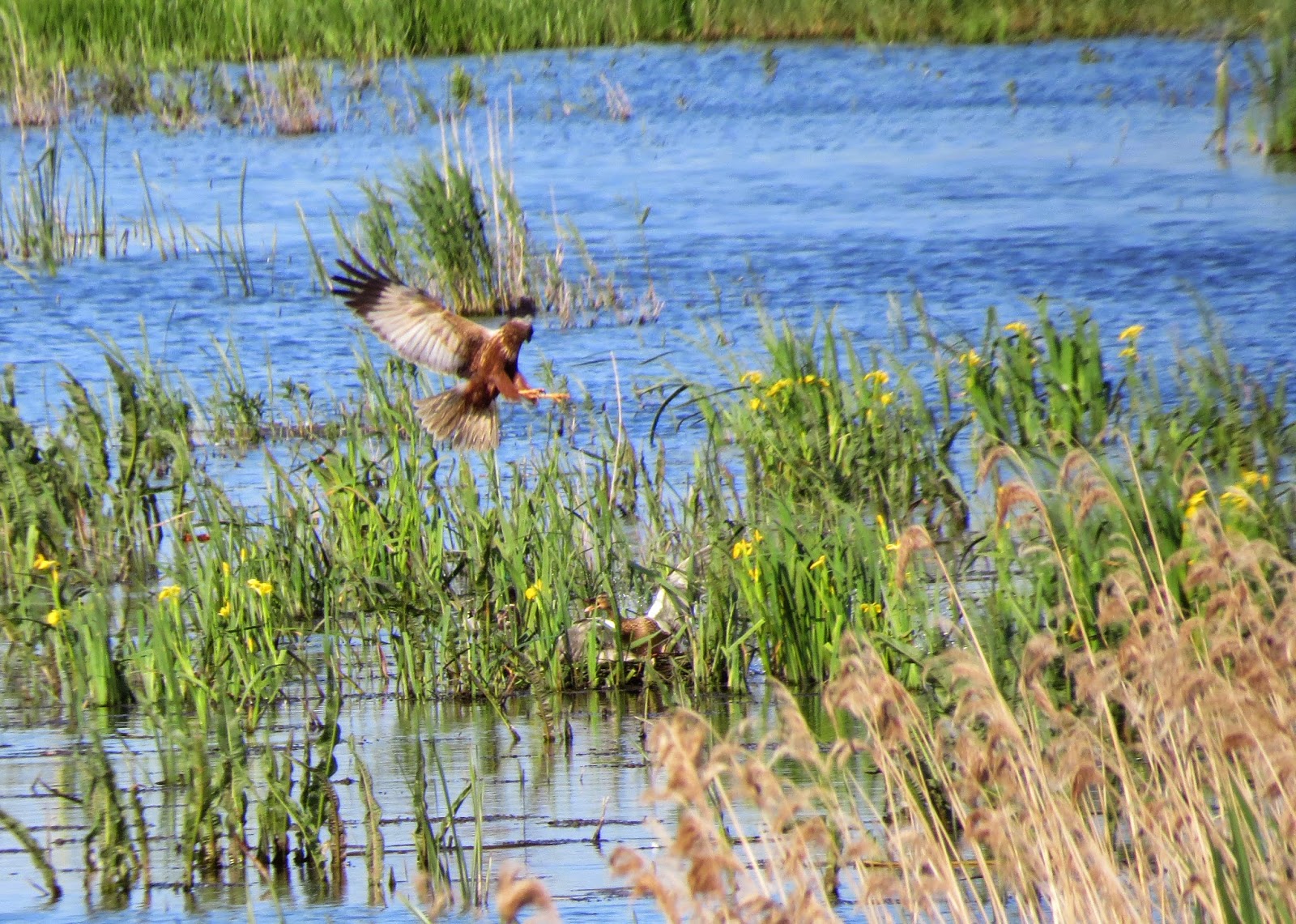 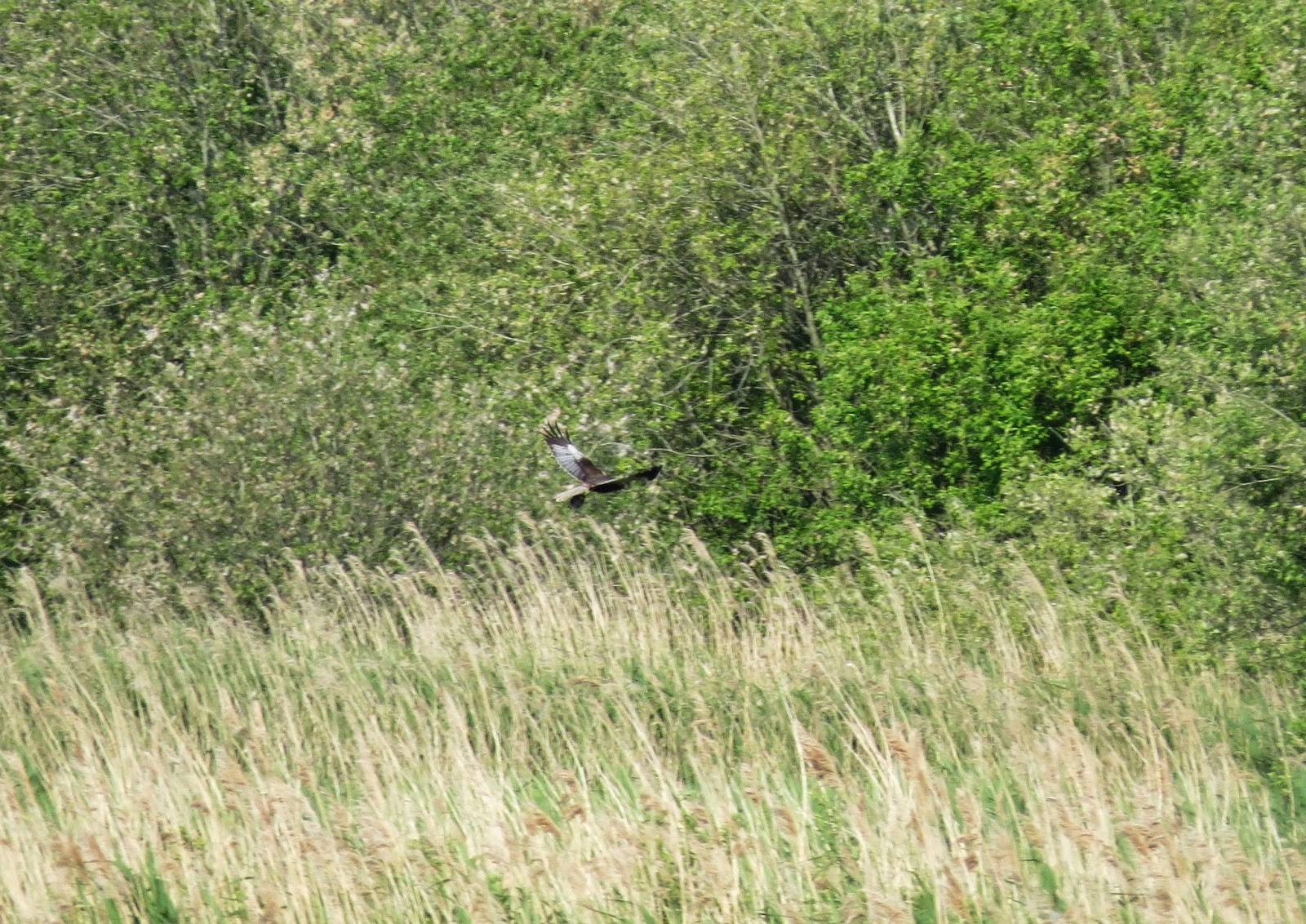 Prey in its Claws