Probably the least interesting day I've ever had at Ham Wall. The sun is high, the chicks are fat and every thing is taking it easy for the days when the summer never was. Having said all that this is Ham Wall after all. So what did we have? Well a few nice chats to fellow birders and day trippers. I decided to skip straight past VP2 and head to VP1 with the added pleasures of the Tor Hide. An hour or so resulted in two female Marsh Harriers and three Great White Egrets. But you don't want to see those. You want to see a Coot. Now this might only be a Coot but boy what a Coot he is (I will for the purposes of this article refer to 'it' as 'him' since there is no sexual dimorphism amongst Coots).
I have, since purchasing my 70D, also started to play around with Lightroom. Now Im a bit of a purist where a lot of things are concerned. Avocados for example should only be eaten from the shell with a dab of mayonnaise, splash of lemon juice and a twist of pepper. Anything else is sacrilege. Photography is the same. If its a bad picture its a bad picture. Now There are times when its all intentional which is fine. I dont mind, have a good play around with the effects but when your doing wildlife for wildlifes sake don't muck about with it. With that in mind I've tried not to muck about with what I'm doing at the moment. I've quickly learned its better to under expose which isn't difficult with a relatively dark lens as the EF100-400L. I've then just played with the exposure, contrast and various basic tone settings in Lightroom. This I see as nothing more than what a developer would do in the dark room so my conscience is clear. Unless an even purer purist is prepared to put me right?? So without further adieu I give you a Handsome Coot in full summer regalier..... 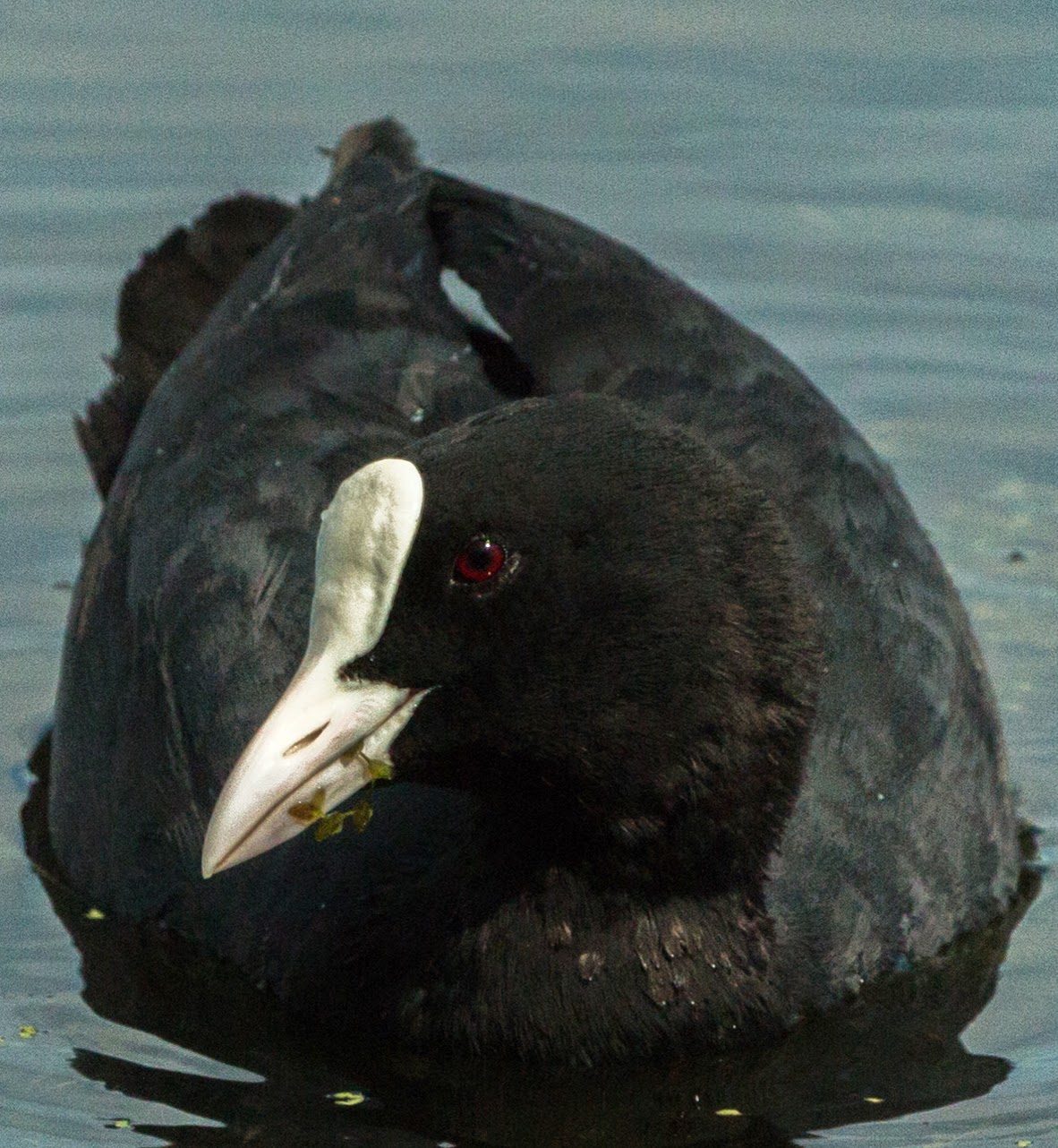 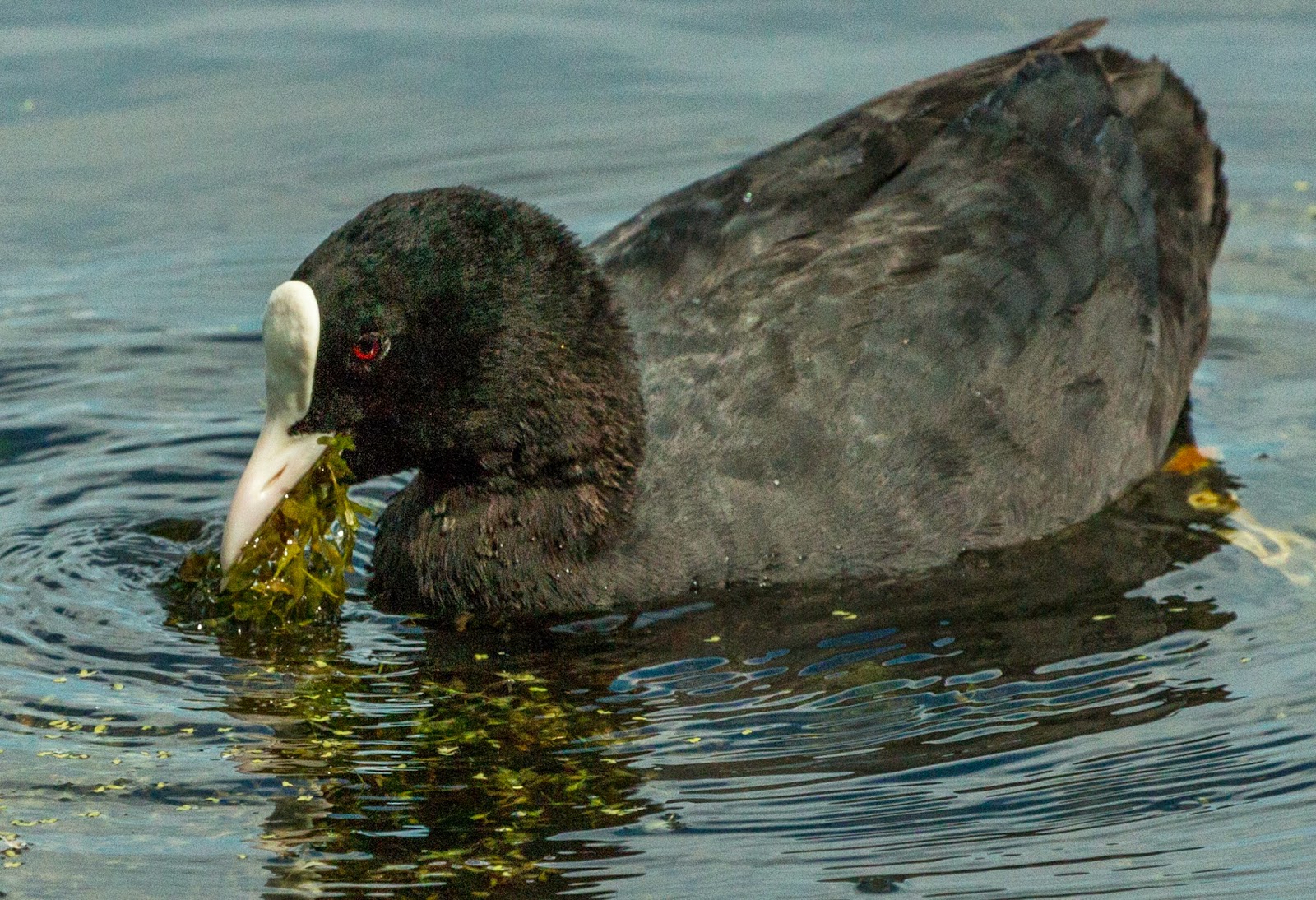 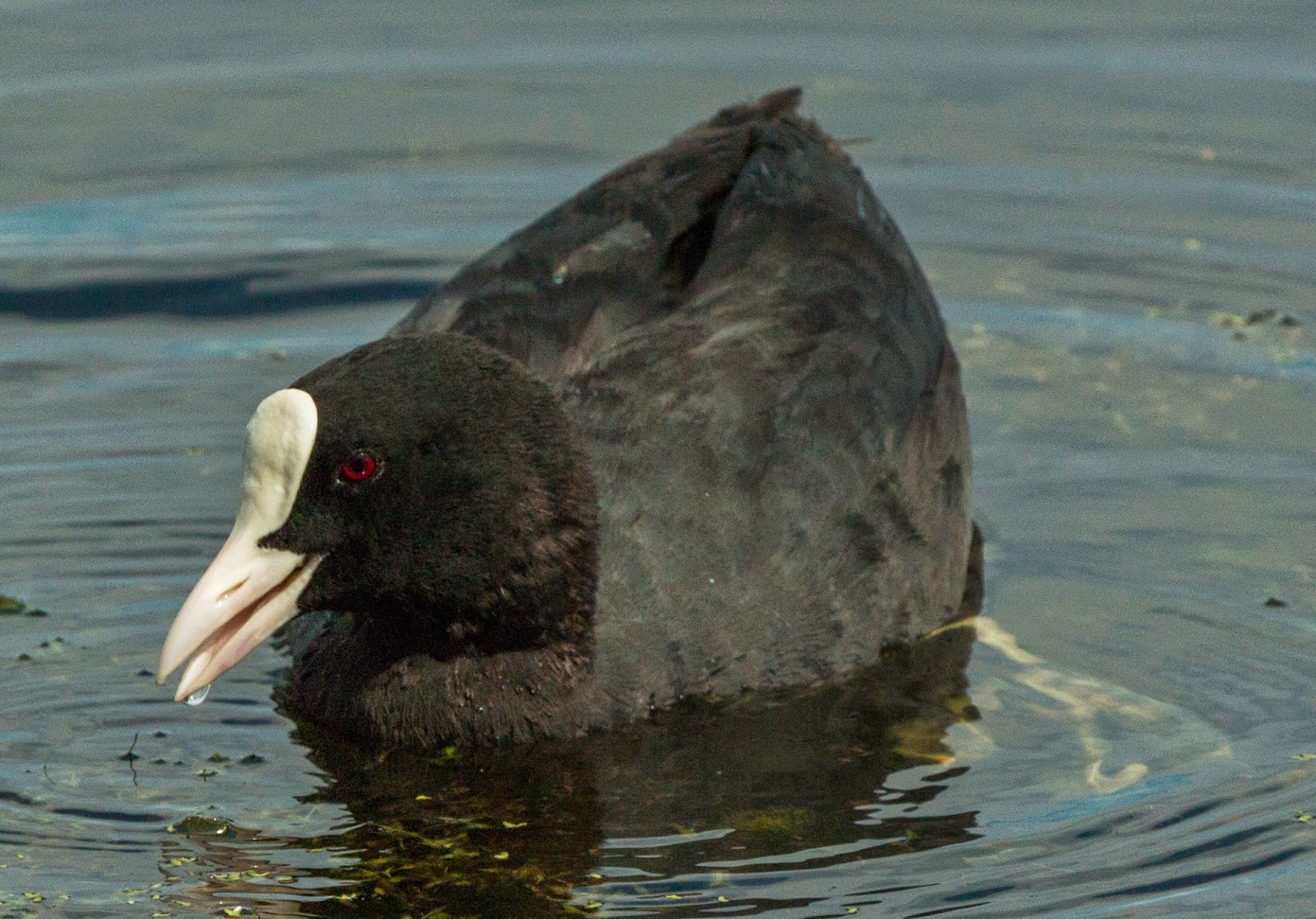 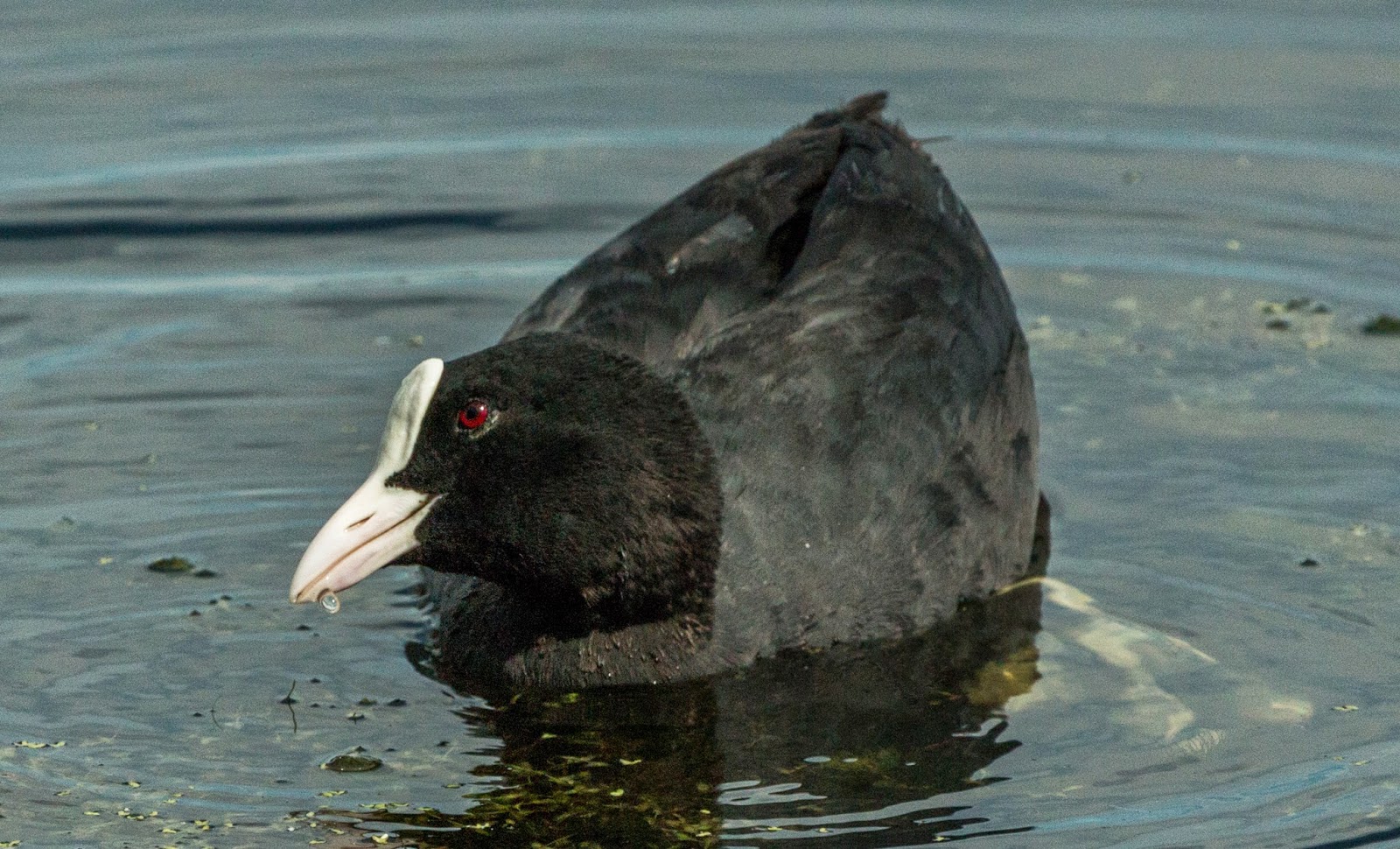 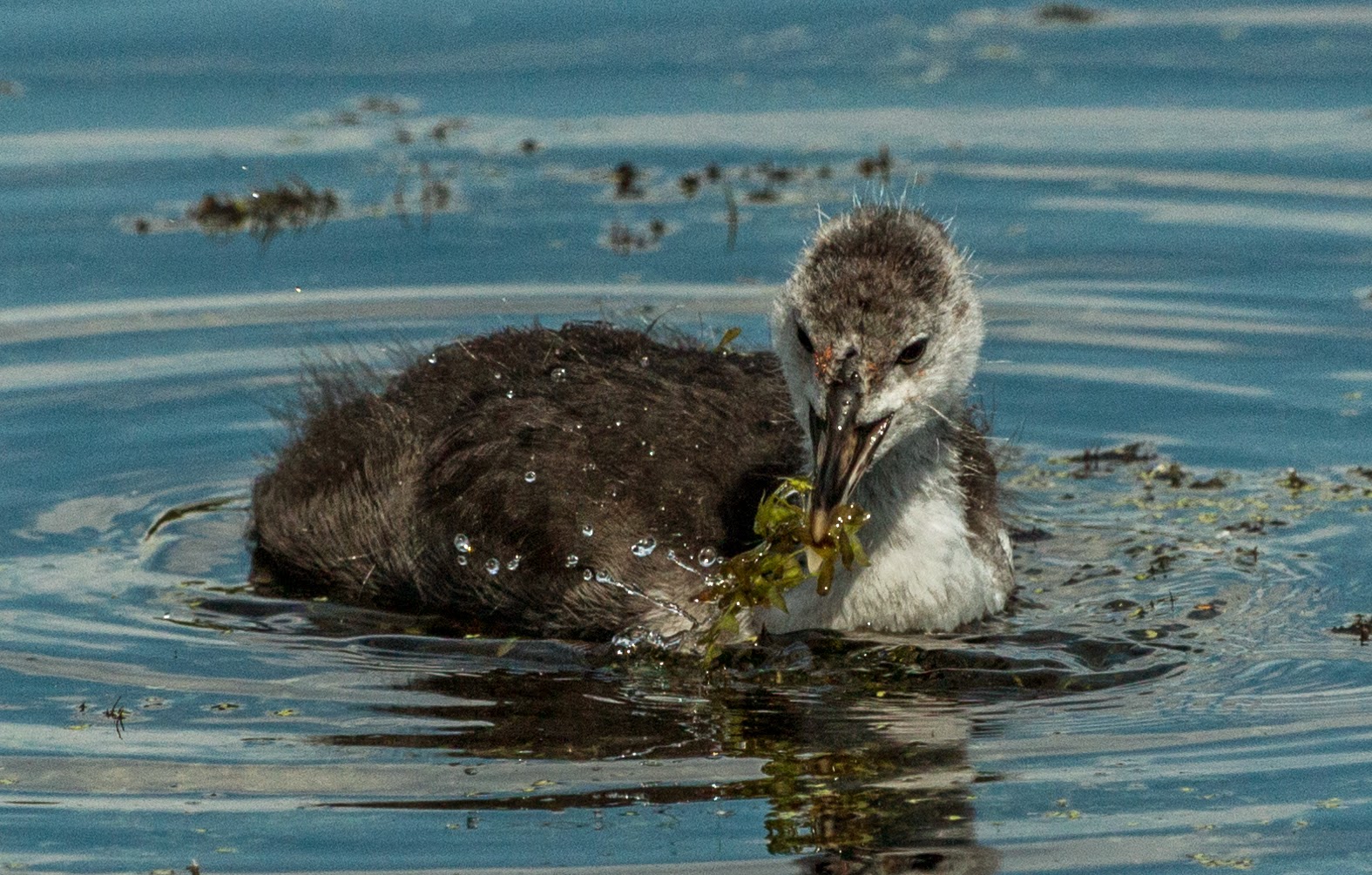 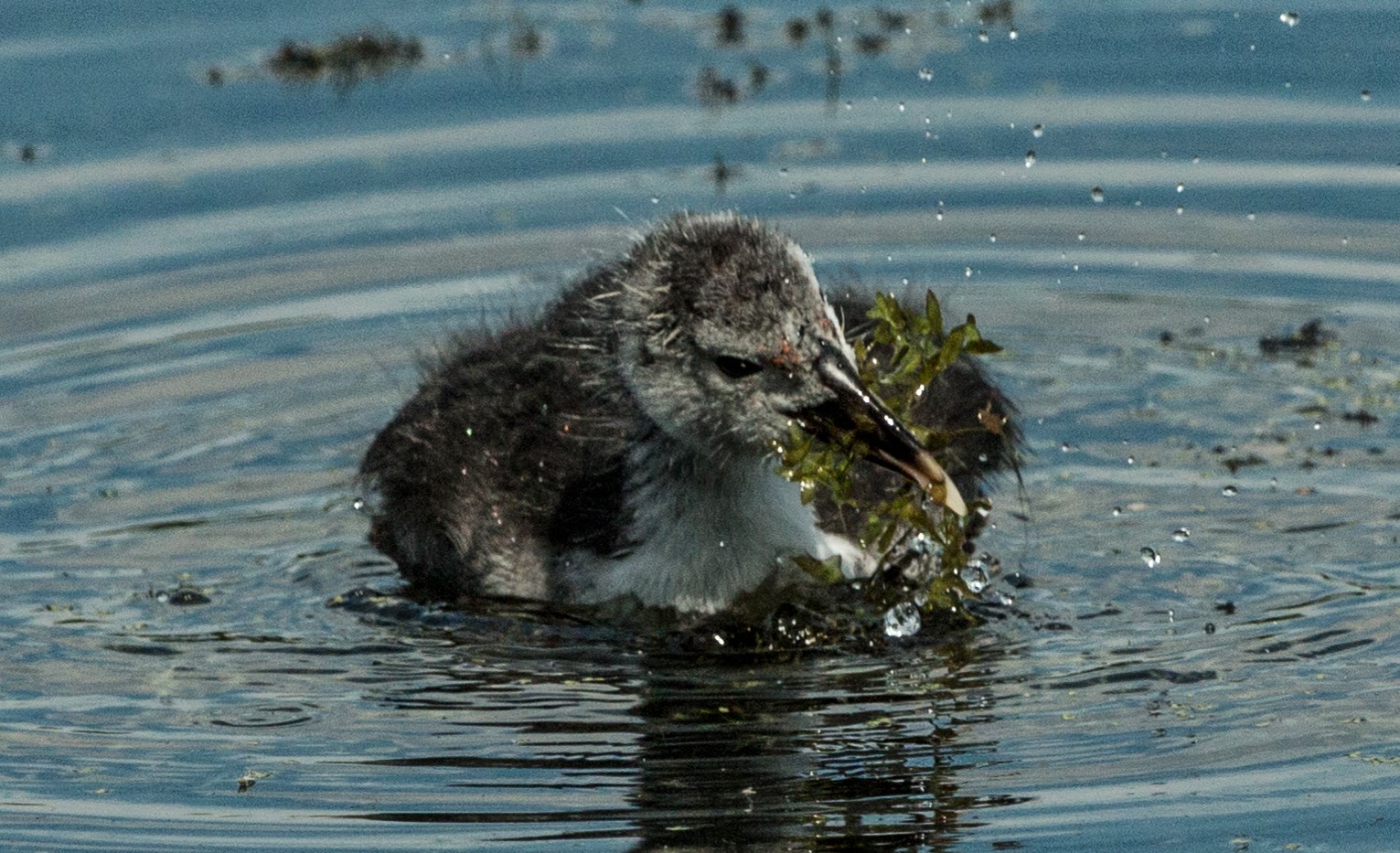 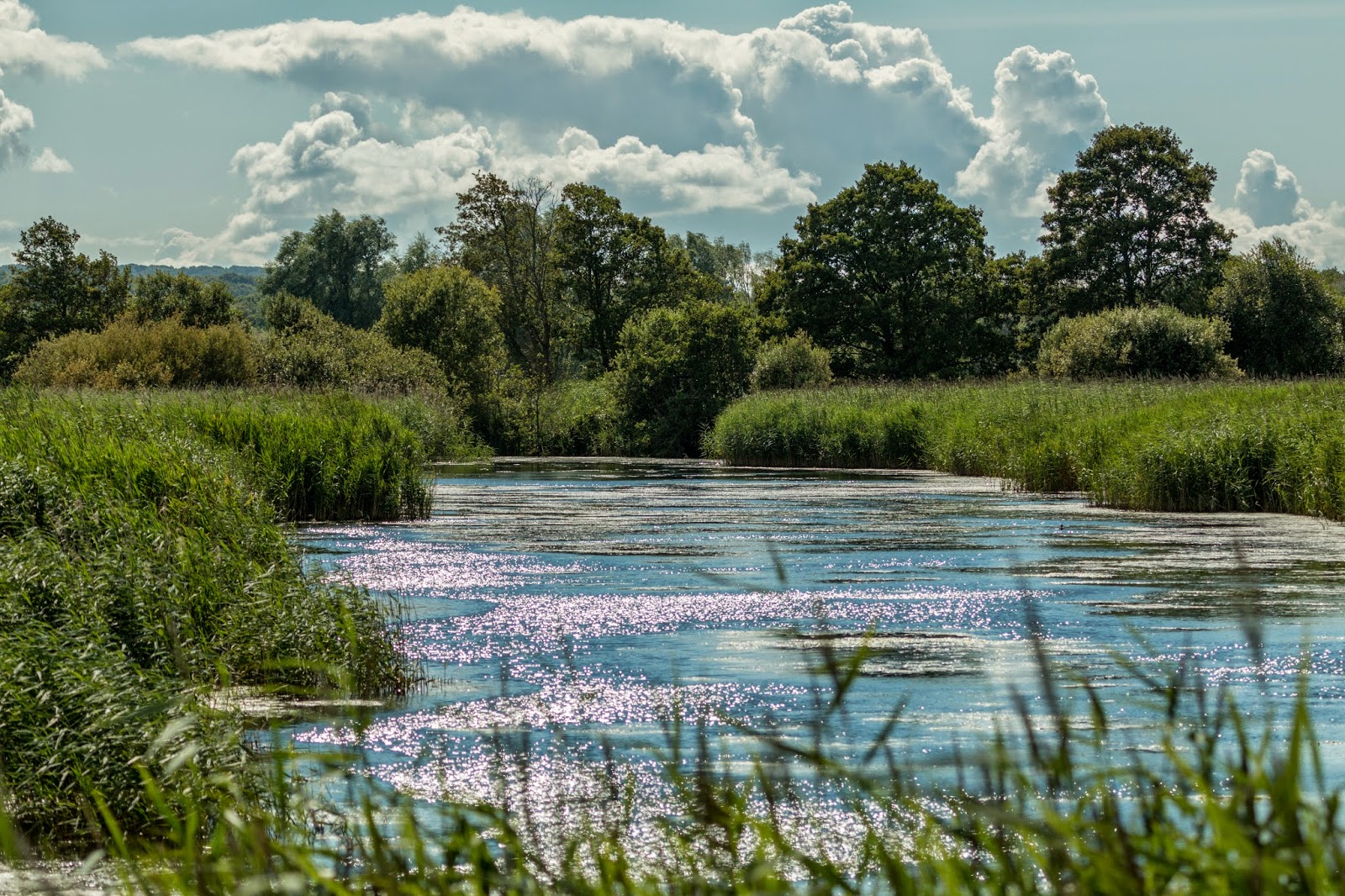 So while the Common Terns were flitting round annoyingly just a bit too far away or in the wrong place I did manage to see one thing I've never seen before. A Little Egret was sitting one one of the rafts abandoned by the Terns as a nesting site and for a very good reason. Its often full of mallards. The egret was determined to sit it out and looked with disdain and scorn down at the rather vulgar and uncouth Mallards. The egret did, of course, conveniently ignore the fact that he himself is becoming a bit 'common as muck' these days. At various stages of the hour he gave these expressions. Ranging from alarm, to dismay through to boredom. The Little Egrets Tongue! Very odd shape it is to! 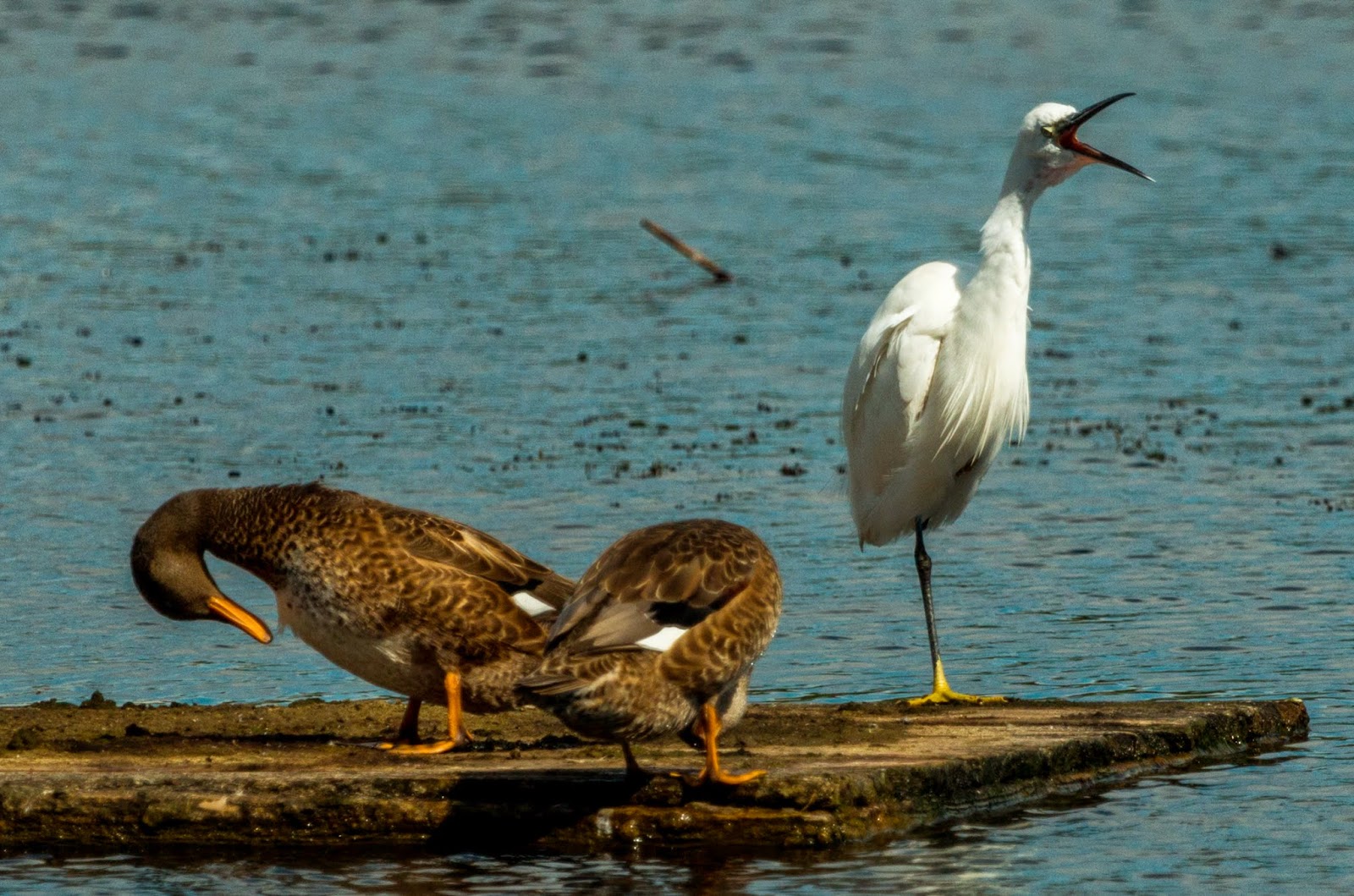 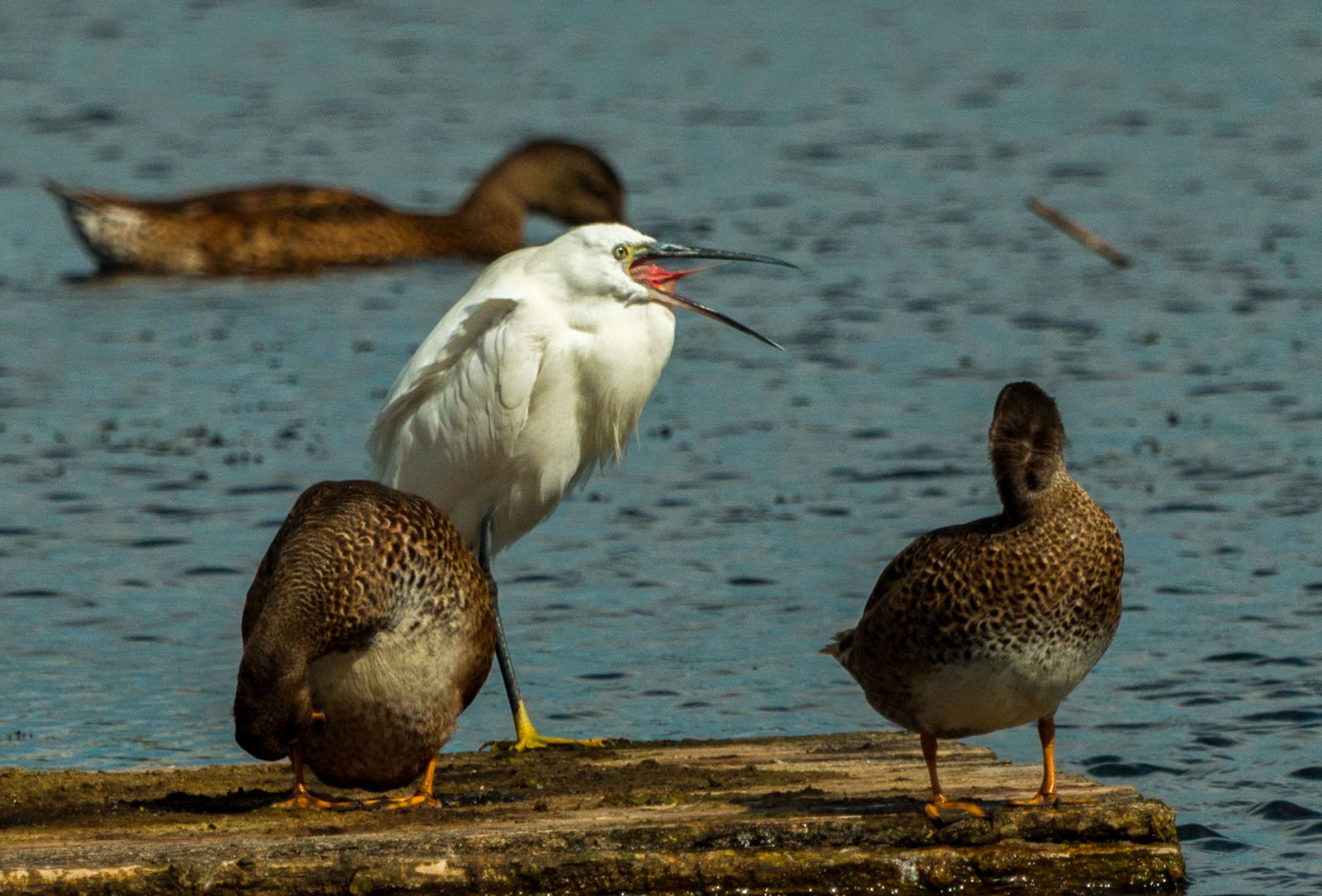 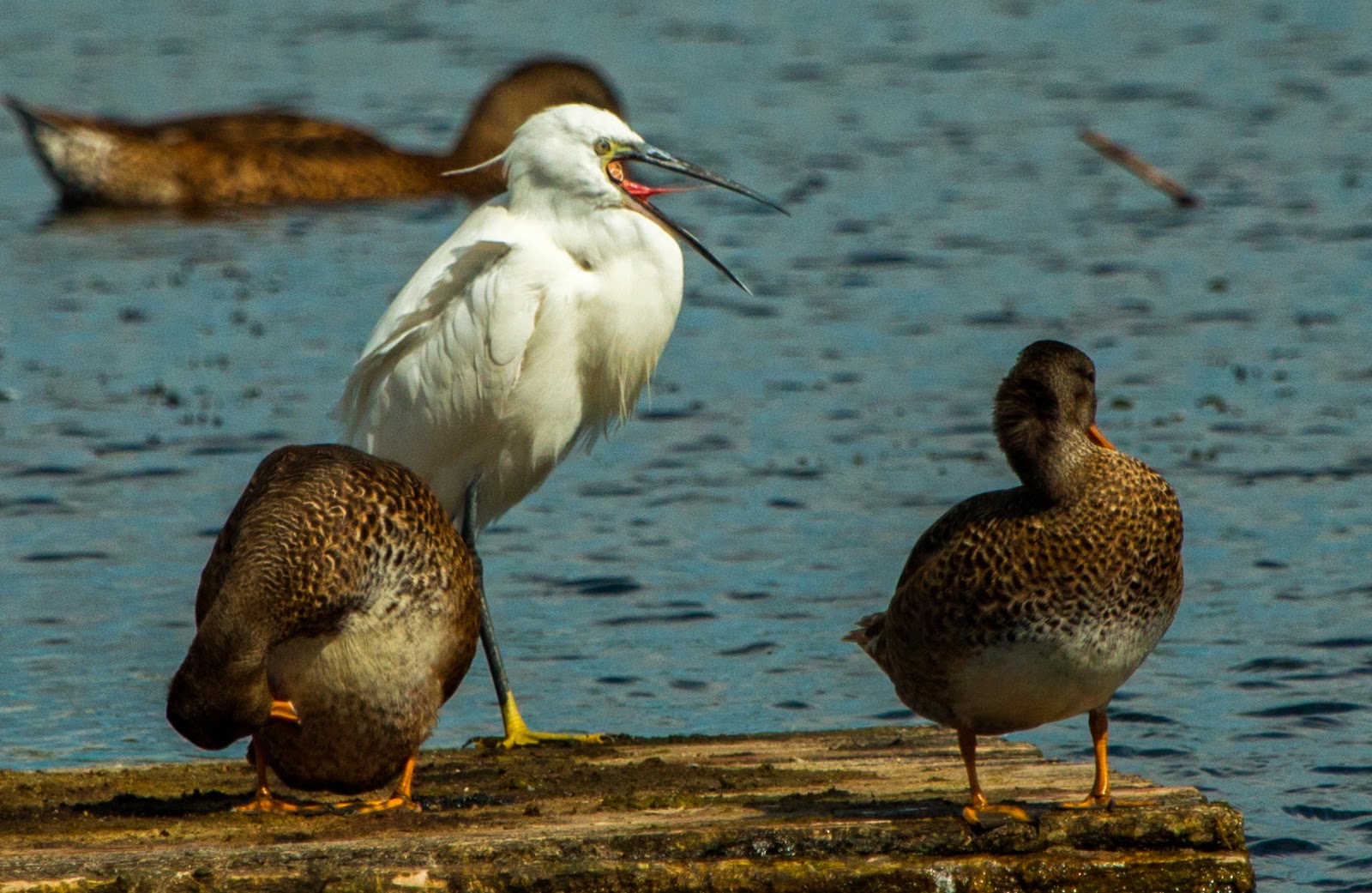 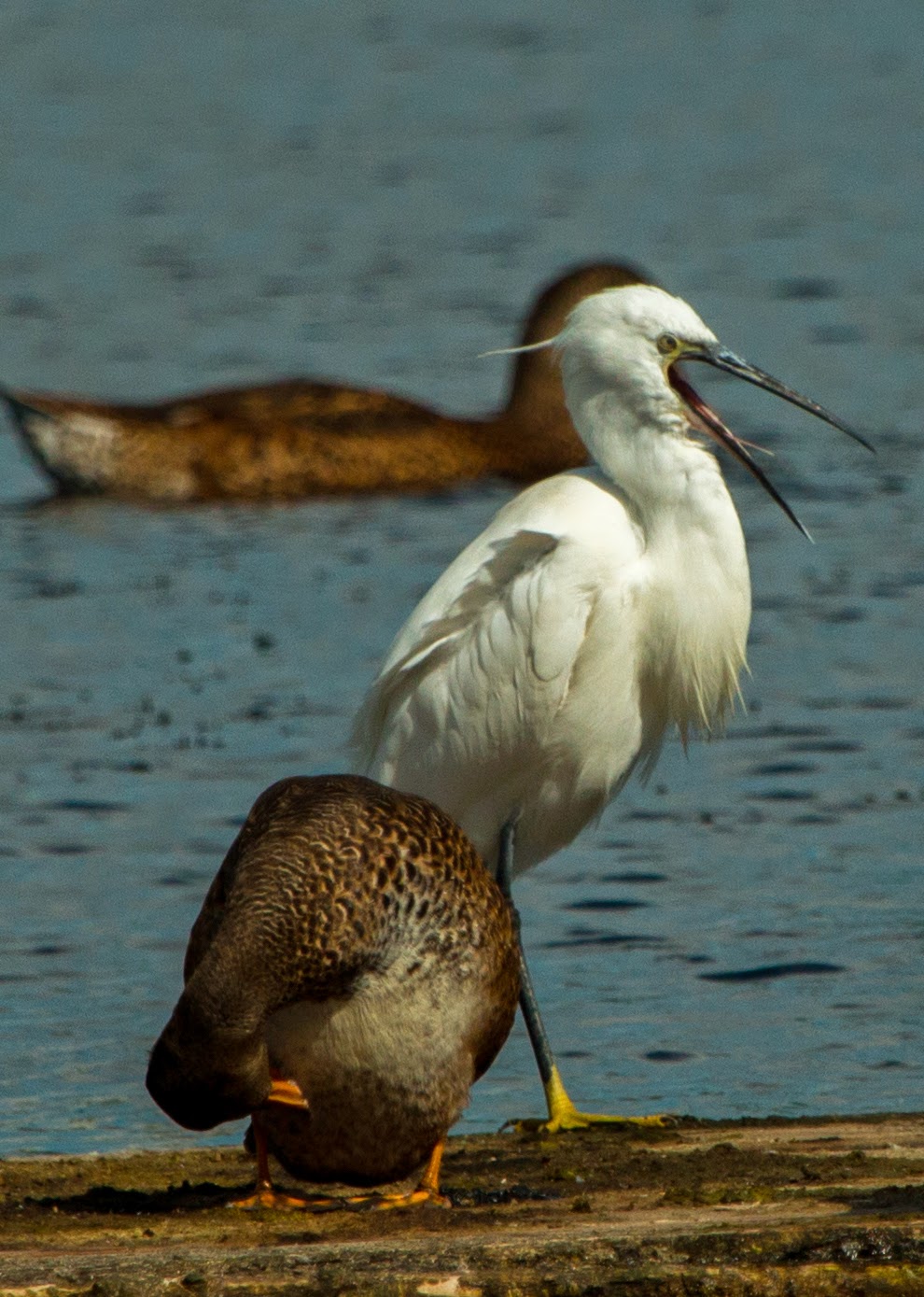 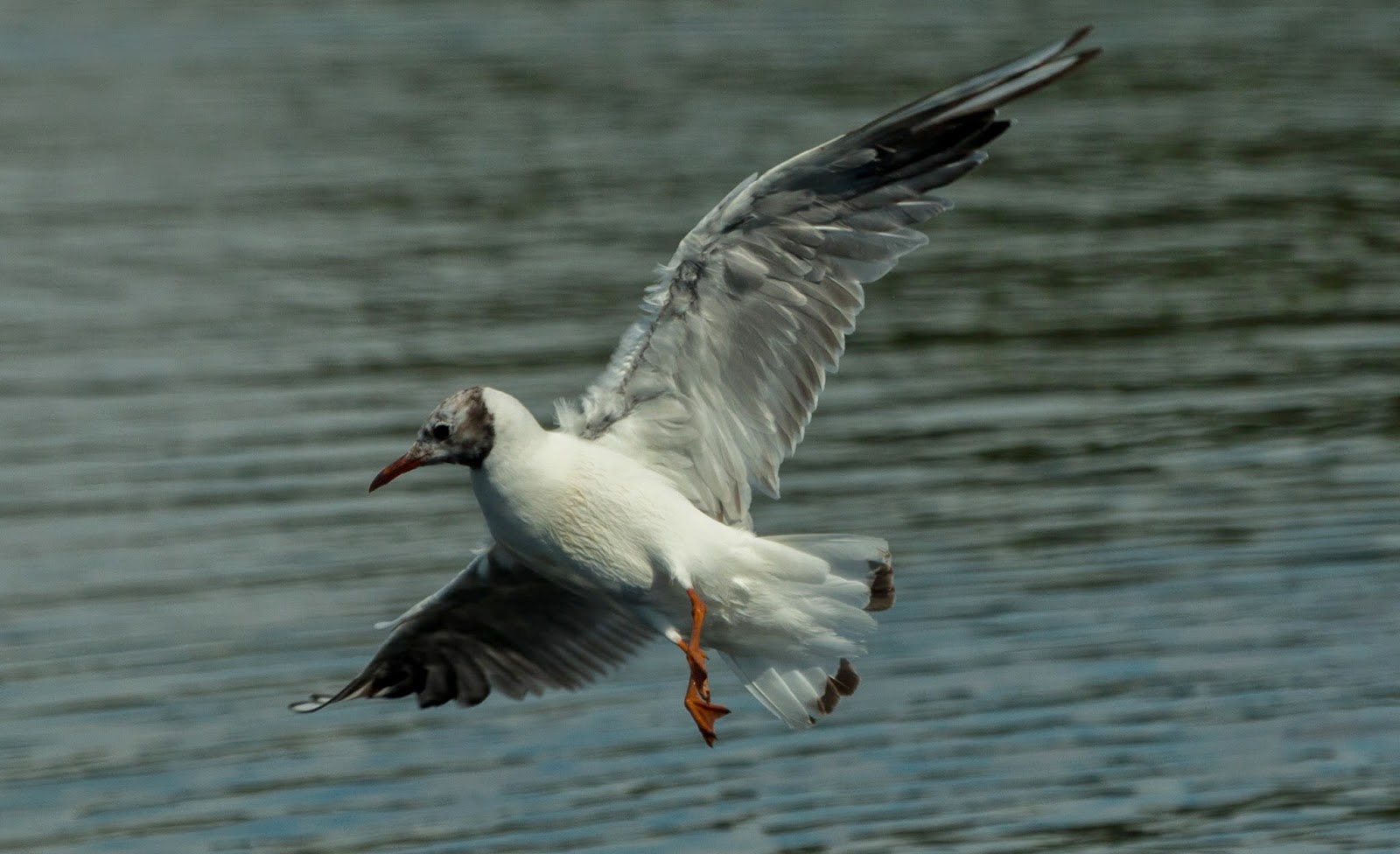 I was lucky with this one. 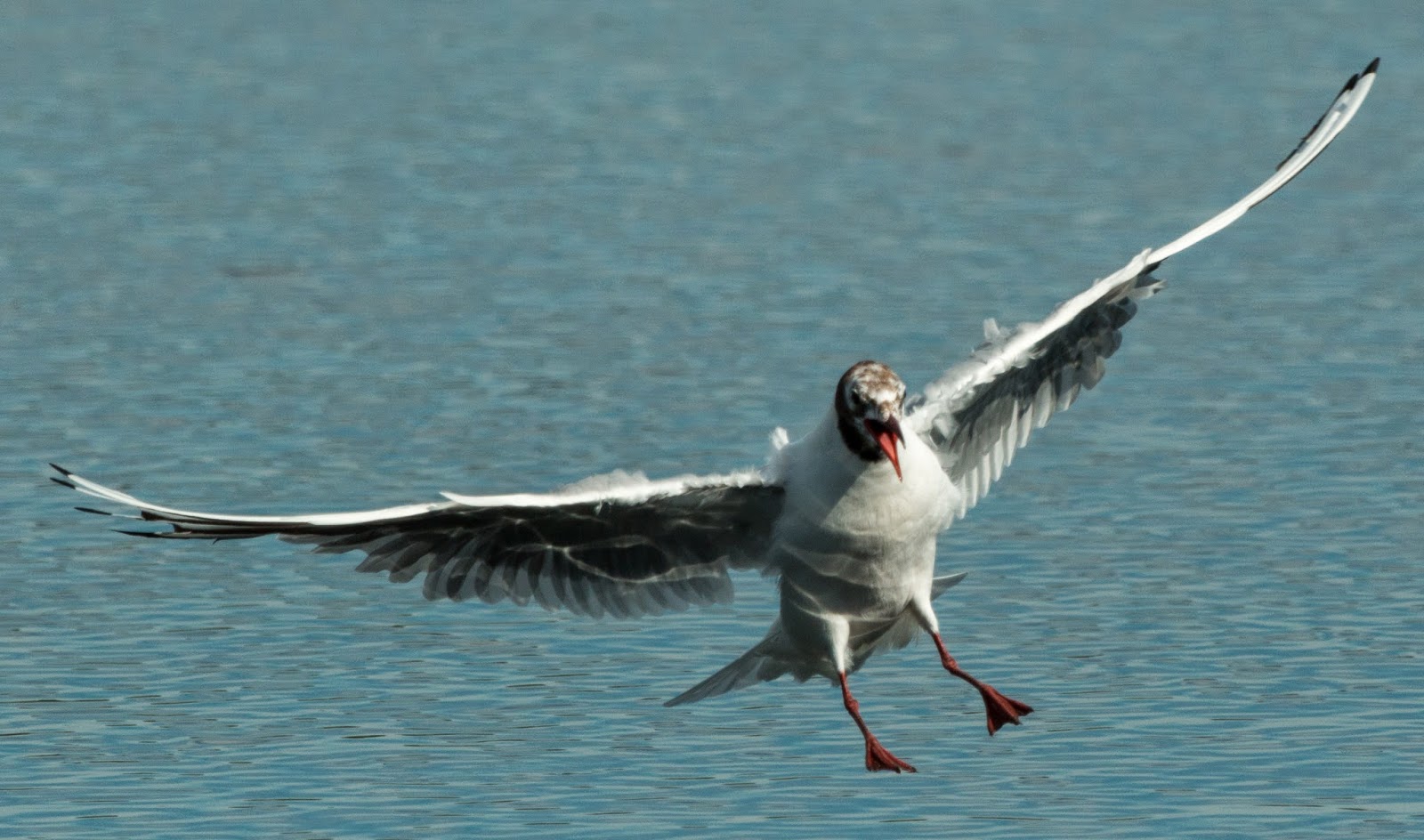 But to cap it all one of the nemesis's flew past. That pesky Hen Harrier. Yet again I just stared at it as it silently flew right in front of me, low and but 20 feet away. I managed to shake myself out of the stupor but it was too late. it had gone. 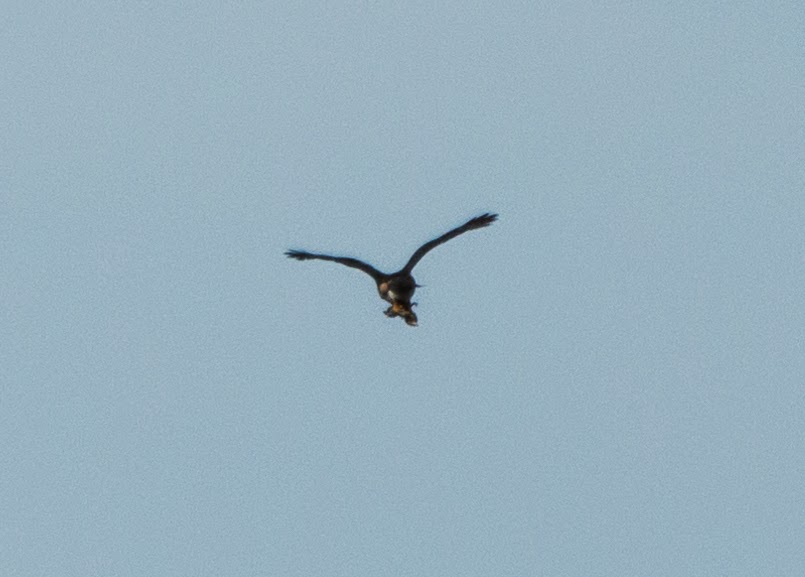 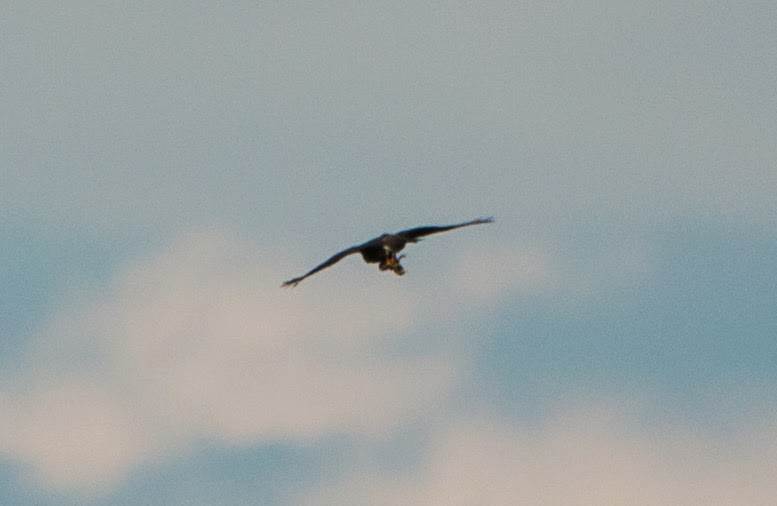 So Ive finally got one of my nemesis's Not a bad day after all. Egrets tongues and all.

* Of course its a Sparrow Hawk. I knew that! I seem to suffer from a peculiar affliction. I call it Birding  Tourettes or should that be Birding Dyslexia. I am prone to blurting out a random bird name instead of the actual name I intended. The first time this happened I was amongst some learned birders when I spotted far off in the distance a bird perched on a branch. I asked if that was a 'Moorhen' when I meant to say 'Marsh Harrier'. It was actually a Cormorant. I kept quiet after that. Cuckoo's are often Woodpeckers and vica versa. The latest and most worrying blurt occurred a few weeks ago when I pointed to the sky and declared a bird to be a Hedgehog!! Yes this is very sadly true. James did crack up with laughter. This is probably not a very good trait in a birder who publishes his findings on a blog for all the world to see so your patience and sympathy is appreciated. My thanks to Nick P Williams for pointing out this honest mistake. Your very welcome to keep on proof reading Nick :¬D