A proper winter's day.  Frost on the ground, sun in the sky and me trying to find my gloves.  Thats what its all about.

I had a couple of hours spare so decided to head over to Greylake.  A lot of other people had the same idea...

Had I been a duck looking at the hide I would have been a bit worried.  It must have resembled the front end of a battle ship with a multitude of heavy barrels sticking out the front firing away at anything that moved.


Nevertheless the scene was something of a winter wonderland.  Ducks everywhere with the odd Peregrine loitering on a far off fence post.  Not to mention a Snipe or two probing about for whatever critters live in the mud.

There was a problem though.  Everything was asleep or nearly asleep.  Sitting about like everyone does on Christmas day.  It took ages but eventually something did fly by which scared everybody. 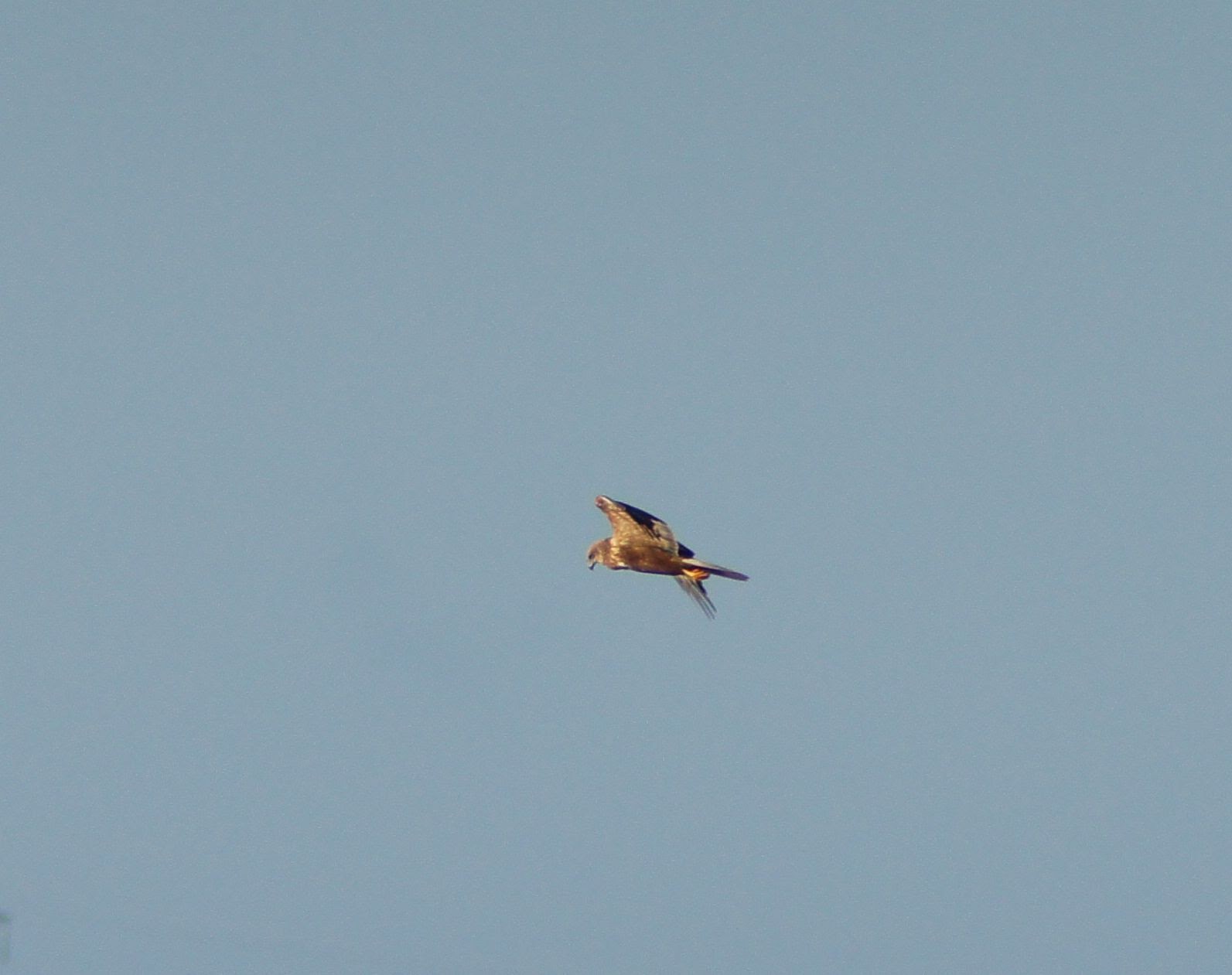 Unfortunately it flew off in the wrong direction, and wasn't  interested in lunch
(not that they seem to catch anything anyway)

Still it did activate the sitting ducks a bit.  They flew about and then started feeding and being a bit more interesting. 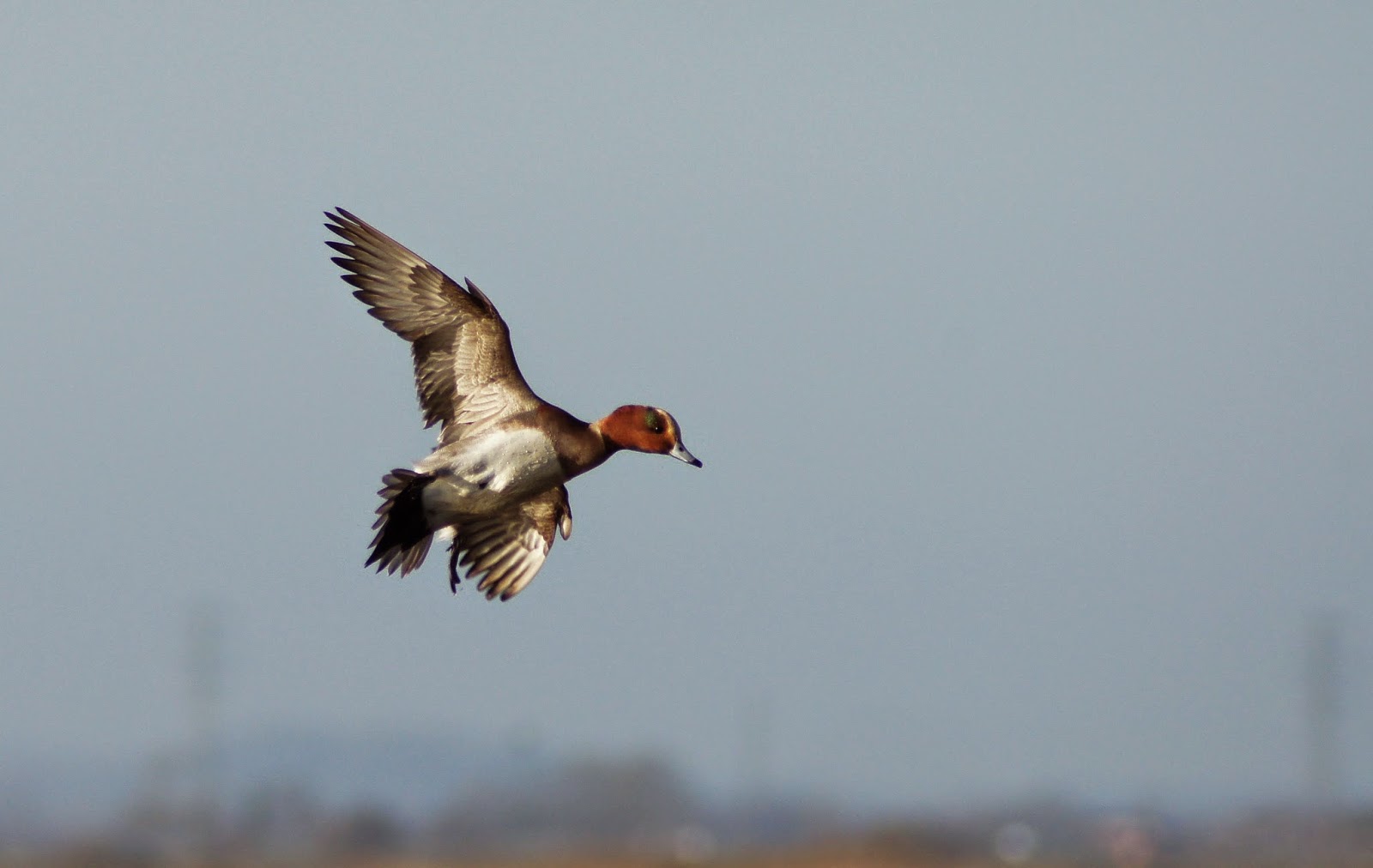 Widgeon slightly panicked (pleased with that one) 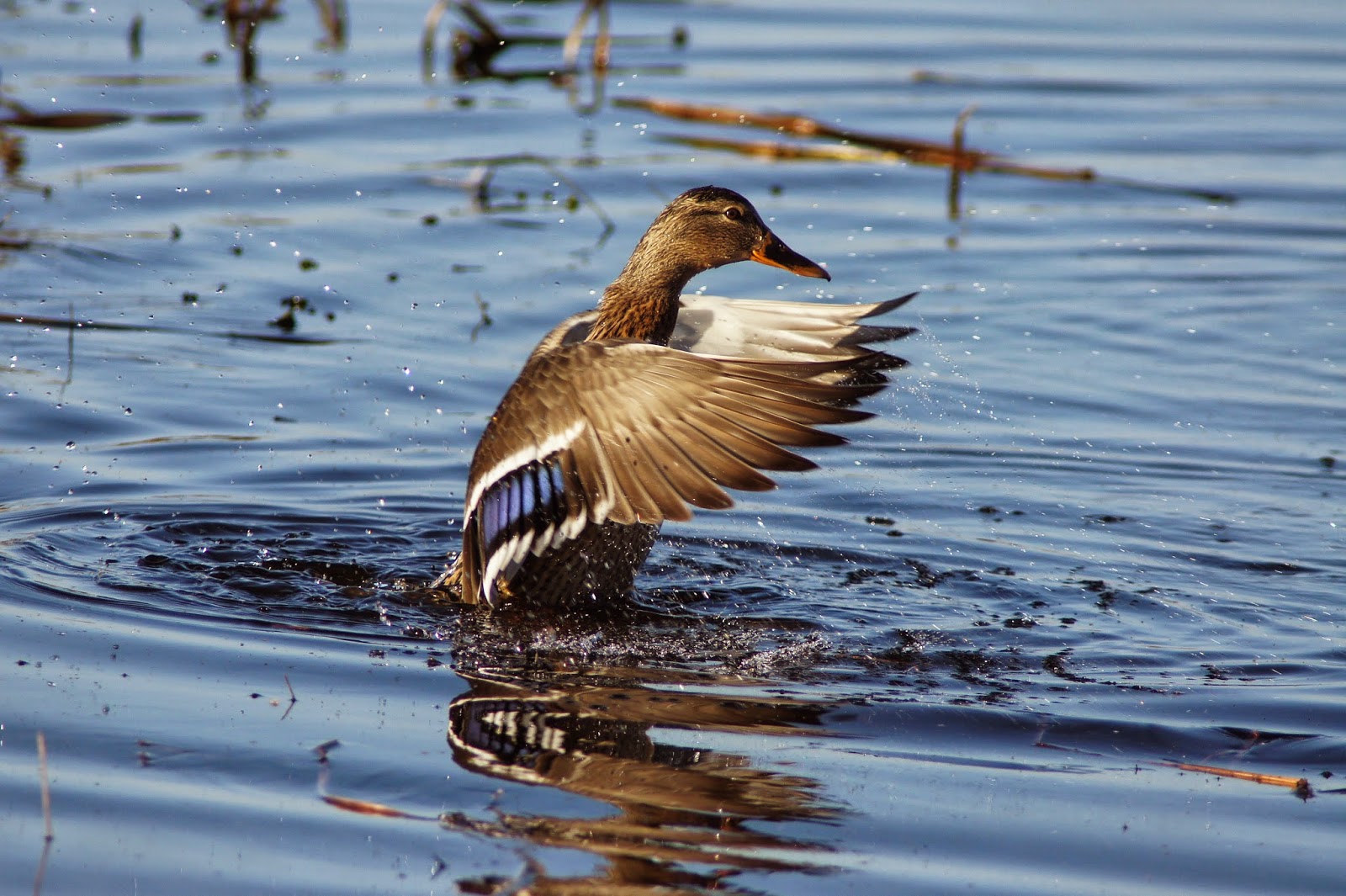 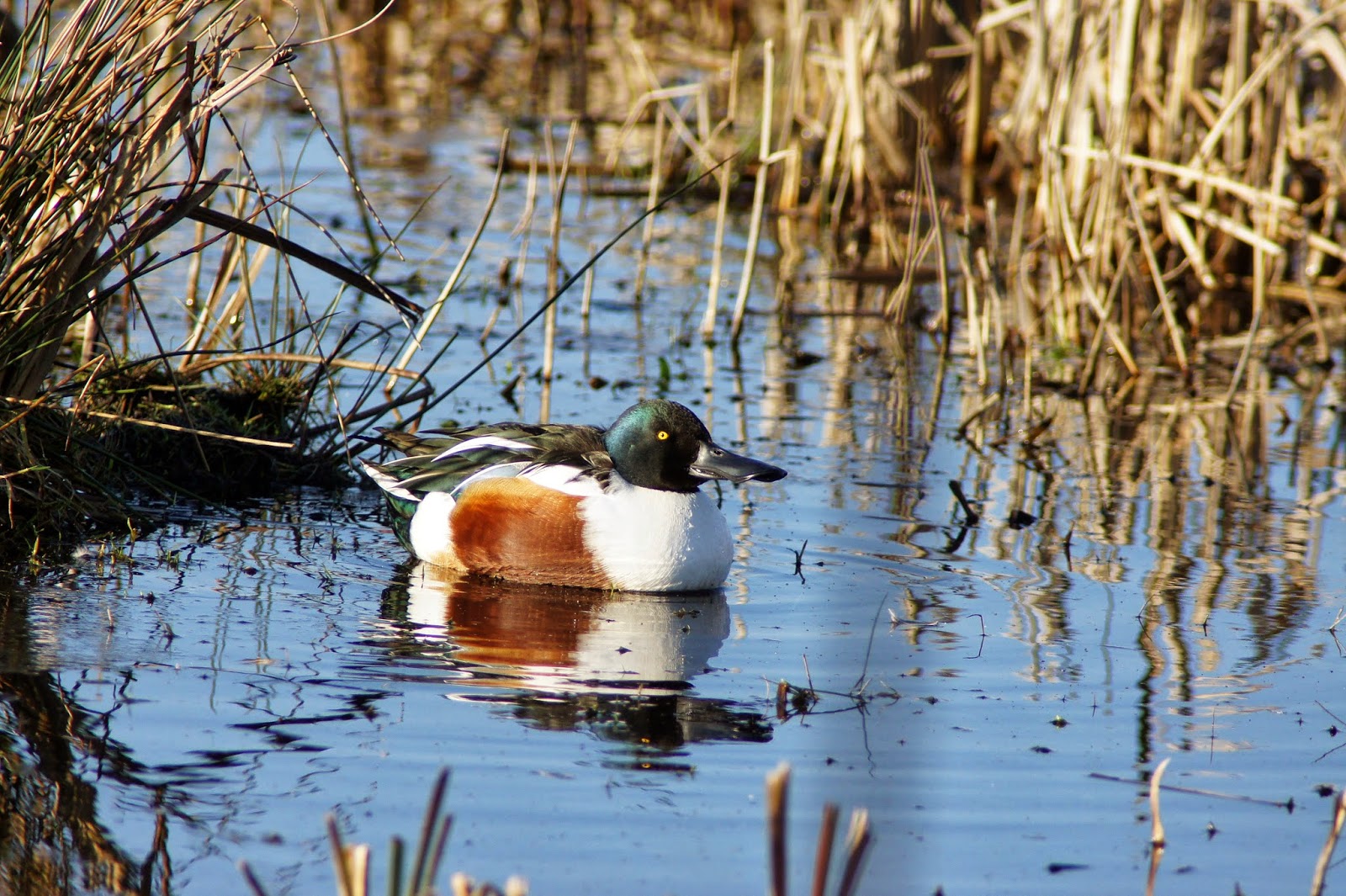 Shoveler looking smart in the sunshine 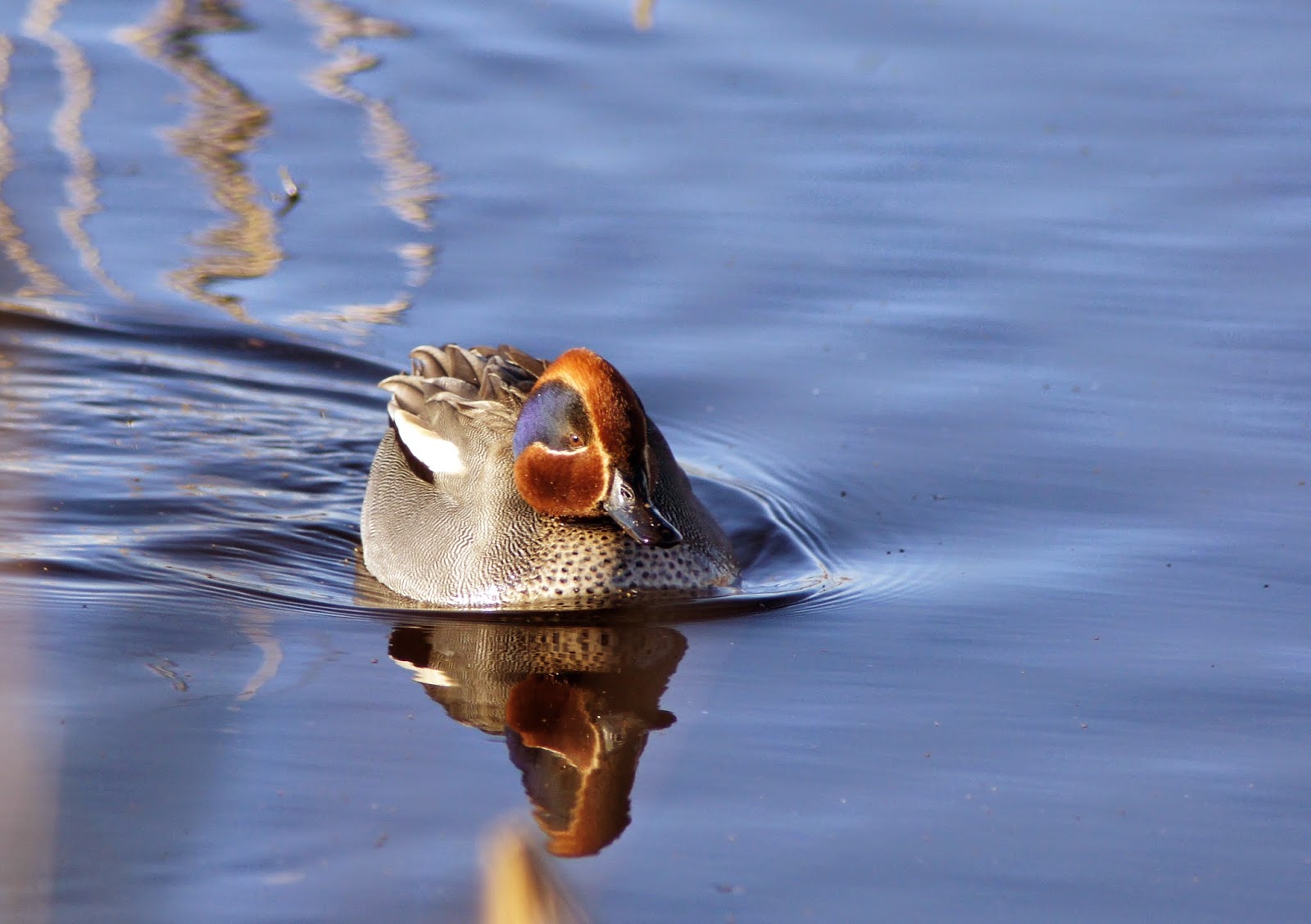 My personal favourite duck the Teal 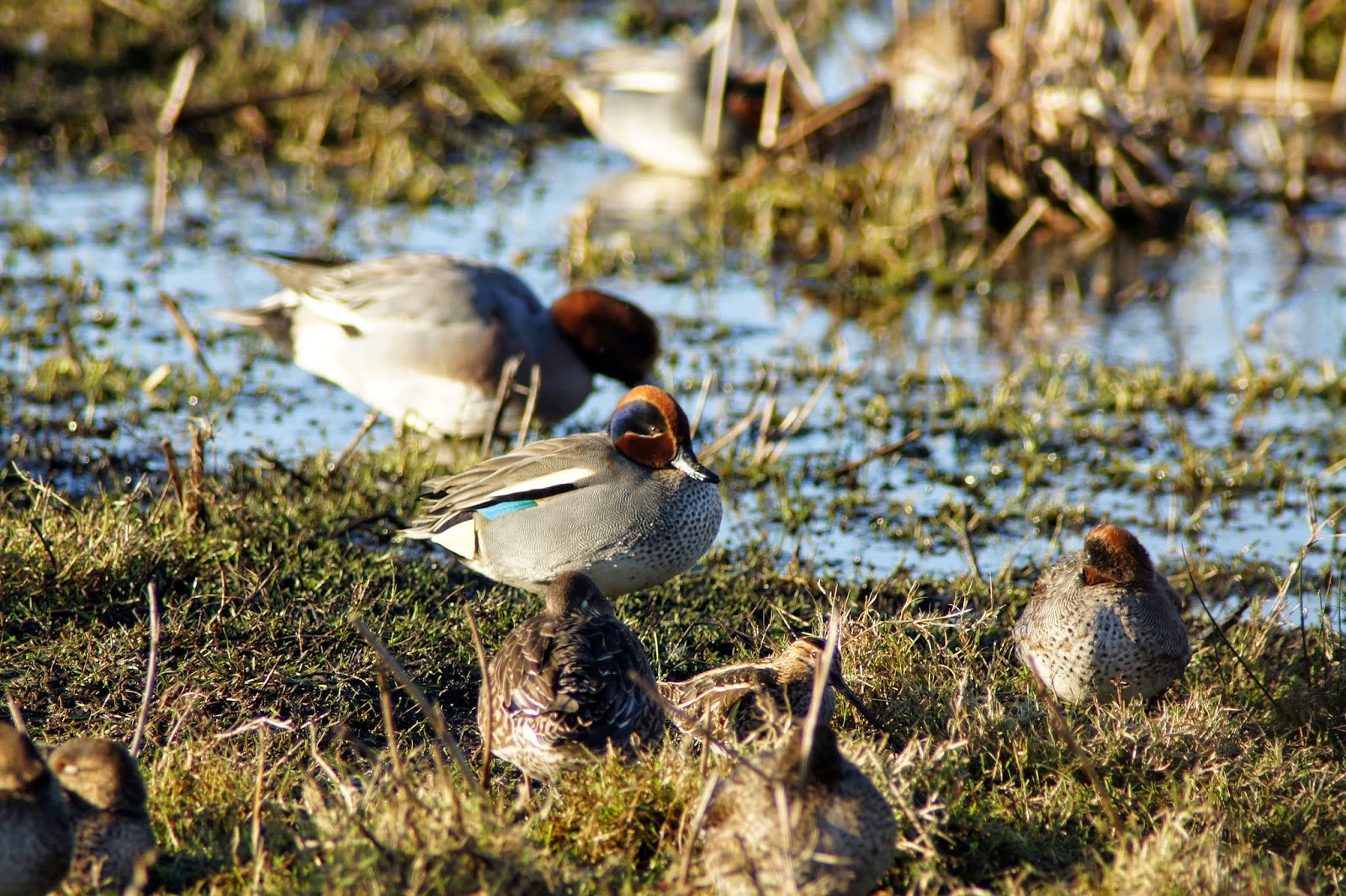 and another one... just because.

In amongst the ducks there were a few Snipe skittering about.  They are really nice up close and Greylake is the place if you want to see then in detail.  I got a couple of half alright pics but nothing to special.  Still you get the idea. 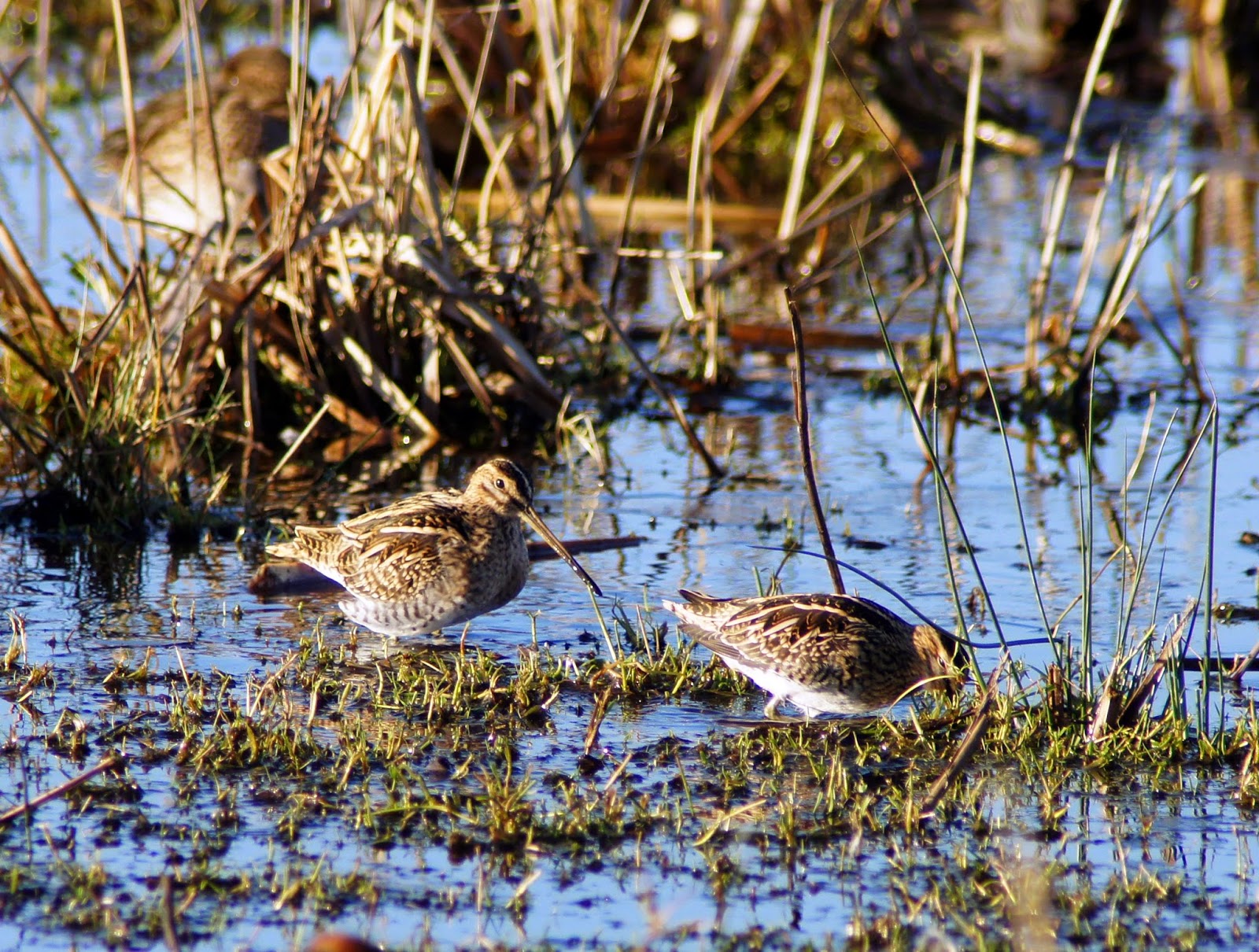 By this point I was absolutely frozen.  the wind really does blow through the hide (and I hadn't found my gloves).  So I fled back to the car and took some photos in the car park from the comfort of the car :-) 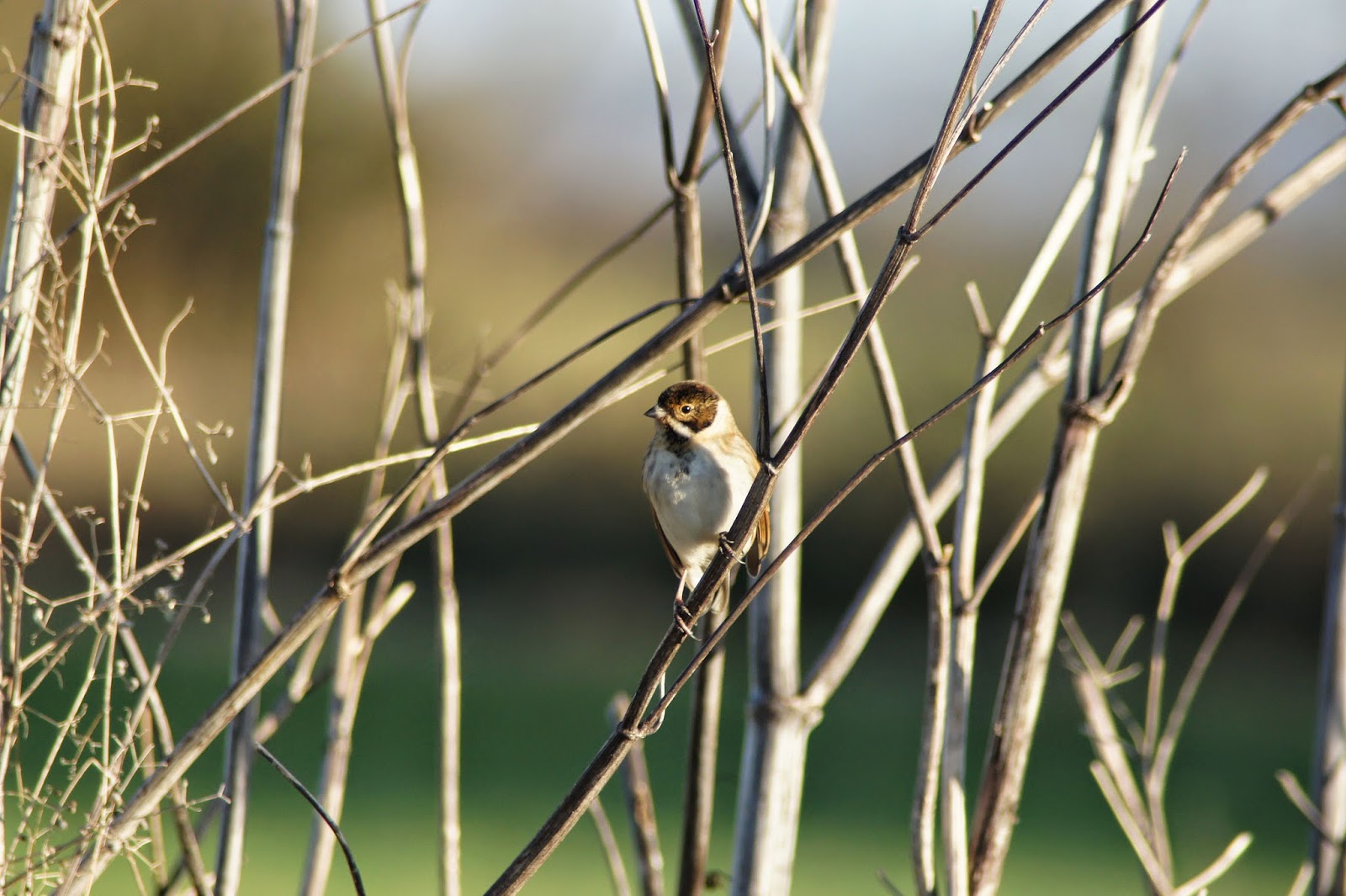 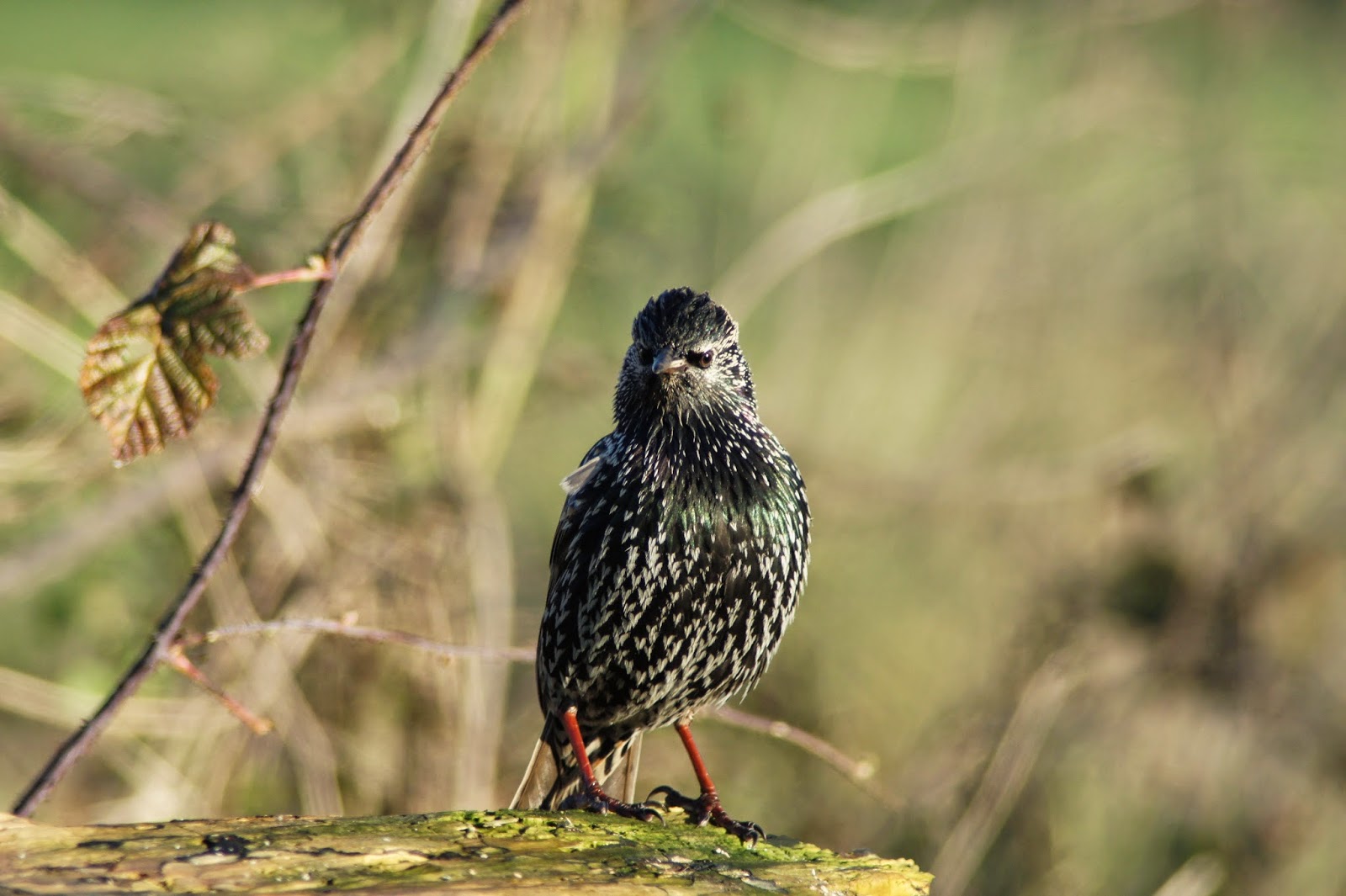