and on a positive note

I was a bit disappointed with my negative attitude on the 'Slim Pickins' post so heres the antidote. Today was supposed to be an outing with Mr Riley but unfortunately he had to cancel. There are more important things in life. James was unable to escape so I had the privilege of my own company for the day. What could be better. There was a nice January breeze blowing in the dusky dull light with the occasional flashes of pale sunlight. Contrasts, it makes life so much more interesting. The added bonus was I was playing with the Shutter priority on my Canon 70D. I've always used Aperture Priority so today was going to be full of surprises and challenges.

Yes you've guest it I started out at VP2 - Ham Wall. All was quiet and today was going to be a study in the familiar. Those birds that, if you go there often, you tend to pass by.

The first of note were three Marsh Harriers off on the other side of the pond. Two females and a male. They were spending the day following and occasionally harrying a Buzzard that was just minding its own business. They never really got close, just shadowed it. 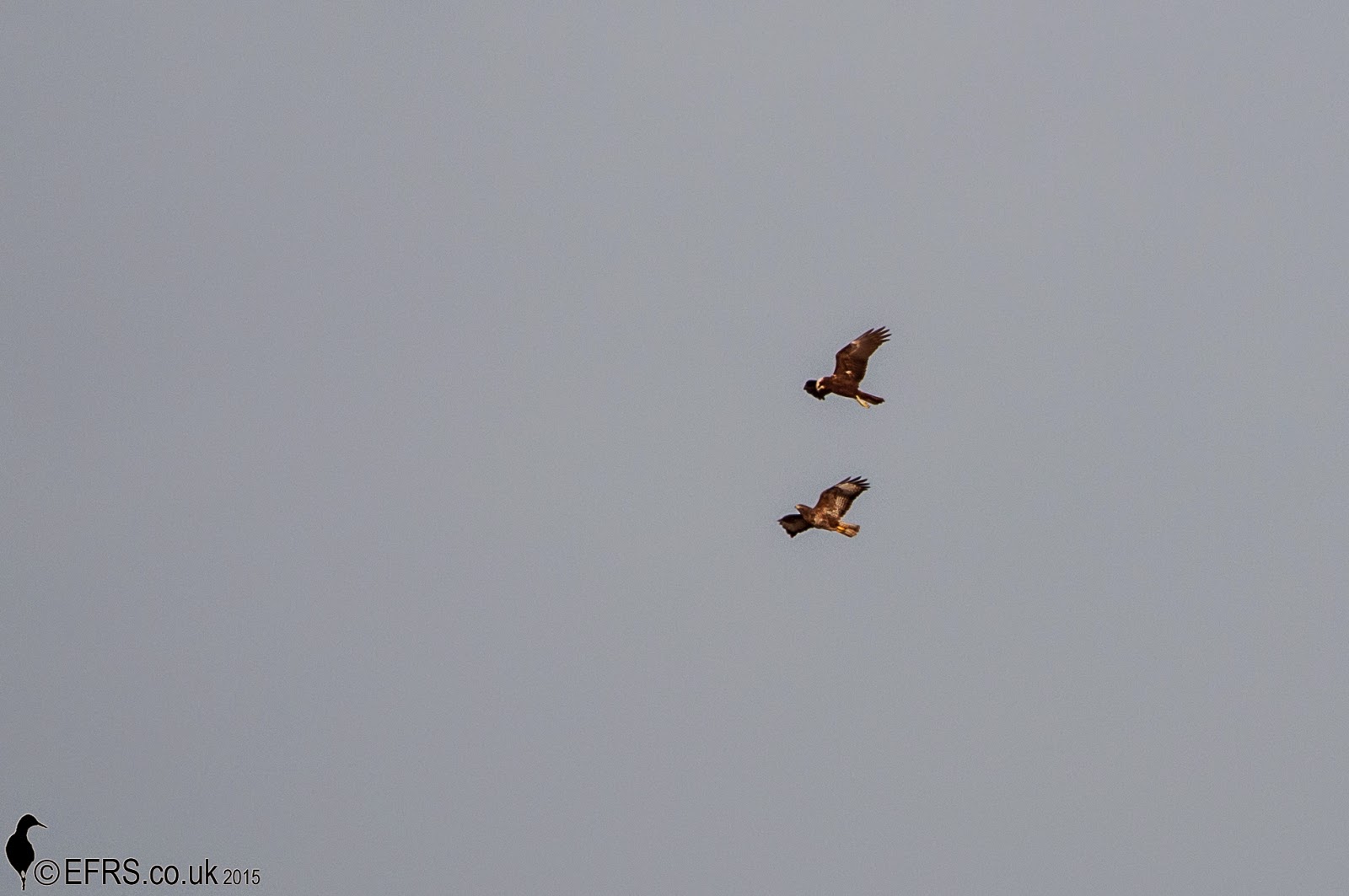 One day they will come a little closer and I'll get a really good shot of one of those beauties. Preferably a male. Beautiful bird but until then I'll settle for the enigma.

Another chap who made a few appearances was a Sparrow Hawk. Not sure if it was a single or multiple birds but all through the day one made an fly by. Sometimes the ducks and Lapwings would go up, sometimes they wouldn't. 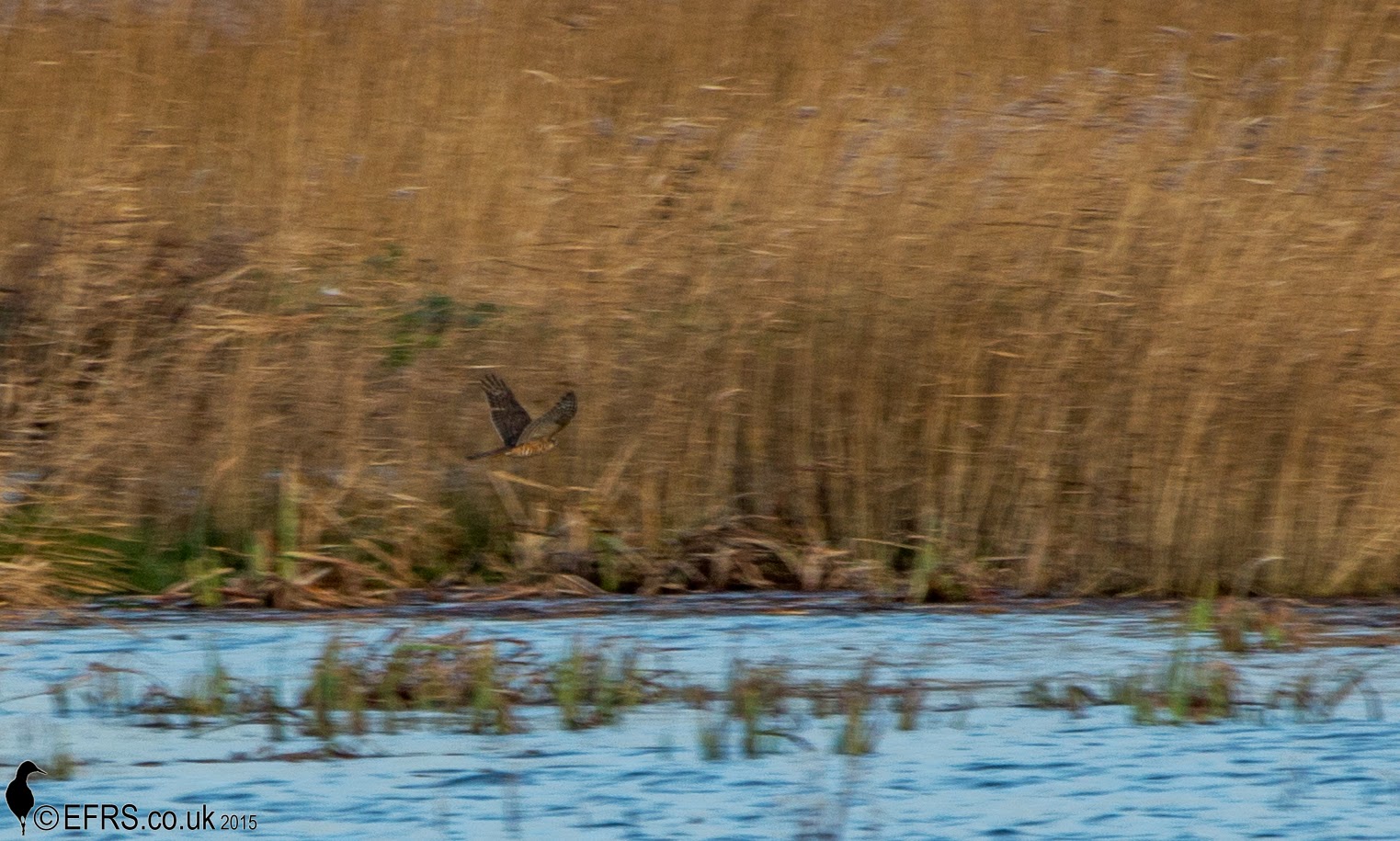 Terrible shot but the best I could manage

Onwards and upwards to the Mear Hide. Funny one this, its more than often very quiet with next to nothing on it but can turn up some real gems. They have opened the reeds up so there is more to see these days. The gems today were two of the icons of Shapwick. The Great White and the Little Egret. Both were nicely posed for me with a small eclectic mix of ducks for company. 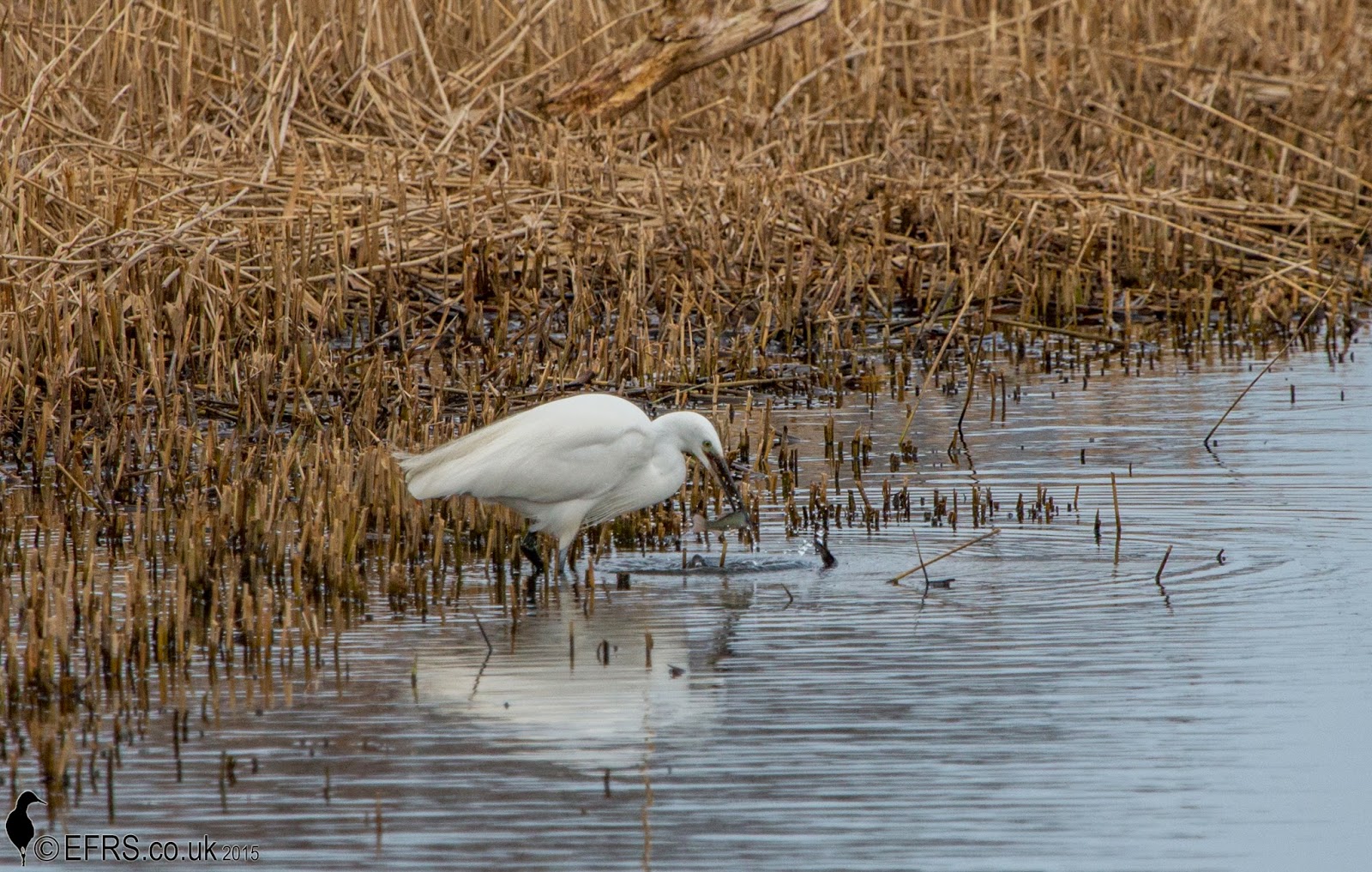 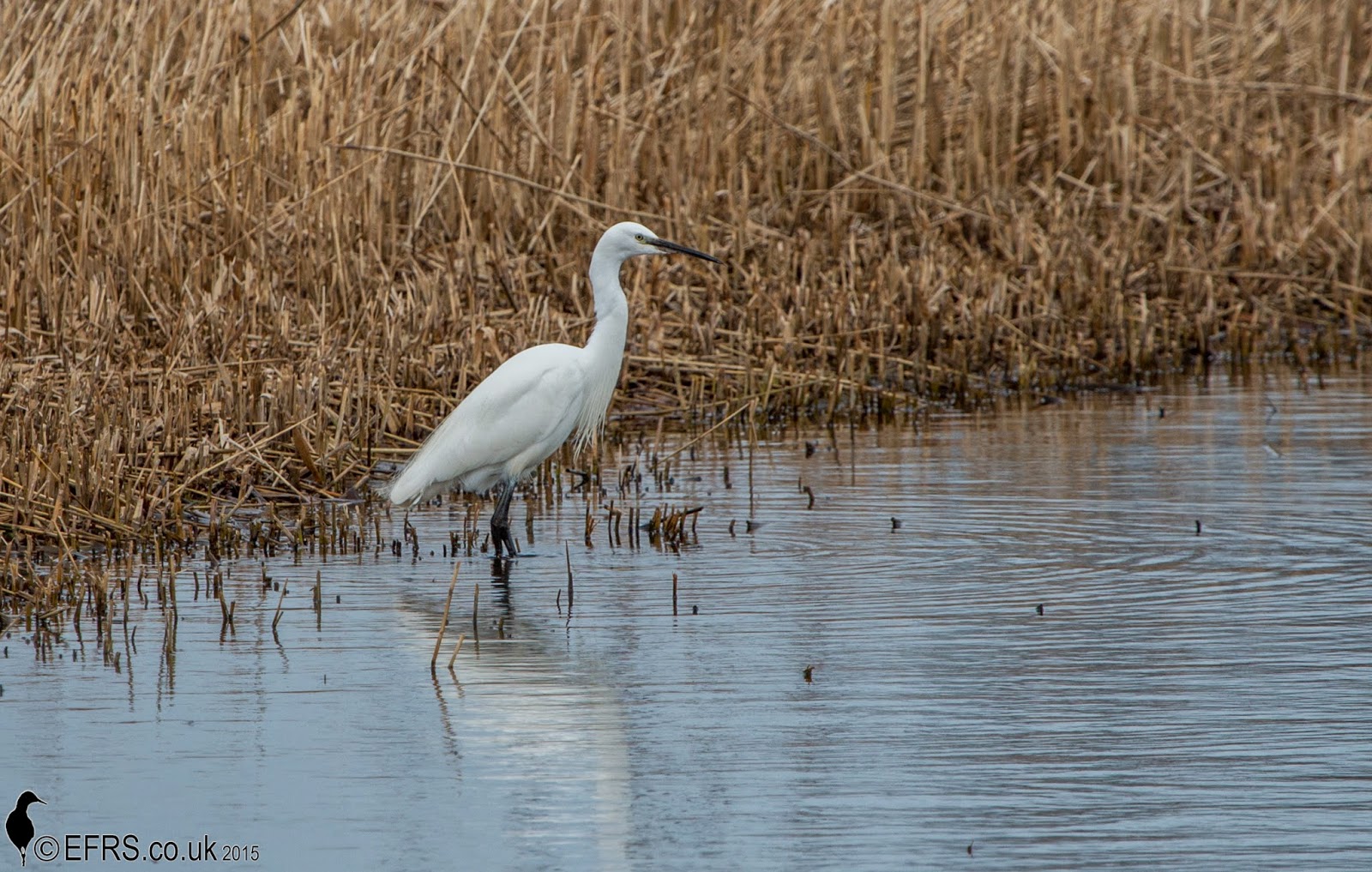 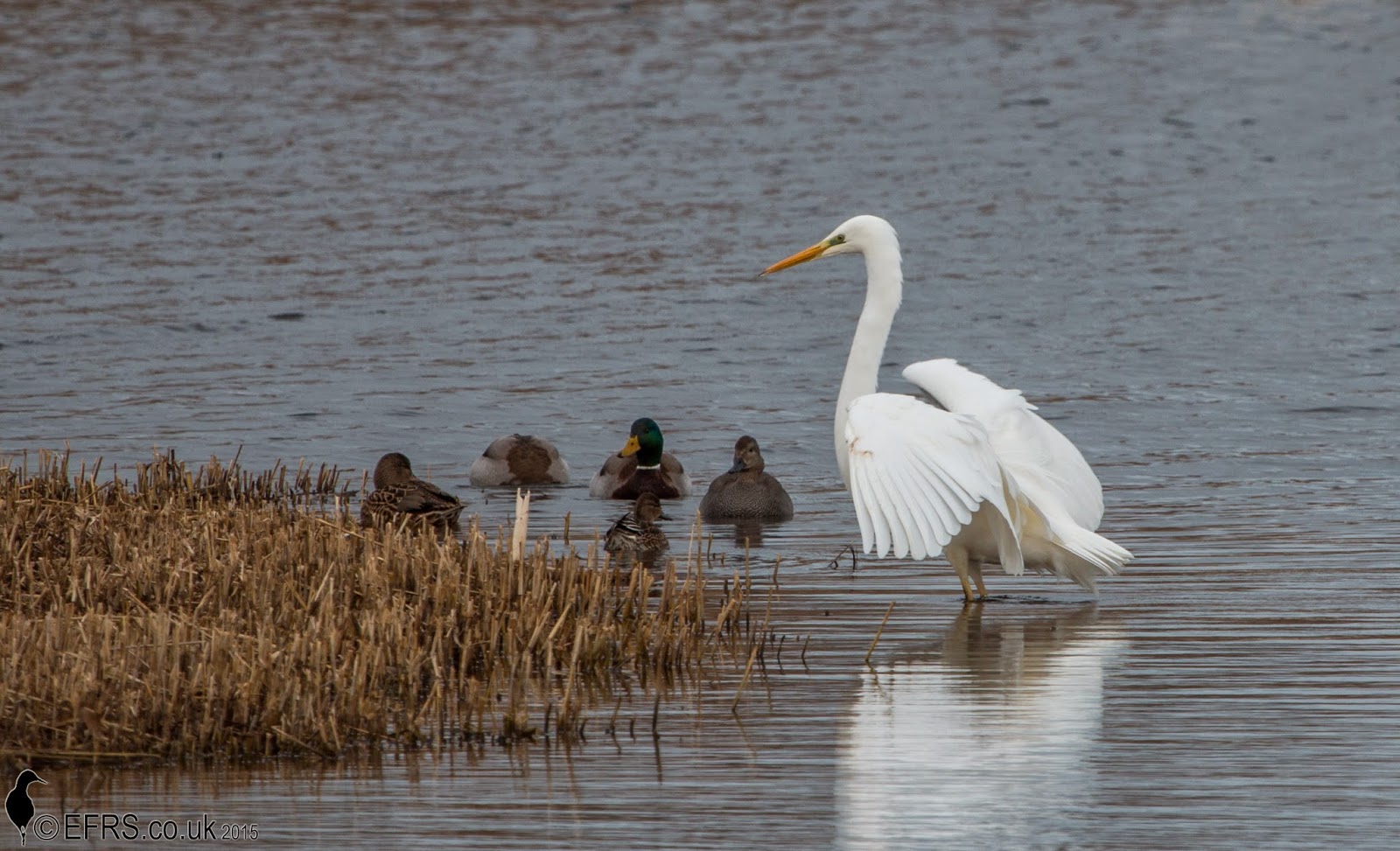 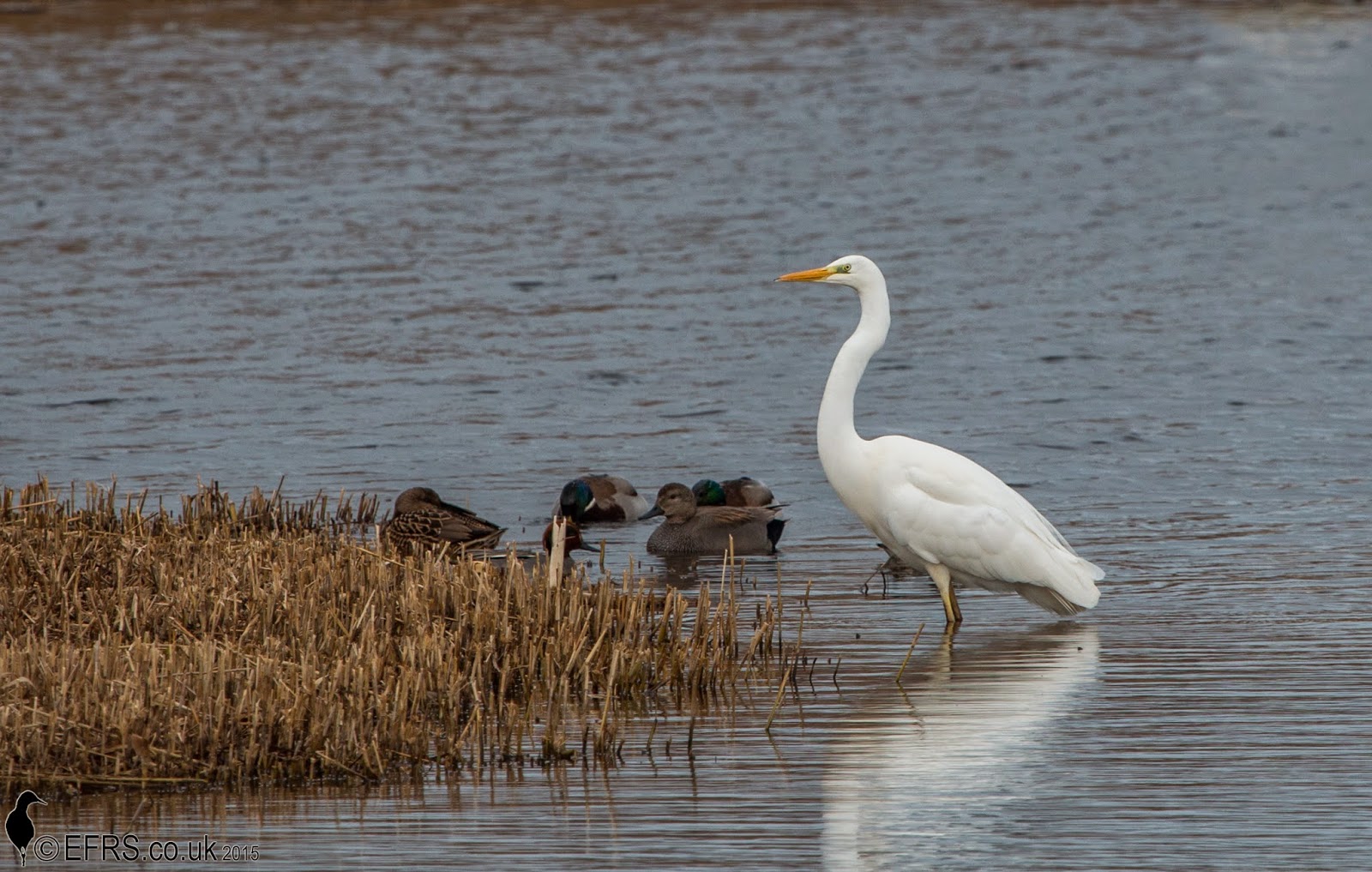 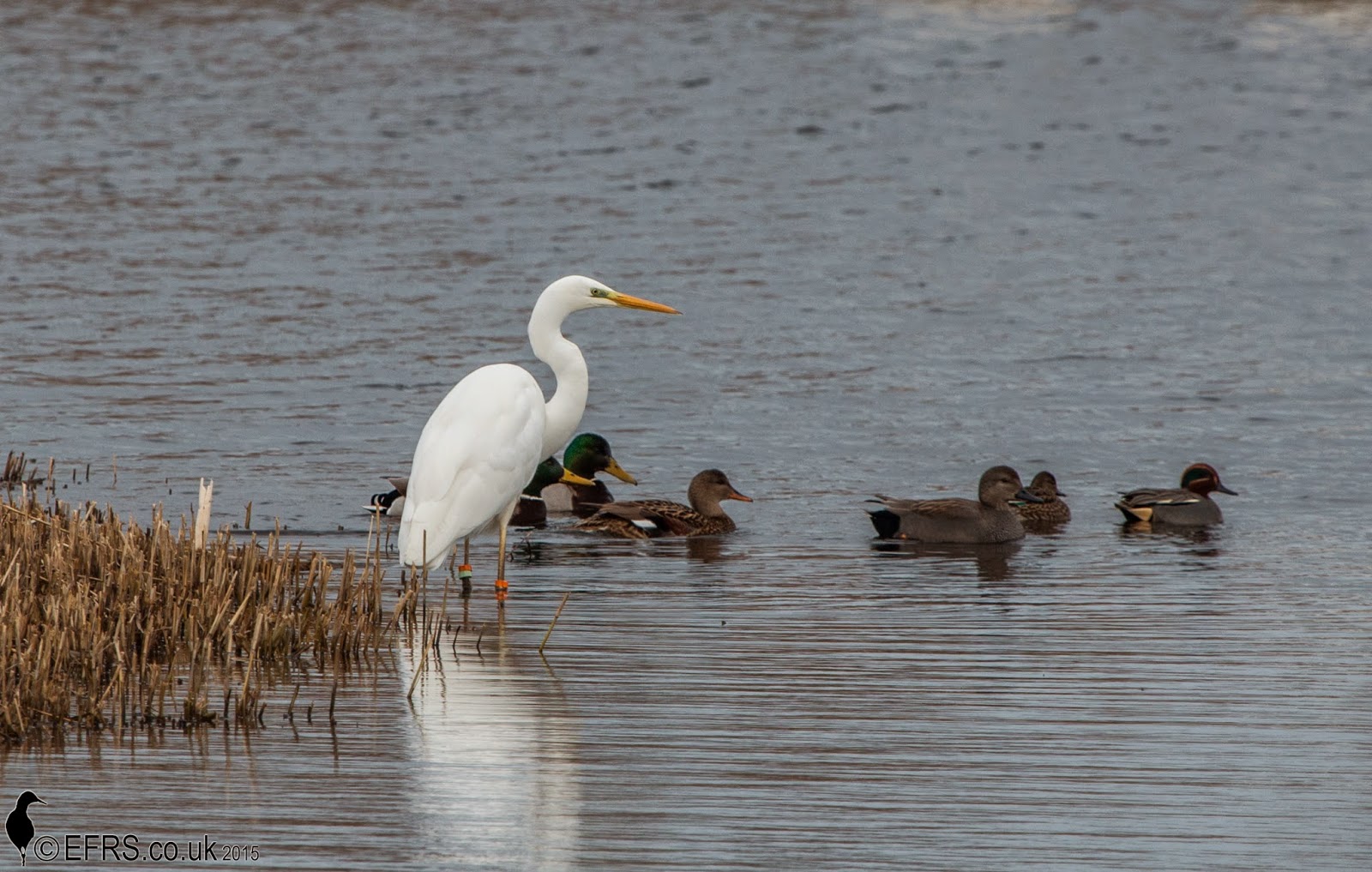 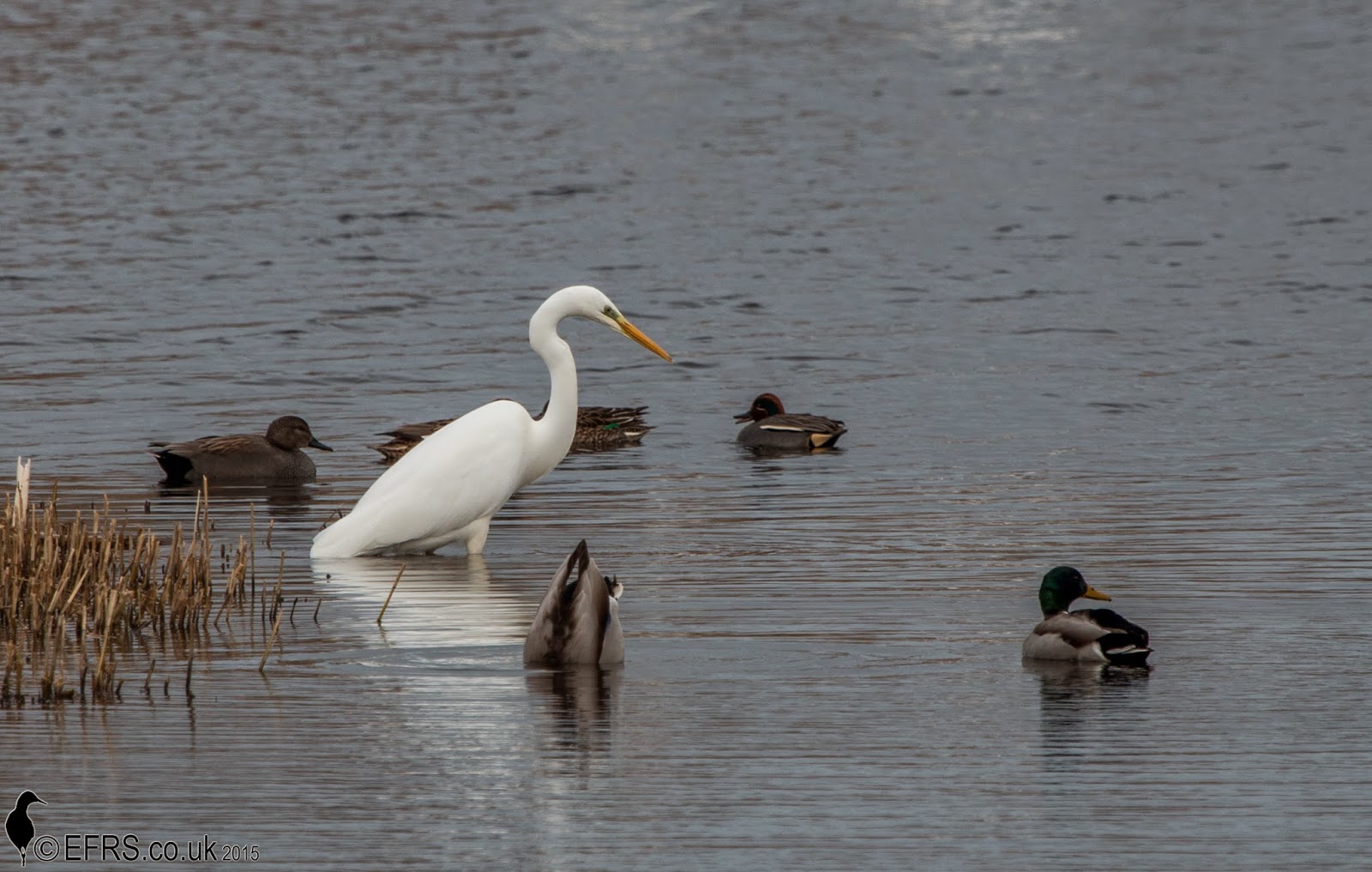 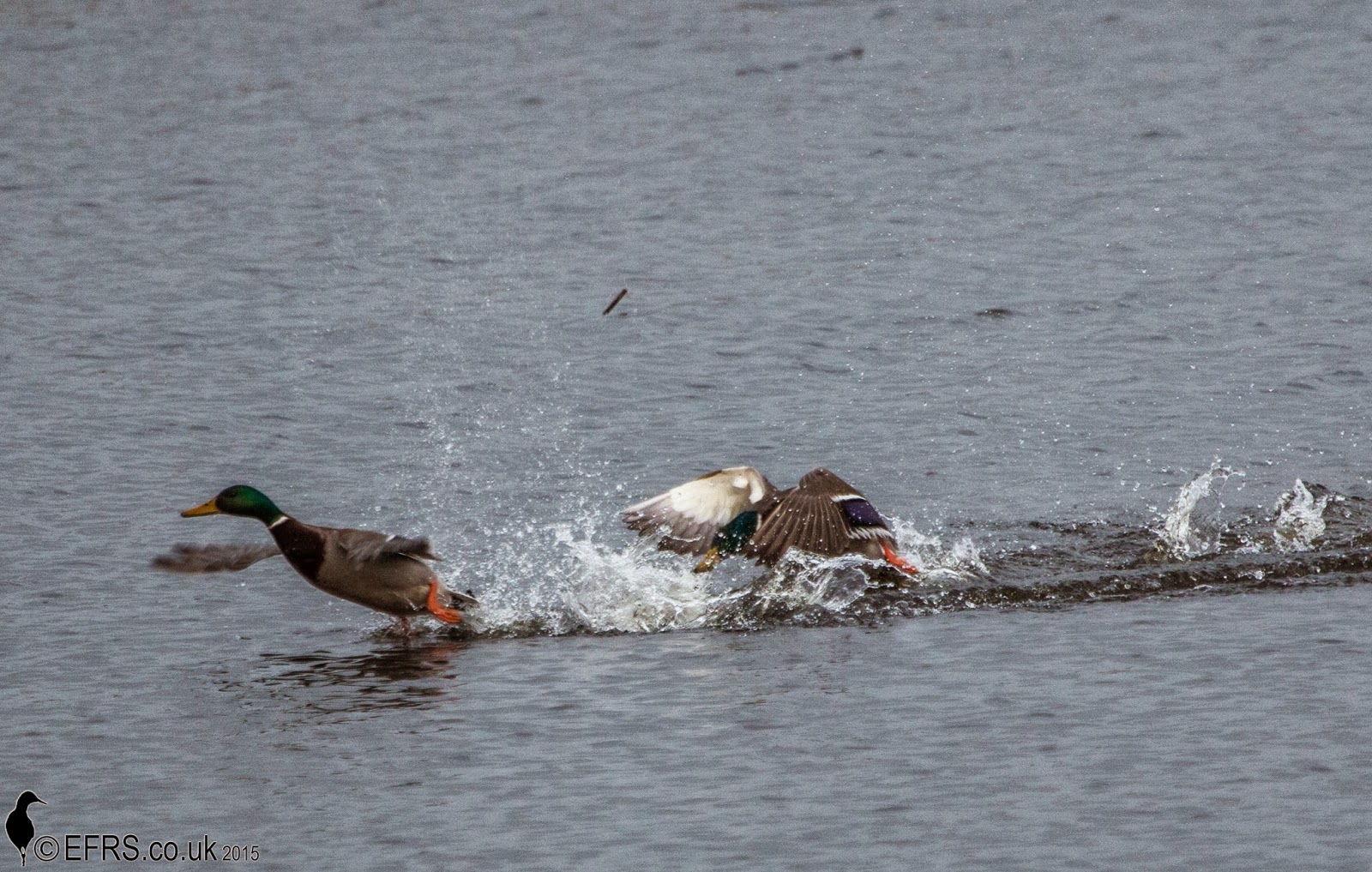 Male Mallards having a spat

Can I just add one negative. Hides and in particularly screens. Why oh why oh why are the viewing holes so low? This seems to be everywhere. Obviously put them at various heights so we can all see but they never have high ones. I'm not overly tall, just six foot, but I have to constantly bend down everywhere to see out. Just an observation.

So back on track and after a fortification of hot chocolate at Eco friendly bits I was back on my way to VP2. On the way I managed some other beauties. 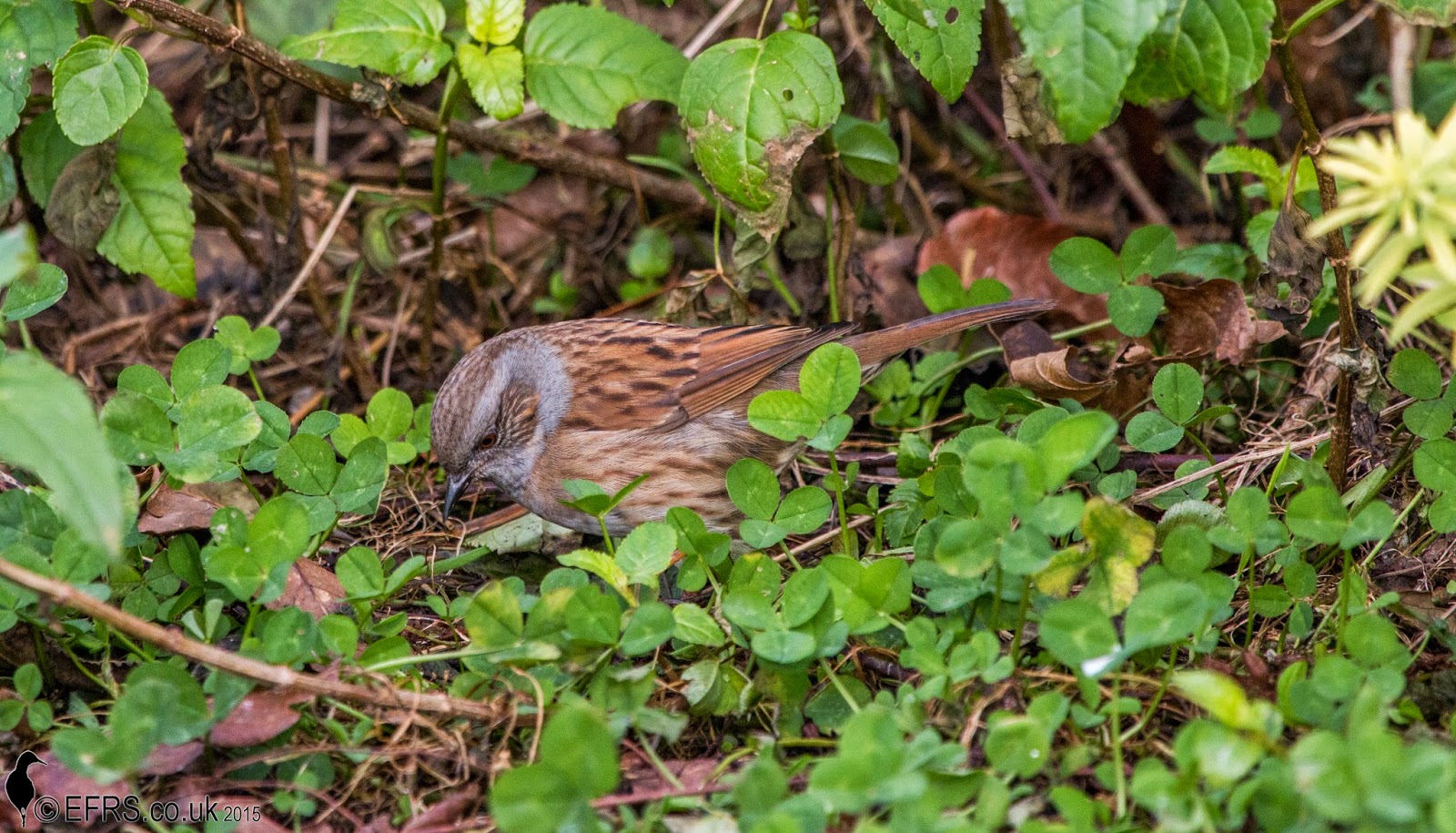 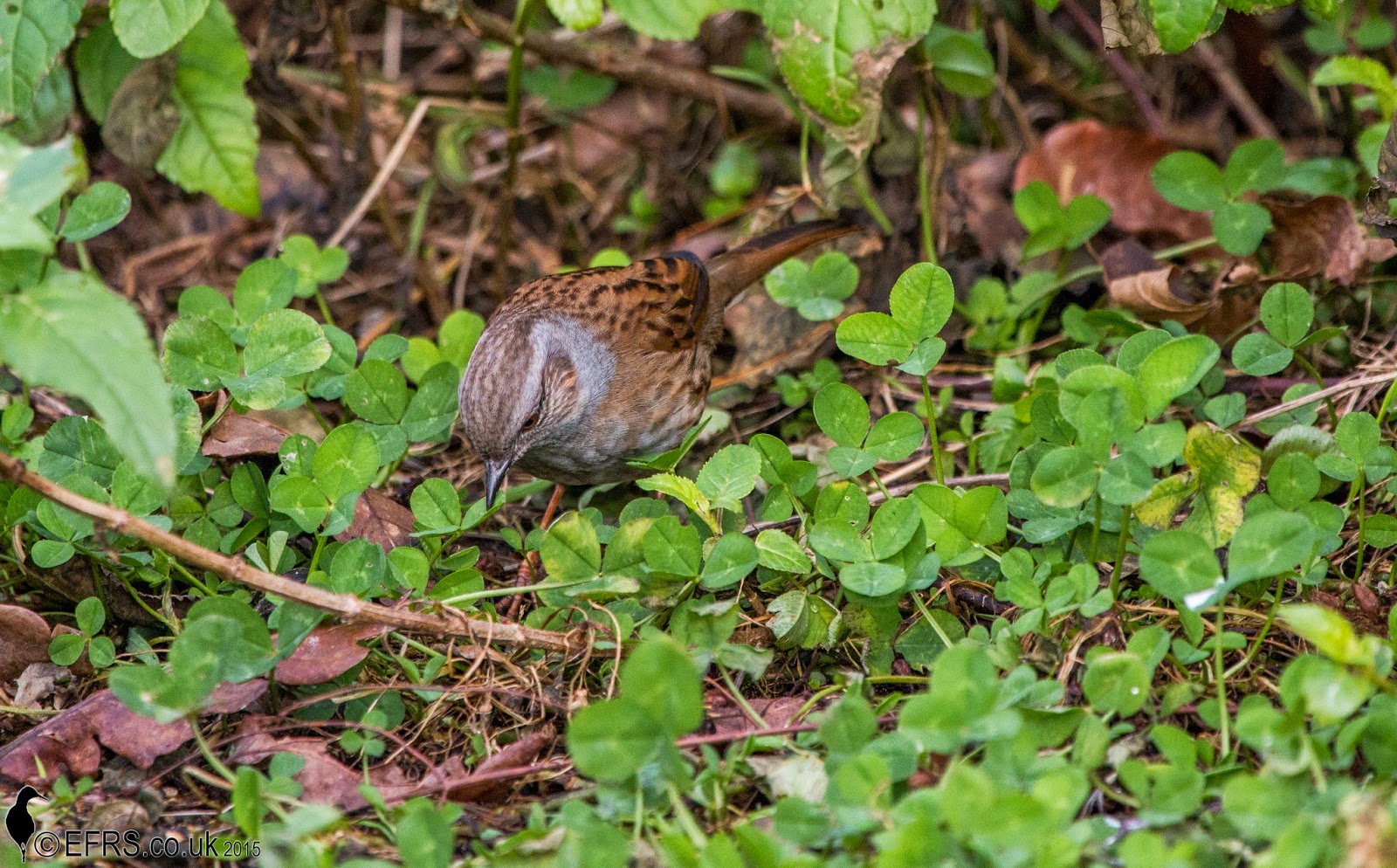 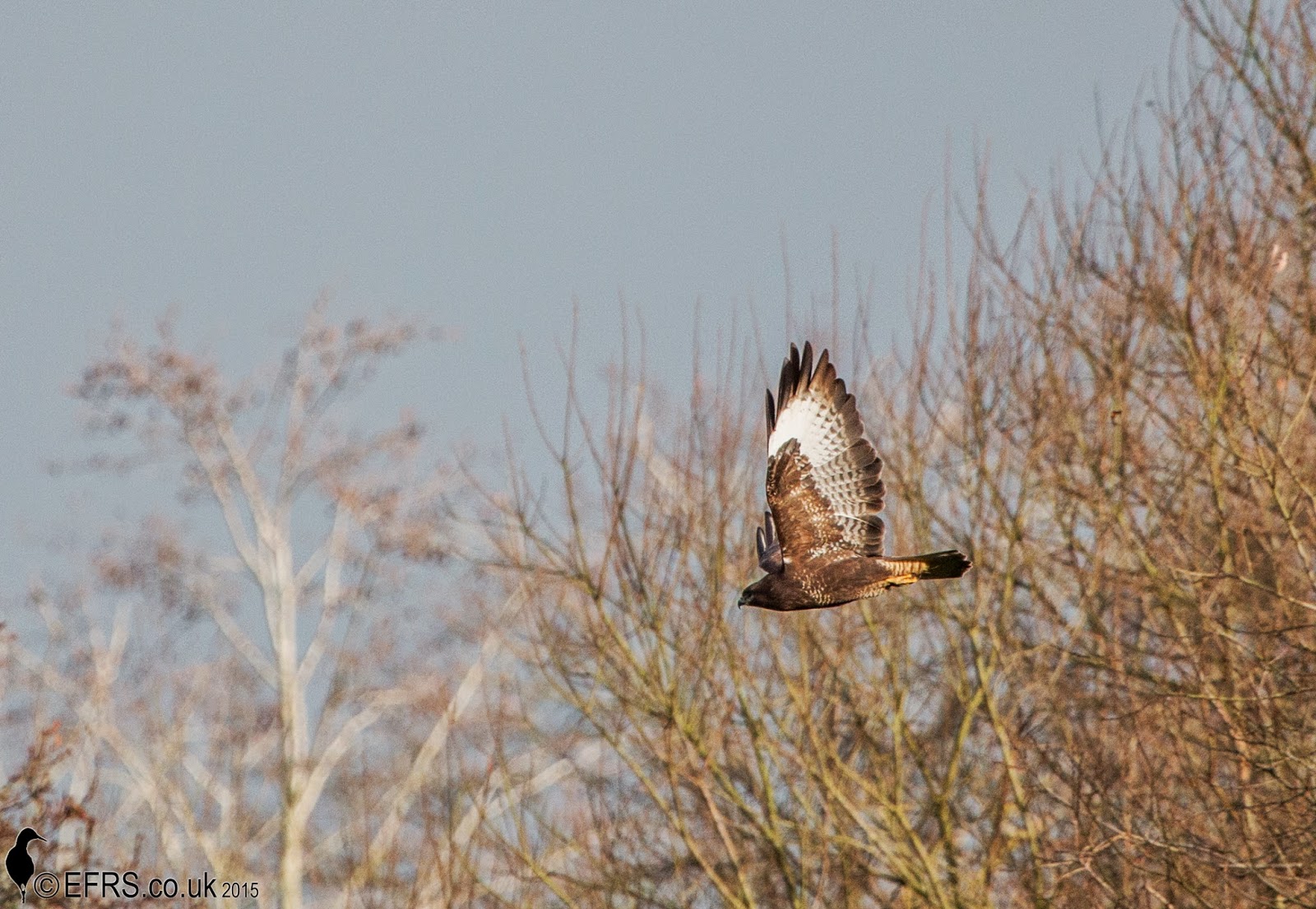 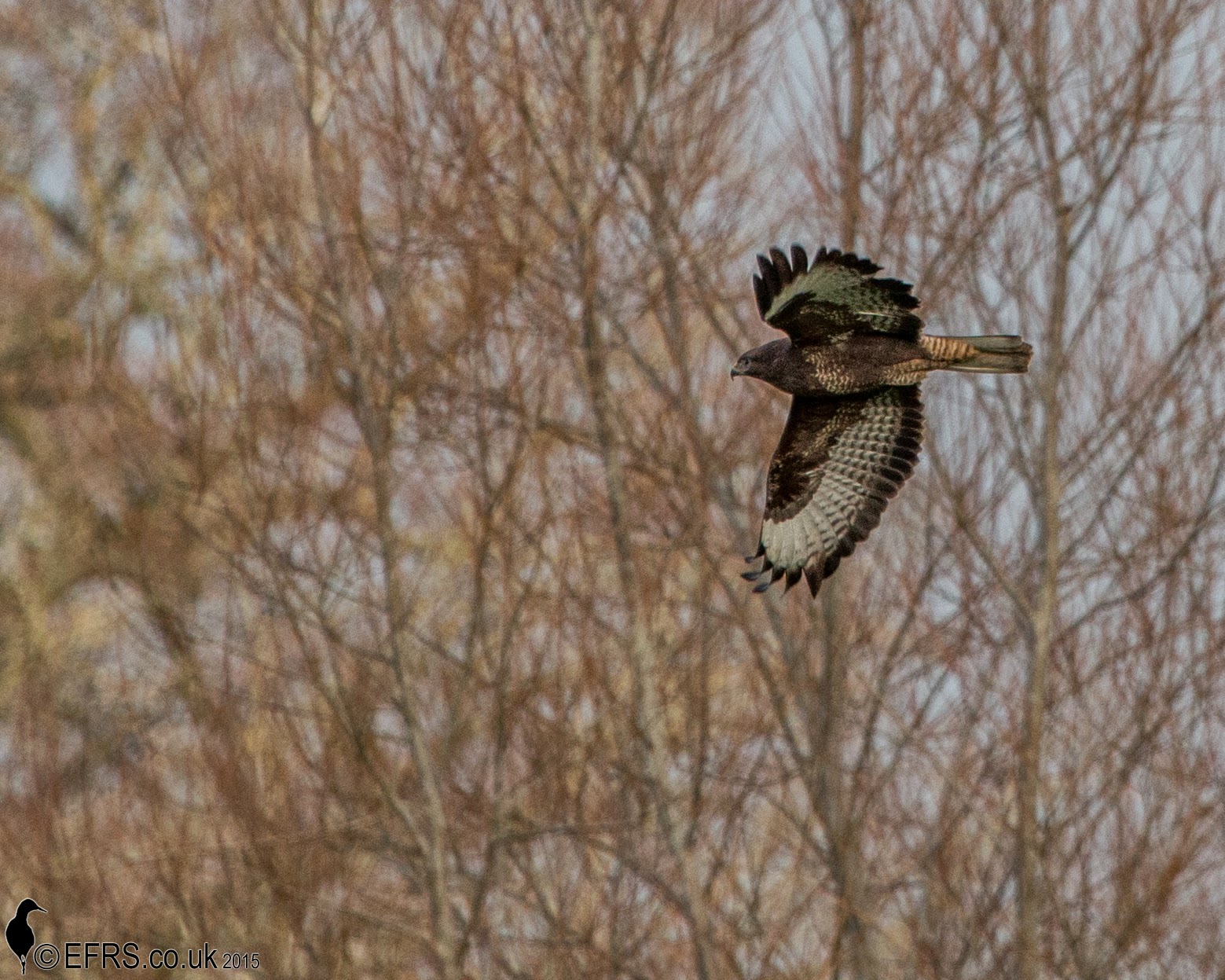 Back at VP2 I encountered Cliff and had a good chat about the lack of Little Egrets, Red Poles and migrants in general. The clouds were getting heavier and the wind was getting keener but I stuck it out for an hour or so. The light too low for photography. Instead I leaned back and admired the Marsh Harriers still badgering the Buzzard and the general too and throw of people popping in to have a look. Cliff did obligingly disturb the / another Sparrow Hawk that was sitting in the tree right next to the platform for us all to have a nice view.

So I had a play with TV or Shutter Priority. Interesting. It was nice to know that I always had a decent shutter speed and let the ISO and aperture take care of the rest. Since I was using the 100-400L the Fstop didn't move much which left only the ISO to move up and down. I've limited it to 800 and I think the results are quit nice. It's handy for low light where I can just turn it down a touch to avoid under exposure but for bright and good light where I'm getting 1000 or faster speeds I may stick with Aperture Priority.
All this got me thinking. The current three variables are used incorrectly in my view. Instead of having one fixed and the other two compensating in an apparent random way where you sometimes get a high ISO or slow shutter speed (assuming you are set to Aperture priority) or vis versa why not do the following:

Give the user a choice of what changes and when on the variables. You have three things that change: Shutter speed, ISO and Fstop. Why not have the choice to fix one then set the next one to change then the third one to change in that order. So heres how it would work

Or any permutations of the above.

Now maybe I'm missing something but I don't see how you can do this on a Canon. I would like the following:

The above would give you the Fstop you want at a consistently high speed. Isn't this the desired setting for wildlife photography?

So on that note a happy belated first anniversary to us the EFRS. We started this time last year on the 6th January. Heres to another fun packed year and thanks for reading from Andrew and James :¬D