Hare of the dog 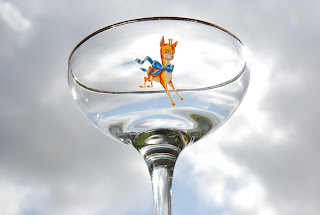 Friday night is wonderful.  It always starts with picking up my increasingly loud and talkative child from nursery before heading over to Lidls for a Doughnut (pink) and a Cider(s) for myself.
Now Lidls do a very nice cider which tastes an awful lot like a small drink very popular in the 70s with a bambi on the front.  Except this one comes in proper man sized bottles and only costs 95p - unlike the bambi drink which was quite expensive for what you got (so Andrew tells me.  I’m a bit too young to remember…)
Now what on earth this has to with anything bird related, I here you cry?
Well, I am quite a light weight and after putting the little one to bed.  I had a few of these rather nice ciders.  I soon fell asleep, the warm glow of drunkenness around my cheeks…
I woke up the next day rather the worse for wear.  Determined to blow out the slightly hungover feeling I squeezed in a trip to Westhay (before commencing an afternoon of children’s entertainment – it was unlikely any bird large all small would come near a garden full of over excited 3 year olds).
I did give Andrew a last minute text.  However he was dead to the world.  I suspect he had drank a little too much and stayed up late the night before

Driving down to the reserve entrance a family of Canadas were happily chomping on some grass. 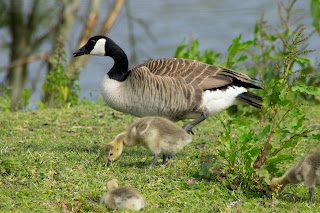 At that point I thought I would take a look at the fields opposite just in case.  I’m glad I took the time as this rather dashing fellow was also looking about the place. 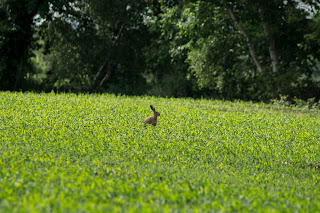 The last time I saw a hare was near here.   Probably the same one! I watched him for quite a while.  Soon he plodded across the field and went along a track before vanishing.  A great sight of this increasingly rare creature.

I took in the sights and sounds along London Drove.  A luckless Buzzard was getting attacked by half a dozen crows.  It was like a game of subuteo  - he was getting knocked all over the place the poor sod.  I tried a few pictures but they were awful so I wont put them here.

I spent a bit of time at the Lake hide.  Here a pair of GC Grebes are busily preparing for family duties.  One of them swam quite close. 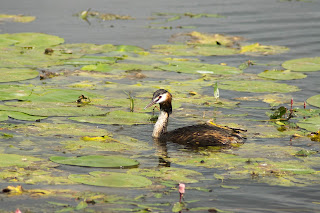 Here I met a very nice chap (I didn’t catch your name if you are reading!) who had recently seen a dog otter swimming in front of the hide.  I rarely see otters so any chance of one is a big bonus!
I waited patiently but it wasn’t to be…

I did spy this Kestrel which swung passed the hide.  Unfortunately the light wasn’t brilliant as the sun decided it best to hide behind a cloud at just the wrong moment. 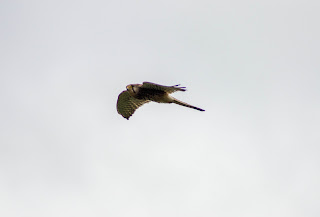 So I had the hare but not the dog.  Still one out of two isn’t that bad.