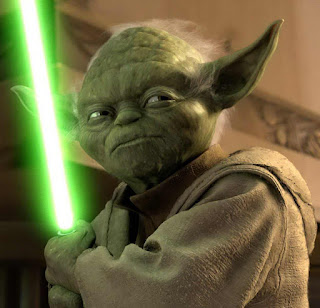 The sun was shining, the weather was warm.  I bunked out of work at a nice early hour and headed straight for Westhay.  It was perfect.  A slight breeze to ruffle my feathers.  The sweet chuckles of Goldfinches serenading me along London Drove (the raucous call of a Heron spoilt the acoustics a bit but it was still nice).

Now, I did something a bit unusual today.  I packed an M42 lens.  One of Andrew’s little 50mm ones (I think it was 50 – Andrew might correct me if I’m wrong).  Now so far I haven’t had much luck with these.  Whenever I try to put the lens on and switch on the camera there is an awful grinding sound and the camera won’t take a picture.  Reducing it to a nice looking lump of plastic with a bit of glass on the front.

Andrew - For the record its a Carl Zeiss Pancolar 50mm f1.8 Being a Takumar Fanboy I never really used it but judging by James' pics I may have to have it back and give it a go myself. He's also borrowed its 135mm F3.5 big brother can't wait to see what he does with that!

However earlier in the day I had figured out what bits to press in the cameras menu system to get it to work.  The grinding halted and now here I am!

The place was littered with Dragonflies, but trying to sneaking up on one with a little lens was proving difficult…

I gave Andrew a quick text, venting my frustrations.  He simply replied “Use the force”.  So I focused and took my time, summoning my force energies I got these. 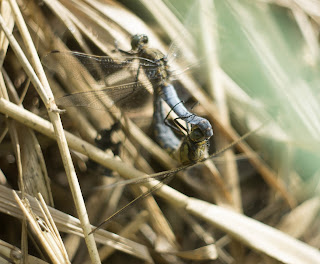 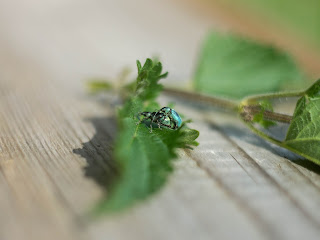 Everyone was very busy (ahem) 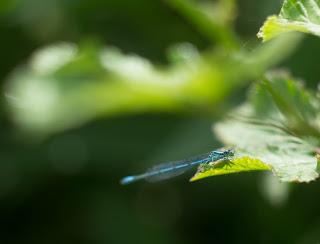 This one wasn't busy but probably had it on the brain 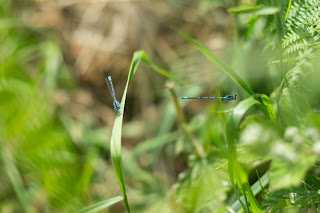 These two were just about to. 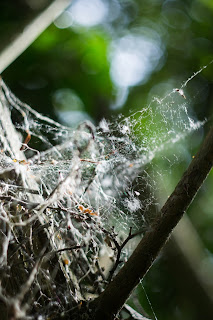 I was rather pleased with my first attempts.  Now let me tell you the manual focus on these old lenses is rather nice.  Plus the build quality is great.  All metal and glass.  Not plastic and, erm plastic.

On my way back I saw a Blackcap.  I like these little warblers rather a lot but never get a  decent pic.  However I was ready for this one and managed a few quick snaps before it vanished into the hedge. 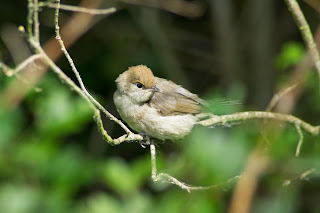 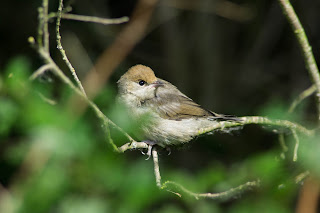 I did try and get some swift pictures but the force is strong in them.  They are simply too fast for me.  So I got a distant picture of a Raven.  Nice to see these birds about the place. 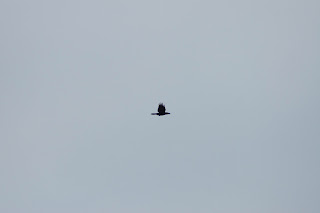 Certainly a bird from the dark-side.

So I have got these new/old lenses to play with.  Now I need some more practice. 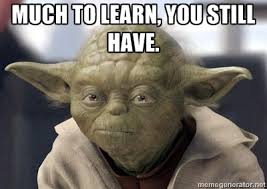