IF YOUR LOOKING FOR THE LITTLE BITTERNS SCROLL DOWN A BIT.


This was definitely a game of two halves. I met James nice and early. But on the way in a field next to the Enchanted Wood I could hear quit a few Buzzards calling. There was obviously a nest site with a few fledged young. 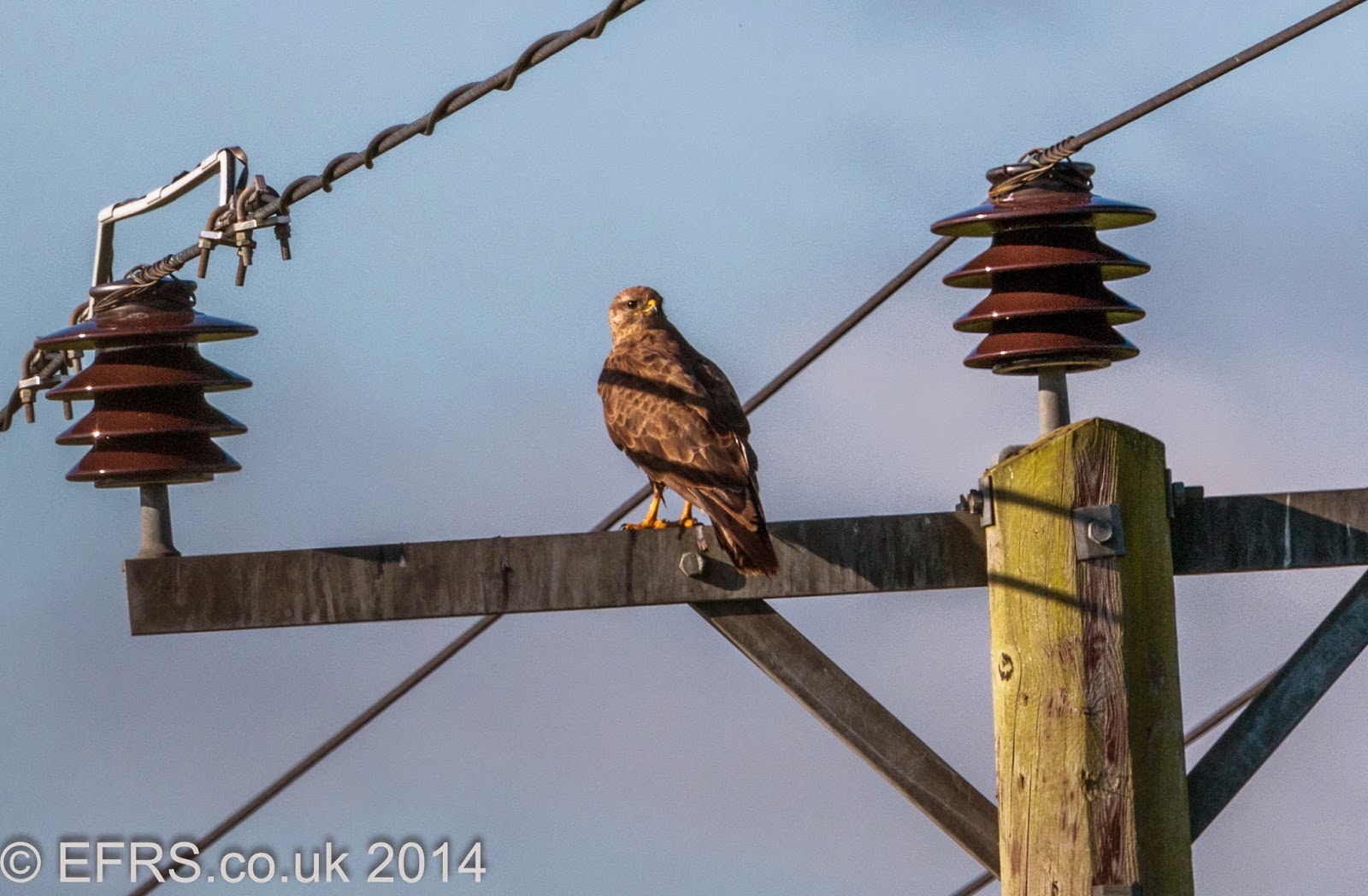 Cycling on I was just rising up to the old Railway bridge at Aqueduct Crossing when I saw what would have been an iconic picture for the EFRS. A Heron was sitting on the edge right in the middle of the bridge. Drats, it flew off just as I stopped and was not seen again. Oh well.

While lamenting my loss I spied a Greater Spotted Woodpecker with its distinctive flight pattern wizz past. I had my camera in hand from the Heron so was aiming at the beast in the Conifers opposite. Unfortunately it was facing away and slightly hidden. It stayed for a second then was gone. Was this my Nemesis from the Enchanted Wood? Probably. I have never taken a decent pic of a Woodpecker. 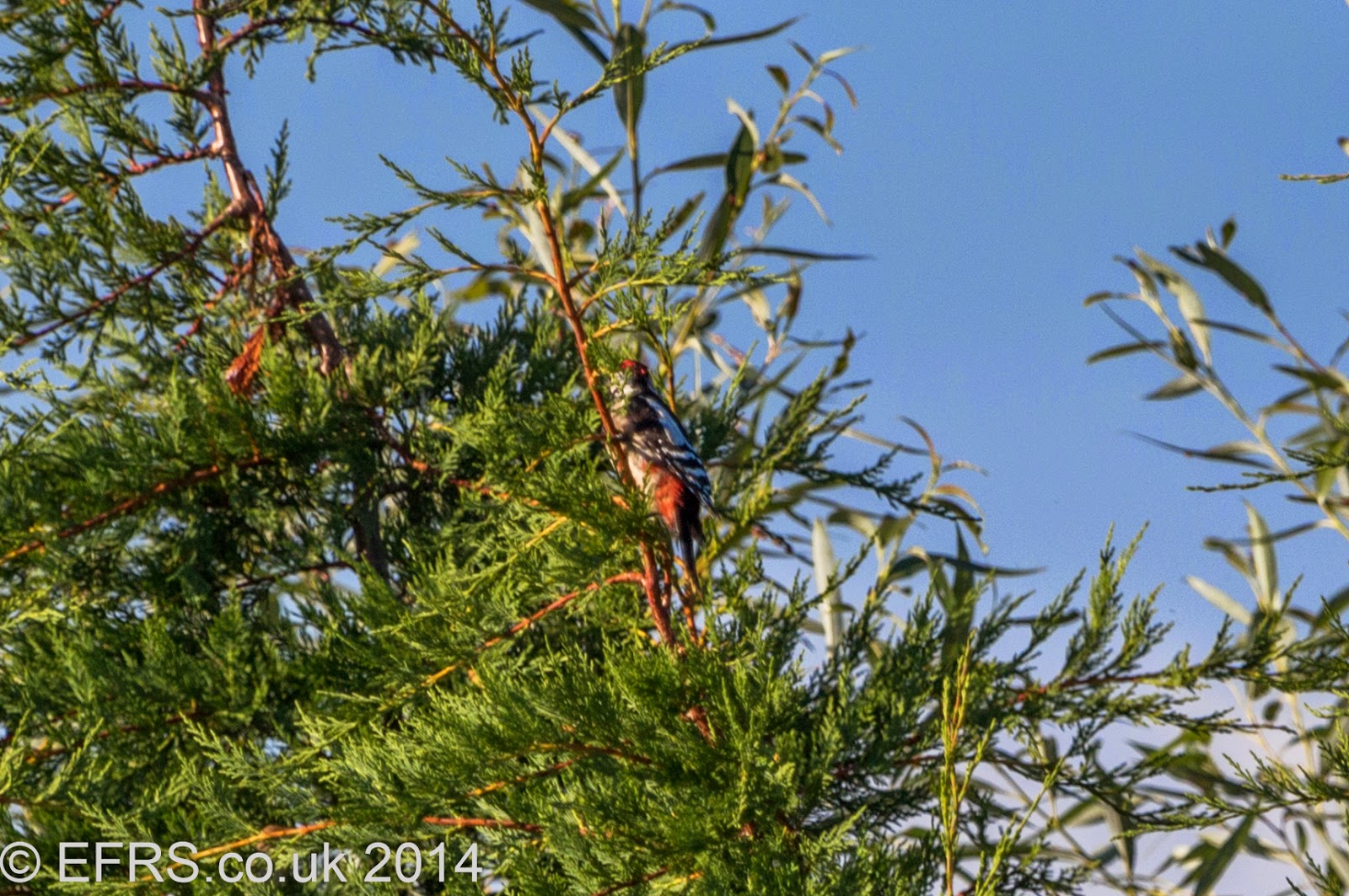 So on to VP2 with James. We actually met at the scrap of land at Ham Wall end that passes for a car park at exactly the same time. Excellent timing. The light was low and strong as we looked out over the water counting 7 Great White Egrets and quit a few Little Egrets. 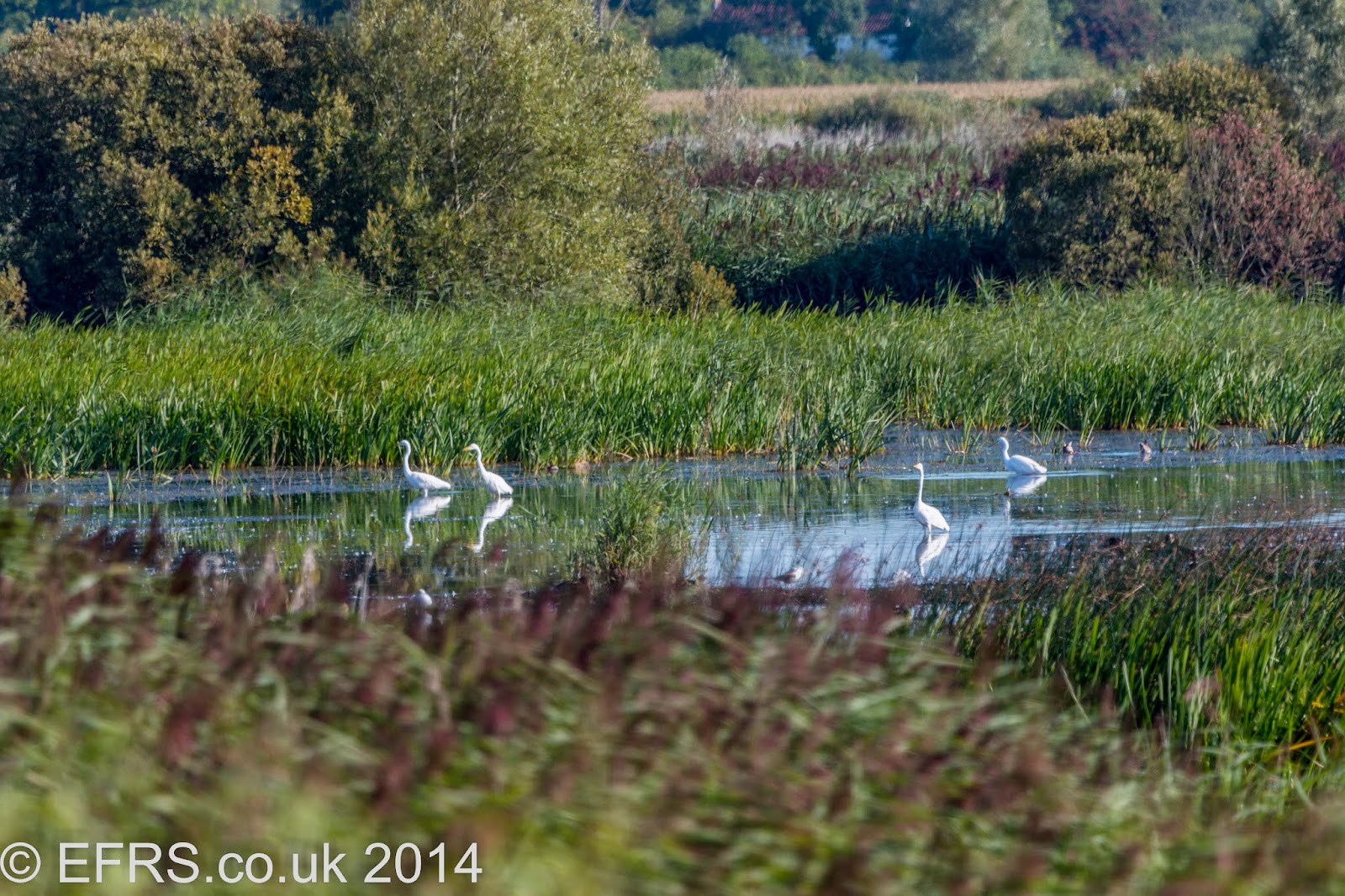 We were feeling relaxed today. Not in a rush to go anywhere since James had to scoot off early. The most exciting thing was a Bittern that decided to pop itself out for a full view on the opposite side of the water. Talking to an RSPB volunteer later he reckoned it would be a young one that hadn't learn the art of stealth yet. Apparently if they don't learn this crucial Bittern skill they don't last very long!

A Bittern doing what Bitterns shouldn't do (Aren't Bitterns BRILLIANT!!!!!!!!)

We did wander up a bit to VP1 and the Tor Hide but they where very dead and a bit chilly in the breeze so we just popped back to VP2 to relax and admire the views. We did hear tell of a cow in the river but that's not too unusual round here since they sometimes pop down into the water for a nose or drink then cant get out. Panic sets in and off they can go for miles before they either find their own way out, get rescued or drown from exhaustion.
KEEP SCROLLING YOU'RE ALMOST THERE
James had to beetle off so I was left to my own devises. I was feeling peckish and decided to cycle to the excellent and highly recommended Eco Bites at the Visitors Centre on the Shapwick end of things. On the way I was greeted with the sight of two Firemen wandering up and down the track near the Ashcott Road. The cow had wandered into the Ham Wall bit of the Brue. 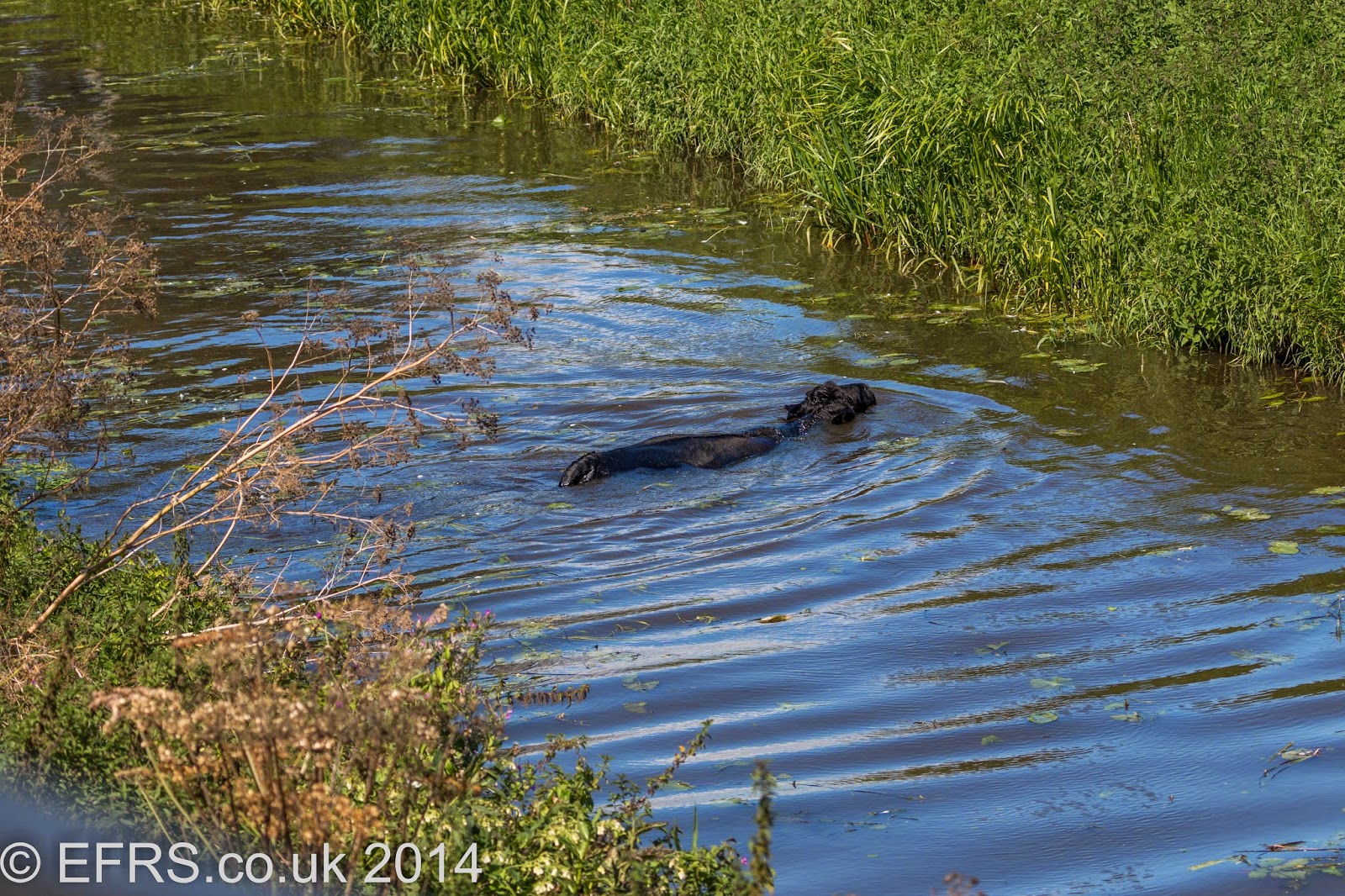 Wheres a Cattle Egret when you need one 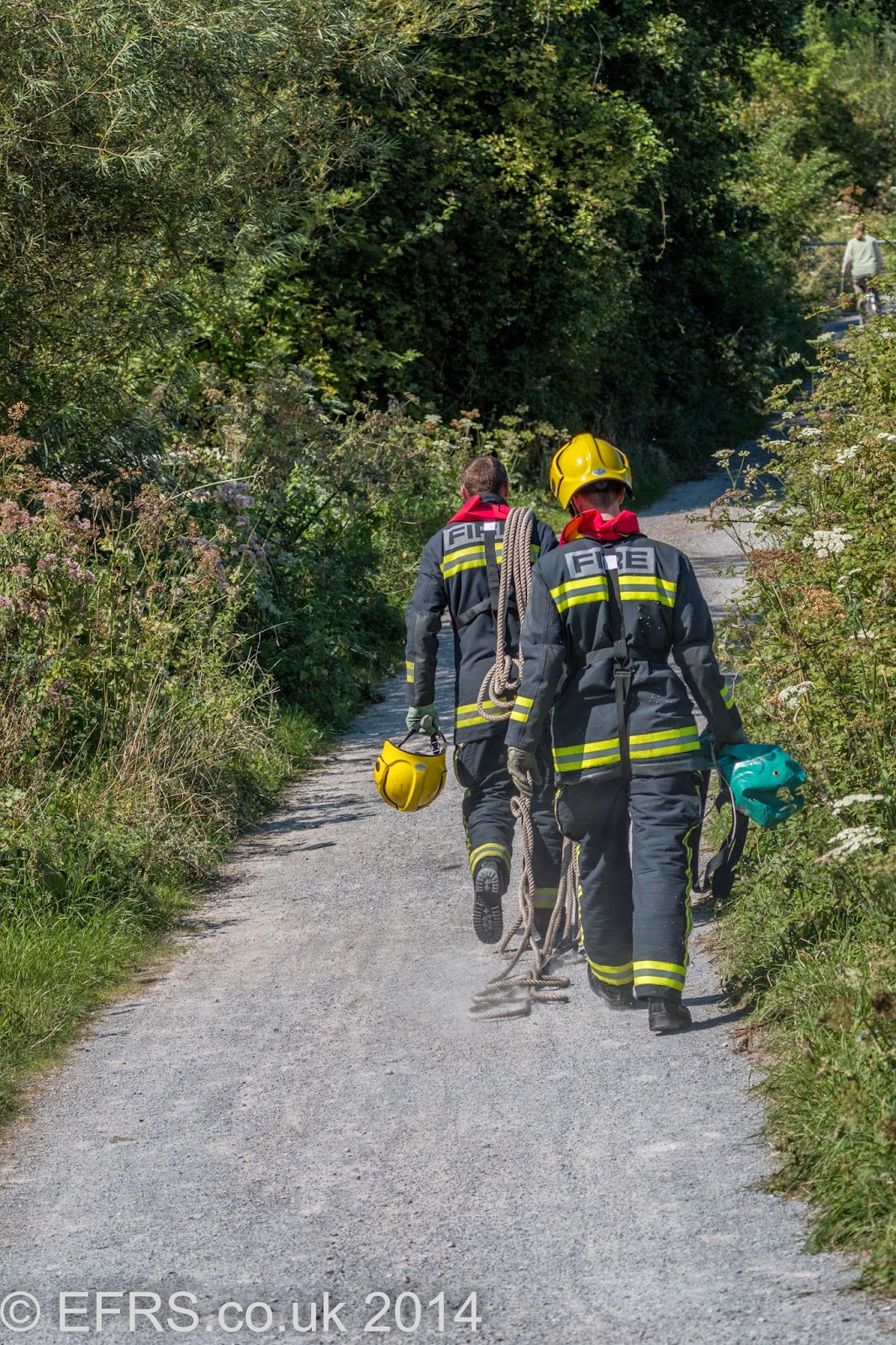 Two Firemen chasing a cow in a river. Not a regular sight at Ham Wall 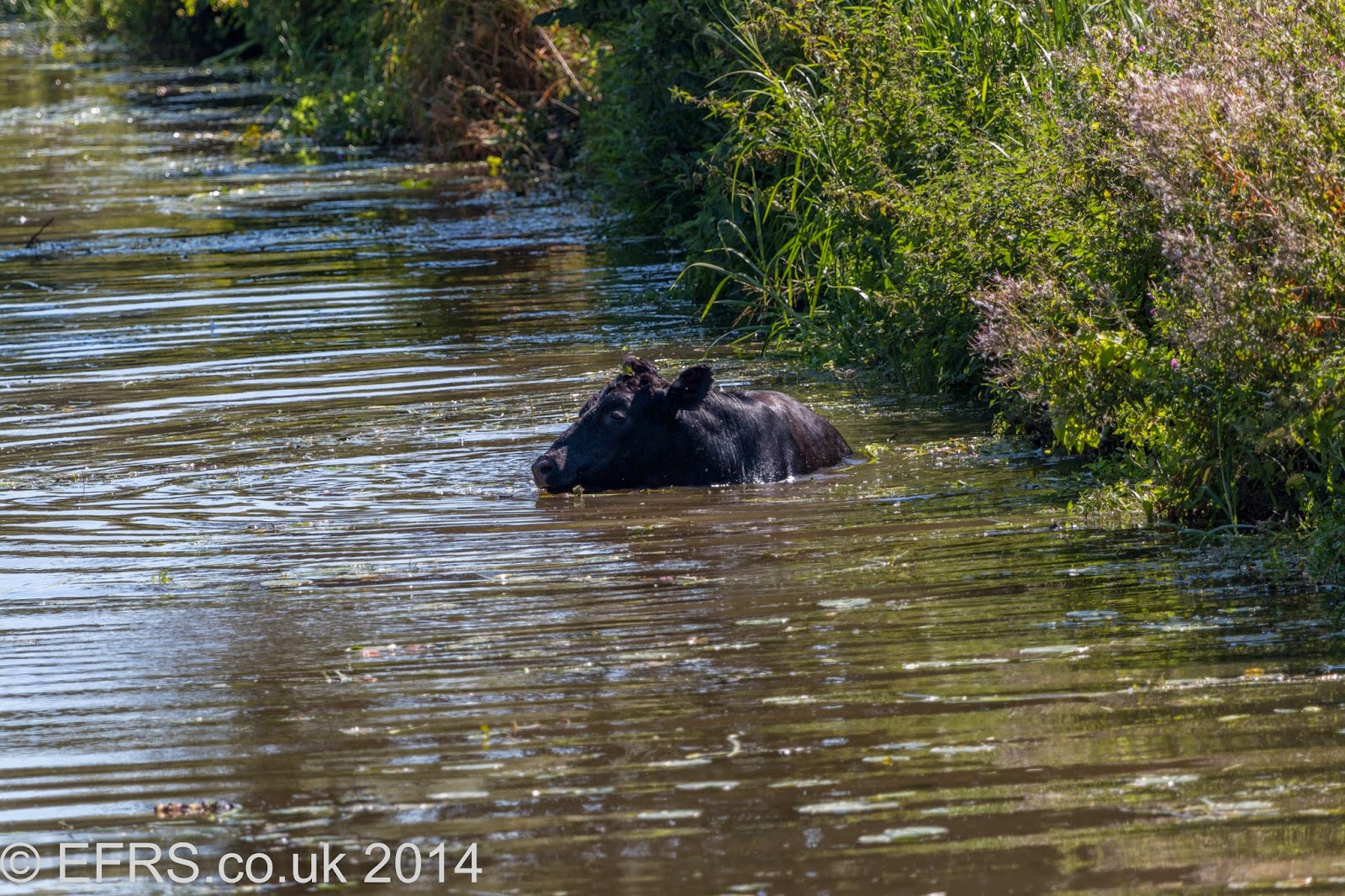 Cow getting a little agitated 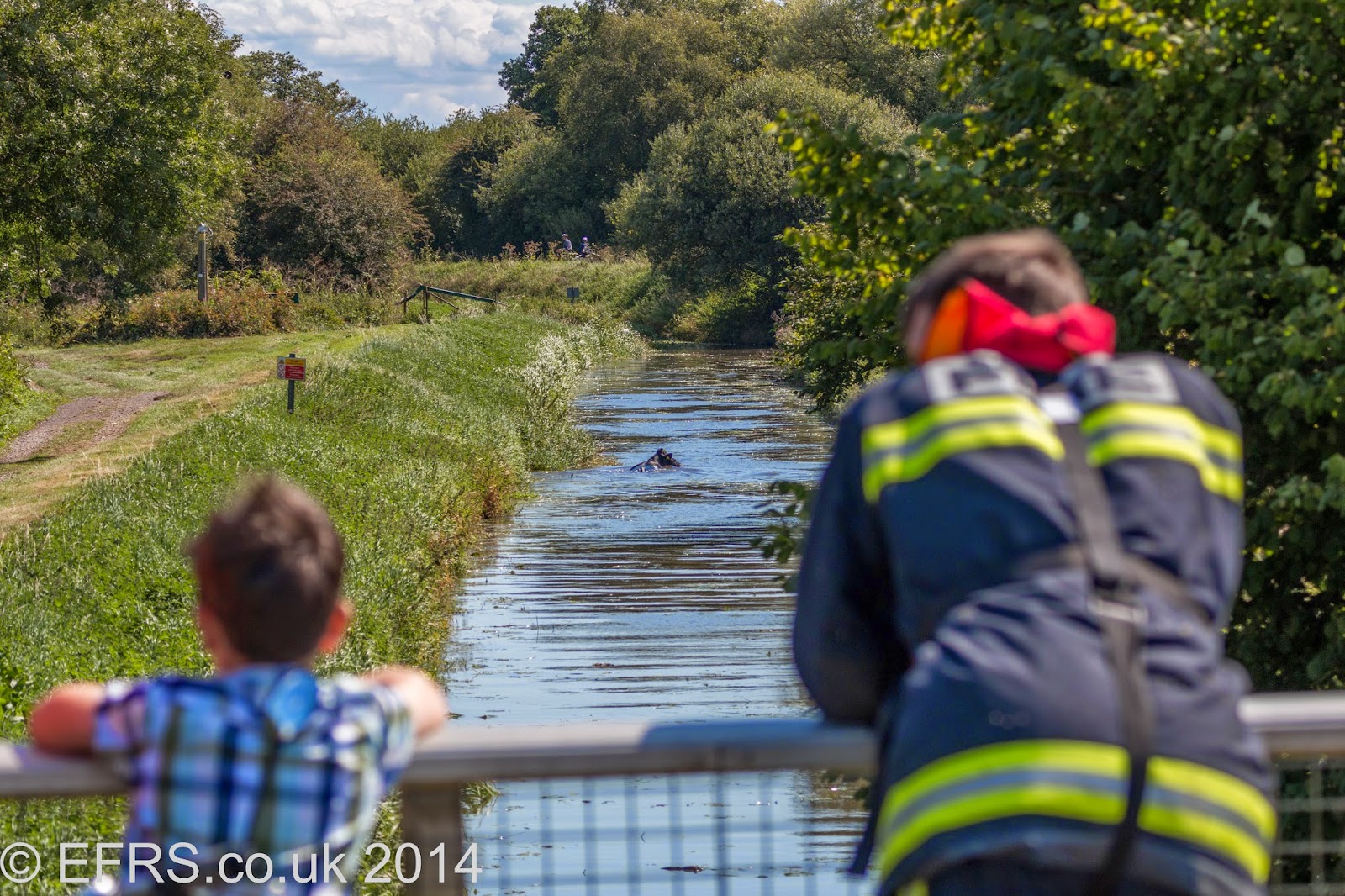 View from a Bridge.
"Hey Mister can you put a big net under him with a helicopter?"

The Scrape on Shapwick was still nice and low on my return from lunch. Im not one for this area usually and it was a bit sparse today. Not many Egrets really.
Passing over the old Railway Bridge at Ham Wall again I saw that I had missed all the exciting bits of the cow in a river while having lunch but it was worth it. 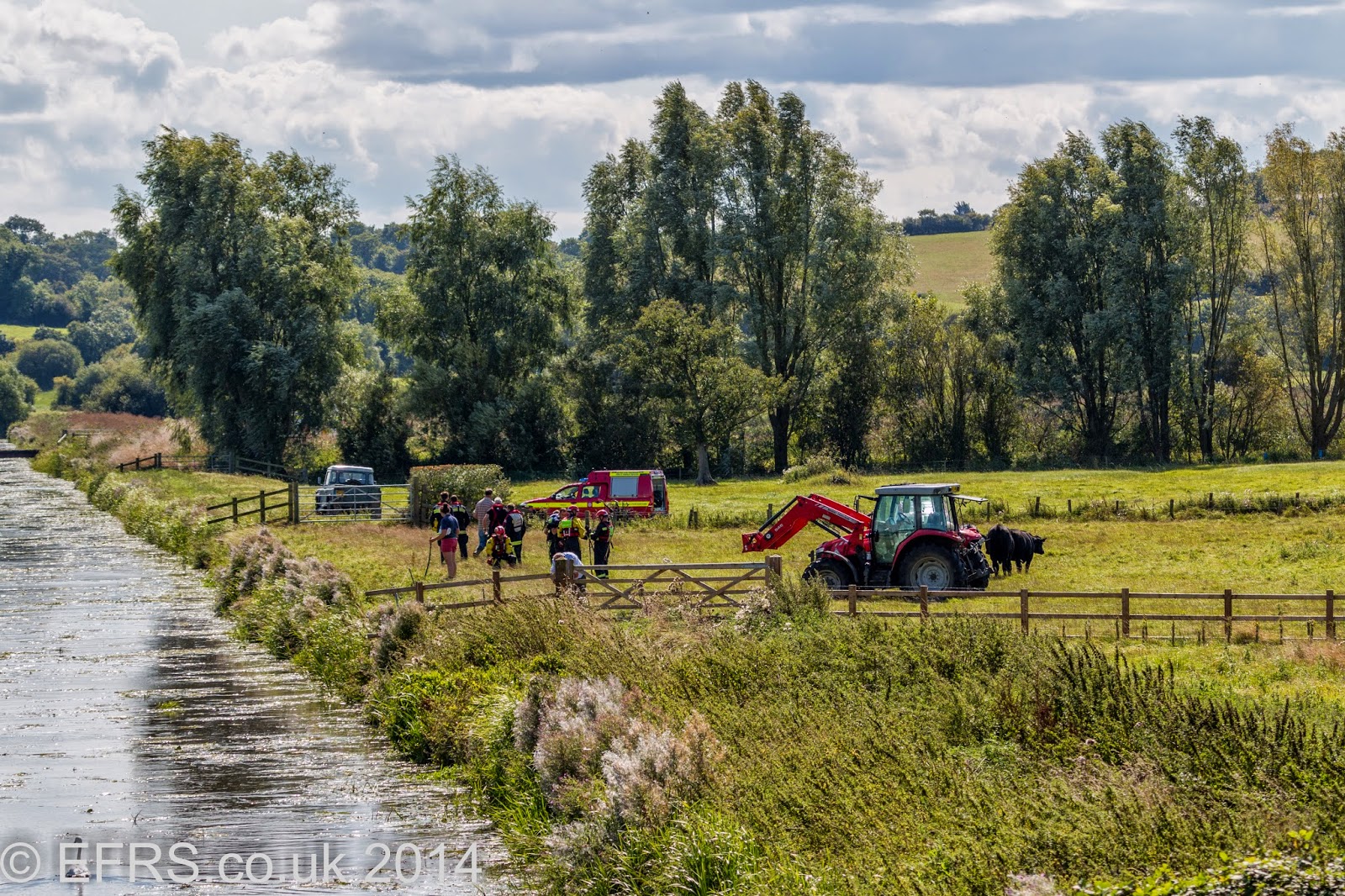 Move along please nothing to see here. 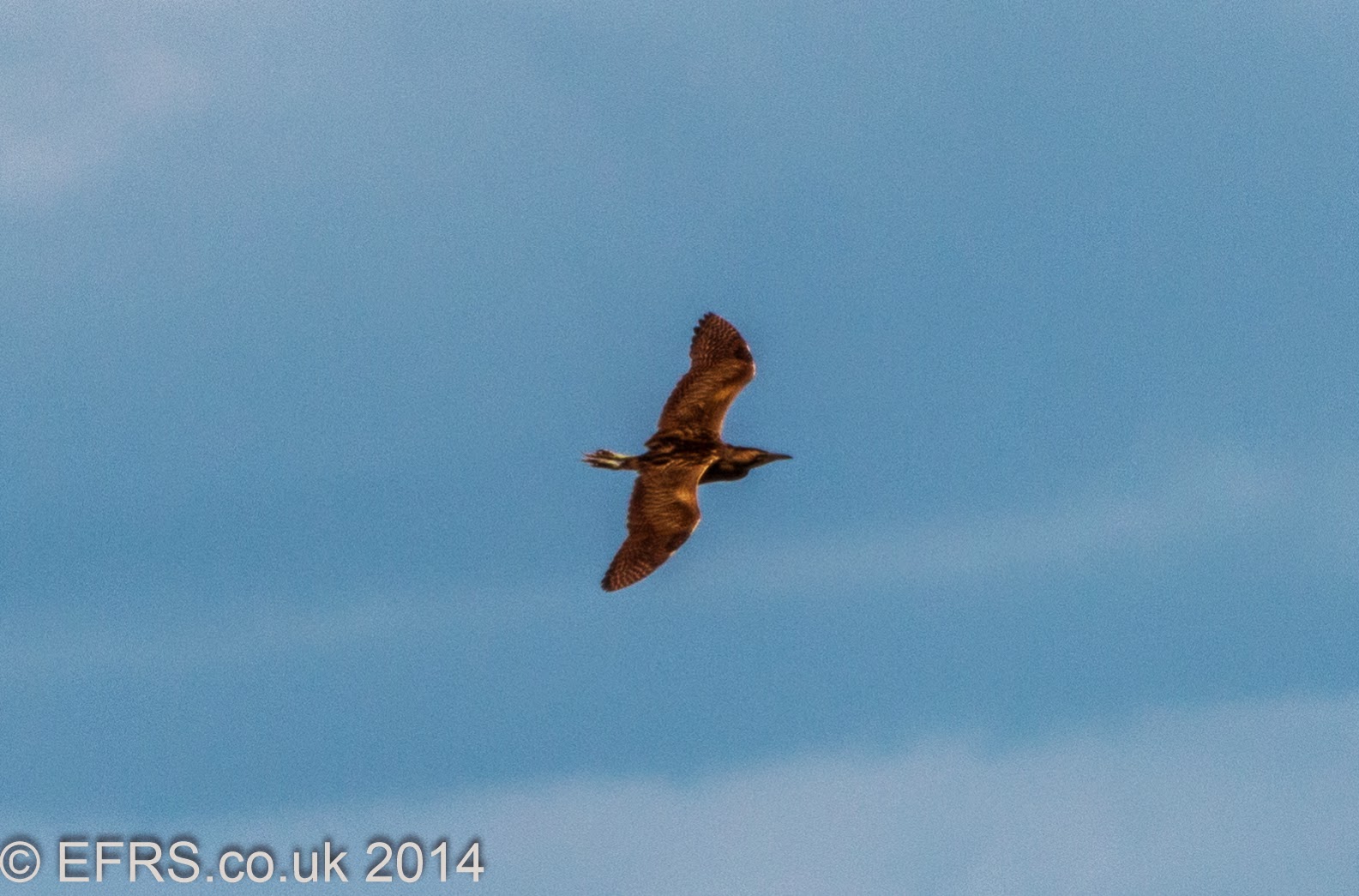 Bittern in flight (We love Bitterns)
NOPE THATS NOT IT, ONLY A LITTLE BIT MORE

So what else could happen! I should have had a clue with the Canberra. The Red Arrows flew right past me and on to the Tor as I rode home. Just managed to get a quick pic as the passed. 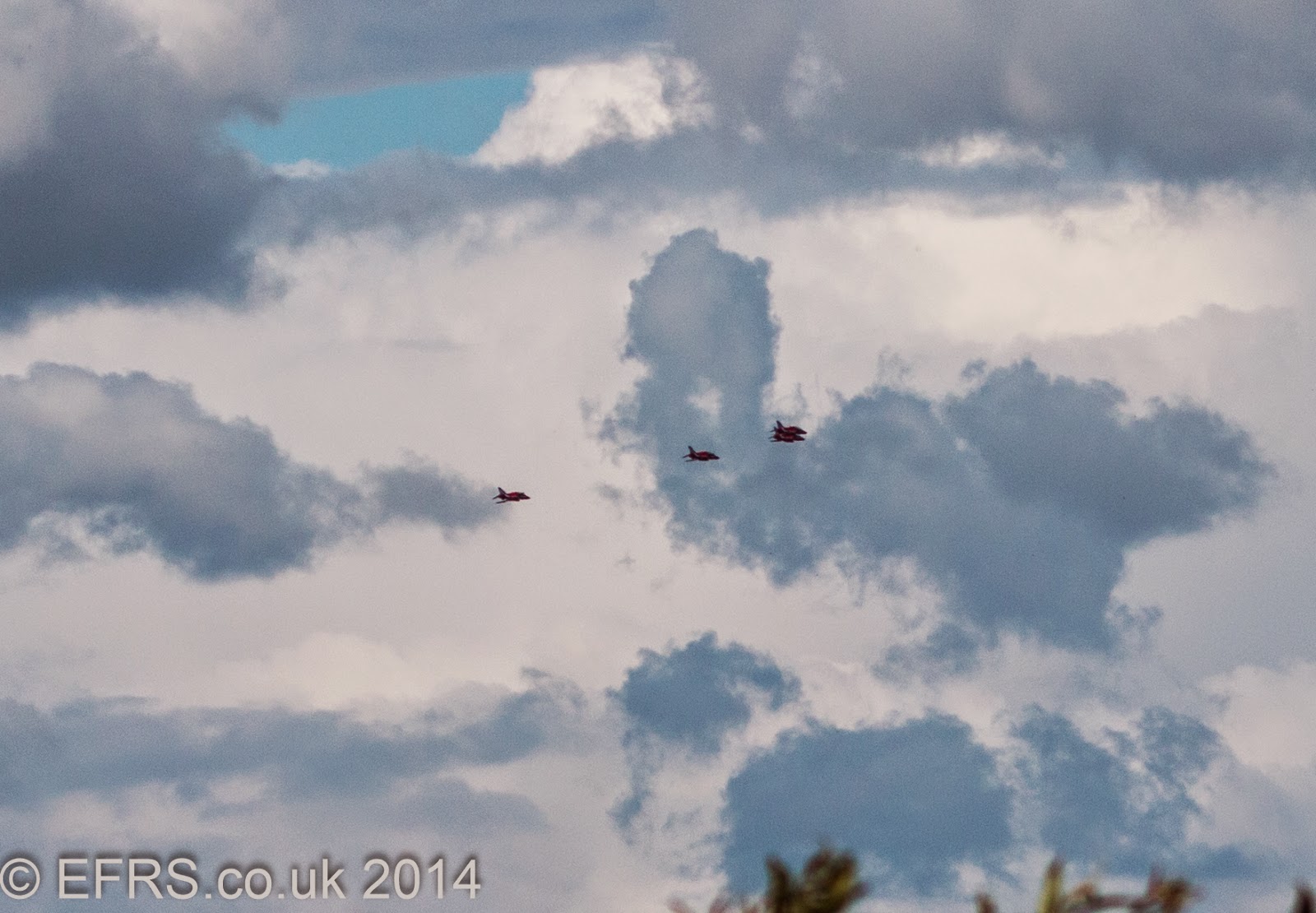 One half of the Red Arrows

James, as often happens, had missed all the best stuff!