Not to be outdone by James pics of the Osprey I trotted down to Shapwick to get a peek. Now all the time I was cycling I had it in my head that this Osprey was doing or was about to do something. If I got there too early he would be sitting there for hours and so would I, if I got there too late he would be just finishing off a 10lb trout and settling down for a three day nap. Should I cycle faster or slower?? This was a big decision to make. So I took the route I most often take and that is the one labelled 'Serendipity this way'. A few seconds at VP2 and VP2 at Ham Wall, straight across the road through to the Scrape where a pleasant surprise was found. It had been drained. I haven't been down here for a good few weeks so it was all a little bit different. The sight took me back a bit. 34 Little Egrets, 9 Great White Egrets and just 2 Grey herons. 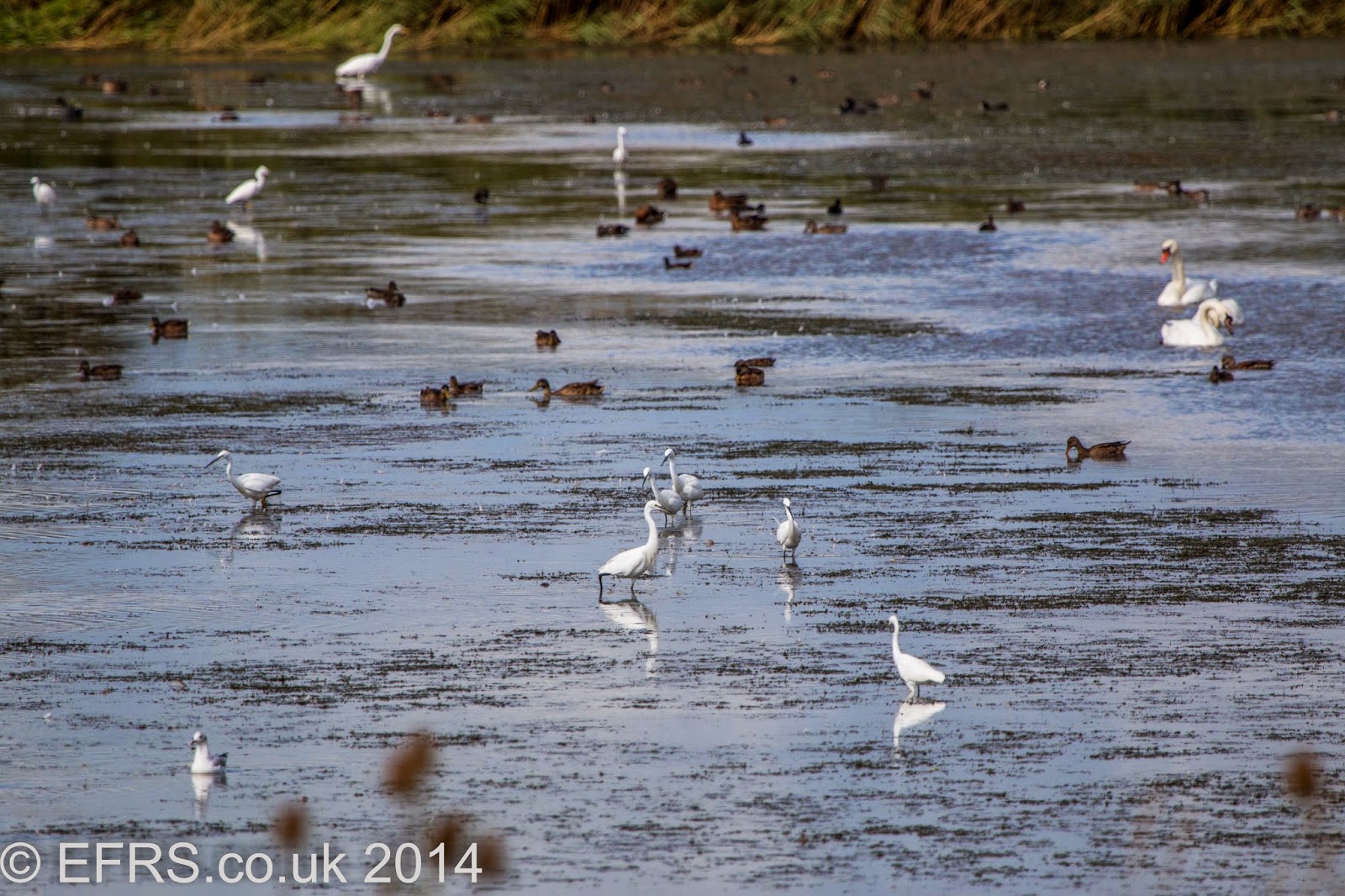 Quit the turnout of Egrets!

Then on to the track that runs along side Noahs Lake. A quick look and there he/she was sitting on one of the dead trees. Quickly turning I headed down the track and into the hide. One fellow birder was just setting up. Nice chap who I met again later in the day back at ham Wall.

Settling down I waited for the show to begin. I wasn't disappointed, yet, Only a few minutes passed when he took flight and circled giving this excellent display. 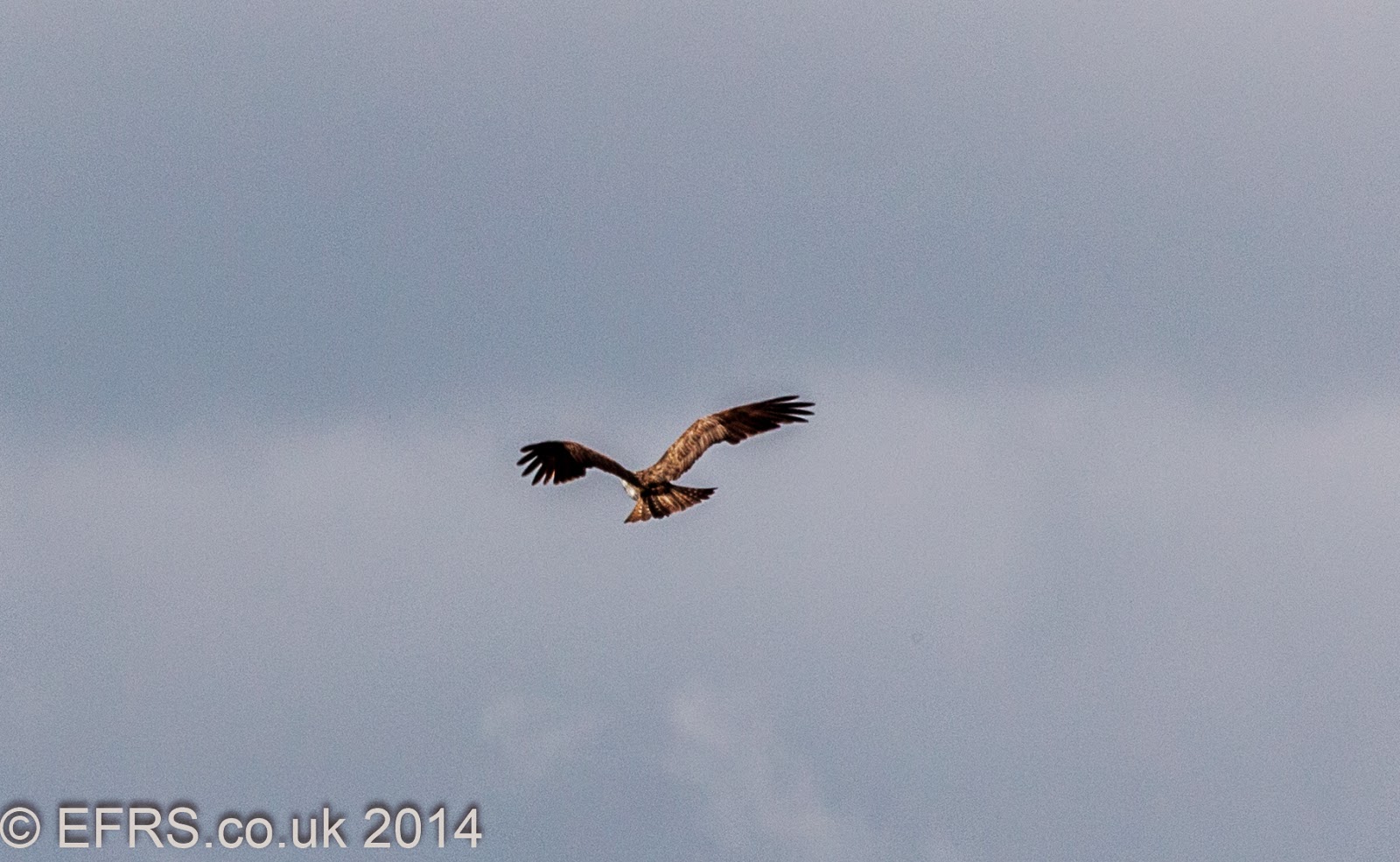 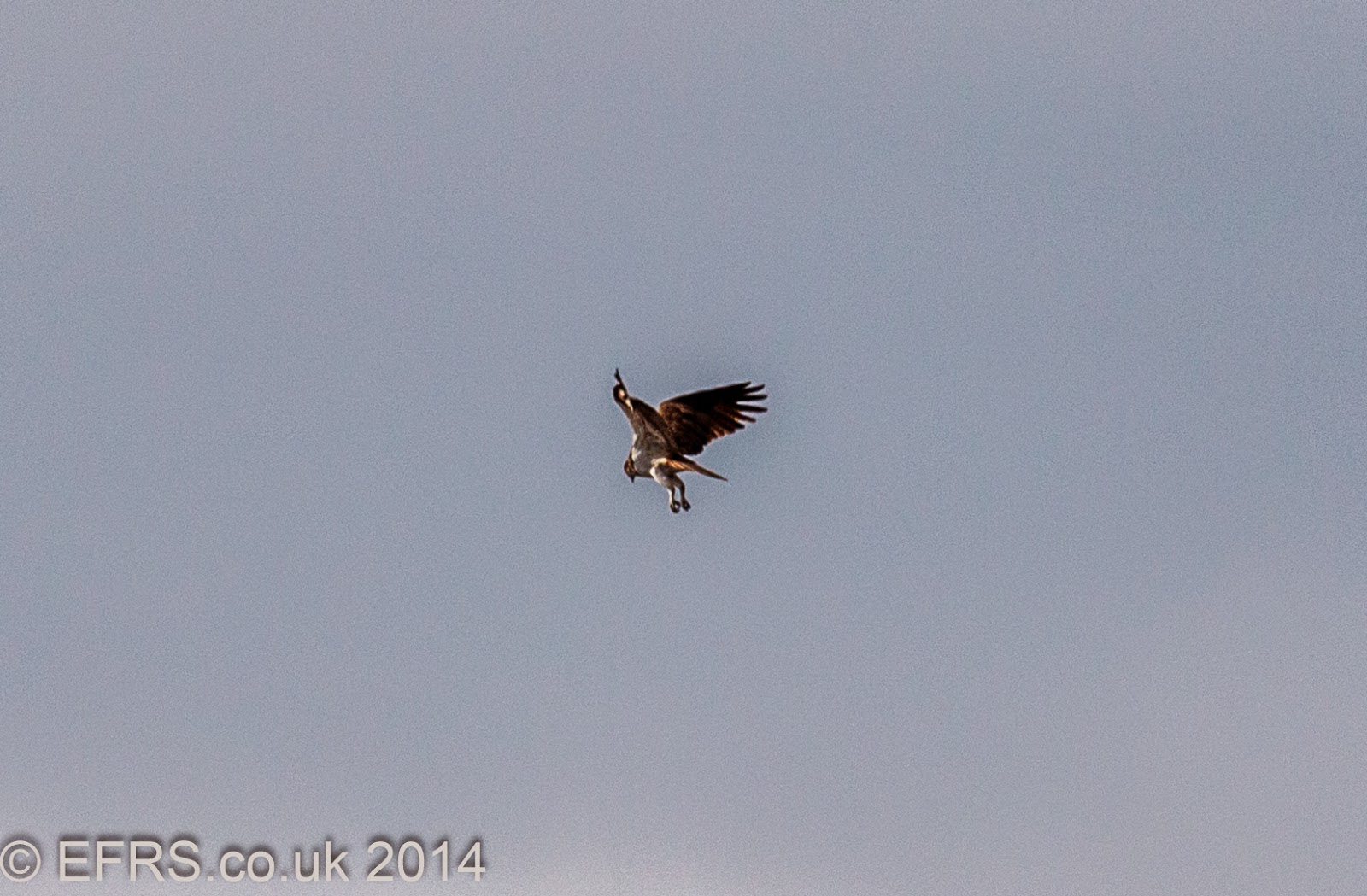 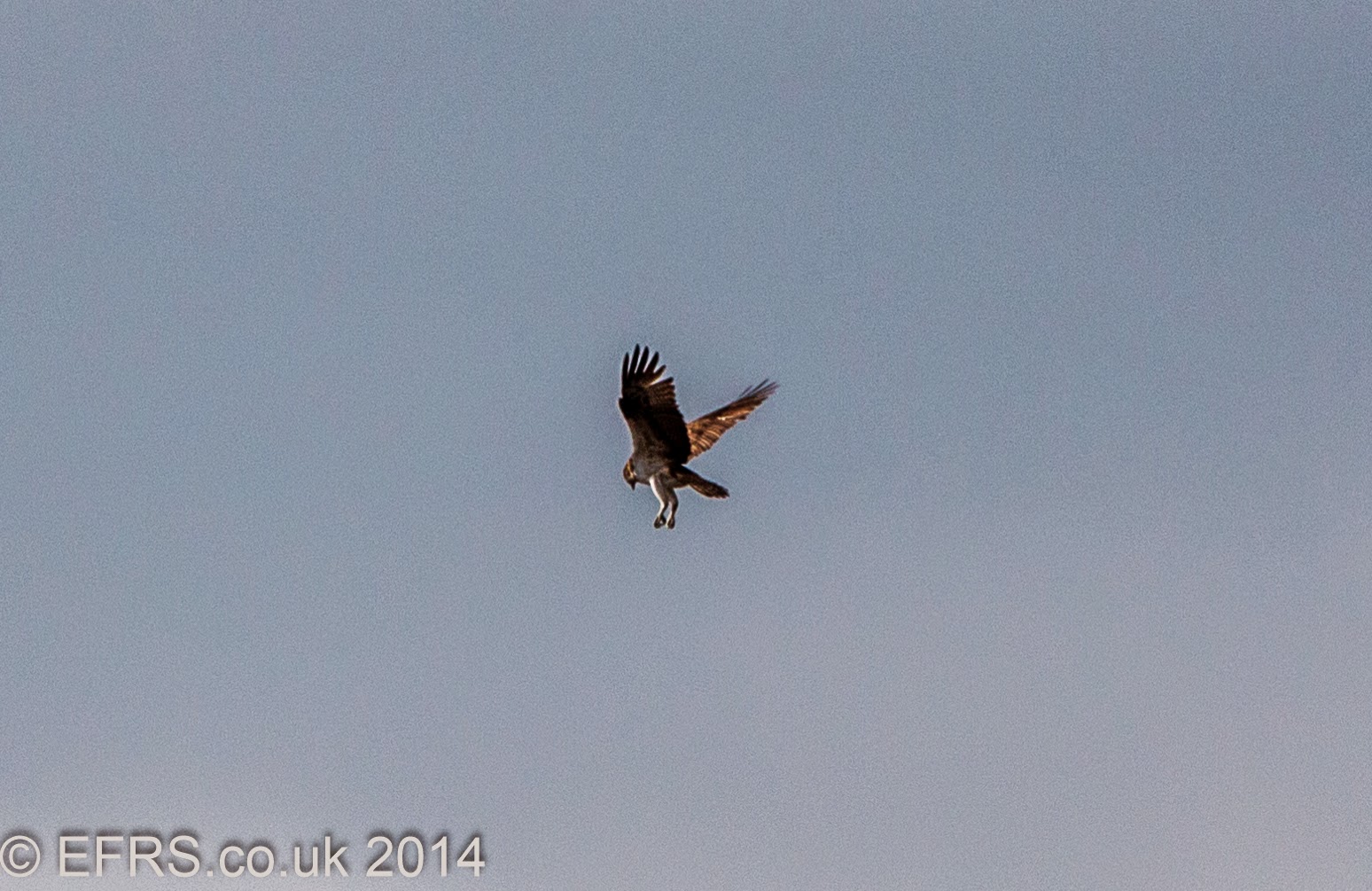 After giving this brief but interesting show he promptly turned and flew directly over the exact spot I was standing at as I scanned for him on the track!! Humph. he disappeared for about 10 minutes. Both my fellow birder and I were dejected and annoyed.

He then returned with a catch. Probably from either the Scrape where I was standing but 15 minutes ago or the Mear Hide where nothing happens. Either way he would have been within spitting distance of me for a super shot of a catch. Never mind.

Here he is tucking in to his catch. 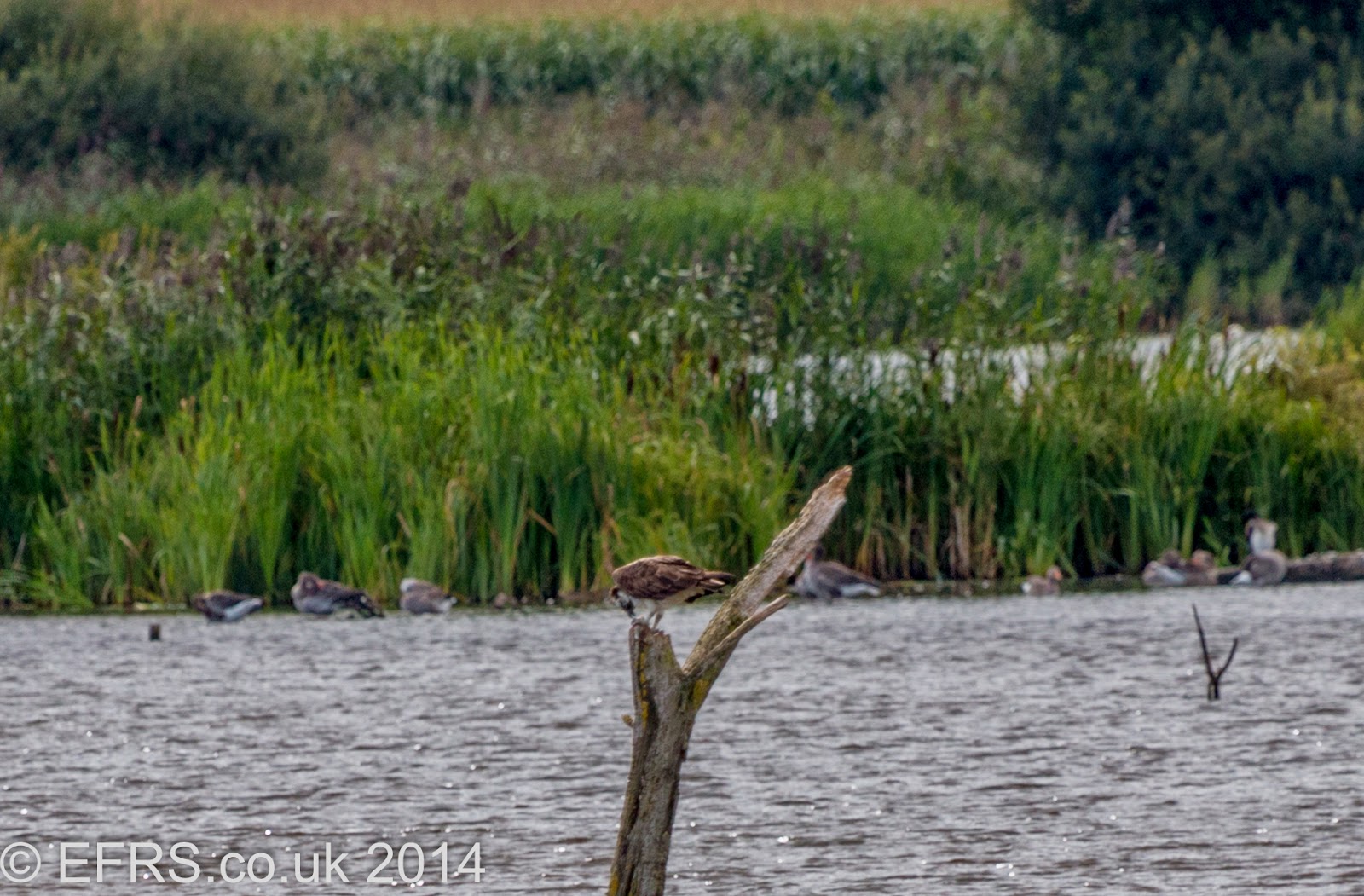 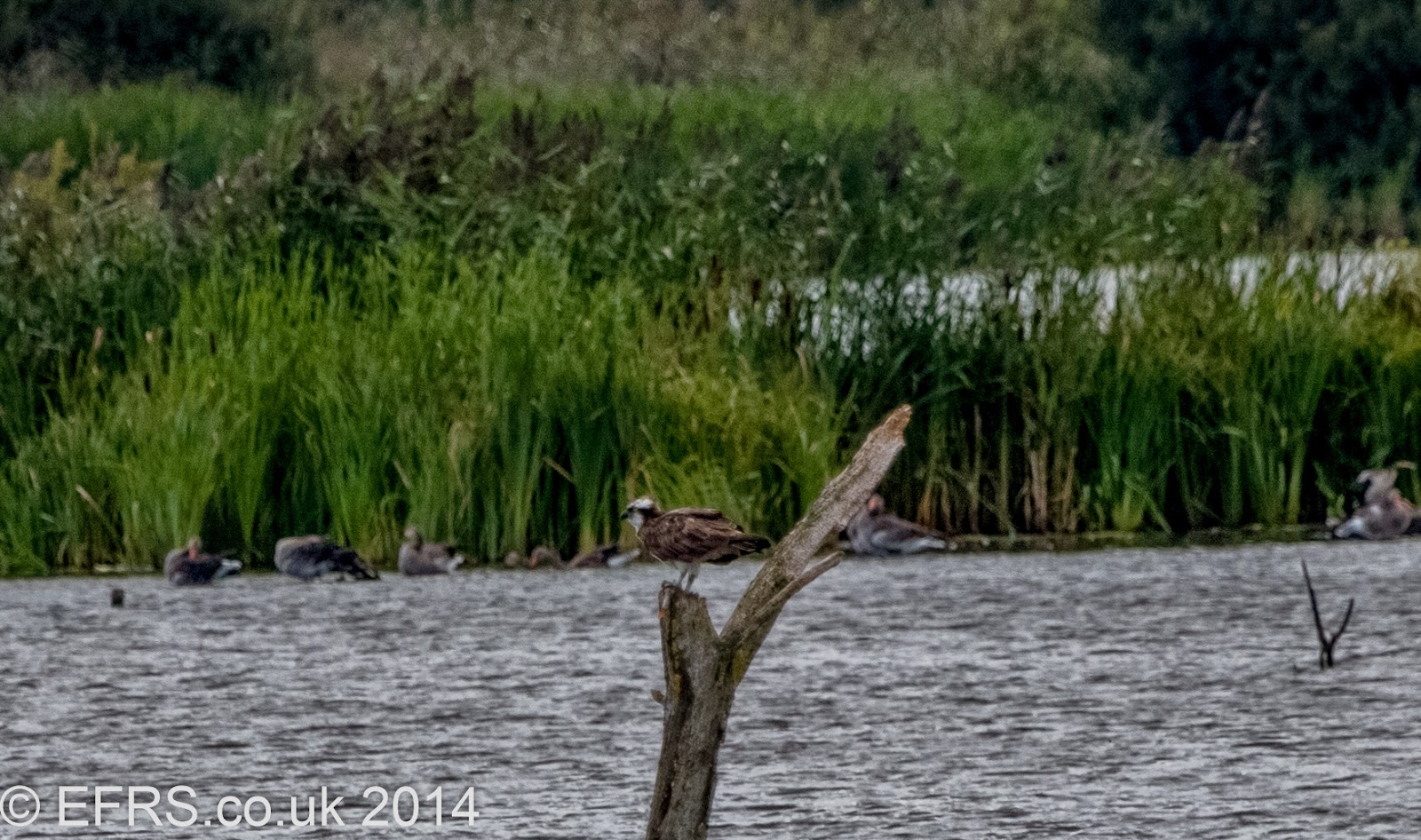 Osprey looking out for a potential attacker 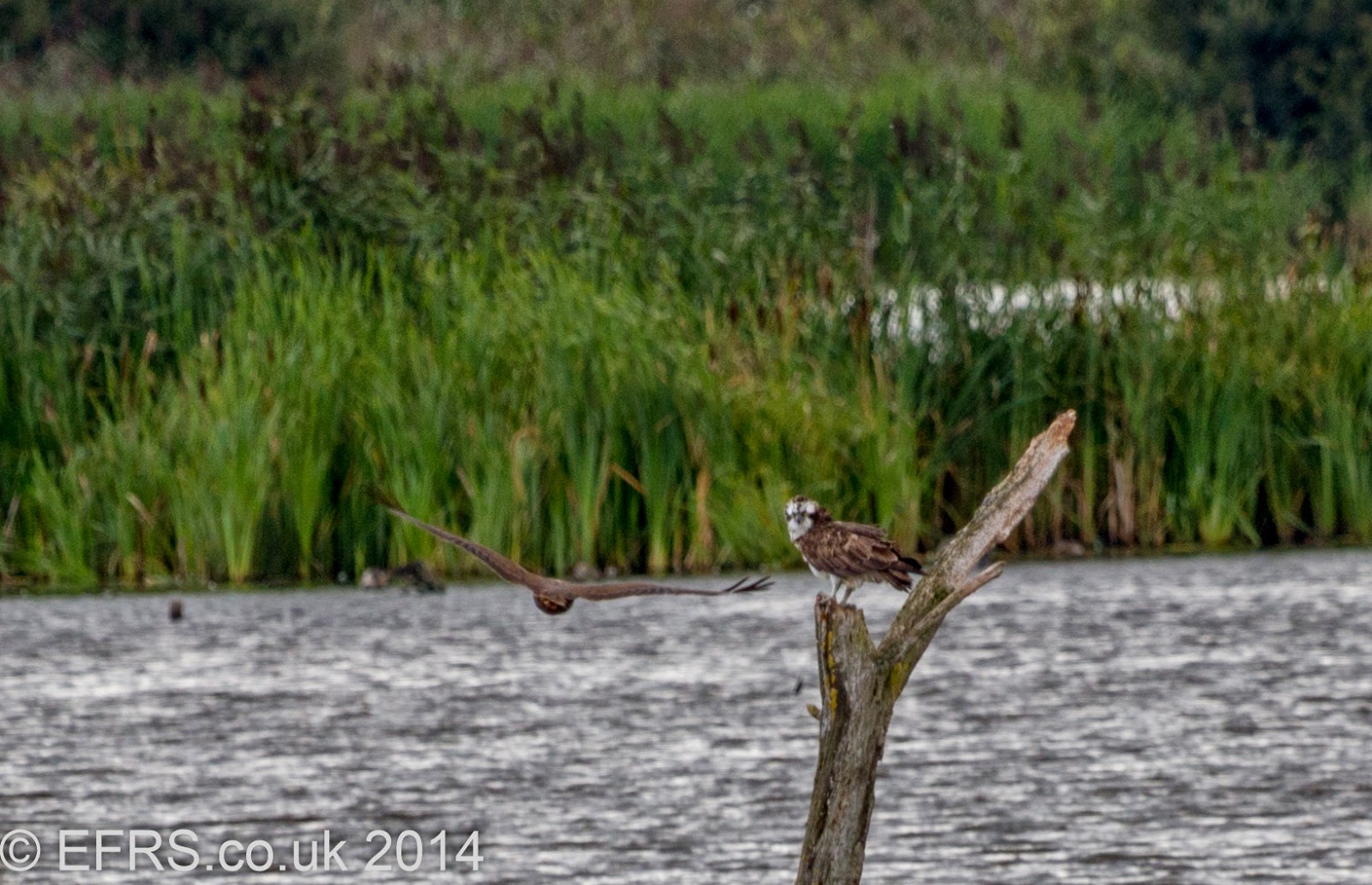 osprey looking at a potential attacker 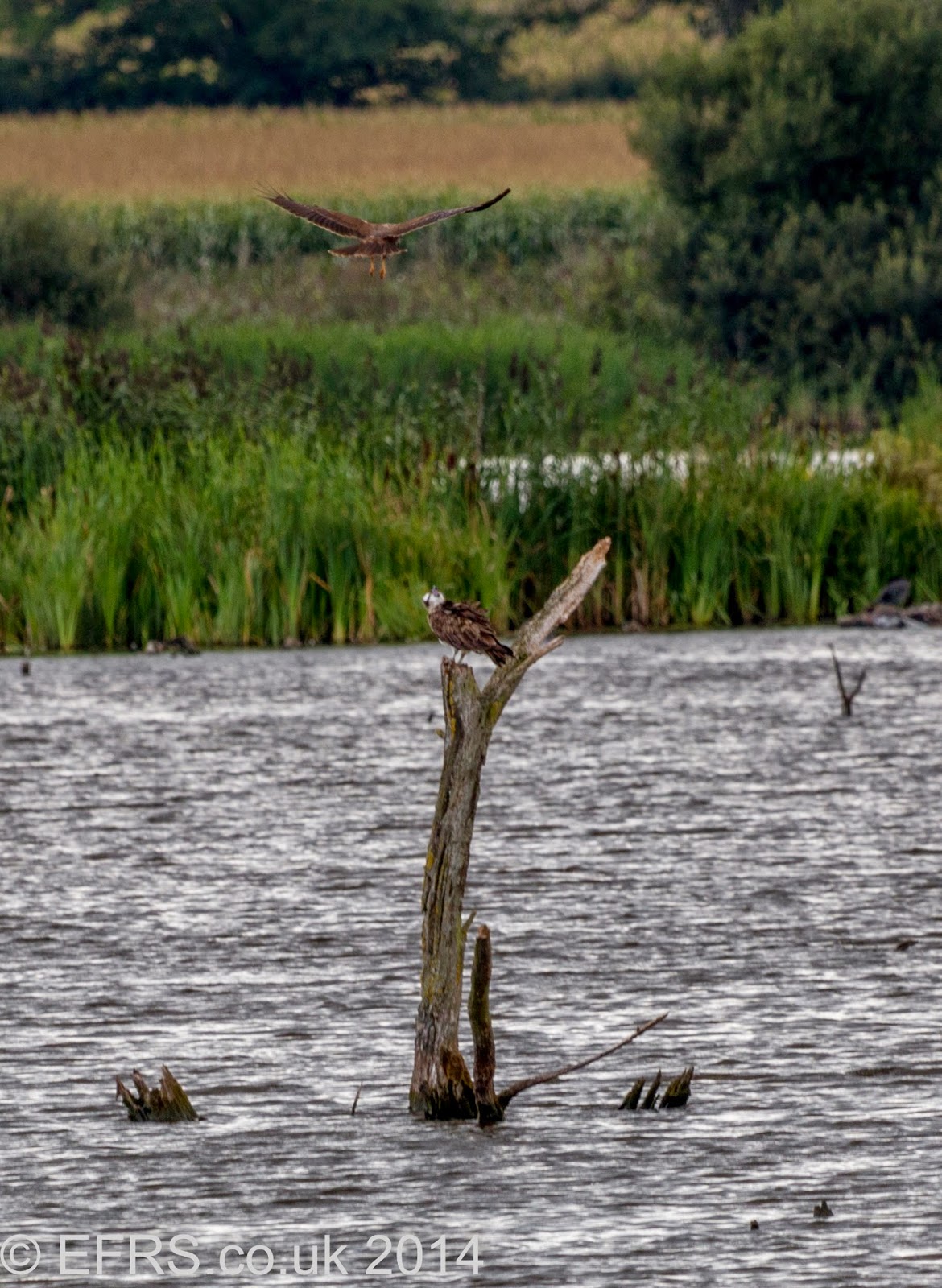 Osprey looking up at a potential attacker

To the untrained eye (By that I mean mine) this potential attacker looks like a Female Marsh Harrier but no, its a juvenile Marsh Harrier. You can tell because it has uniform and pristine feather tips along its wing edges. Older Harriers and Raptors in general tend to have a more ragged edge since they have different aged feathers at different stages of growth.
How do I know this? You ask. Well while I was in there a small party entered including a pleasant guy who also commented that he had seen the Osprey fly over accompanied by a Hobby. I was tempted to ask "Are you sure it was a Hobby" when he mentioned this but thought I would let it pass. As the time went by and chatter commenced I realised that this guy actually knew what he was talking about. In fact he knew A LOT what he was talking about. I did my best to keep up but failed dismally. Lots of erms and arrs when asked about what was going on and where in the area. I finally had to ask him who he was. He turned out to be none other than Richard Crossley of The Crossley ID Guides fame. Over here on a short visit from the States. Very  nice guy indeed. We did have a very good chat later as we went back to the Shapwick Carpark. Mostly about the potential for reintroducing native species in the area that I had never heard of. Mr Riley would have been in his element here. I must admit I had never heard of him however having listened and read his philosophy on Bird Guides I totally agree with him. The idea of showing the birds as they are when you actually see them rather than a neat and tidy up close idealised specimen is both revolutionary and blatantly obvious. But then all the best ideas are like that. I will definitely be looking into the purchase of his guides for the UK. I will not repeat his comment when I handed him the EFRS business card except to say it was the best yet!!

Anyway, on with the bird life. 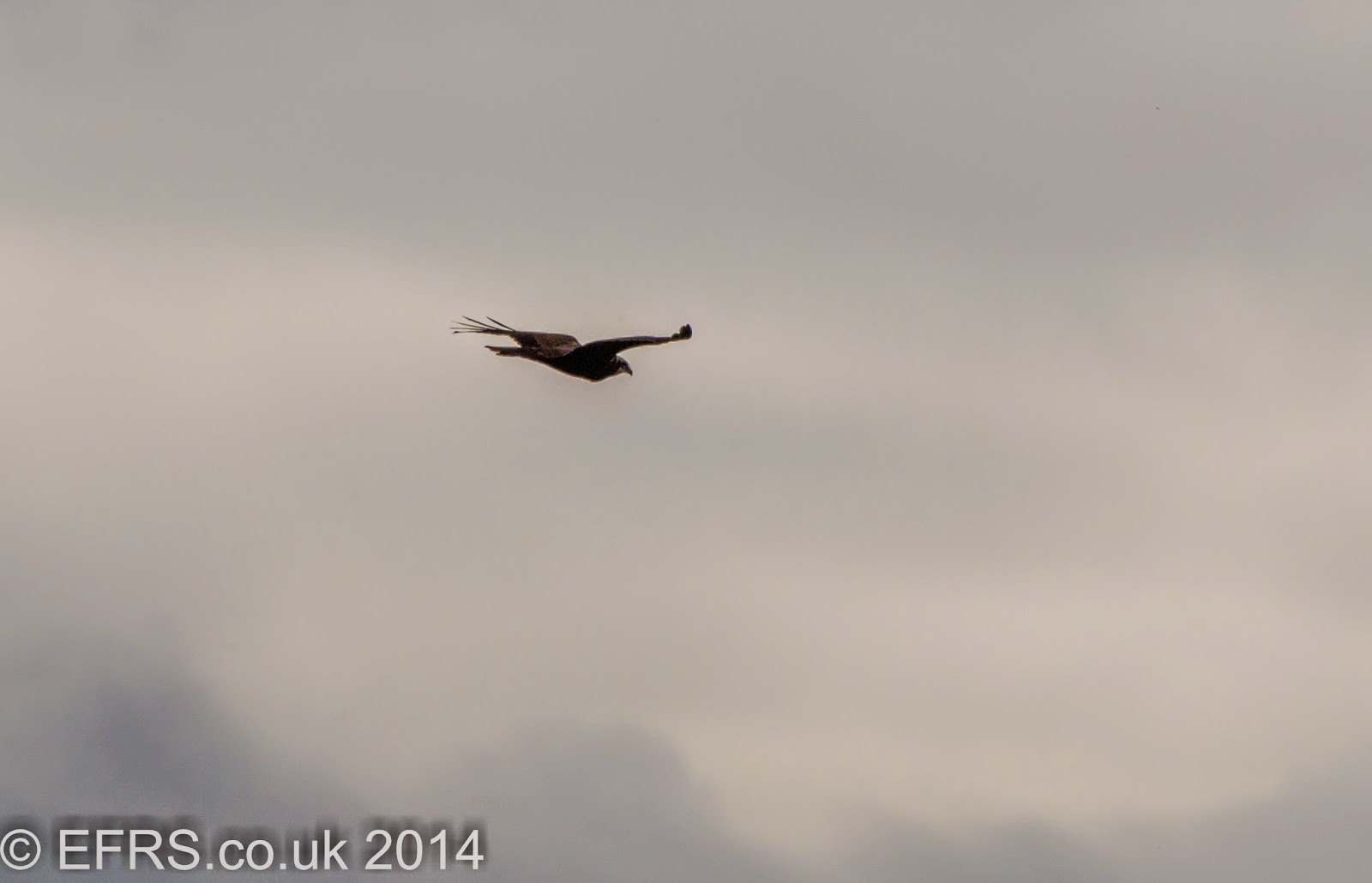 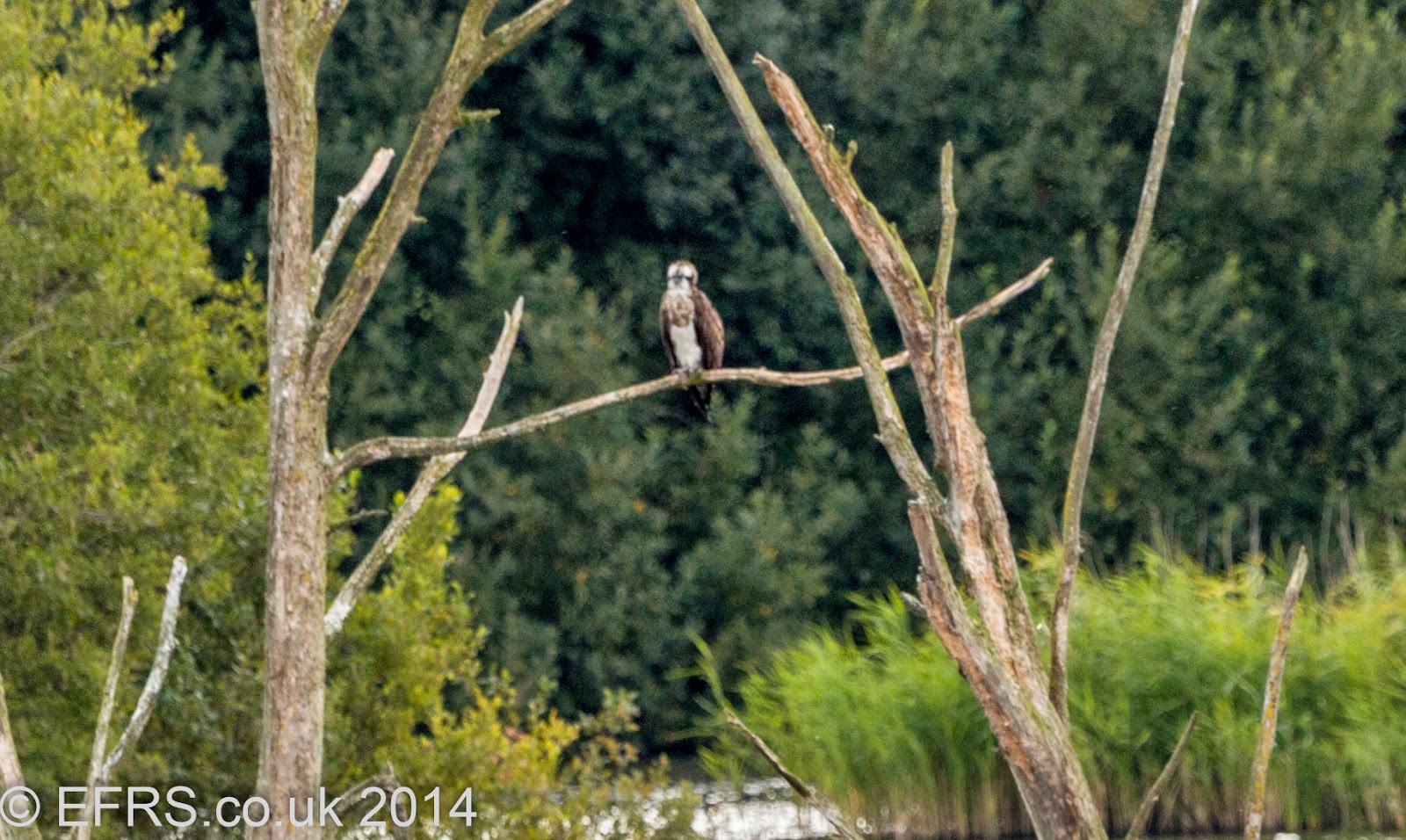 Osprey on a branch after feeding 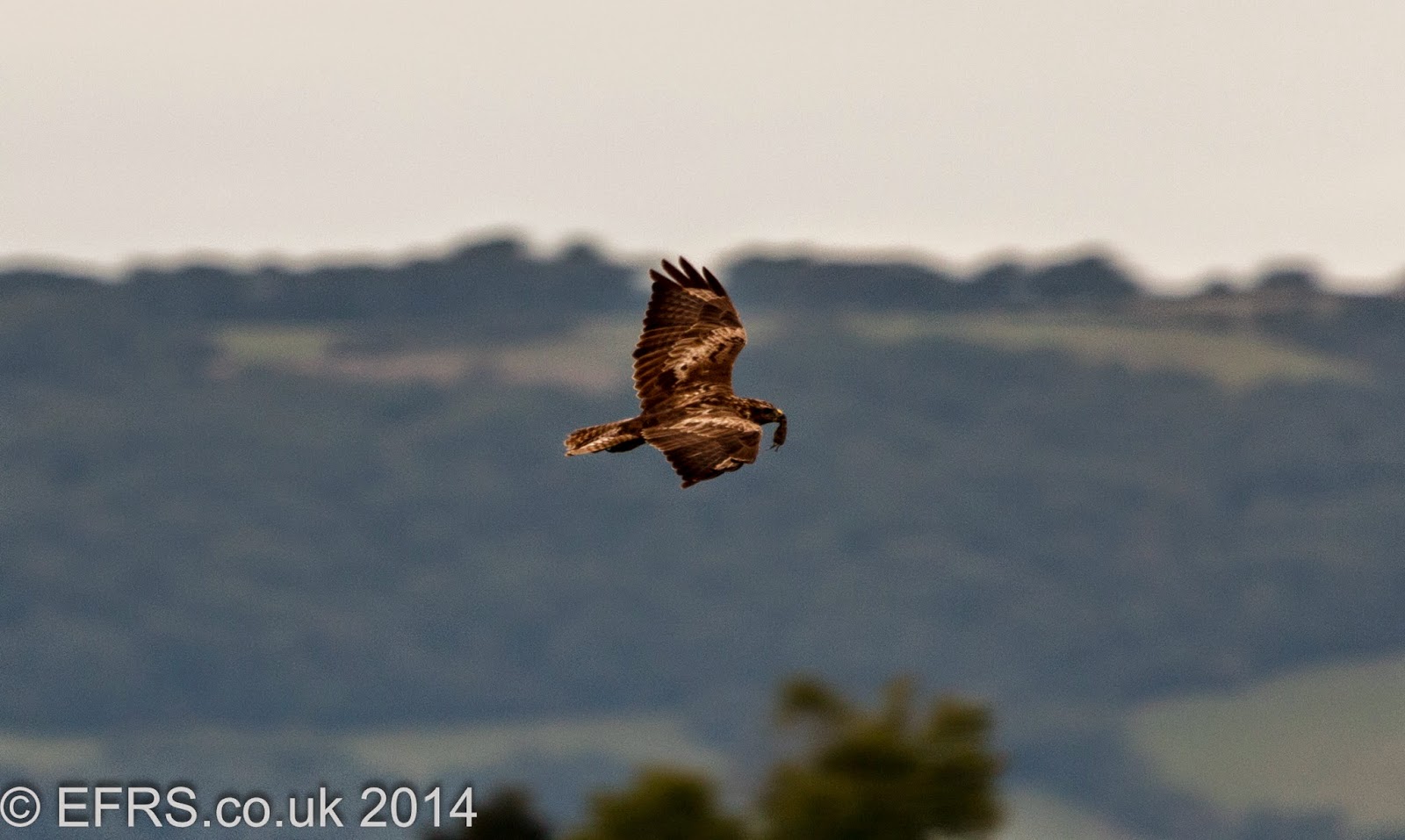 Buzzard with a Rat (probably) 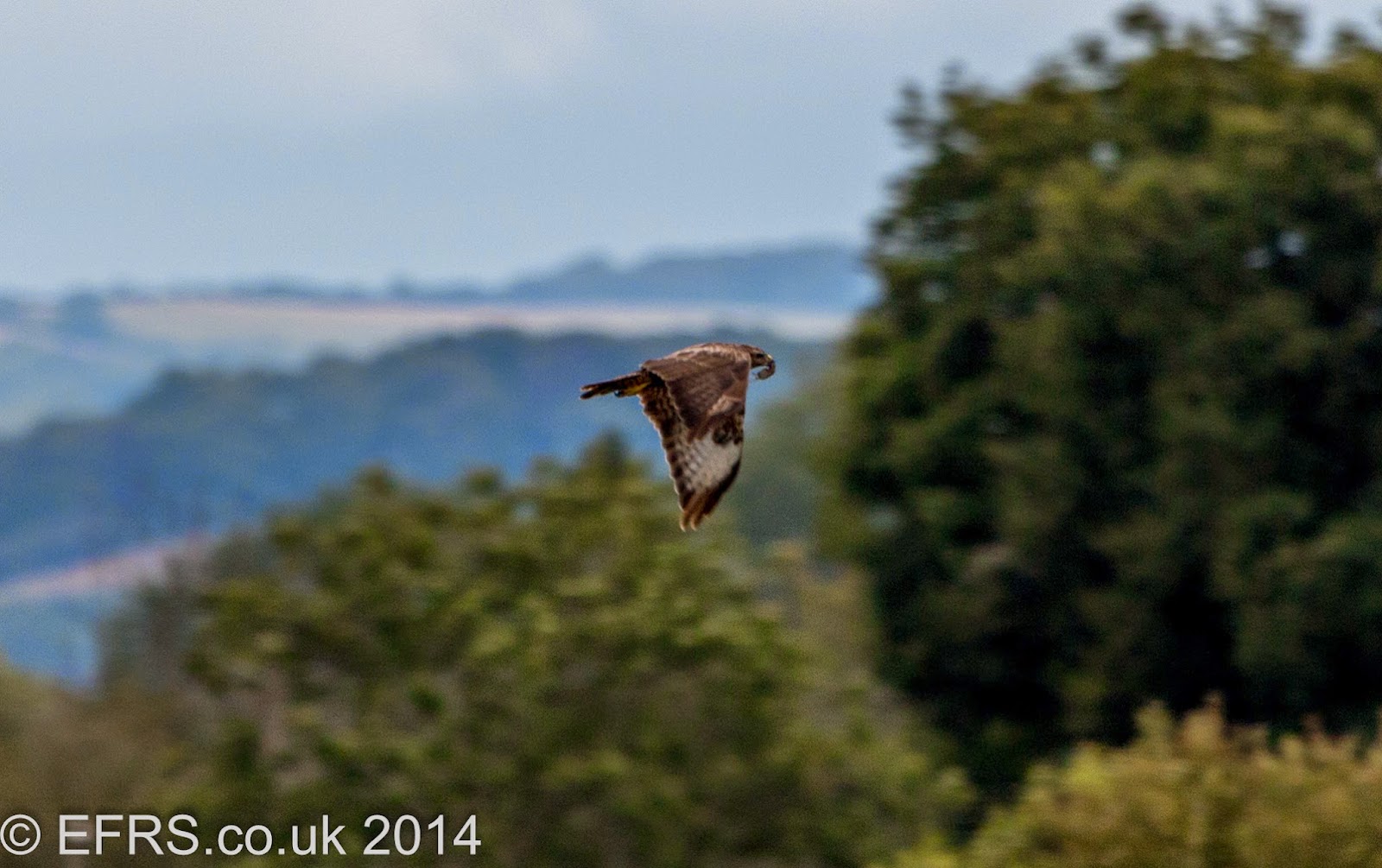 Buzzard with a Rat (Probably) 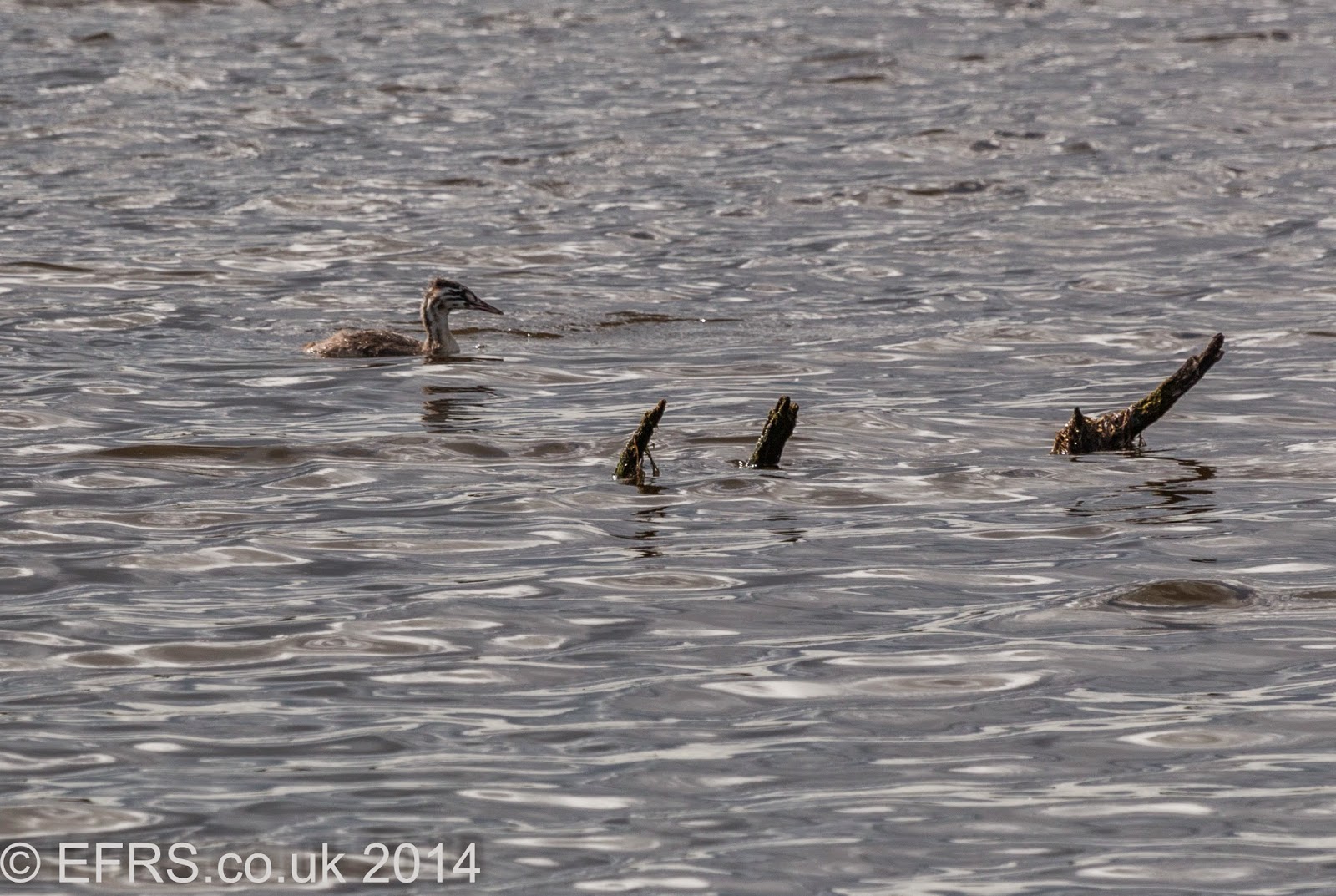 So that was it. I cycled back up the track and road towards the Aqueduct crossing. As I got the the Tee junction it was like a trance. From my left I saw the distinctive beatings of a Peregrines wings. It slowly passed across me and then turned towards me. I was stock still. Just watching this bird fly casually and slowly right up to me. I could see everything. Every detail. It hadn't seen me at all. Then the spell was broken. He jolted and turned, flipped and flew off. Back to the real world and on I went. As I cycled through the Enchanted Wood the exact same thing happened with a Sparrow Hawk. He was sitting on a post as I rowed towards him. I couldn't stop, I was transfixed. He spotted me and few. Unfortunately I didn't manage to look at the edges of their winds to see if they were juveniles or not. 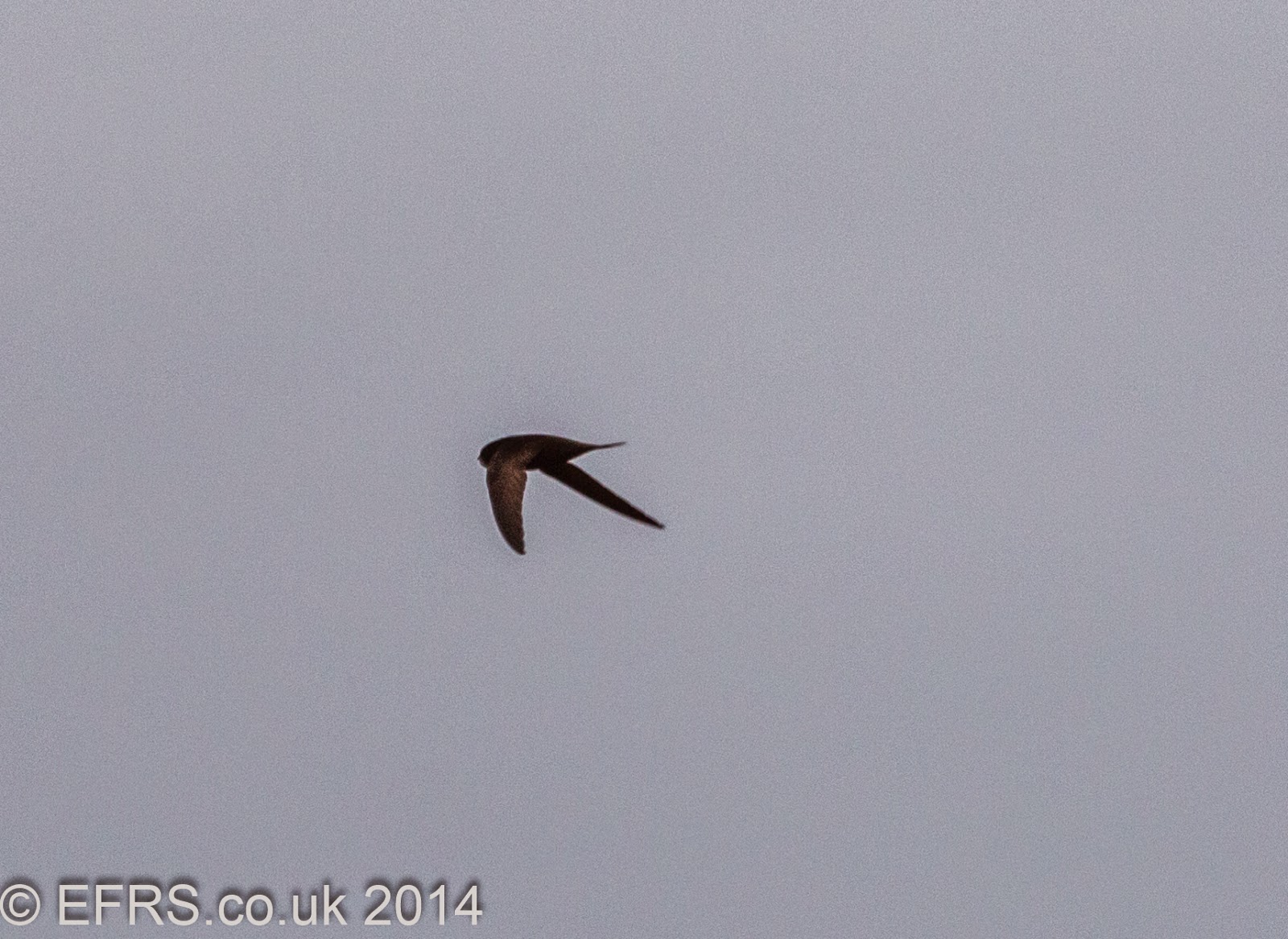 Last of the season?