News of an Osprey at Noahs got me a bit ruffled up.  So I headed out.

The hide was packed but thinned out pretty quickly allowing me a premium spot :-)

To my relief the Osprey has sat on his perch allowing some good views (if a bit distant).  Next to me was a nice gentleman with a small Bushnell scope.  I am in the market for something like this as I sold my 80mm scope as it was a bit heavy and cumbersome for me.  He was more tha happy for me to have a go.  The Osprey looked much better through this bit of kit.  The field of view was narrow but the detail was good.  i liked it... Might have to get on ebay later.

Anyway the Osprey didnt do a lot.  At one point it flew about 10 feet from one dead tree to another and then it sat there and sat there.  After about 40 minutes I admitted defeat but not before a Female Marsh Harrier flyby and a brief view of a Kingfisher.

Hopefully he will hang around for a bit and maybe think about coming a bit closer. 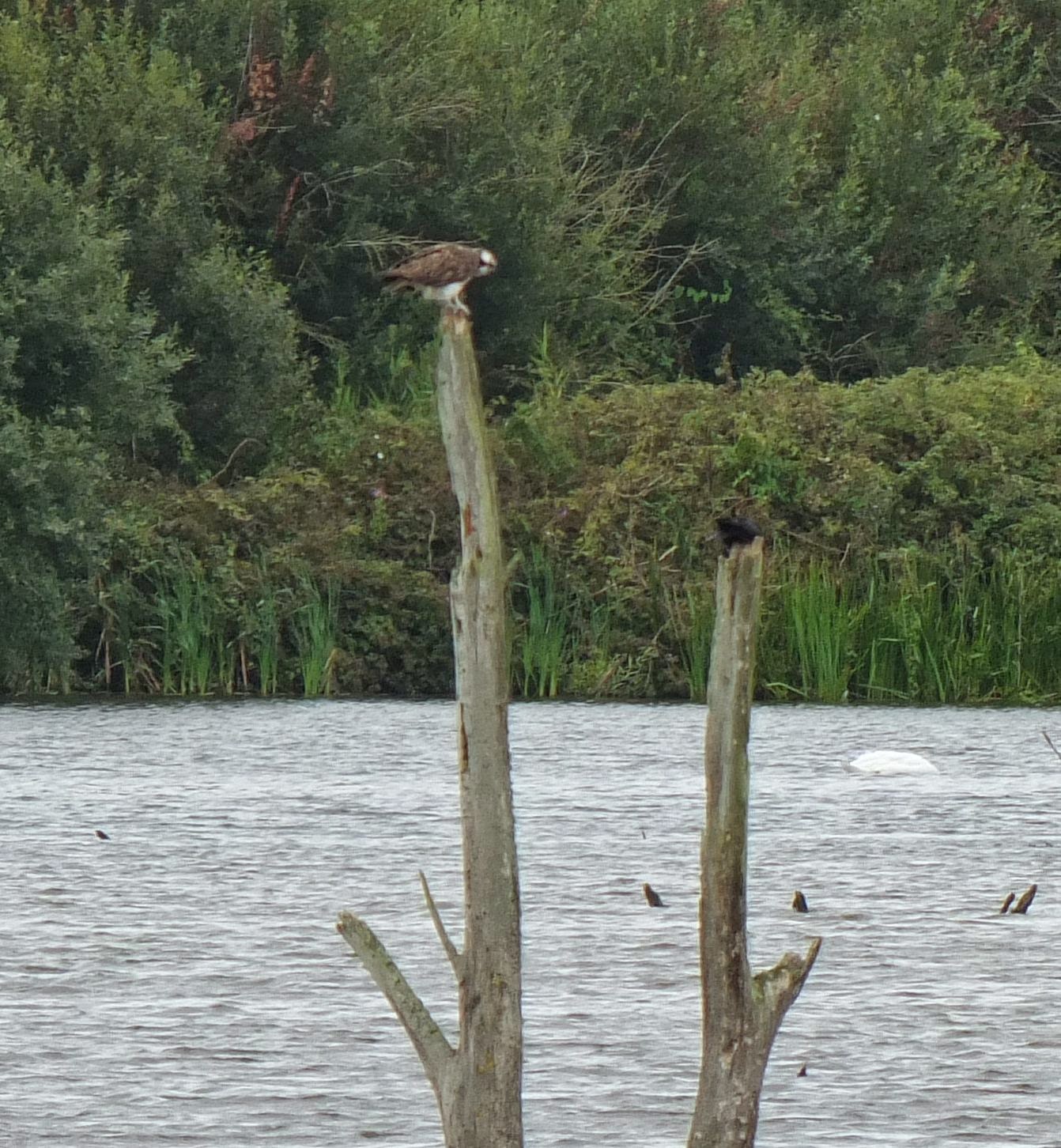 The crow tried to stir him into action but it ultimately failed... 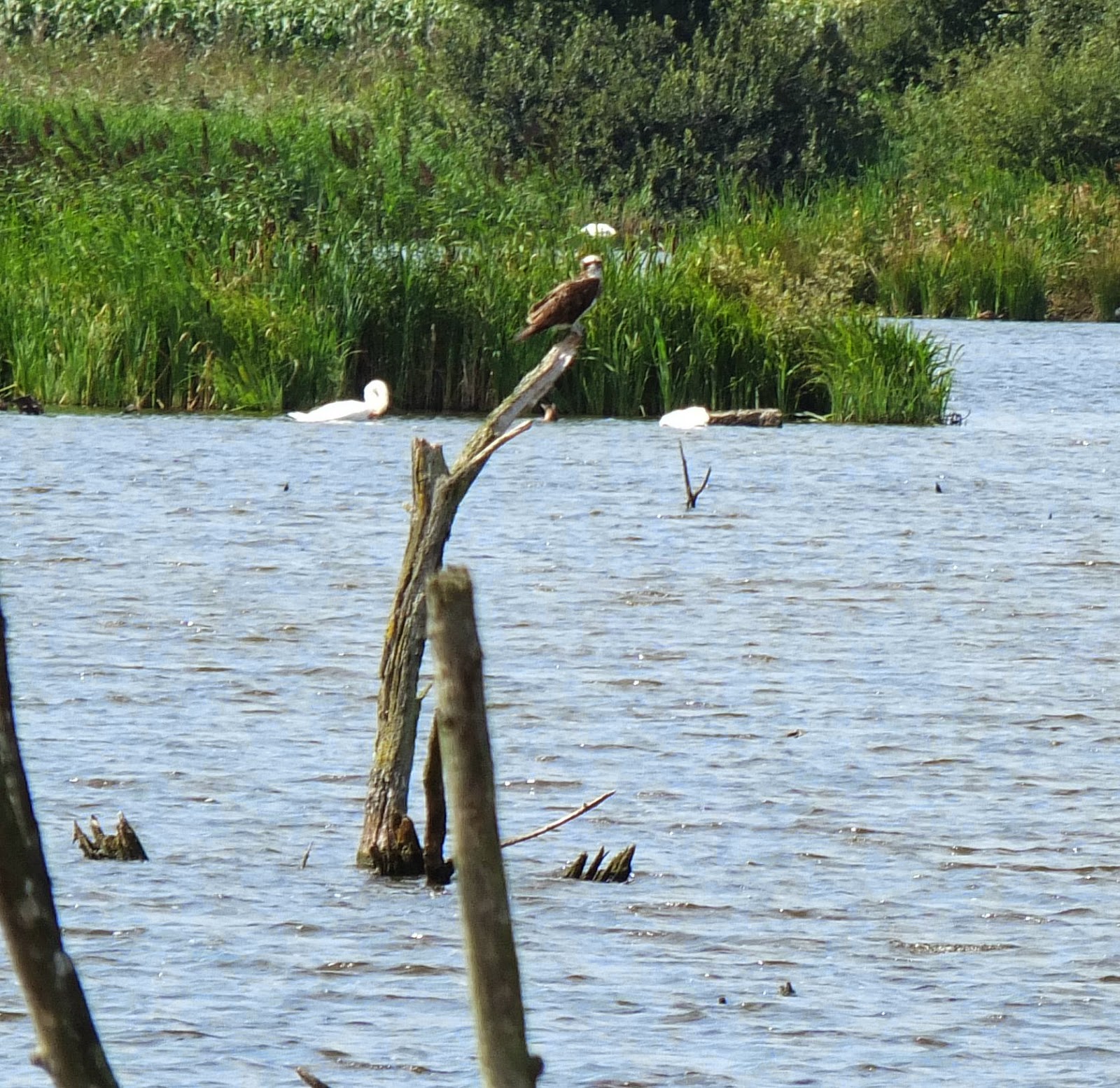